Mr Doodle in Love: The famous artist invites you to a world of romance in his first solo show 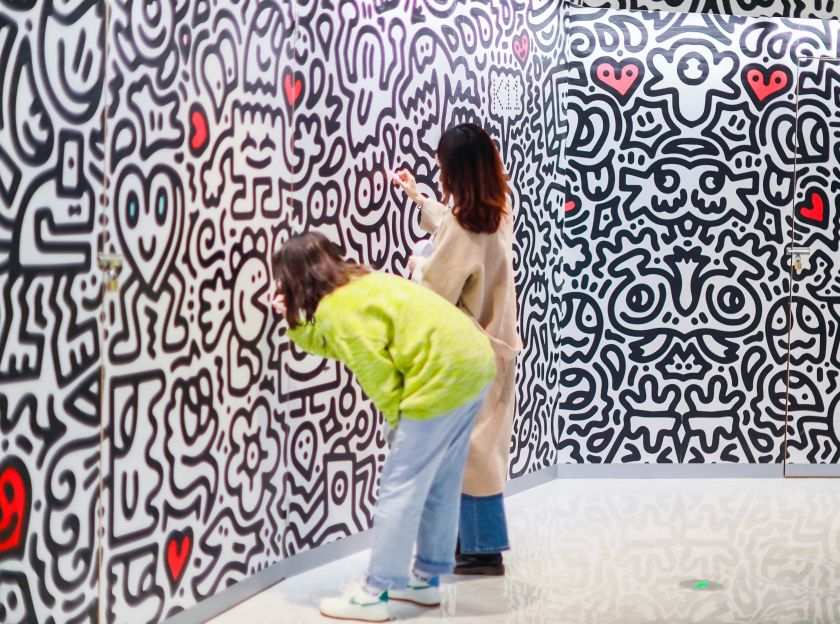 For fans of Mr Doodle, whose meteoric rise to prominence began in 2017, this exhibition is an opportunity to immerse themselves in his world. Reflecting on Mr Doodle’s past where he would break out of canvasses to draw on furniture, bedroom walls and even restaurants and schools, the show lets visitors explore walls that are covered from floor to ceiling in his work. 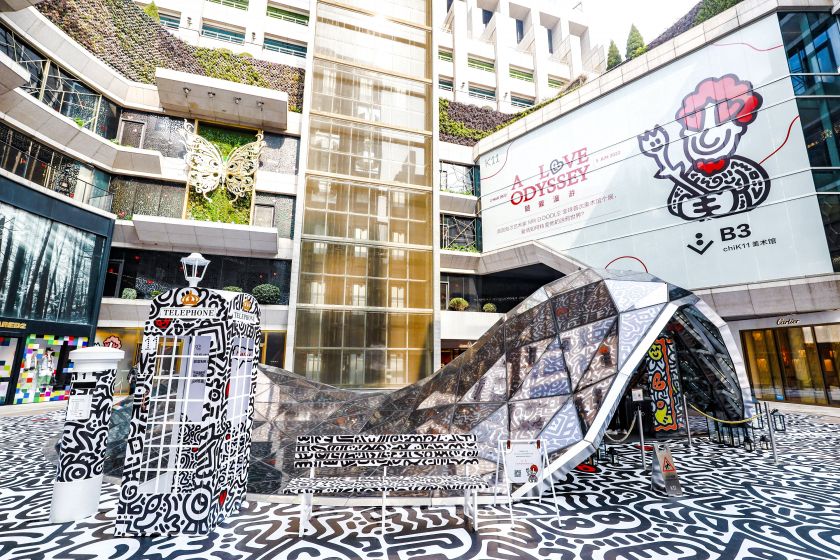 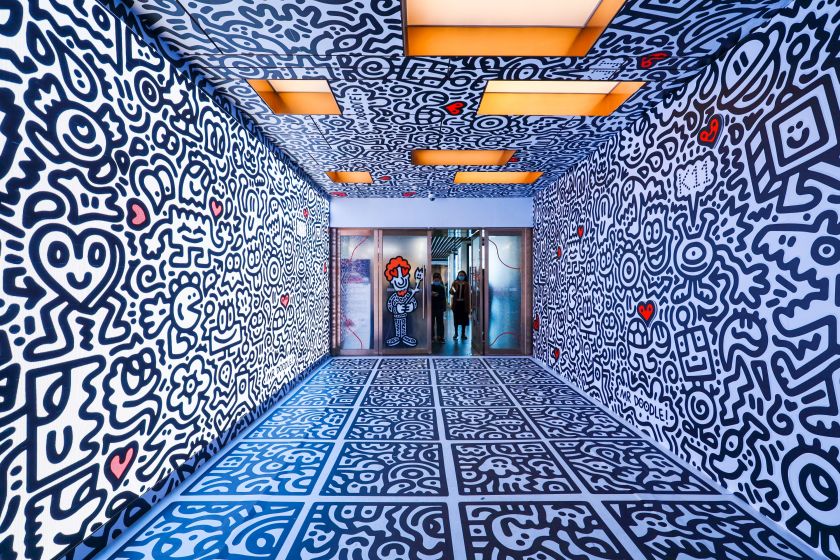 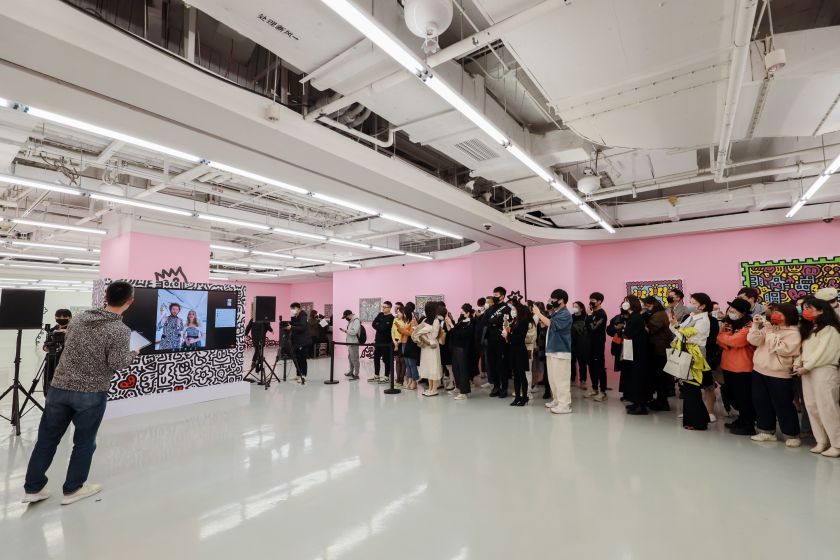 This visual language of filling spaces with dense clusters of incredible characters, patterns and objects that grow and multiply relentlessly has become known as DoodleWorld. At once meditative and therapeutic, it is also a way for Mr Doodle to spread a sense of wonder, happiness and love. “My intention has always been to create a universal doodle language that can relate to and attract people from all over the world,” he explains.

Mr Doodle in Love definitely seems to be fulfilling his aim of attracting people. Once tickets to the large-scale exhibition were available online via Damai – China’s ticketing platform – it was the top-ranking show on the site. This is due in no small part to the presence of his highly sought-after “doodle spaghetti” pieces which do a great job of introducing the creative realm to young audiences and showing how artistic creations can blend into daily life.

As well as losing themselves in Mr Doodle’s work, visitors also get a glimpse into his life as the exhibition tracks the course of his life as he gets married to fellow artist Mrs Doodle (Alena Cox). The couple tied the knot in 2021, and thanks to work being presented in chronological order, you’re able to track how their relationship has transformed his paintings in terms of subject matter, creative direction, and use of colour. The couple’s wedding suit and wedding dress are also on display for the very first time. 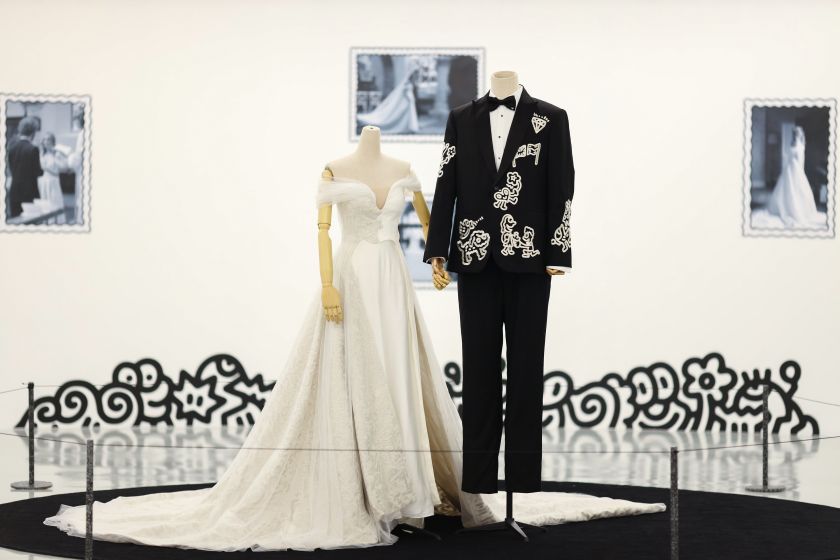 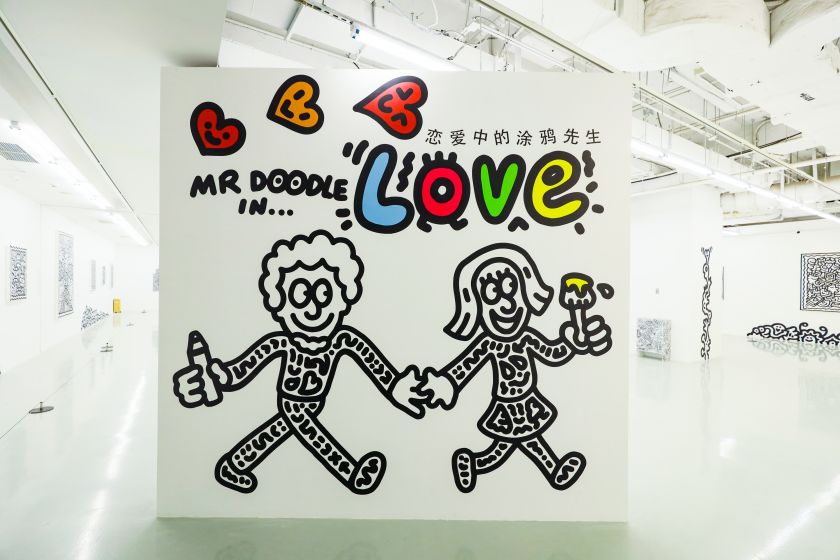 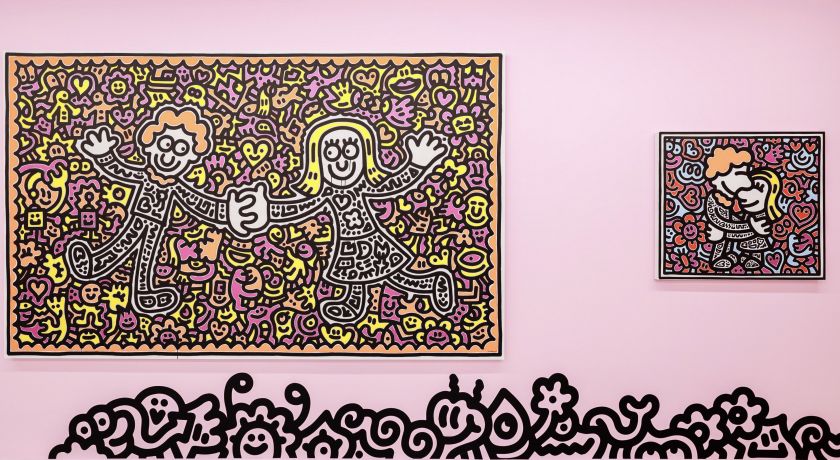 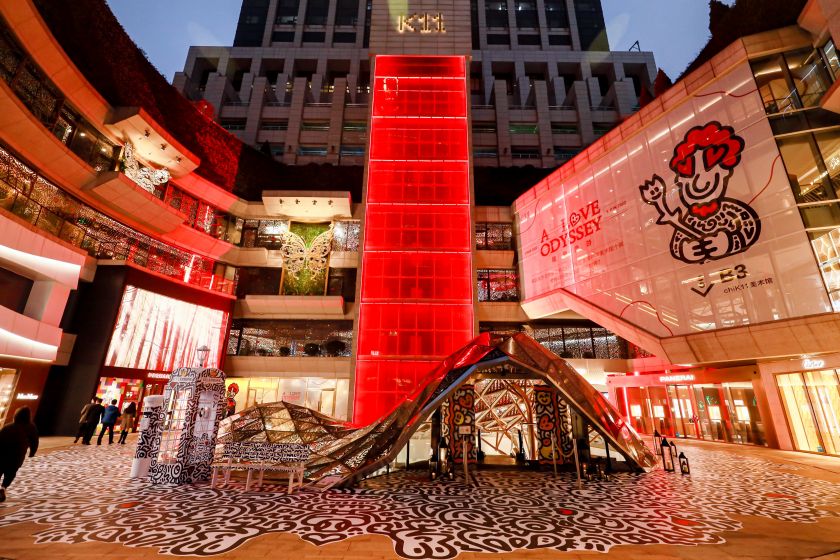 Another featured section at the exhibition is The Mr Doodle Living Room. In this area, the walls are adorned with DoodleWorld stickers, as is the furniture. It’s like you’ve taken a step into one of his murals, plus you get to interact with his creative process by adding stickers received upon entry to the various surfaces.

Lucky visitors might also get the chance to Mr Doodle himself. This is thanks to the presence of a British-style phone box on the ground floor, which the artist uses to make surprise calls. Postcards collected from visitors at the exhibition will also be sent to Mr Doodle, so if you’ve got something you’re dying to tell him, this is the way to go. And if the exhibition has put you in a romantic mood, head up to the second floor where you can colour in love hearts with specially provided crayons.