To kick off the summer, USPS has teamed up with to release a glimmering collection of stamps that celebrate 10 years worth of images of the Sun. Printed with a foil treatment, the 10 designs are derived from some of the Sun’s most alluring phenomena captured by the Solar Dynamics Observatory, to illustrate different sun chronicles such as plasma blasts, sunspots, and solar flares.

NASA launched a spacecraft, the Solar Dynamics Observatory (SDO) in February 2010 as a way to monitor the Sun’s activity in geosynchronous orbit above Earth. Each image is colorized by NASA and does not represent the actual colors of the sun as perceived by human eyesight. The striking colors go in accordance with the different wavelengths that reveal or highlight specific features of the Sun’s activity.

SDO has provided hundreds of millions of images of the Sun with more than a decade of observation. “What SDO has done is given us the ecology of the Sun,” said Dr. Dean Pesnell, SDO project scientist at NASA Goddard. “We see events big, we see events small, and now we start to see how each size affects the others. It’s giving us the big picture, one detail at a time.”

Two of the stamps feature images of coronal holes, one highlights sunspots, two depict plasma blasts, two show coronal loops, one is a view of an active sun that emphasizes its magnetic fields, and the last two show different views of a solar flare.

These stamps are now available for purchase in sheets of 20 from .

USPS and NASA have collaborated on 10 stamp designs celebrating some of the Sun’s most alluring phenomena captured by the Solar Dynamics Observatory. 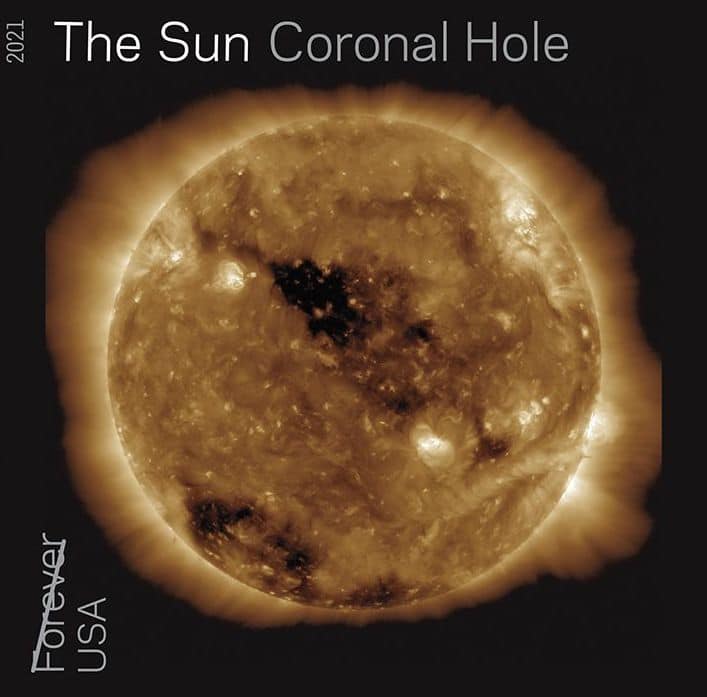 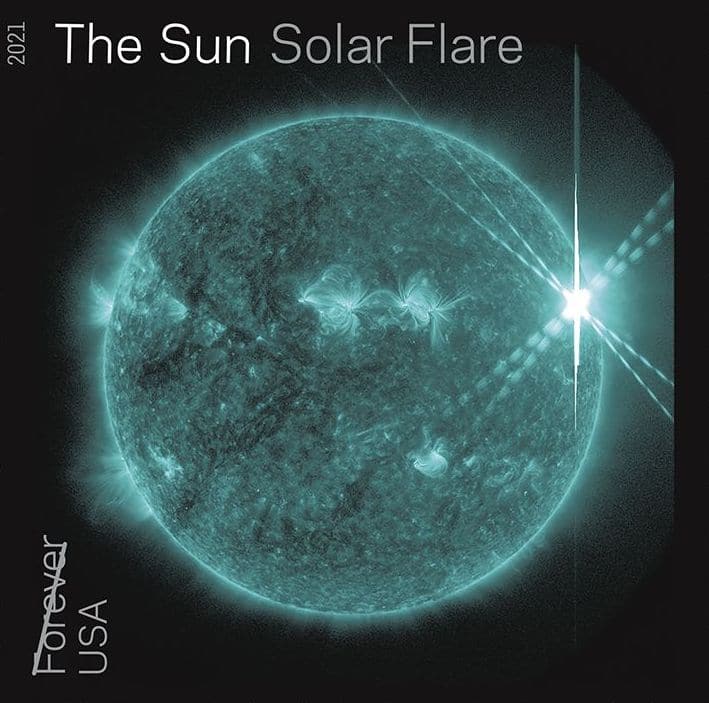 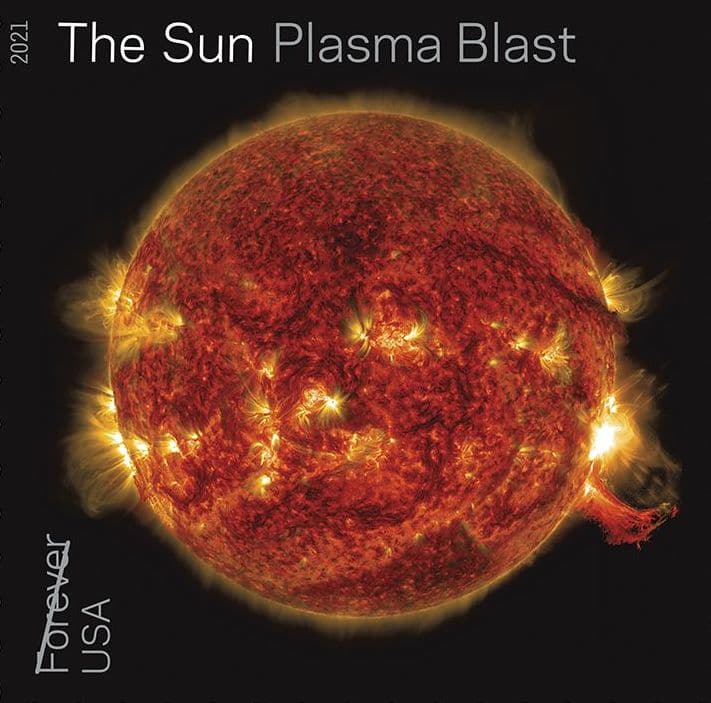 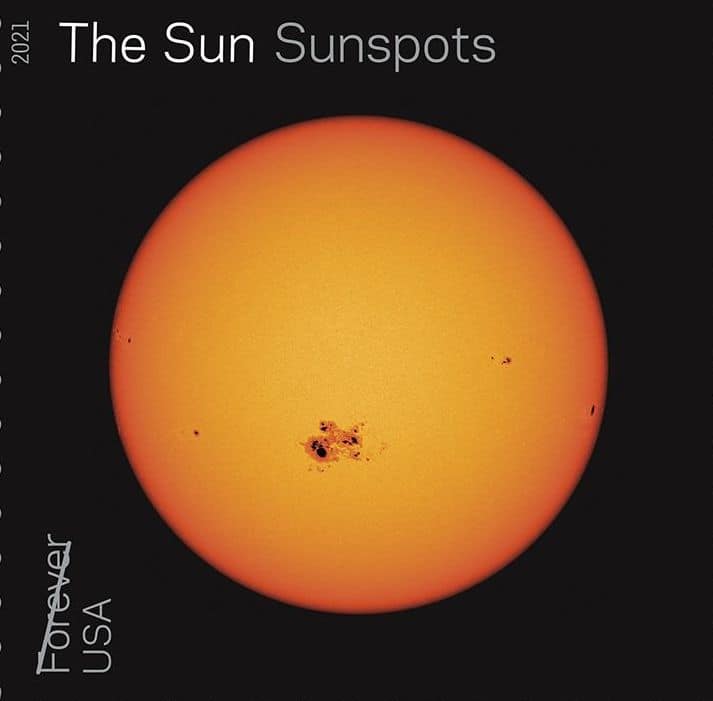 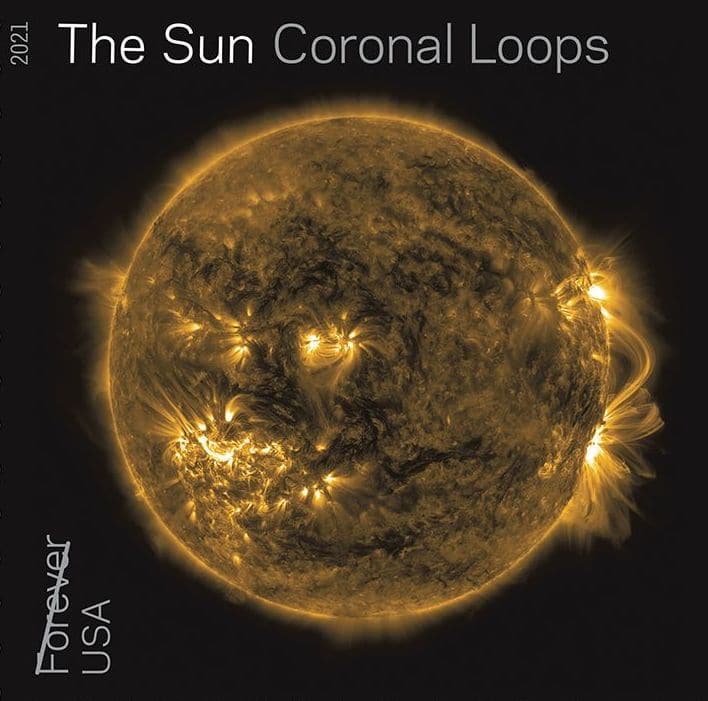 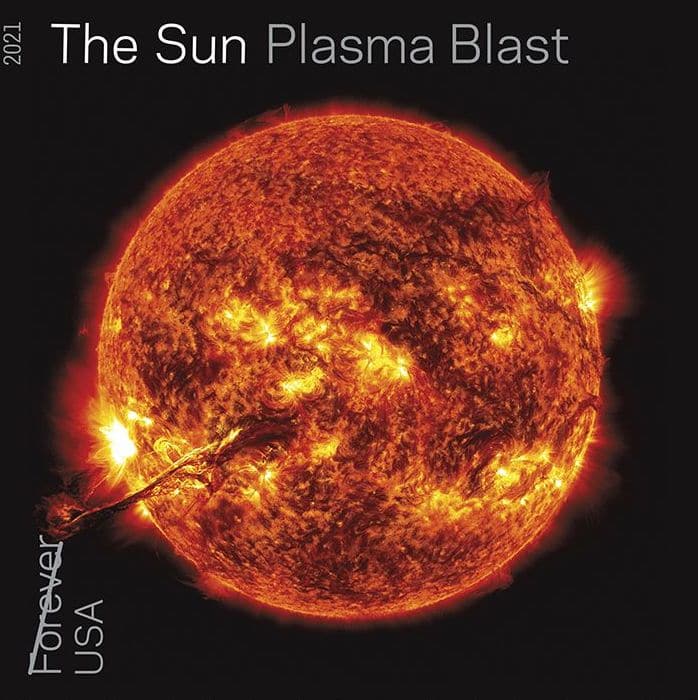 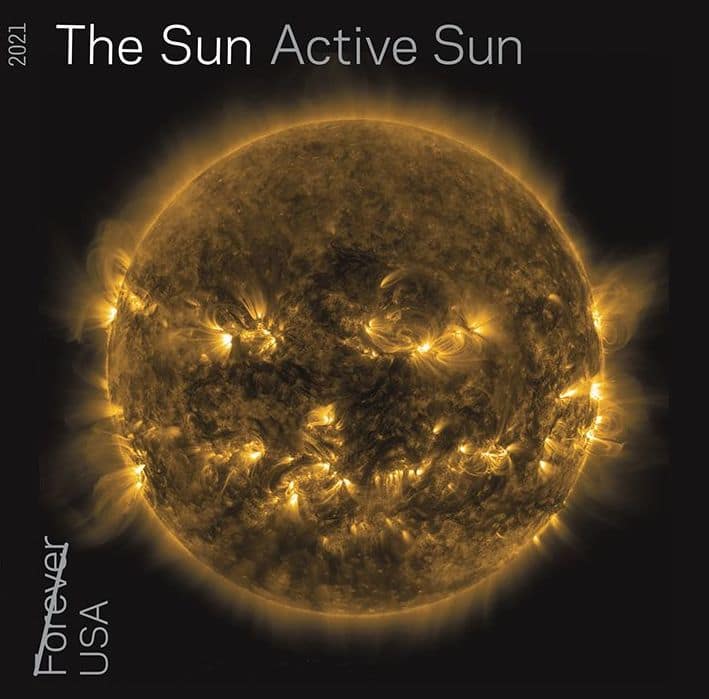 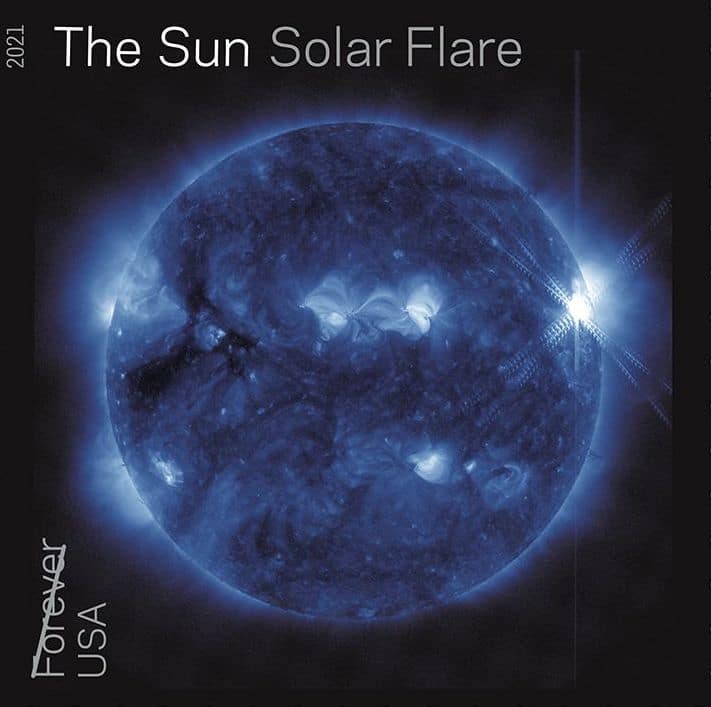 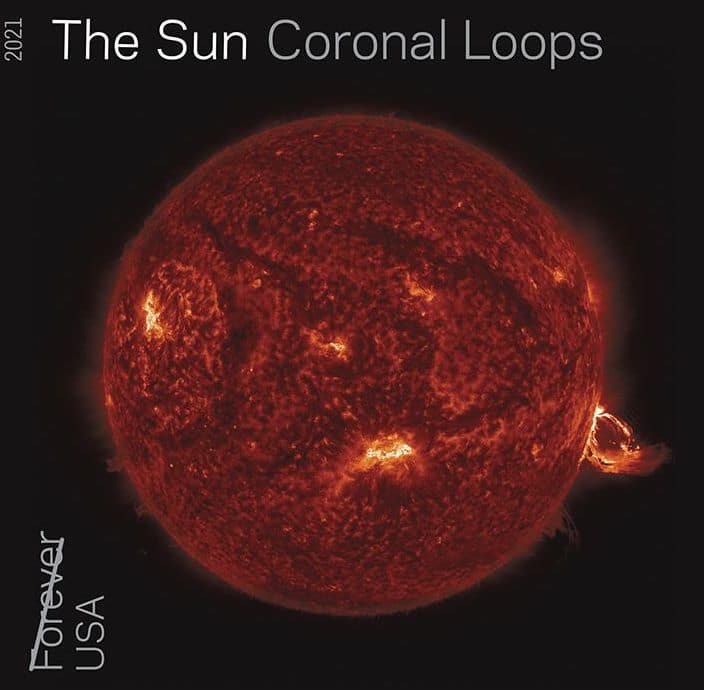 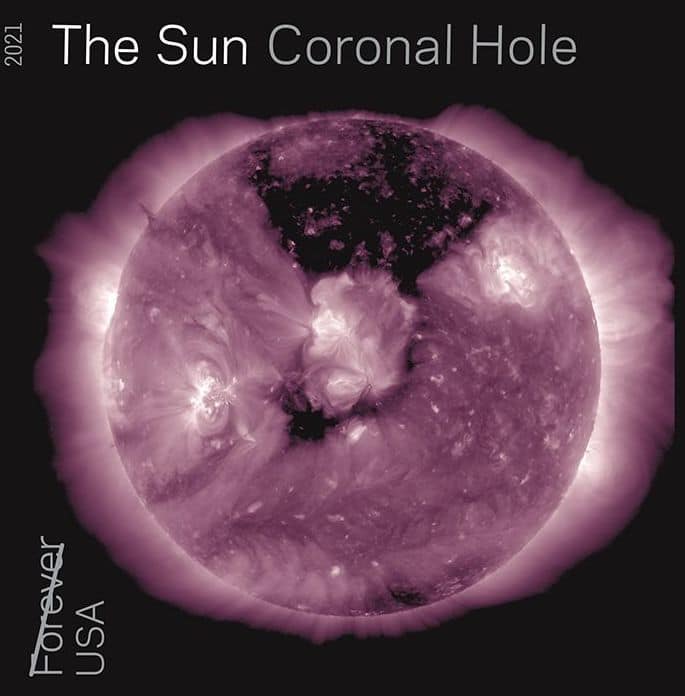 Watch the video below to dive deeper into the colorization process.

All images via NASA.