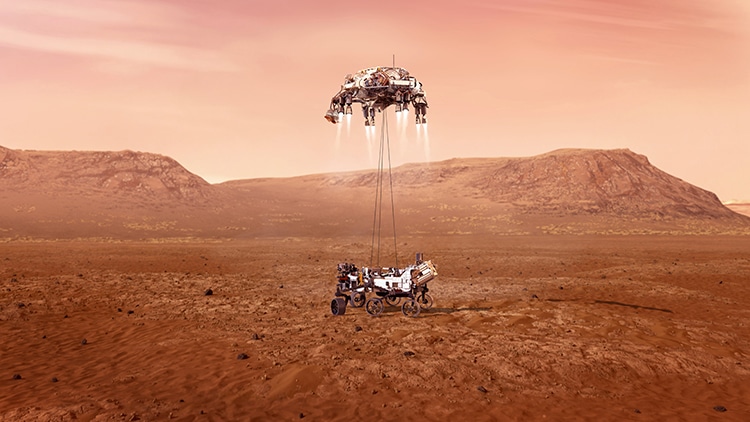 Illustration of NASA Perseverance touching down on Mars. (Photo: )

As of Thursday, February 18, 2020, ‘s fifth ever Mars rover has successfully landed on the dusty red planet. After an almost seven month journey across the 292.5 million miles separating Mars from Earth, is ready to begin its first two-year mission around the Jezero Crater area. This ancient lakebed may hold fossils proving there once really were living Martian organisms. The rover is going where no man or machine has gone before with the plan to return samples of the lakebed to Earth by the 2030s. Perseverance’s landing is a tremendous step in the history of space exploration.

The Perseverance mission to Mars is aptly named. The craft is the product of years of research and engineering, a monumental investment on behalf of NASA. This fact weighed heavily on the mission team during the “seven minutes of terror” in which the rover executed its own landing on the surface of Mars. This pre-programmed descent must allow the craft carrying the rover to decelerate from 12,000 miles per hour to 1.7 miles per hour in just minutes. The craft must also withstand scorching heat as it enters Mars’ atmosphere. NASA has little control over the (EDL) as all radio transmissions to Mars have an 11-minute lag. Despite this delay in updates from the rover, the jubilation at NASA mission control exploded when the first image transmission from “Percy” was received. President Biden himself called NASA leaders to congratulate them on this historic mission.

Despite being the fifth American rover to explore Mars, Perseverance’s mission has the potential to be revolutionary. Firstly, “Percy” carries a four-pound helicopter known as Ingenuity. The craft will eventually be deposited by the rover, left on its own to survive the elements until it attempts its planned 20 second flight. If successful, this will be the ever flown in another atmosphere.

The Perseverance rover will also move faster than its predecessors—at the slow speed of under 0.1 mile per hour. For this reason, the mission will take two years for a planned route of about 15 miles. Along the way, the rover will collect samples to be returned to Earth by later crafts. This will likely not happen for a decade. When NASA can analyze the samples, they hope to find fossilized micro-organisms which present proof of life along the ancient lake. Lastly, loaded aboard “Percy” is a technology of sci-fi legend. A machine about the size of a cubic foot contains the technology for the Mars Oxygen In-Situ Resource Utilization Experiment (MOXIE). MOXIE will try to convert carbon dioxide in the Martian atmosphere into breathable oxygen—a significant step towards human exploration of Mars.

To follow along with the NASA Perseverance Mars Rover on its journey, follow the rover’s and NASA’s . NASA will also continue to update the public with returned by the rover.

On February 18, 2020, NASA landed their Perseverance Mars Rover on the surface of the red planet.

Hello, world. My first look at my forever home.

After a stunning seven-minute descent, the rover has arrived for its two-year mission searching an ancient lakebed for signs of long-lost Martian life.

Congratulations to NASA and everyone whose hard work made Perseverance’s historic landing possible. Today proved once again that with the power of science and American ingenuity, nothing is beyond the realm of possibility.

The mission will also include an attempt to fly a helicopter in Mars’ atmosphere and an experiment in converting carbon dioxide into oxygen.

Touchdown confirmed. The is complete, but the mission is just beginning.

This mission to Mars marks a huge step in space exploration. 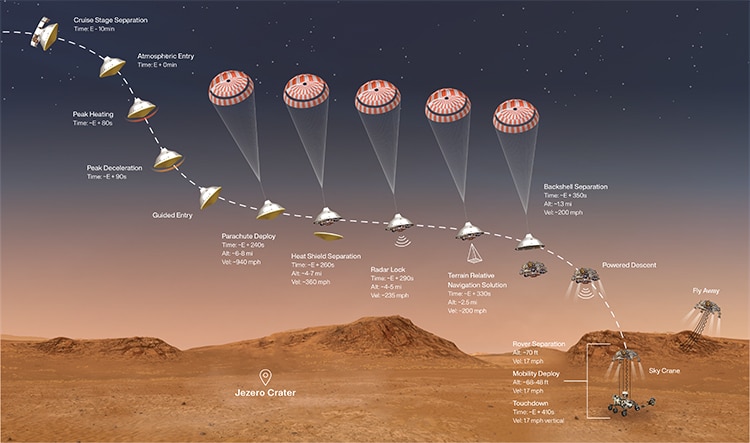 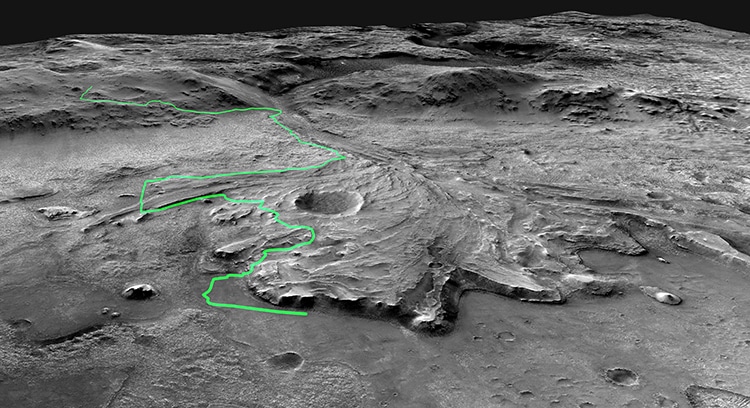 Potential route for the rover across the Jezero Crater, where it can investigate ancient remnanants of what may once have been habitable environments. (Photo: )

Watch the landing and hear from mission control in this recording.