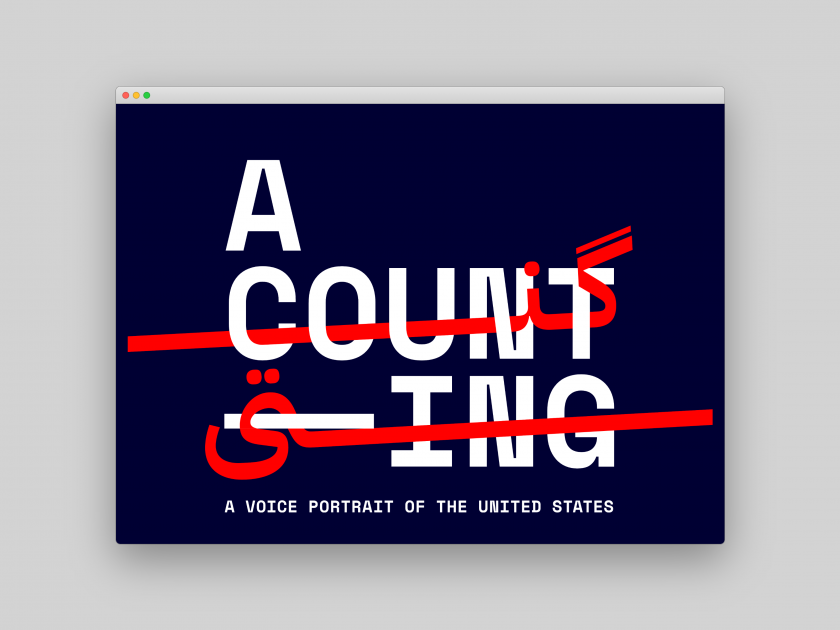 Ekene Ijeoma’s Poetic Justice group at MIT Media Lab has launched a new web-based work that aims to create “a space for public art that reaches people where they are, facilitating a much-needed sense of unity”.

Titled , the work – the first project from the Poetic Justice Group at MIT Media Lab, headed by artist and assistant professor of Media Arts and Sciences at MIT – is designed to be accessed via mobile phone. Various iterations see it open to residents of different cities. So far, editions of the project have been completed in New York and Houston, and the official webpage for St. Louis is currently online.

This current edition, hosted by The Contemporary Art Museum St. Louis, “invites people across the city to share their voice and demonstrate the diversity of languages spoken by those who live” there. This leg of the project is being developed as part of the museum’s online audience engagement platform CAM Anywhere​ and is an ongoing generative sound and video piece. It features people local to or hailing from St. Louis, counting to 100 in their language(s) and accent(s). Indigenous St. Louis languages and dialects include Chickasaw, Illini, Ioway, Otoe-Missouria, Osage, Quapaw, Sac &Fox and Shawnee. These recordings are submitted to the project and then algorithmically spliced into separate number samples. 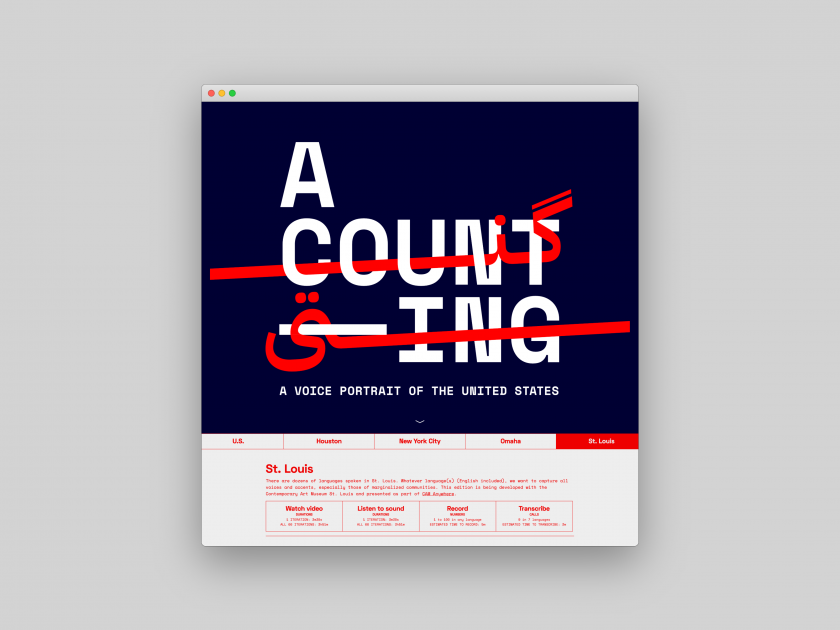 Local people are then invited to call a hotline, where they can hear their randomly allocated vocal samples. They’re then invited to transcribe what they hear onto the site, where the samples are then remixed in real-time into a count to 100 with a different voice and language for every number. The playback is, theoretically speaking, infinite; since when one count ends, another starts.

Every participant, both callers and subscribers, who shares their name gets a credit in the video on the website. The result of all the voices, languages, dialects and transcriptions is a “sound portrait” of St. Louis, describing the place in an entirely new and unique way.

“​A Counting​ creates space for all languages and accents to coexist,” says Ijeoma. “​A Counting​ serves as a meditation and speculation of what a unified society could sound like.” 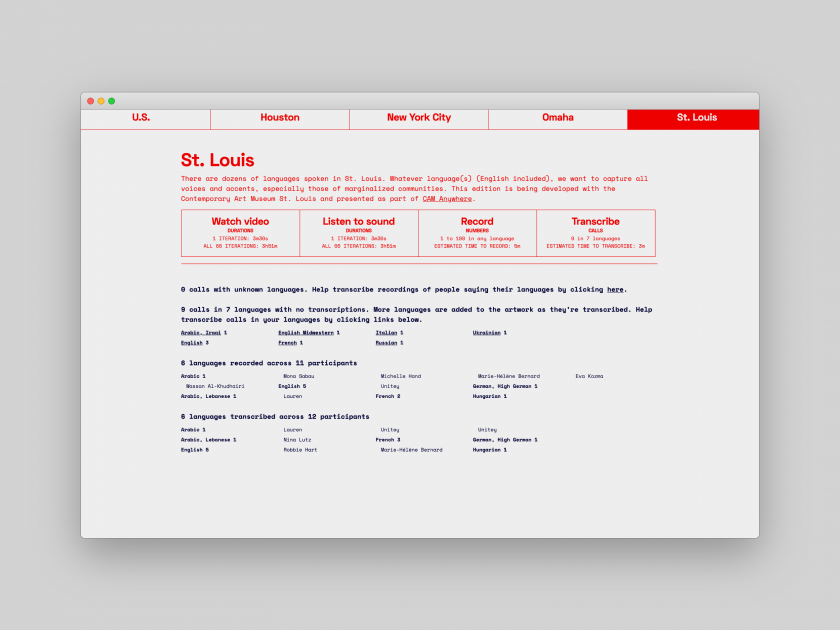 Ijeoma’s conceptual art practice focuses on projects that “encourage new ways of seeing and understanding social issues” through translating research and data studies into multimedia and multi-sensory works of art. Her work has been shown at spaces including the Design Museum in London, the Museum of the City of New York, the Museum of Modern Art, Istanbul Design Biennial and more.