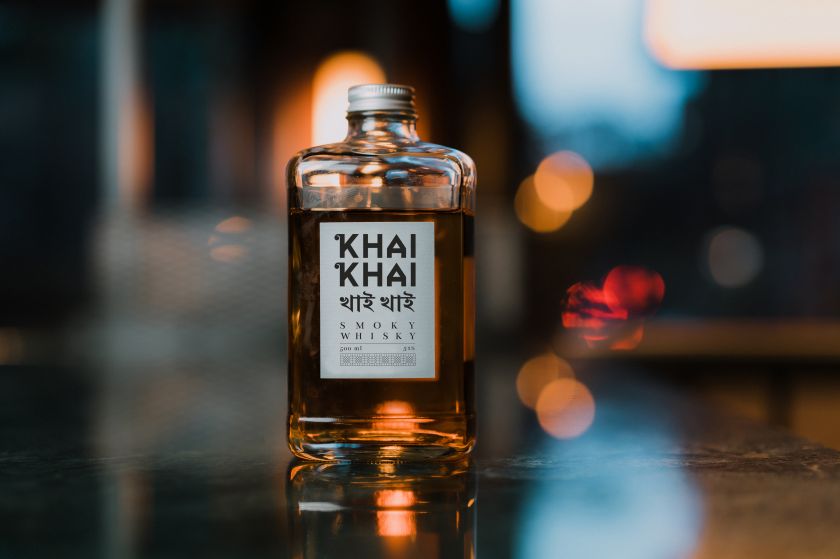 London-based branding and interiors agency has created the designs for the new “premium Indian restaurant” Khai Khai in Newcastle. The agency has been working on the space over the past year and a half.

Run For The Hills worked across the logo and website design; brand illustrations and materials; typography; in-venue graphics, signages and artworks, uniform design and complete interior design. The space is themed around the idea of ‘Smoke Play’, “reflecting the expertise of highly skilful chefs” cooking over coals, “bringing to mind the shifting interaction of darkness, fire and transparency”.

The branding and interior designs are inspired by “Indian culture and heritage,” the agency adds, aiming to create a “bold and sophisticated” brand identity while “adding some magic and drama to the interiors.”

Run For The Hills was appointed for the project by restaurateur Jaf Ali, having previously worked on his award-winning Dabbawal brand. 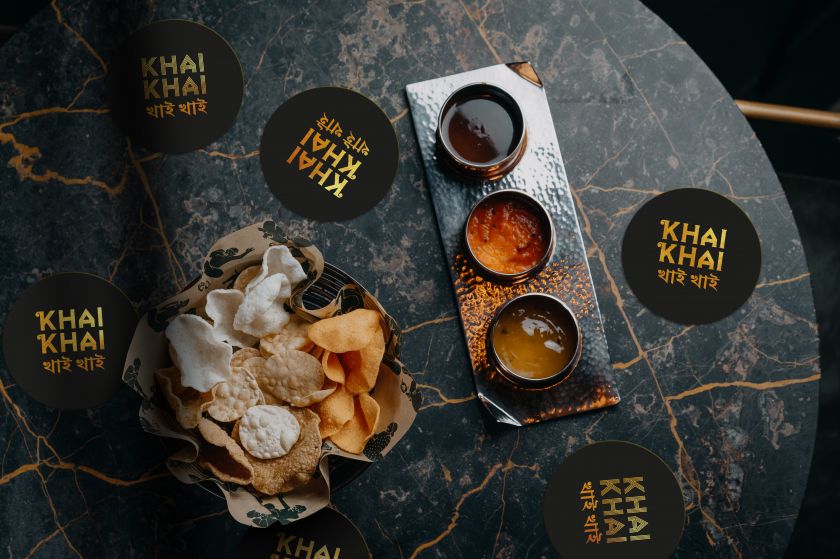 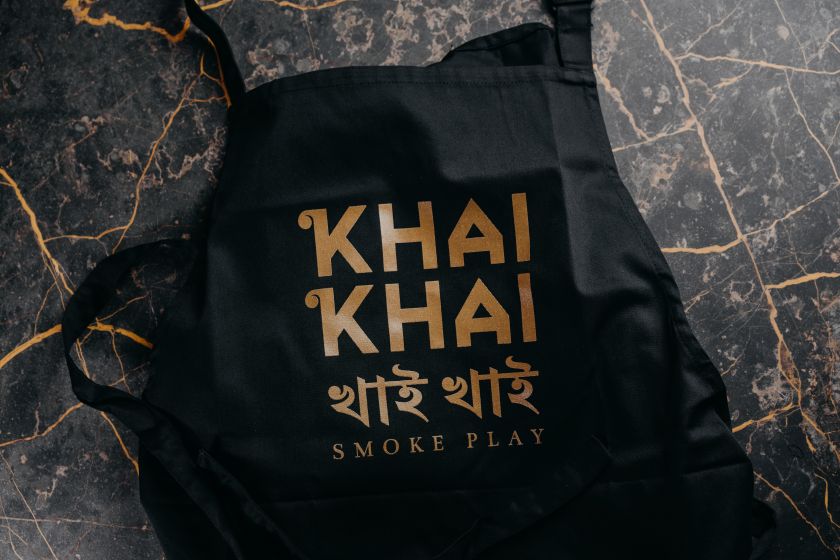 Interior features include a bar crafted from antiqued mesh and metal, decorated with burnished studded details and a dark green marble top counter. Leather and antique brass bar stools are finished with stylish strap detail. The corridor is flanked with an enormous framed artwork that sits on a bespoke wallpaper opposite some circus-style convex and concave mirrors.

At the heart of the brand is a series of artworks created in-house by the agency, including what they describe as “quirky illustrations of village scenes,” as well as “fiery, smoky painted textures” and ornate latticework patterns. These are used throughout the interiors and extend into the 2D branding elements such as menus and online. 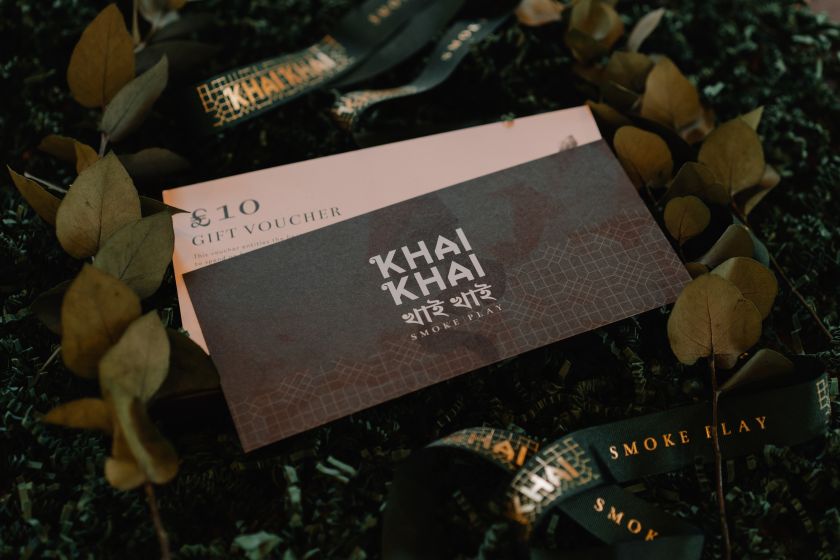 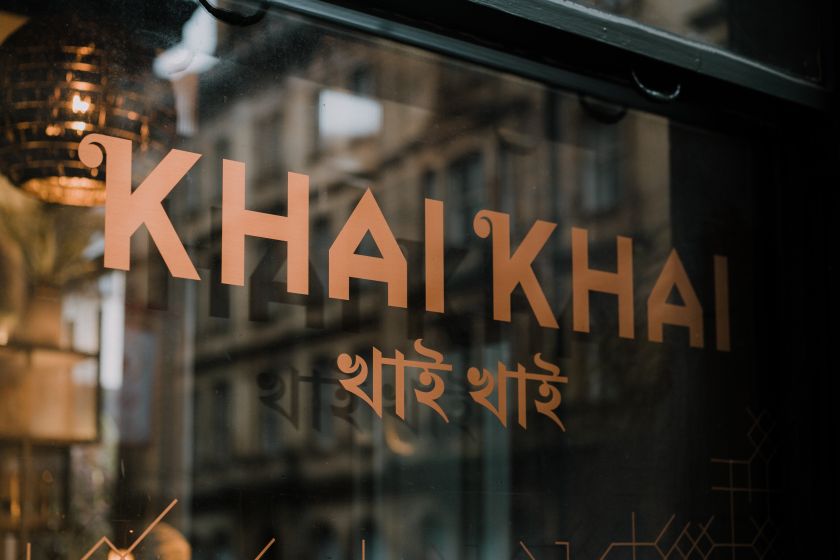 Earthy tones with a pop of gold were chosen for the brand colour palette to complement the materials and finishes within the interiors. Run For The Hills says it “wanted to create a sense of being transported to another time and place, reminiscent of fireside gatherings, where authentic communal cooking and eating would have taken place.” 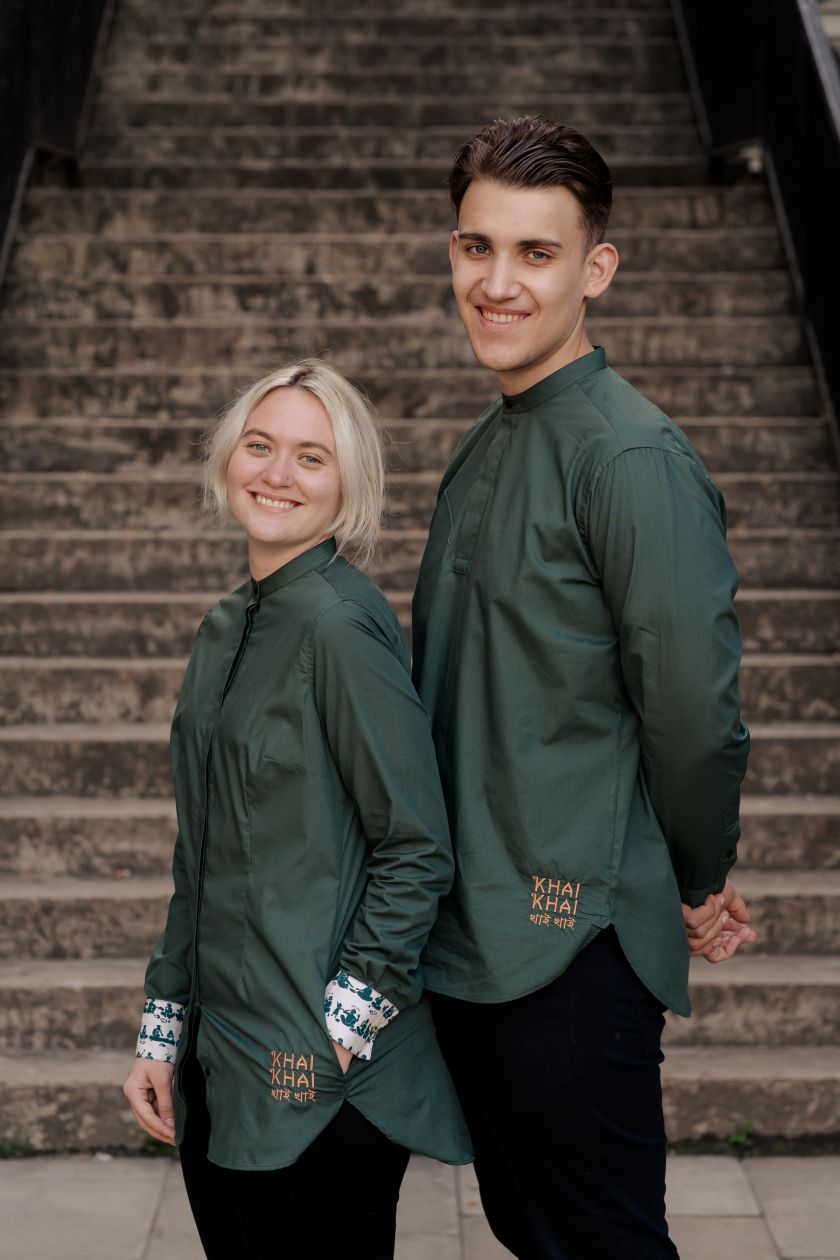 One of the standout features of the space is the bespoke signage, which takes the form of candle-light glowing lamp boxes, neon artworks and customised tube lights with brand messaging spread throughout the restaurant to give it a “playful, modern twist,” Run For The Hills adds.

“The design concept was centred around making Khai Khai effortlessly cool, keying into its heart-warming brand and cuisine story, with the added pop of Smoke Play theatre,” says creative director Chris Trotman. “Adding some magic and drama to the interiors was important, including a corridor flanked with an enormous framed artwork on a bespoke wallpaper opposite some mysteriously convex and concave mirrors.” 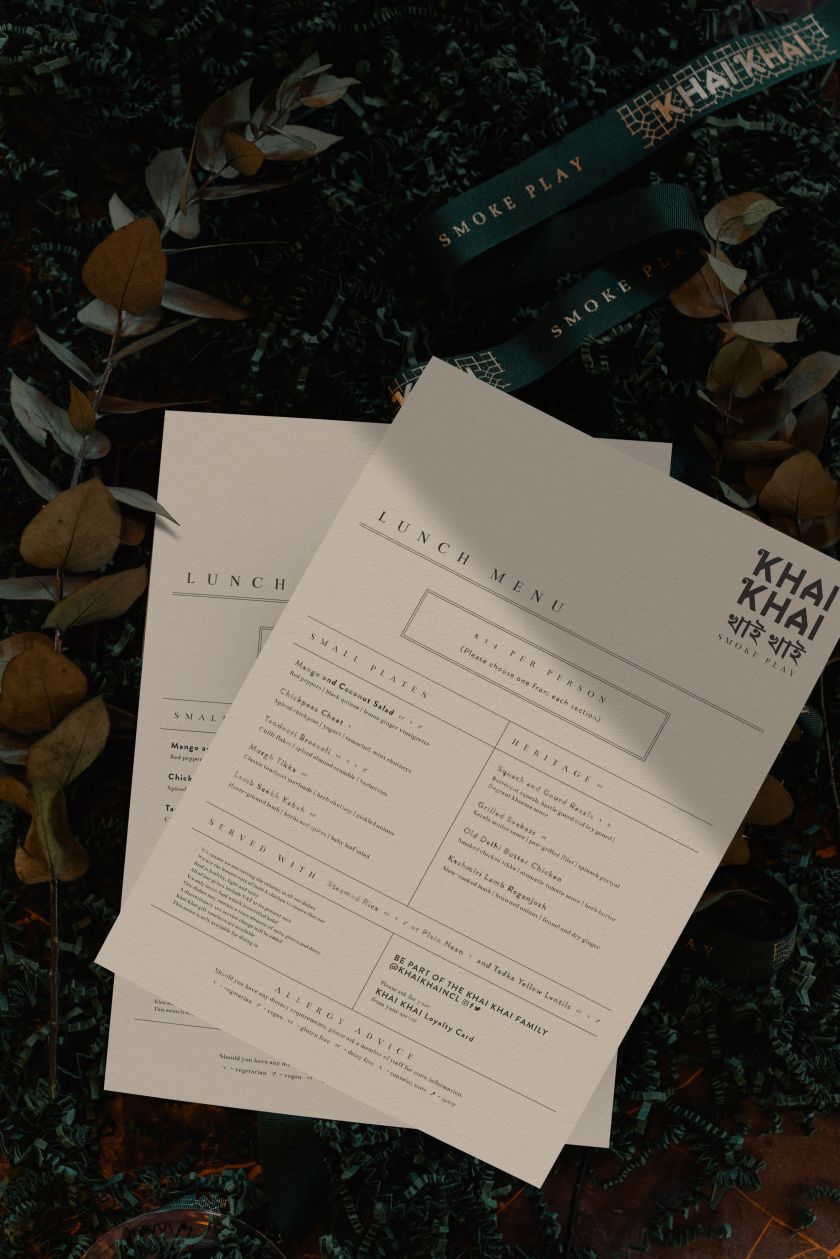 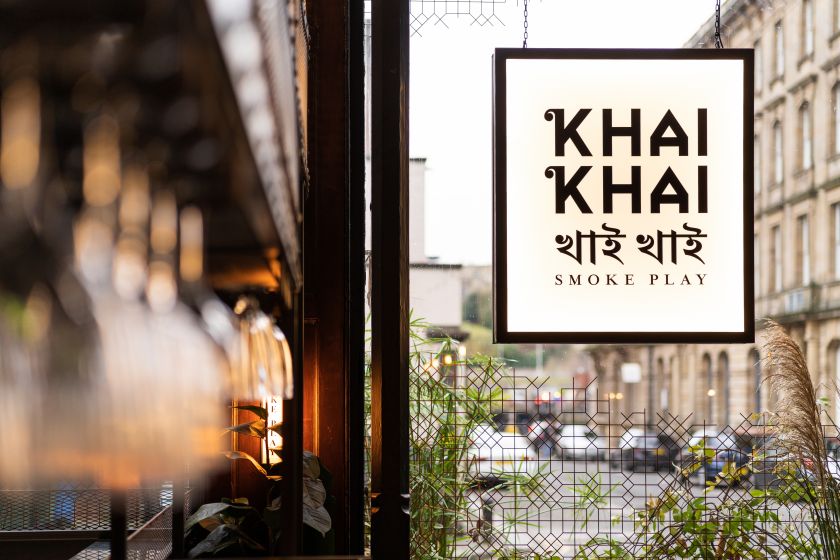