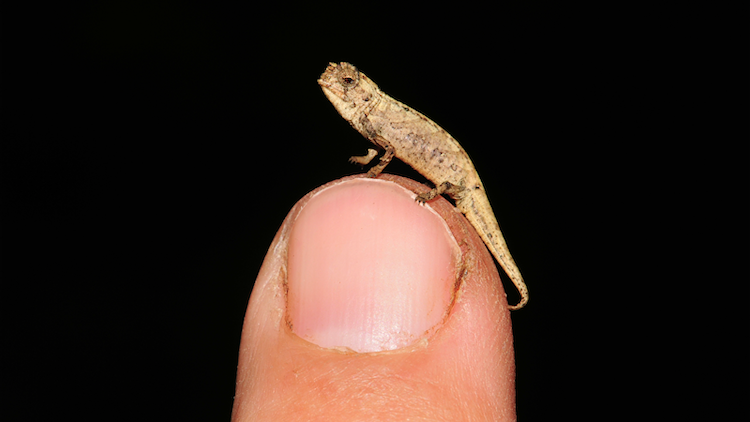 Scientists predict there are about 8.7 million species on Earth, but we’ve only identified around 1.6 million of them. There are plenty more creatures to discover and learn about, but many of them are difficult to find in the wild. One species that’s managed to elude humans all this time is the Brookesia nana, also known as the nano-chameleon. The tiny creature was recently discovered in northern Madagascar, and it might just be the smallest reptile in the world.

Just two individual nano-chameleons were discovered by a German-Madagascan expedition team in 2012; a male and a female. The female has a body length of 19 mm (.74 in) or 29 mm (1.14 in) including the tail. However, the males are even smaller. The fully grown male reptile measures just 13.5 mm (.53 in) long, or 22 mm (.87 in) including the tail. The newly-discovered reptile beats the previous record holder for the smallest size—a related species called Brookesia tuberculata—by around half a millimeter.

German herpetologist Frank Glaw photographed the tiny nano-chameleon, revealing how small it looks perched on his fingertip. Glaw has spent more than 30 years researching Madagascar’s reptilian and amphibian wonders, but the Brookesia nana is pretty special. Unlike its cousin species, it can’t change color, and it’s more comfortable on the forest floor than in trees.

Researchers believe the habitat of the new species is also tiny, at just a few acres. Unfortunately, its home is under threat due to deforestation. Oliver Hawlitschek, a scientist at the Center of Natural History in Hamburg says, “The nano-chameleon’s habitat has unfortunately been subject to deforestation, but the area was placed under protection recently, so the species will survive.”

If you want to find out more about this tiny discovery, you can read more about it in Glaw et al.’s published .

The Brookesia nana, also known as the nano-chameleon was recently discovered in northern Madagascar, and it just might be the smallest reptile in the world. 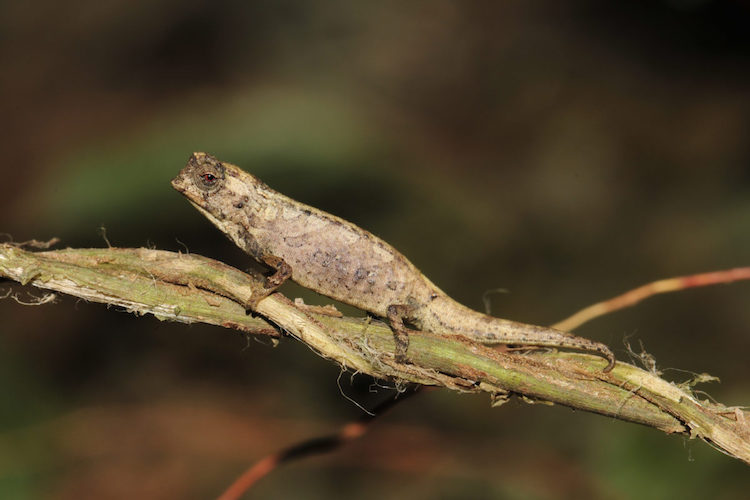 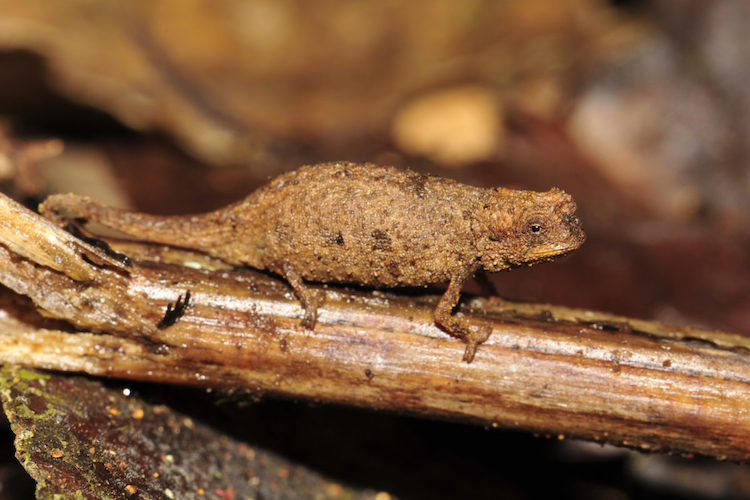 The female has a body length of 19 mm, or 29 mm including the tail.

All images via Frank Glaw.