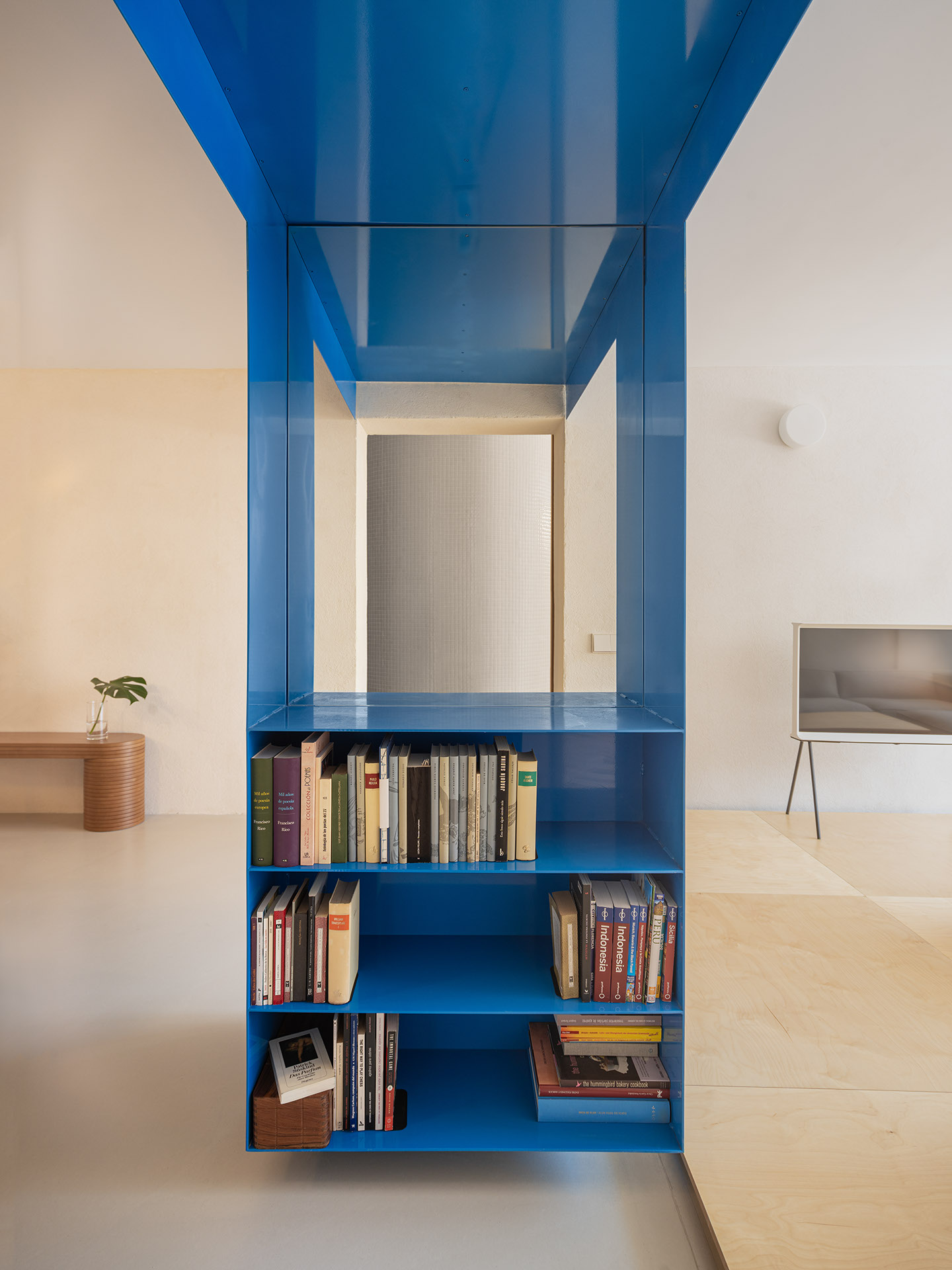 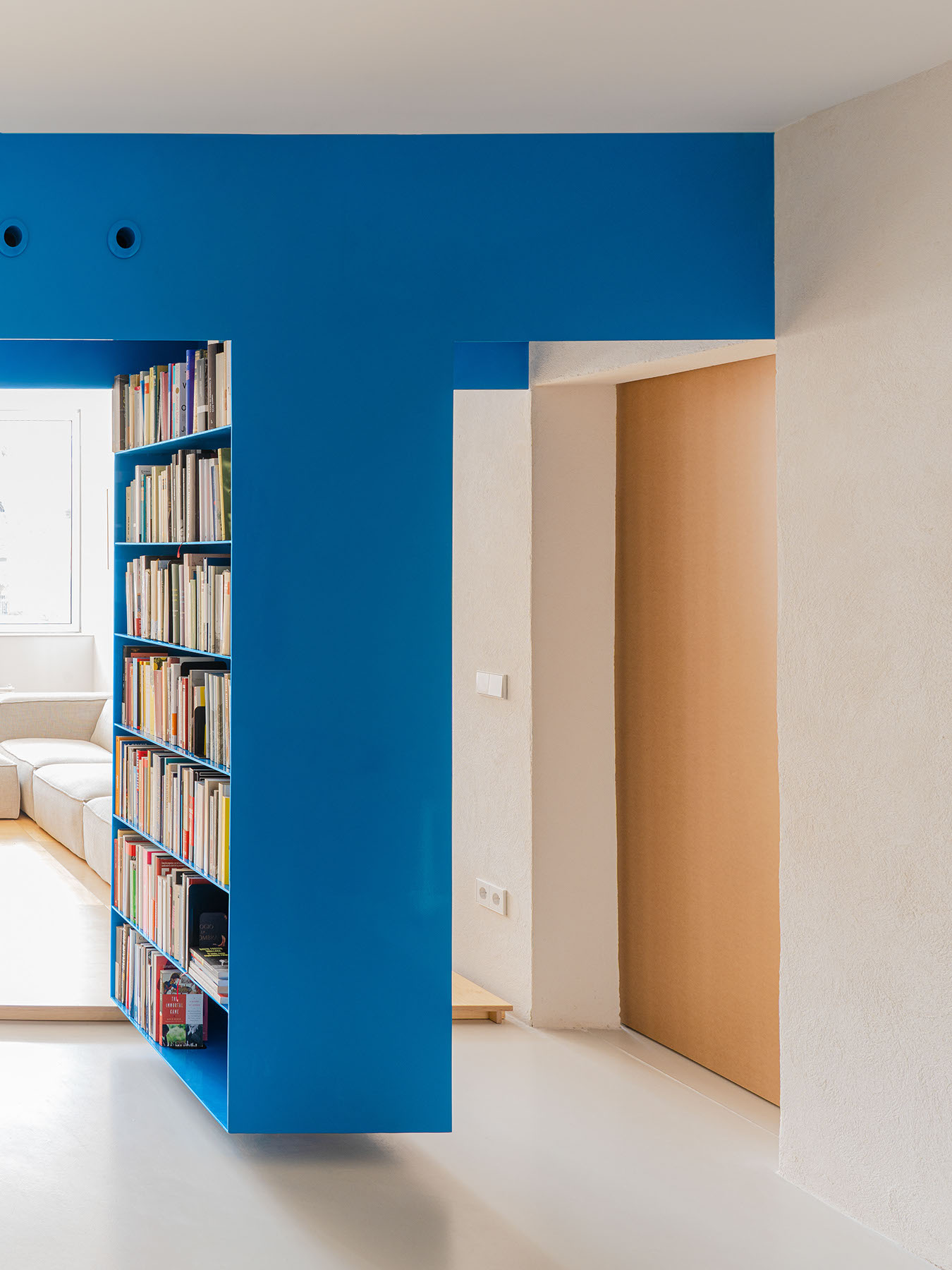 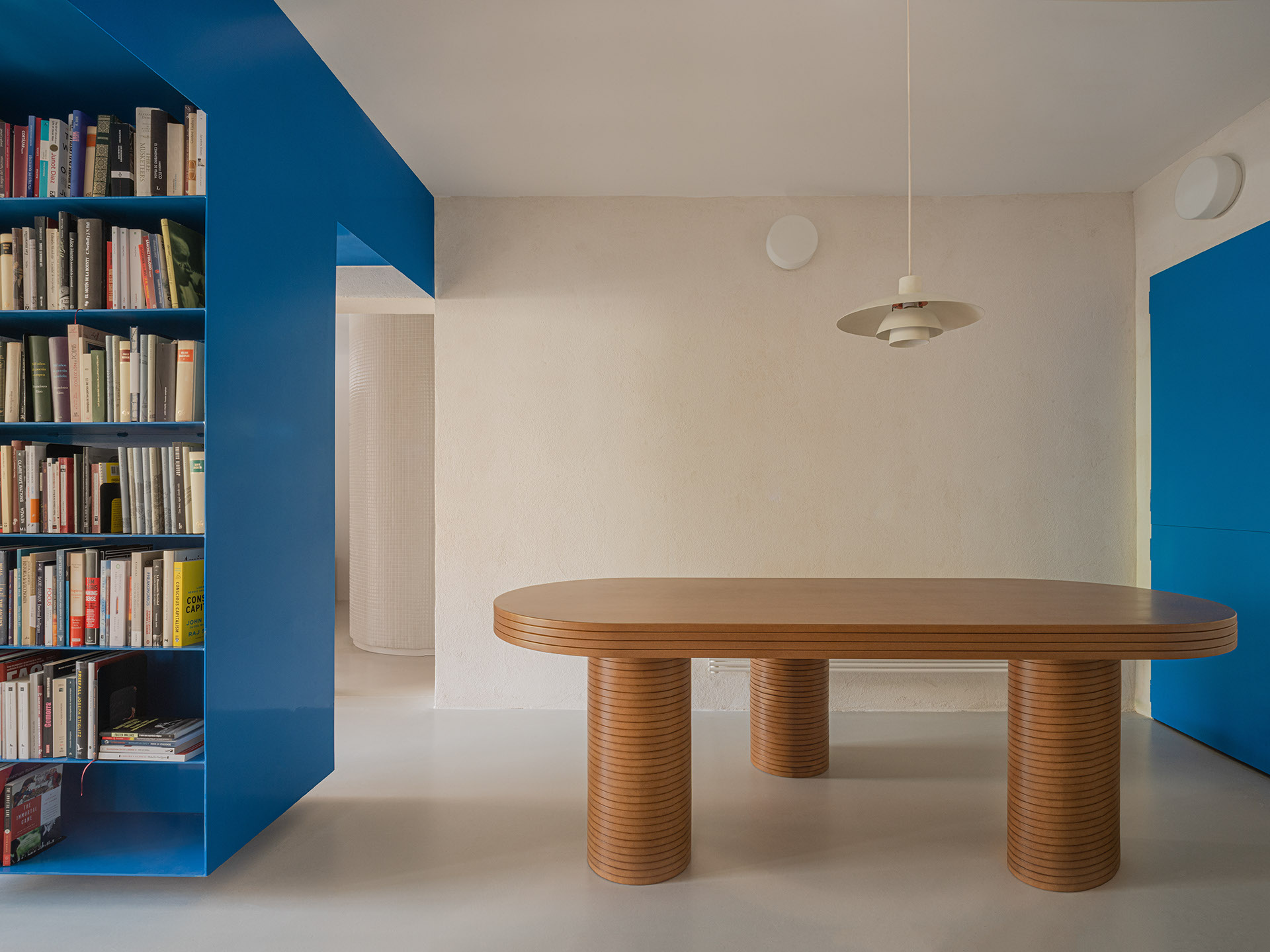 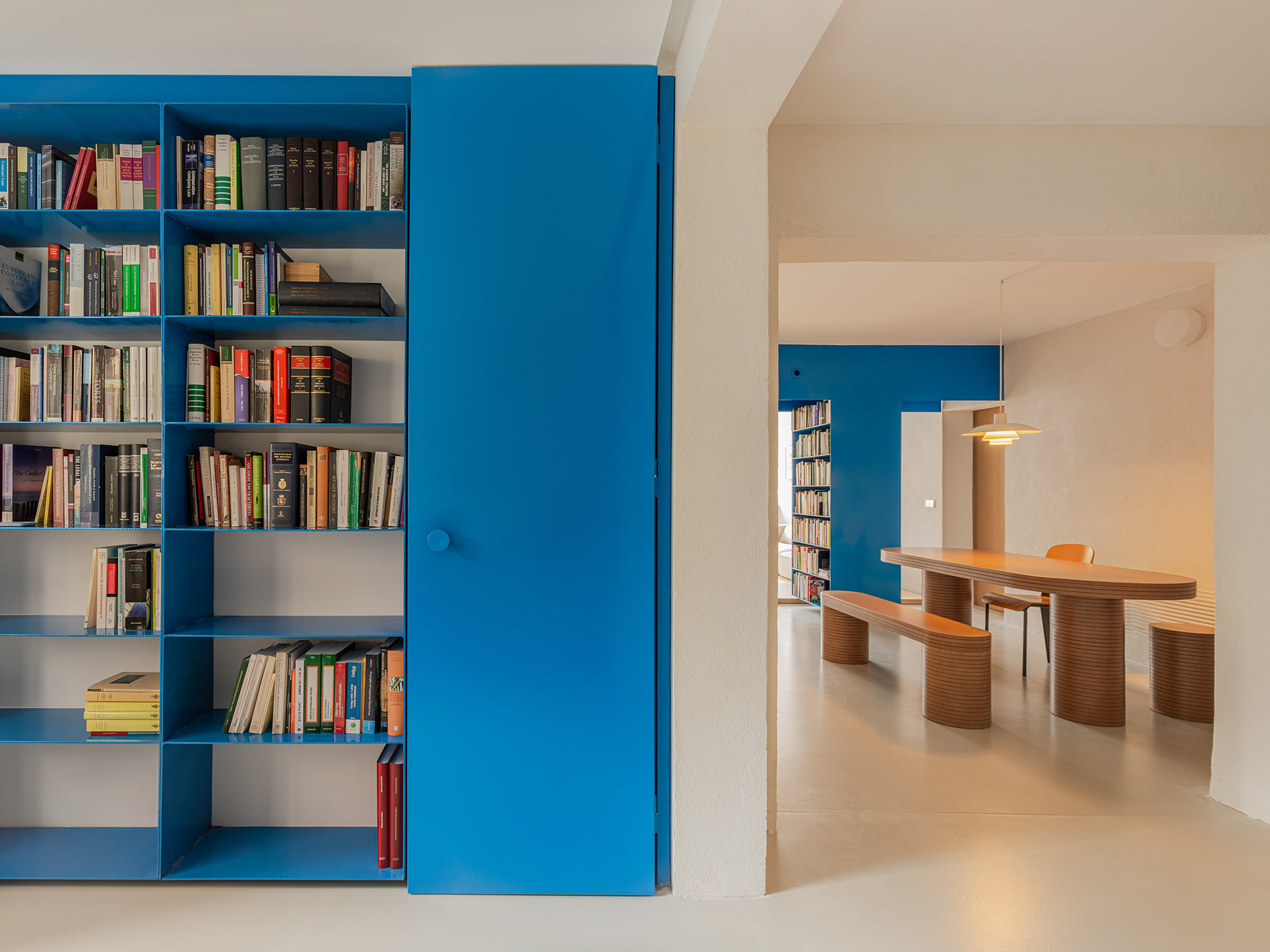 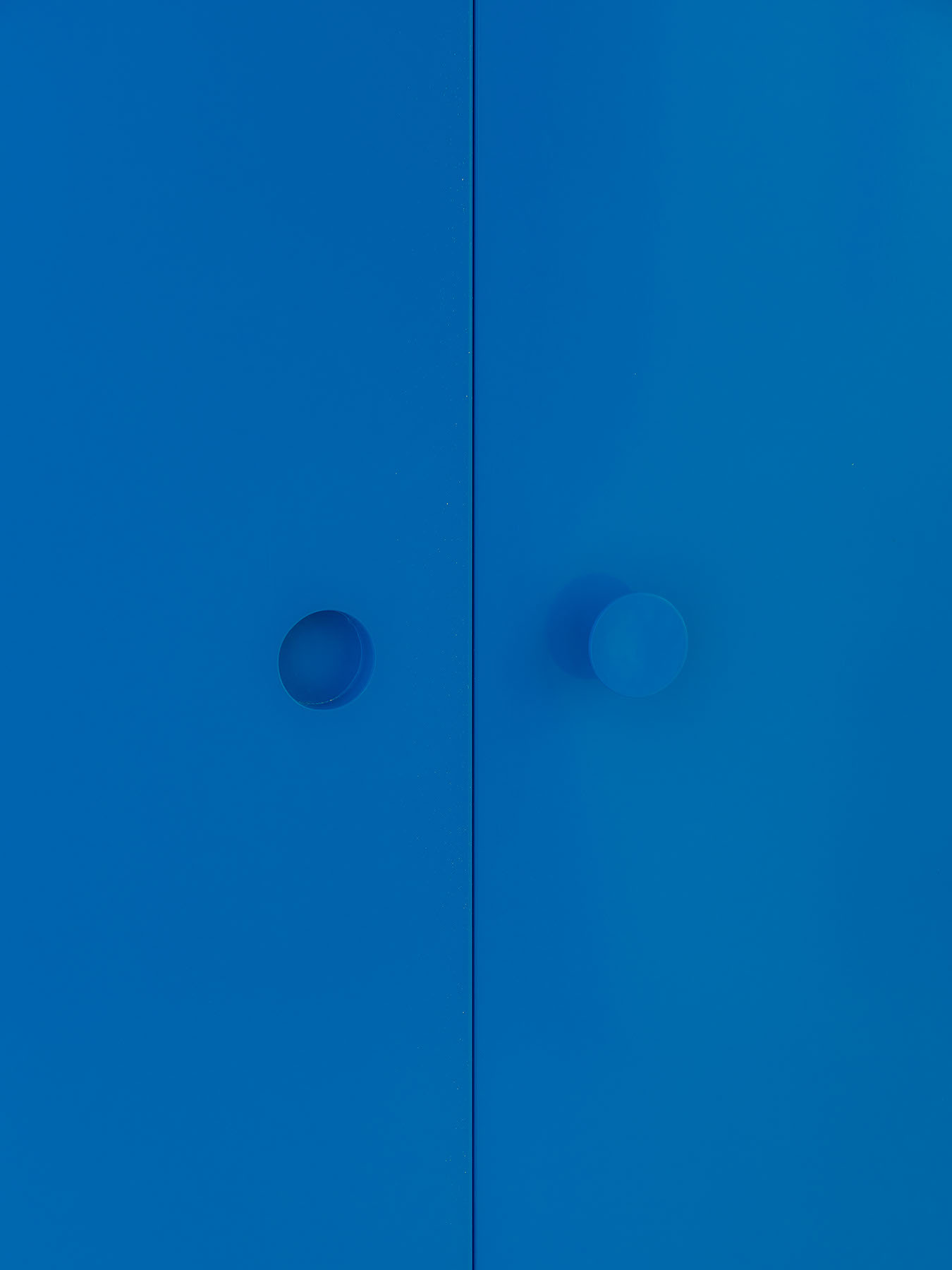 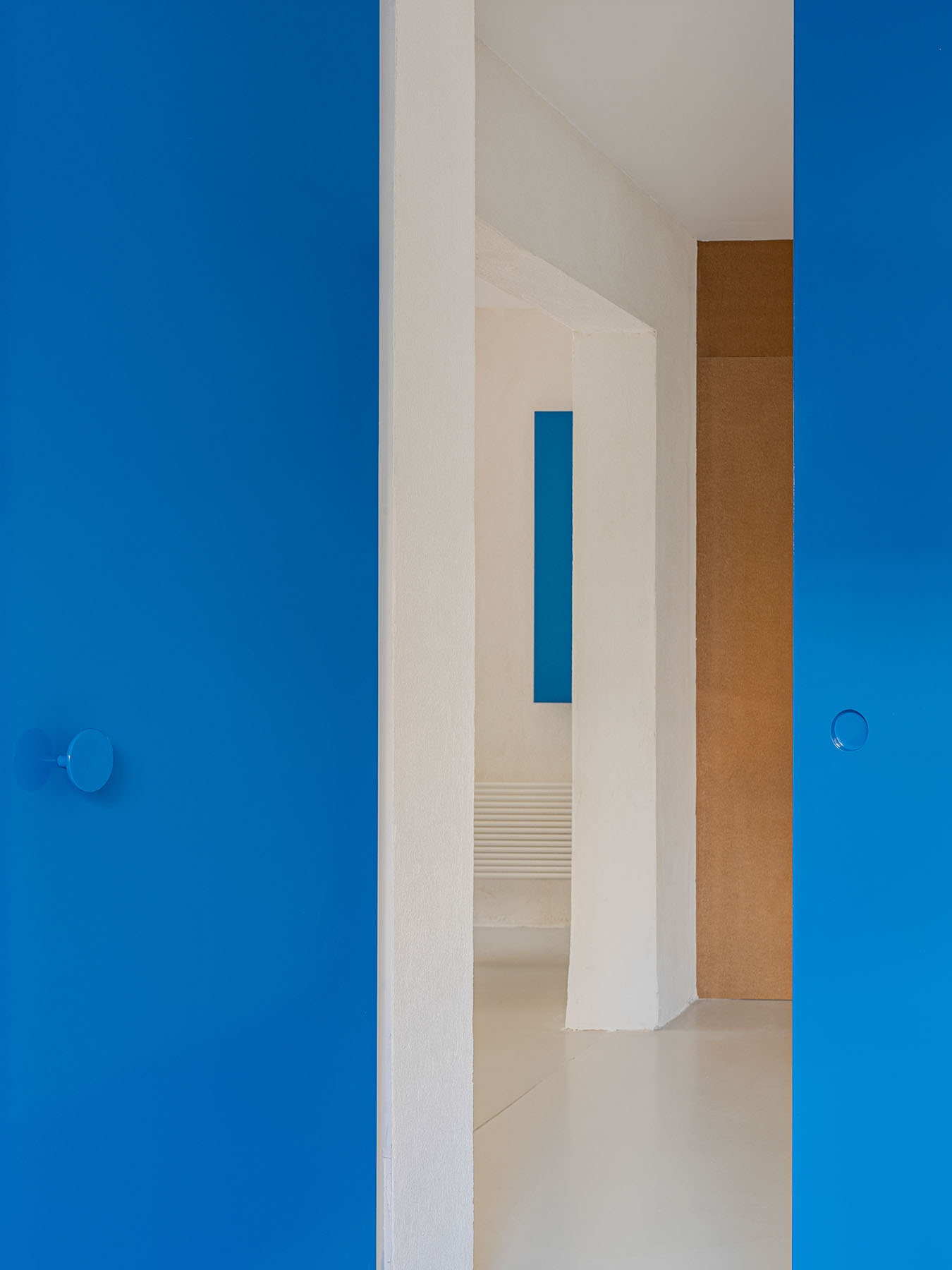 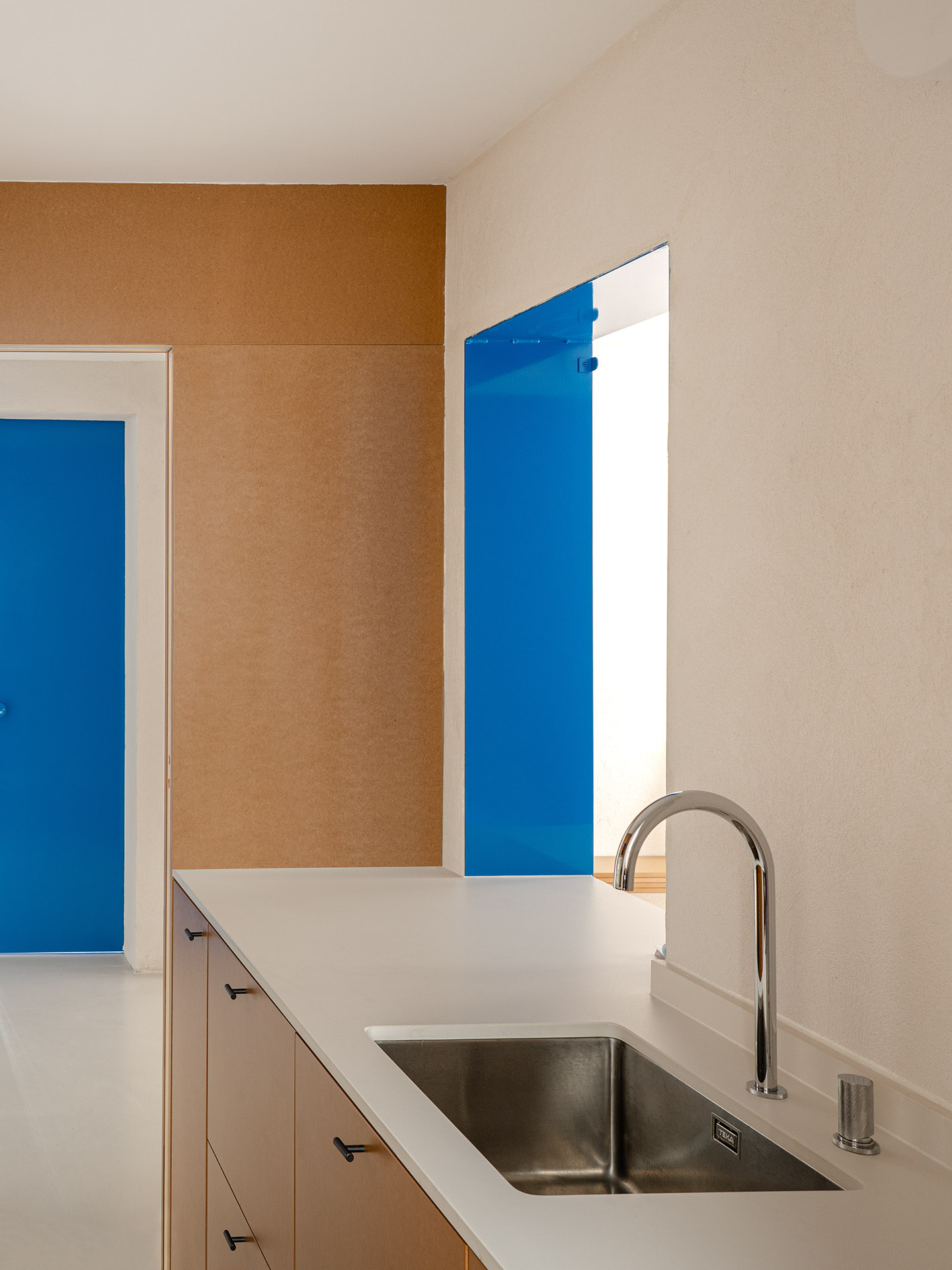 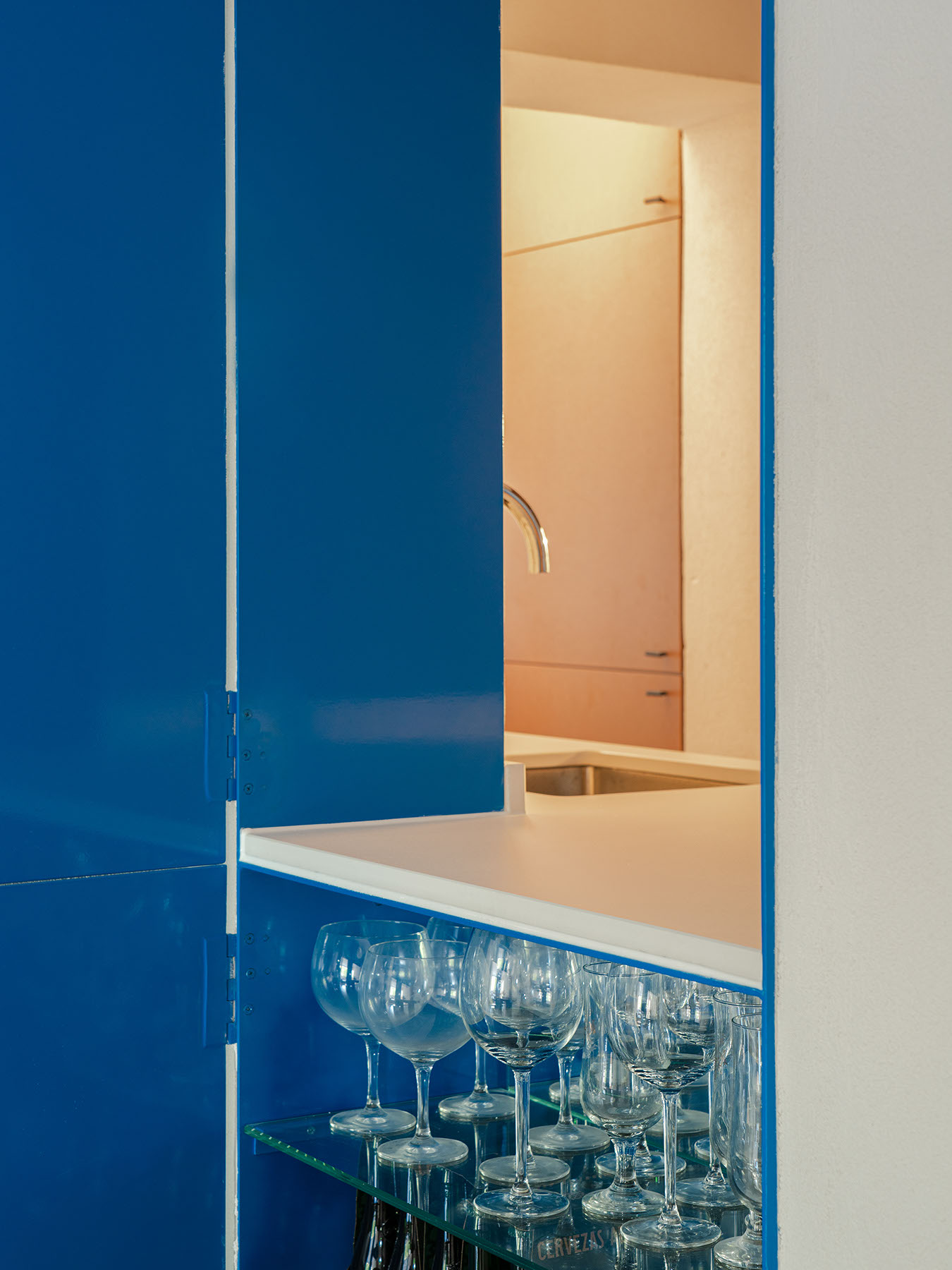 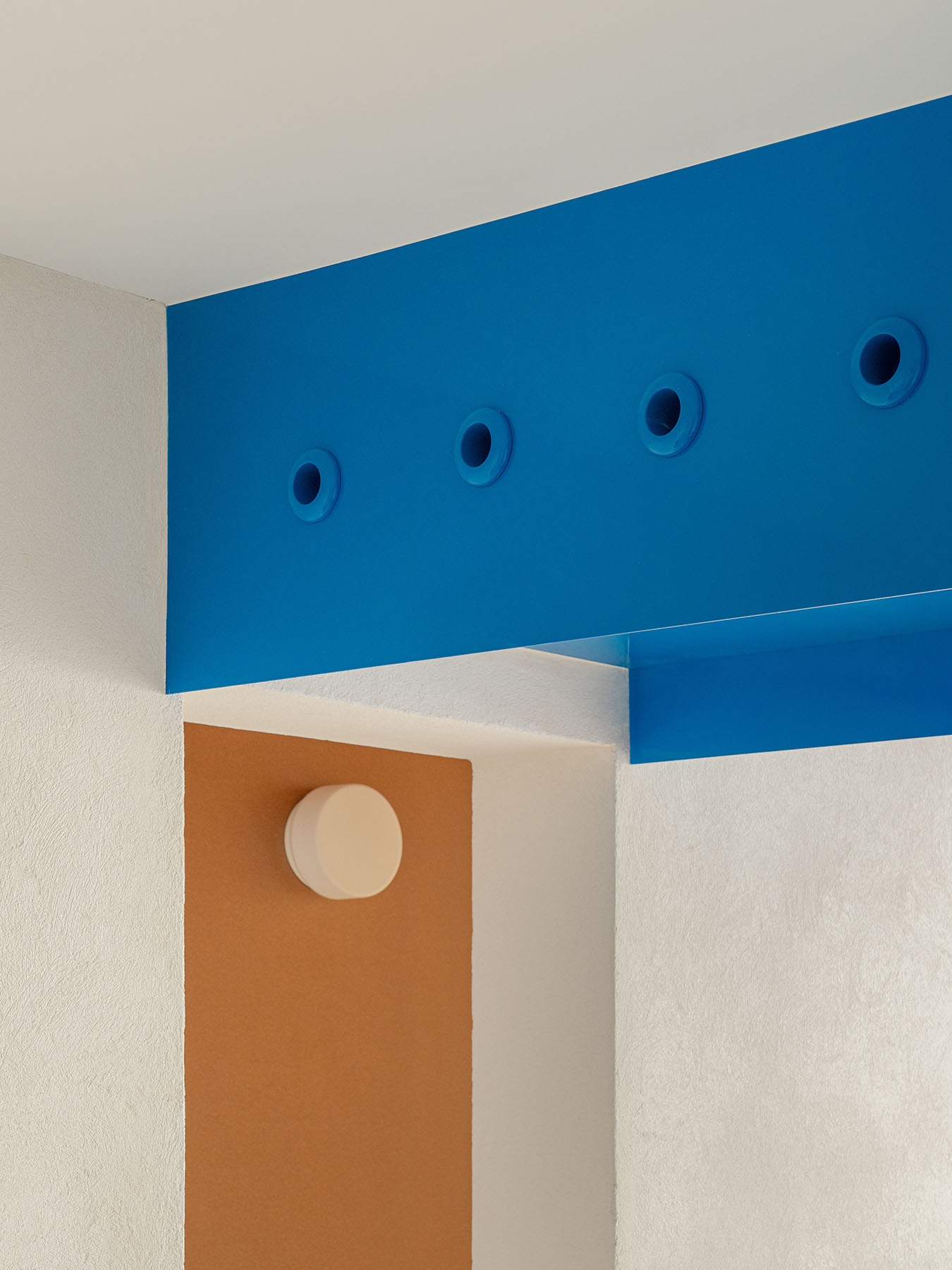 has deployed a series of objects and spatial interventions to transform a former office into a home. Located in northern , a defined palette creates a visual hierarchy between functional objects that define the zones of this apartment.

The first act by Burr was to remove all surface coverings on the ceilings, floors and walls without modifying the previously existing configuration—leaving the design team with a raw shell on which to experiment.

From here, a series of objects were designed to fill openings and spaces, hang from load-bearing walls or rest on hard surfaces. Light and removable, the becomes a support structure that enables the inhabitants to live in the space—much like a set of plug-ins focused on the potential activity of the interior. 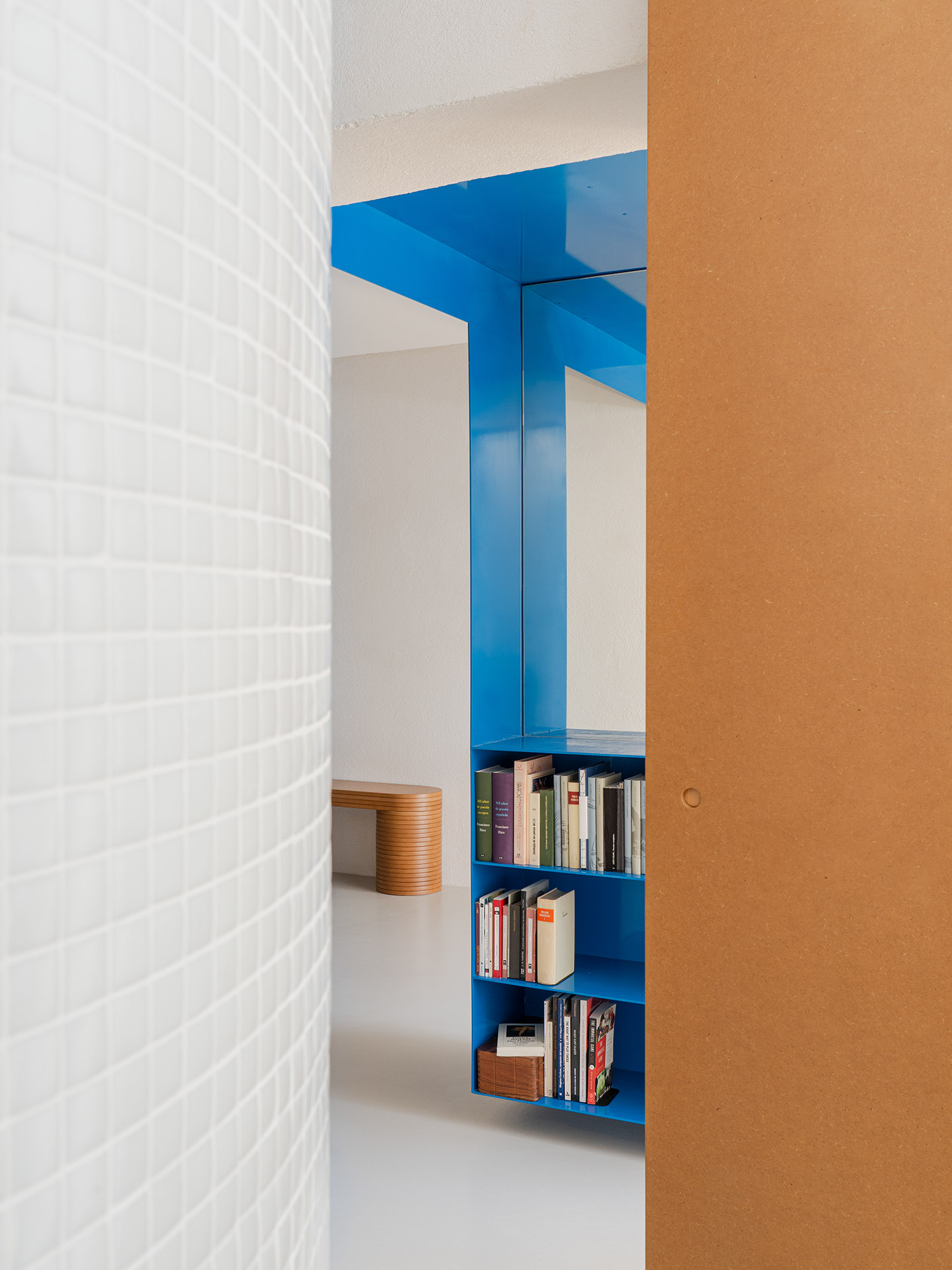 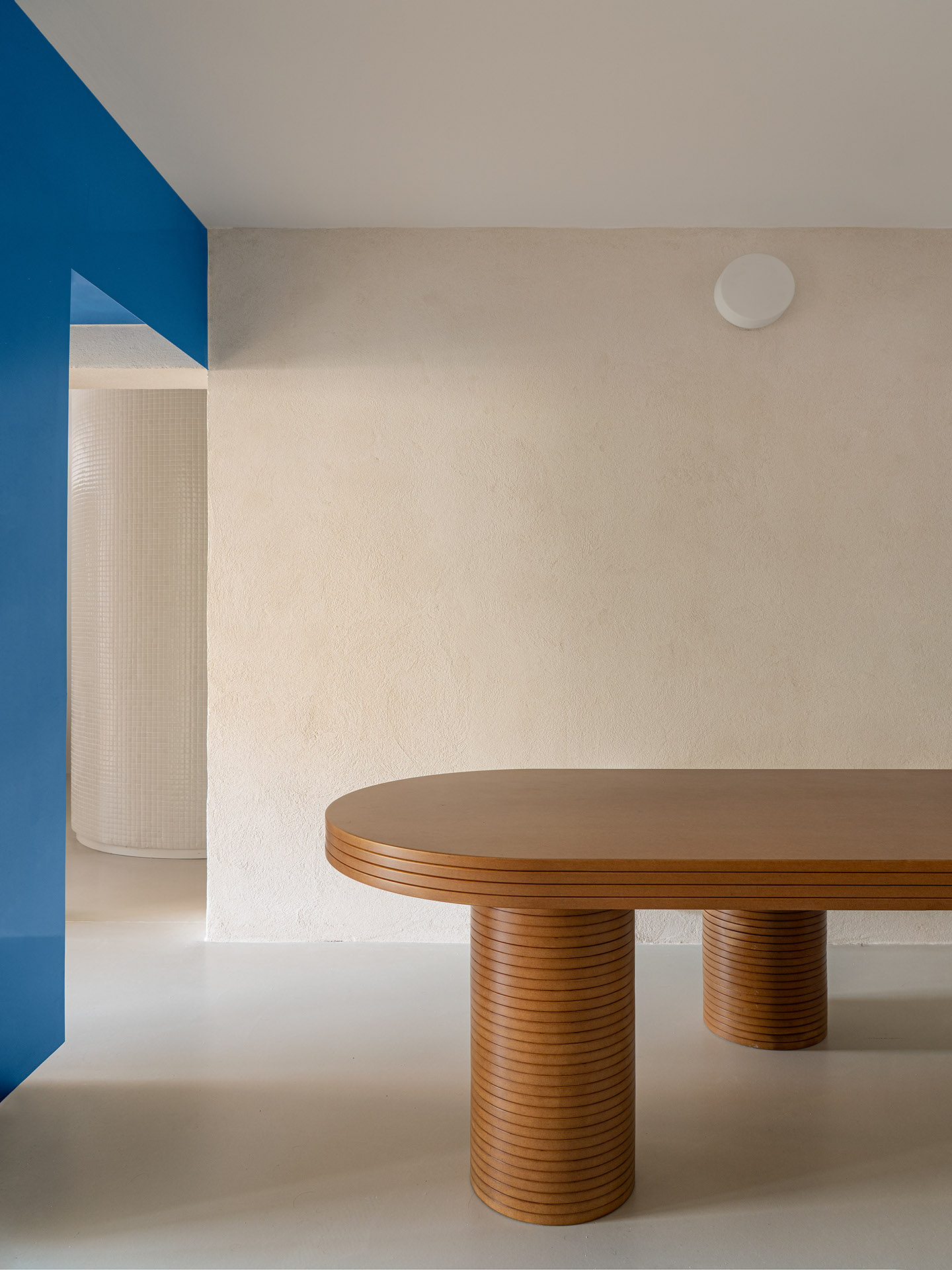 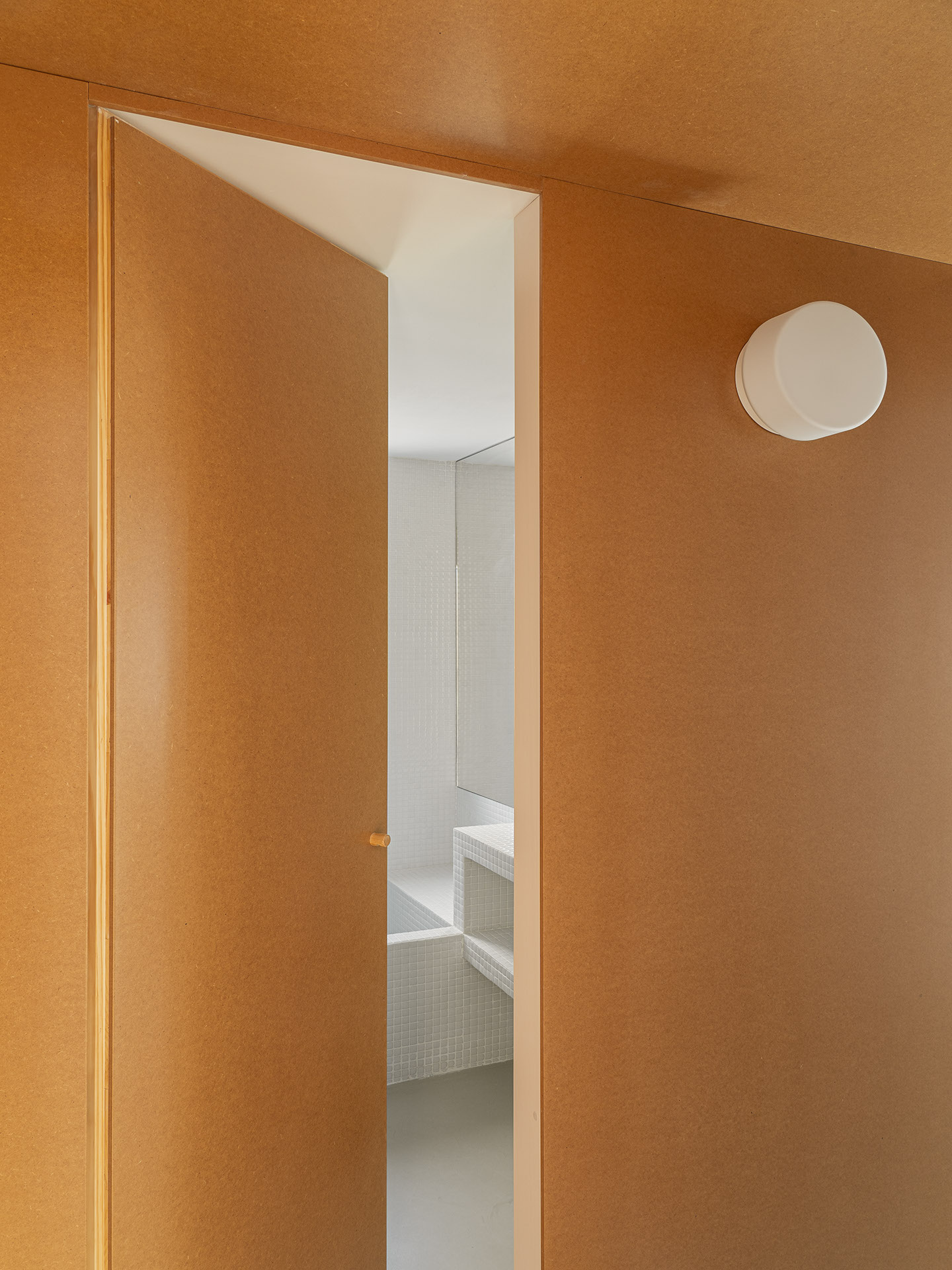 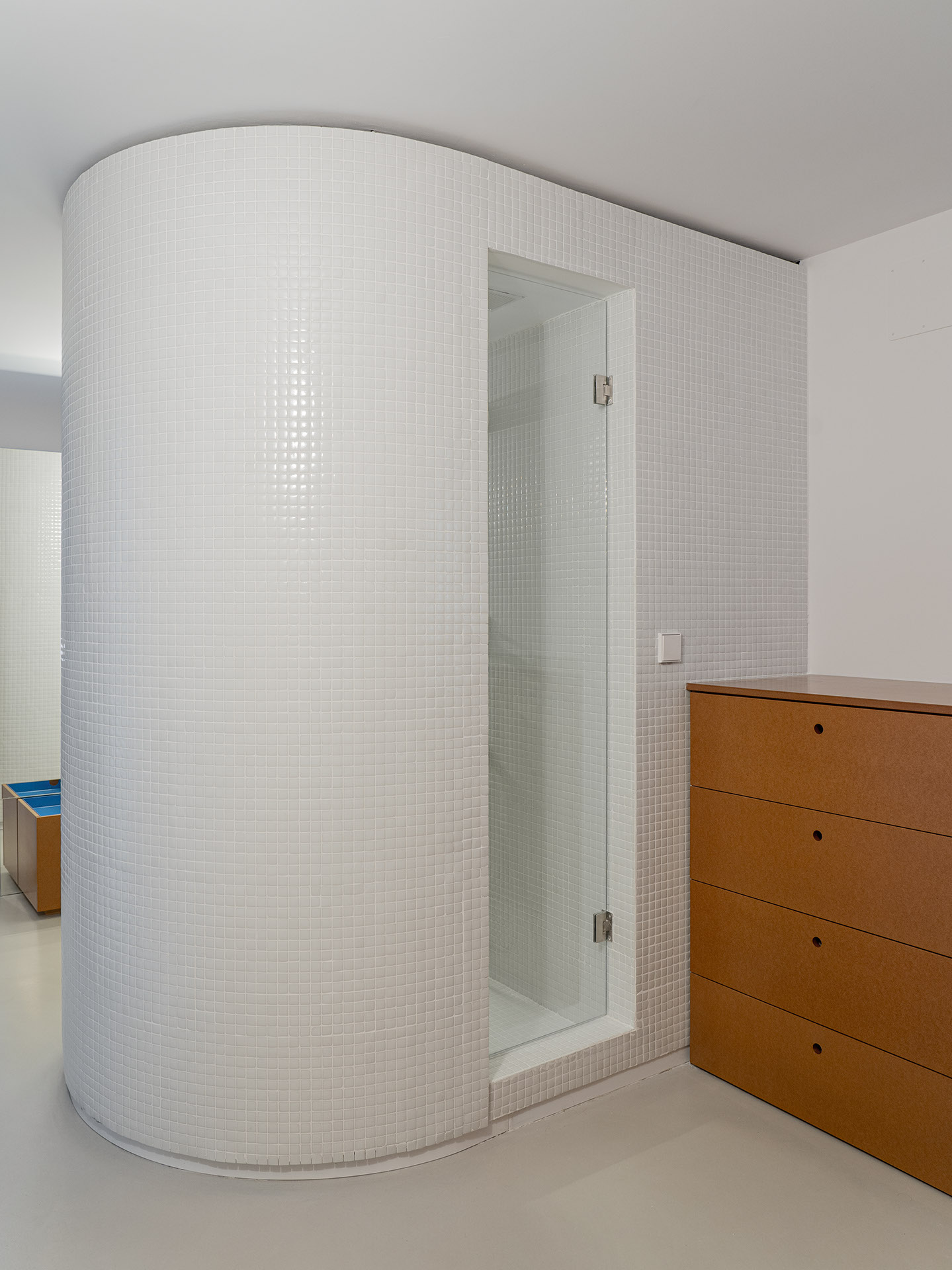 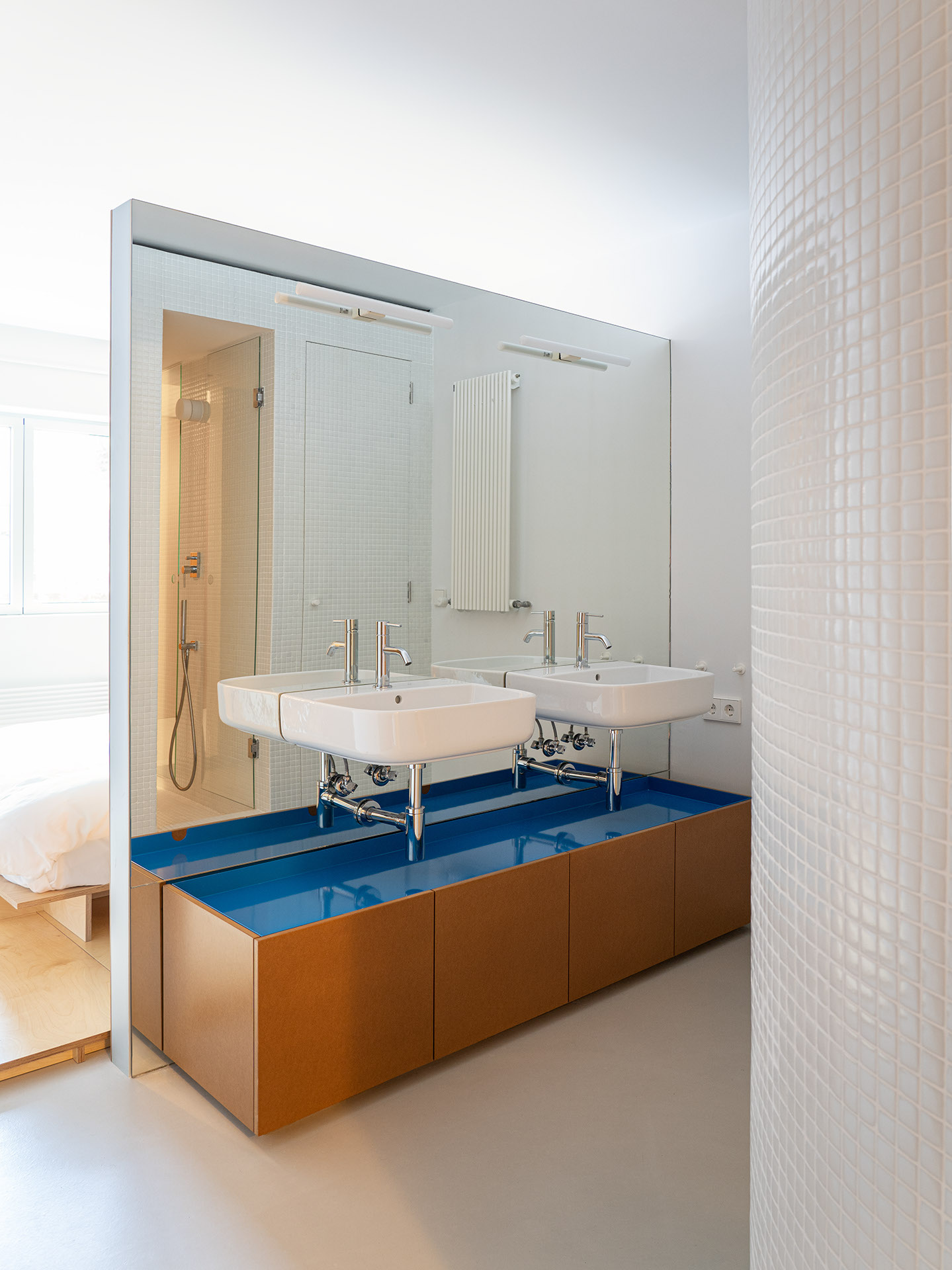 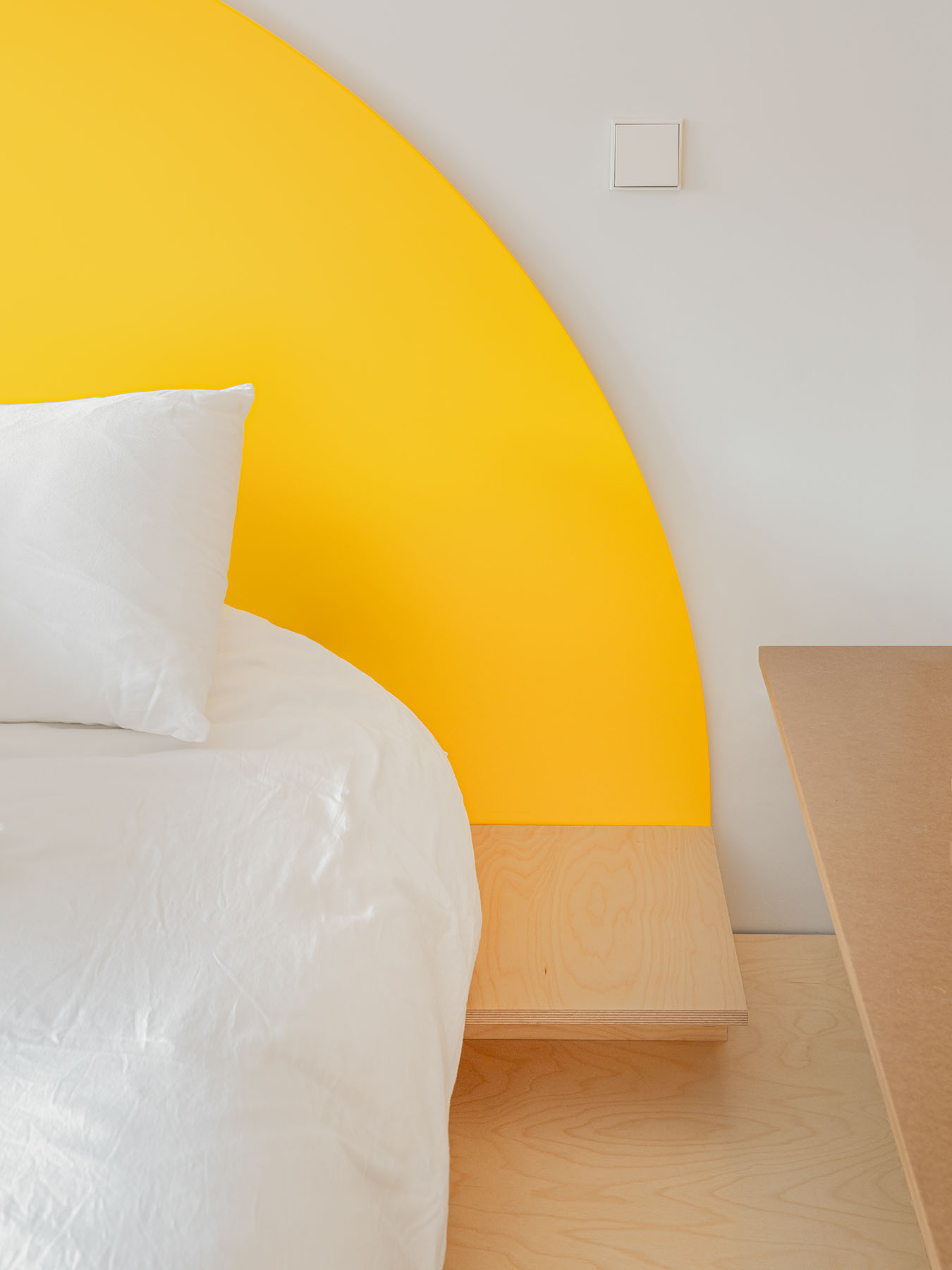 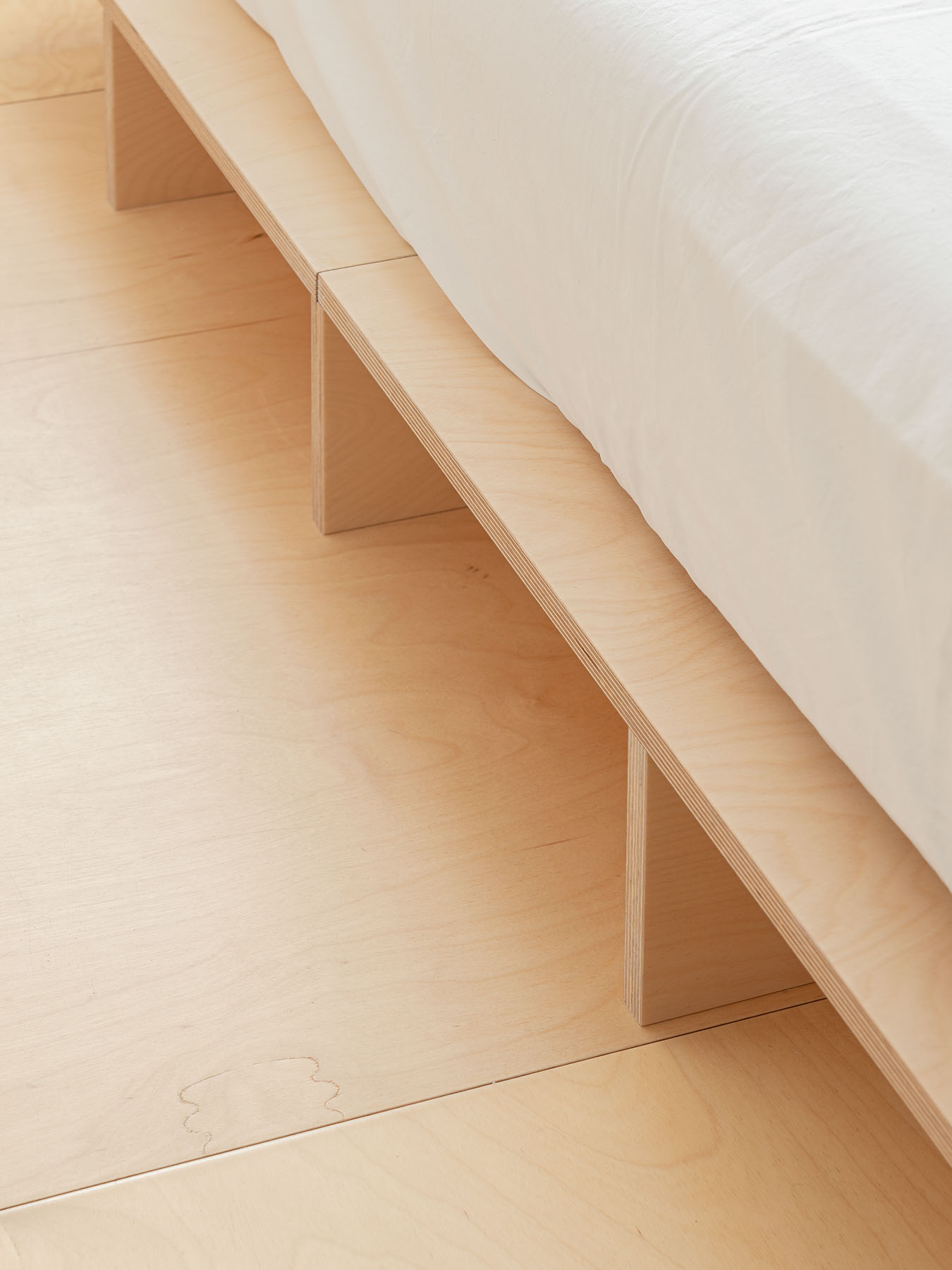 Similar to their hospitality project that we featured late last year, the concept revolves around a simple material intervention. Here, objects are divided into two large families, distinguished by their materiality — or . The coated metal elements hang structurally from the walls, without touching the ground. The main element is a metal T-shaped bookshelf located in the centre of the home, which is suspended a few centimetres above the ground, hanging between the load-bearing walls of the building.

Apart from its function as a shelf, this element becomes a totem around which different uses of the house are arranged. Formally it resembles the structural composition of the building, simulating an added structural element—a dysfunctional appendix. The rest of the metallic elements are a gate that separates a workspace from the rest of the common space, a minibar, an interior shutter to isolate the kitchen and an exercise beam—plug-ins that allow the inhabitants to use the hard spaces in different ways. 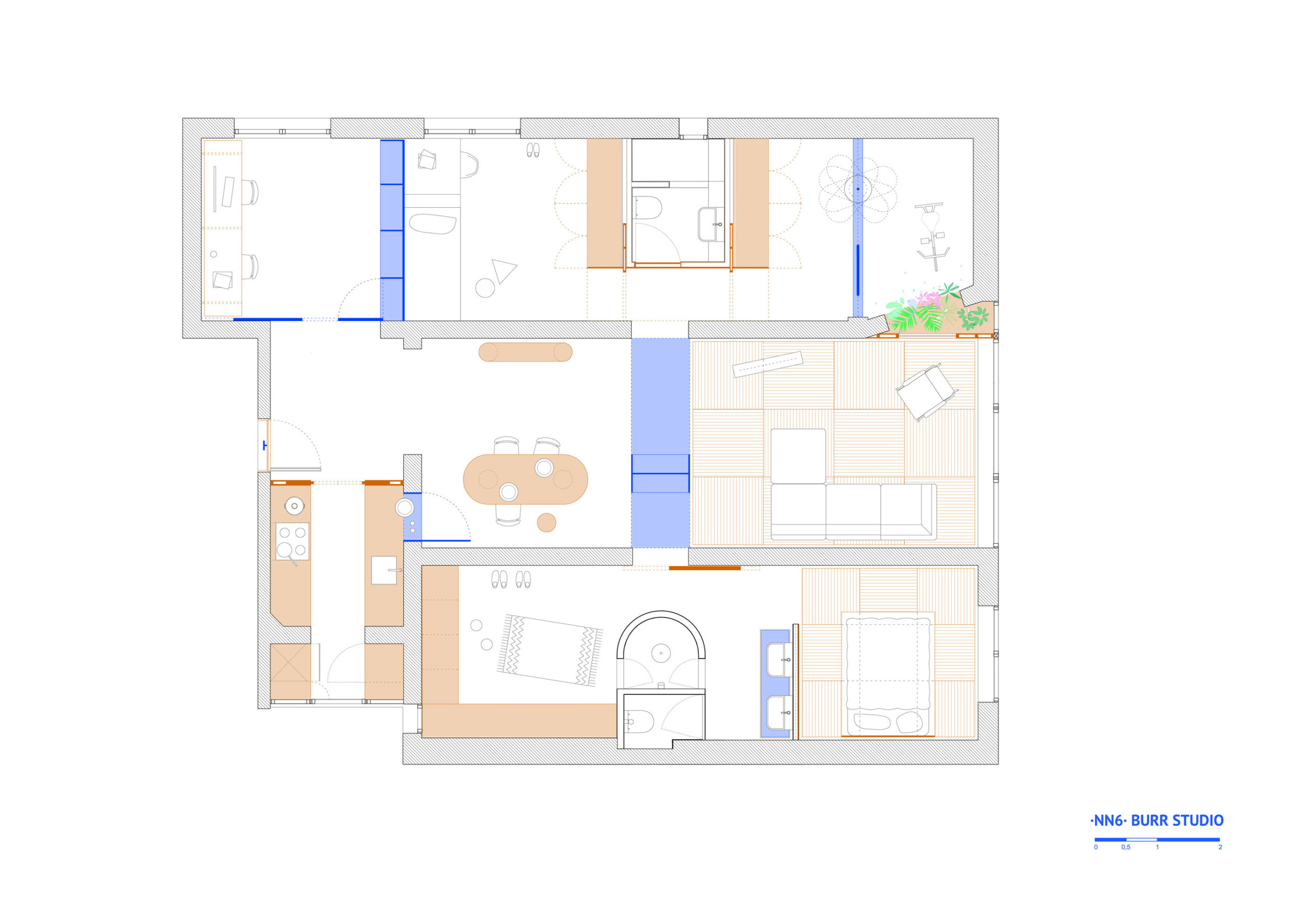 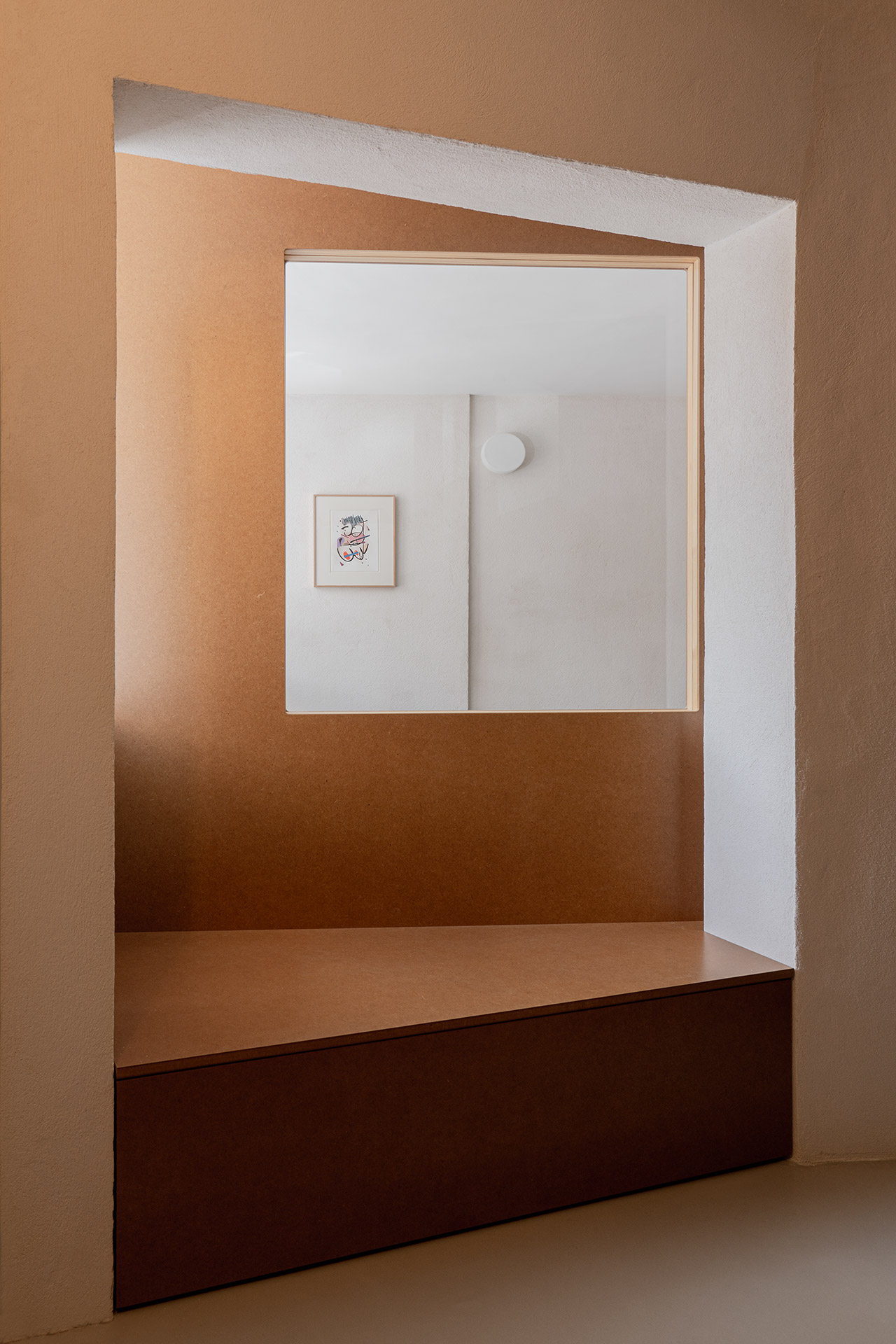 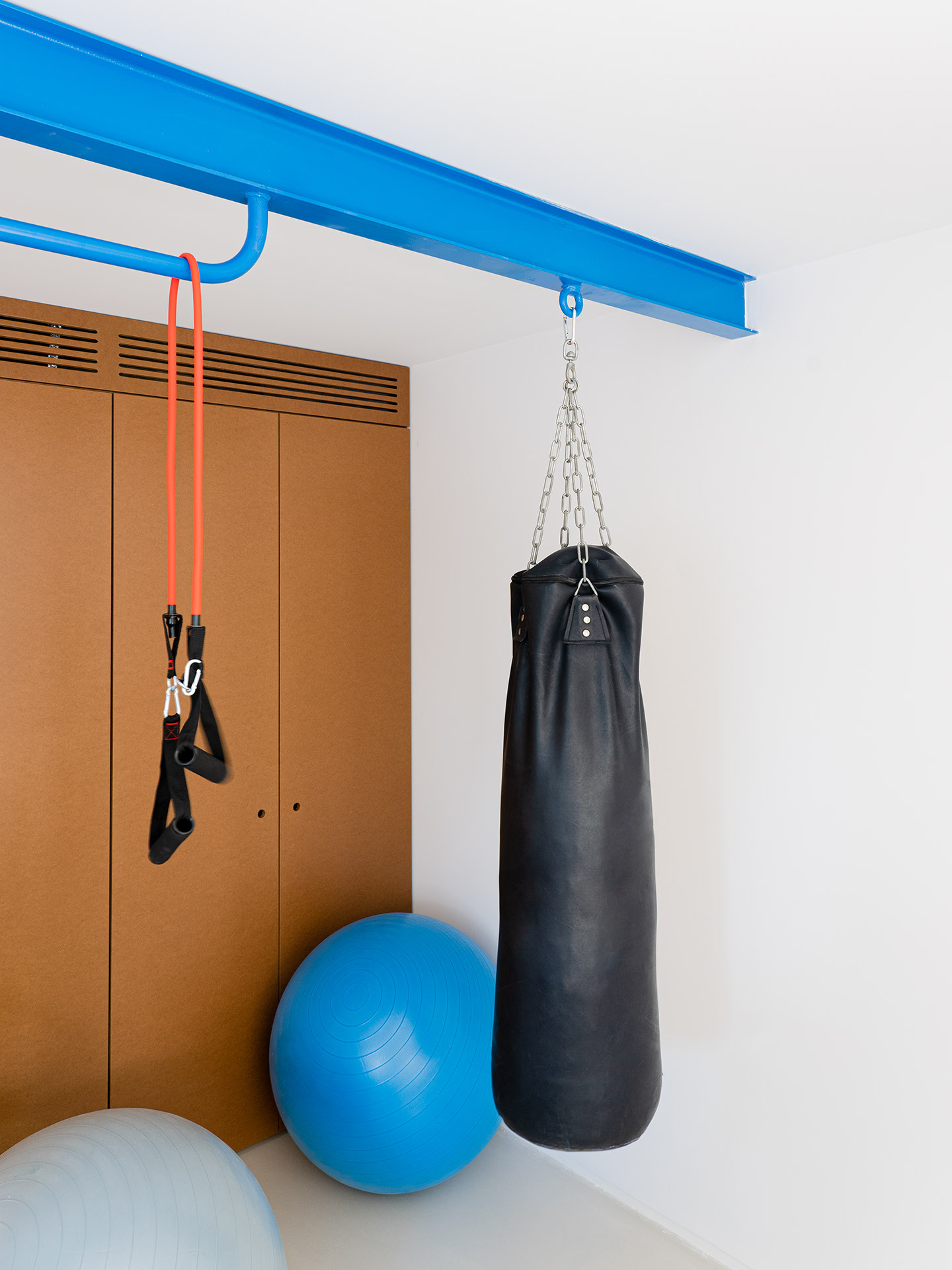 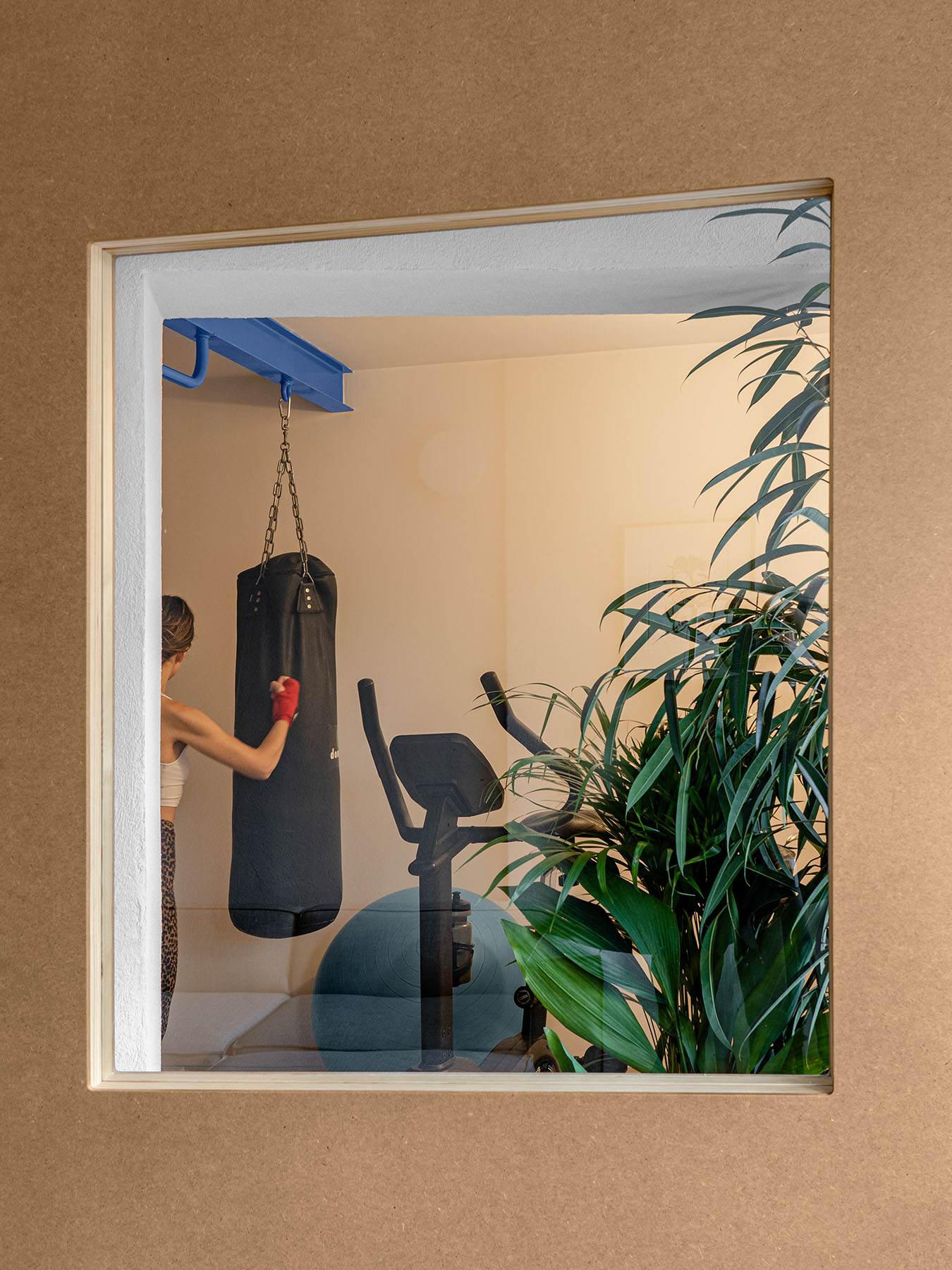 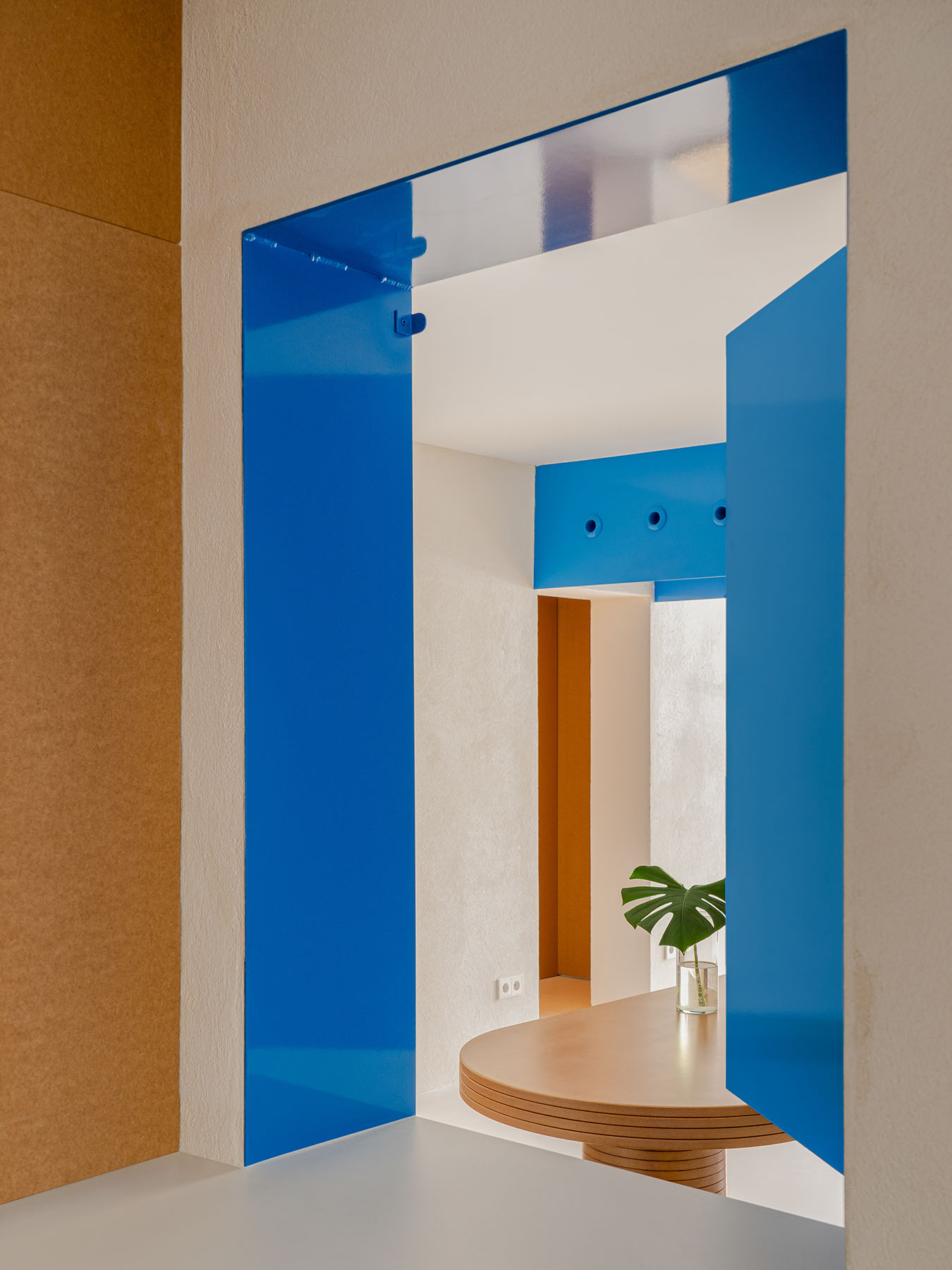 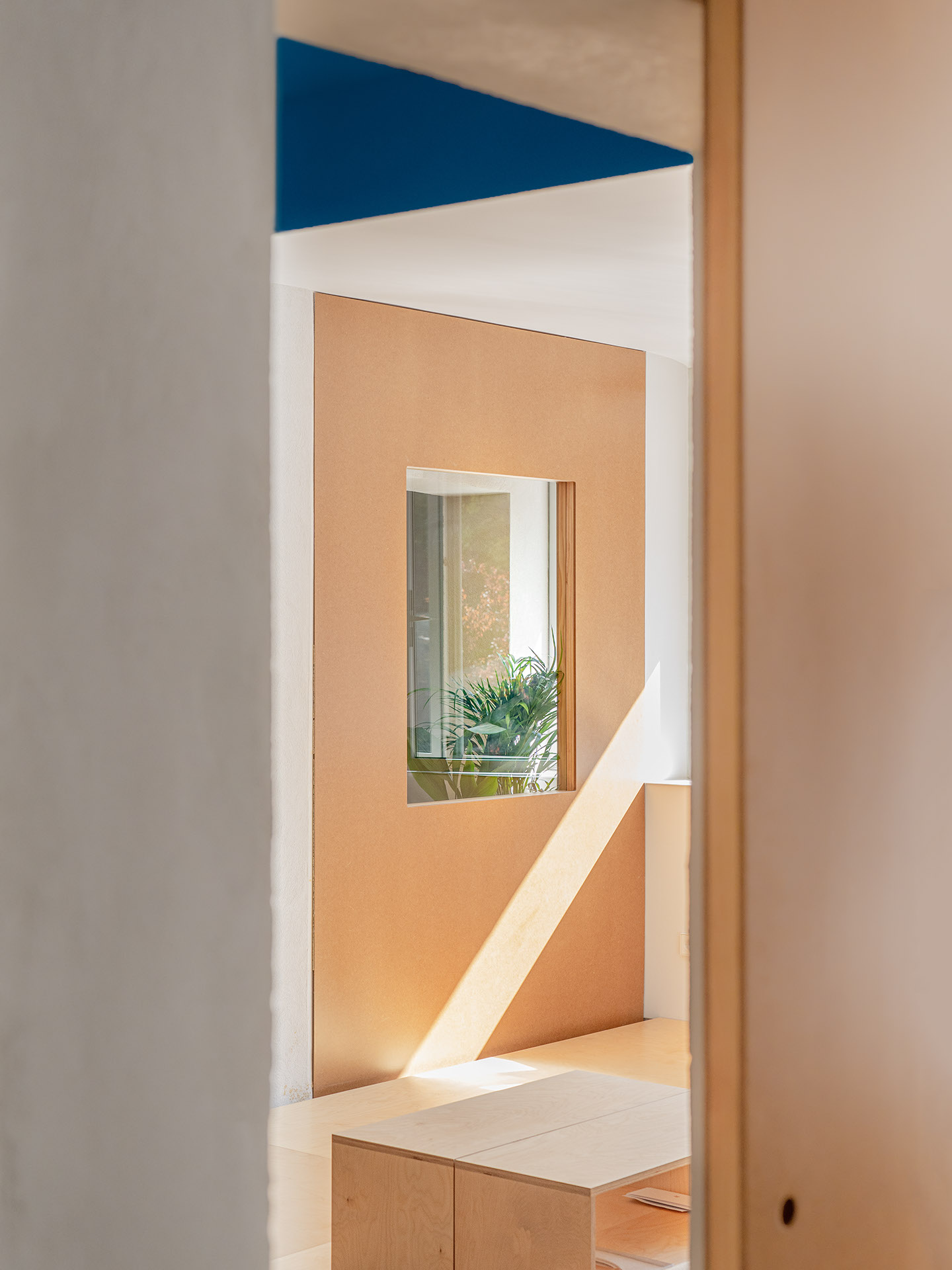 The wooden elements, on the other hand, rest on the pre-existing floors, which were treated to shed their applied coatings, recovering a raw, structural character. The most intimate areas of the house, bedrooms and living room, are equipped with platforms, slightly elevated above the hard floors, supported on wooden slats, similar to a tatami or tablao. These elements can be easily removed when leaving the house, just like the rest of the interventions that conform the mobile heritage of the inhabitants.

This office-cum home seeks to strengthen the value of the movable as opposed to the static assets; and how the constellation of these support elements can assist with daily activities.