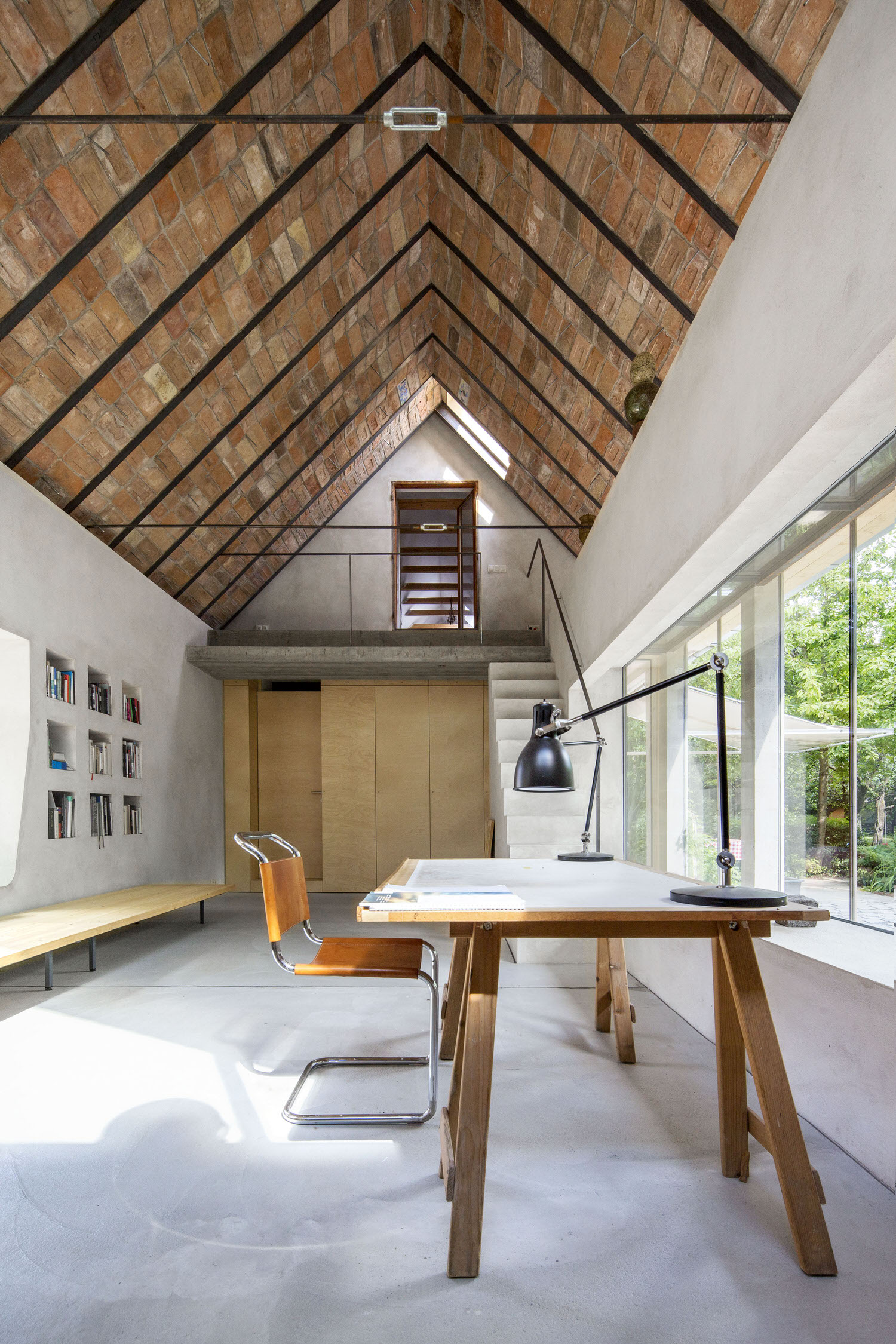 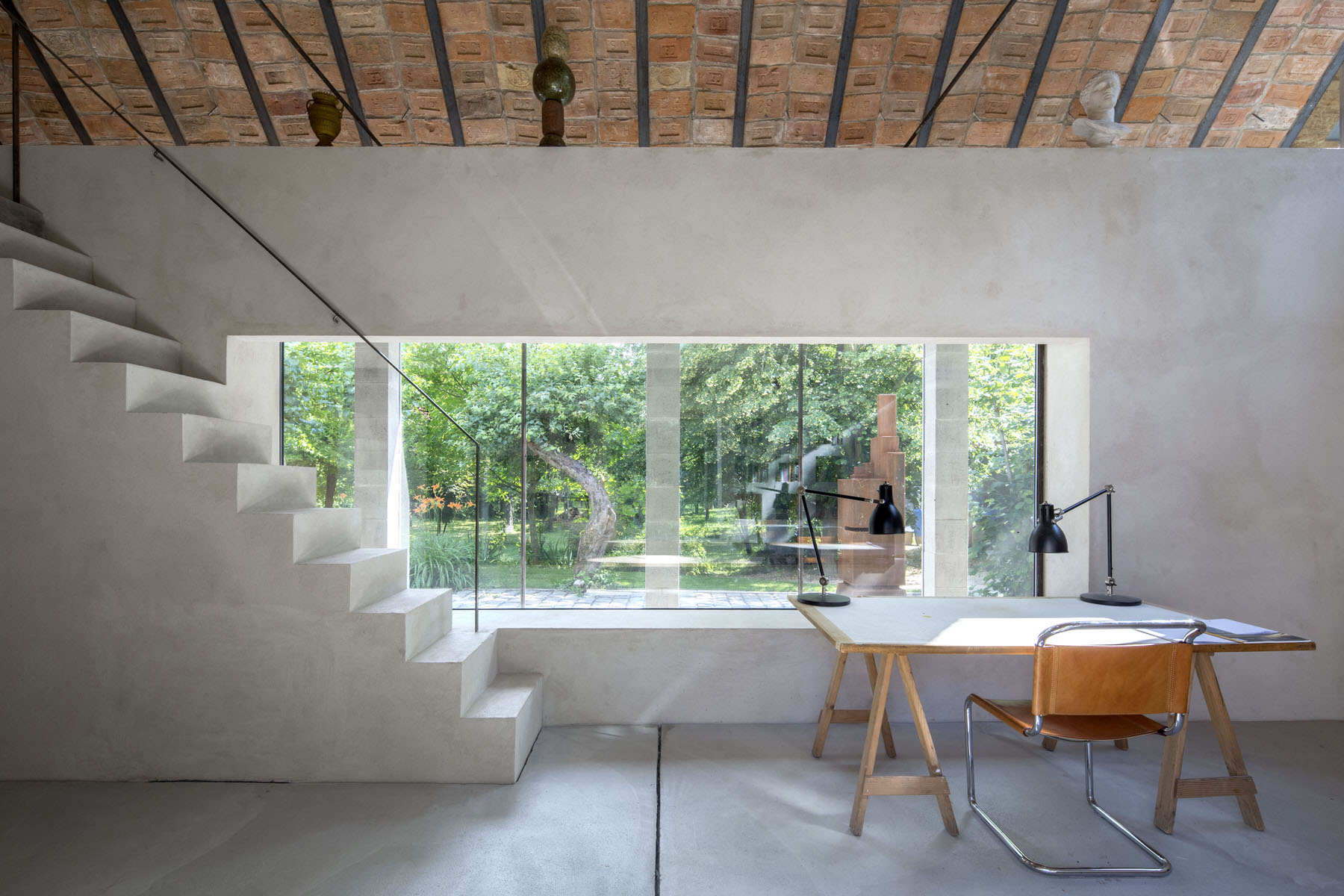 have designed an extension on the site of a former village brickyard, creating a home that pays homage to the culture and craft of traditional brickmaking. The 54 square metre building in , Slovakia sensitively blends the existing language of the home with a contemporary voice. The result is a project that celebrates humble building materials while highlighting their eternal beauty and relevance.

The existing building is a typical Slovakian country style home with a pitched roof. The vernacular portico attached to the main house volume marks the threshold between the interior and the exterior space. It acts as a protective zone, regulating the effect of sunlight on the mass of masonry during summer and winter – maintaining optimal temperatures throughout the year.

The extension is an elongation of the existing building’s rectilinear form. While the original form is continued, the internal spatial logic is entirely different. The new volume is open plan, blending different areas into one another. A ceiling separating the attic space from the living area below is nowhere to be found – a design decision that gives the traditional building a contemporary feel. 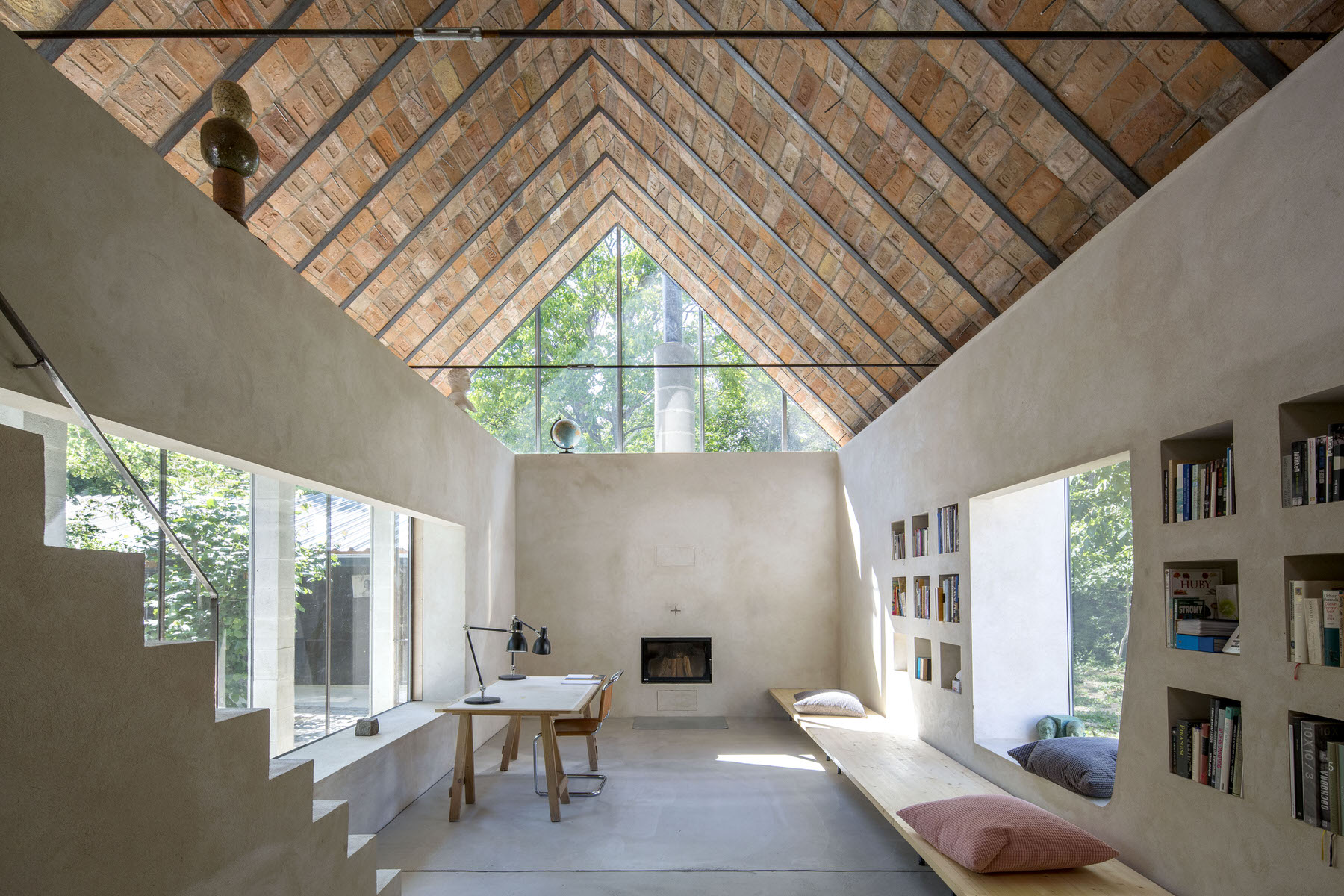 The exposed brick roof truss becomes the hero of the space, the beautiful rough quality of the bricks injecting texture and interest into the restrained design. All the bricks used are marked after their origin. Architects outline that, “more than 2/3rds have been manufactured by this former brickyard, while the rest originate from the vanished brick kilns of a nearby region”. The different shades of terracotta and muddy-brown are reminiscent of a decorative mosaic. Their changing colours and shadows become almost performative throughout the day, as warm sunlight is replaced by artificial illuminance by night.

The roof truss structure helps to maintain consistent thermal comfort in the interior, while the closable, glazed portico becomes a climate buffer throughout the year. Working together, these features help to produce comfortable year-round conditions without the need for artificial heating and cooling systems.

Walls are made from brick blocks covered both internally and externally with raw lime plaster. Materials, on the whole, have largely been left without any top coating and surface finishing, including the exposed concrete floor, precast concrete columns, and the steel beams and profiles. “In a certain sense, it is a finished-unfinished building”, conclude the architects.