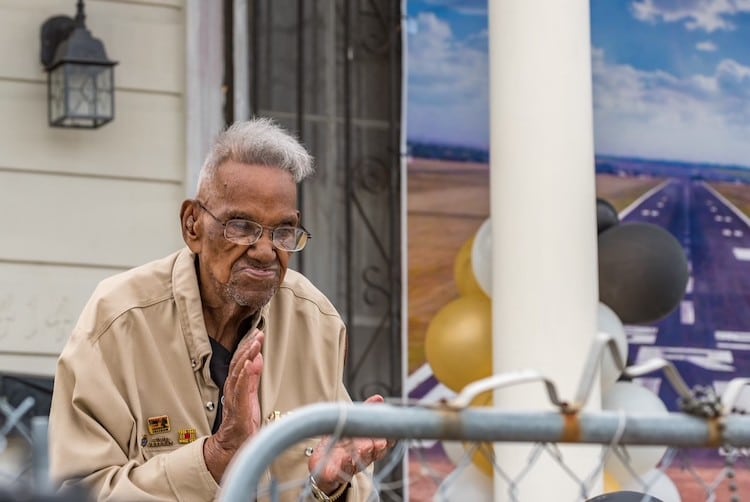 Born on September 12, 1909, New Orleans-based Lawrence Brooks is the oldest known U.S. World War II veteran. Brooks just turned 112 last week, and threw him a socially distanced, drive-by birthday party to mark the momentous occasion. The Louisiana-based museum has been organizing celebrations for Brooks ever since he turned 110. However, due to the pandemic this year, the legendary veteran enjoyed his birthday from his front porch.

Party guests drove Brooks’ home with celebratory signs in a Jeep parade and, in true New Orleans fashion, the parade was accompanied by a group of local musicians who call themselves the “Lawrence Brooks Birthday Band.” The festivities also included a live performance from the Museum’s vocal trio, The Victory Belles. And of course, there was plenty of birthday cake.

Brooks served in the U.S. Army from 1940–1945 as part of the predominantly African American 91st Engineer Battalion, which was  stationed in New Guinea and the Philippines. Brooks has five children, 13 grandchildren, and 22 great-grandchildren. Sadly, Brooks lost his wife, Leona, in 2005 to Hurricane Katrina, when she was 81 years old.

“Mr. Brooks’ birthday is a significant reminder of those who have served and continue to dedicate their lives to our freedom,” says the museum. “The National WWII Museum’s ongoing educational mission is to tell the story of the American experience in the war that changed the world so that all generations will understand the price of freedom and be inspired by what they learn.” 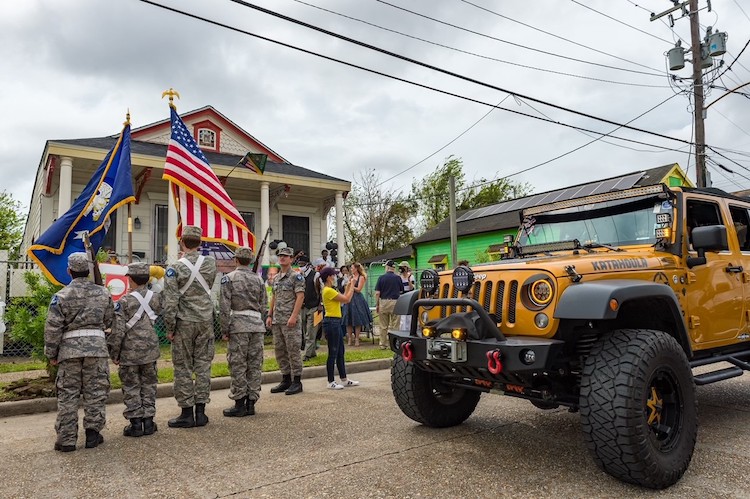 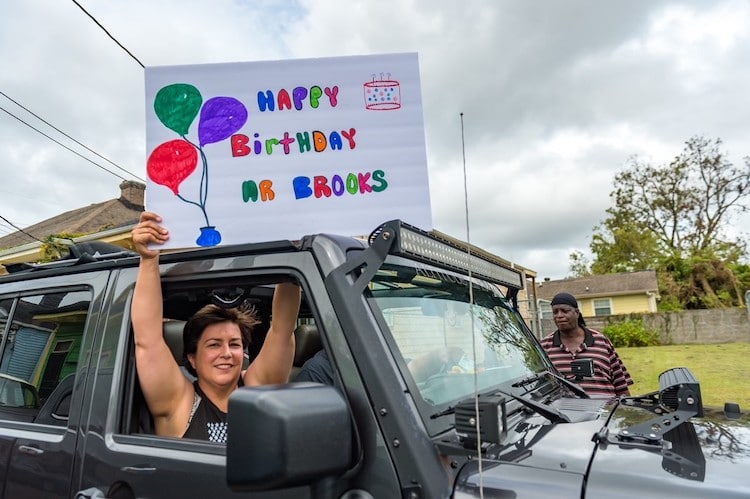 From his front porch, he was serenaded by the Museum’s vocal trio, The Victory Belles. 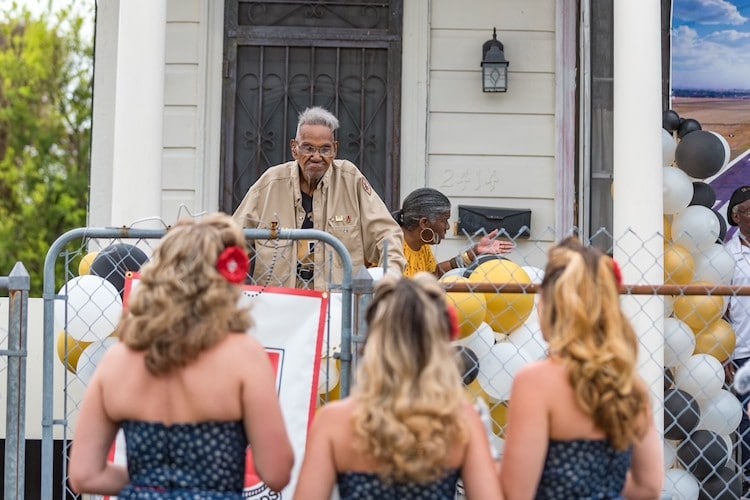 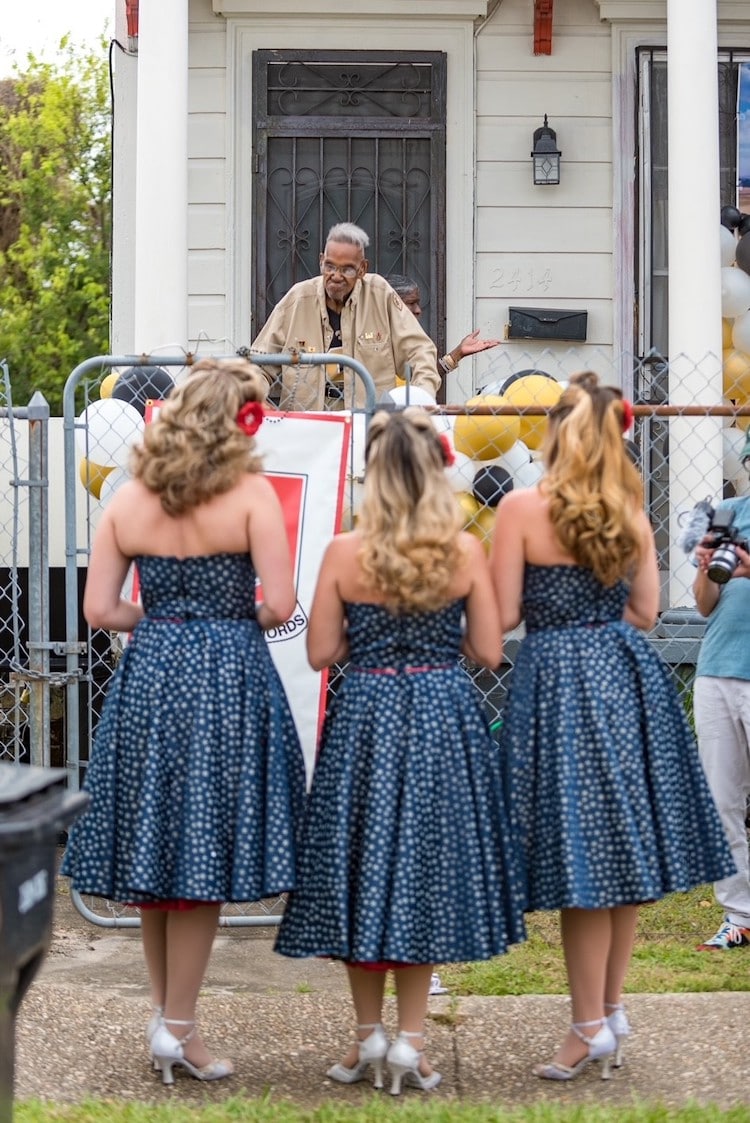 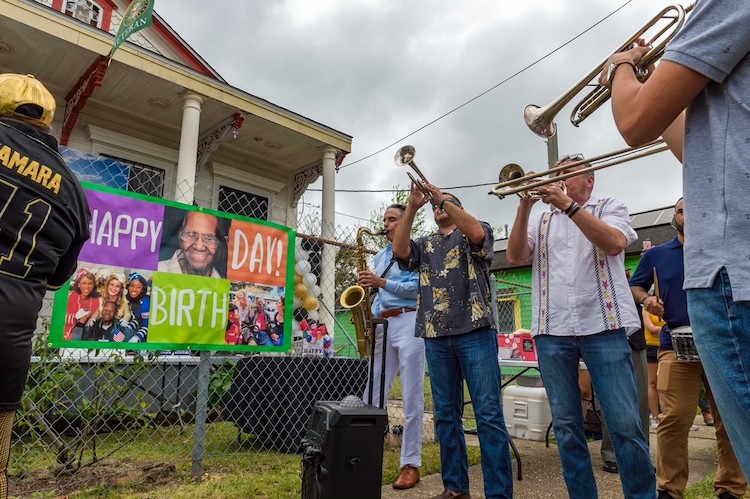 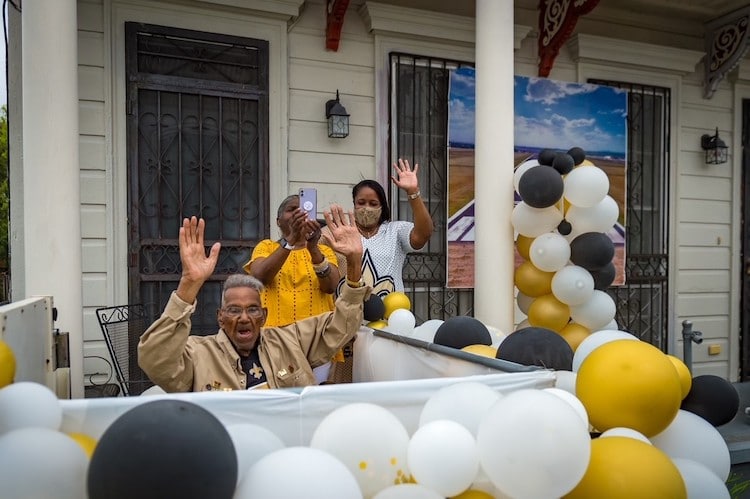 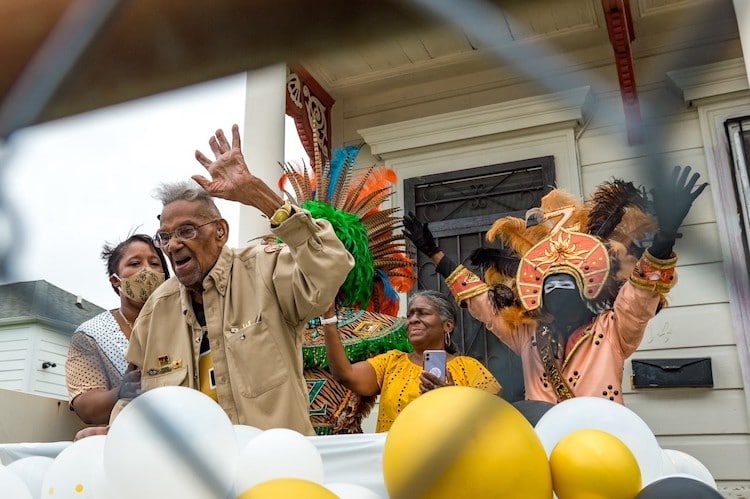 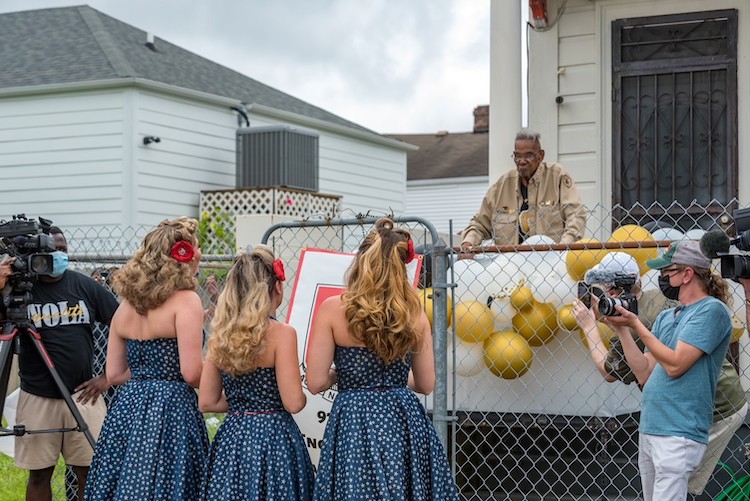 My Modern Met granted permission to feature images by The National WWII Museum.