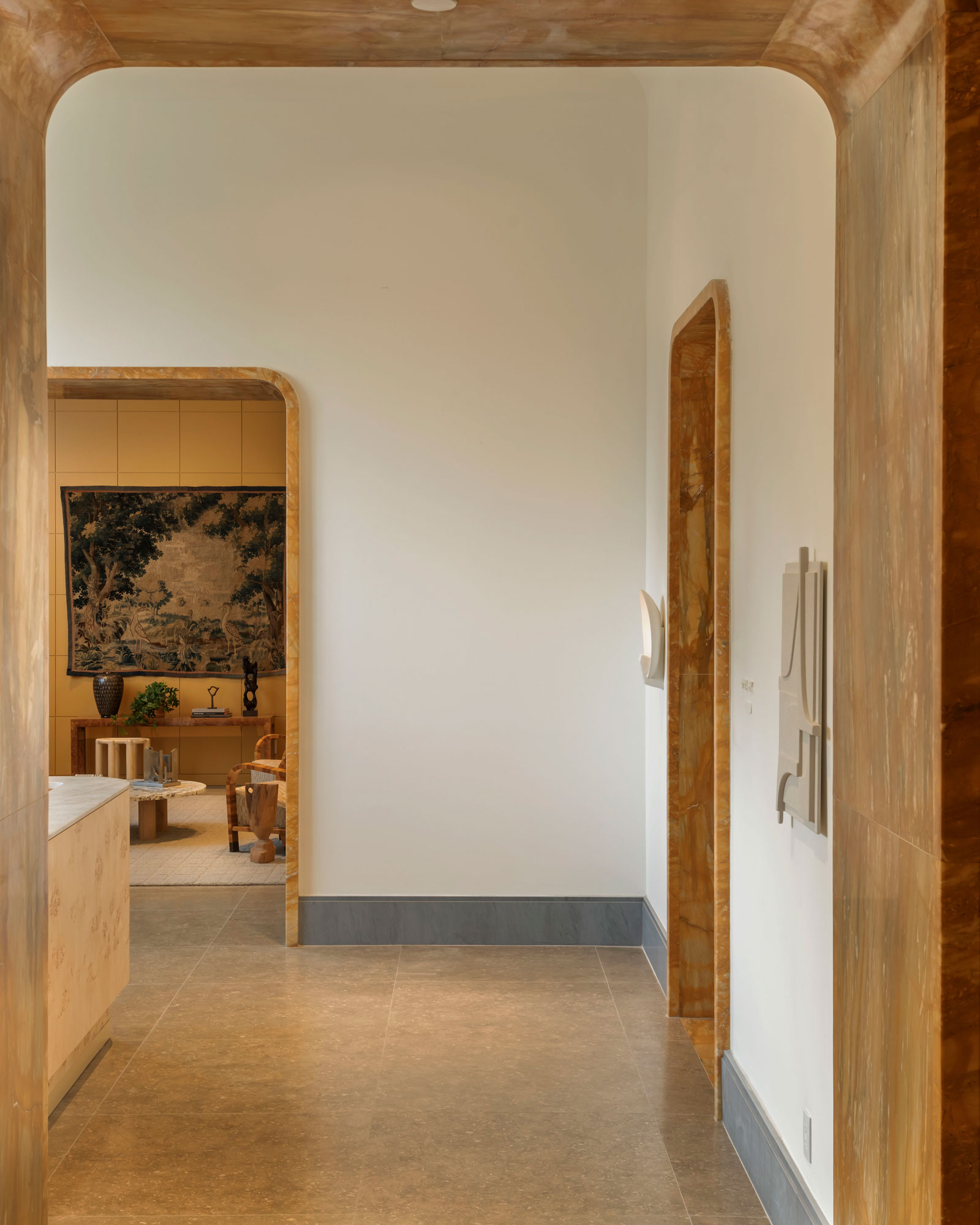 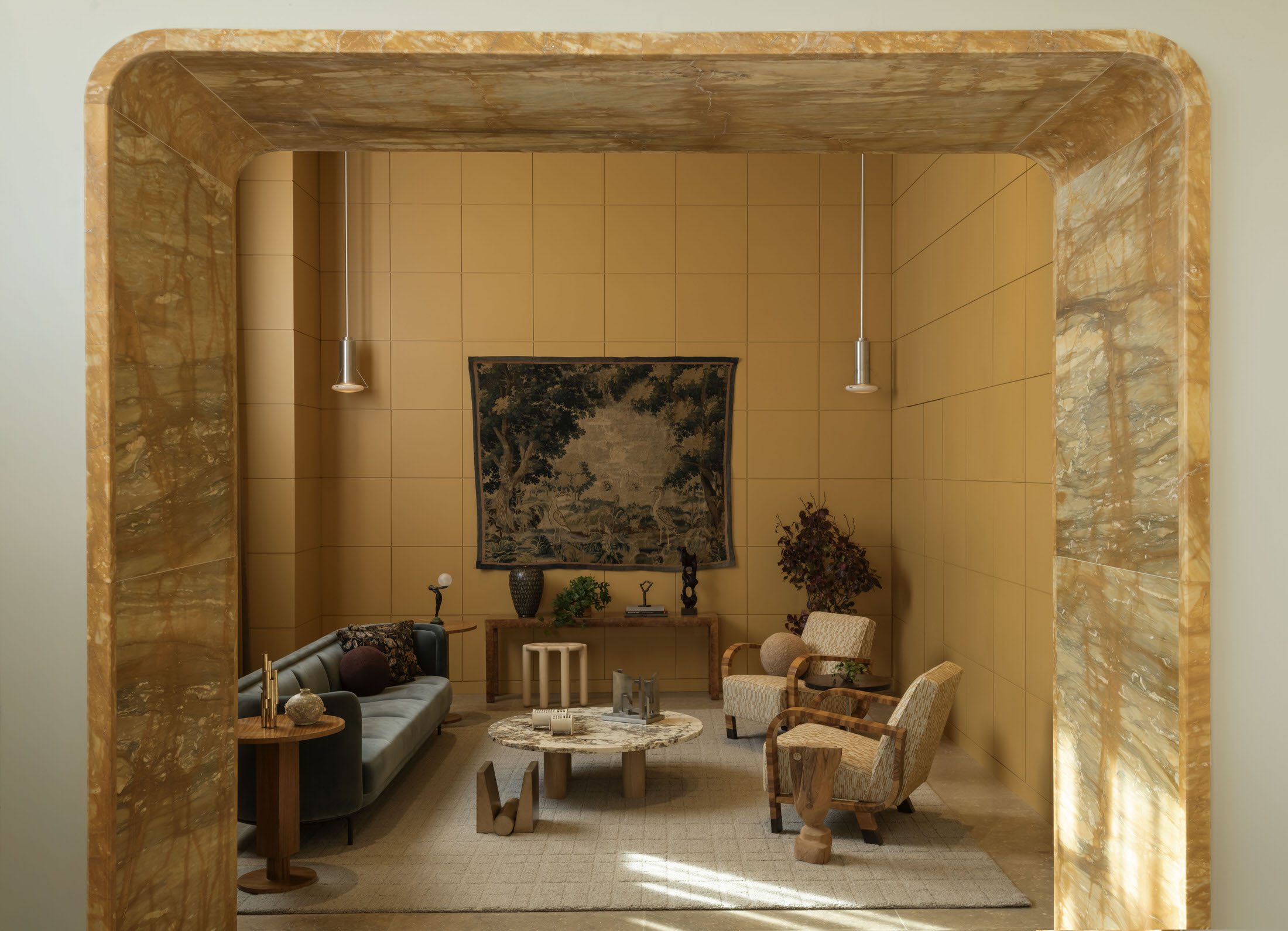 In the words of Tyler the Creator — it’s opulence, baby! For first residential building, One Prospect Park West, the natives pay homage to the historic Park Slope address with this . Sumptuous 1920s detailing has been reinterpreted through a rigorously contemporary lens.

For the practice that has been dominating the American design landscape for over 10 years, combining traditional inspiration with contemporary elegance is kind of their jam. Located on the corner of Prospect Park and Grand Army Plaza in , the Classical Revival building dating back to 1925 once held a lavish hotel, members only club, bowling alley and ballroom. Luckily falling into safe hands, Workstead ensured the newly designed interior kept with the building’s illustrious past. 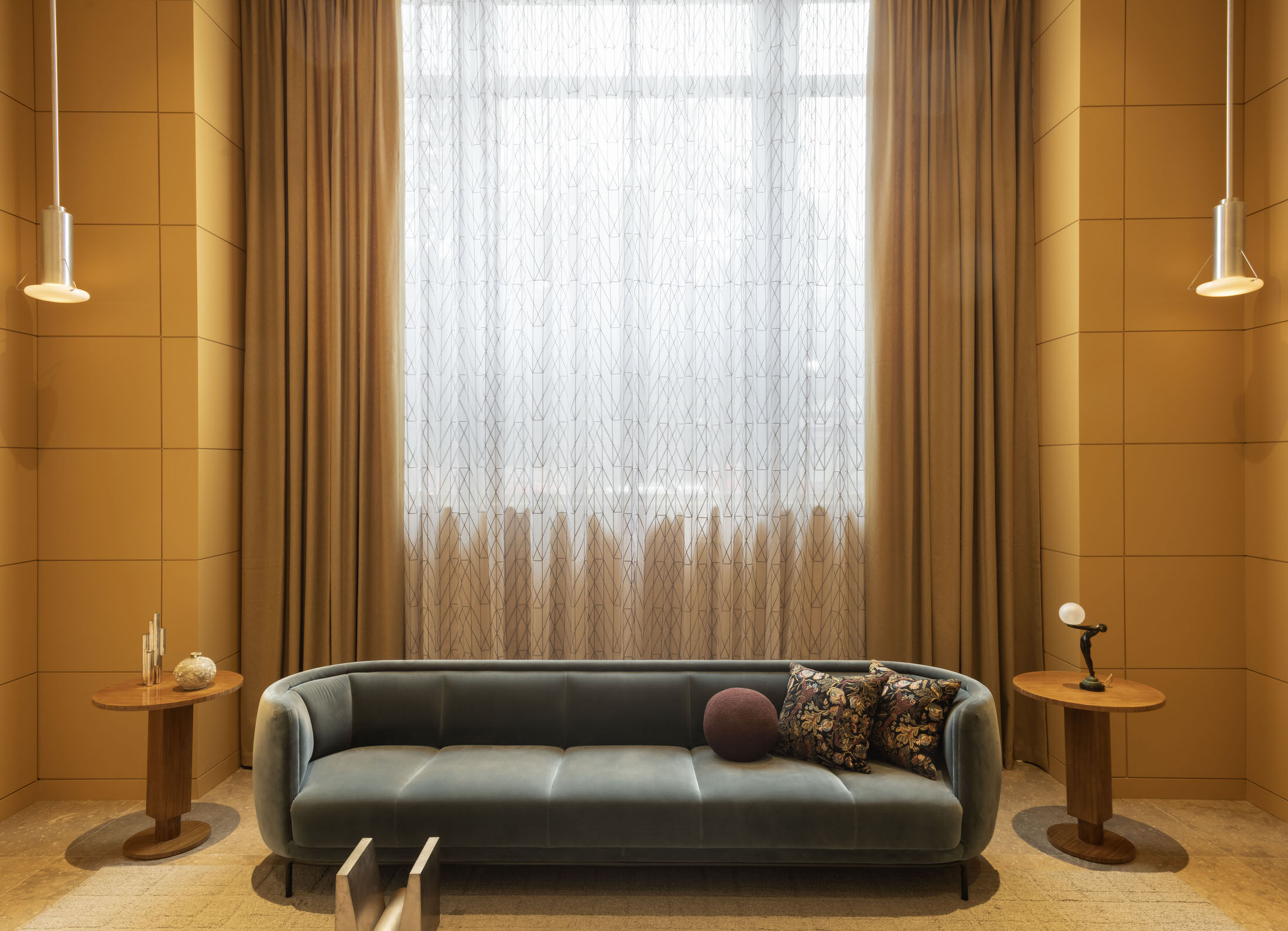 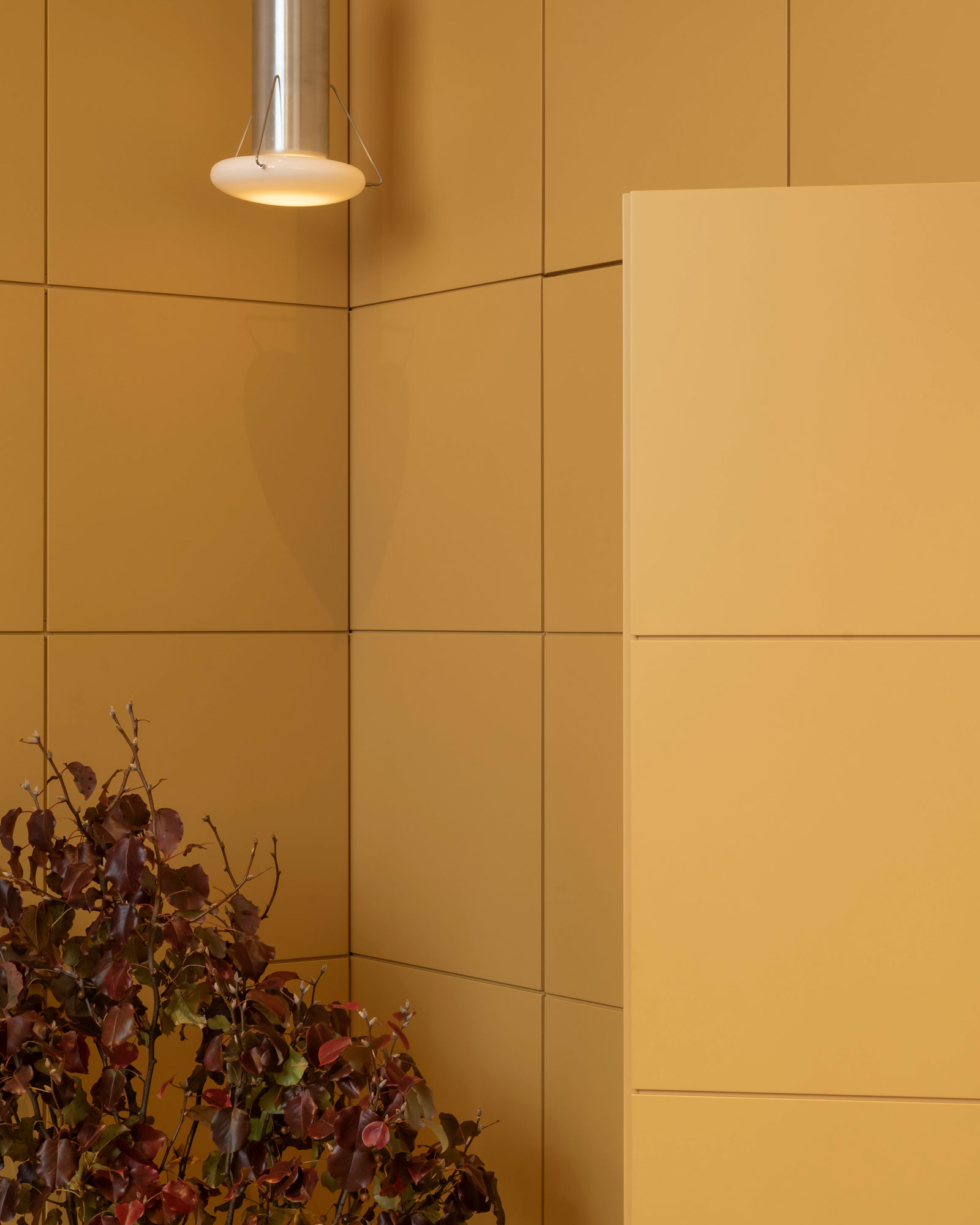 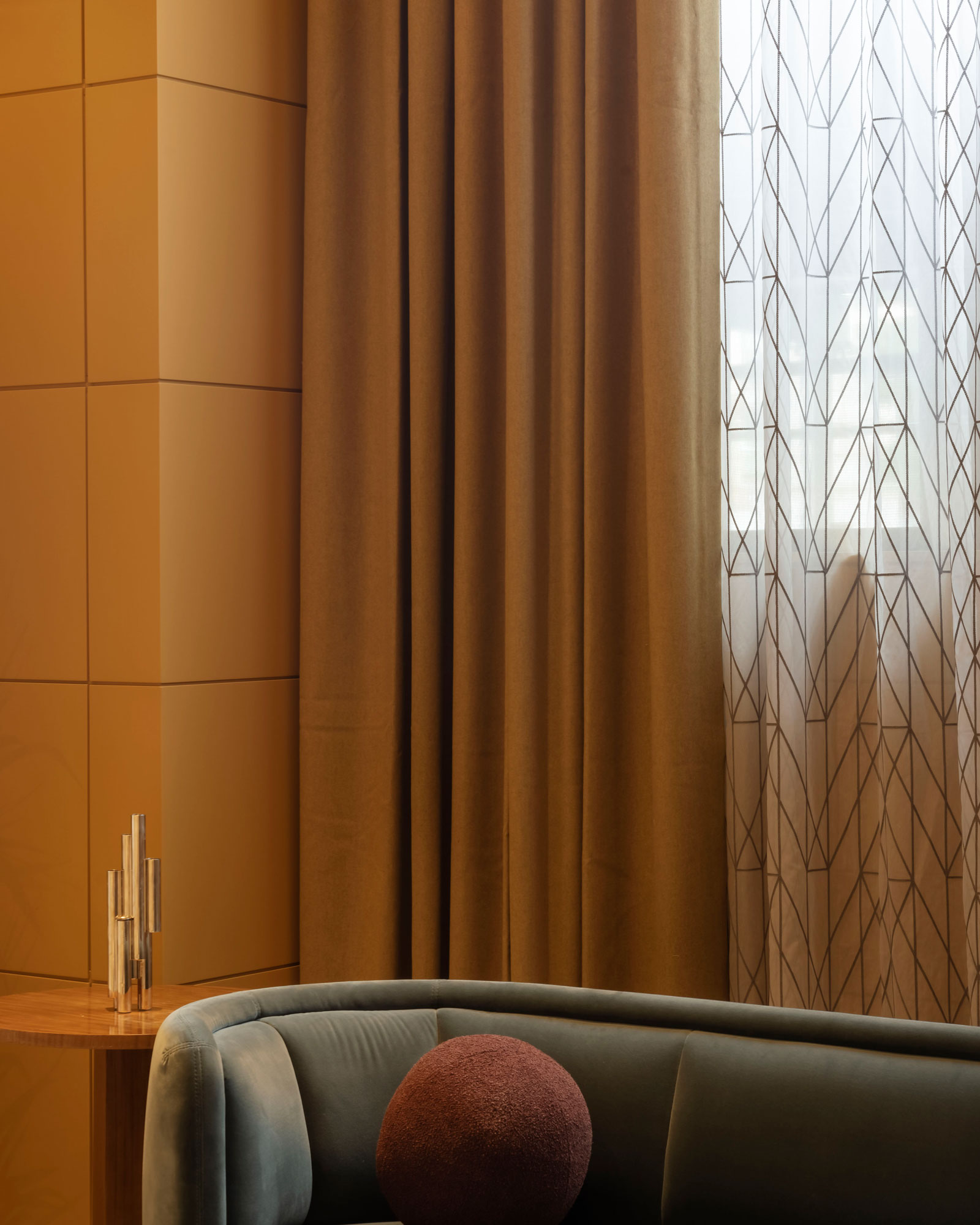 As in any building, the lobby sets the tone, and with One Prospect Park West, Workstead certainly made a splash. The handsome interiors don’t scrimp on the noble materials, pairing the decidedly elemental palette with some seriously generous five-metre ceilings. An eye watering Giallo stone and thresholds compete for attention with a gleaming vestibule and flooring. Front-facing, the burled wood front desk with inlay feels anything but retro. The grandeur of pre-war is everywhere—and yet it is understated.

In the adjoining lounge ochre wood panelling on the walls and ceilings add an almost futuristic element to the space. Uniquely proportioned, the arched openings bring special attention to the otherwise ordinary moments of egress. While it may begin in the lobby—as stated earlier— the lobby does tend to be the trendsetter of any building, the curved archway motif is echoed in the rooms following. Objects from , collectable furniture and soft furnishings from add texture to the refined space. 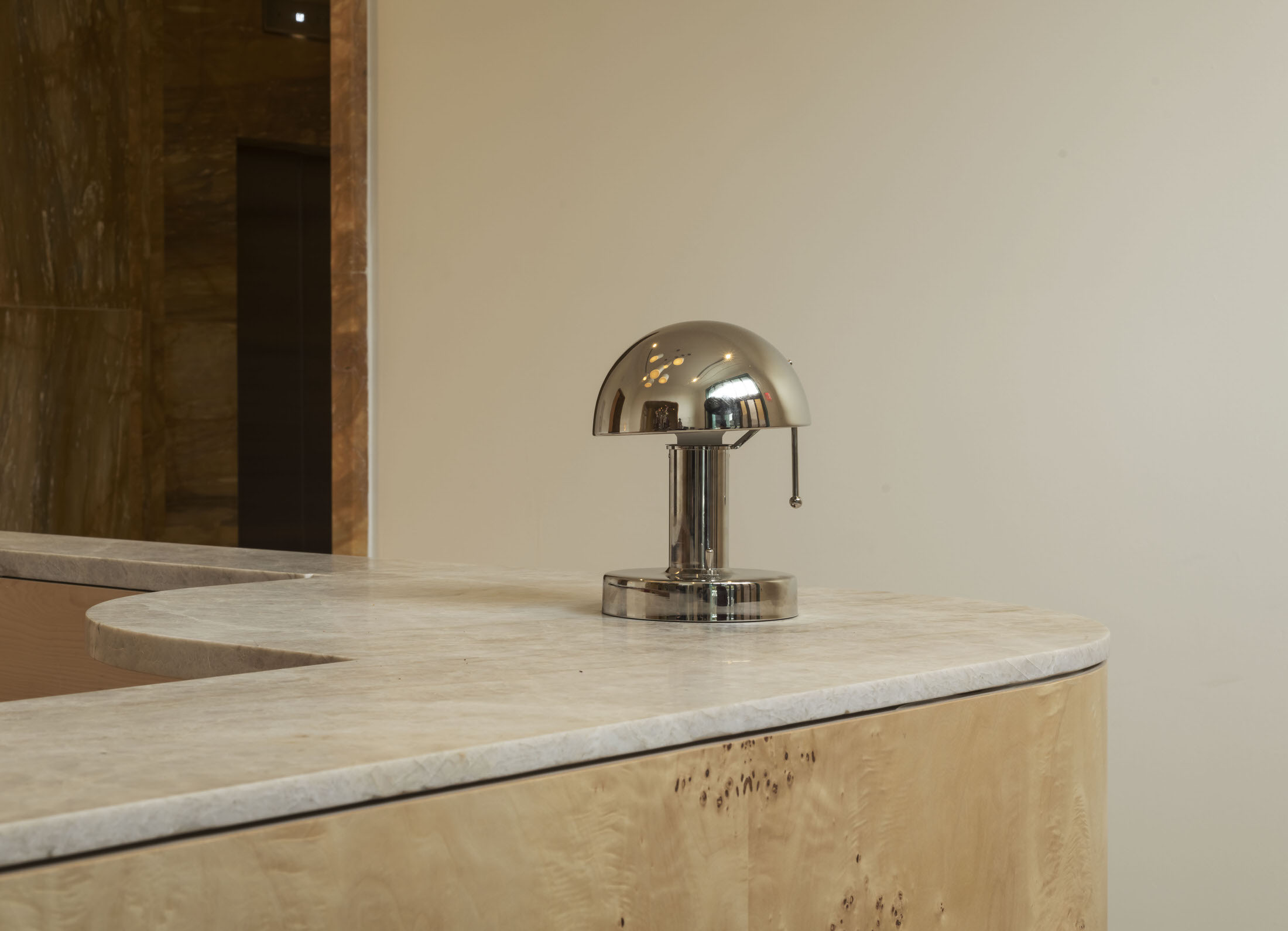 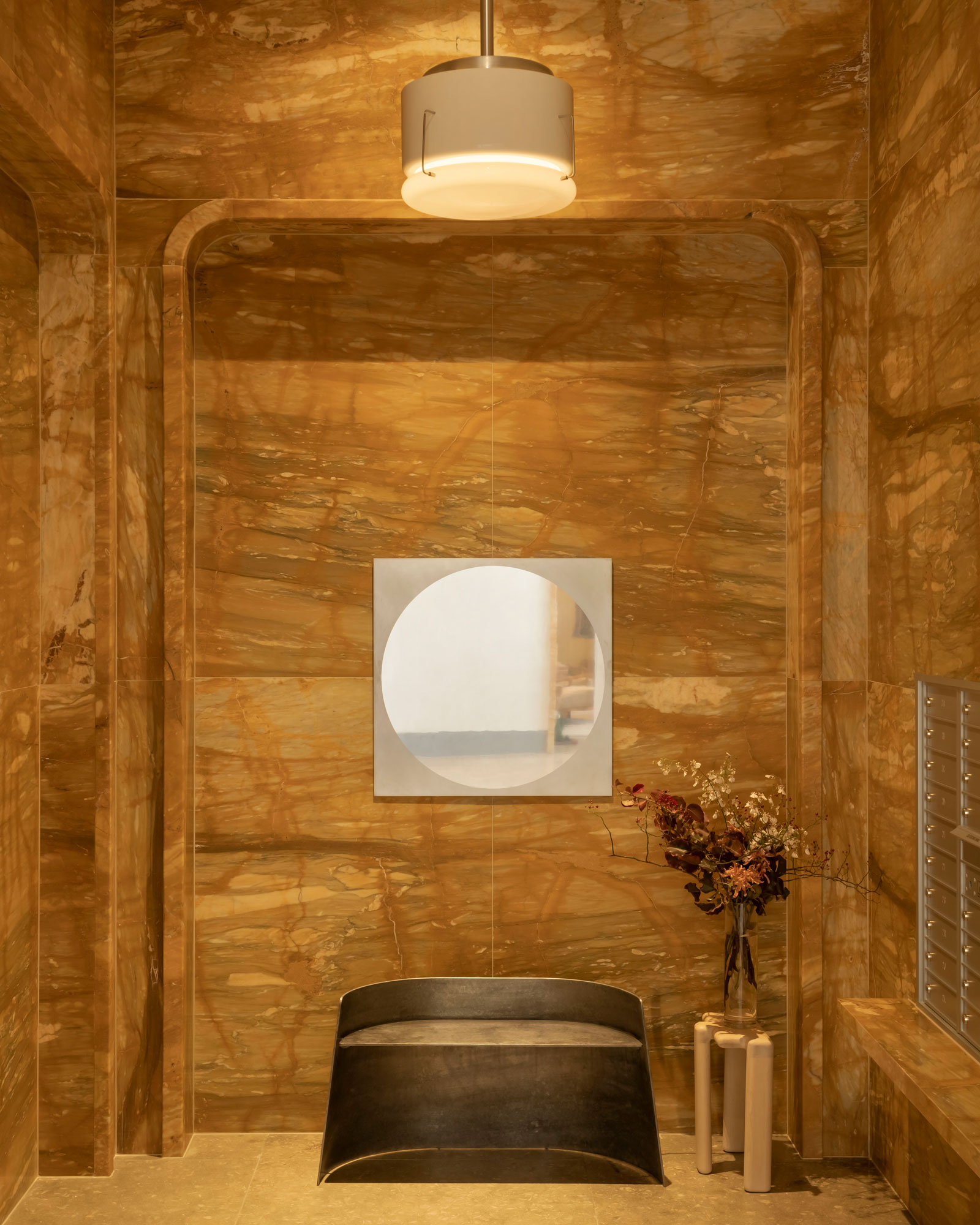 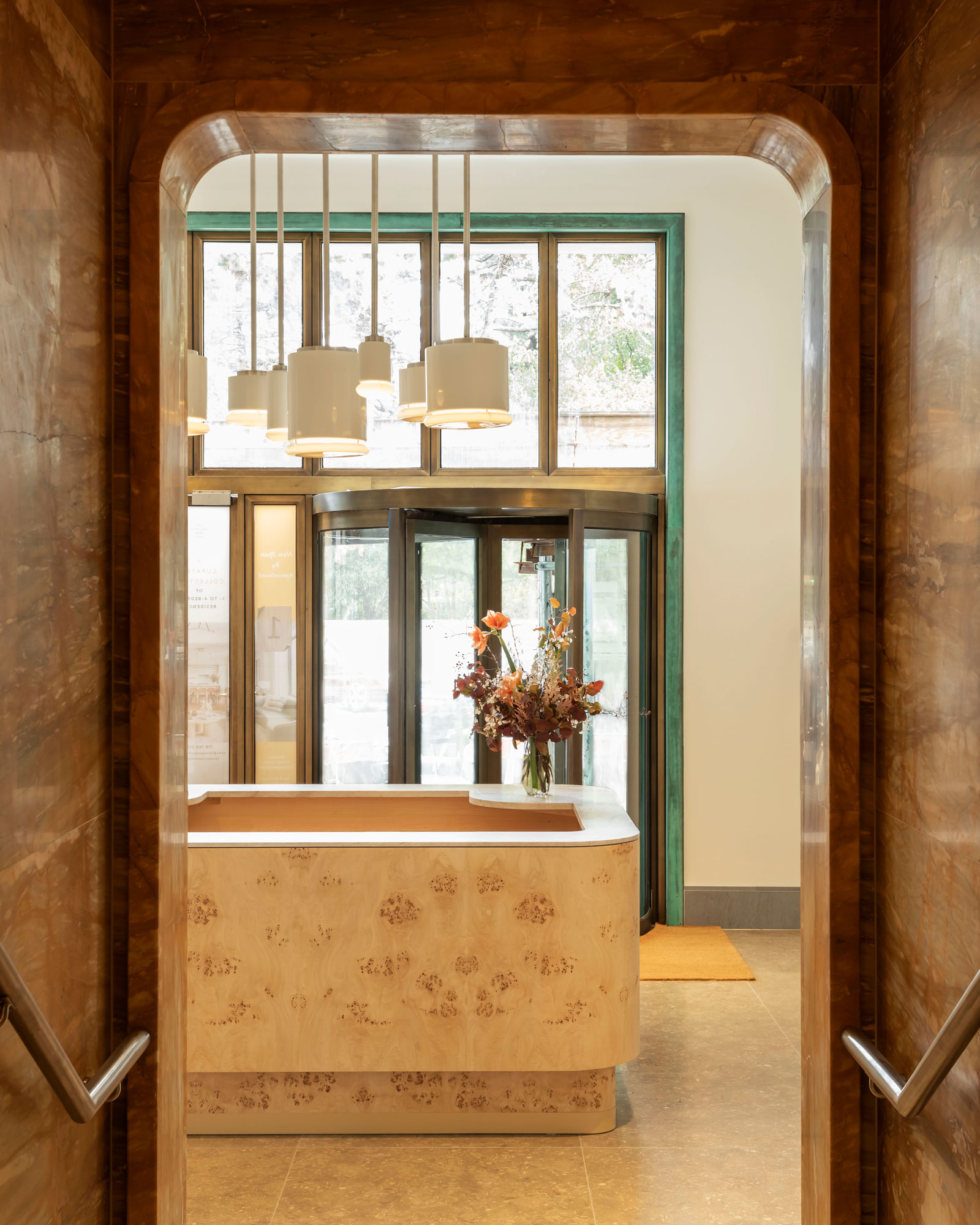 The multi-hyphenate practice is also in the business of . They designed a collection dutifully named Park to run concurrently with the project. The pieces reference the residential building’s history while feeling just as comfortable within a contemporary interior. The symbiosis of this can most notably be seen with the custom-designed pendant found above the front desk.

As eras collide in this beautiful lobby, like an ode to the 1920s that looks to the future, the timeless interior is a good starting point for the building’s new lease on life.