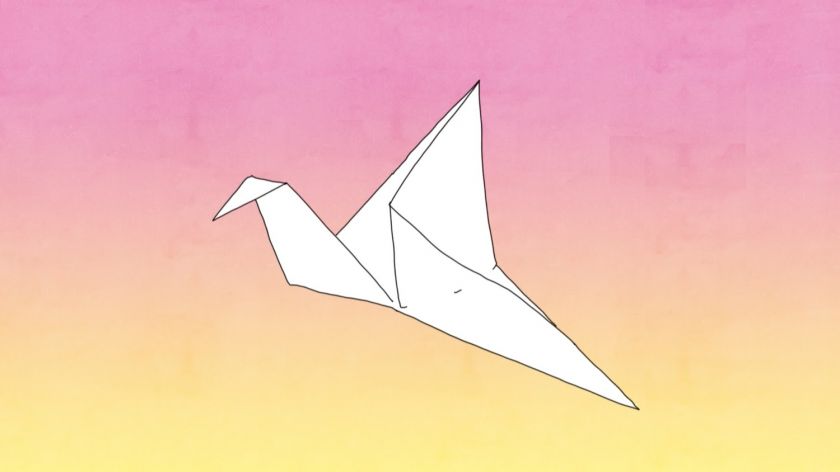 Spanish illustrator and creative visual artist branches out into animation as she creates the beautiful, melancholy music video for Paloma Blanca. Telling the story of a girl who folds the perfect origami bird that comes to life, it features the hazy and saturated colours which have won María a legion of admirers.

As well as illustrating and animating the video for Paloma Blanca, she was also given creative freedom to direct the video. The track, which is the third release from well-known music producer Jacob Olofsson under the alias Olovson, is a wistful, haunting affair which María has done justice to perfectly with her dreamlike visuals.

In it, we see a girl repeatedly folding a flock of origami birds and dreaming of them one day hatching into a real-life creature. María makes clever use of panning shots and moments of reflection to tell a captivating story loaded with magic realism.

Culminating with a dramatic sequence where the impossible happens, and the girl soars away on a gigantic origami bird, it’s a tale that calls to mind sequences from the animated adaptation of Raymond Briggs’ The Snowman.

It’s a charming sequence that is only enhanced by María’s bold colours and delicate brushstrokes, highlighting the sense of adventure and wonder found within a child allowing their imagination to lead the way.

Speaking of the video for ‘Paloma Blanca’, Olovson says: “This story is about a young girl who spends her days creating origami birds and paper planes. Her biggest wish is for one of her creations to come to life. Maybe it would if it was folded just perfectly.

“I have been a big admirer of María Medem’s art and storytelling for a long time, so working together on the video for Paloma Blanca has been incredible. Her vivid colours and imagery flow seamlessly with the music and makes me believe in magic.”