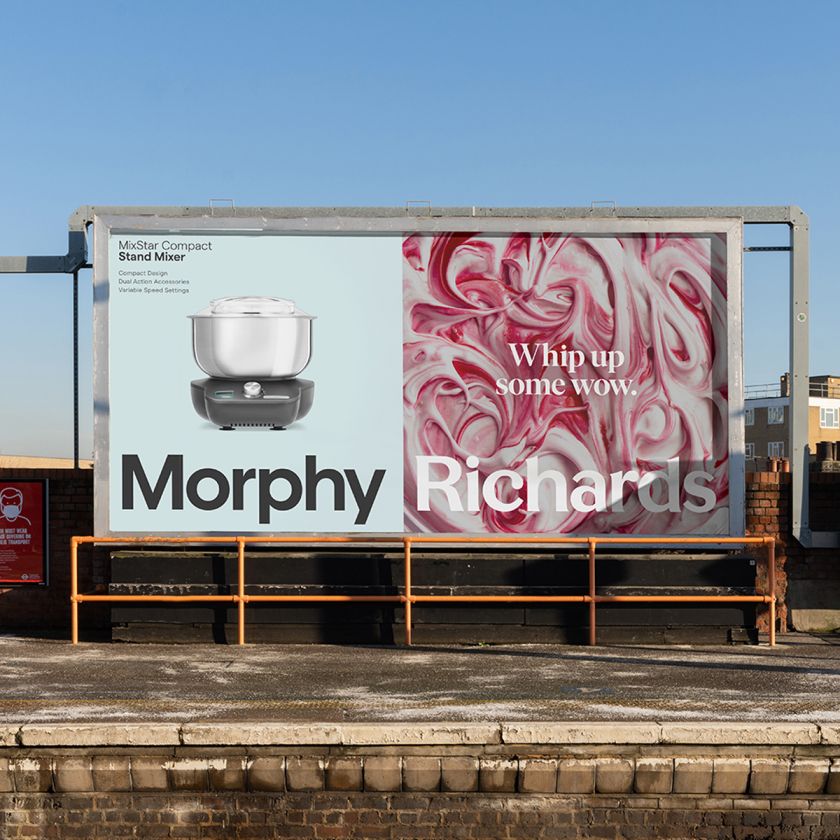 In a pleasing twist, London studio has given Morphy Richards a visual overhaul with illustration playing a leading role and two new typefaces in its new wordmark reflecting the founders’ different personalities.

Morphy Richards was founded in 1936 by product engineer Donal Morphy and his business partner Charles Richards – a consumer salesman. The pair were “a recipe for success,” explains Otherway founder Jono Holt, leading to a brand that specialises in toasters, hairdryers, bread makers, kettles and more. But today, it faces increasingly stiff competition from around the world. “Its market share has steadily declined, prompting the new management team to set us the task of repositioning the entire business proposition,” Holt adds.

Otherway set out to help Morphy Richards stand out and make it relevant to customers in areas like the UK, China and Australia. Following global research into various markets, Otherway came up with the idea of ‘Happiness Engineered’ – a simple proposition based on the history of the business and its founders. “It represents the perfect partnership between form and function,” Holt explains. “Where innovative products are designed to make home life easier and happier.” 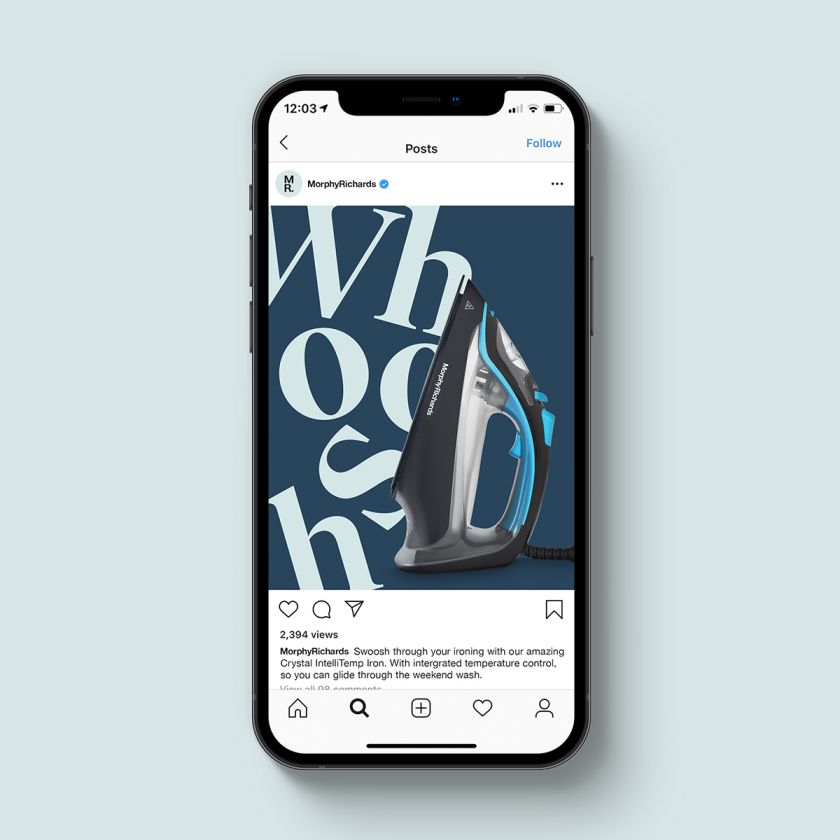 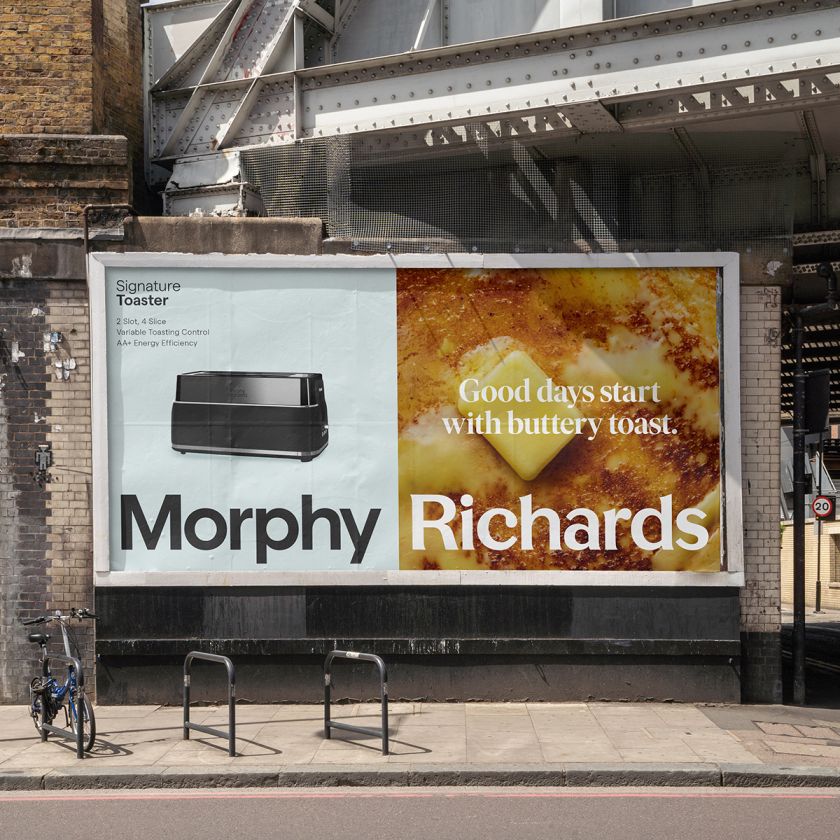 Taking this proposition to the brand’s heart, Otherway worked with lettering artist to develop the new Morphy Richards logotype, making it “a beacon of the new brand vision”.

The two typefaces of the logo reflect the different personalities of Morphy and Richards. The Morphy font dissects elements from the original logotype but now modernised across the structure to bring an “engineered authority” to the brand. While the Richards font takes the character of the salesman but adds characterful serifs to bring a dynamic contrast between the two. A moving MR logo mark and animation give a “recognisable consistency to all moving content and a stamp of approval across product quality”. 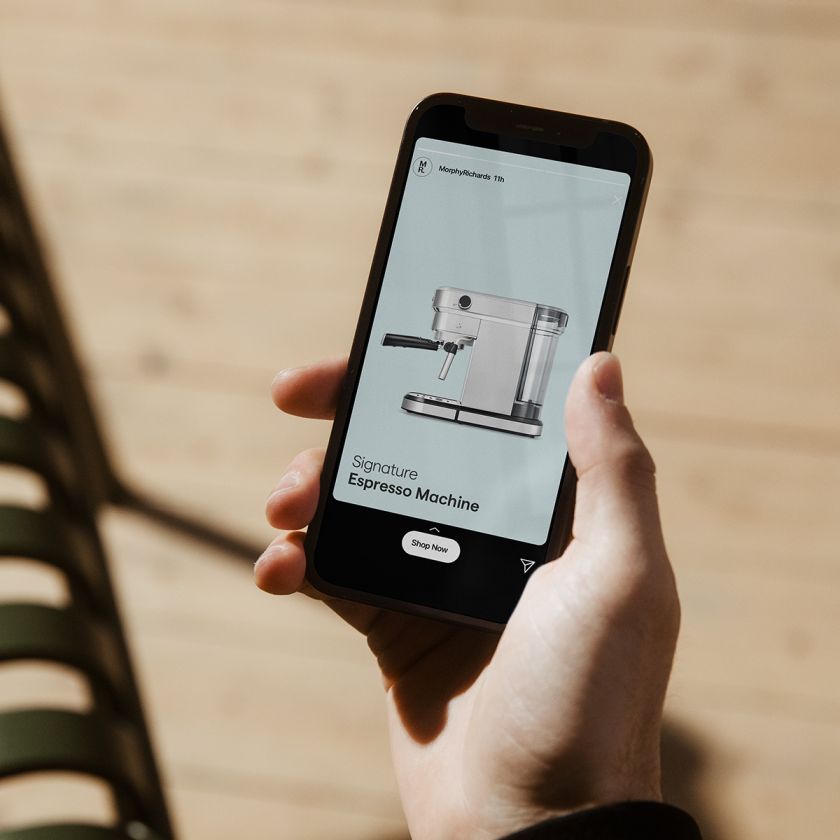 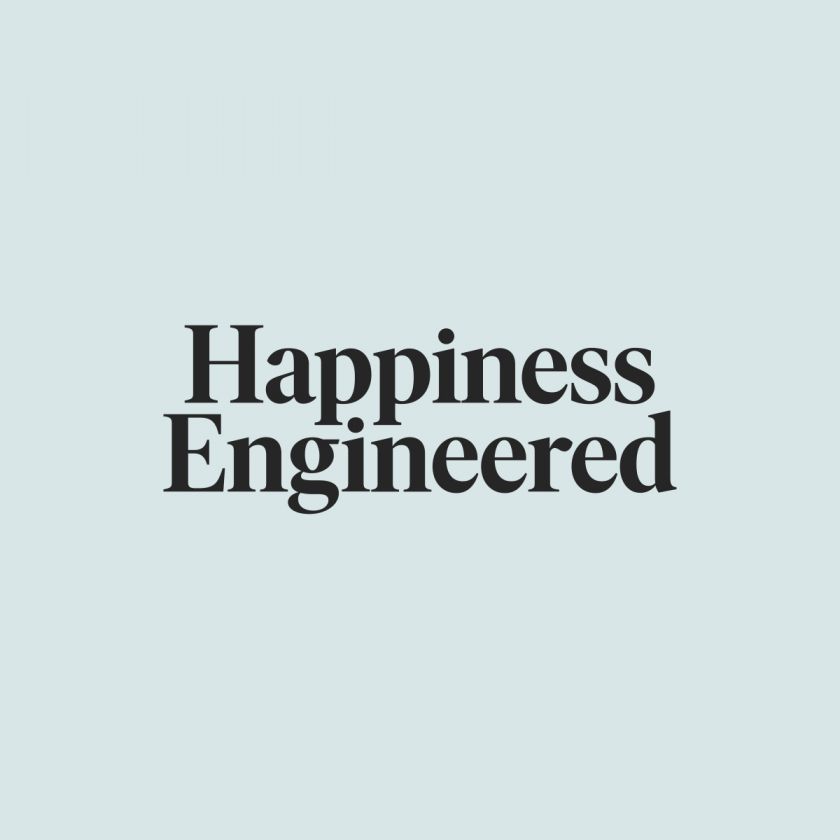 Otherway also partnered with British artist to create a suite of characterful illustrations that embody the new brand purpose, one that “finely balances that juxtaposition of product, expressive brush strokes and penmanship to bring these eccentric characters to life,” says Holt.

Otherway developed a bold, new packaging design to “cut through the noise of a traditionally cluttered category” as part of the brand reset. A clever touch is the apparent slicing of products in two to again point to the co-founders and their different personalities but also emphasise this idea that Morphy Richards offers the perfect combination between technical engineering and product design. “The idea of ‘Happiness Engineered’ is a celebration of their beautiful contradiction. We believe the most impactful ideas lie where there is tension,” adds the studio. 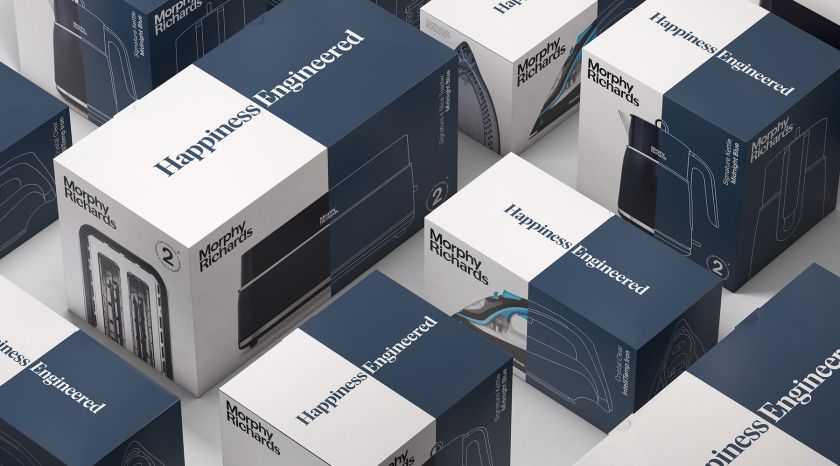 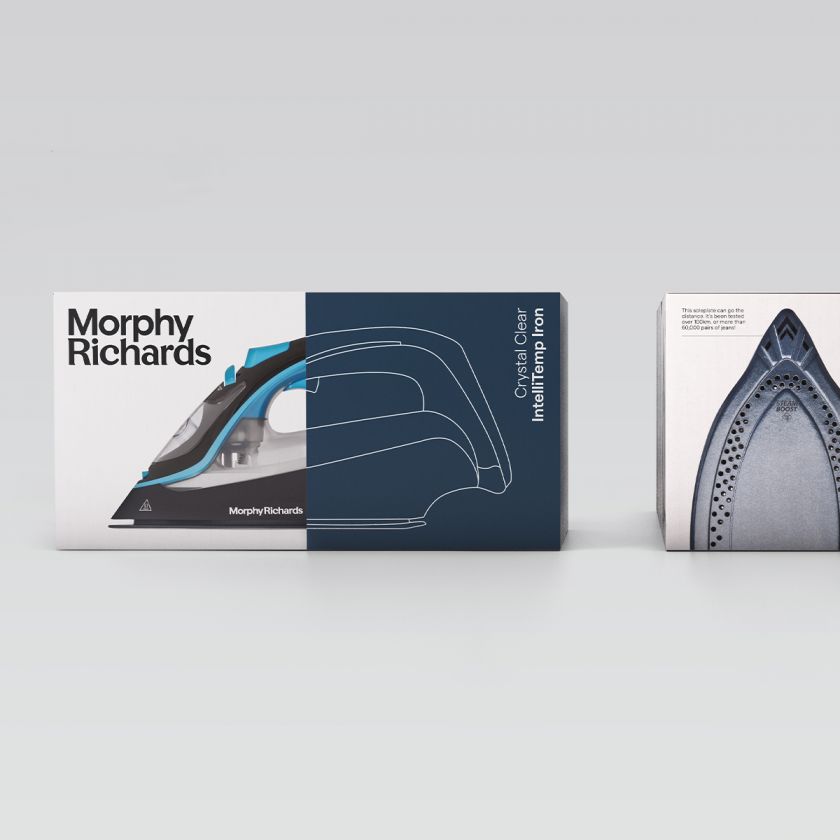