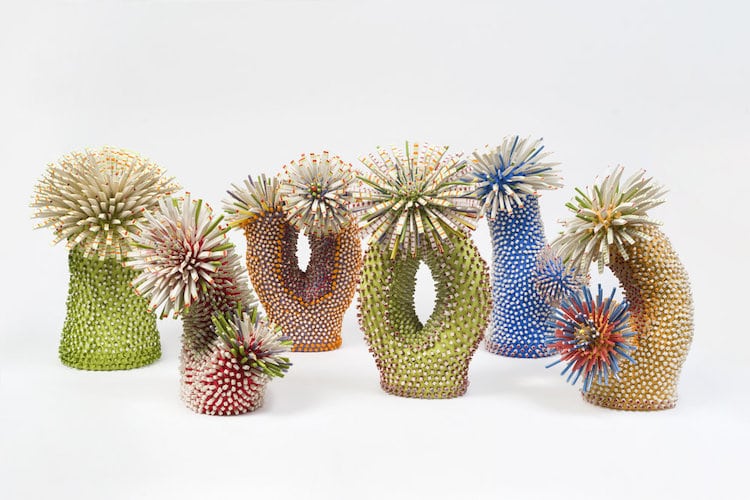 Artist creates something whole from things that are broken. Her ceramic sculptures of plant-like organisms are formed with thousands of porcelain shards. The arrangements are a spellbinding combination of colors, texture, and forms that have an otherworldly appeal. Her In Eden series, in particular, conveys this sort of beguiling beauty; the pieces have an inviting warmth to them with tropical greens, pinks, and oranges. But at the same time, their texture is defensive with porcupine line-like needles that cover their entire surfaces.

The nature of Peled’s work is often at odds with one another. “The association of porcelain with grace, refinement, and civilization is turned on itself when we are confronted with this material in another state,” . Broken down into small pieces, there’s a “brutality” to her work with its all-over fragmentation. “When seen in the organic formations of Peled’s structures, a whole from the shards is recreated, this time estranged from its original context of neatness, tradition, and cultivation, but nonetheless unified by an overall cohesiveness of movement and composition.”

Scroll down to enjoy the details of In Eden. Then, follow Peled on to see what she’s working on next.

In her series In Eden, Zemer Peled has created porcelain sculptures from thousands of shards. 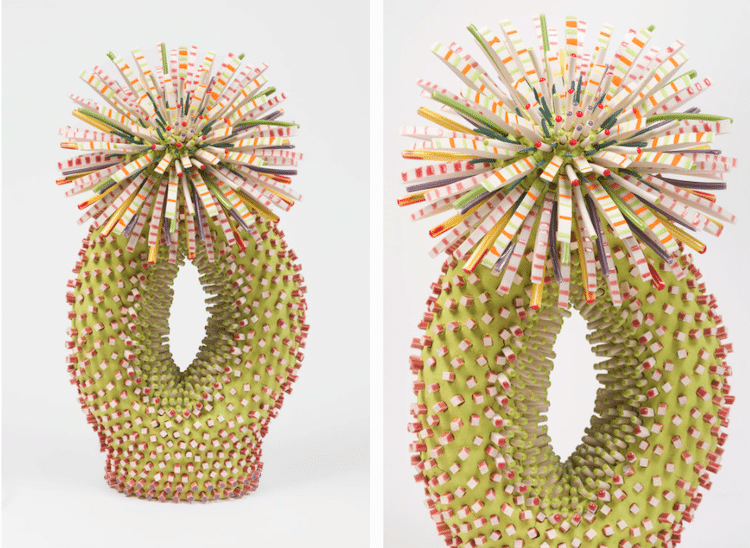 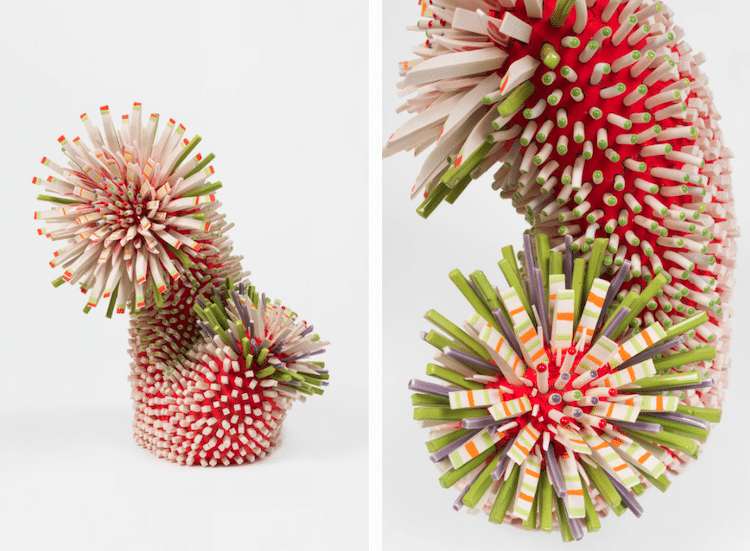 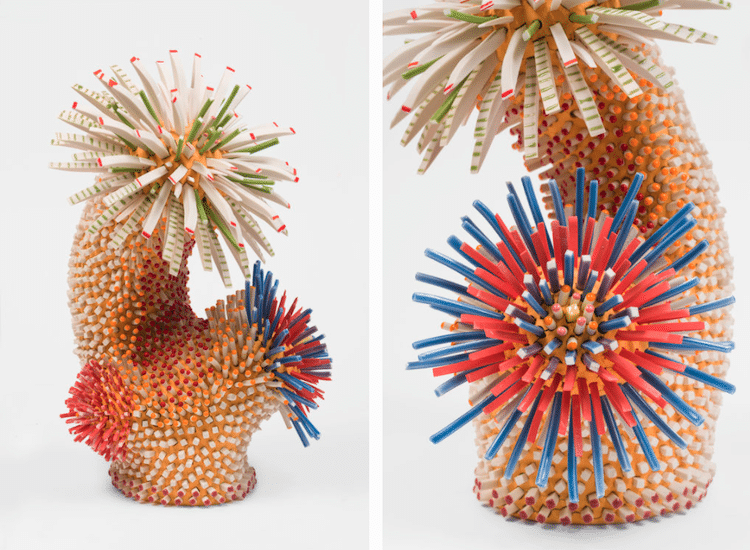 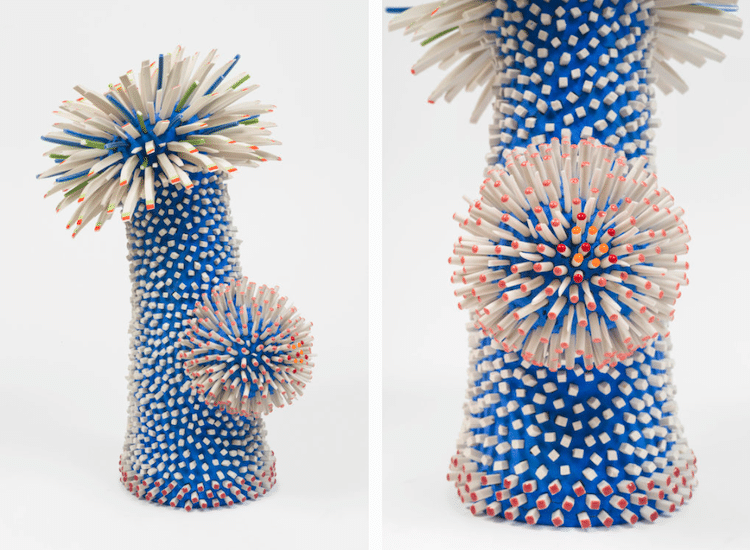 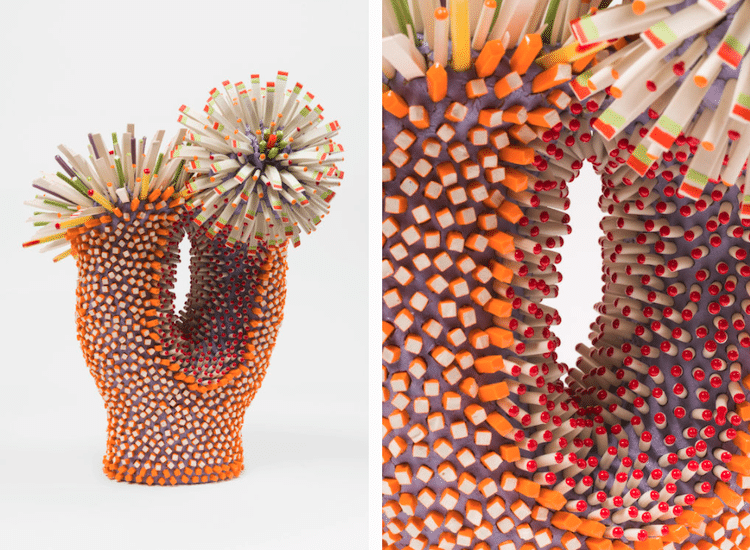 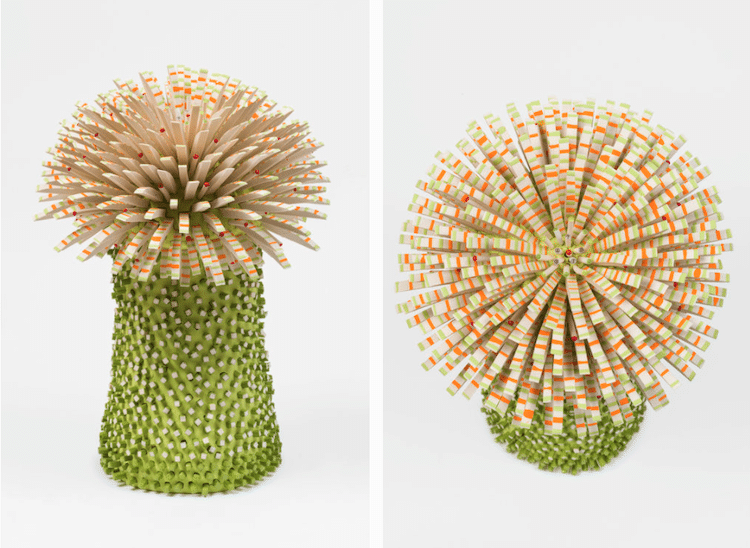 Get an up-close look at the incredible detail in the video below: