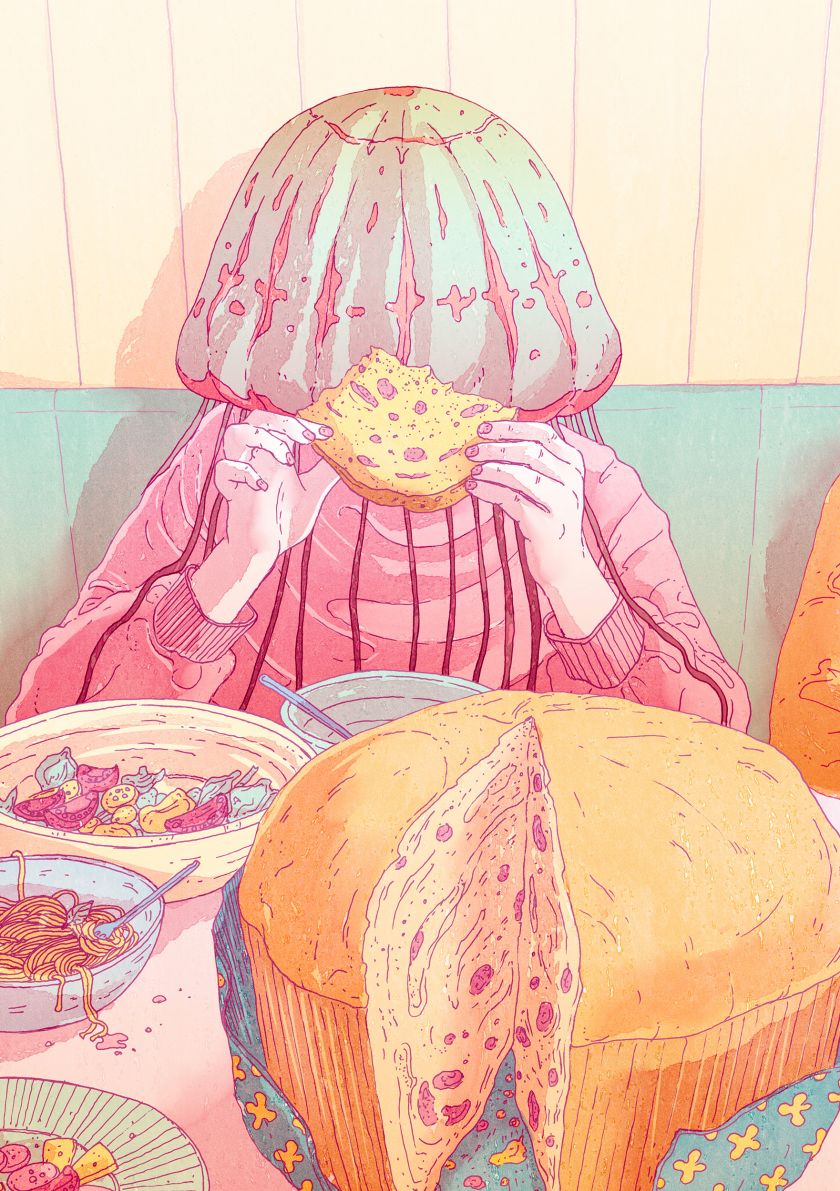 Born and raised in Milan by a Russian mother and Italian father, ‘s fascination with Japan began aged 10 when she purchased a piggy bank to begin saving for a trip to Tokyo one day. Eleven years later, she visited the Asian city for the first time and the experience had so much impact, it influenced her career in illustration and animation.

“I broke that money-box and spent everything in a few short hours,” Elena tells Creative Boom of that initial trip. After graduating in 2D Animation from the Centro Sperimentale di Cinematografia in Italy, she decided to visit Japan once again but ended up staying for two years, working as an intern at a traditional animation studio.

“Having experienced firsthand the disadvantages of living in a country where speaking English is not enough for being understood, I started to cultivate an interest in the absurd,” she says. “An absurdism which led my memories to travel between the real world and fantasy, between being of a human and not. The incapacity of communicating with someone else represents not only a focus but also the contour of a conflict between the self and the other. A fight which I translate through dreamlike atmospheres where no one is ever fully human, and no one is ever fully understood.”

“The philosopher Wittgenstein once said that if a lion could talk, we could not understand him, and that would happen because all its experience – Umwelt – is based on something we can not translate,” Elena adds. “To me, this concept is conveyed in the figure of the octopus (or in general, of marine creatures), which represents the other, and an element whose level of sensibility can not be translated by any language.” 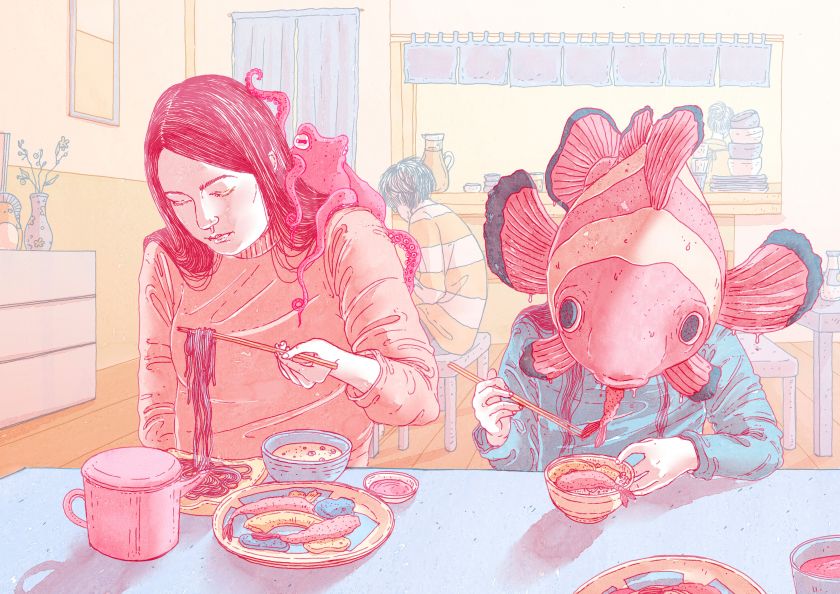 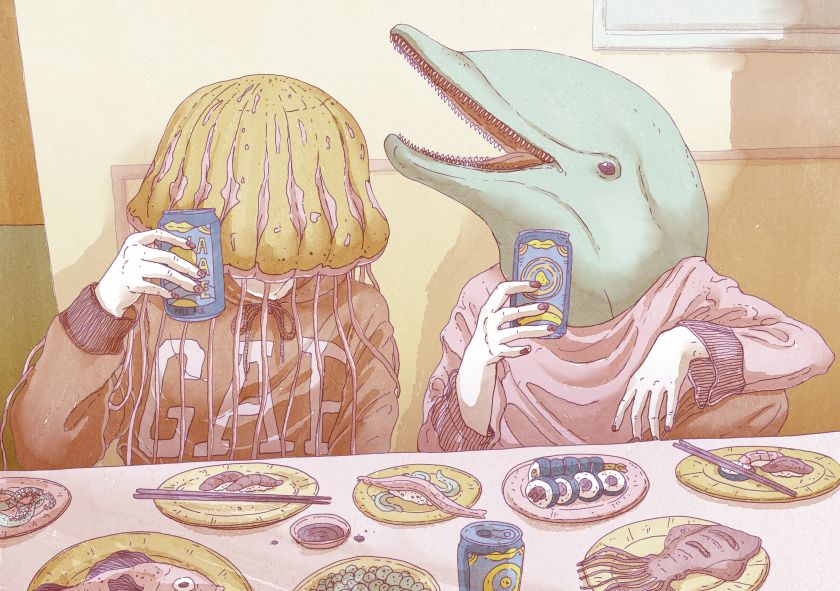 It was, in fact, the octopus that inspired her final year project as she later completed an MA in Visual Communication at the Royal College of Art in London. is a collection of illustrations, an animation and an interactive website that she created, which includes an “interactive octopus you can chat with,” as she explains. “It’s where people can experience the feeling of knowing someone new, as well as navigate through my personal experiences of encounters I had with women in Japan,” she adds.

Elena also created an introductory video for her graduation project, one that is hand-drawn and coloured digitally. The traditional paper animation is set to dramatic music by A Shamisen Orchestra as we watch the film’s protagonist brushing her hair on a bullet train from Tokyo to Kyoto, the familiar sight of Mount Fuji in the backdrop as marine life floats past the carriage window. More of Elena’s beautiful work can be found on her .