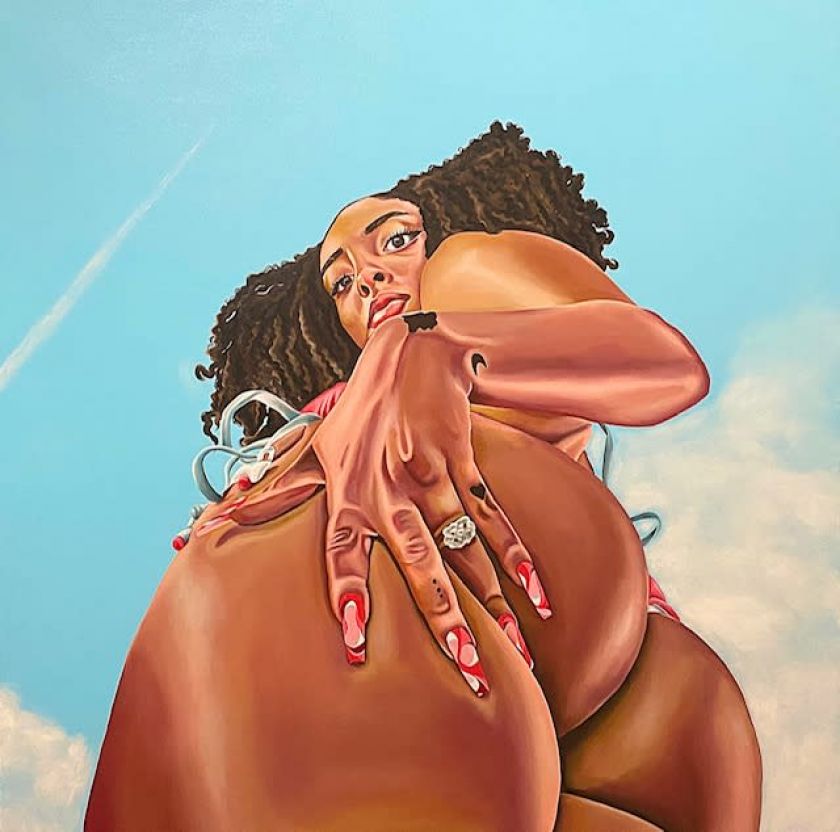 is an acclaimed African American artist whose vibrant compositions strike one major chord: using joy as an act of resistance towards racism. Her paintings are a visual journal of her everyday experiences, which reveal moments of exuberance, self-reflection, and vulnerability throughout.

Born and raised in Atlanta, Georgia, Dannielle graduated from the University of West Georgia in 2016 where she received a degree in Fine Arts. She “draws directly from her life”, creating large-scale paintings that depict the everyday experiences of young black women today. She believes in the importance of her artwork “to provide new lenses through which black womanhood can be represented, understood, and related to,” as she puts it. Influenced by artists such as Alice Neel and Kerry James Marshall, her portraiture works also challenge gender and racial stereotypes.

Her latest works, which are to go on show at Monique Meloche Gallery in Chicago next month, show images of Dannielle posing with her friends in various happy scenes, ones that look similar to archival photographs from the famous , an annual spring break festival in Atlanta, founded in 1983 for students of historically black colleges, that has since grown to include live music, film, art, and a job fair. 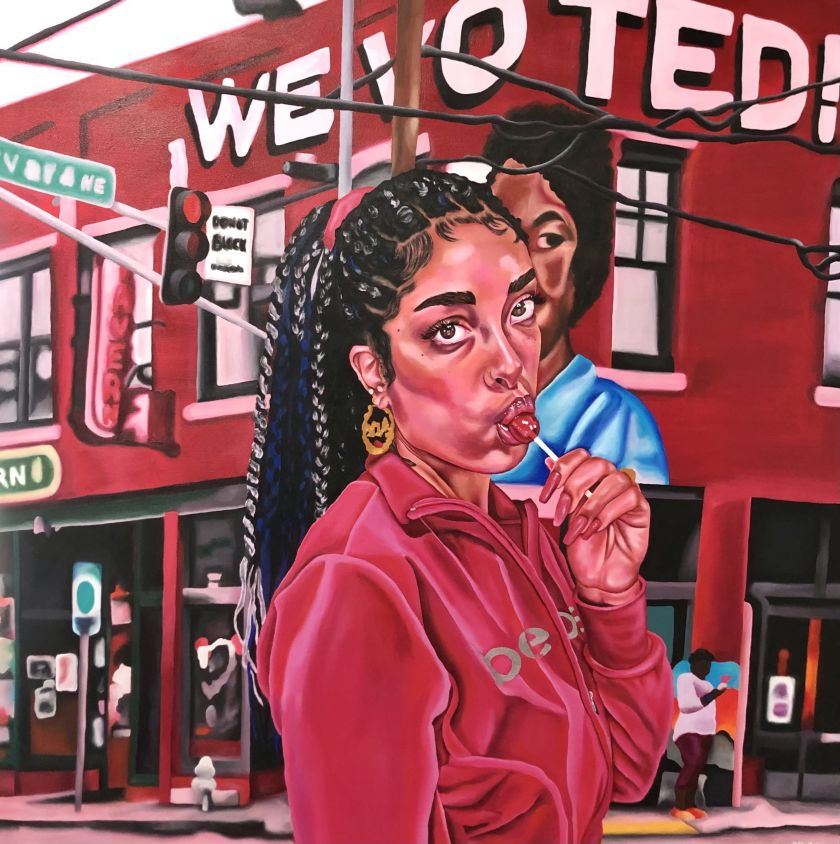 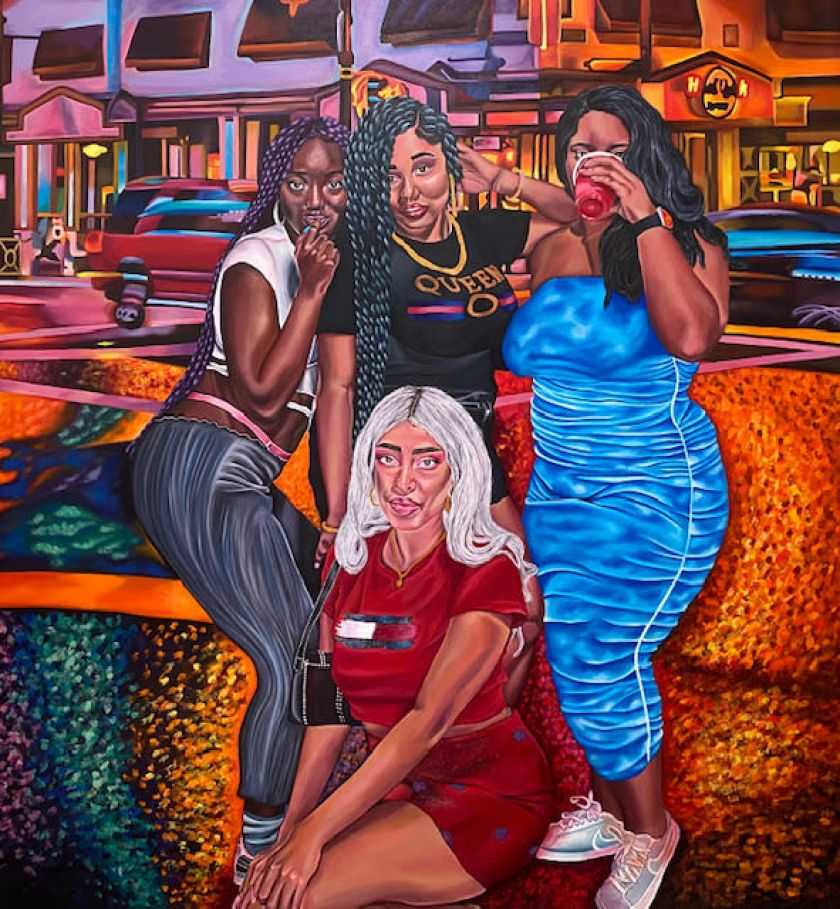 Speaking of her new series, Dannielle says it’s also inspired by the idea of ‘Hot Girl Summer’, a term coined by rapper Megan The Stallion in 2019. “To quote Megan on her definition, ‘Being a Hot Girl is about being unapologetically you, having fun, being confident, living your truth, being the life of the party’ etc.,” she explains.

“This also aligns with my other interest in the history of Freaknik. These ideas and inspirations link to the term ‘We Outside’, which basically means being out and down for a good time with your friends. I’m telling a story of thriving and not just surviving as a person of colour through my paintings. I depict that through my life as a modern black girl from Atlanta who lives her life like it’s a hot girl summer year-round.” 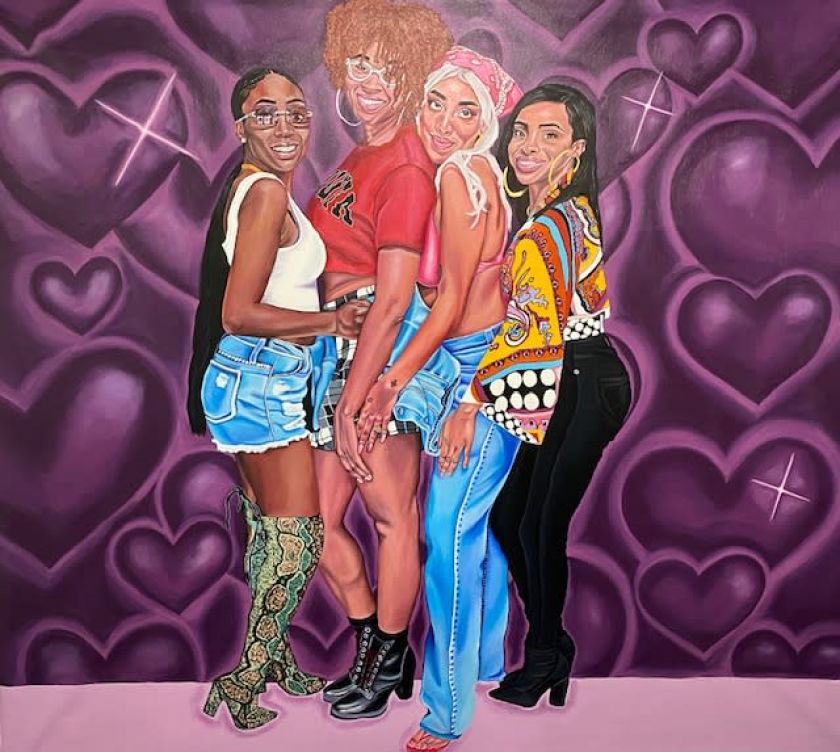 Living For the Glamour, 2021 © Ariel Danielle

“I’ve always been interested in the creative field since childhood, growing up watching Sailor Moon and drawing the characters in my own homemade sailor moon book in elementary school is my earliest memory,” Dannielle continues. “I knew once I went to college the only major that would keep my attention was art but I really didn’t know what kind of art suited me until around my junior year. Once I realised I loved painting portraits in specifically acrylic painting I knew I wanted to make meaningful work, and what has always been meaningful to me is reliability.

“I thrive off of others I can relate to, so I decided to make work about my life so people like me could not only feel included but also celebrated. I felt there was a lack of art specifically depicting black joy and modern-day black womanhood so that has been one of my main inspirations in my portraits since the beginning of my career.” 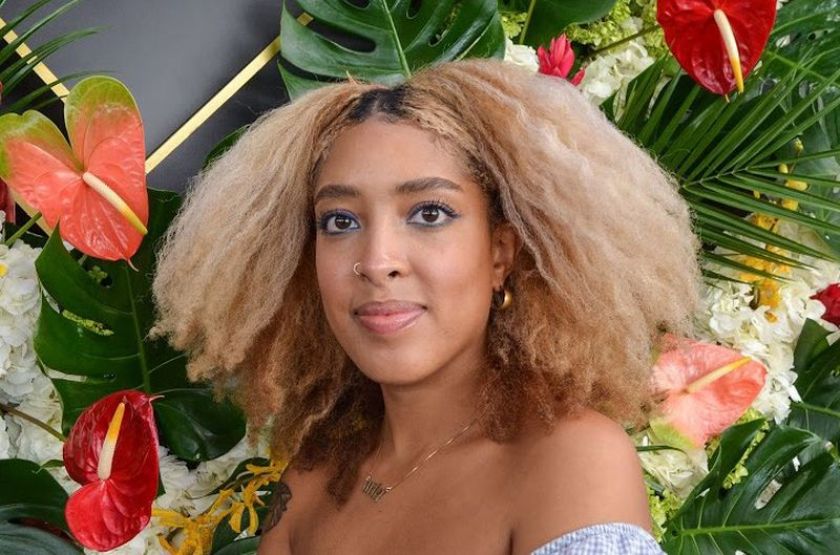