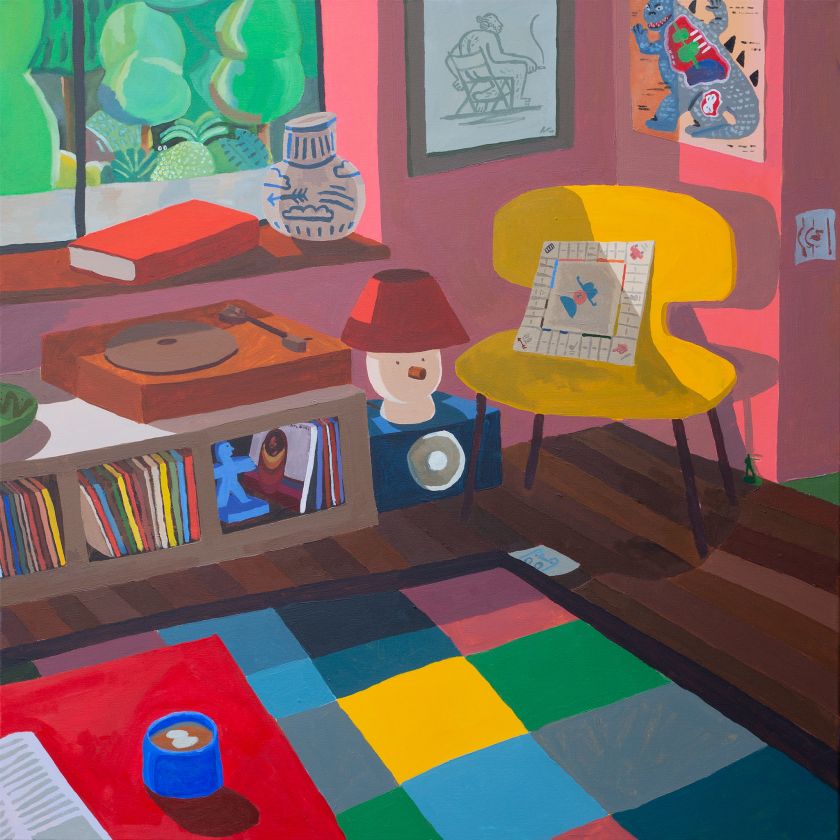 Many things helped us get through lockdown: making banana bread, participating in virtual pub quizzes, and growing herbs from seed. For illustrators and best pals and , they sent each other their own illustrated postcards. And now they’ve collaborated on a debut London show.

Pat and Sam met at Camberwell College of Art three years ago and graduated in 2020, during the height of the global pandemic. Having endured restrictions in Cornwall and Norfolk, respectively, the two illustrators developed a solid creative bond by sending illustrated podcasts to one another during those heavy locked-down days and months. Each one featured a drawing based on the last card received, adding a little fun and laughter to those dark times. There were undoubtedly in-jokes, punchlines and things only two best mates could find funny and understand, along with playful stories throughout. The ongoing exchange proved such a successful collaboration that the pair decided to create a series of paintings together. And they’re now available to browse at an exhibition at the Peckham Pelican until 20 November.

At the heart of the display is a three-metre-wide collaborative Triptych showing an imaginary interior filled with “fictional objects of intrigue”. Titled Home, the artworks explore the context of the objects in the centrepiece. They ask the question, who owns them, and how did they arrive in this imagined space? The three paintings also show how the postcard exchanged developed such a creative bond, understanding each other’s style and way of working to create something together in real life. “We would both go in and paint different bits at different times of the day,” explains Pat. “Kind of like sending the postcards, but instead I’d go in and Sam would have left me a painting of a vase, then he’d come in and I’d decorated it or added a plant.” 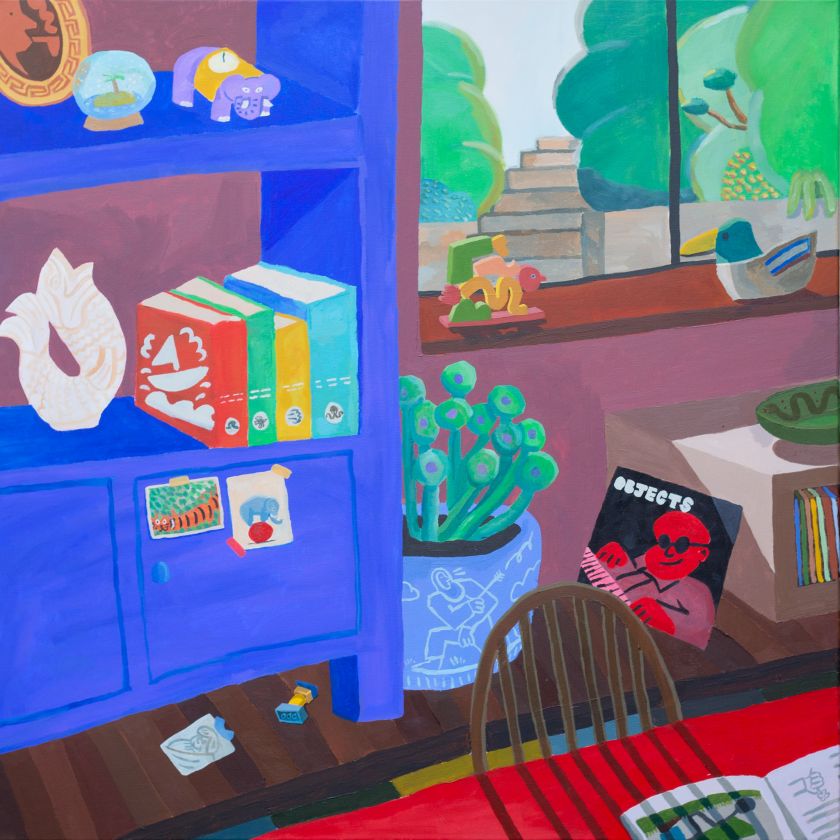 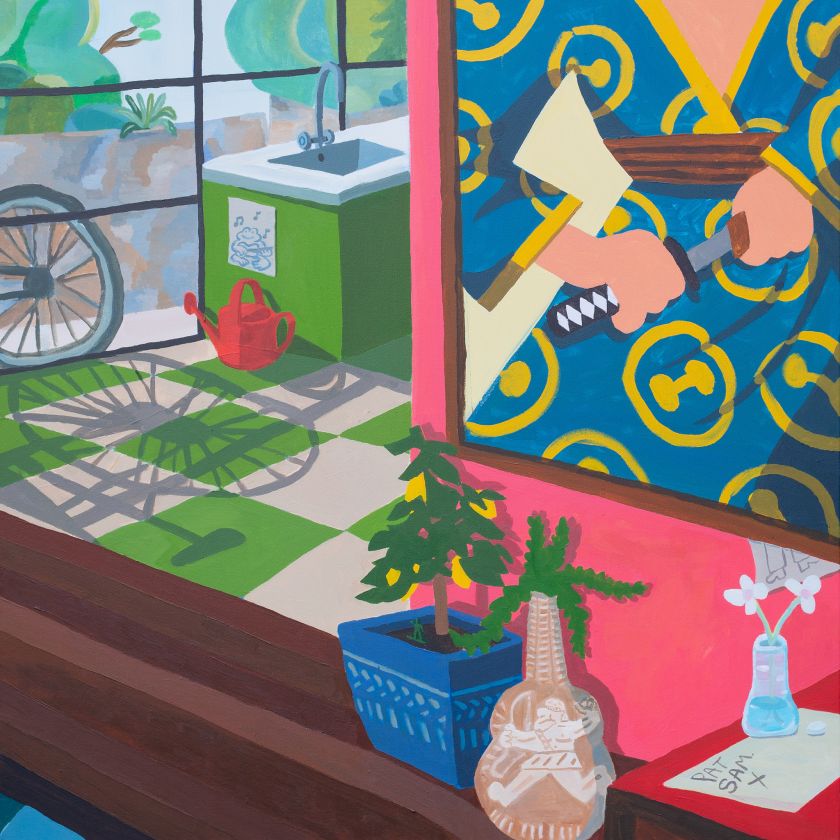 Although charming and playful in their tone, what’s always interesting to see in a project such as this, is how two different illustrators with varying styles and influences can come together and produce artworks that complement each other.

Originally from Cornwall, Pat Thomas is an illustrator now based in London who specialises in hand-drawn. His personal work explores aspects of history and folklore, fact and fiction. While his editorial and commercial briefs focus on storytelling. He always begins every project with paper and then uses various media, depending on the theme. “My style is based heavily on play,” Pat tells Creative Boom. “I put pen, paint, or collage to paper and see what happens. I quite like it when images come out looking a way I’d never expected, which is why I found collaborating such a fun experience, as you don’t ever really know what the other person will draw next!”

It’s this playful tone that Pat shares in common with Sam. Also based in London but hailing from Norfolk, Sam’s work blends bold shapes and colours with humorous themes and ideas. “Sam approaches briefs in a way that feels classic and warm but his work has that spontaneous edge to it that makes it his own,” says Pat. “We both share a lot of favourite artists and illustrators so I guess that helps in collaborating because we get each other’s artistic references.”

Pat adds: “I guess when you look at Sam’s work, there’s a confidence, where he’s not afraid to draw things quickly or simply, and it’s effective because he’s really honed that.”

We’re No Longer Talking is currently on display at the Peckham Pelican until 20 November. 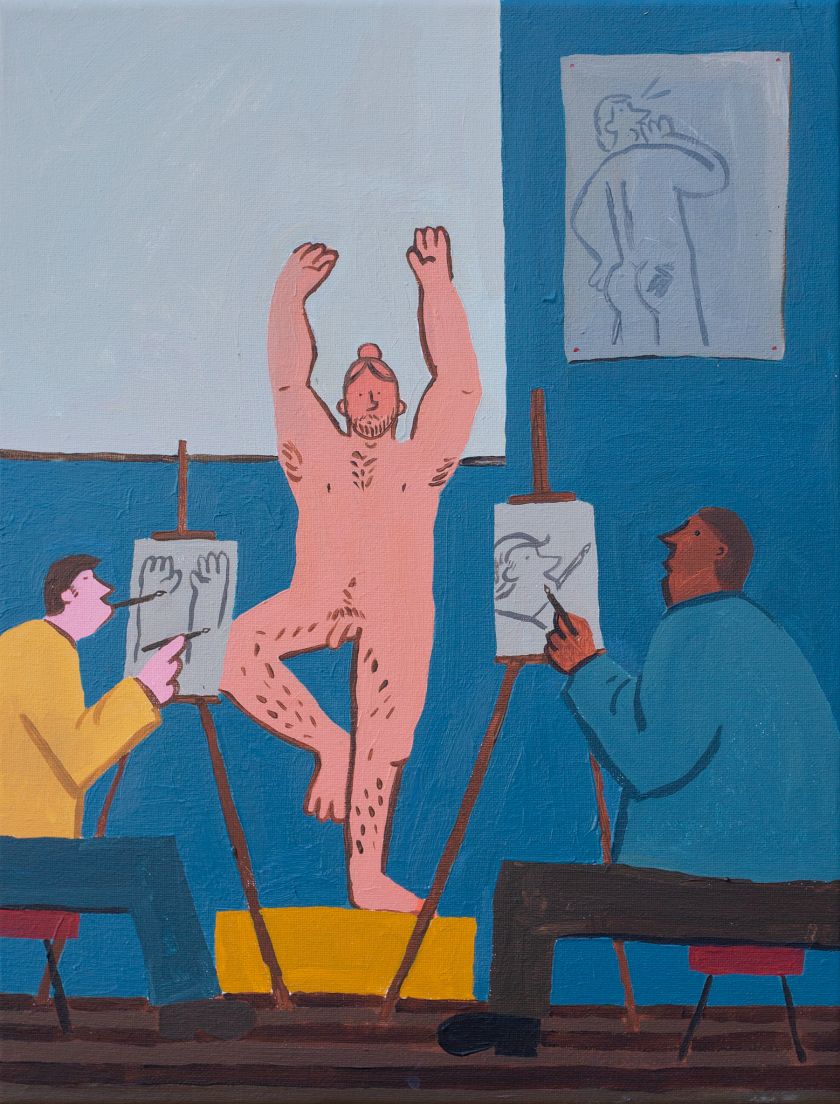 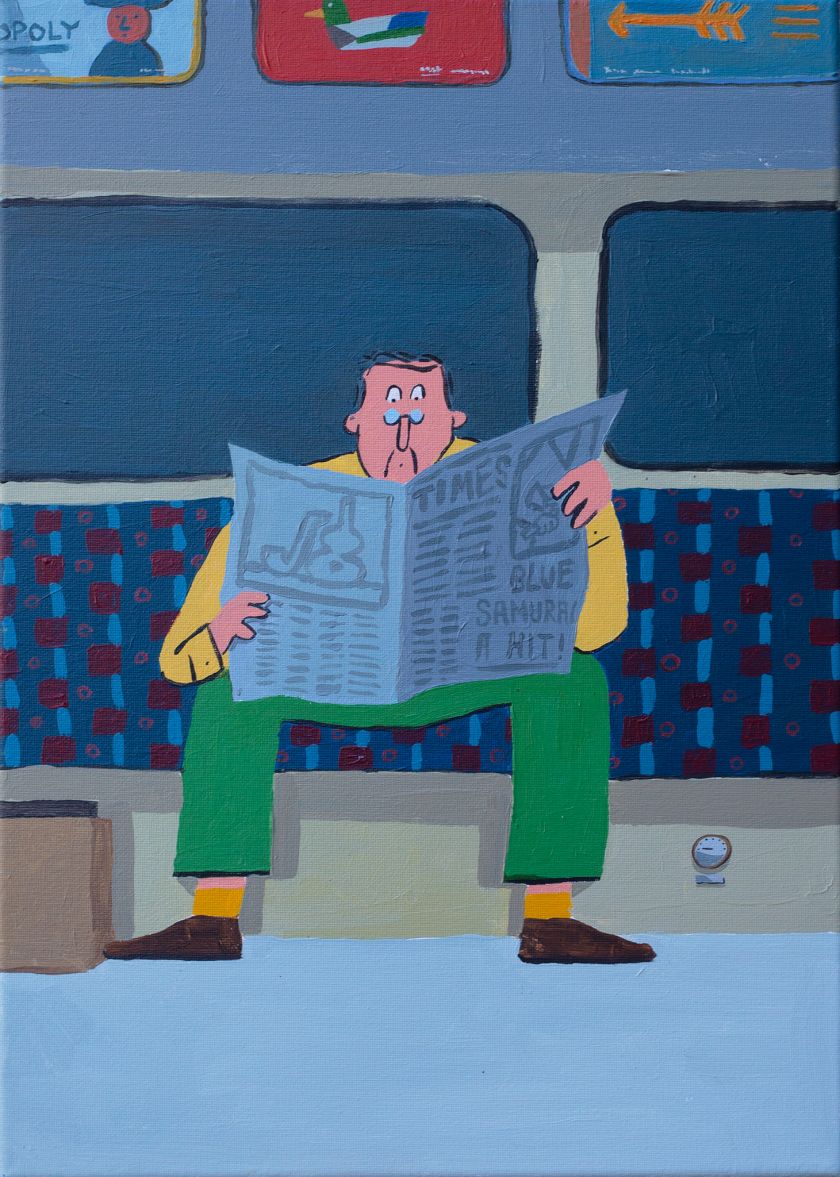 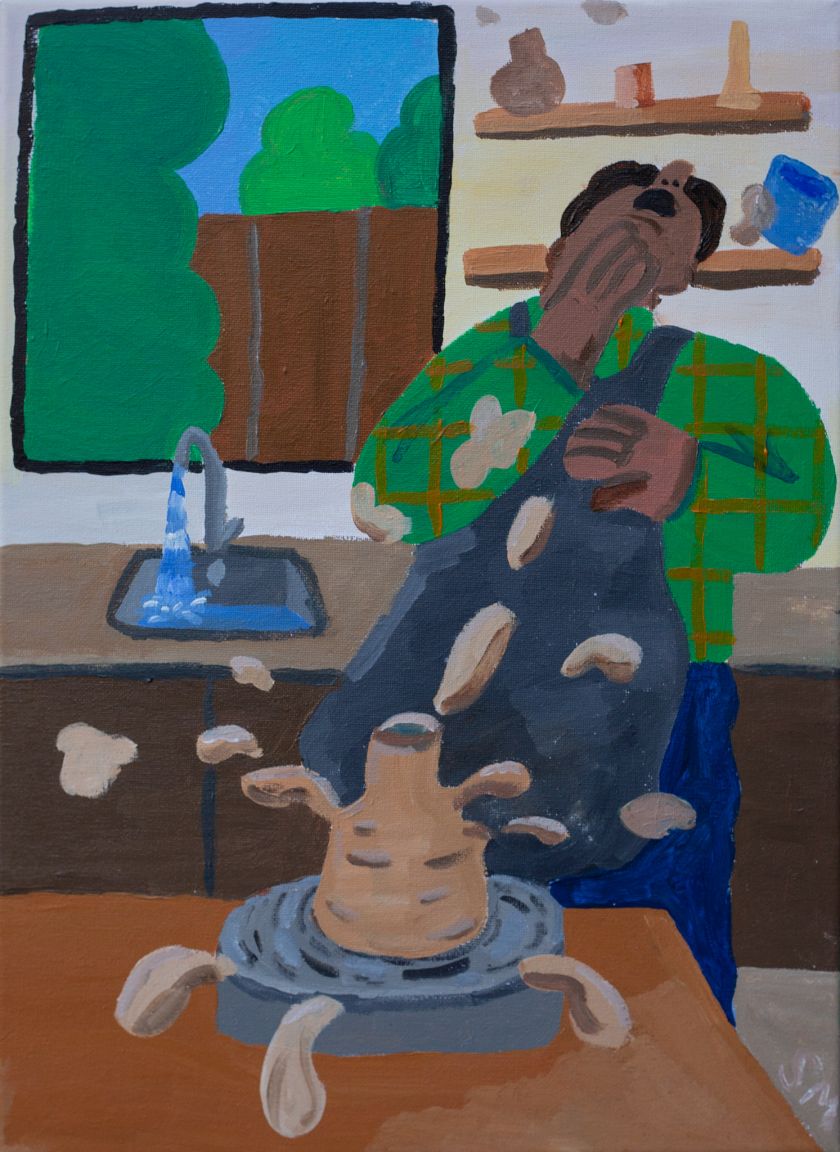 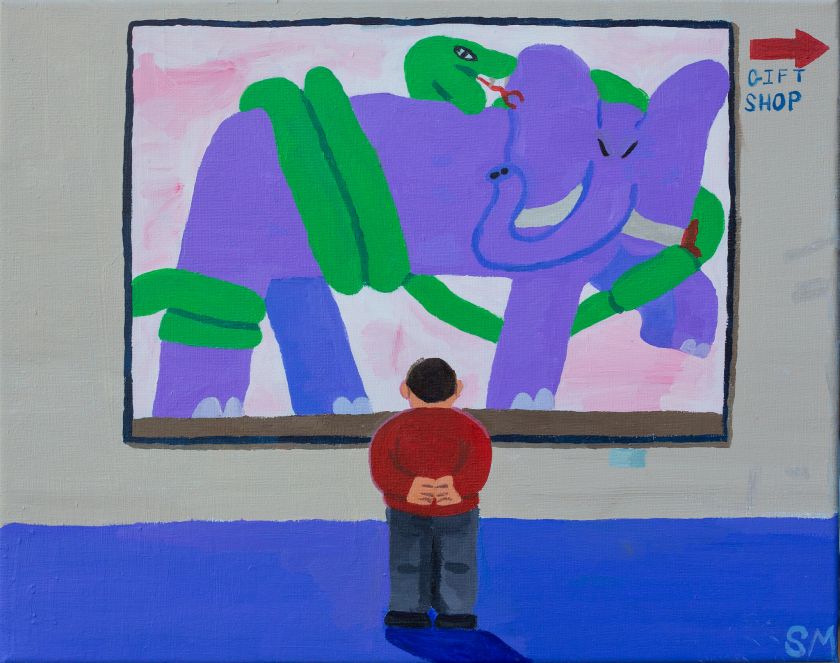