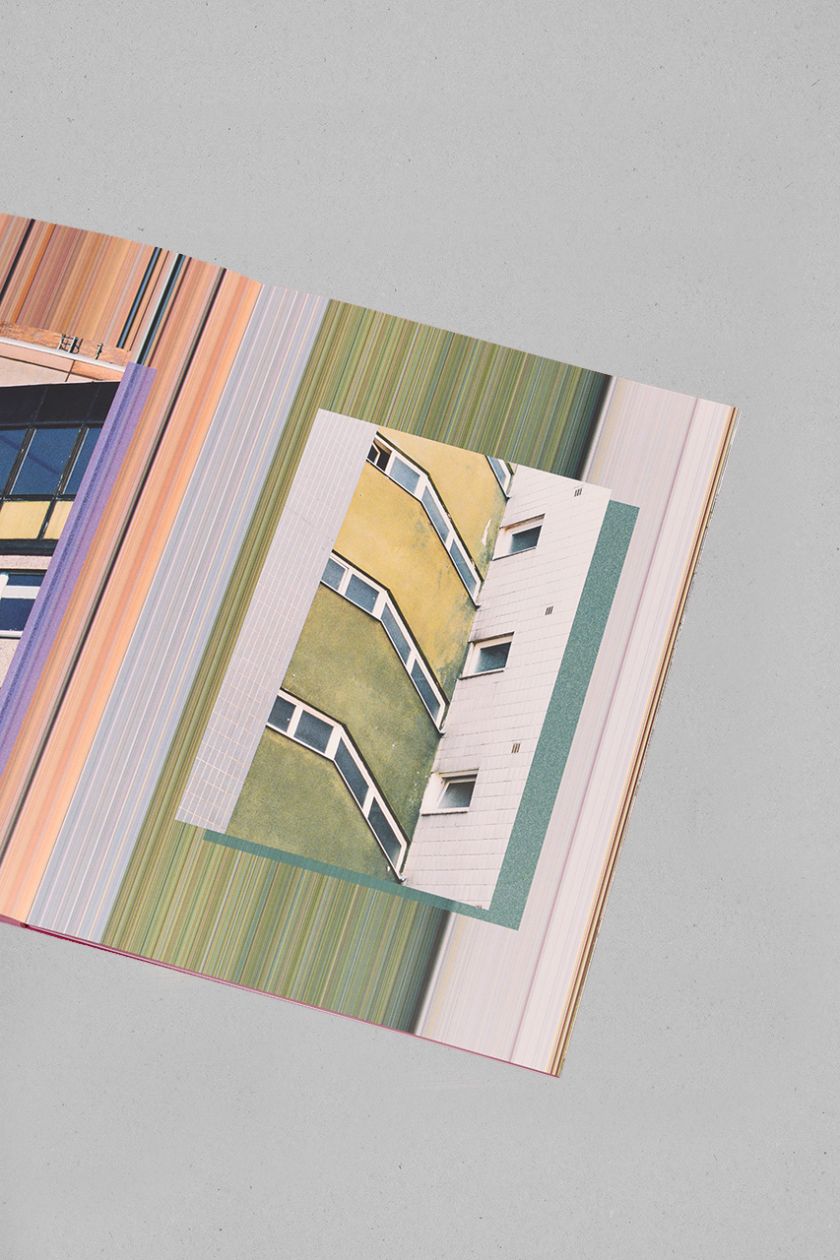 Photographers Ama Split and Riky Kiwy have turned their camera lenses to the brutal architecture of Berlin in their new self-published book . Captured entirely on analogue film, the geometric and distorted images aim to make people find a special side to the city’s imposing structures.

For French-Italian couple Ama and Riky, the city of Berlin has always had a special allure. Whereas they grew up in cities developed around Medieval centres, complete with little streets and lots of buildings made of stone, the German capital was a striking contrast.

“Berlin is not like this, and all the very high buildings capture our attention,” they explain. “We like the ‘brut’ style of the architecture of some of the buildings in Berlin.” To show their affection for the city and its buildings, the pair have recently self-published Palazzi – Collection: The Berlin Issue. Weighing in at 102 pages, the photobook takes bits of pieces of Berlin buildings and pieces them together in unconventional and graphic ways. 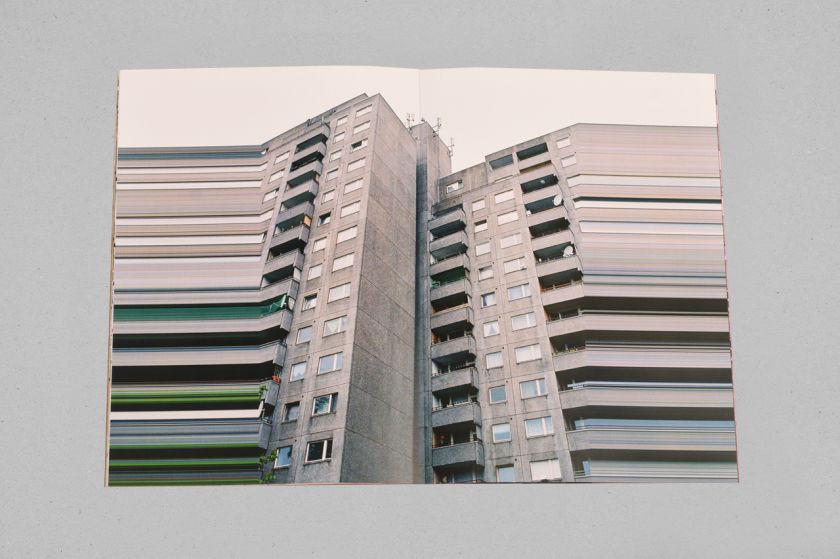 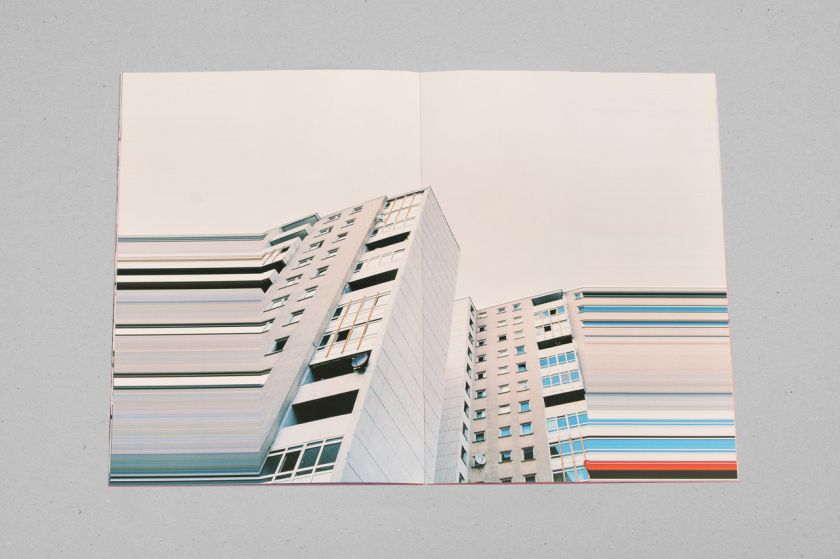 Taking its name from the Italian word for ‘building’, Palazzi includes photos that play with ‘translation’ and ‘big enlargement’ methods. These techniques produce engaging abstractions as the buildings appear to smear across the page with a mechanical fluidity.

“Translation is a geometric technique,” they reveal. “You take one point, and you move it the same distance in the same direction. In our case, we took the buildings and made translations with Photoshop, sometimes from left to right, sometimes from right to left or from up to down or the contrary.”

Their choice of translation depended on the best colours they could find on the buildings, and the effects represent the sense of time that passes through these structures. “It also gives them a rhythm, and the building seems to move.” 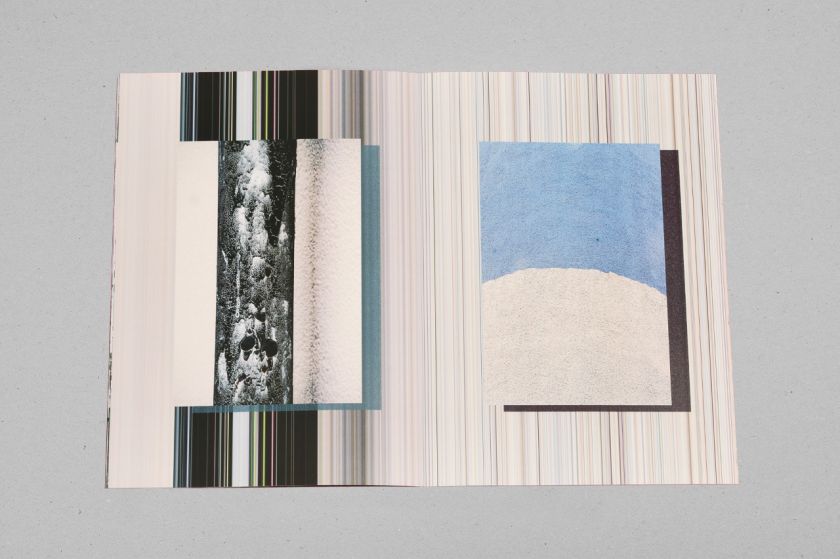 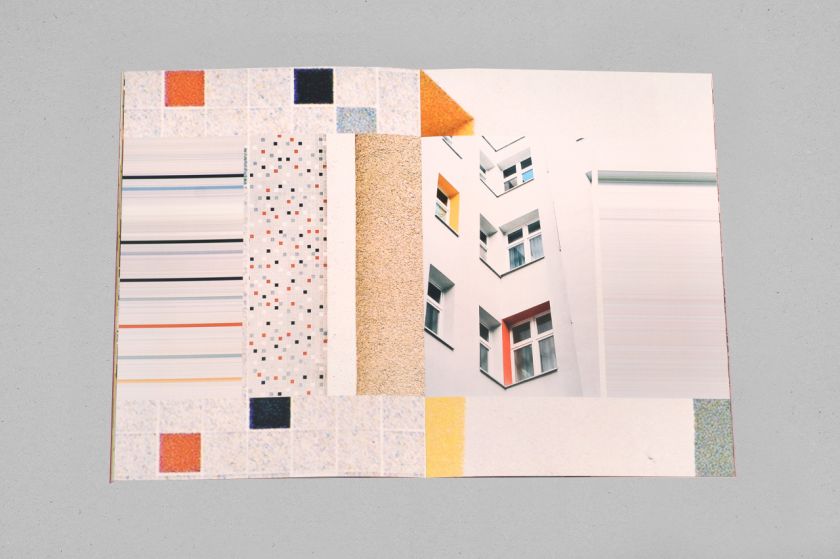 Considering the digital effect of all these translations, it’s somewhat surprising to learn that all of the images in the photobook were taken with analogue cameras. “We really like the results you get with analogue pictures,” the pair explain. “The film has a special ‘texture’ which digital images don’t have.

“We also like the fact that with analogue cameras, you don’t see the picture that you take. You have to study the composition and take just one shot (or a maximum of two) of what you want because one roll has only 36 pictures, and you cannot use 100 rolls to make a project.

“So you have to be sure when you take a photo and then when you develop your film, and you see the result, you are all the happier.” 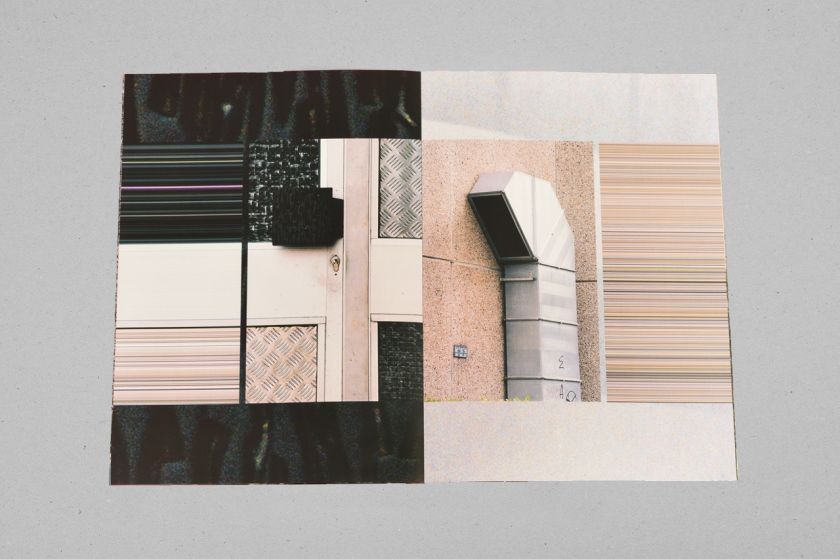 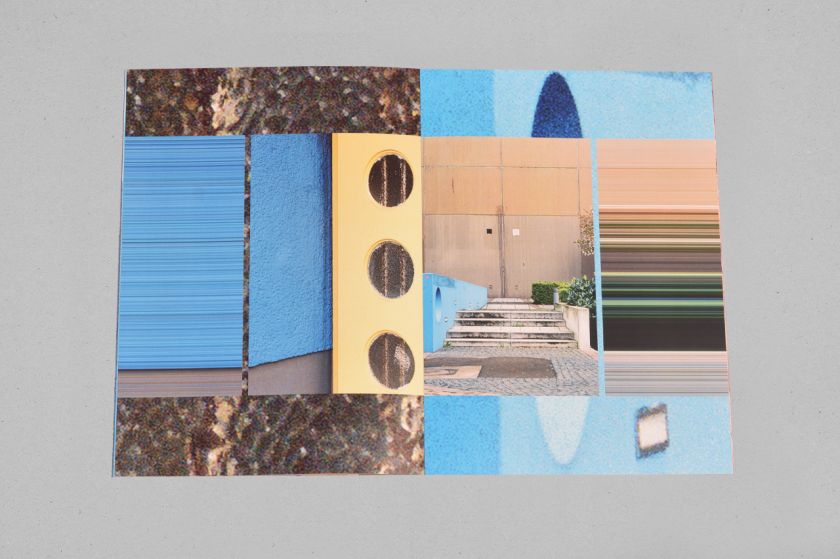 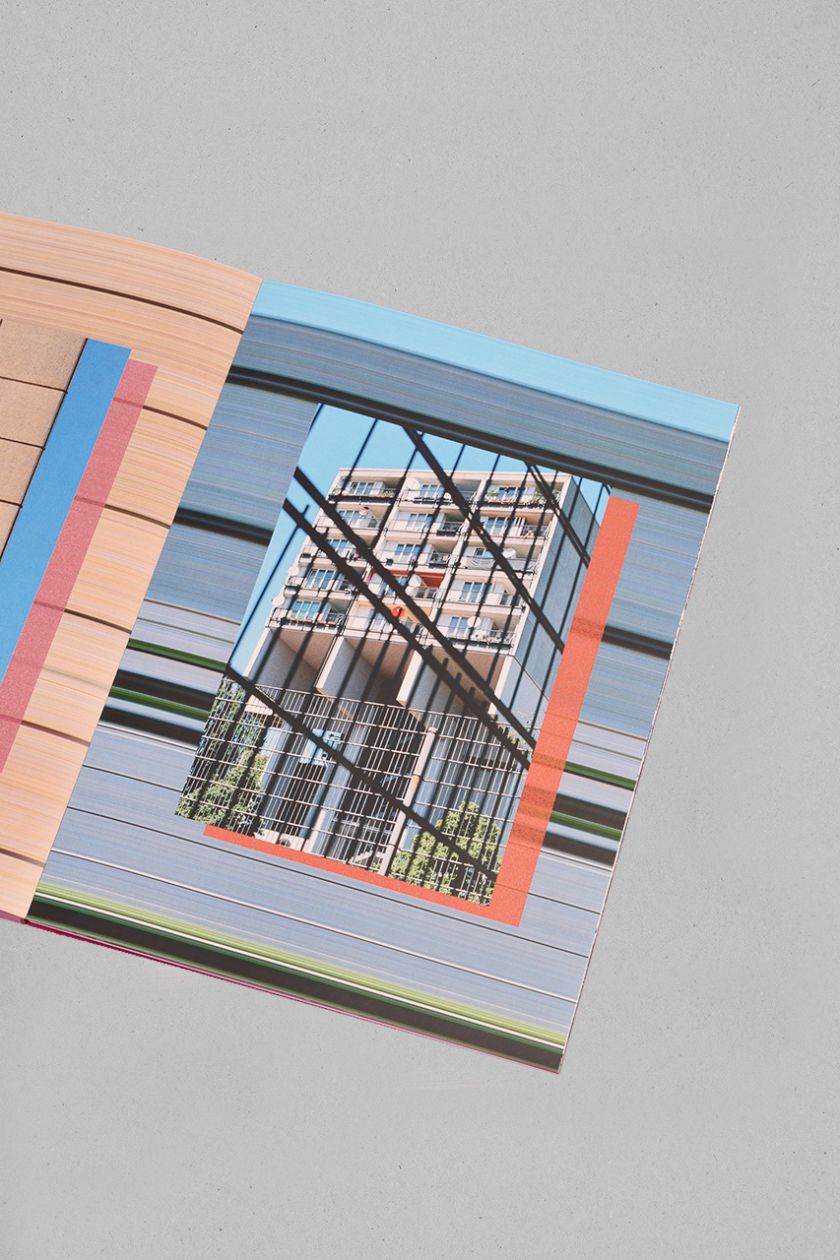 Of all the pictures in the book, the one which produced the most happiness ended up on the cover. “When we saw it after developing the roll, we both said ‘yeah, this one is great,’ and it was obvious that it belonged on the cover,” they add.

“We love it because the building is really ‘brut’, it has a uniform brown colour and is shaped like a big block. Thanks to the perspective, you don’t see the balconies in the picture, but you can see just one umbrella that pops out of this brown block, and it seems crazy like it’s a fake picture even though it’s real. Also, the umbrella is like a beach parasol, but the balcony on this building is really far from the stereotypical ‘beach paradise’ ideal.”

By distorting its buildings, Ama and Riky want people to consider the towering structures of Berlin as aesthetic objects in their own right. “Not a lot of people like these buildings because they are not good looking. We want people to think that the buildings they see every day can be something special. Some are geometrical subjects. Some are artistic figures. We want them to look at the book and feel like they were travelling inside colours and geometrical figures.”

is available now as part of a limited run. Future issues will examine cities in France and Italy. 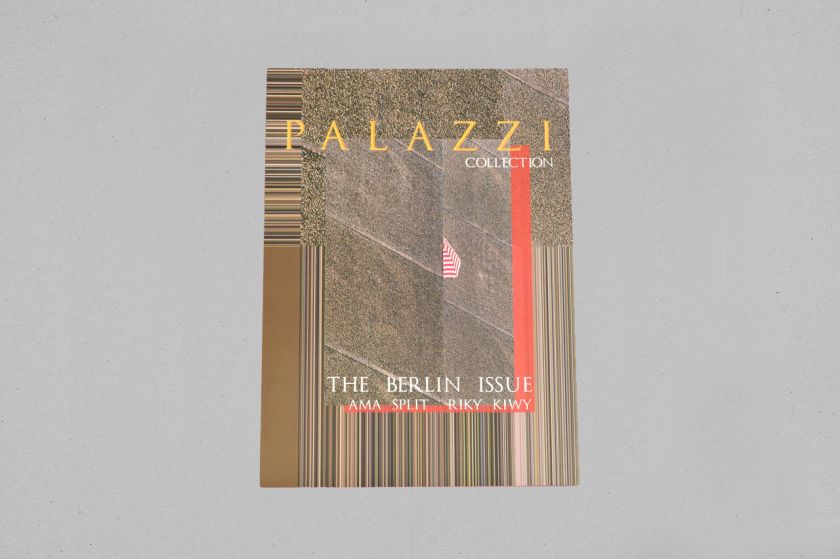