Mosaics turn up regularly in archeological digs around the Mediterranean and Near East. While many are damaged with age and partially lost to the elements, others remain in strikingly good condition. More than functional floors, these mosaics were works of art which continue to inspire art lovers today. A five-year restoration project has recently concluded on a stunning mosaic floor in an early Islamic palace in the city of Jericho in the occupied West Bank. Measuring over 150 acres, the mosaic of Hisham’s Palace is now open to the admiring public.

Hisham’s Palace is a complex just outside the ancient city of Jericho. The ruins were rediscovered in the late 19th century. They are named for caliph Hishām ibn ʿAbd al-Malik, ruler of the Umayyad Caliphate from 724 to 743. The palace was built during his rule and may have been occupied by the caliph’s nephew. It is one of the “,” luxurious homes in Syria, Jordan, and Palestine built by the Umayyad aristocracy. The complex contains a palace, mosque, pavilion, agricultural buildings, and a bathhouse.

The many acres of mosaics in the palace are composed of over five million tesserae (the small stone pieces). In 2016, the Japan International Cooperation Agency partnered with the Palestinian Ministry of Tourism and Antiquities to begin restoring and preserving the precious mosaics. Their $12-million efforts can now be appreciated by the public. Among the masterpieces of the mosaic is the famous “tree of life” design in the bathhouse. The palace and its mosaic are frequent tourist attractions, and the Palestinian authorities hope the restoration will boost the palace’s appeal for generations to come.

The expansive mosaic floor of an ancient desert palace in Palestine has been restored. 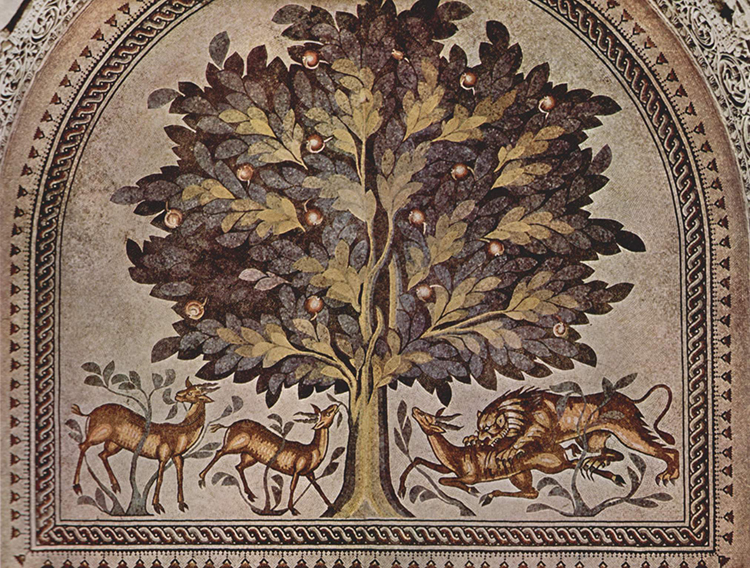 The famous Tree of Life mosaic from the bathhouse at Hisham’s Palace. (Photo: , Public domain)

Hisham’s Palace features a stunning expanse of over 150 acres of intricate figurative and geometric mosaics from the Umayyad Caliphate. 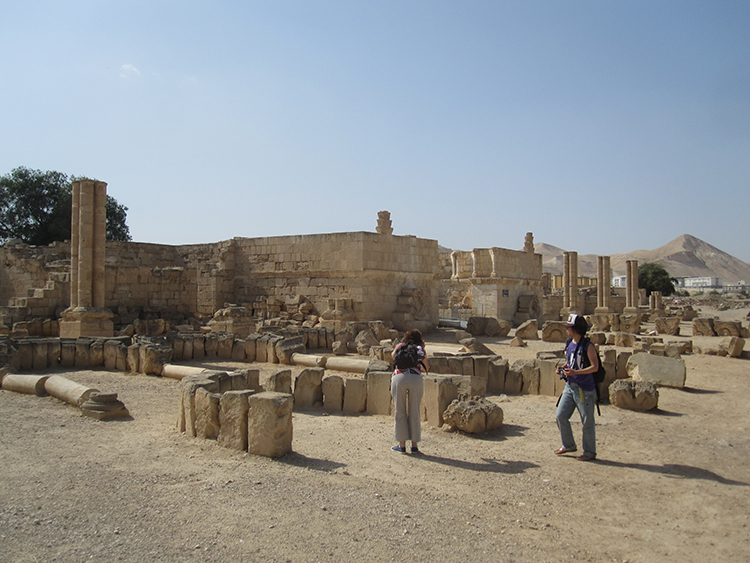