PALMA’s Chiripa Complex is a Masterclass in Mixed-Use Design

Hybrid spaces are all the rage right now, as many of us know from our own personal experiences in the wild world of working from home. But it’s not just workplaces that are reinventing themselves into hybrid havens that incorporate both work and play. The trend can also be seen in projects that blend urban environments with natural landscapes and properties that capitalize on multipurpose modes of development. 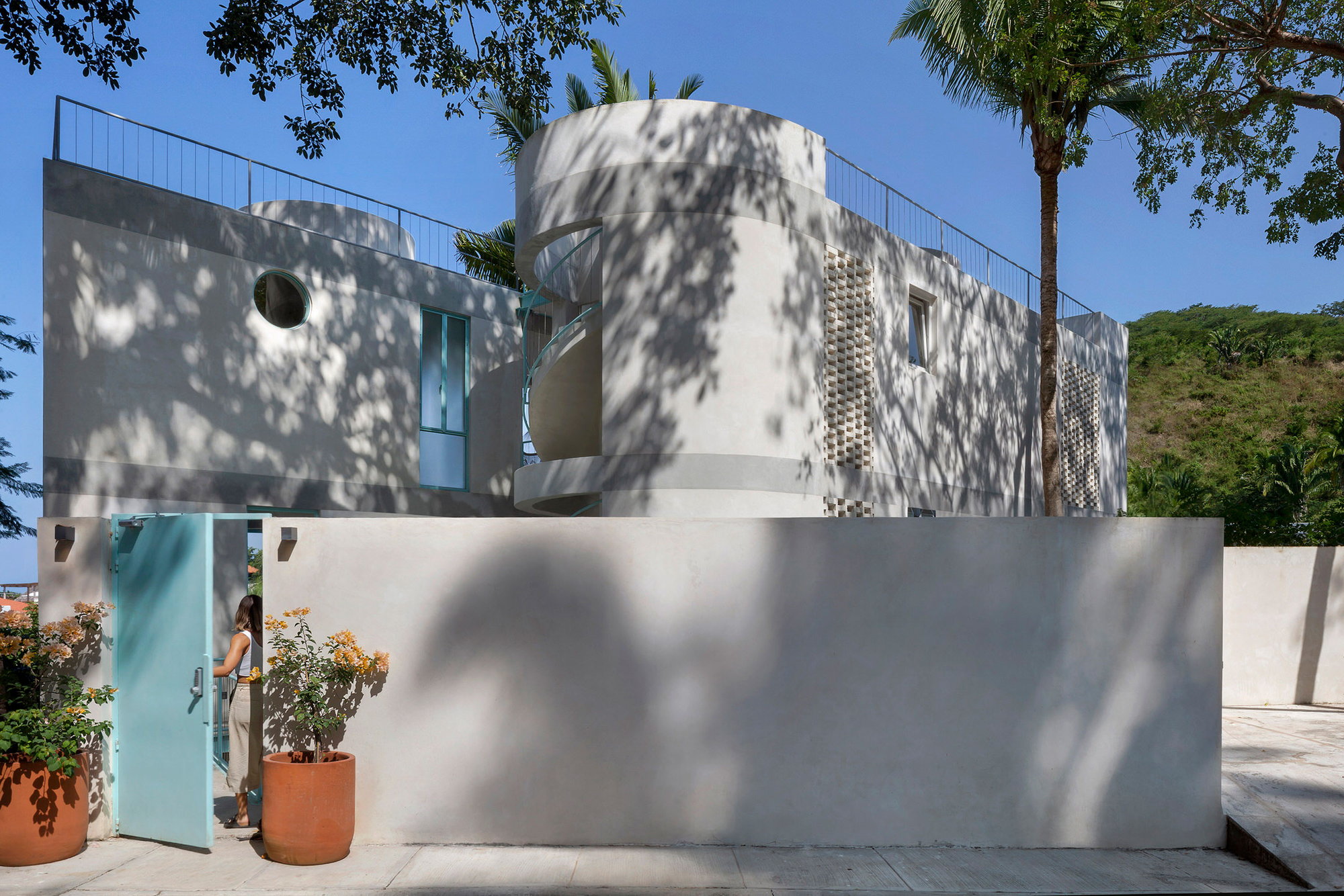 The latest project from Mexico City architects PALMA is a shining example of how designers are re-envisioning mixed-use spaces. No stranger to innovation, the firm designed “Chiripa” to “see how different users would interact with one another in a hybrid building that’s part house, part hotel.” The result is a spacious yet unassuming space that stuns visually without overpowering the landscape’s natural beauty. Unobstructed views of Mexico’s Bay of Sayulita complement the complex’s white stucco and exposed concrete slabs, while the clean lines and curvy staircases and bridges add a touch of understated luxury to the scene. 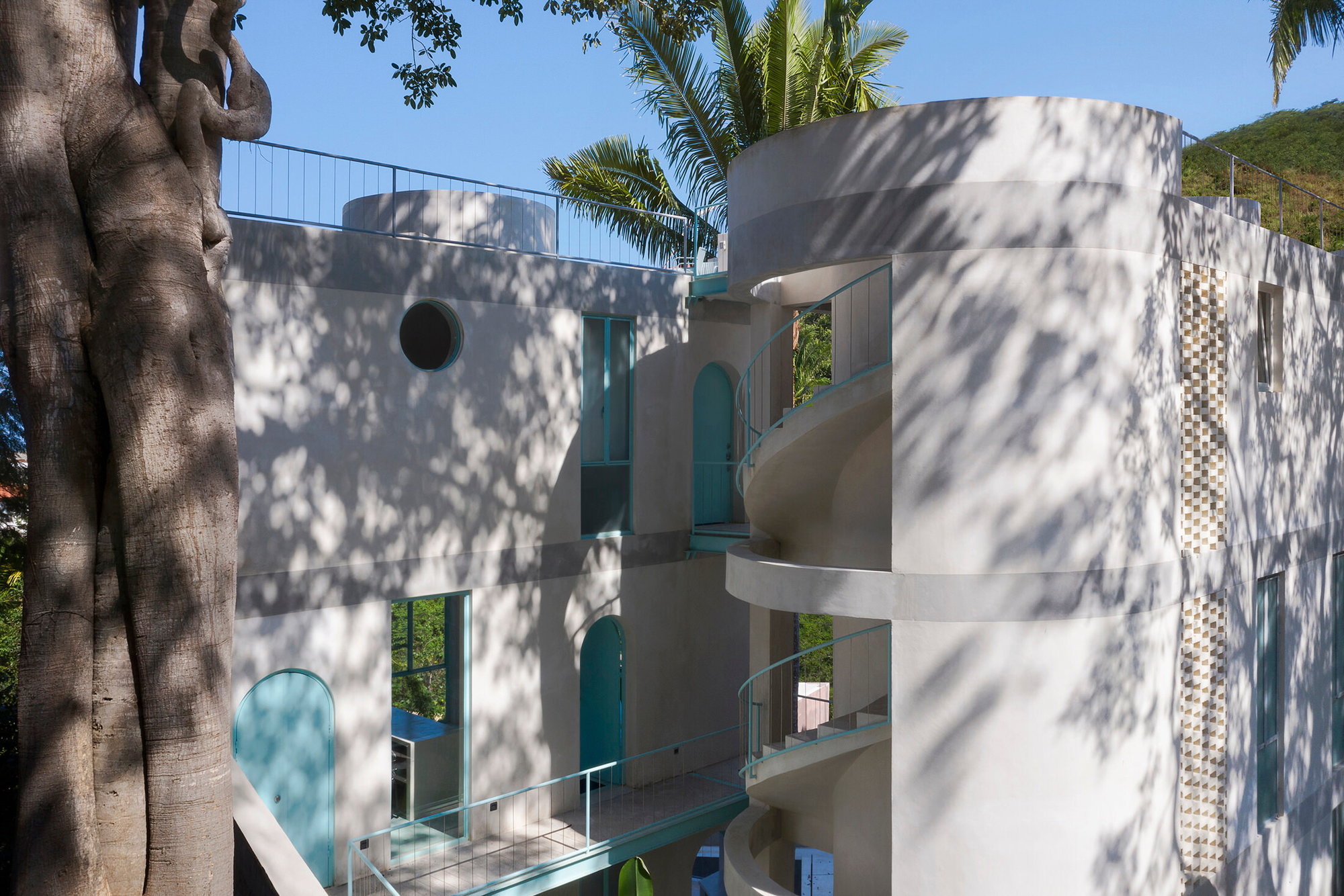 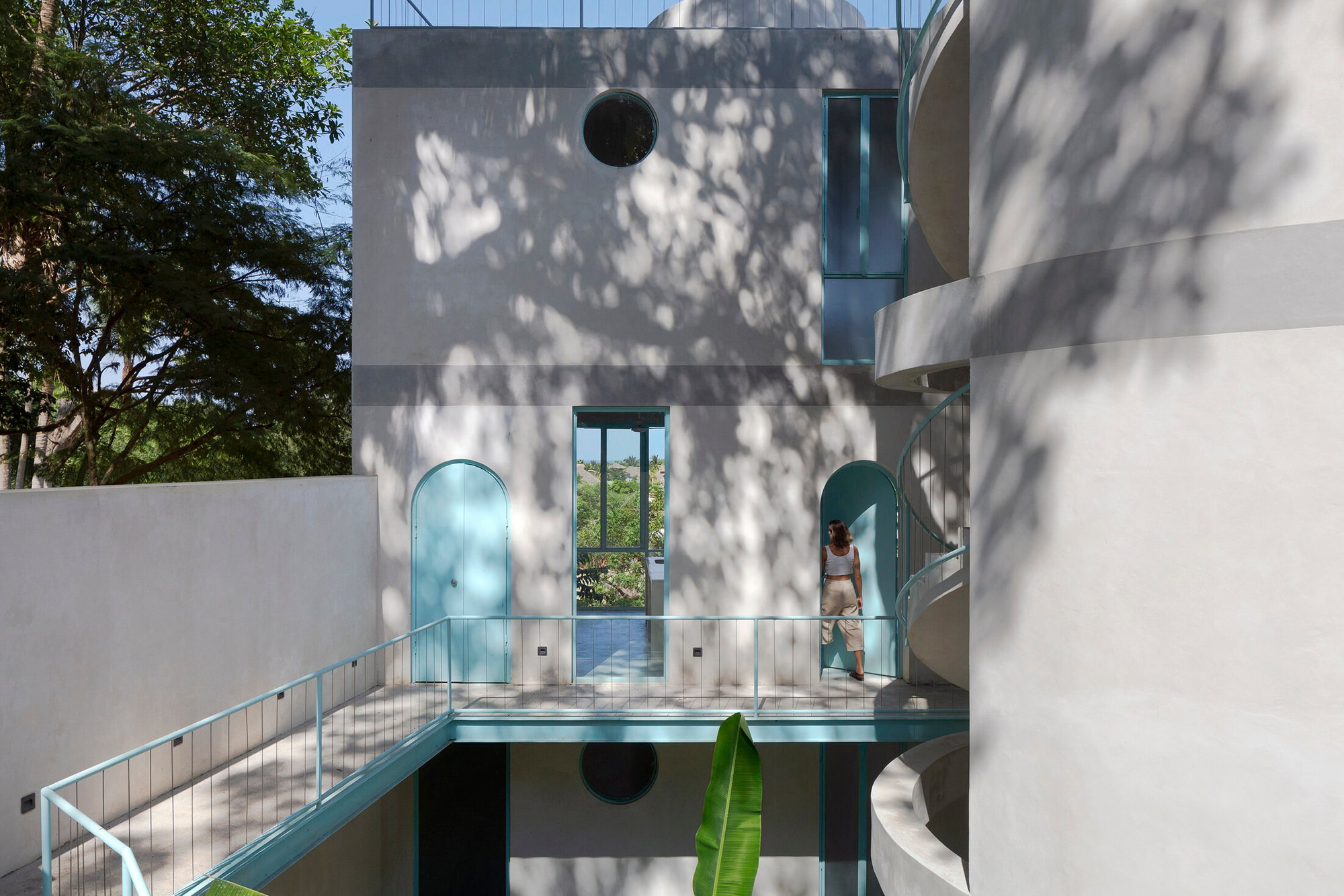 The building’s distinct but connected volumes were placed at opposing orientations to allow for an airiness and openness that lets natural light into every nook and cranny while simultaneously creating a separation that allows for privacy within. Two of the four levels are cleverly built into the site and concealed from street-level views, further highlighting the space’s perfect integration into the surrounding landscape. 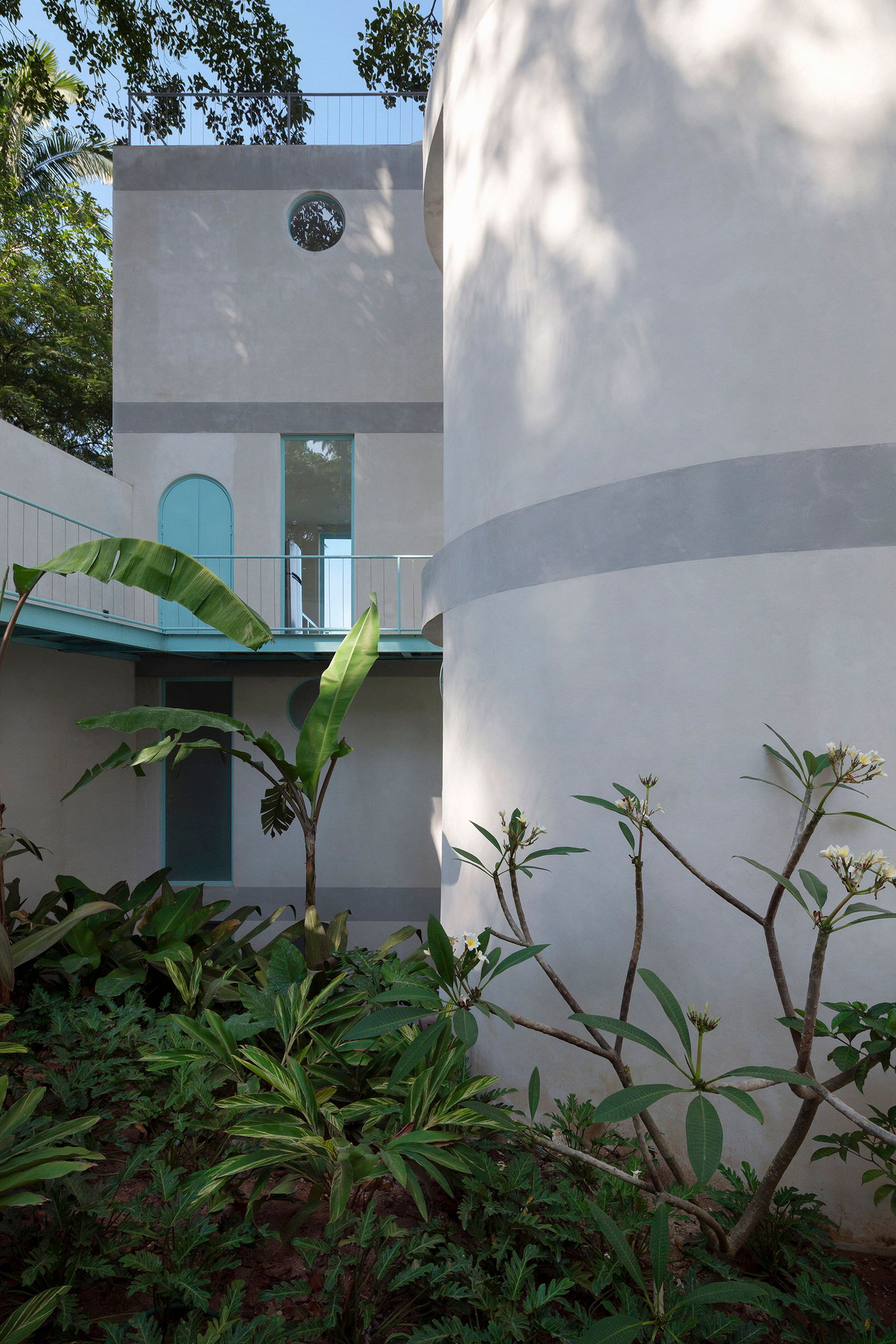 Comprised of six total units, Chiripa is accessed through a central walkway/entrance hall at the top. A half-circle staircase allows residents to traverse both blocks, while a series of open-air connecting bridges builds on the complex’s airy vibes. Here, the natural surroundings aren’t just a backdrop: they’re part of the space itself, blending seamlessly with the central garden and views of nearby bay. 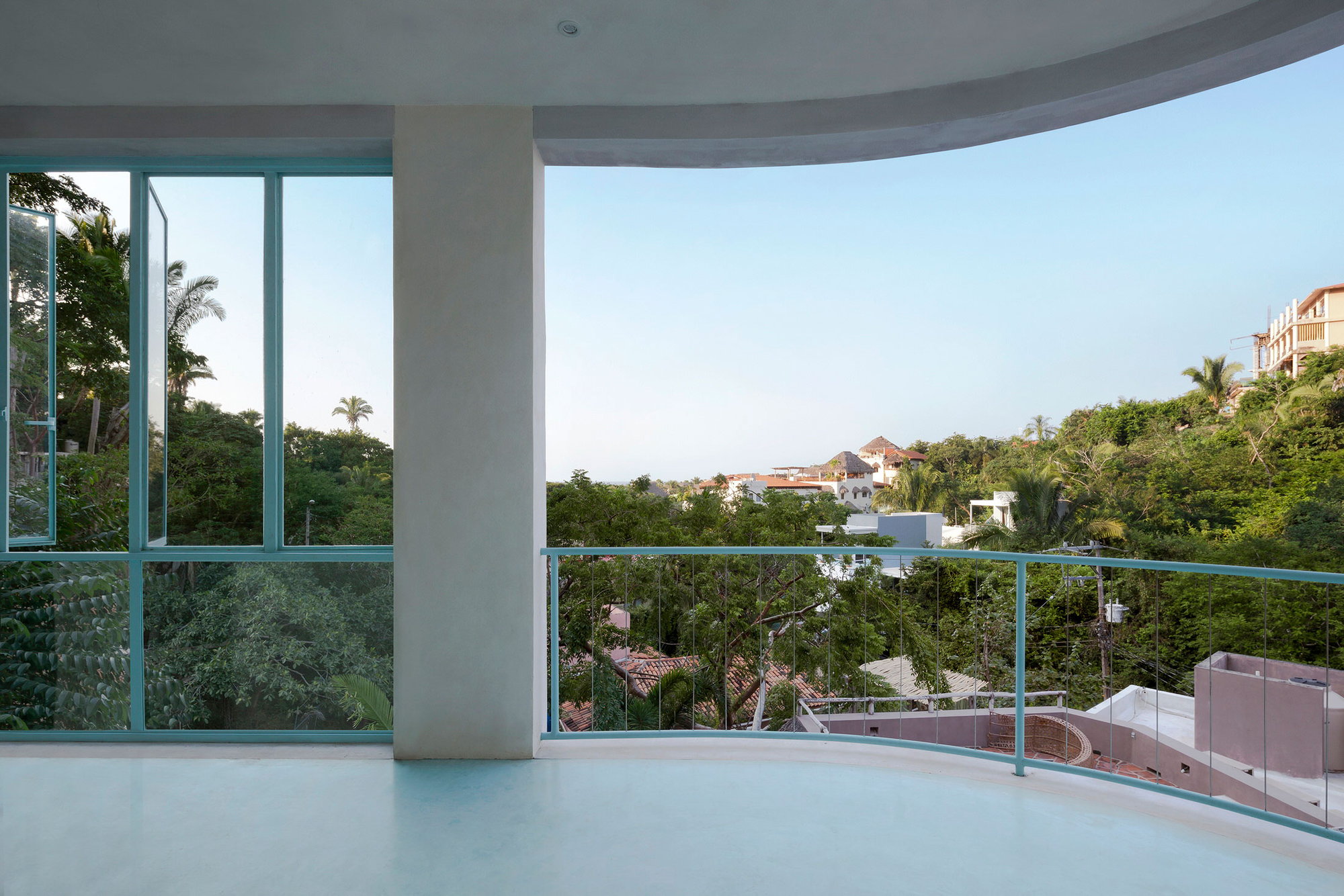 While the site’s multi-use configuration does overlap in common areas like kitchen and dining spaces, the privacy of the additional rooms cannot be overstated. All in all, it’s an ideal space for both short and long-term residents. Each level also features its own covered terrace that extends from both the common areas and bedrooms. Both structures boast their own rooftop pool and shared terraces that offer panoramic views of the surrounding area. Hybridity isn’t just a buzzword, it’s a way to create spaces that are multi-use and convey a sense of fluidity in both commercial and residential spheres. With their new complex overlooking Mexico’s Bay of Sayulita, PALMA does exactly that, showing that functionality and style need not be mutually exclusive.