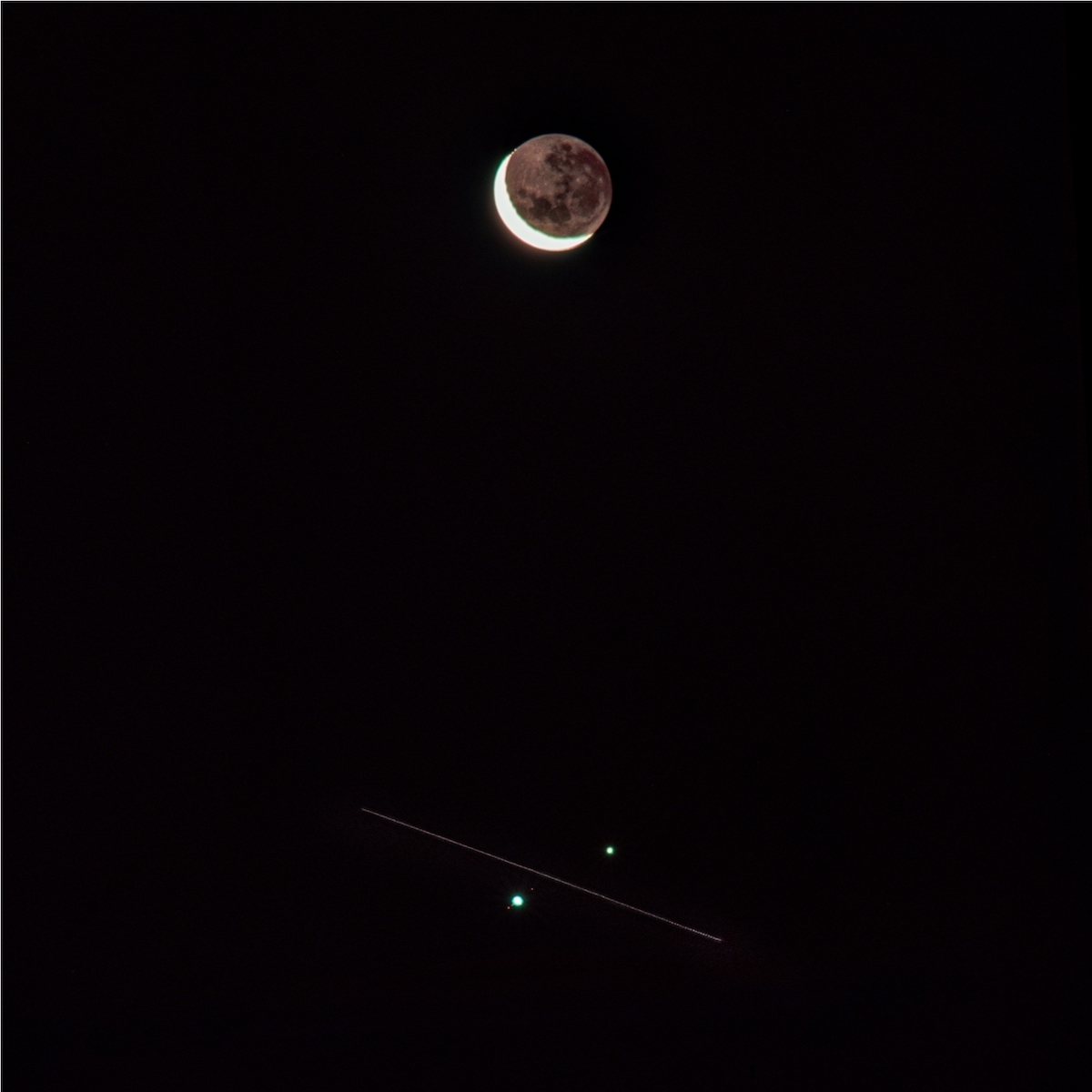 Did you catch a glimpse of the last week? On the night of December 21, Saturn and Jupiter appeared closer together in the sky than they have since the 13th century. Astronomers and astrophotographers around the world sought to get in position to view this exceptionally rare “Christmas Star”—the effect of the planets being quite close from December 16 to 25. While planning how to get his shot of the phenomena, one photographer in New South Wales, Australia had an idea. Experimental film photographer realized the International Space Station’s path would appear to cross the narrow space between the two planets when viewed from the right angle. This realization allowed him to capture a of the ISS transit path across the Great Conjunction.

Capturing the fleeting celestial moment required careful planning. On December 17, De Freitas traveled an hour to reach an ideal viewing location with the angles required. Once there, he used his Pentax 67—a coveted medium format film camera—with a Takumar 600mm f/4 lens. Most modern astrophotography is done digitally, but De Freitas uses analog methods in his celestial and fine art images. With a roll of Fujifilm Provia 100f, he used a Skywatcher NEQ6 equatorial mount to track the movement of the ISS with his camera. Precisely timing his shot, the experienced photographer had only one chance to get it right. At five seconds past 9:53 pm, De Freitas began his ten-second-long exposure. You can watch what he saw in a he filmed simultaneously as the ISS streaked between the planets.

De Freitas was thrilled with the resulting image—a literal once-in-a-lifetime shot. In the caption to his video of the phenomenon, the photographer described the ISS transit image as “Probably the most unique shot I’ve ever taken.” He elaborated on : “The timing of this was down to the second and I still can’t believe I pulled it off.” De Freitas is sharing this unique shot with the rest of the world as —available on his website from $39.95. The use of film brings a magical quality to his astrophotography. You can find other stunning prints of the Milky Way among De Freitas’ . You can also learn more about De Freitas’ process and how he captures ethereal moments on his and .

Watch the ISS in transit across the Great Conjunction of Jupiter and Saturn with this video from photographer Jason De Freitas.