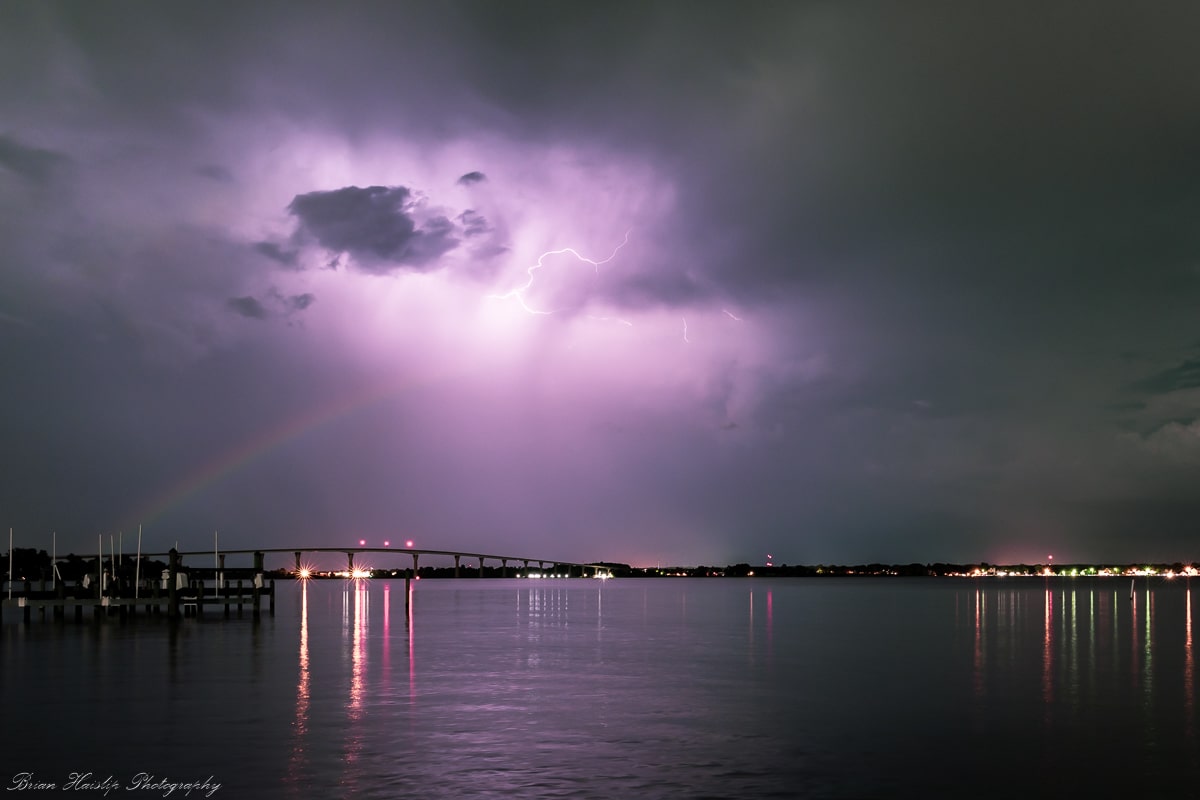 We think of rainbows as being reserved for the daytime, but it turns out that the colorful beam looks magnificent at night, too. Photographer captured sight of a double moonbow—the rare nighttime version of a rainbow—that appeared over the water in Lexington Park, Maryland. In four images, he showcases the crash of lightning as it seemingly tussles with the multicolored arc while also highlighting the moonbows in calmer moments after the storm. The results are as unexpected as they are magical.

Haislip loves to snap pictures of storms. So, when he saw that there was a lightning storm going on, he trekked down to the waterfront in his neighborhood in hopes of photographing it. “This particular night,” he tells My Modern Met, “the lightning calmed down around 10 p.m. so I packed up and went back home to edit the lightning shots I got.” He heard more thunder in the distance around midnight. He was exhausted but as a self-proclaimed “storm addict,” he decided to grab his camera and head back to the same spot.

“The storm ended up not producing very much lightning, so I decided to call it a night,” Haislip recalls. “As I was getting ready to pick my camera up, I started seeing this crazy-looking white formation off in the distance, I had no idea what it was. At that time, the full moon peeked out from the remaining storm clouds, and all of a sudden this full double moonbow appeared. I was not prepared for something like that, which is why the double moonbow picture is out of focus… really threw me for a loop!” Once he realized what he had seen, he adjusted the settings on his camera and snapped as many shots as he could. “During that brief time, I was able to capture a few streaks of lightning coming out of the dissipating moonbow.”

Scroll down to see what Haislip’s dedication captured. For more of his Maryland landscape photography, follow him on .

Photographer Brian Haislip captured the rare sight of a double moonbow after a lightning storm. 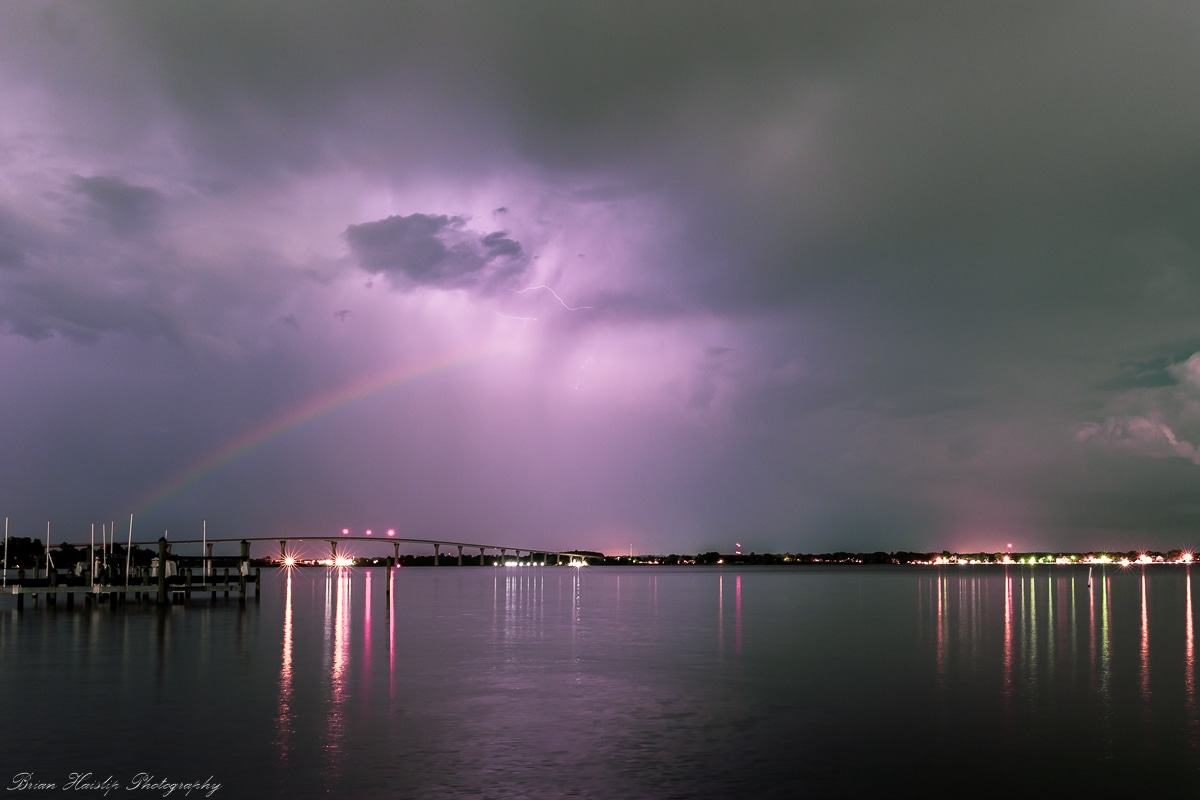 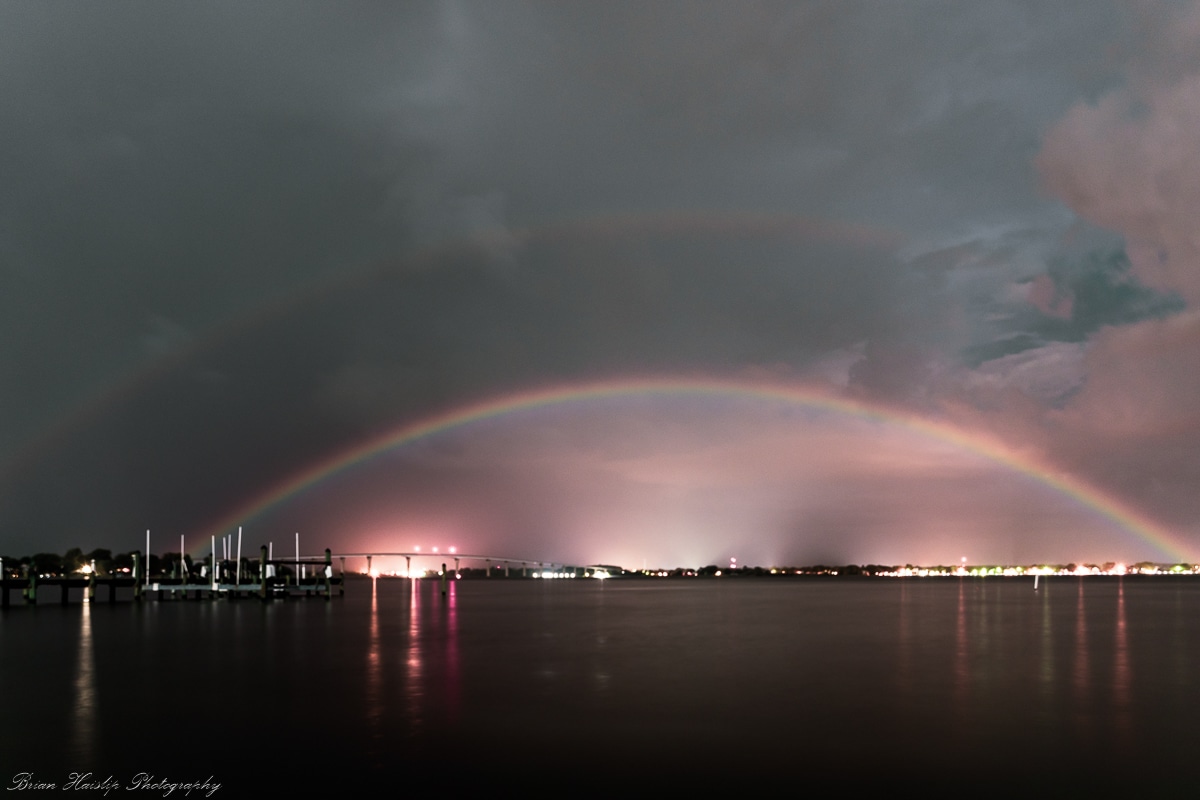 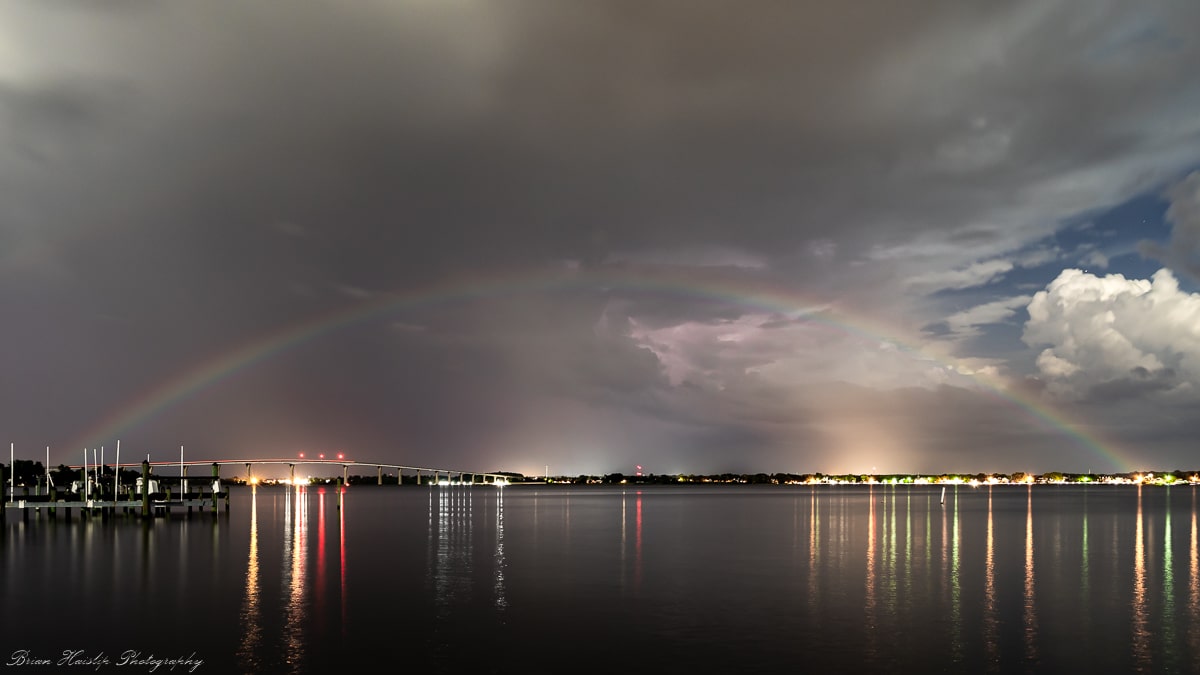