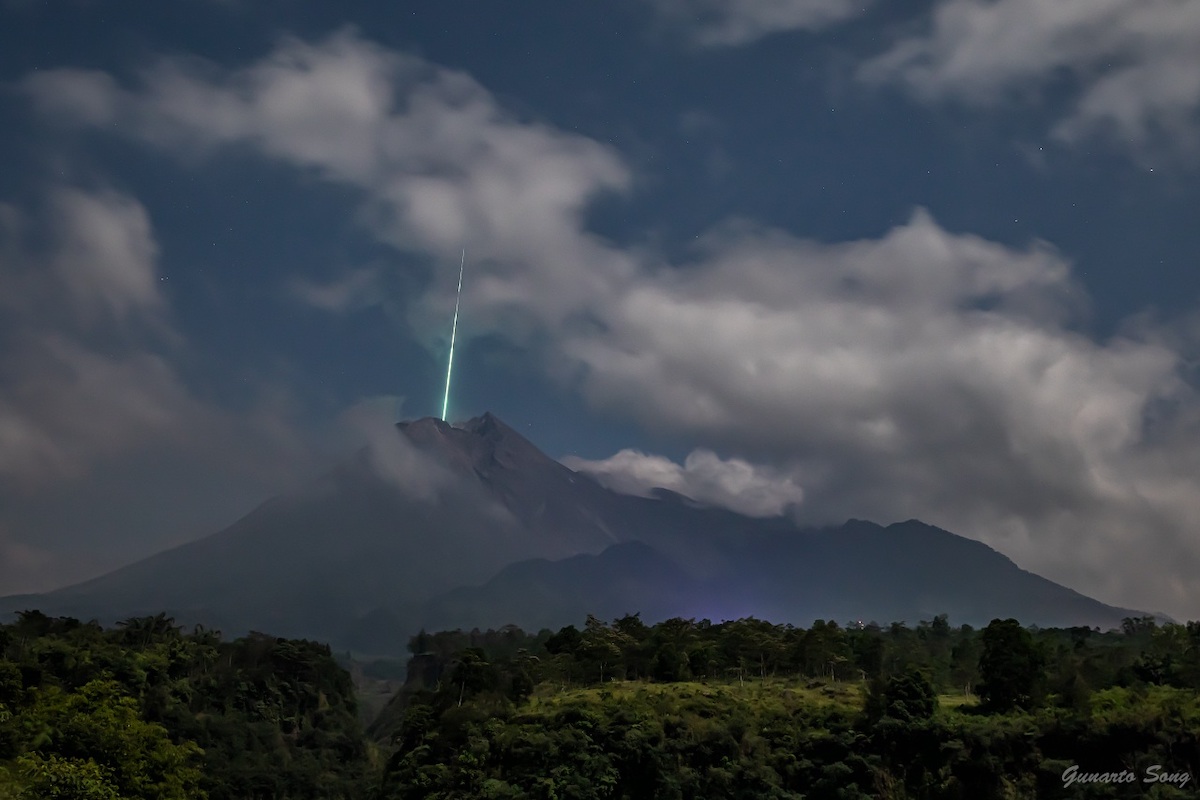 Mount Merapi is the most active volcano in Indonesia, frequently spewing lava and ash from its mouth. As it has erupted regularly since the 16th century, it’s no wonder that the name loosely translates to “Mountain of Fire.” A regular favorite of photographers, Mount Merapi it’s quite commonly documented. But photographer was in for something very special during a recent photoshoot.

The current eruption status of Mount Merapi requires that no one is allowed to go within three miles of the volcano. So, in order to catch the evening scenery he was after, Song retired to Batu Alien. This large stone was hurled from the mouth of the volcano during an eruption and sits next to a cliff that gives a good view of Merapi. As he fixated on some clouds, a flash of light came down. Luckily, he was quick enough to fire off the shutter just as it happened.

This flash of light was actually a meteor and Song photographed the exact moment that it appeared to fall into Mount Merapi. The photo has now gone viral with over . The long-exposure image transformed the shooting star into a streak of light. “I set the shutter speed at four seconds, which made the photos [of the light] appear long. But the light was round-shaped, it was so fast but it was indeed a round light that fell,” the photographer .

Several CCTV cameras in the area also caught the event on film. There were two active meteor showers in play at the time of the event, the Eta Aquarid Meteor Shower and the Arietid Meteor Shower, leading the National Institute of Aeronautics and Space (LAPAN) to that it was, indeed, a meteor. They also stated that the green color of the light is due to the high magnesium content of the meteor.

The incredible photo proves that there’s nothing more spectacular than when two rare events by Mother Nature collide.

Mount Merapi, Indonesia’s most active volcano, has been erupting sporadically since the 16th century. 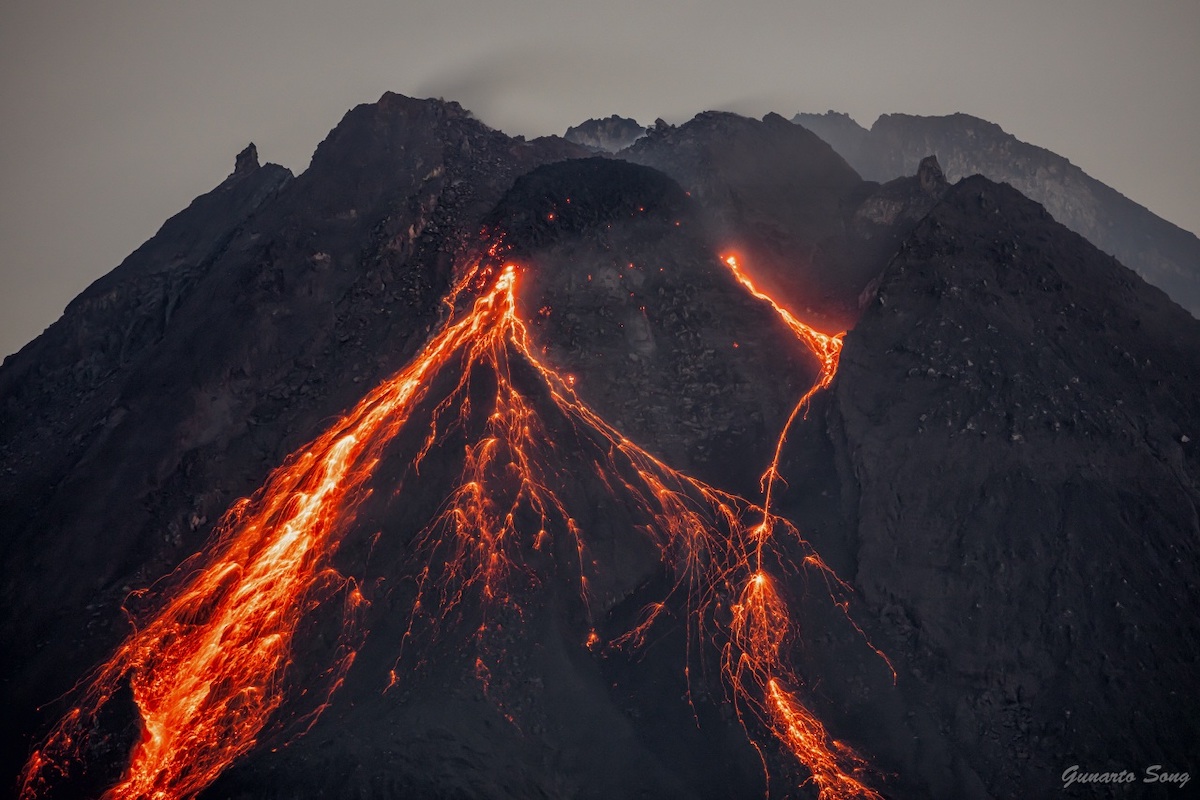 Photographer Gunarto Song had the luck to photograph a meteor as it appeared to fall inside the volcano. 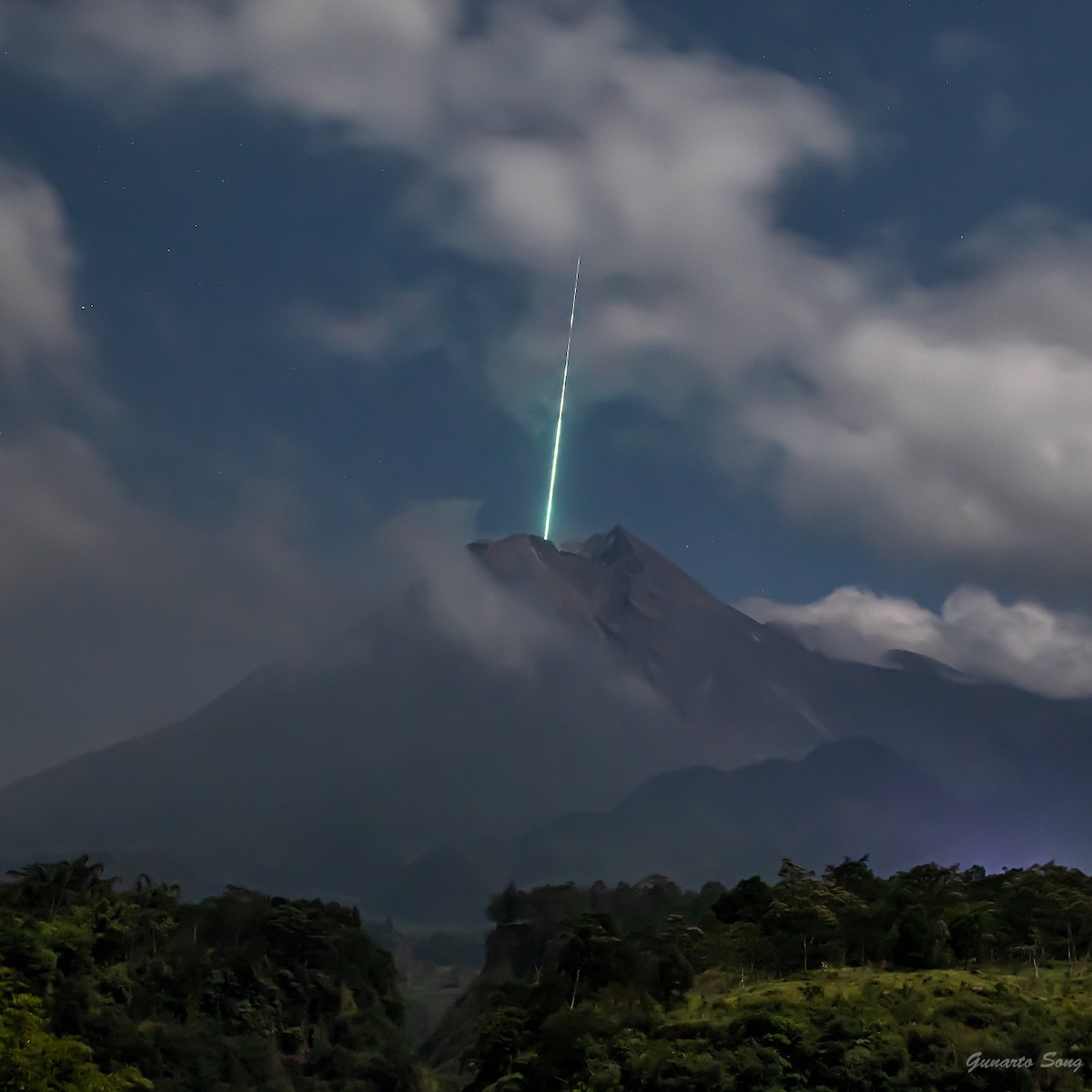 The long exposure turned the shooting star into a streak of light. 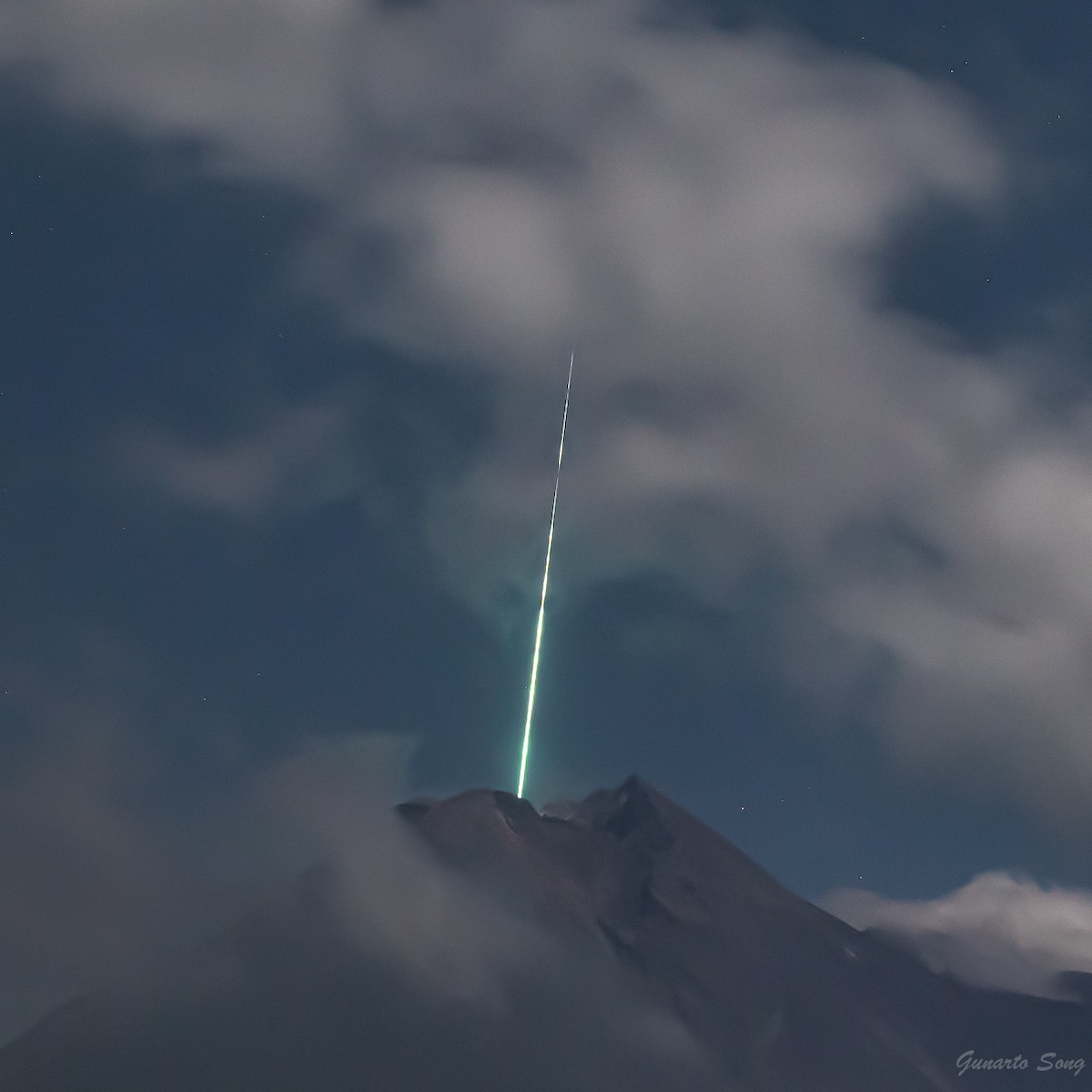