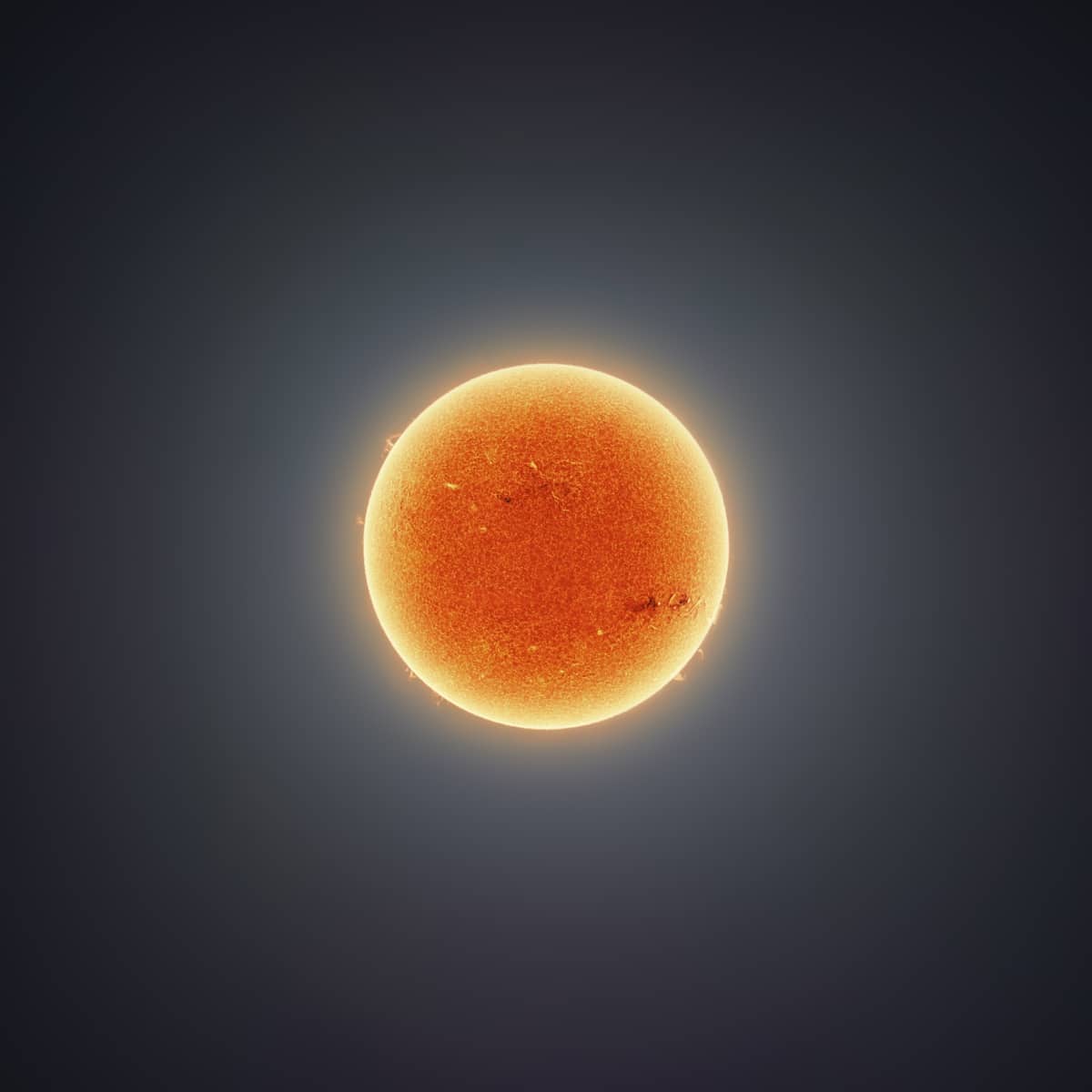 Astrophotographer never takes a break. Off the heels of an image that captured the full sequence of the , he’s back with an incredible photo of the Sun. As usual, it’s filled with rich detail thanks to the sheer volume of images he combined together. All told, 150,000 photos were used to achieve this final result.

Titled Fire and Fusion, this 300-megapixel photo highlights the swirling, feathery surface of the Sun. Using a modified telescope, McCarthy was able to take his most detailed photo yet of the Sun. The result is a feast for the eyes. Solar flares and sunspots are visible, showing just how chaotic this ball of plasma really is. For McCarthy, the Sun is a constant source of inspiration. “Every time I shoot it, I see different shapes in the plasma. It’s fascinating,” he tells My Modern Met.

Incredibly, McCarthy was able to capture this photo right from his backyard in Arizona. In fact, all the images he used to compose the photo were taken in one night. As always, he needed to be patient and make sure that the atmosphere stabilized prior to shooting. Luckily, he got a clear view at the end of November to make this photo a reality.

He’s made the photo available as a limited edition print and digital download .  If you’d like to support his work on an ongoing basis, you can also join his , where he makes full-resolution versions of his images available for at-home printing.

See some of the spectacular details from Andrew McCarthy’s high-resolution photo of the Sun. 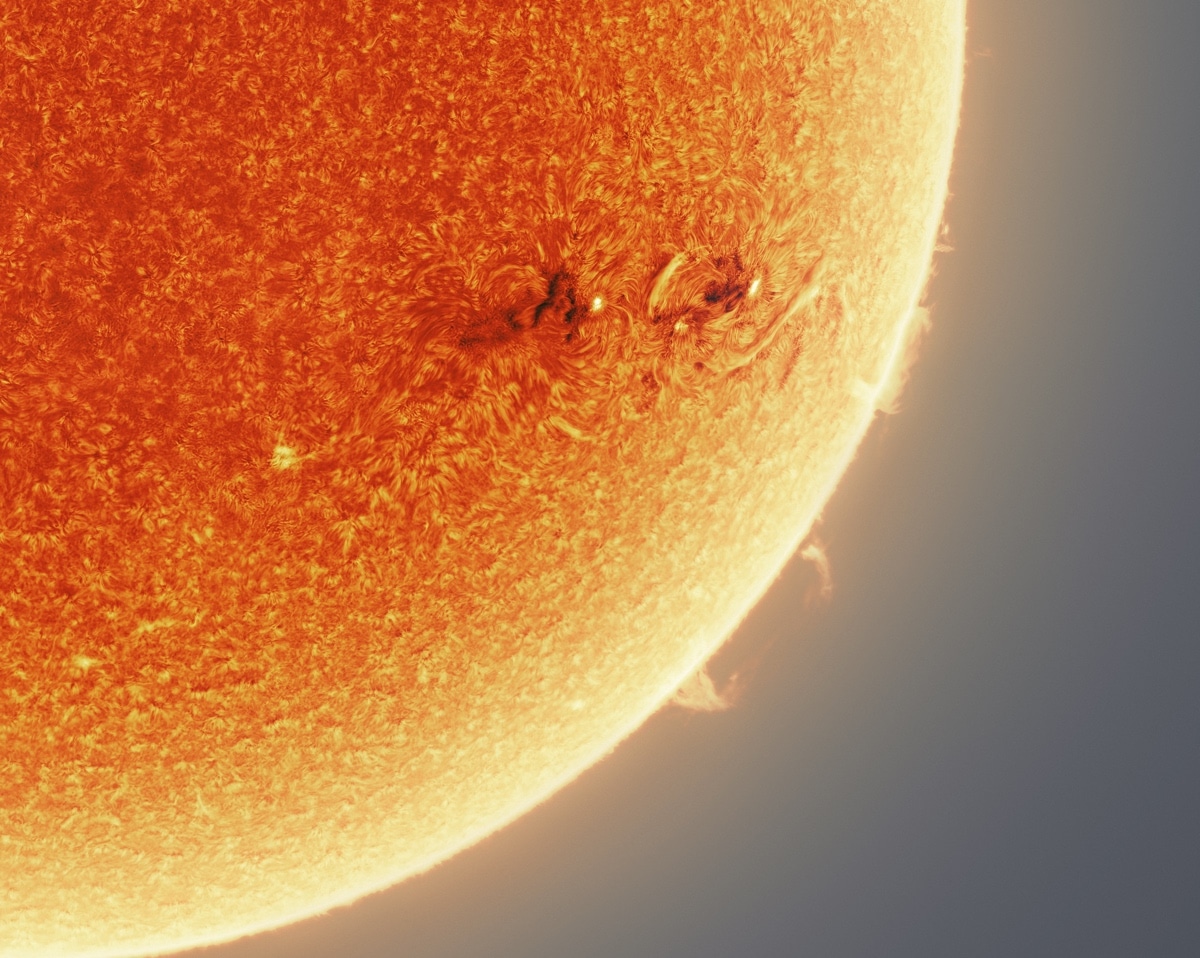 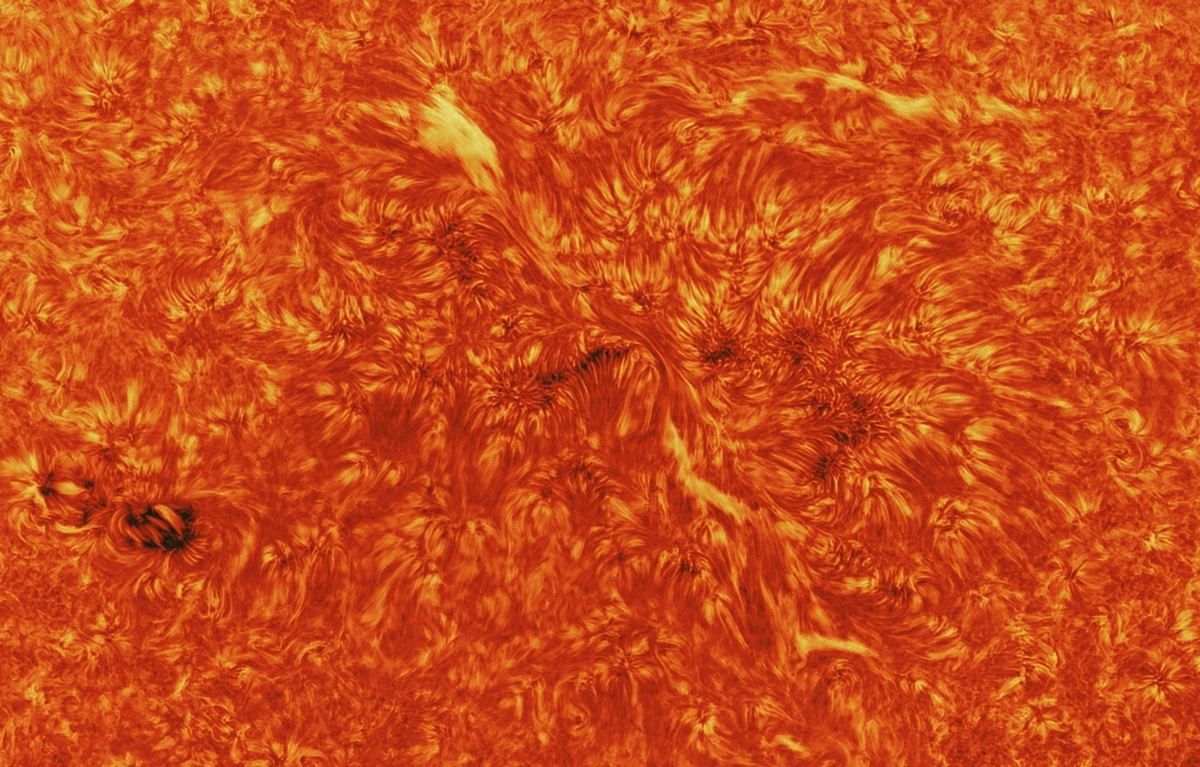 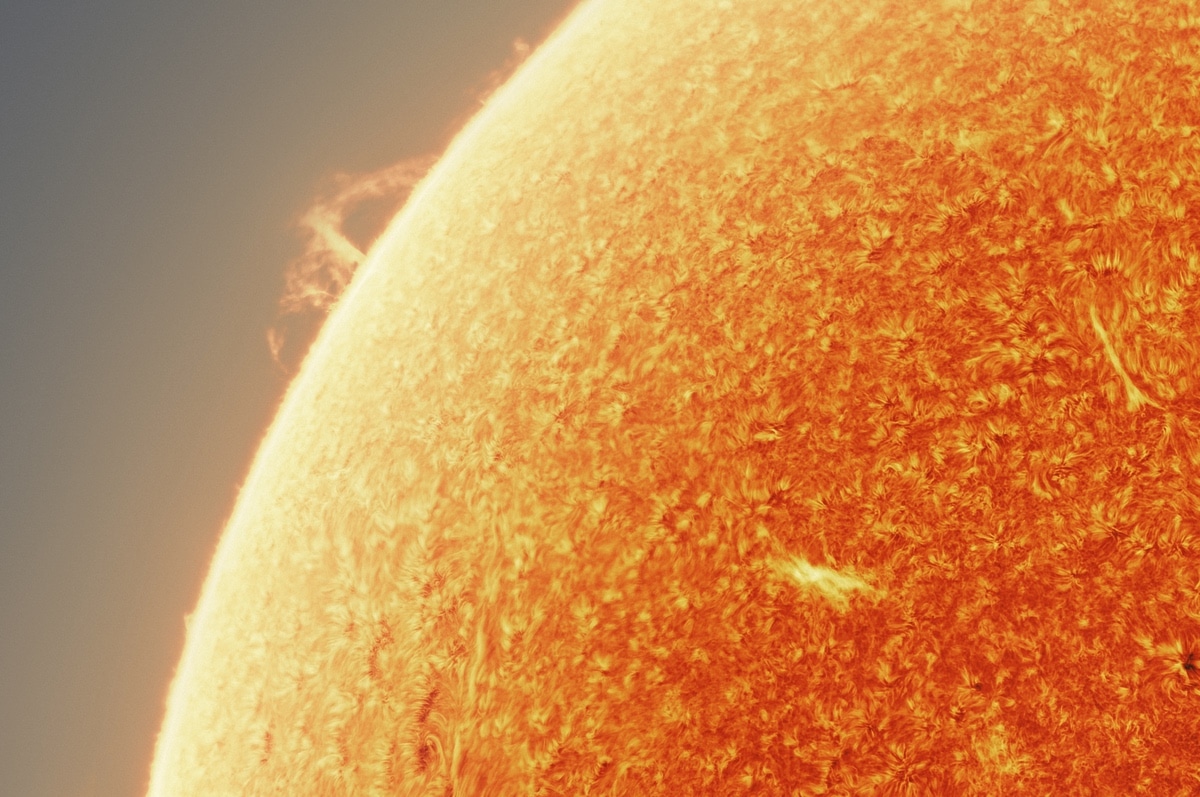