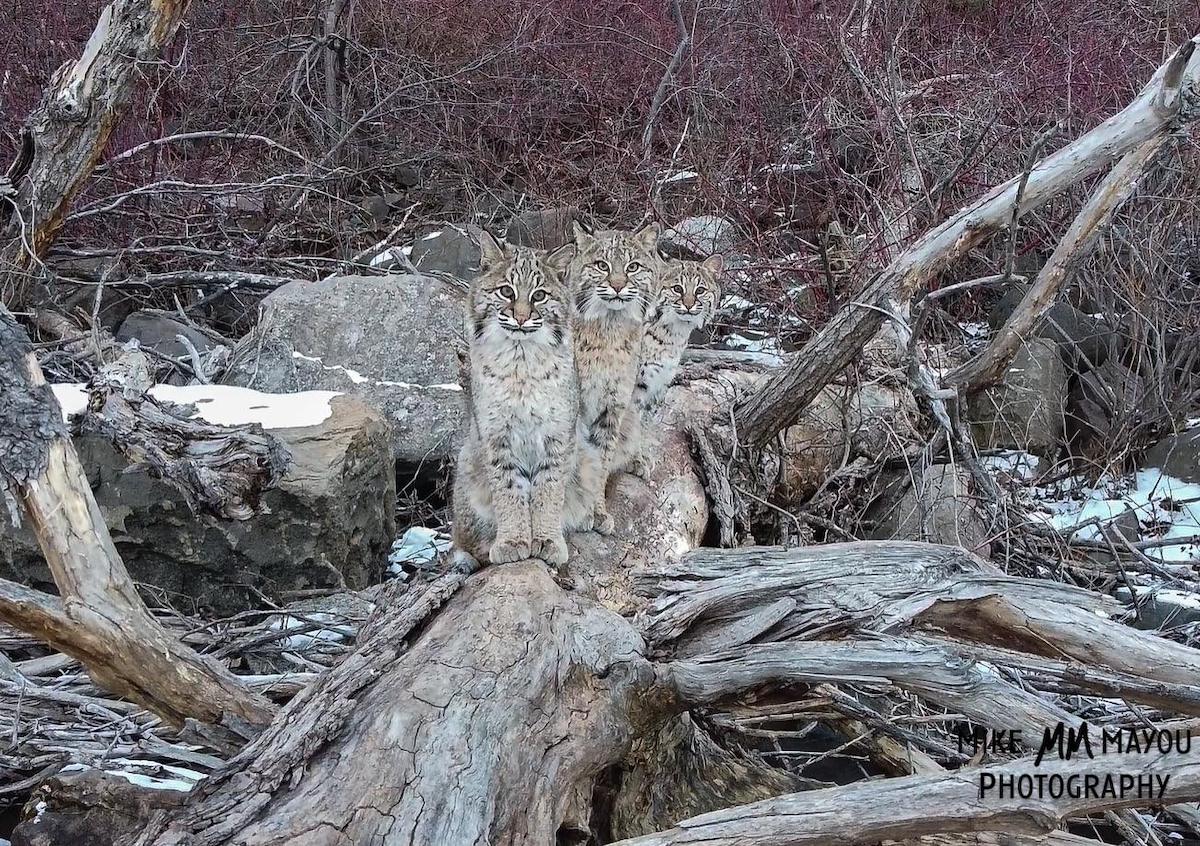 Capturing a great photograph requires technical skill, foresight, and intuition, but you also need a lot of luck! After all, being in the right place at the right time is something that’s hard to plan for. But, of course, a skilled photographer recognizes the charmed scene and knows when to snap the photo. found such a moment while flying his drone over the St. Louis River in Minnesota. There, he saw a trio of bobcats sitting on a log near the icy water and immortalized the moment in a once-in-a-lifetime photo. The incredible image captures all three of the big cats looking right at the camera with curious expressions that are reminiscent of the kitties many of us have at home.

Mayou wasn’t looking for anything in particular when he set out on his “photography adventure” that day; he was simply hoping to find a nice place to catch the sunset. “The sun didn’t end up making an appearance, so I was about to leave after exploring the area around the river, but I happened to spot something crossing the ice,” he tells My Modern Met. “After flying a drone over to investigate, I discovered that there were three bobcats venturing together! It was quite a breathtaking experience, and I decided to turn my camera on while I was around them.” He spent a few minutes near the animals and then left so as to not disturb them any further.

This unplanned image wouldn’t have been possible without his drone. “It’s quite rare for humans to see bobcats in the wild, but the drone, which is small enough to fit in the palm of your hand, allowed me to capture these animals in a unique way,” Mayou says. But would he do it again? “After looking into the ethics of drone photography around wildlife, I realized I may have actually gotten a bit too close to the bobcats for comfort,” he admits, “and looking back, I would not have gotten as close as I did. If the behavior of the animal changes, the drone is too close.” 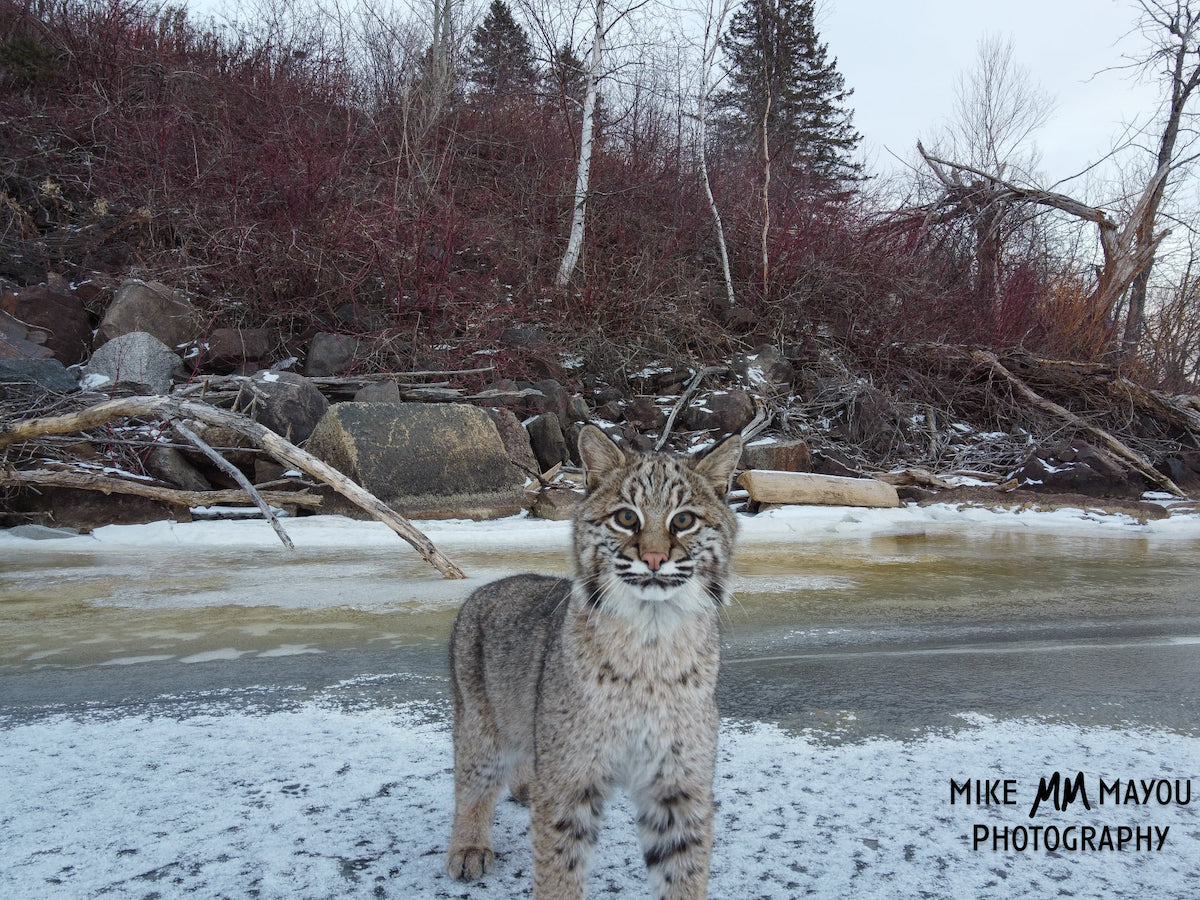 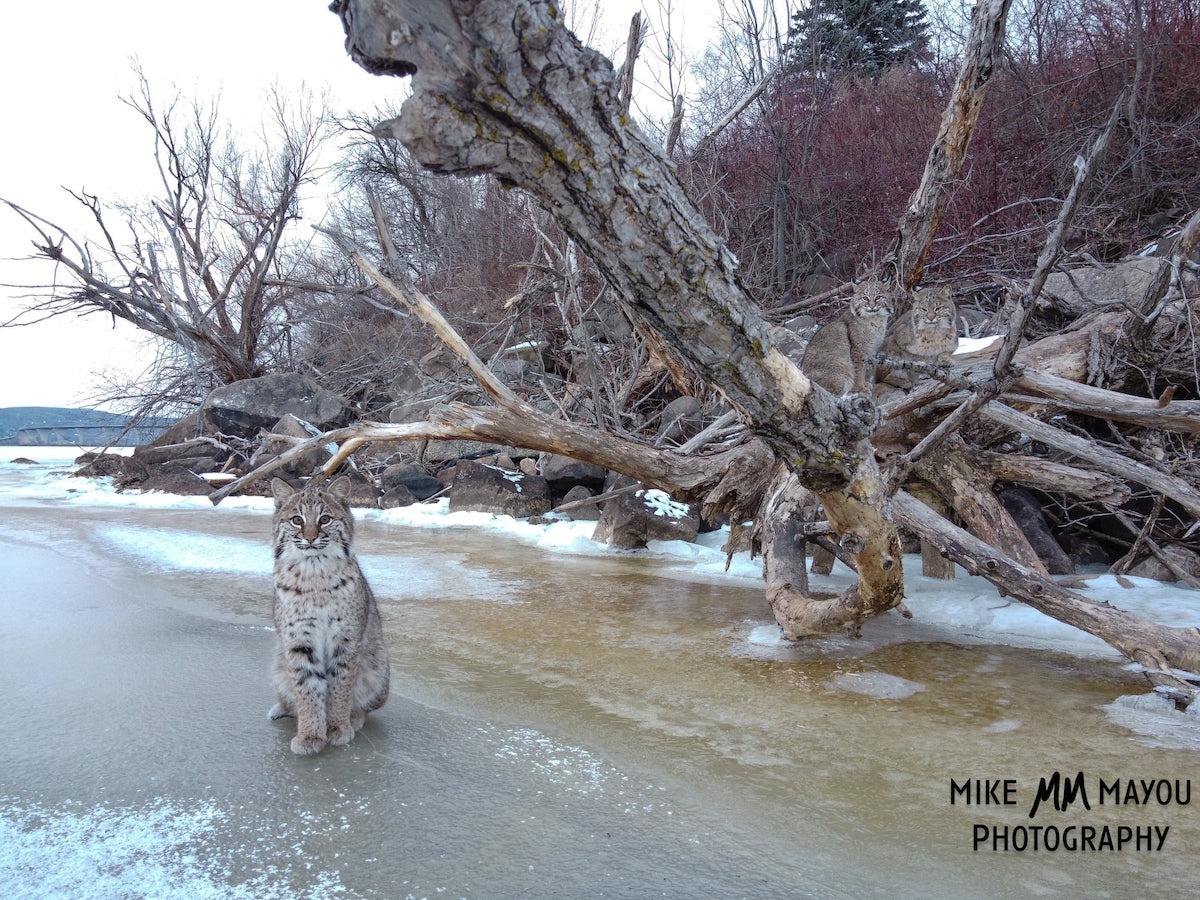 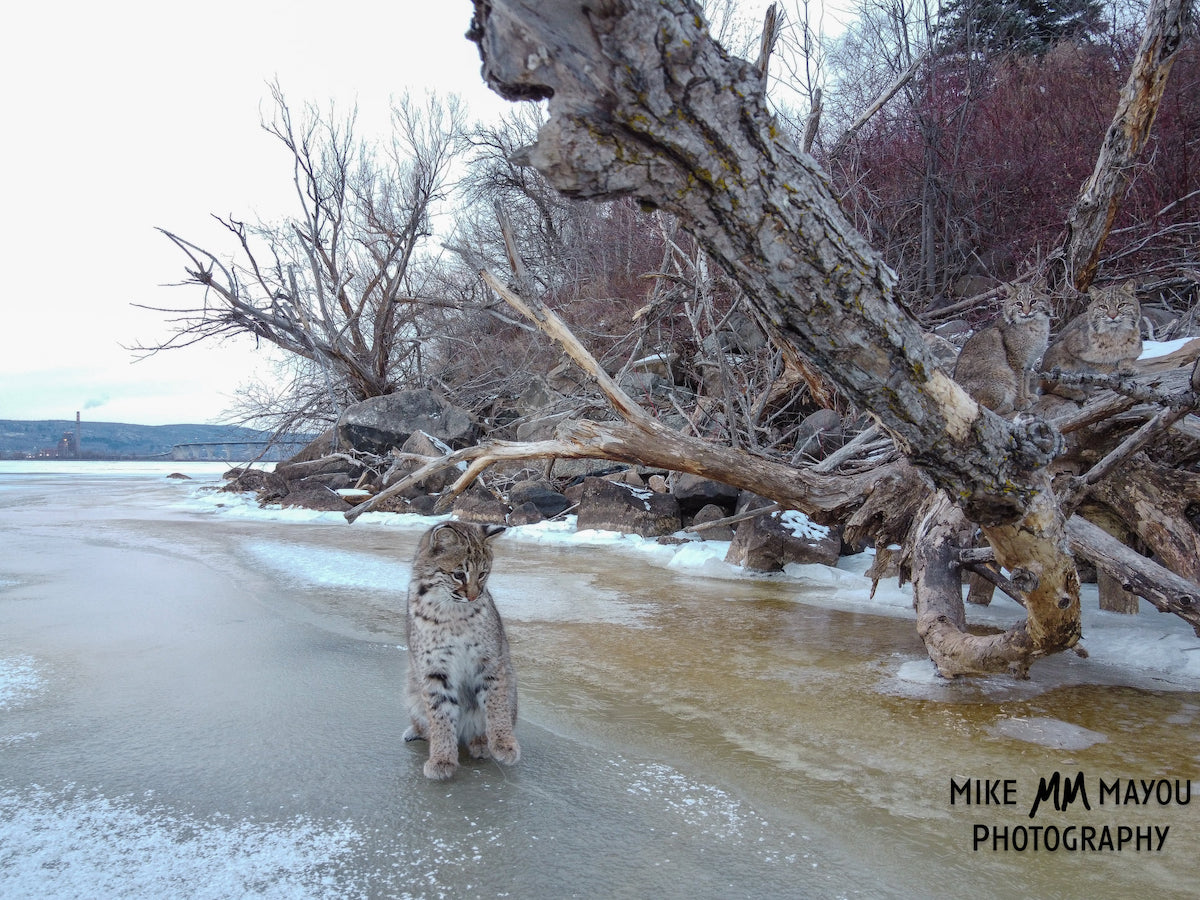 Here’s a video of the bobcats from that day: