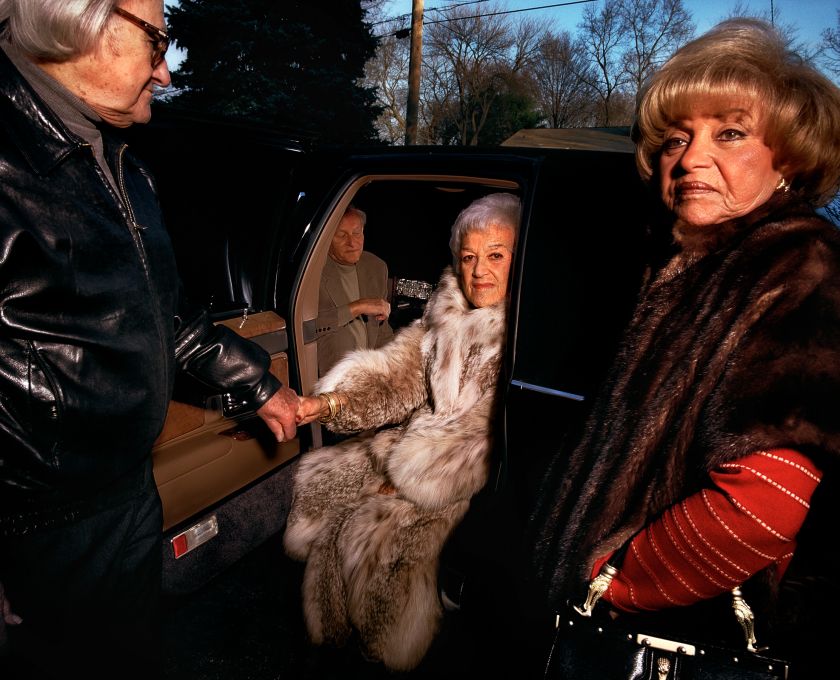 It’s been said that the world has never felt more divided on important matters than in the last 10 years. A new exhibition by renowned photographer explores America’s political divisions through the lens of her own family dynamics, proving to be quite the contrast between humour and horror.

The body of work, entitled Family Matters, is on show at the International Center of Photography (ICP) in New York City from 24 September and gives us Laub’s picture of an “American family saga that feels both anguished and hopeful,” as the gallery puts it.

Like most families in the 2010s and beyond, we’ve had to learn compassion and empathy as we struggle with the opposing views of those close to us: whether Trump or Biden, immigration or walls, globalisation or “America first”, Laub presents the highs and lows of family life.

Of course, for the last two decades, Laub has tackled such timely topics with a focus on community and human rights. Her work has spanned terror survivors in the Middle East to racism in the American south, using her camera to look closely at how society’s most complex questions are often writ large in our most intimate relationships and spaces – including her own.

Over the same period, Laub has been privately documenting the emotional, psychological, and political landscape of her own family – exploring her growing discomfort with the many extravagances that marked their lives. “Intense intergenerational bonds have shaped and nurtured Laub but have also been fraught,” explains the ICP. “As it moves through time, the exhibition becomes a microcosm of a deeply conflicted nation, as the artist and her parents find themselves on opposing sides of a sharp political divide – tearing at multigenerational family ties, and forcing everyone to ask what, in the end, really binds them together.” 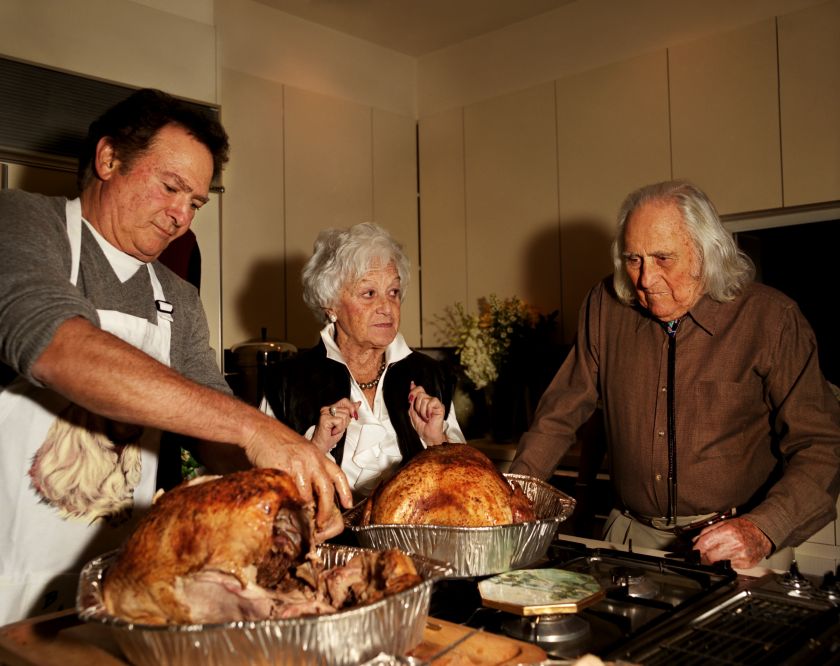 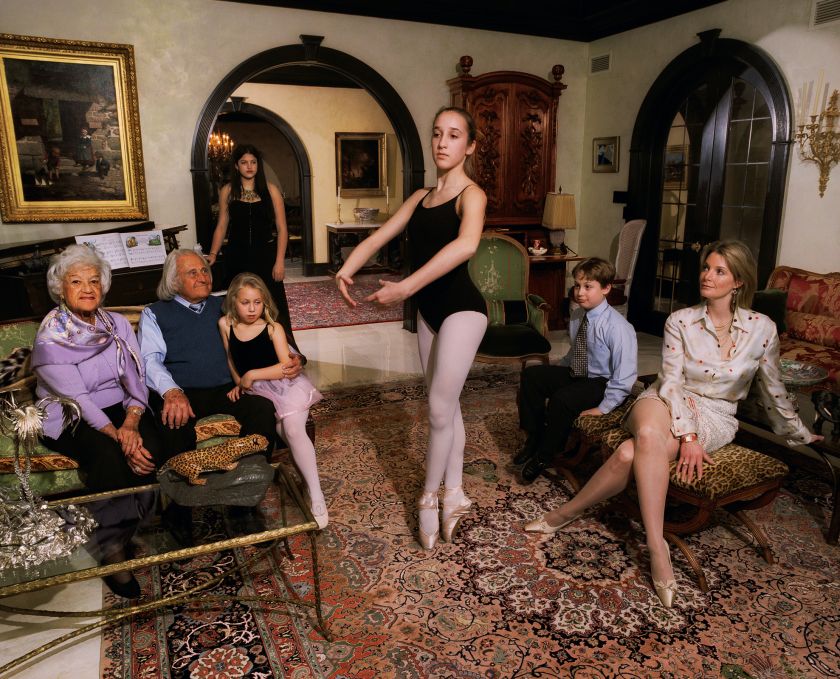 Family Matters has been curated by David Campany, ICP’s Managing Director of Programmes, and coincides with the publication of a companion book by Aperture. “Photography is an ideal medium for mixed feelings and ambiguities,” he says. “In the two decades, it has taken Gillian Laub to tell the story of her family, she has walked the finest of lines between humor and anguish, empathy and tension, irony, and sincerity. There are no easy answers here, just the honest narration of a complicated life.”

Laub adds: “This project is an exploration of the conflicted feelings I have about where I come from – which includes people I love and treasure, but with whom, most recently in a divided America, I have also struggled mightily. “It is made with the intention to accept as well as to challenge – both them and myself.”

The exhibition is organised into four acts, with more than 60 images dating from 1999-2020. In Act I, Laub captures family events: holidays, bar mitzvahs, weddings, poolside barbecues, and vacations, such as her father carving the Thanksgiving turkey, or her grandparents and great aunt embarking on a dressy night on the town. Act II shows how Laub begins to form her own family through marriage and children as she loses relatives from the older generation. Images document Laub’s wedding arrangements, including wedding dress shopping and multiple family meetings with an imperious wedding planner. 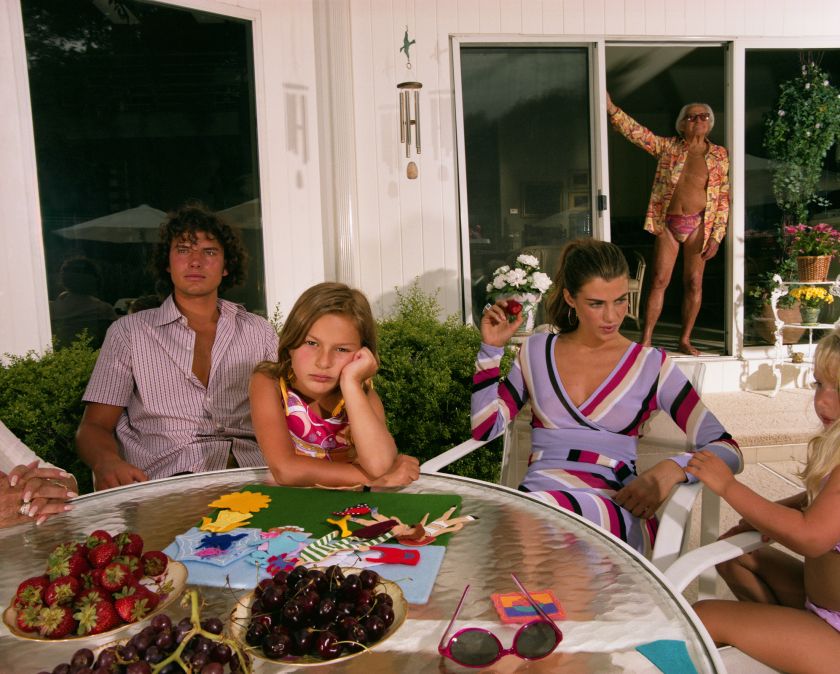 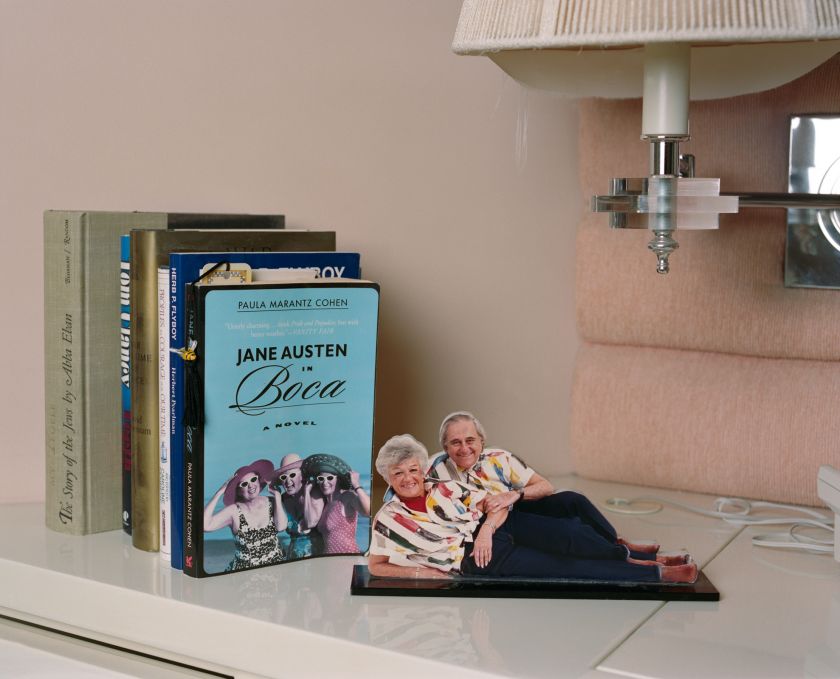 A shift comes in Act III, as Laub’s parents and other relatives enthusiastically support Donald Trump, while Laub is staunchly opposed, leading to heated political debates and exposing family fault lines. Images depict Laub’s nephew wearing a Trump rubber mask, and her father proudly wearing a red ‘Make America Great Again’ cap while golfing, as he encourages her to “learn to be less judgmental and more tolerant”.

Finally, Act IV documents the rise of the Covid-19 pandemic, racial violence, and an election – all momentous world events that continue to divide the family, but also help to bring it back together. For instance, Laub’s parents drive for hours to deliver a cake and balloons to celebrate Laub’s quarantine birthday, peering through the sliding glass door for safety, and relatives gather for a masked outdoor Thanksgiving dinner in November 2020.

Given the ongoing climate we’re in, this isn’t one to be missed. Gillian Laub: Family Matters runs from 24 September at the International Center of Photography (ICP) in New York City until 10 January 2022. Discover more of Laub’s work at .