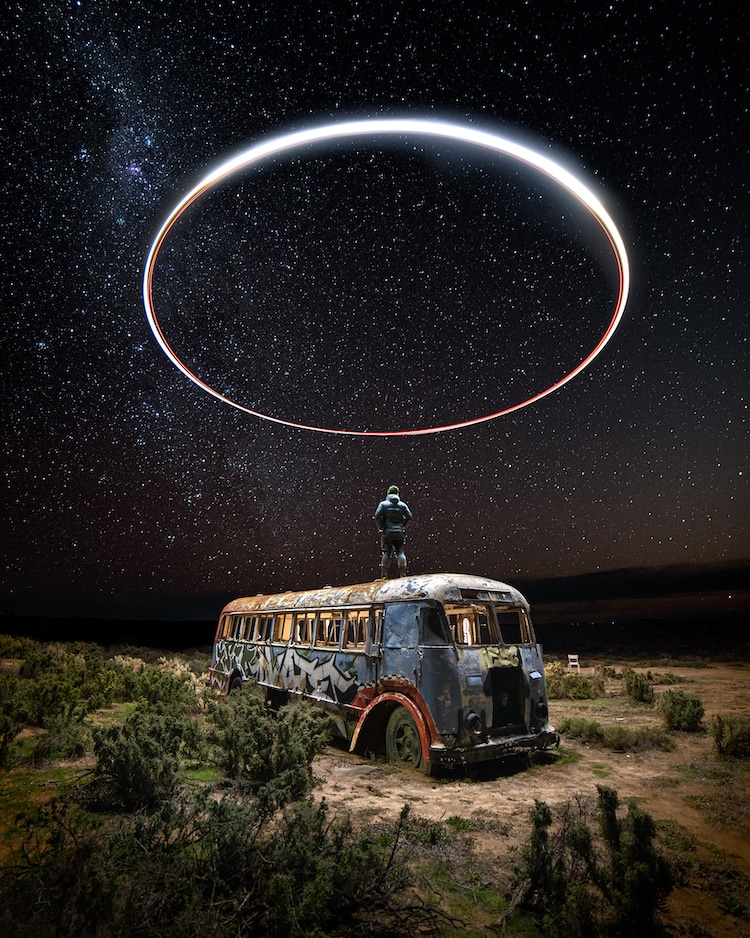 Sometimes the best photographs are the result of an accident. And this was certainly the case when travel photographer stumbled upon an abandoned bus near Lake Tyrell in Victoria, Australia. Taking advantage of what he’d found, he used the graffiti-laden bus as the anchor for some incredible night photography. One of his most memorable shots shows his travel companion perched on the bus’ roof, gazing at the stars, while a circular light halo hovers above him.

It’s a beautifully lit image, as the light painting helps illuminate the foreground while the stars still remain visible. The light halo proved to be the most challenging aspect of the photo, as it was the first time that Yip had attempted this with a drone. Those familiar with the work of , another My Modern Met favorite, will see his influence here as Yip was inspired by his work.

The finished image is the result of creative thinking; Yip used everything that he had available to make the shot work. “In addition to the drone serving as the main light in the shot, we also used a small camping LED lantern inside the bus, an iPhone to manually light the bus wheel, and a flashlight to backlight my friend on top of the bus,” Yip tells My Modern Met.

For Yip, the photograph is a testament to what can happen creatively when you keep yourself open to possibilities. By allowing himself to experiment, Yip was able to transform this ordinary bus into the central figure of some remarkable images. And, the light painting photo was just one of the images that he took that night. Yip and his travel companion had been on the lookout for good Milky Way shooting locations when they stumbled upon the bus. So, naturally, they also made sure to include the galaxy twinkling behind the bus in a second photo.

“There are lots of creative ways to turn ordinary subjects into something extraordinary,” shares Yip. “And that this can be done using some relatively accessible pieces of technology; you just have to think a little outside the box!”

If you like what you see, Yip’s bus photo and many others are available for purchase on his .

Photographer Donald Yip stumbled upon an abandoned bus while location scouting in Australia. 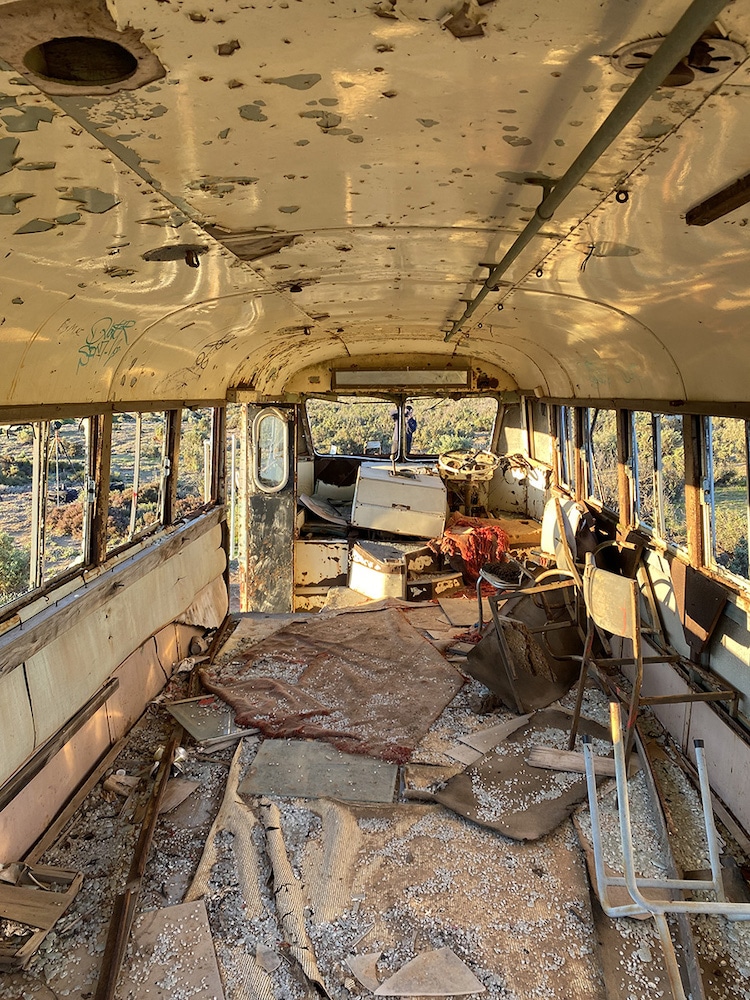 He transformed his newfound discovery into the perfect backdrop for his Milky Way photos. 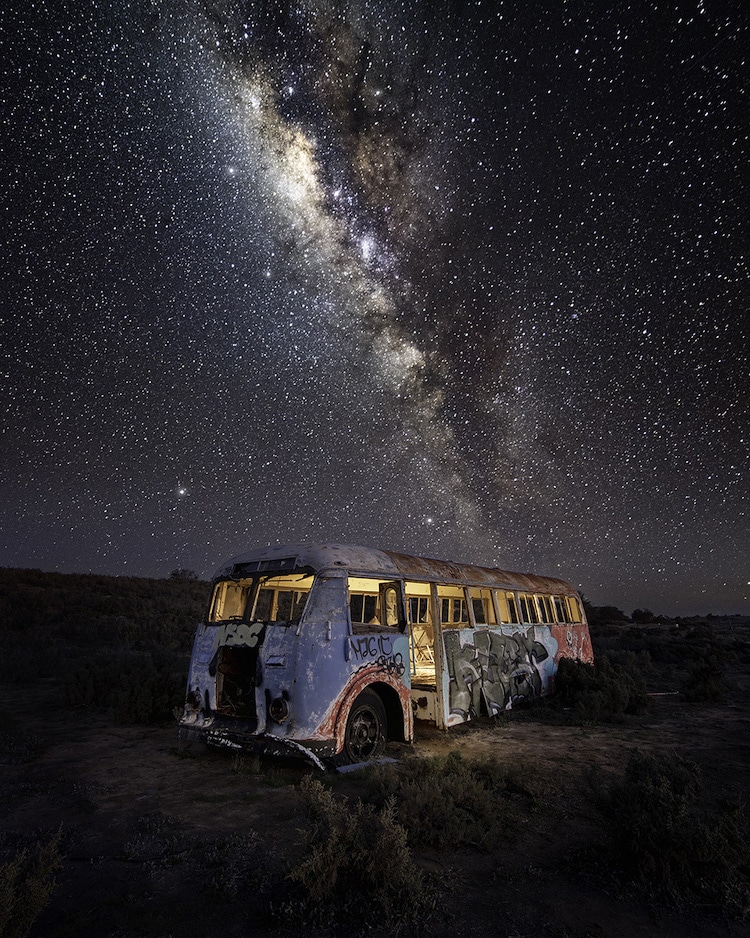