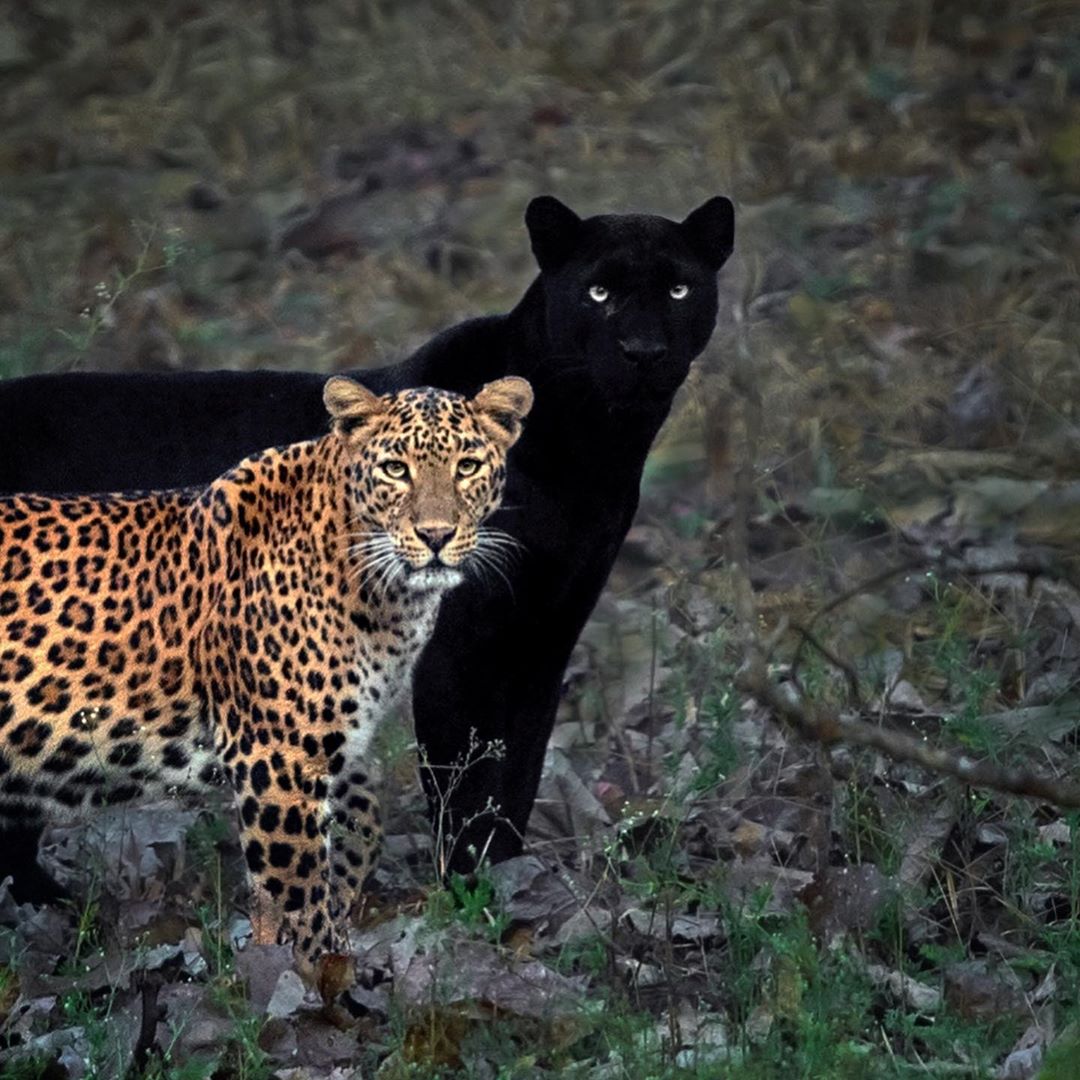 Wildlife photographer has a passion for big cats. In particular, he loves observing them as they spend time in the Kabini Forest Reserve in Karnataka, India. Mithun’s tenacity and patience recently paid off when he was able to photograph one of his favorite big cat couples—Saaya and Cleopatra—in the pose of a lifetime.

The female leopard and male black panther have been a couple for four years, but Mithun has been watching them for much longer. “The female Cleopatra has been a heartthrob of Kabini since 2009,” he tells My Modern Met. “I have followed her for 12 years now—ever since she was a tiny cub. The panther Saaya entered our lives in 2014 as a sub-adult shy cat trying to establish territory. It was only in 2016, when he finally asserted his dominance, that he paired up with Cleo for the first time and I have followed their journey since.”

While Mithun has captured them on film together several other times when they reunite to mate, this time was different. For six days he waited in the same spot while he could hear the amorous couple in thick undergrowth just several hundred feet away. They’d just made a kill and weren’t going to leave the spot until it was finished, so Mithun bided his time patiently. And finally, he was rewarded. As the elegant couple walked past, they each turned and looked directly into Mithun’s camera, seemingly without a care in the world.

“I can still close my eyes and relive that moment every single day of my life. You don’t see that often. Probably a once-in-a-lifetime opportunity,” he recalls. “This is where the knowledge and years of experience of following and tracking the panther came in handy. I just had to wait at one of his favorite paths, since that was the place he would get her since that was the edge of his territory. And this he did after six days. It was a fruitful wait though. I could wait for 6 years for a moment like this.”

It’s a beautifully casual moment for these big cats, one that emphasizes the strong bond between the couple. Mithun hopes that his work will help raise awareness about leopard conservation. “They are the most neglected of the big cats across the world and in danger because of conflict with humans on the edges of the forests. People need to realize the beauty and grace of this amazing feline and their very important role in the ecosystem.” 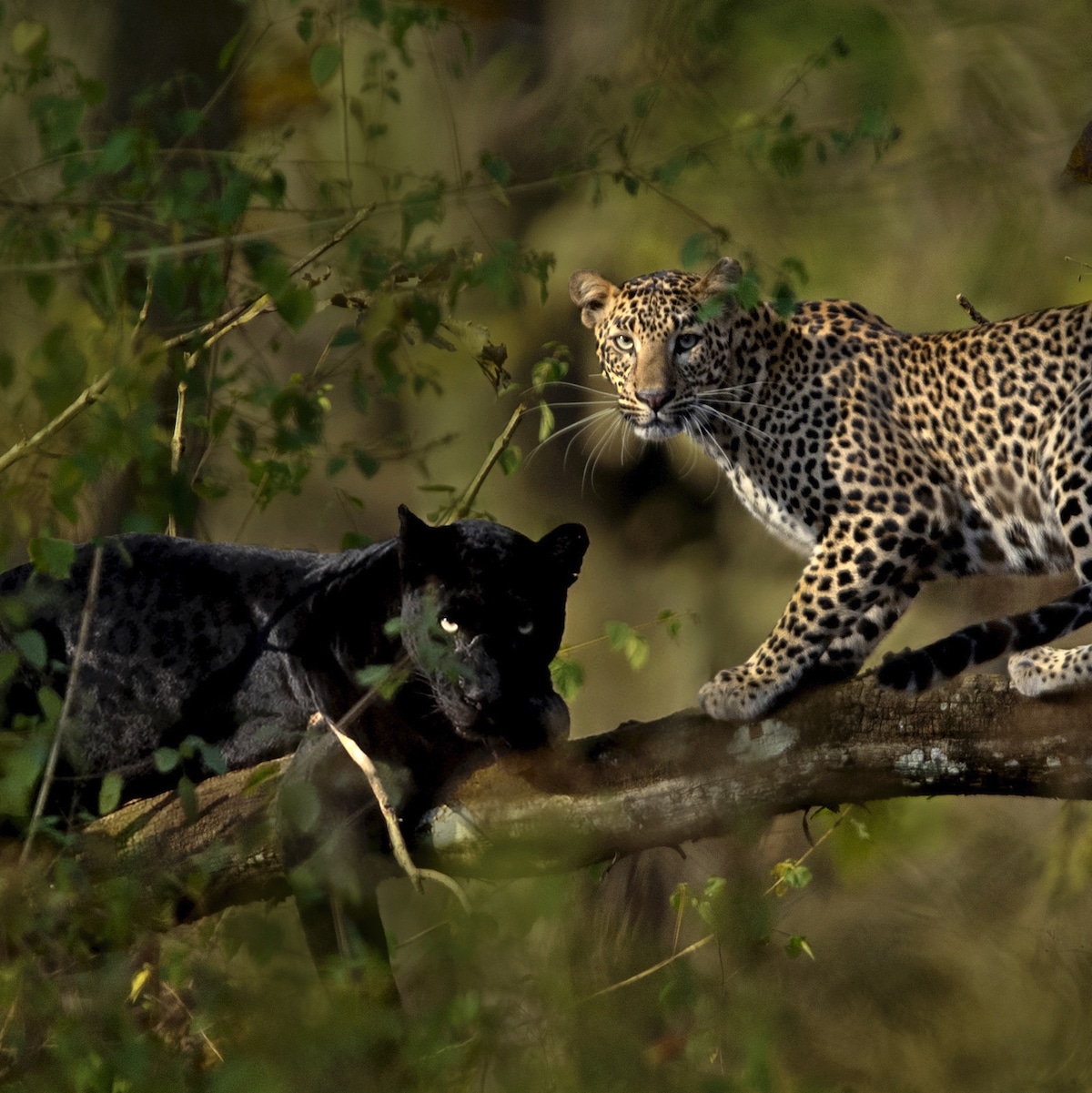 Recently he took a once-in-a-lifetime photo of the leopard and black panther casually looking into his camera. 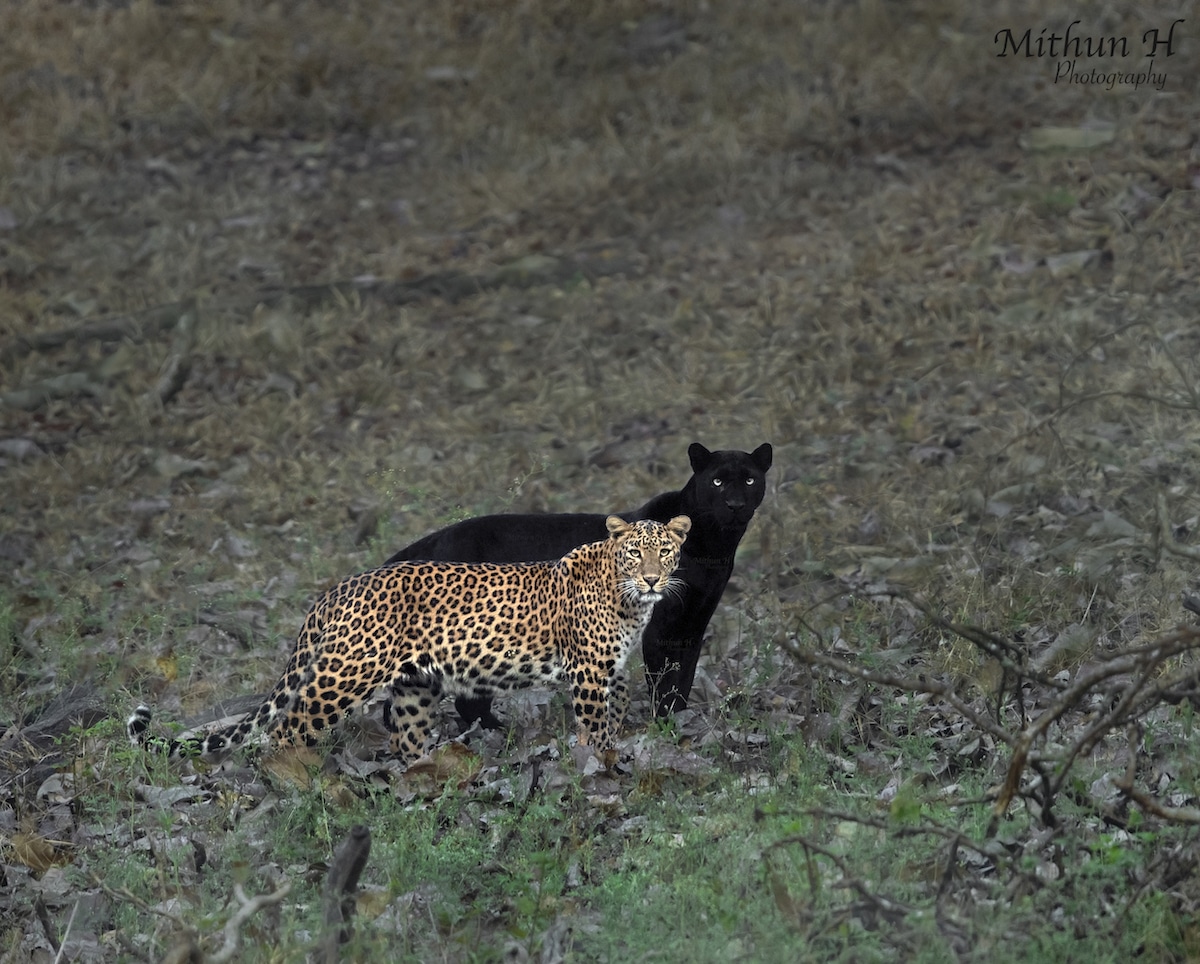 See some of his other candid photos of these incredible big cats. 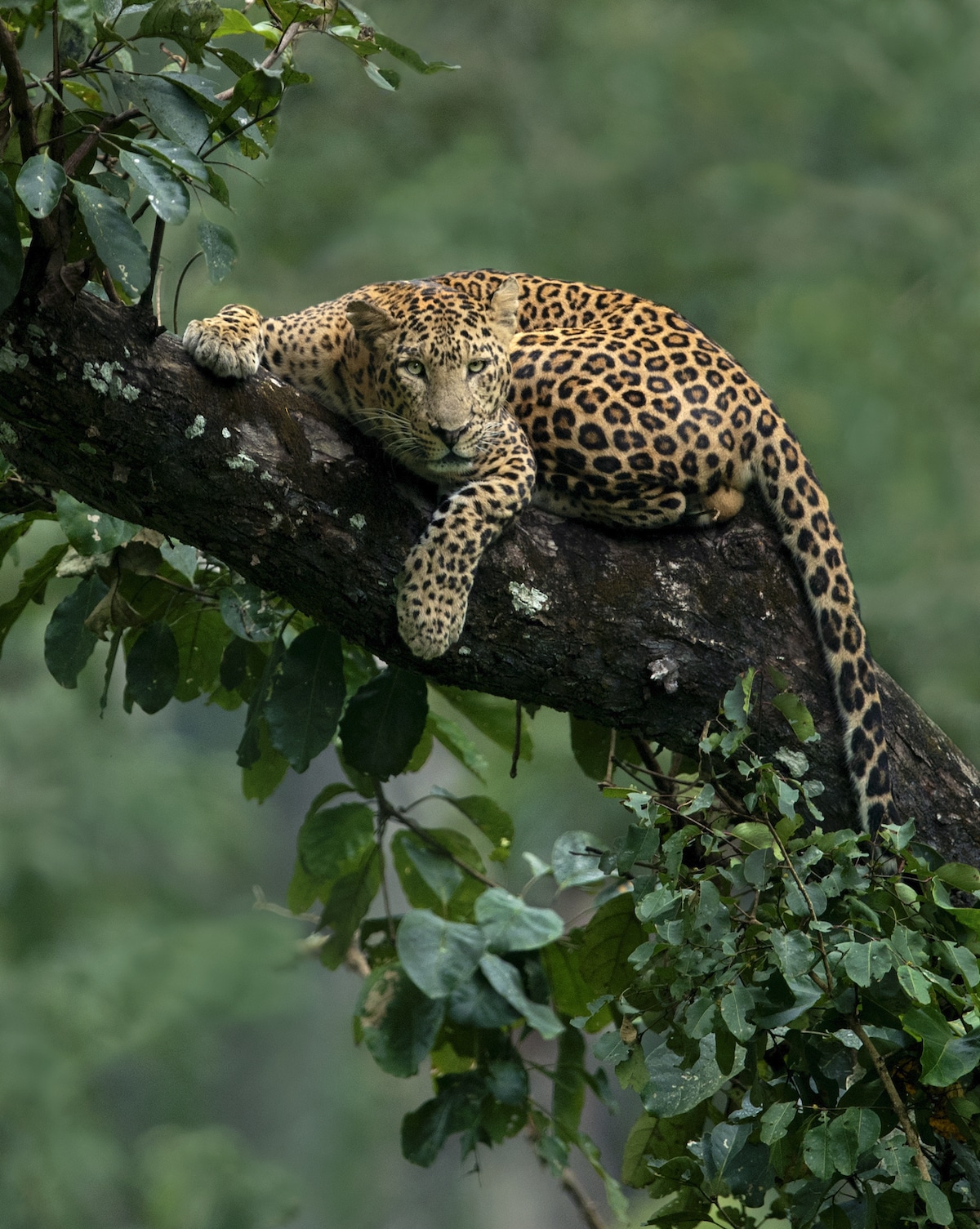 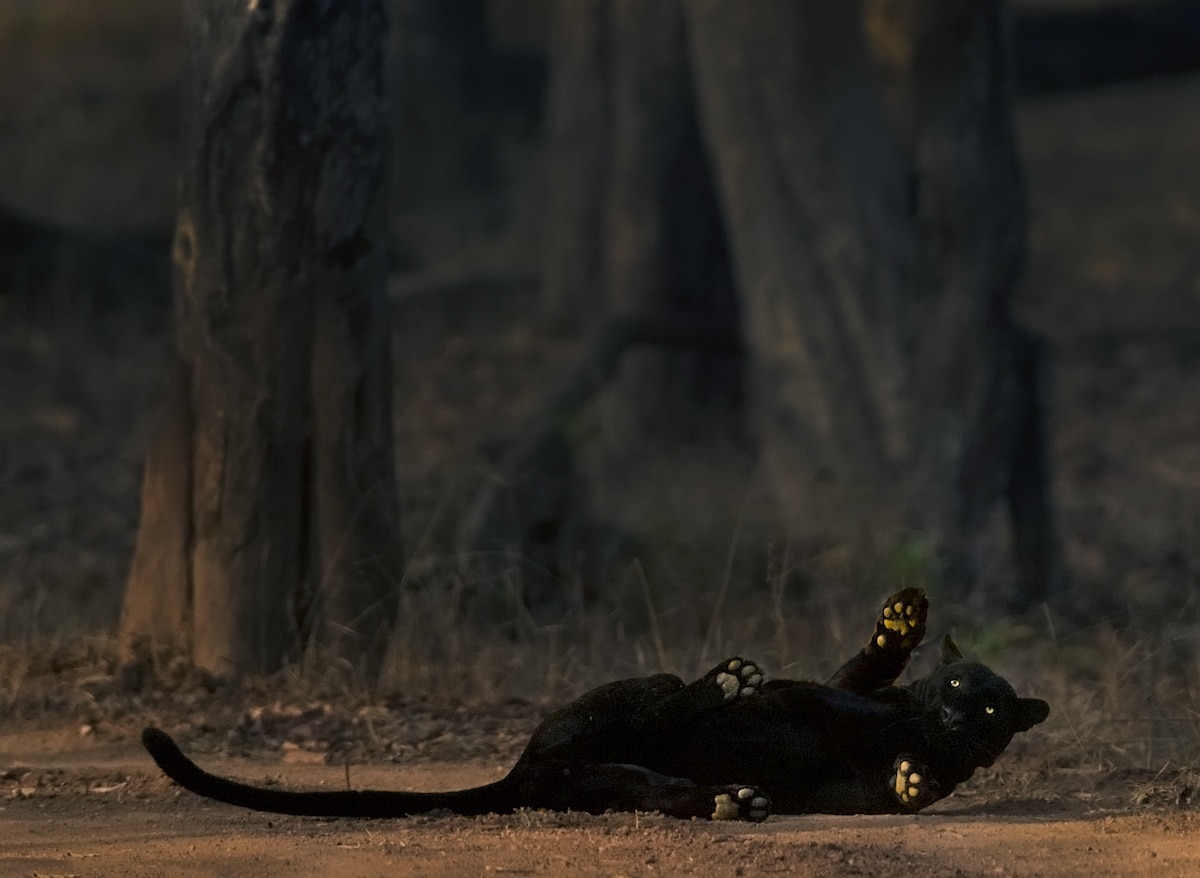 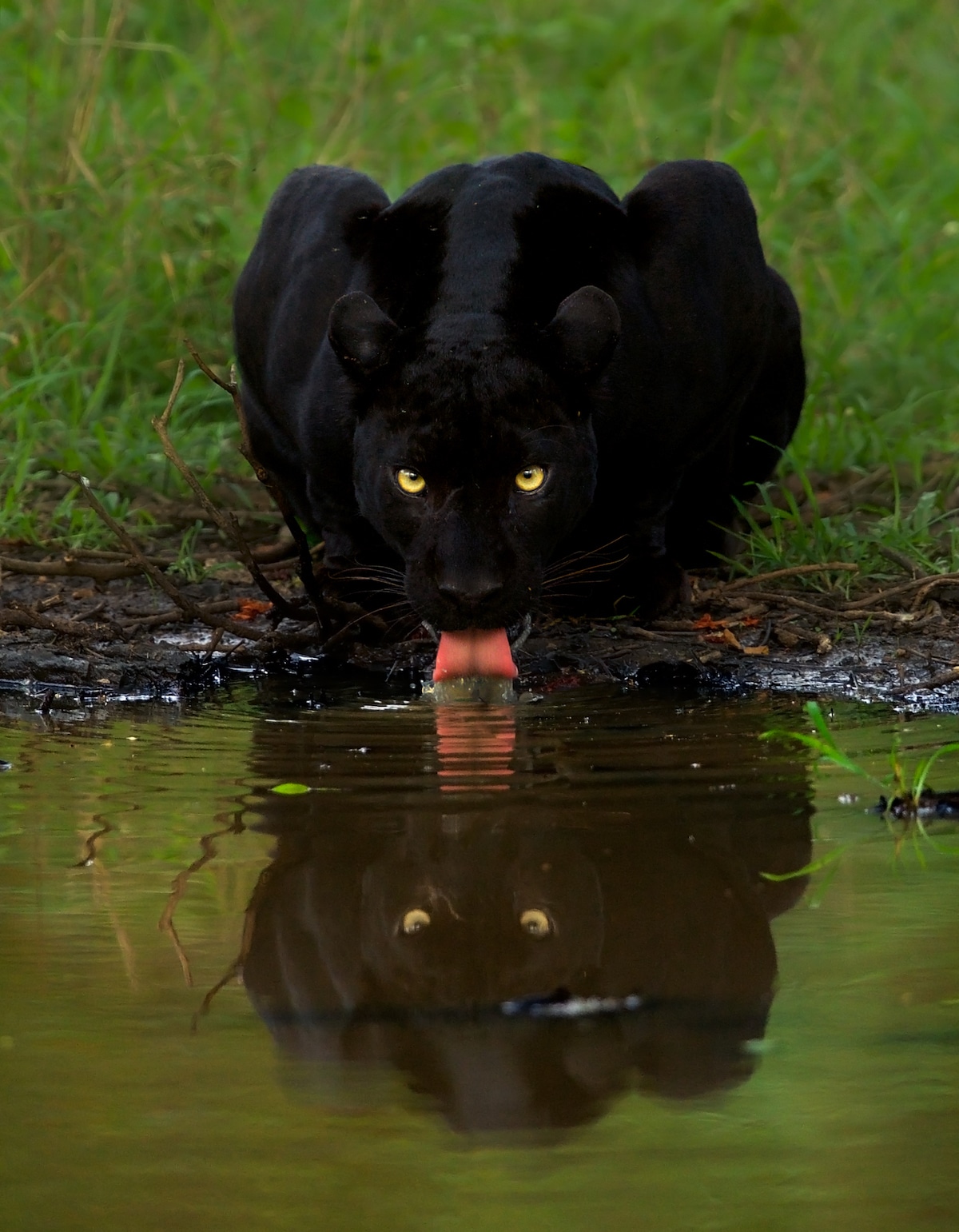