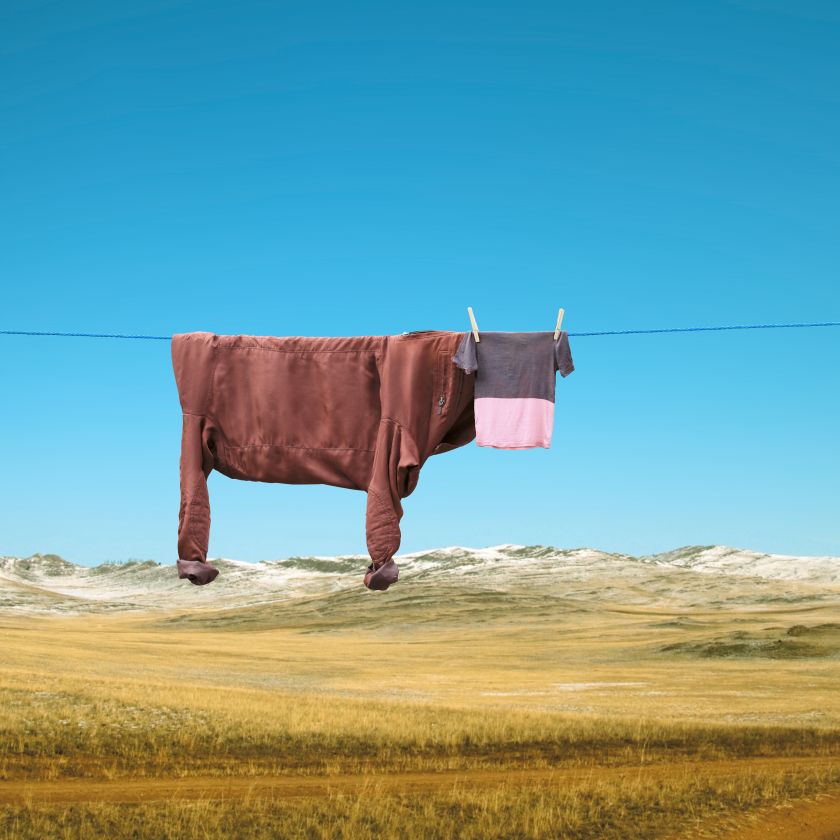 During a spot of laundry a few years back, London-based Russian-born artist got the idea for a unique series featuring clothes on a washing line cleverly staged as different animals. Thus began a viral account that gained thousands of fans and likes.

“I saw a sock on the floor next to some pegs and realised that it looked like a horse’s head,” she tells Creative Boom. “It took me a while to develop the idea further and work out how to make the horse’s body. I eventually swapped the sock for a pair of trousers as it was too small and not detailed enough for the horse.”

Since then, Helga has developed her Clothing Line Animals series, sharing her creations to popular acclaim on social media and selling prints via her . Described as Household Surrealism, the fun images playfully turn everyday objects upside down. We see a polar bear hanging against a snowy backdrop, a ‘Laundrosaurus’, “actually a manual on becoming a palaeontologist, ” and a brown dairy cow. Most recently, Helga created a hanging to represent peace between nations. It’s being sold as a print with all proceeds donated to charities working in Ukraine. 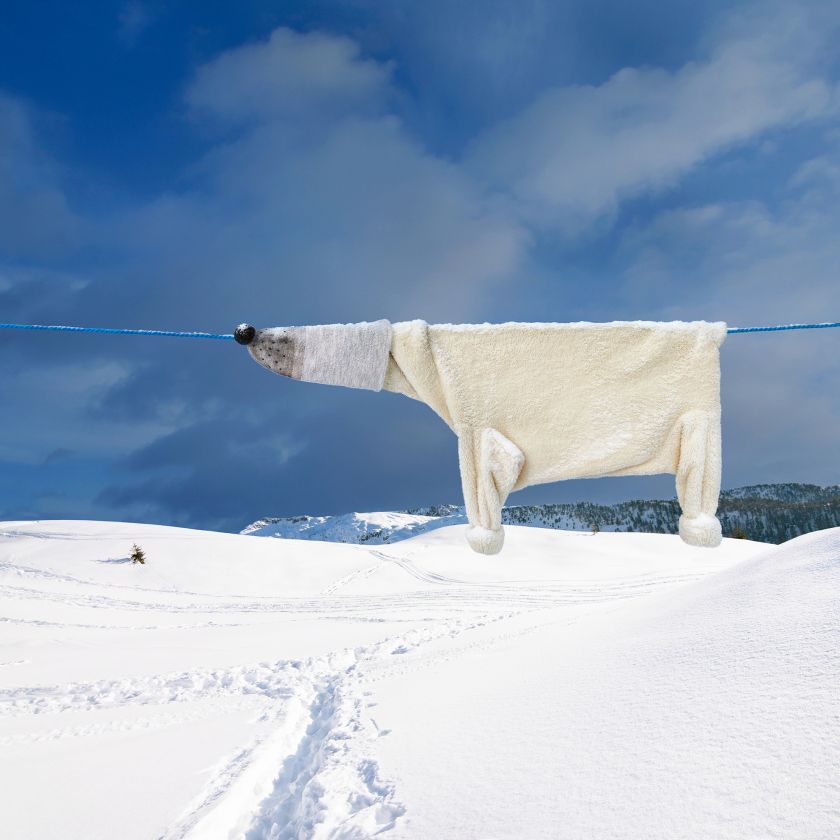 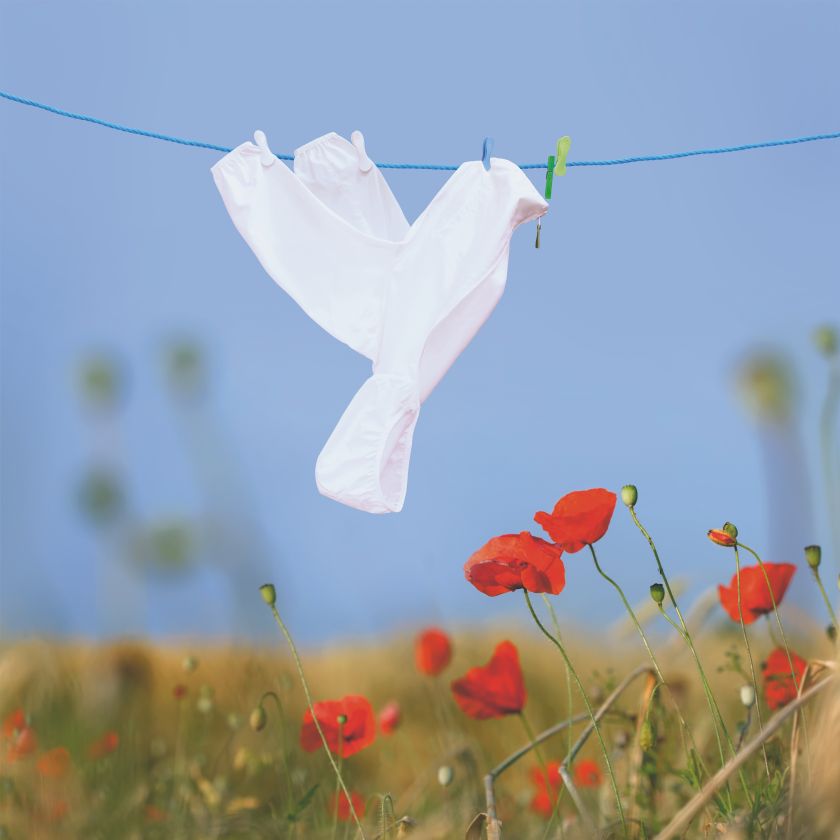 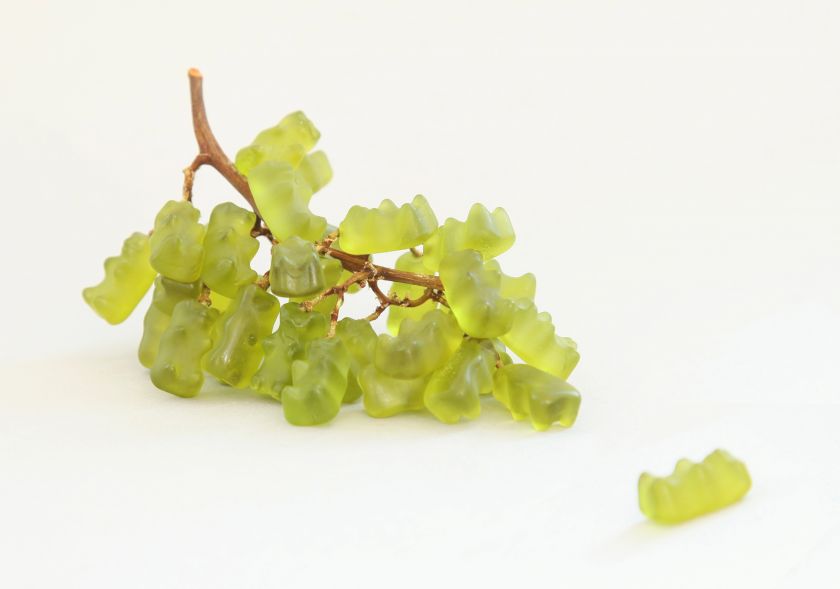 My Kind of Grapes © Helga Stentzel 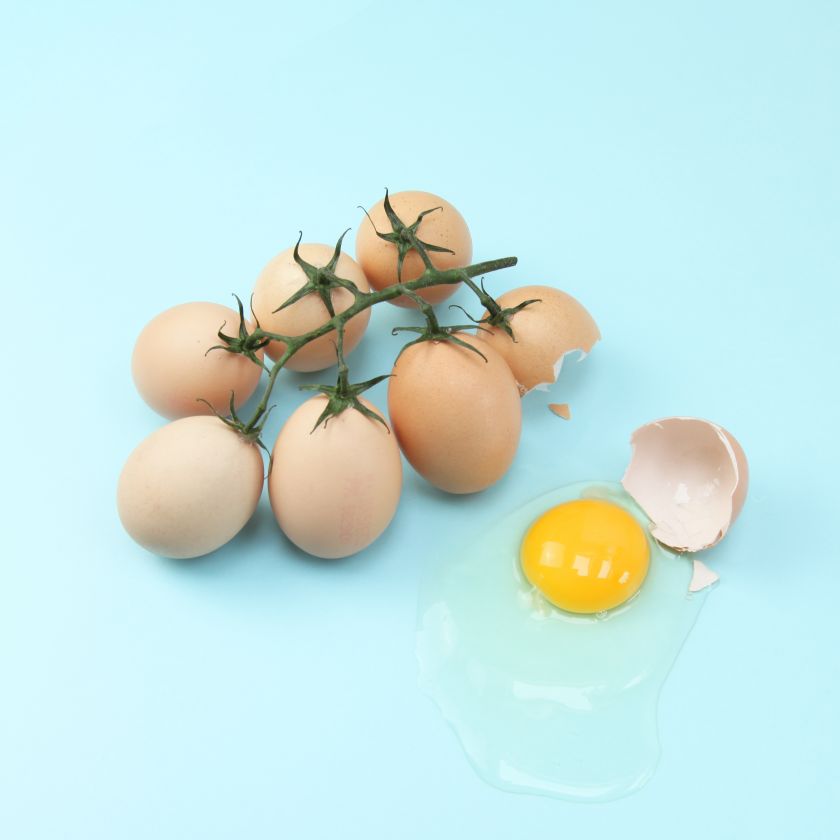 Working across a wide spectrum of media, including illustration, photography, video and stop motion animation, Helga won the award for Food Art Creator of the Year in 2020 and has since collaborated with the BBC, Honda and O2. A graduate of Central Saint Martins, she worked in the advertising industry and ran a children’s clothing business before becoming a full-time artist.

The Clothing Line Animals follows other popular works, such as Food For Thought, where Helga takes one type of edible treat and merges it with another object to make us double-take on each fine art photograph. Like a LEGO figure’s head becomes a piece of sweetcorn, or a dozen eggs suddenly have stems as found on tomatoes.

“I started doing creative photography on Instagram about six years ago. At first, it was quick little projects to do with children, but it turned into something a little bit more thought-through and adult-oriented,” she says. “I enjoy looking at everyday things like bread, cheese, or folds in the tablecloth. The fact that these objects are so recognisable and common makes me study them even more carefully. It is like a visual meditation for me.” 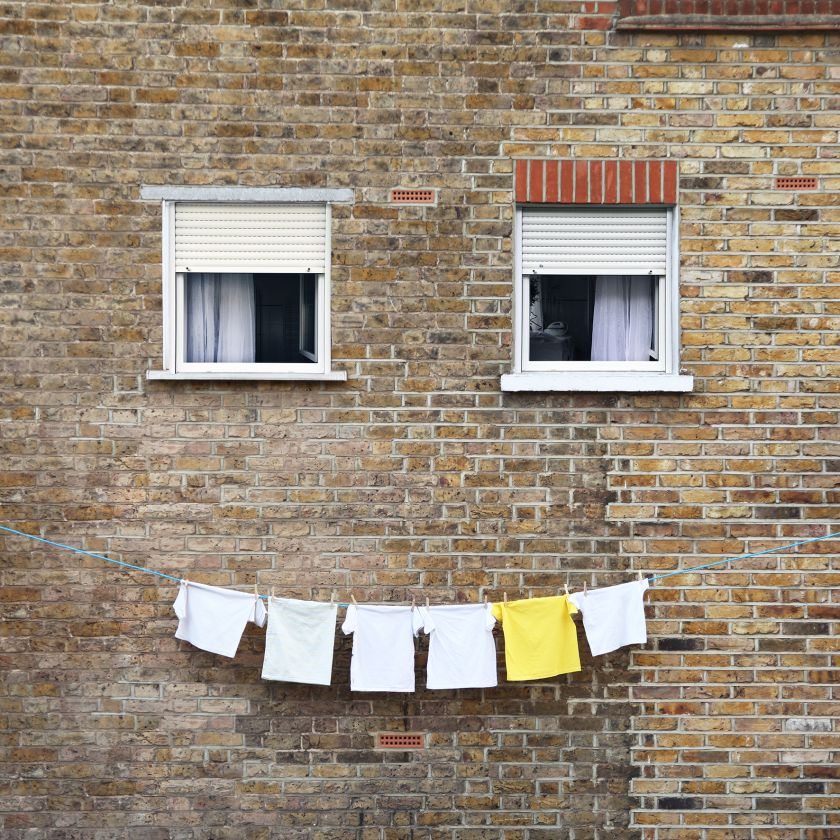 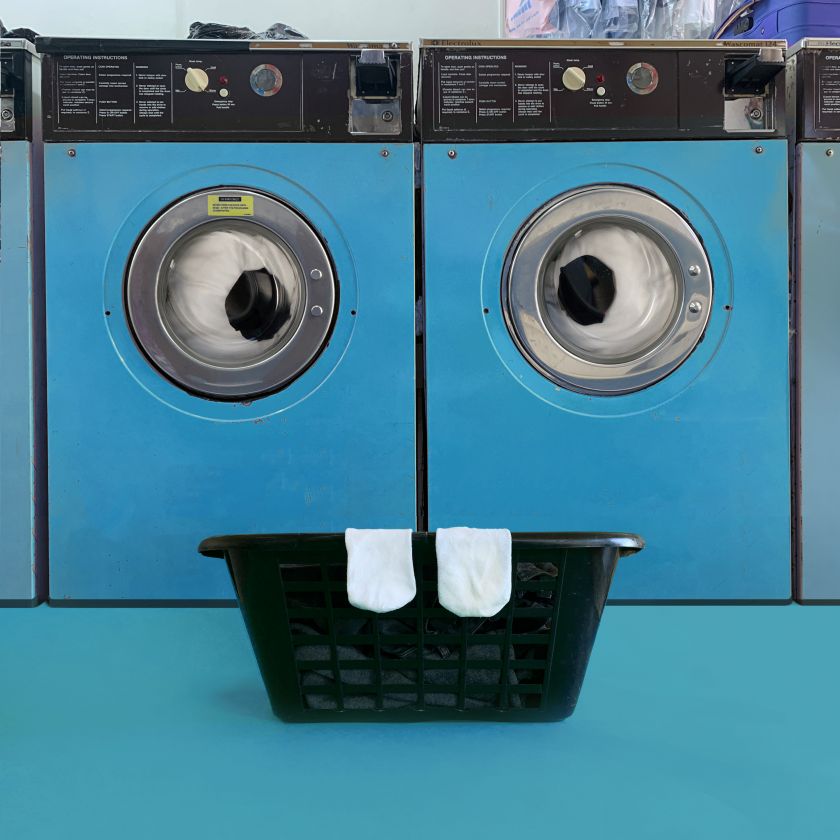 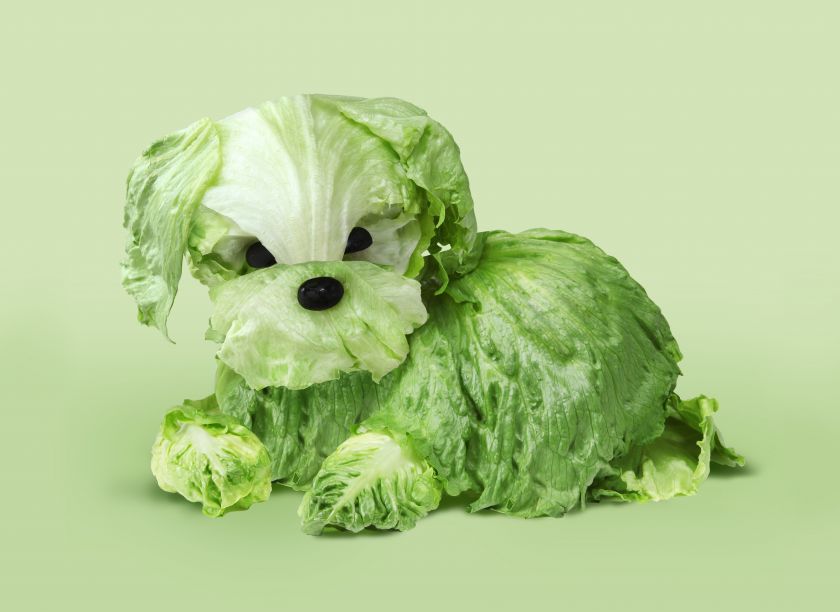 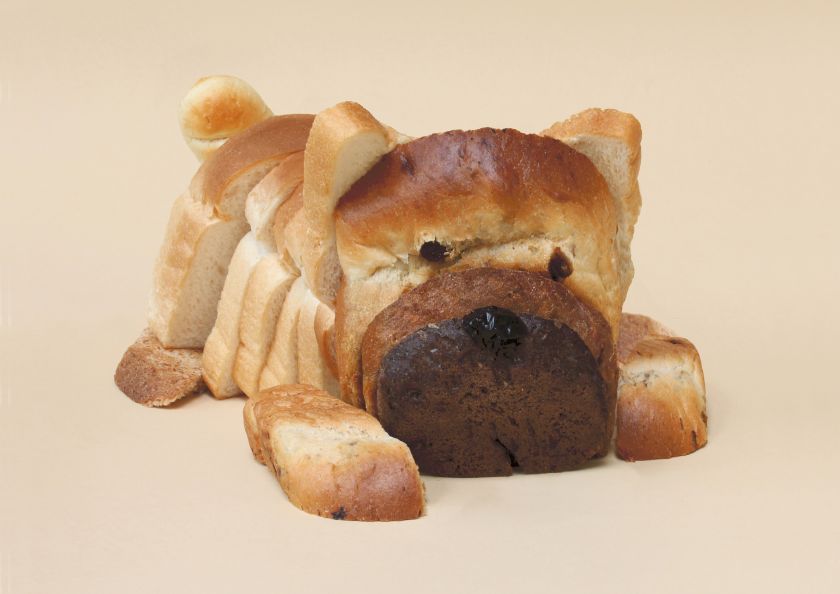 In other artworks, Helga has placed clothing lines below property windows to create a brick-walled character that sleepily smiles and a laundry basket with two hanging socks in front of two washing machines to create a goofy happy face. In Edible Creatures, we see a gorgeous little puppy made of lettuce and the “ultimate comfort dog” made of sliced bread, inspired by The Great British Bake-off and called Brad Pet, no less. “To me, Household Surrealism is about finding magic in the mundane, seeing beauty in imperfections, and connecting to our reality in a new way,” she explains.

“I love noticing playful similarities – be it a sweater on a clothing line looking like a horse or a slice of bread resembling a dog’s head. It’s only the starting point, though. From this moment onward, the stories and visuals start buzzing in my head: What will this horse look like? What’s her name and character? Does she like racing with other horses? The list goes on and on!”

As for the process, Helga likes to keep her edits to a minimum and invest more time making quality props instead. “I once glued 52 gummy bears to a vine for one of my artworks,” she explains. “About a year ago, I also hand-painted and embroidered a hat for a polar bear in another piece. The bear itself was shot in Russia at -32C, and it was an unforgettable experience that put my stamina and photographic equipment to the test.” 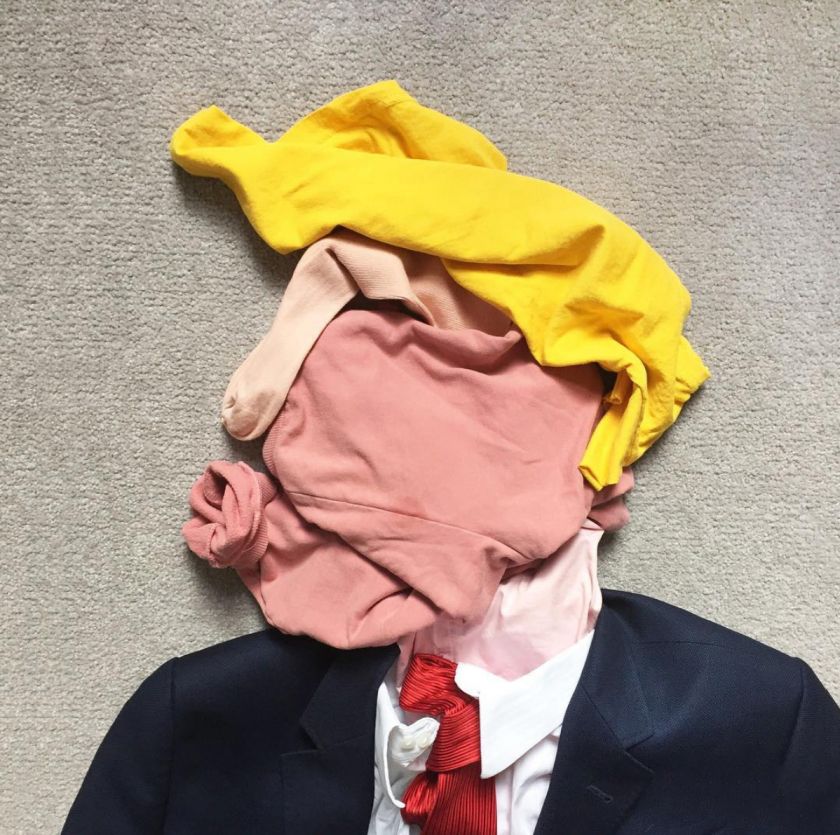