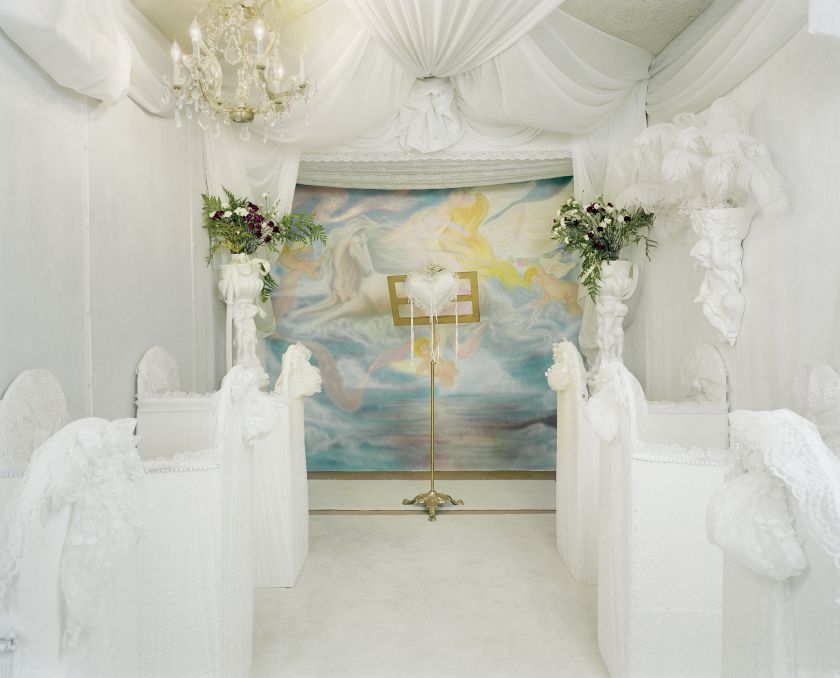 Photographer was in the midst of one of her projects in the American West when Covid-19 struck, sending her back home to London. Like the rest of us in lockdown, Jane wondered what to do next. She decided to revisit her images of vacant wedding chapels in Las Vegas, shot in the ’90s when the wedding industry was booming.

The series, For Better or for Worse, is to go on show at in St Leonards-on-Sea from 21 June until 31 July, and responds to the global pandemic and its ongoing impact. Of course, one of the first activities to go when we had to socially distance was weddings. No longer could you be with 150 people in a room, let alone hug, kiss or get sweaty on the dance floor, celebrating the happy couple’s big day.

“This show feels appropriate right now”, says Hilton, by way of explanation. She was in Las Vegas, photographing over 100 couples who were tying the knot and was fascinated by the stand-alone chapels inside some of the casinos that existed downtown on the strip. “When I photographed these wedding chapels in the ’90s, the industry was booming,” she says. “I was excited by how kitsch the chapel interiors were and how they epitomised a sense of fun and amusement in this McDonald’s style wedding culture.” 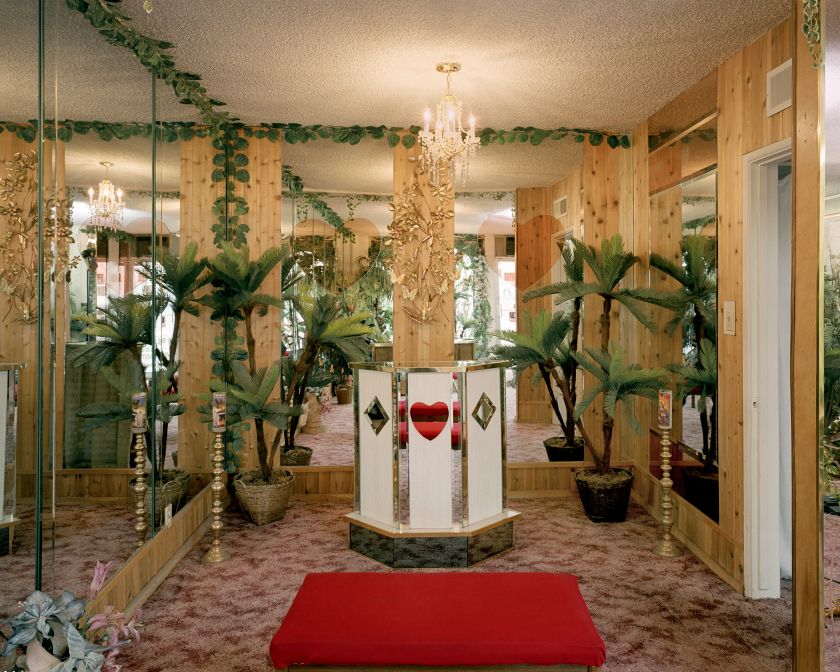 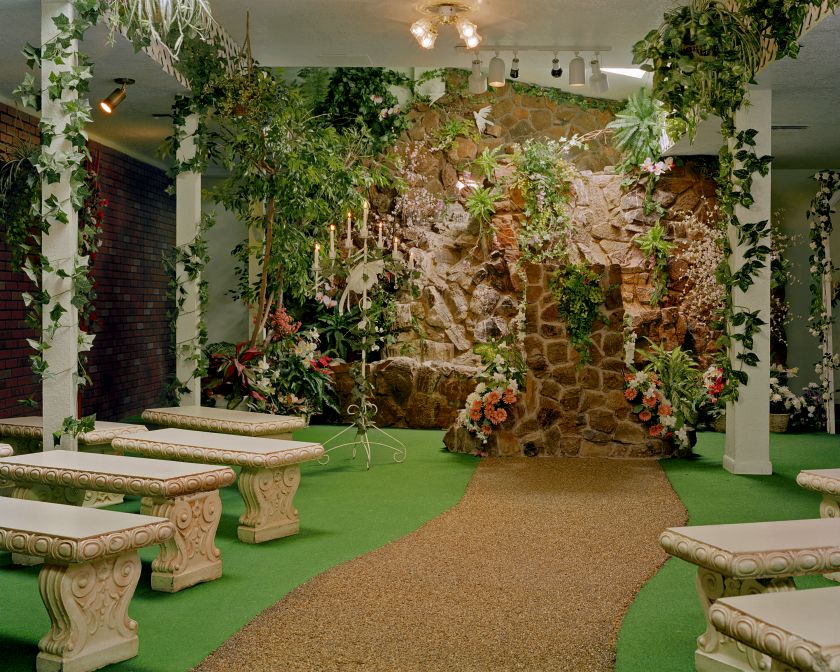 The cinematic, haunting images were taken on a plate camera and to Hilton, the altars “encapsulate the exuberance of that era and the melancholia of the present”. Visitors to the show will be confronted with an arresting quartet of large-scale photographs. “As well as yearning for the past and a questioning of the future, they feel slightly eerie, with a certain tension, disquietude and resounding silence. A reflection of the last eighteen months driven by anxiety,” adds Hilton.

Solaris’ gallerist and curator Alexandra Drawbridge believes that the vacant altars are powerful, especially now. Hilton expresses that to her, the photographs represent a nostalgia and a yearning for a time before the existential crises of 9:11, the financial crash of 2008, Brexit and our current situation.

“American Culture has been through a massive lobectomy in the last few years and the American Dream is fighting for survival,” says Hilton. “With massive corporations having more power than the President, the fallout in communities resonates. Standing in front of these altars looking at the heart of this culture, becomes more provocative.”

For Better or for Worse by Jane Hilton goes on show at in St Leonards-on-Sea from 21 June until 31 July 2021. 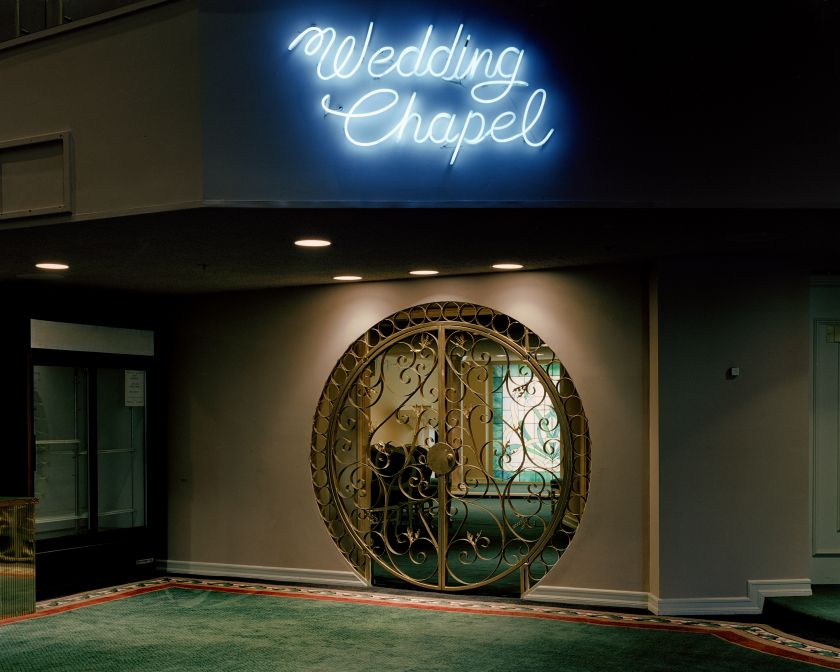