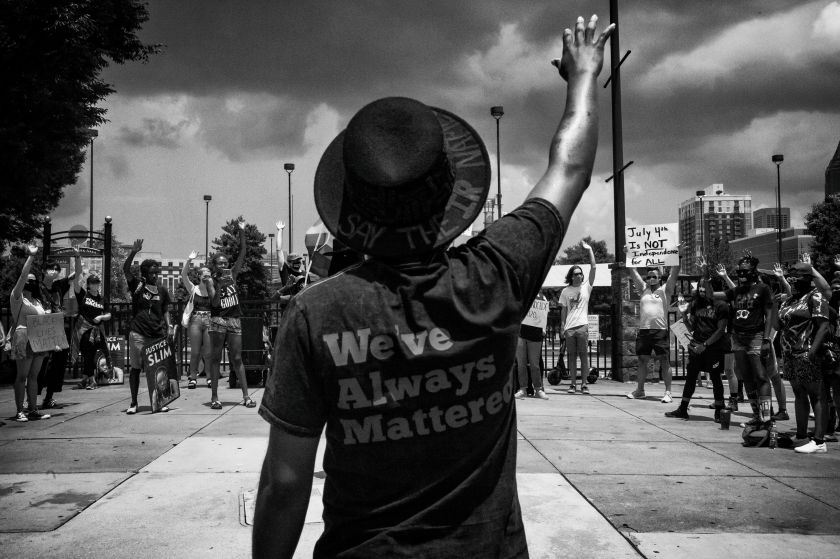 In a new exhibition at London’s Saatchi Gallery, 40 leading American photographers and over 120 works explore decades of social change in the United States, from the 1960s right through to today. Titled America in Crisis, it’s based on a ground-breaking initiative originally conceived in 1969 to assess the state of the nation.

In 1970, Charles Harbutt said of the original project: “Several of us felt that the 1968 elections would be somehow special; that deeper questions for America were riding on than just electing a president. I felt that the basic issue was that the traditional American self-image as learned through public schools, Hollywood movies, ads and Fourth of July speeches – the American Dream itself – was being challenged.”

The group project turned a critical eye on the U.S at a time of great social, political and cultural change and examined key events in 1968 leading up to Nixon’s inauguration. The 2022 exhibition at Saatchi hopes to create a dialogue between the original historical photographs from the 1969 Magnum project and new works produced five decades later during yet another tumultuous time in America. 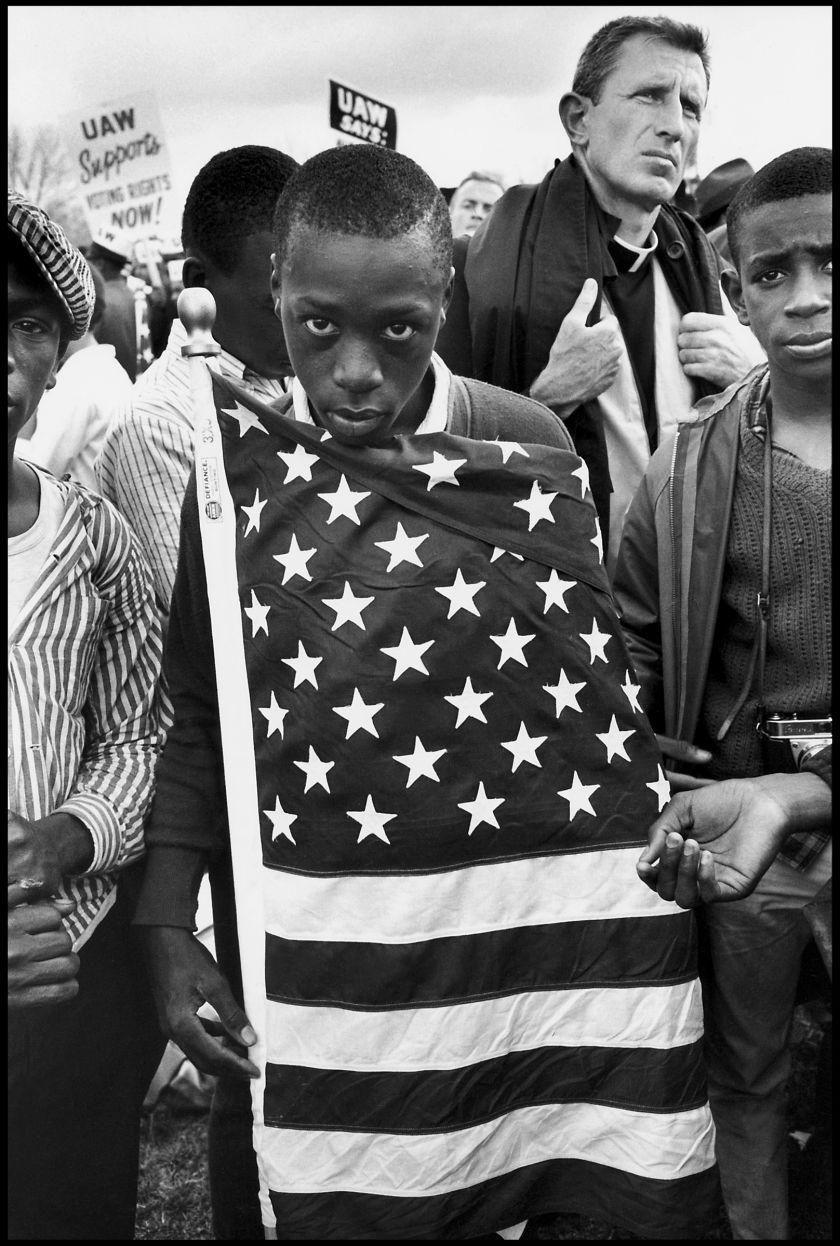 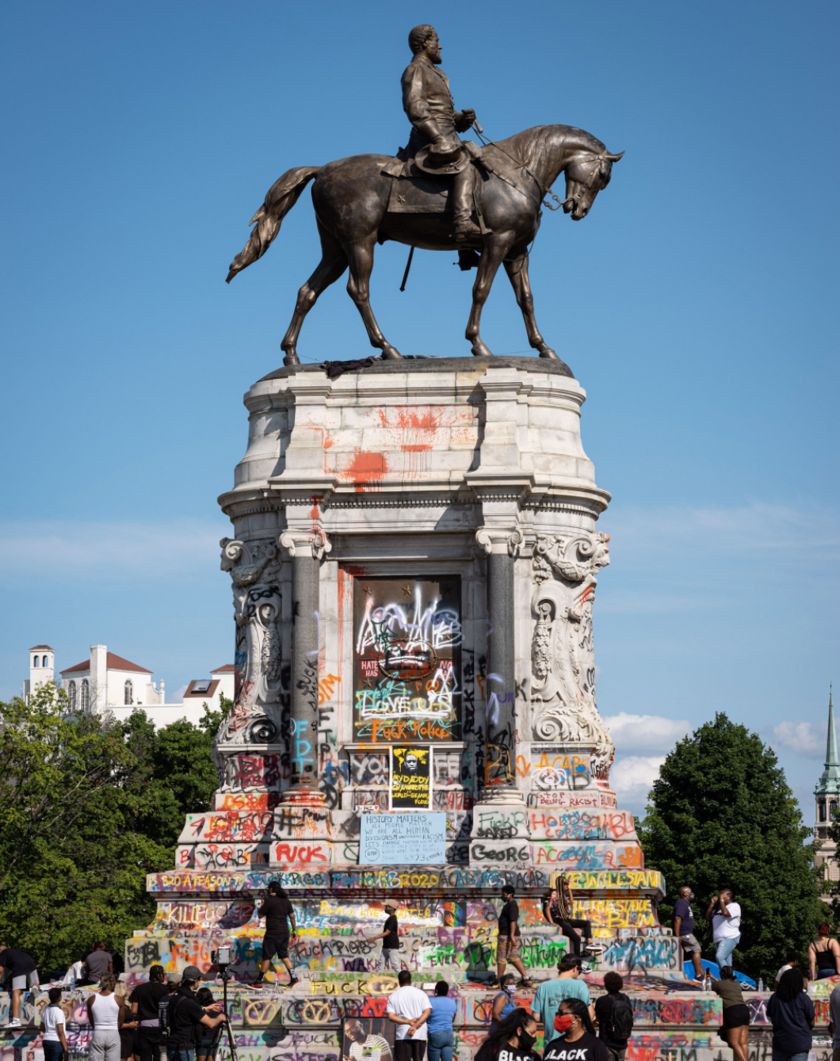 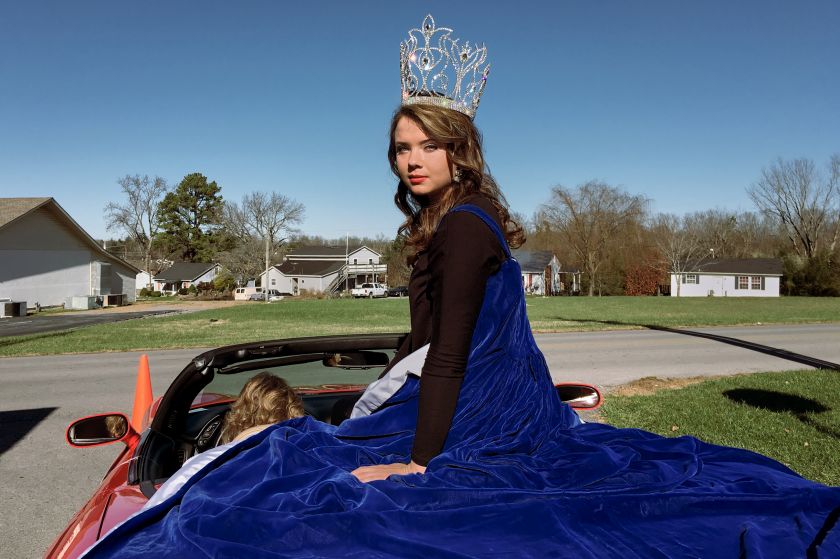 The show comes at a pivotal moment in history as the rise of “fake news” in recent years makes the role of photography as a means to “bear witness” more relevant than ever before. America in Crisis explores the similarities and differences between two eras in recent American history through the photographs produced during each pivotal period. Here, you’ll see the spotlight shone on deeply rooted national debates concerning gun control and racial inequality, as well as topics of global impact such as the digital revolution and the climate crisis.

Revisiting and updating this exhibition also creates a unique dialogue between leading photographers from 1968, such as Bruce Davidson, Elliott Erwitt and Mary Ellen Mark, and the works of 2020 contemporaries, such as Kris Graves, Balazs Gardi, Zora J Murff, Sheila Pree Bright and Stacy Kranitz. The exhibition highlights the themes present in both eras, confronting the myth of American exceptionalism with the reality of current events.

Like Harbutt’s original concept, the 2022 exhibition follows the same chapter structure in the 1969 publication. Section titles such as The Streak of Violence, The Deep Roots of Poverty and The Battle for Equality carry contemporary resonance. Of course, bringing together these two eras of documentary photography also provides an opportunity to consider the shifts in documentary photography over six decades. 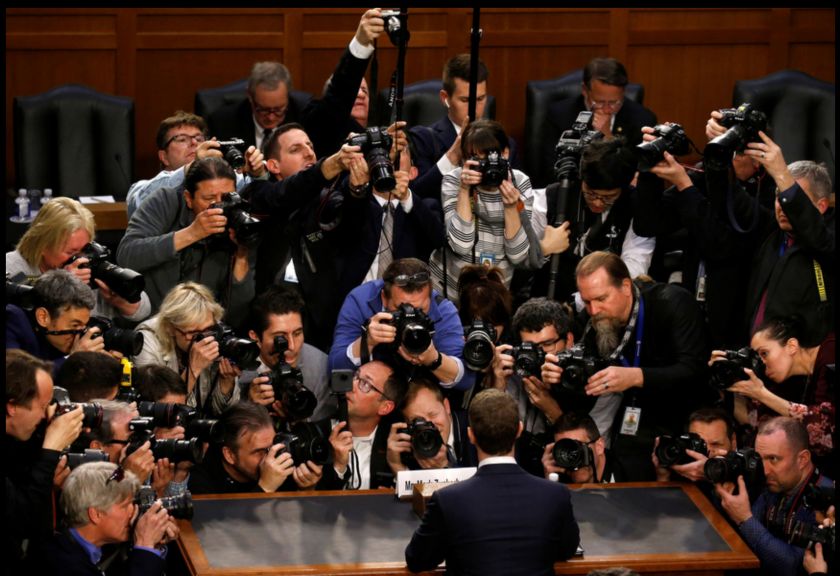 Facebook CEO Mark Zuckerberg testifying before a joint Senate Judiciary Committee and Commerce Committees hearing regarding the company’s use and protection of user data, on Capitol Hill in Washington, U.S., April 10, 2018. Reuters/Leah Millis 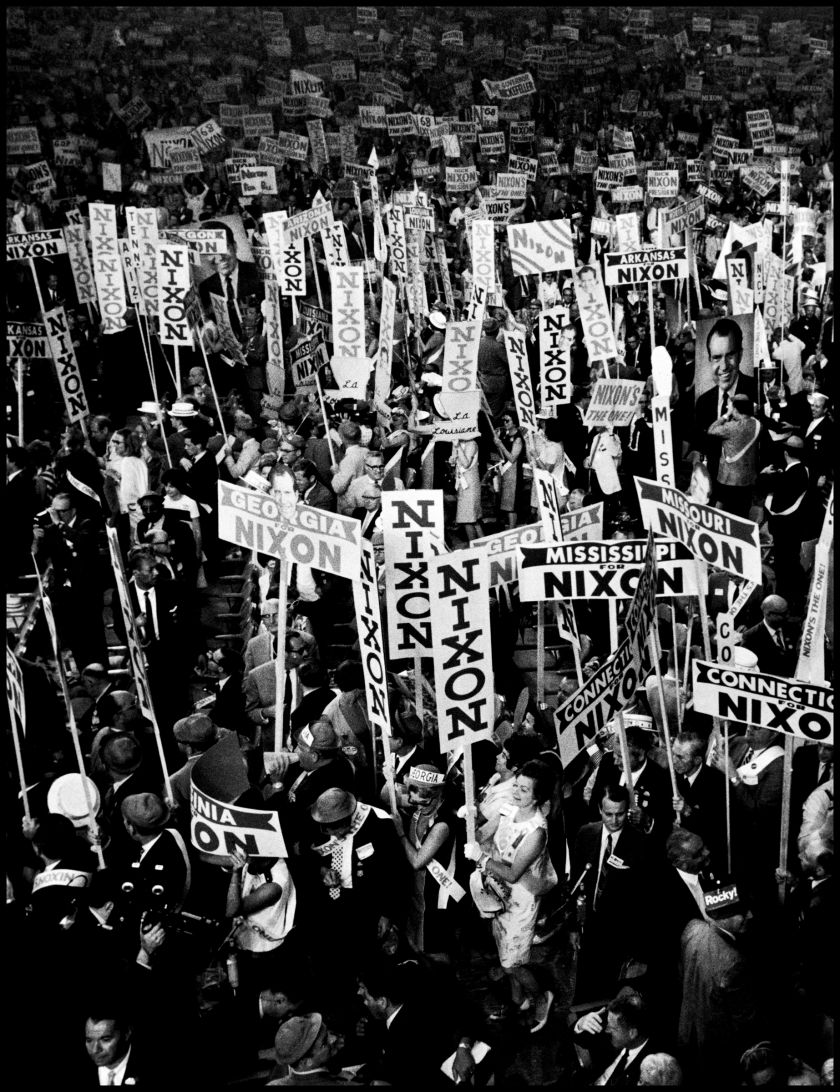 Of the work on display, photographer Zora J Murff says: “What I felt about the perpetration of American anti-Black violence in 2020 was no different from how I felt about it before, and my opinions remain unchanged. The recorded deaths of Black people at the hands of white people that we have seen these last two years are nothing new in this country.

“Such recordings continue to serve as spectacles for consumption in the court of public opinion while the conditions under which Black people suffer remain unchanged. I understand photography as an inherently social act, which means that the objects created from the action always carry existential implications. I use photography to undermine systemic racism by encouraging a deeper reading of images and the contexts that surround them.” 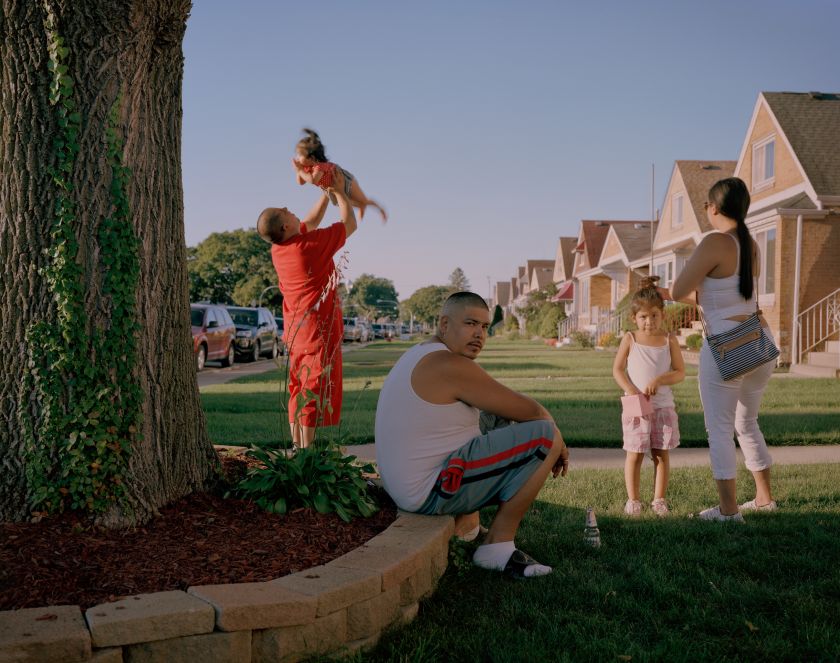 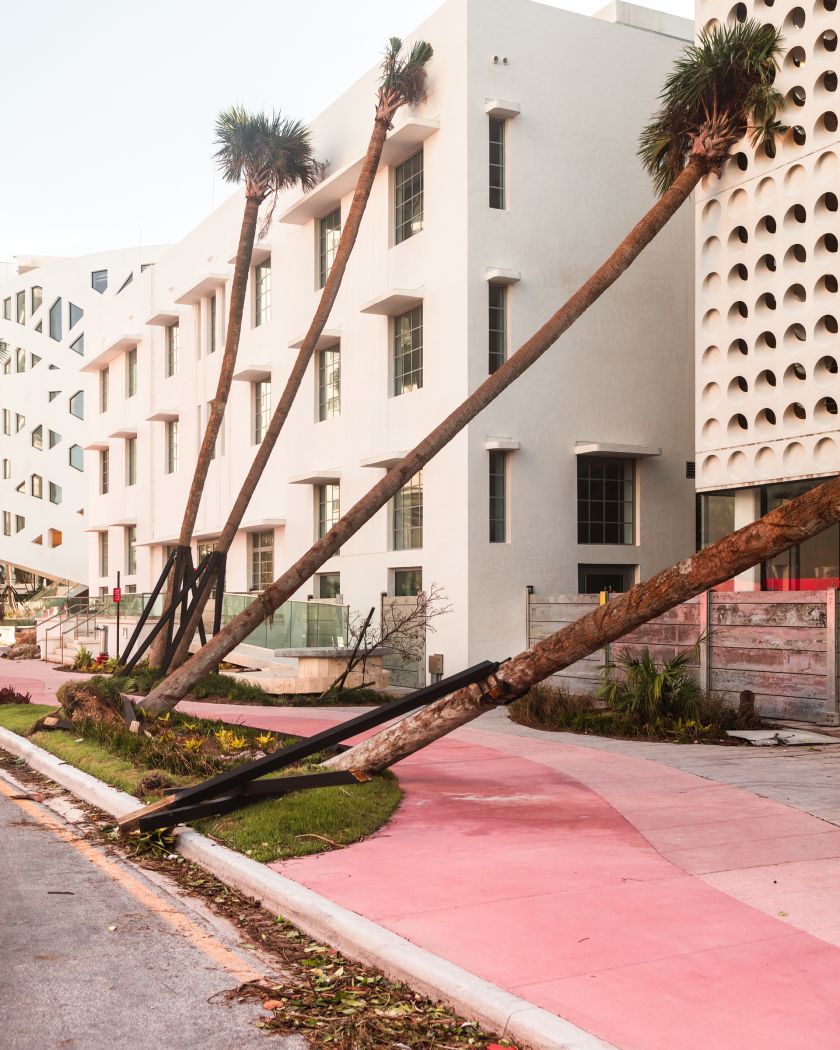 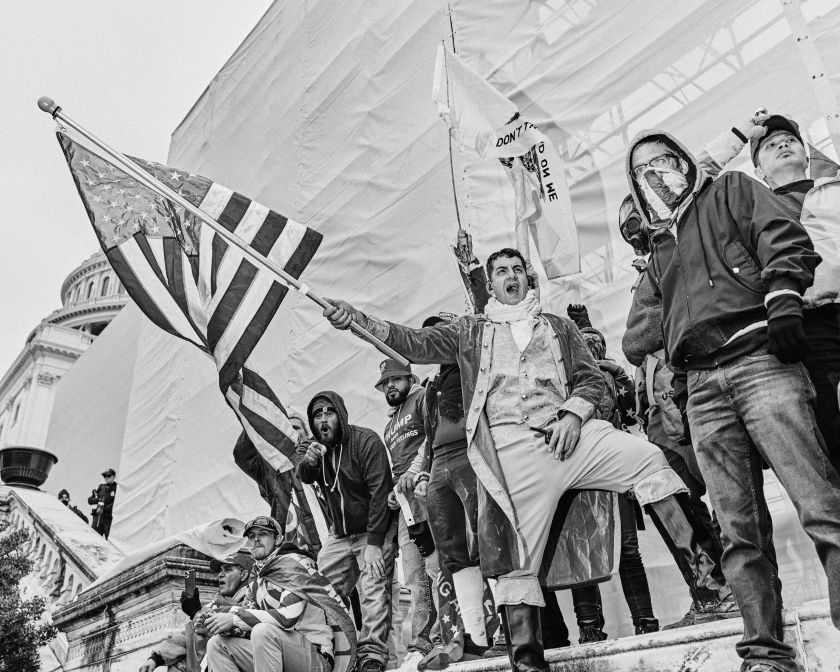 Leah Millis, another featured photographer, adds: “I think a crisis to me implies a singular event or sliver in time, and I feel that 2020 was a continuation. It was an expression of pain from wounds that have been festering in America since the founding of our country. Crisis doesn’t give enough breadth to the moment. It almost gives the impression that we’re weathering the storm. I have been out in the middle of it for the last few years, which probably colours my view, but I feel this goes much deeper.

“Journalism is what truly matters to me, and photography is the medium I use to tell stories, to show people what is going on. Diversity is critical in that context. Who is the person behind the lens? We’re all individuals, and we all work to be fair journalists, but we do all bring our perspectives and experiences. That really matters.”

America in Crisis is currently on show at Saatchi Gallery in London until 3 April 2022. Curated by Sophie Wright, Gregory Harris from Atlanta’s High Museum of Art, and LA-based photographer and academic Tara Pixley. 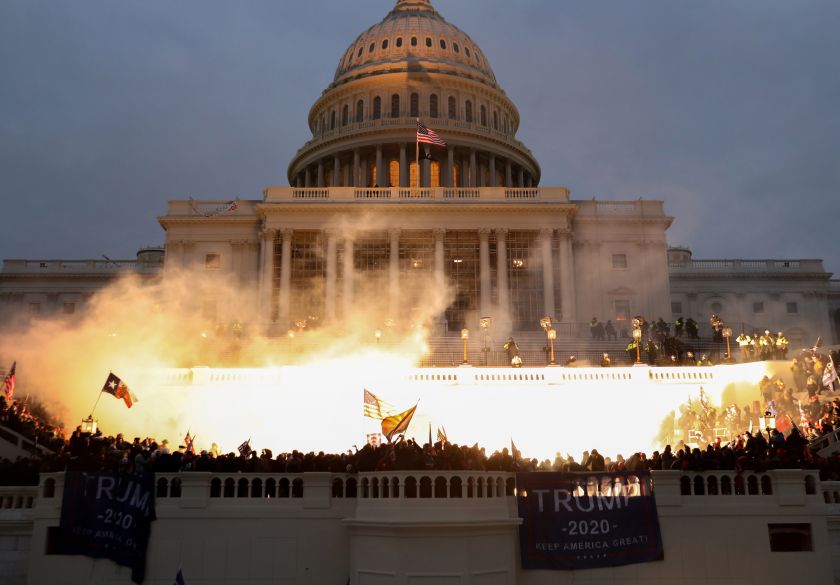