I don’t what it is about flying, but it always seems to bring out the worst in people – and it’s mostly the flight attendants and pilots that get to deal with them. And some of them have had just about enough of the passengers’ nonsense.

A few day ago, one Reddit user pilots and flight attendants to share some things that passengers do that annoy them the most, and received hundreds of answers that will make you blood boil with anger. From inappropriate jokes to just being plain rude, read the stories about passengers from hell shared by the aircrew below! 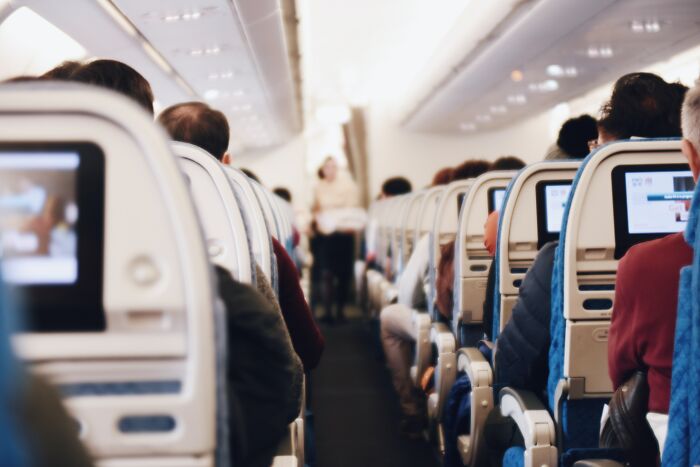 Poking or grabbing at me to get my attention!! And it’s usually on my ass as it’s eye level with most people haha. But for real DON’T poke people! Especially if I am speaking to another passenger. I can see you waving at me I’m not going to interrupt my assisting someone else because you want me to take your trash, just give me a second and I’ll come to you next. I promise can hear you if you say “excuse me!” Or “Miss!” Or even wave a little in my direction. There’s just no need to touch people or grab at them.

Once I was so irritated at someone’s incessant poking, I turned, looked them in the eye and poke poke poked them right back and said, “what do you need.” 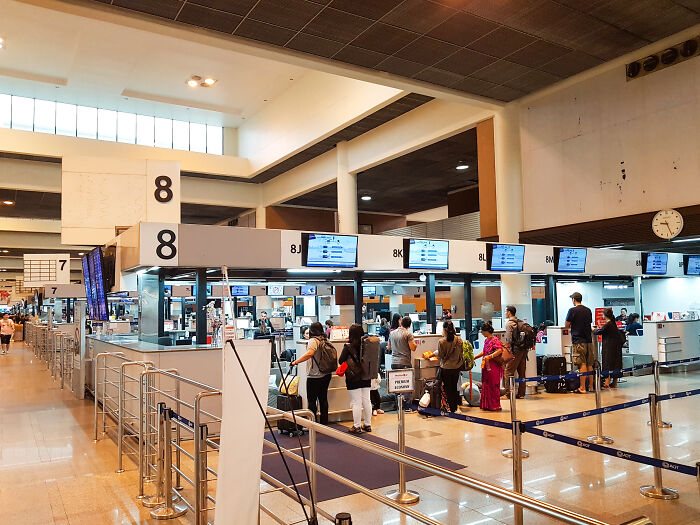 My wife works at ticket desk for Large Airline. The stories I have….which honestly anyone who’s worked any type of customer service knows what’s up.

My personal favorite. College athlete showed up late to flight, told couldn’t board, yelling, screaming and cursing all employees. Bringing her race up as reason they aren’t letting her on….you know the works. The competition she missed the flight to was Olympic tryouts. How late was she you ask? She showed up two hours after the flight left 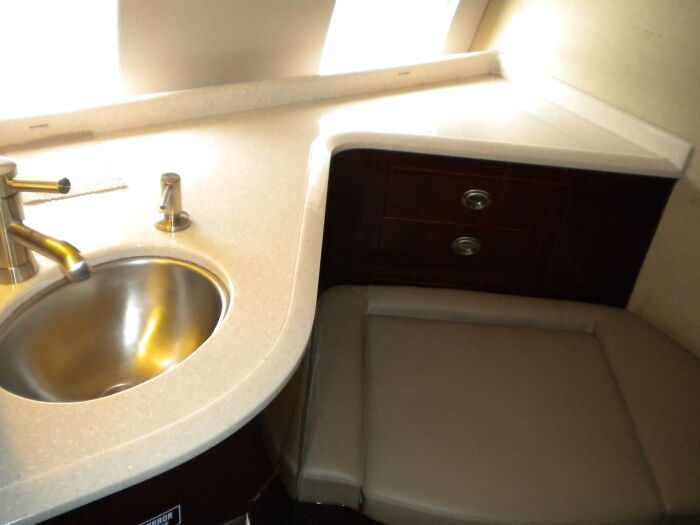 Walking throughout the aircraft barefoot. Especially into the toilets… Those floors are not as clean as you think they are! 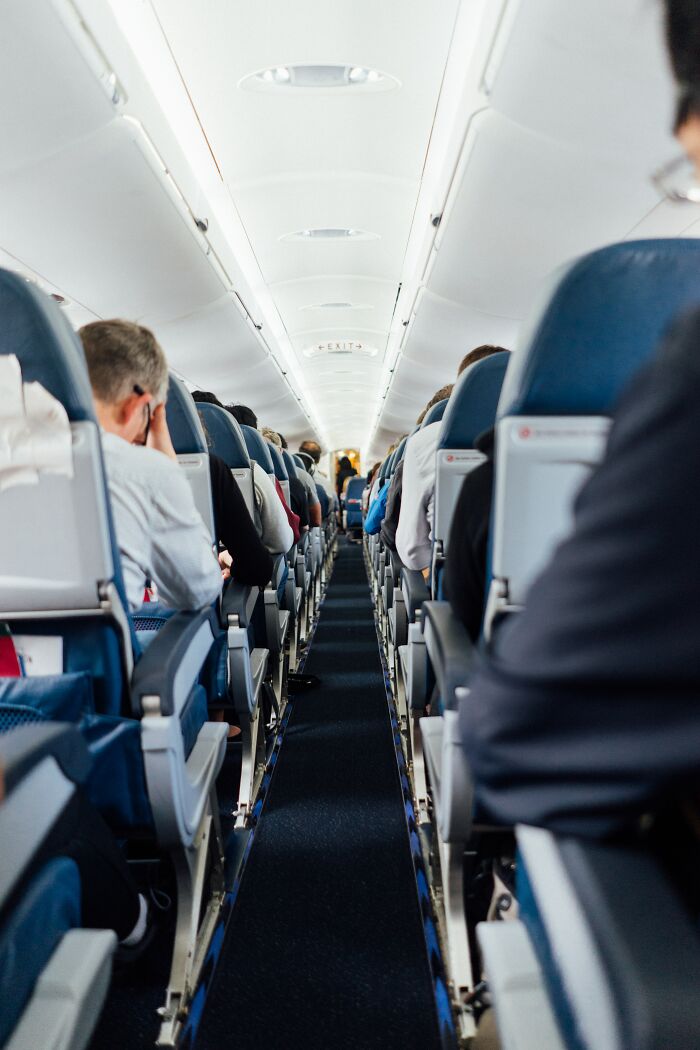 Parents that don’t watch their kids during the flight. The aircraft isn’t childproof and there’s a surprising amount of things they can injure themselves on. 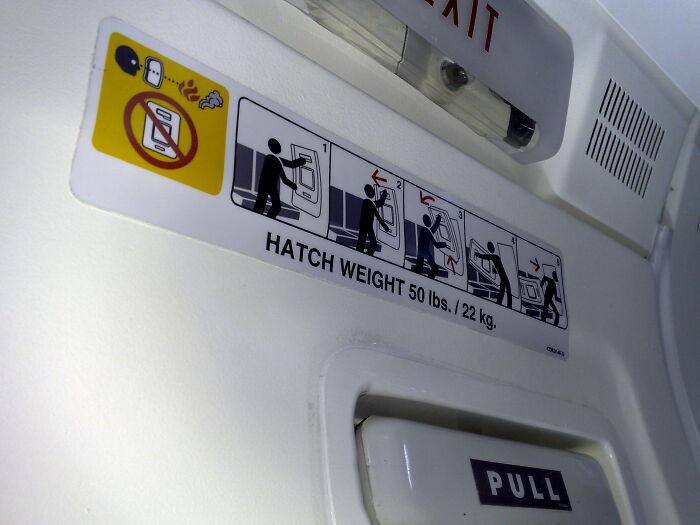 I’d say one of the most irritating and annoying thing is when people ignore or fight our instructions concerning safety regulations. I do not enjoy telling you that you can’t have your bag in an exit row, that you need to put your important laptop away for takeoff and landing and that you should stay seated when the seatbeltsign is on. And no it is not negotiable. No reason to get insulting or treat us like shit. 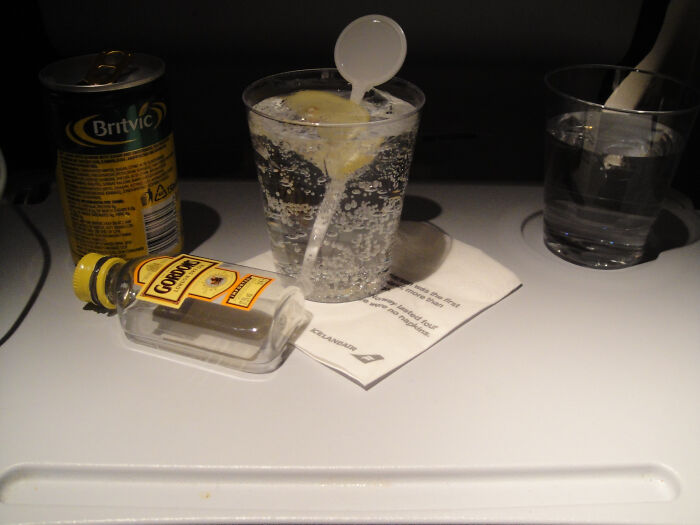 Stop expecting free alcohol because you handed me a three dollar bag of candy you bought in the airport. I’m a grown a** man. You didn’t make my day by giving me a Hershey’s kiss. Slip me a twenty instead. I’ll give you an open bar the rest of the flight. 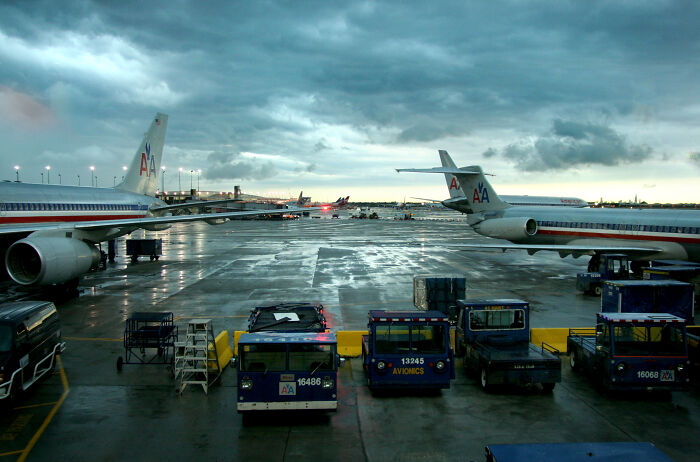 My worst experiences with customers is when the weather is bad and we have to either wait or make a no go decision. My personal favorite is the guy who screamed at me while I was in the terminal getting coffee because his flight wasn’t leaving on time. The whole north east was shut down for thunderstorms and low ceilings, but his iPhone said it was ok for us to go so he had to tell me how bad I am at my job. 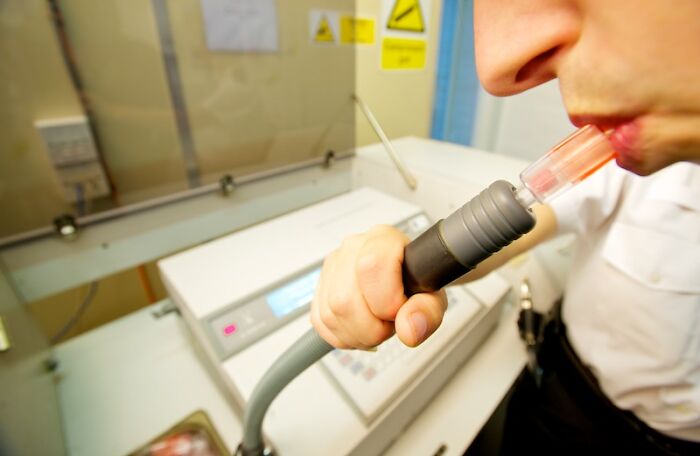 Don’t ask if we were out late last night drinking. You may say it as a joke and think it’s funny but we have to take those comments seriously. There is a chance that comment will force the pilots to go take a breathalyzer and your flight may be delayed or canceled. If you honestly smell booze speak up. If not it’s not funny and keep your mouth shut. 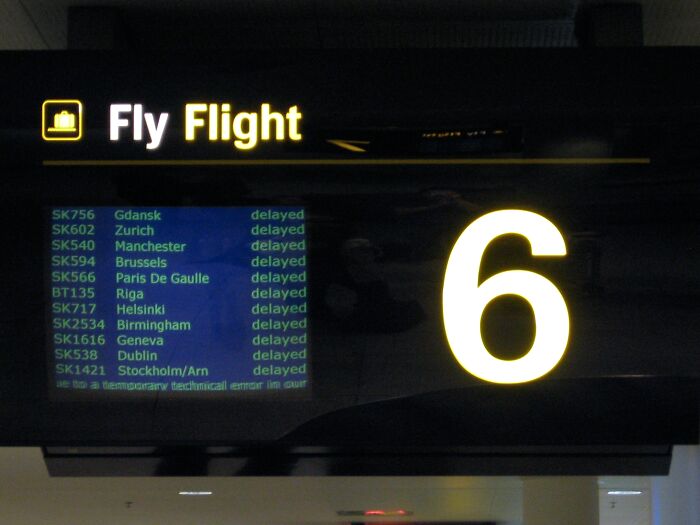 Check-in Agent here. When the plane is delayed or there’s a cancellation and passengers blame us! Honestly there’s nothing more we want than getting you on the plane to your holiday or back home but if there’s something physically wrong with the plane we will not risk everyone’s lives. Shouting, screaming and cursing at us won’t change the fact that the plane is still broken!!!!! 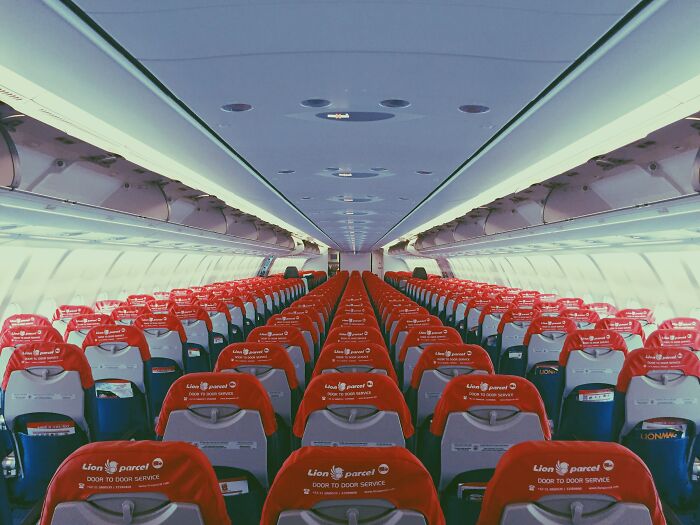 If you are nice I am happy to walk the extra mile for you. Having a free seat next to you, a drink i don’t have in my cart atm, extra snacks etc. But being an a** for things i can’t change won’t help anyone. Yes i do see you are flying with an infant and i would love to give you a whole seatrow but the flight is fully booked. You have a certain allergy and can’t eat any of the foods offered and have not ordered a special meal before flight? We have only the foods on board which were loaded and i can’t create or order any mid-flight. 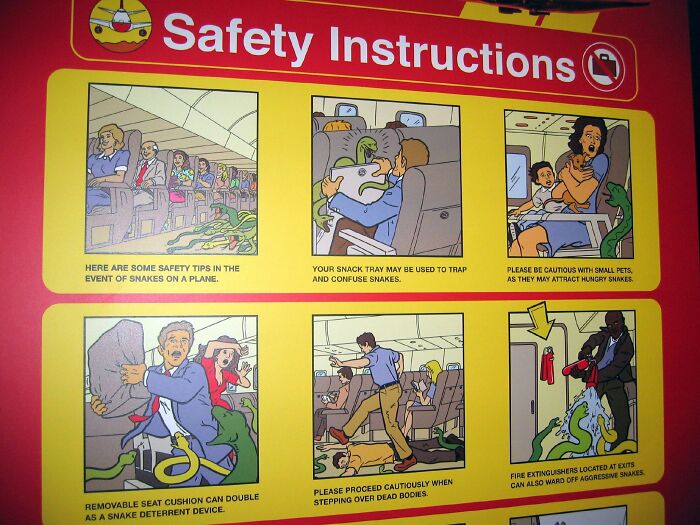 Poor hygiene/inappropriately dressed/exposed feet/etc. Aside from being disgusting, you should always “dress to egress” as we are taught in pilot training. Good luck making your way through a burning airplane, down a slide, and wading through leaking fuel and hydraulic fluid in your crocs, basketball shorts and Hawaiian t-shirt. Stick to close-toed shoes to protect your feet, and non-synthetic clothing that at least covers your legs completely. Synthetic material melts when heated; non-synthetic will just burn. Your skin hates both, but will prefer the latter. 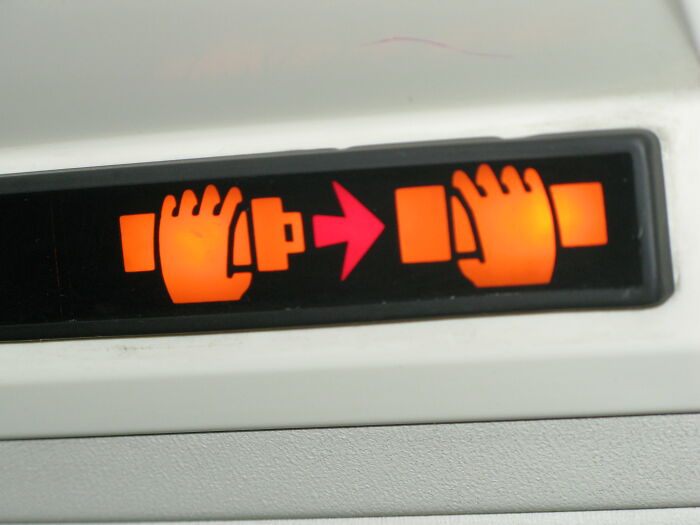 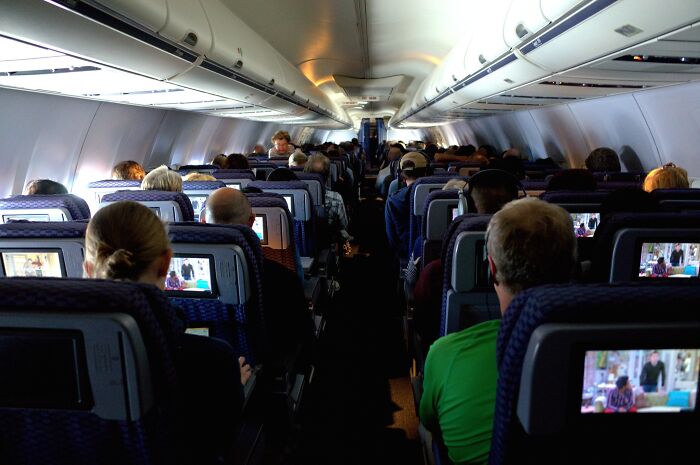 leaving a ridiculous amount of garbage behind. Last week I had a grown ass couple spit huge globs of gum onto the floor and then step on it to try to rub it in. Like seriously? Why? And getting up to use the bathroom when we’re already descending. 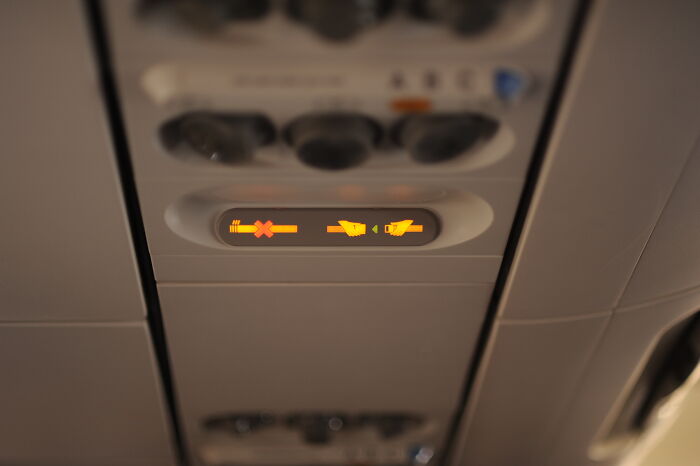 (Military pilot) They always ignore instructions! Just do what I’ve politely asked of you, it’s almost certainly for your own safety! 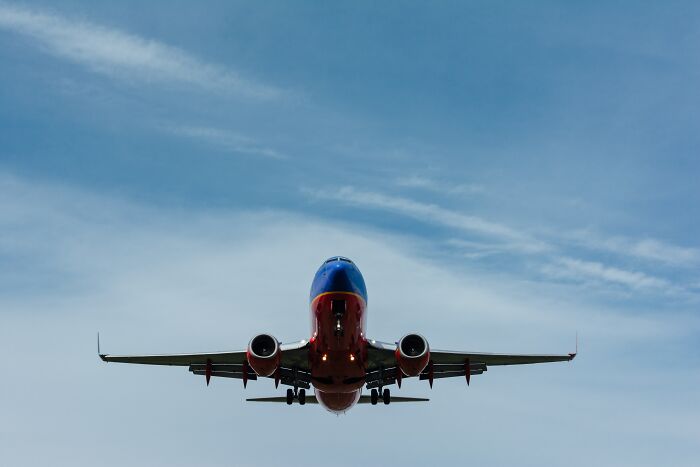 As a former FA-

Don’t have sex in the bathrooms y’all. No, you aren’t being very quiet and yes we will know and depending on the airline policy we’ll also have to politely ask you to knock it off and keep it in your pants.

Not to mention the obvious – airplane lavs are ridiculously tiny, to the point where once on one long haul we had to make an emergency landing because a large couple couldn’t get out of the lav they had shoved themselves into once they were done.

I’ll add that this is THE grossest place to possibly want to do the deed, as lavs NEVER GET DEEP-CLEANED, EVER (between same-day legs)

Ugh, and please don’t jerk your partner off while you’re both in your seats, with OUR COMPLEMENTARY BLANKET(!!!).

I know what your hand motions mean and I will have to come over and shut it down, especially because in most cases there are families with kids sitting behind or near you. 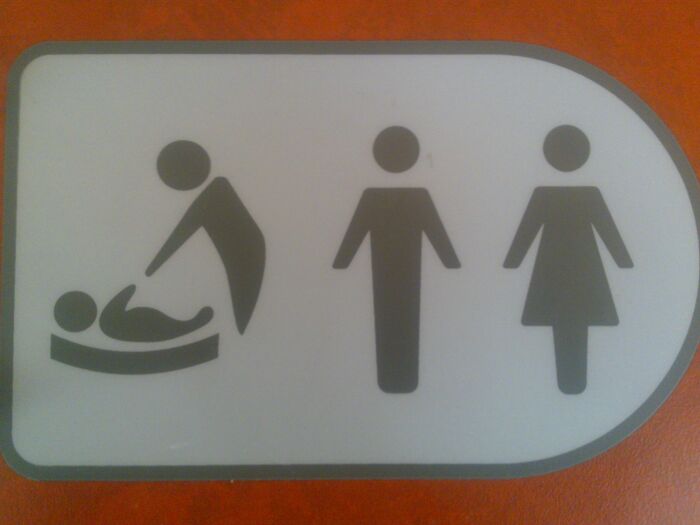 Parents which let their kids do whatever they want. I almost had to cancel a takeoff once because a toddler was crawling in the isle just because mom said he won’t sit still shortly before takeoff. Disregarding that on takeoff roll he could have gotten severly injured. And please bring everything you need for your kids. Diapers, food, milk. We have some items to help you out when you run out but not to supply everything for infants for the entire flight. And tray tables and seats are no changing tables. Gross. Please use the ones in the restrooms. 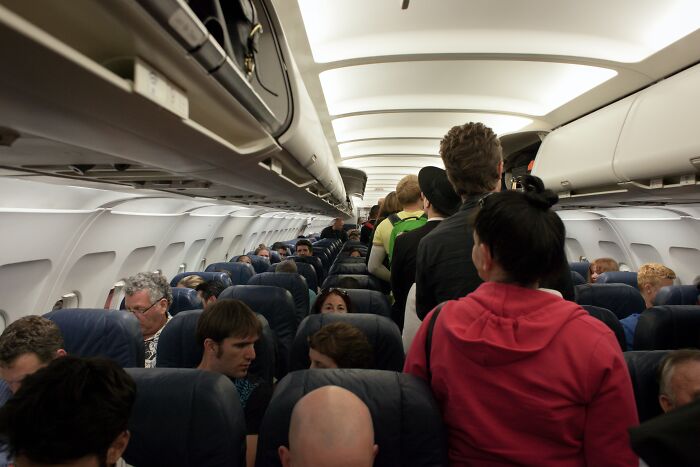 You are a guest on bord. A very valued guest. But please behave as such. You have passenger bins and your seat area. Don’t open other cabinets or lockers. Don’t help yourself to anything which isn’t obviously on display for you. And if in doubt ask first. We had passengers eating the homemade lunch of a colleague in tupperware. Someone took a bite from a piece of cheese which my colleague already had a bite from and placed it back,etc 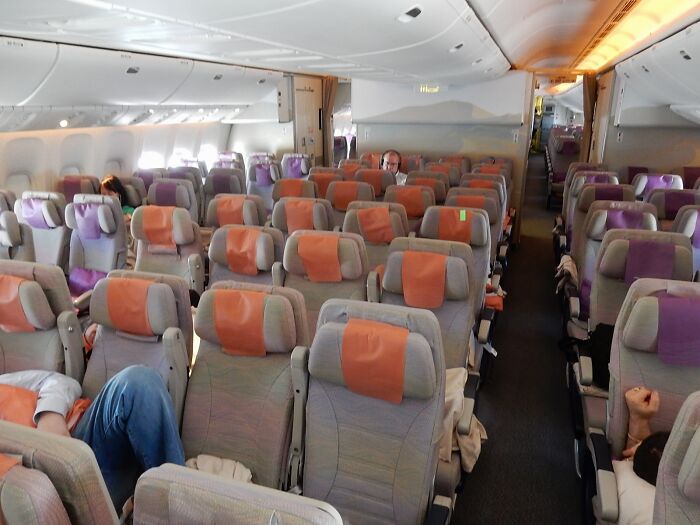 People who talk to us and treat us like scum. And yes, we’ll provide better service to the ones who are nice, or think of them first when a whole row is free and they need to lie down and sleep during an 11hr flight. 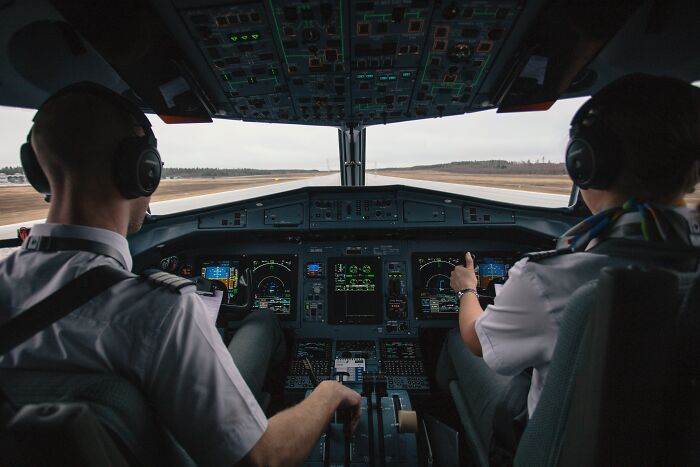 Complaining about how rough the flight was. I’ve had some cuss out the flight deck about their abilities because the aircraft hit wake turbulence… If you can magically see wake turbulence on a tiny monitor and think you can do a better job then join a flight acadamy, pay several thousand dollars for the training and certification and do it yourself… 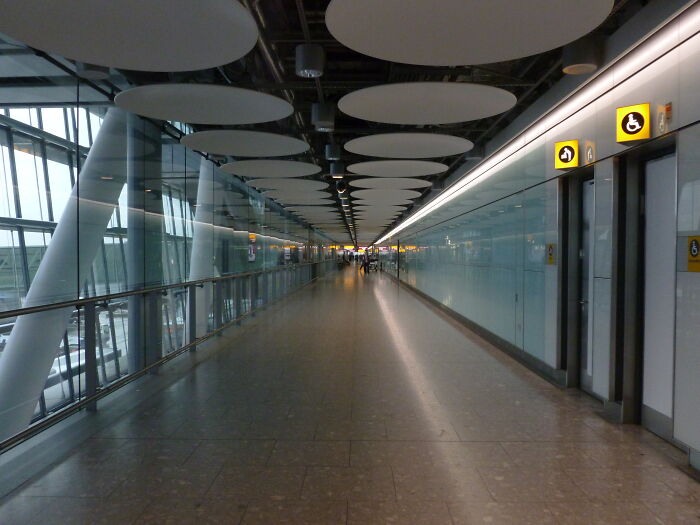 Not an annoyance but I do love the look on peoples faces when I tell them “sorry I don’t know where the nearest X is, this is my first time at this airport”. We don’t pre plan and memorize the layouts of the terminals at every airport in the world.