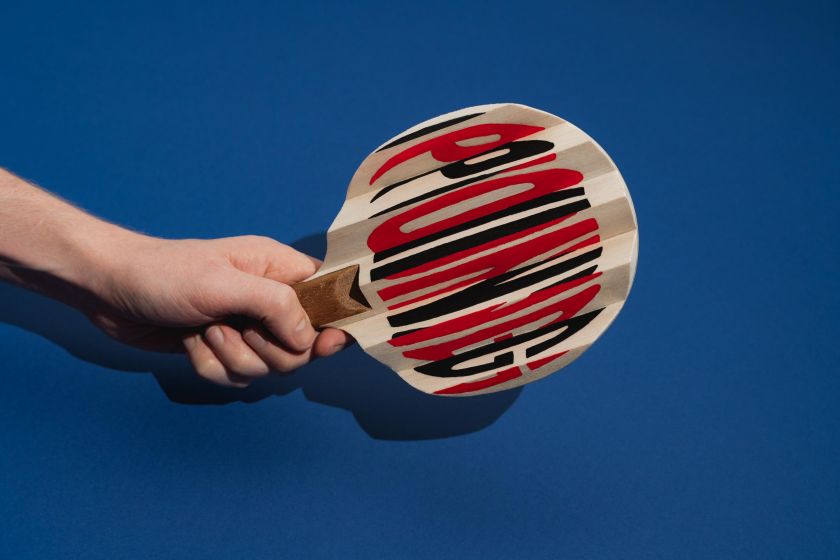 Paddle designed by Chris Wilson of

If you love art, design and table tennis, then you’ll probably be familiar with an annual treat courtesy of Glasgow studio that uses the power of ping pong to raise money for a local sports club. This year, Backspin is back with exclusive paddles created by artists, illustrators and designers from across the UK.

All proceeds from the three-week fundraiser will go to Drumchapel Table Tennis Club, which provides a vital service in the heart of Glasgow.

“Terry and the club have kindly donated 60 paddles and one table for our creative community to get their hands on,” says Luke McCarthy from Pim-Pam. “We’ve had so much interest in the exhibition with artists all across the UK looking to get involved. In a period when there has been lots of uncertainty in the creative arts, it’s great to put on a show with so much talent working together. From graduates to established artists, the exhibition is a real collaboration of many different principles, genres and backgrounds.” 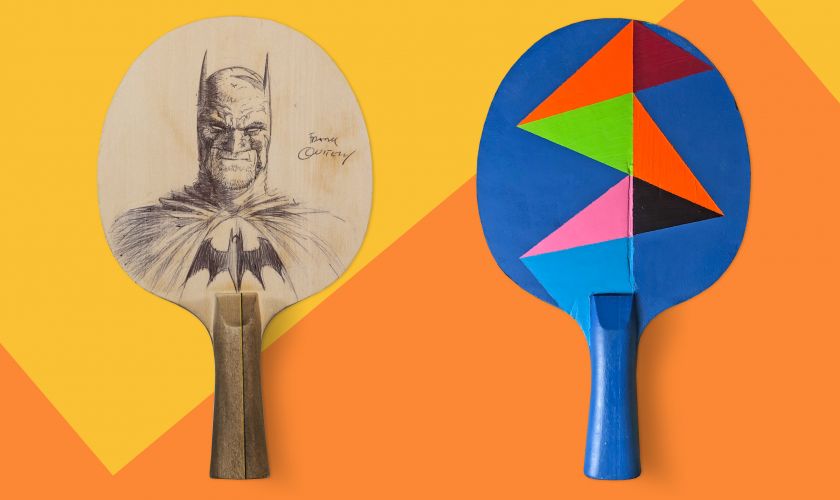 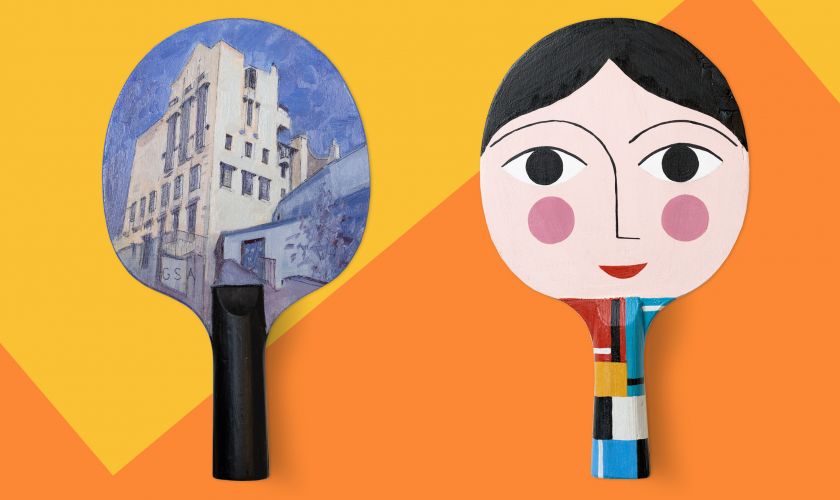 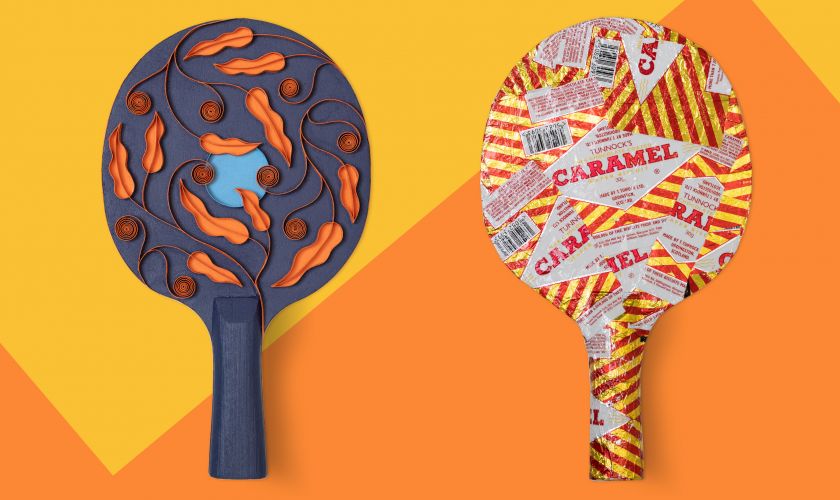 Each artist was given a blank wooden table tennis paddle and asked to interpret a vision for their own using one of the following words: character, movement, or community. One of the paddles on display and available to bid for is , inspired by the word ‘movement’. The Glasgow-based designer used angled balsa wood as a triangulated surface, then a ‘lenticular’ style split image was created that would allow for the paddle to be angled, revealing the words ‘Ping’ and ‘Pong’.

Describing his finished piece, says: “I wanted to incorporate an interactive element to the piece that would encourage the viewer to position themselves left then right to see the words change from ‘Ping’ to ‘Pong’. By doing so, they would mirror the motion of that of a player or ball, moving from left to right, typically seen during a table tennis match.” Watch the video from Chris below to see the “making of” process.

The designed paddles will be displayed throughout the exhibition and available for purchase through a silent auction for one week, then general sale for the remaining two weeks – with all proceeds going back to the Drumchapel Table Tennis Club. The club is one of the biggest in Britain, with more than 300 members aged between eight and 80 actively playing each week.

Based in Wasps Studio’s South Block building in the Trongate area of Glasgow, the Backspin exhibition launches on Friday 26 November and ends on 15 December. The opening night offers visitors the chance to mingle with the artists, learn more about the DTTC and its impact across Scotland and watch some of the club’s incredible players exhibit their skills…and even challenge them to a game if you’re brave enough. 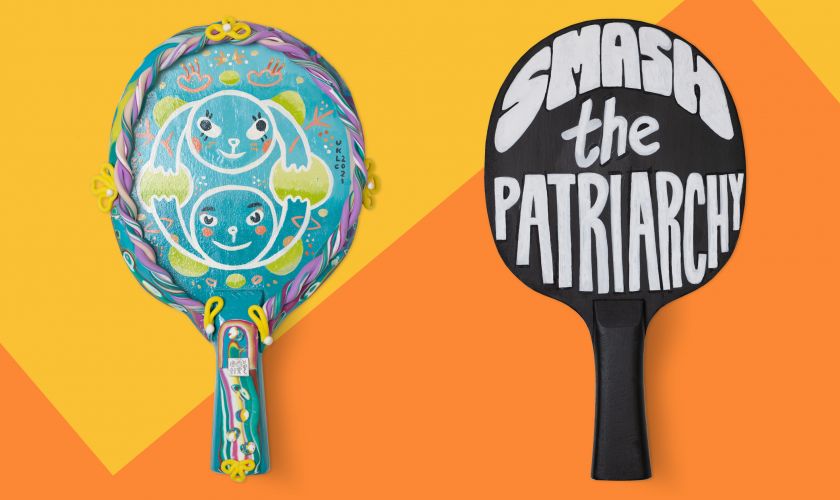 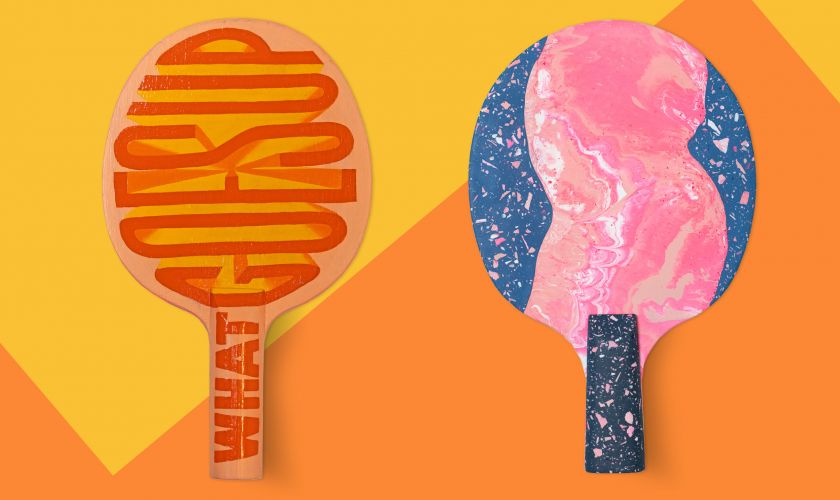