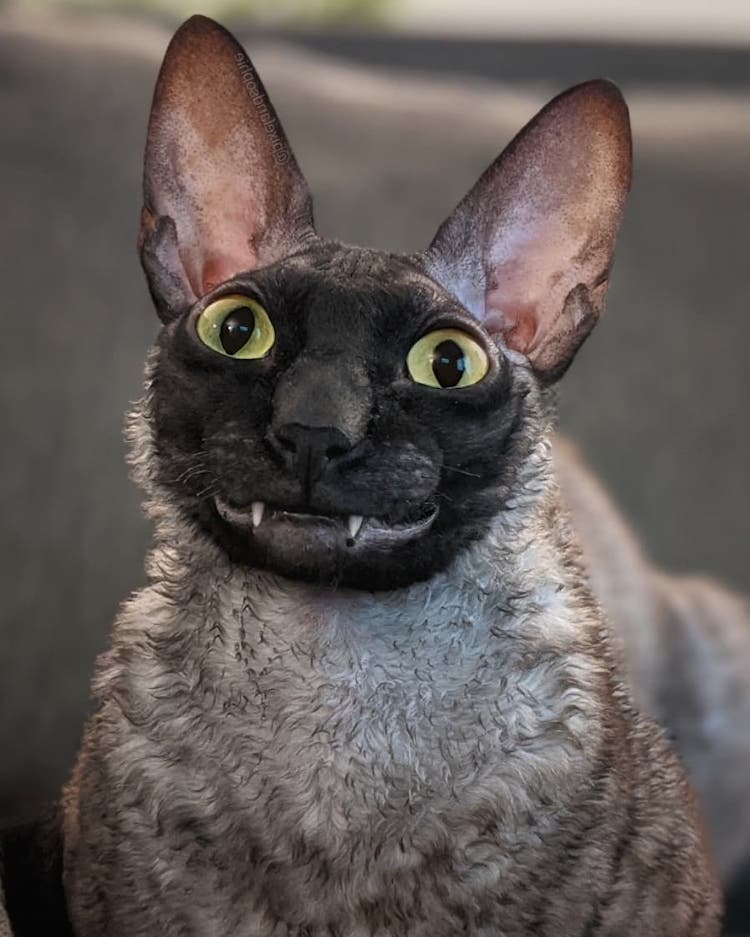 We all know someone with a sparkling smile, but have you ever seen a cat with a goofy grin? Meet , the fun feline who loves to smile for the camera. The almost-3-year-old cat is a Cornish Rex; a short hair breed that’s known for its unusual appearance and quirky personality. Living up to the breed’s reputation, Pixel has plenty of lovable characteristics, but his adorably silly smile has him standing out among the rest.

“He was around a year old when I noticed that he seemed to be more expressive than my other cats,” Alyson Kalhagen, Pixel’s mom, told My Modern Met. “He always made funny faces when I would try to dangle toys and things to get photos of him, so after a bit I figured I may as well start taking pics of his funny smile.” Not only does Pixel “say cheese” on cue, but he seems to enjoy posing in cute outfits. He’s particularly fond of wearing sunglasses, and has a large collection of feline-sized frames.

Pixel and his sister Sophie have almost 55,000 adoring fans on , and it’s clear to see why. With Pixel’s happy face popping up on your newsfeed, it’s hard not to smile back. Unfortunately, the friendly feline’s smile isn’t always reciprocated. “The vast majority of reactions to him are overwhelmingly positive, although some people do say that they find him a bit scary or creepy,” admits Kalhagen. “Some even say things like ‘He’s so ugly he’s cute’ or ‘He looks like a bat.’” The peculiar puss doesn’t seem phased by these comments, though. He embraces his unique looks, and simply spends each day spreading joy with his silly smile.

Kalhagen is a proud cat mom. She says, “It makes my day to be able to share his happy face with so many, and I hope that we are able to bring those who see him a smile of their own.”

Scroll down to see some photos of a smiling Pixel, and follow him and his sister Sophie on for more cuteness.

Meet Pixel, a 3-year-old cat that is winning over the Internet with his goofy grin. 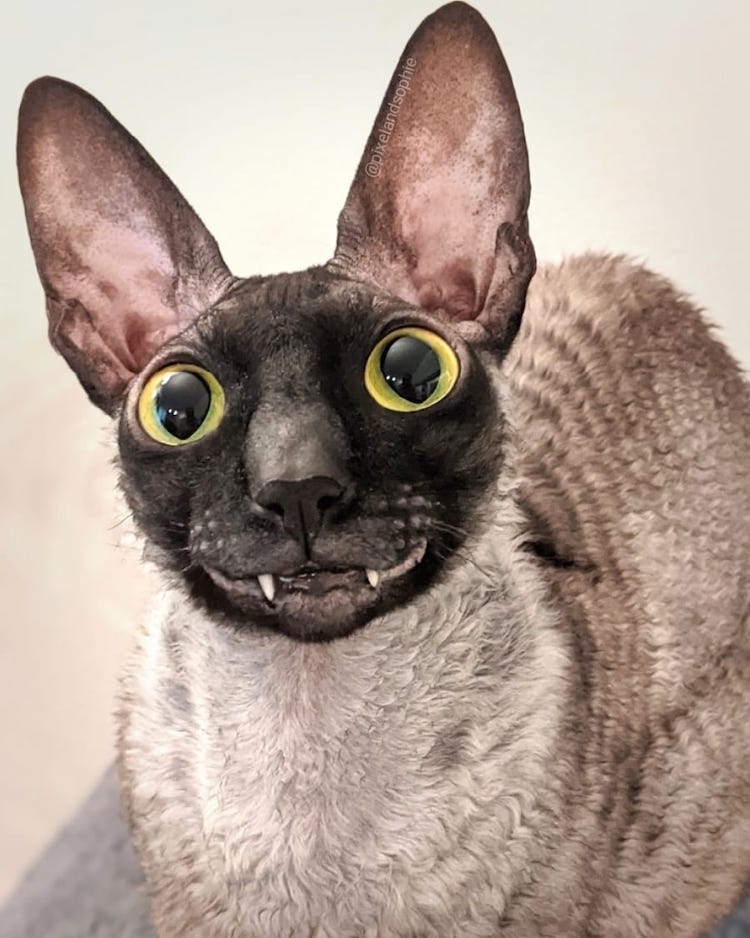 He’s a Cornish Rex; a short hair breed that’s known for its unusual appearance. However, Pixel is particularly unique. 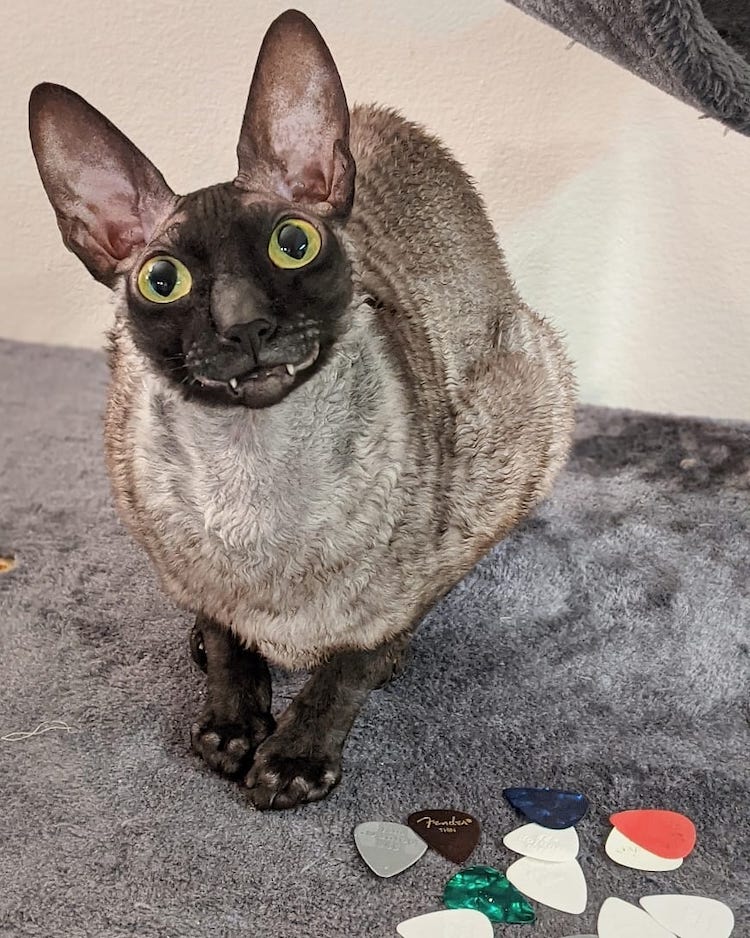 Look at those adorable fangs! 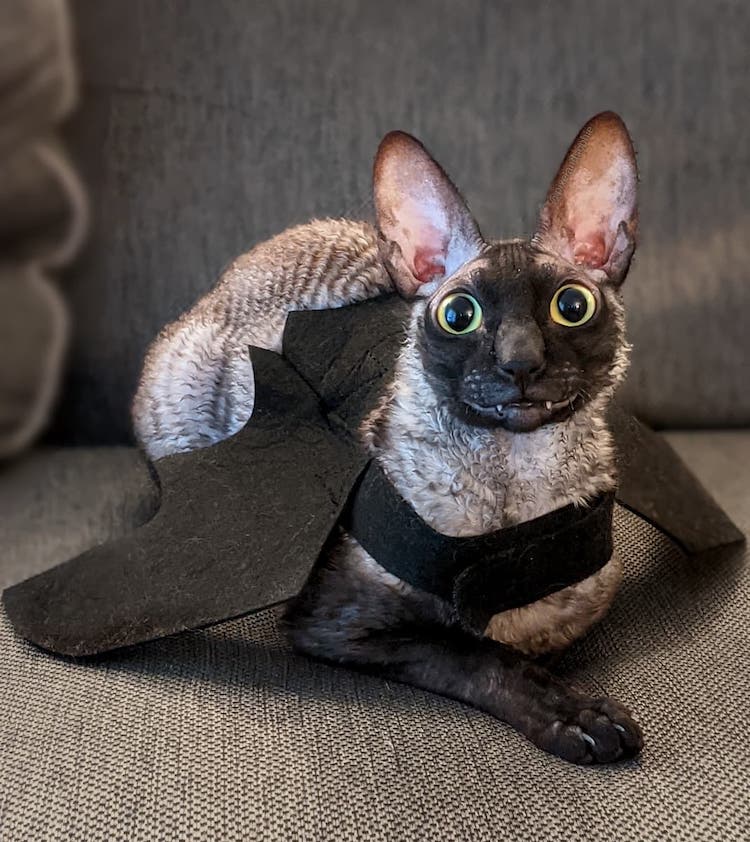 Pixel lives with his sister, Sophie. 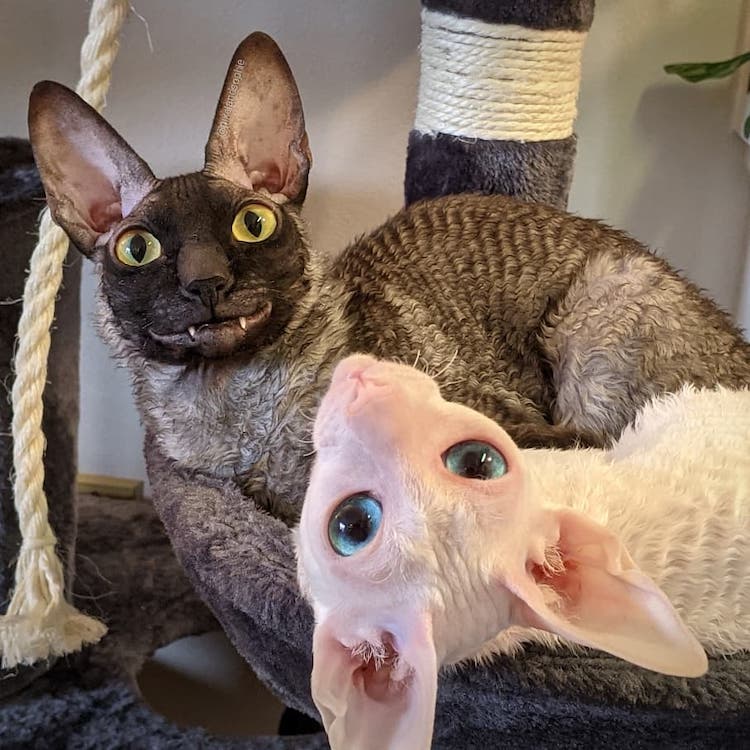 She seems to be the sensible one, while he’s always acting silly. 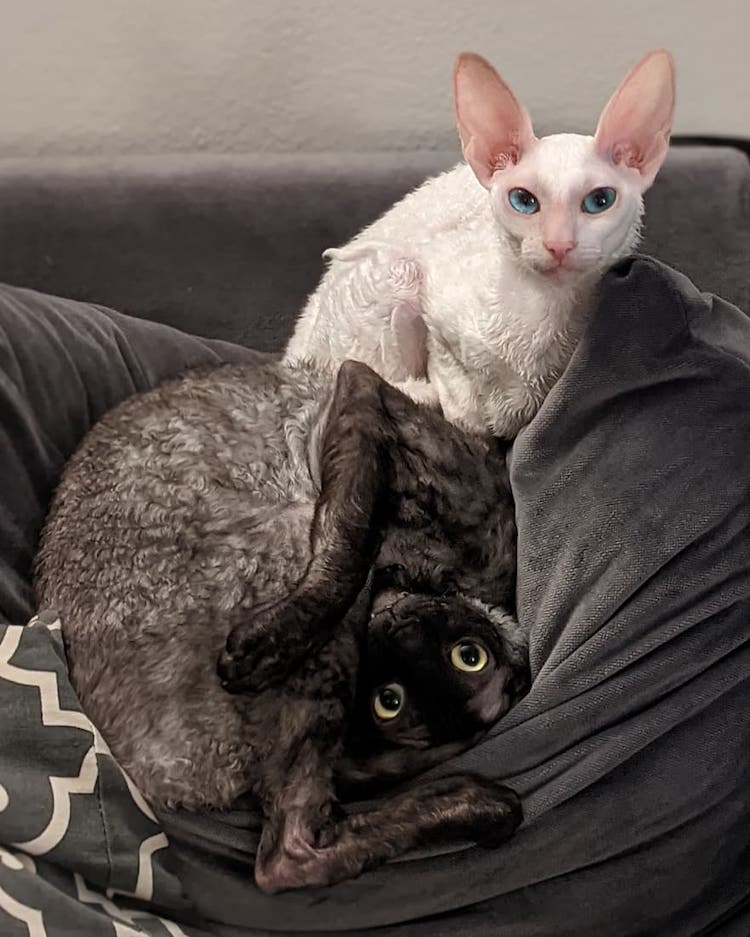 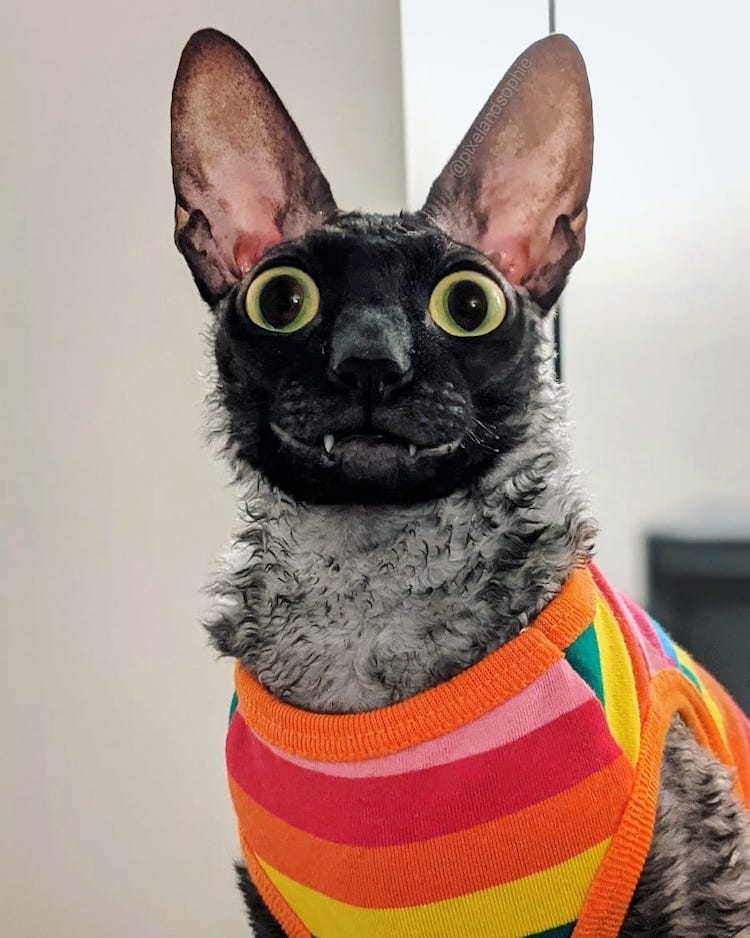 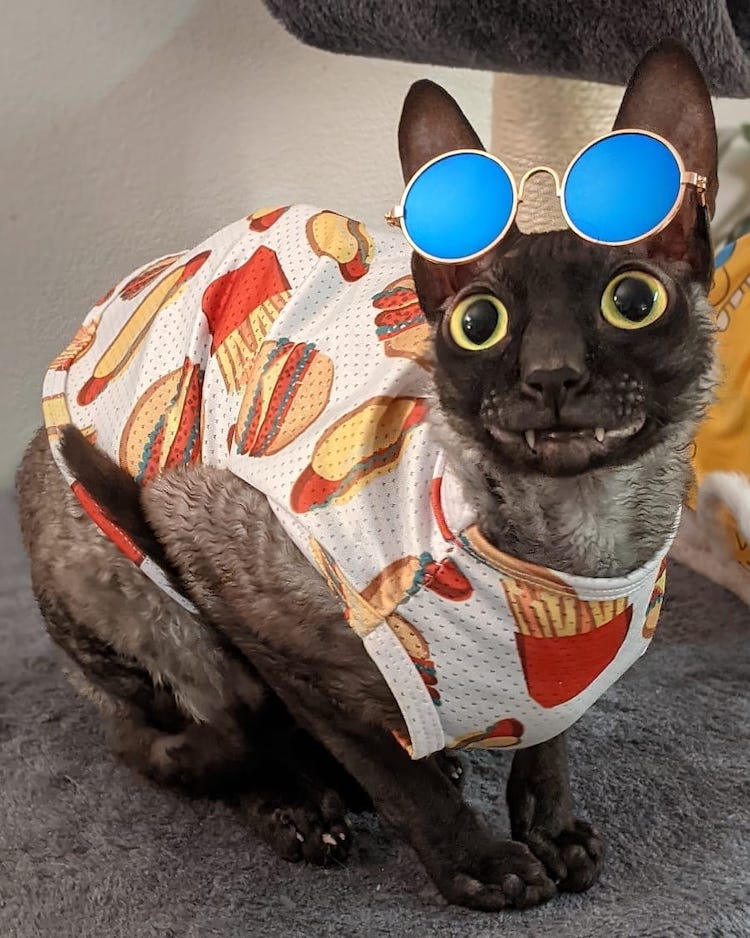 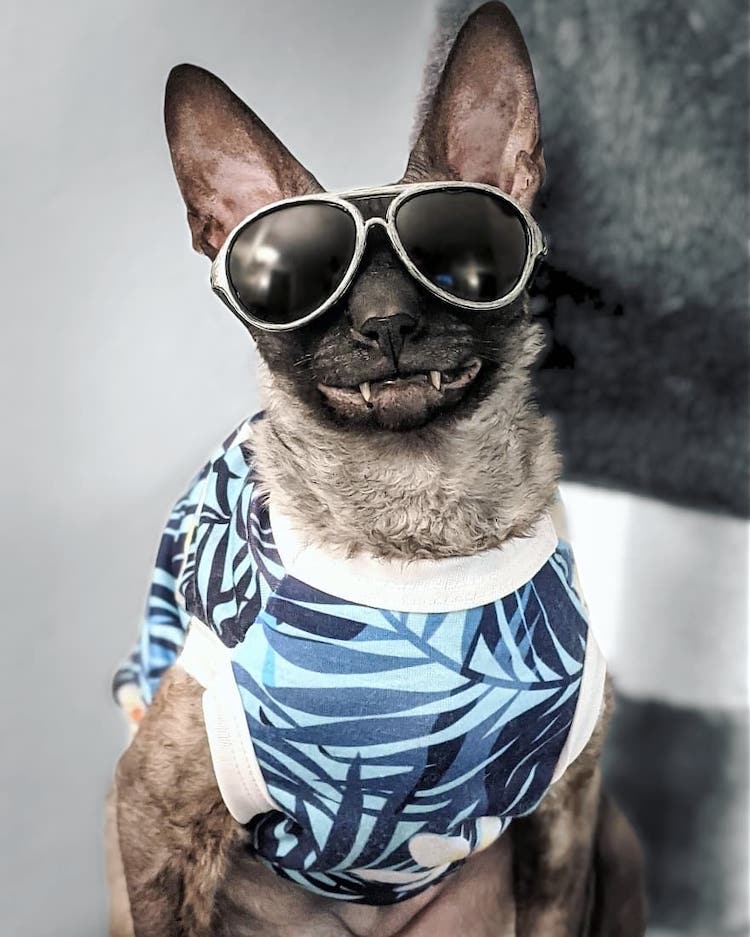 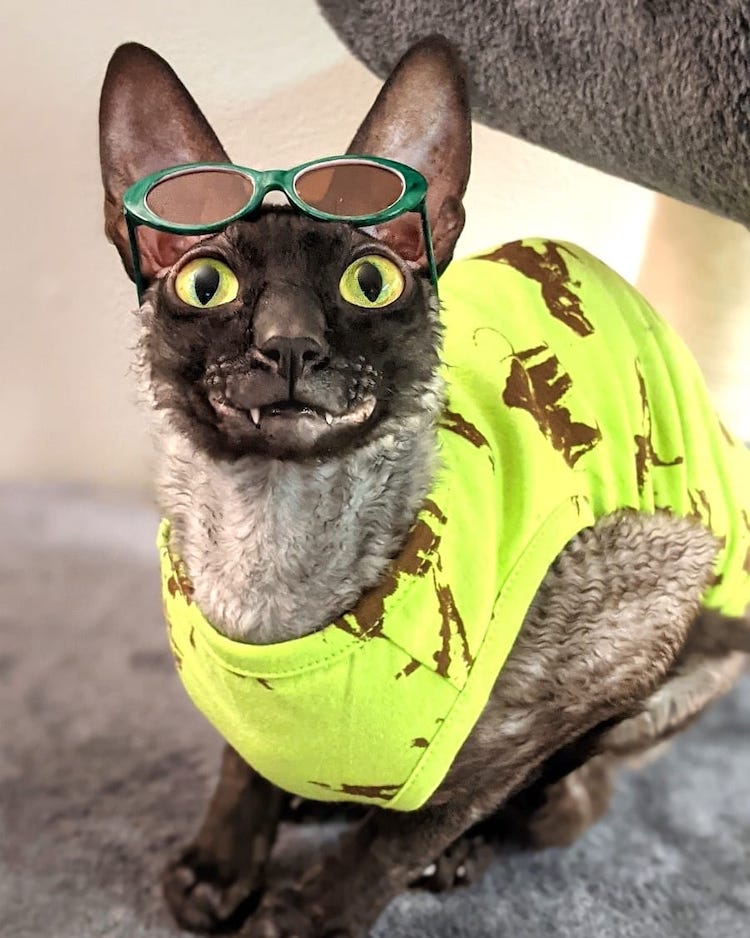 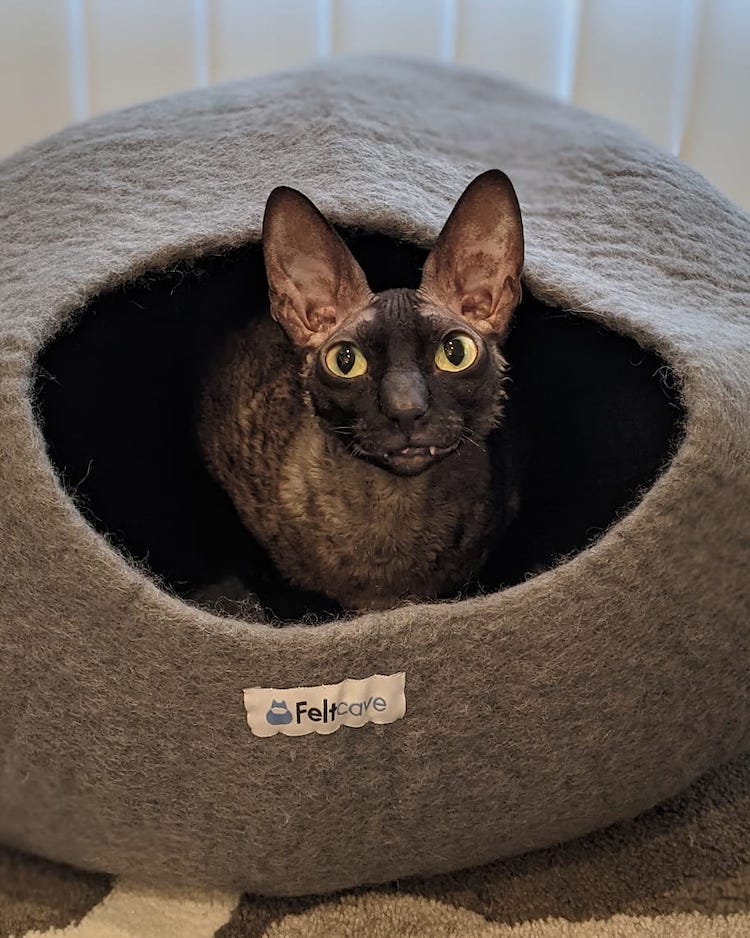 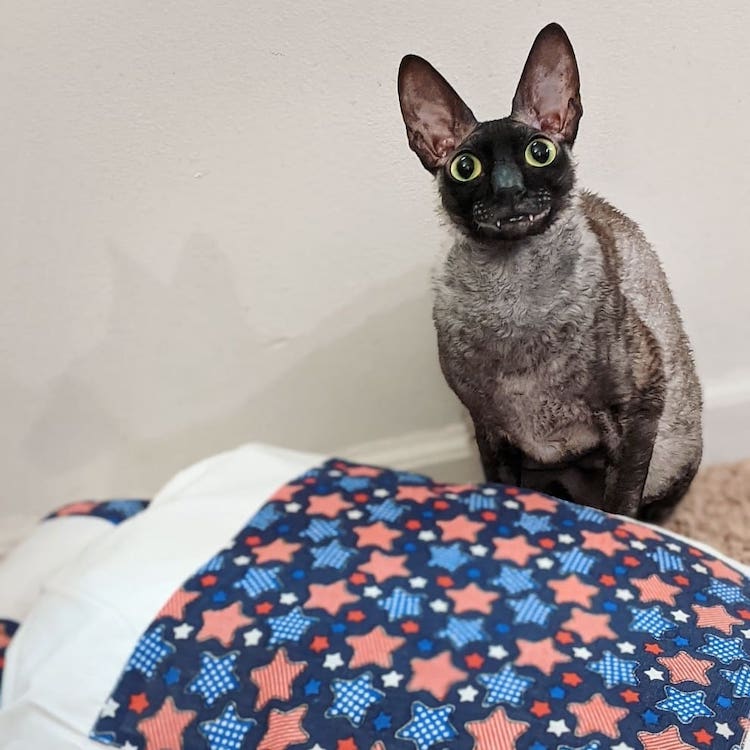 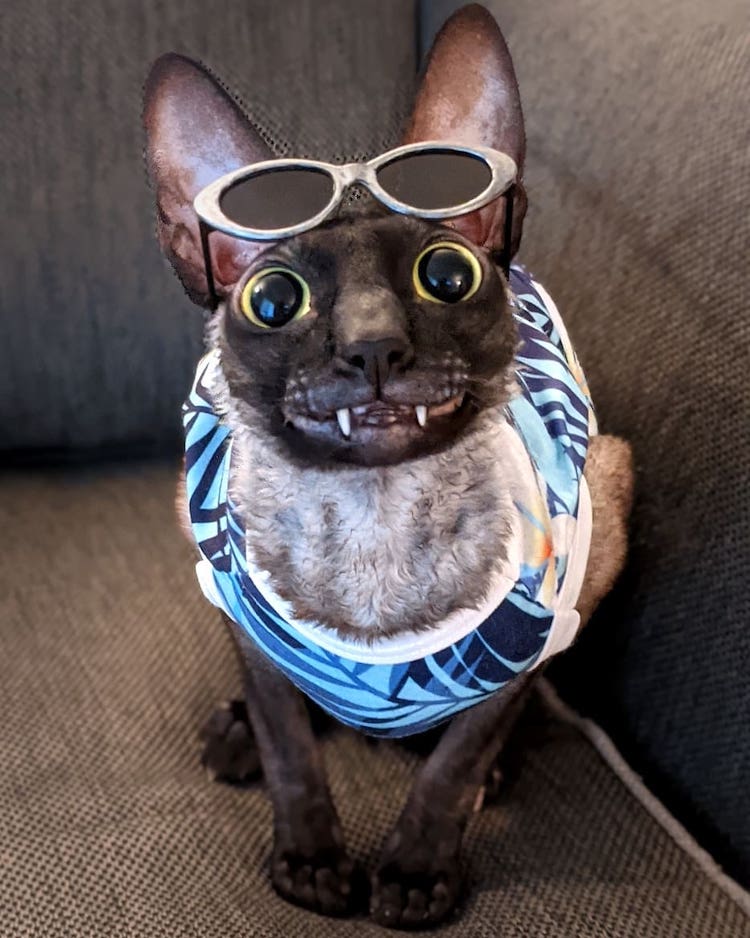