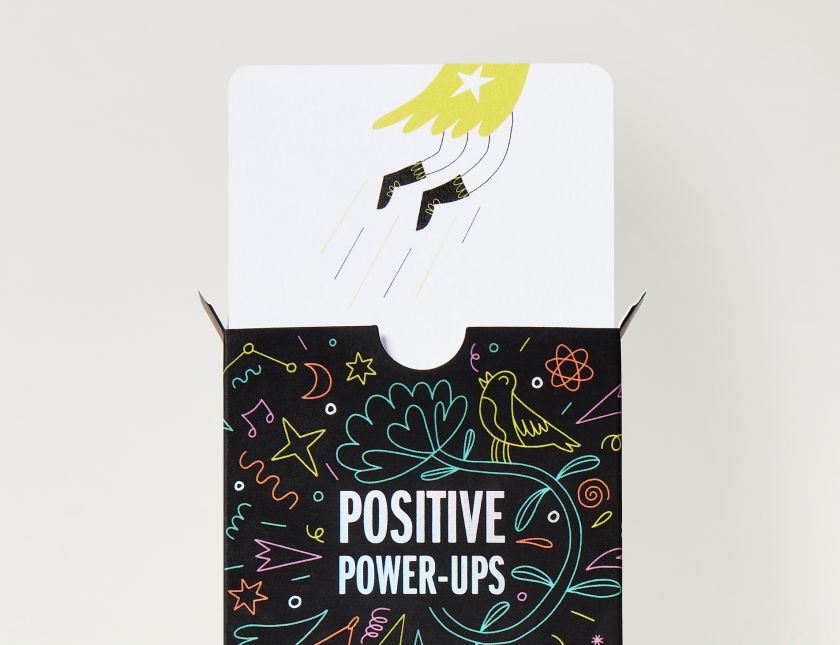 Mental health charity recently approached Cardiff studio to create a dynamic tool that would put positivity and self-care in the hands of young people everywhere.

To kick off the research process, Clout collaborated with a diverse group of youngsters to define the brief, then tested some ideas with them. The outcome was a deck of cards full of uplifting activities. With the help of those young people, Clout’s writer Matt Ayres wrote each activity and categorised them based on types of wellbeing: emotional, intellectual, physical and social. The cards were given a name: Positive Power-Ups, making them memorable and easy to reference.

For the design, Clout developed a striking and playful illustrative look, working with Bristol-based illustrator to bring each activity to life. Black was used as the predominant colour along with four accent colours to differentiate each category, whilst the box packaging, instruction card and ‘wild card’ use a mix of all hues. An iridescent foil was introduced on the box to contrast the title and add tactile details to the illustration. 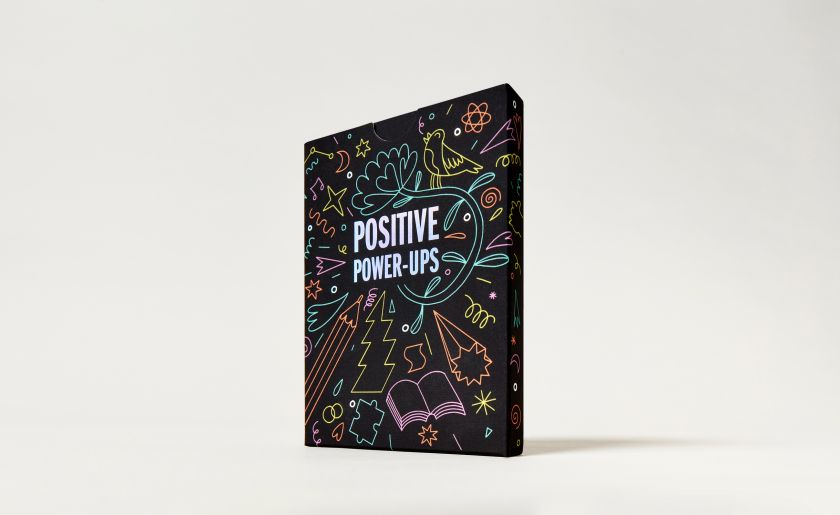 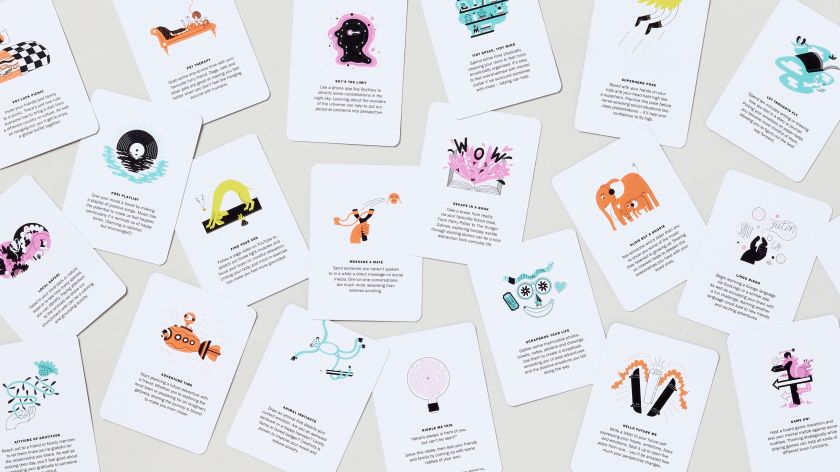 We especially love the tool’s description: “Ready to power yourself up with some positivity? These activity cards are designed to help you focus on everything that’s awesome about life”. And the suggested activities aren’t just for the younger generations; they act as great reminders to us all. Why not escape in a book or message a mate to instil some happiness in one’s every day? It’s great advice we so often forget.

Positive Powerups was launched last July to serve as an effective tool to engage a greater number of young people, particularly those who are more reserved and difficult to reach. They have proven so popular that an additional print run was required within three months of launch. And a group of young people were so taken with the cards that they wrote and produced a fun rap song titled Positive Power-Ups. 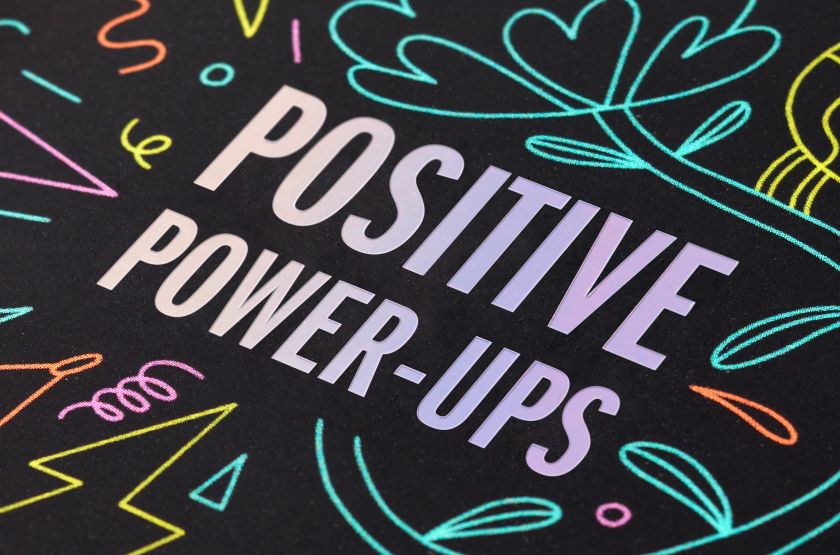 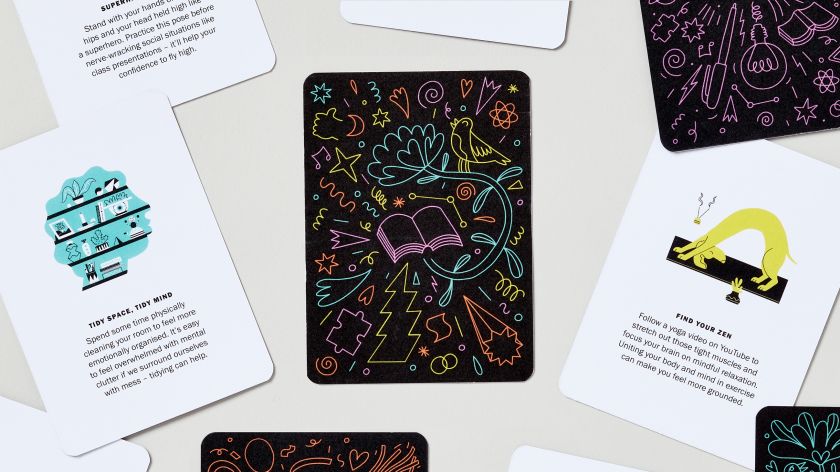 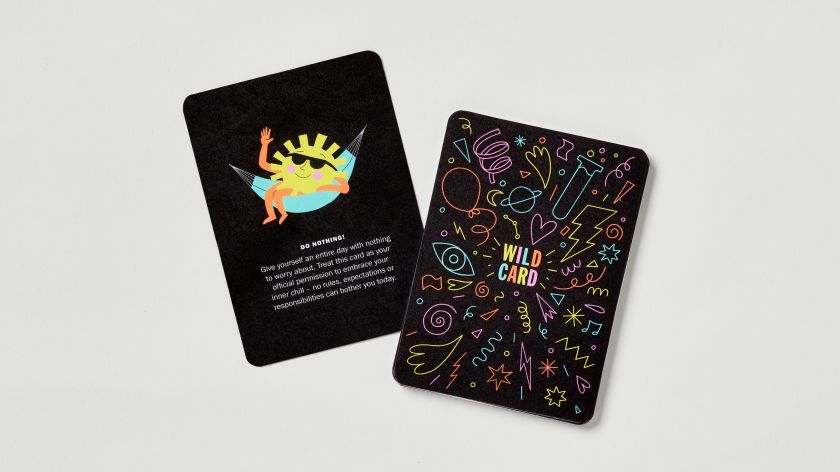