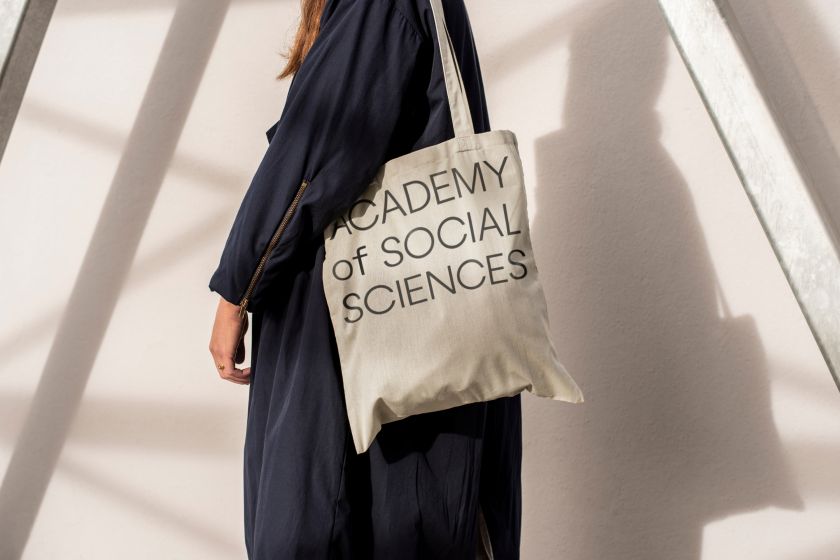 Praline has rebranded the Academy of Social Sciences, working to modernise the visual identity and create a new website for the organisation.

The London-based agency’s team began the project by immersing themselves in the world of social science, discovering its importance in society and the way it operates through the cross-collaboration of various disciplines.

The designs across the brand and website looked to reflect and support the broader aims of social science to help shape a better future. 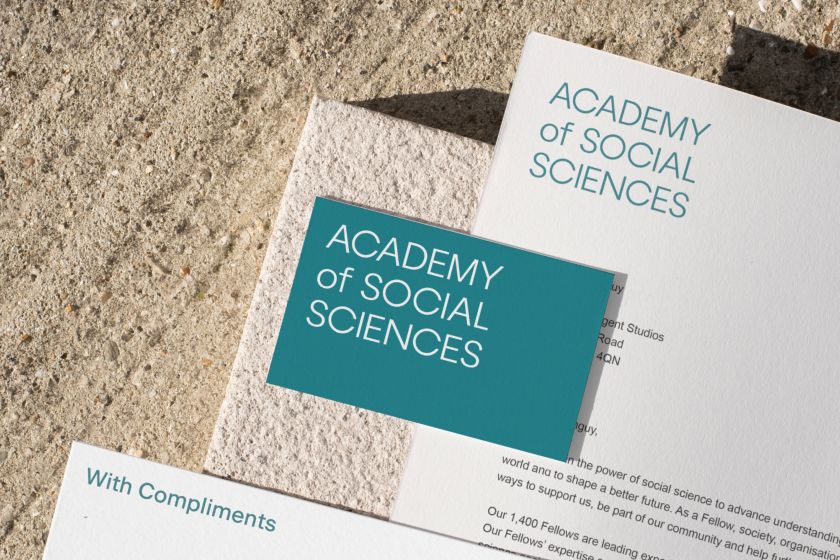 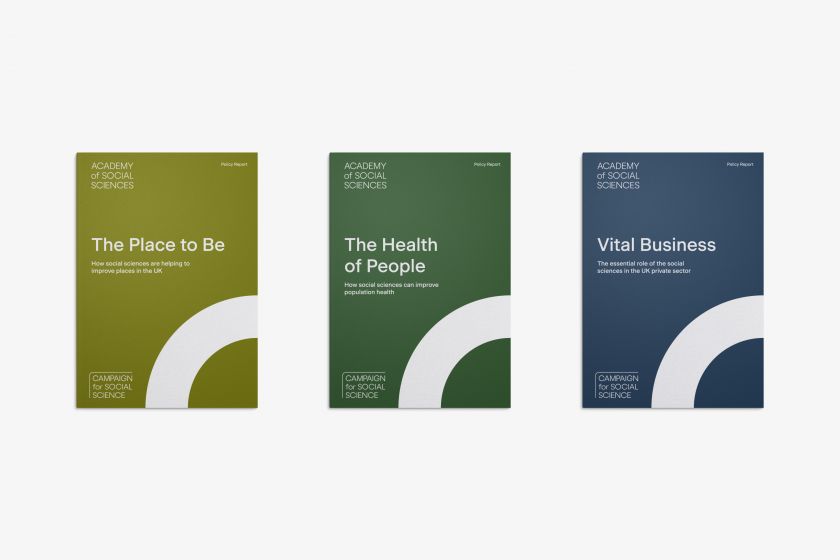 The academy was looking to undergo a rebrand as it felt it had reached a point where its former branding was no longer fully communicating its strategy and future ambitions. Praline was challenged to create a practical and creative framework that clearly and effortlessly spoke to its diverse audiences.

The new look also had to be modern and forward-facing, establishing the academy’s purpose and its status as a charity and equipping the brand for its future phase as an institution.

The initial stages of the project saw Praline working closely with the AcSS team to get to the crux of why it exists as an organisation. “Through gaining a deeper understanding of who they are, we set about positioning the Academy via three key principles: Credible, Essential and Human,” says Praline. “These principles allow the brand to balance integrity, consistency and understanding, reflecting their beliefs as an organisation whilst the core values inspire their team to stay honest to themselves and be relevant to the challenges of tomorrow.”

The new branding had to carry the charity’s mission and showcase its personality, with both ownable and user-friendly assets. As such, simplicity was key to bringing about clarity and underscoring the brand’s purpose, as well as ensuring the look and feel was timeless, elegant and relevant in a world that’s consistently rapidly changing. 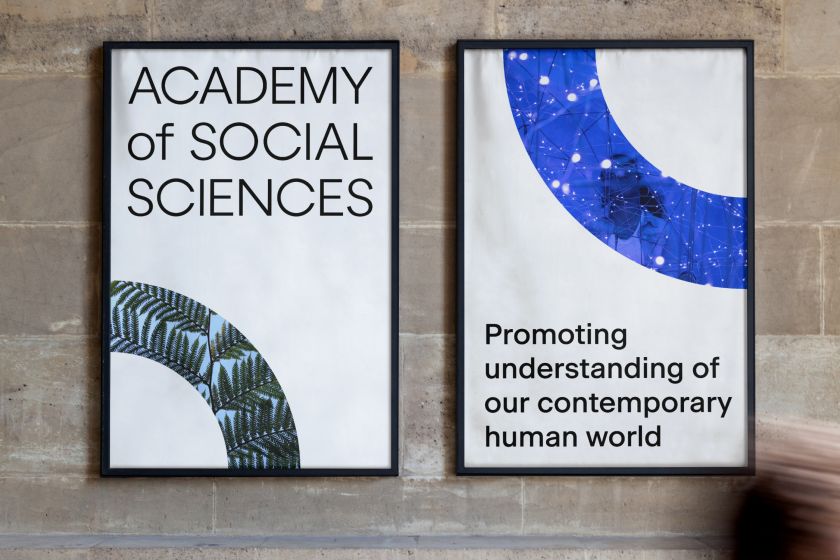 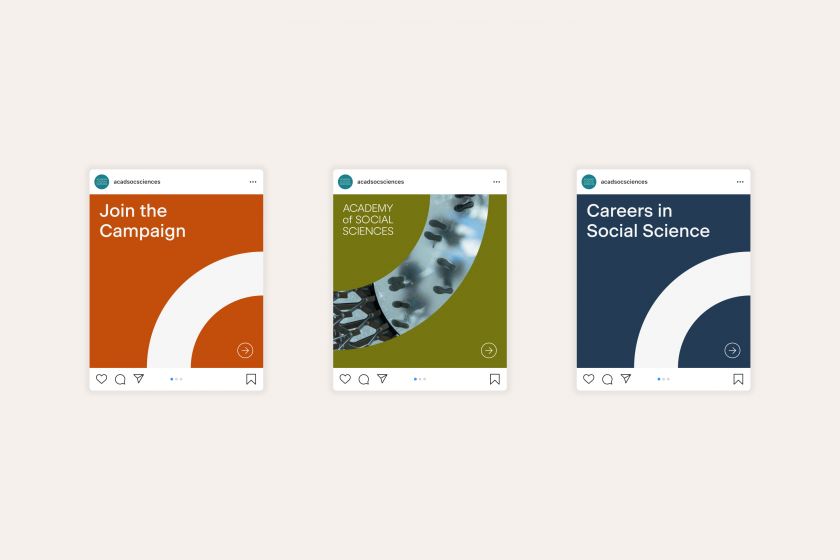 Beyond being ownable to the AcSS, the designs also aimed to “evoke a greater awareness of the impact of social science,” according to Praline. “Our aim was to find the right personality for the logotype that contained enough character to feel warm and approachable, whilst expressing a sense of professionalism that allowed the Academy to be taken seriously as a leading voice of the social sciences.”

The designers opted to play off the geometry of the letterforms, creating a brand system that can flex across different areas such as sub-brands and content modules.

Like the branding, the website design also prioritises clarity, looking to better communicate who the academy is, what it does and the information it presents to its audiences. The website acts as a tool for the academy to be reactive to the ever-changing world of social science, to champion the importance of the sector and grow with the ambitions of its community.

“In the past, the Academy’s output had become fragmented,” says Praline. “Our task was to allow the needs of the website to inform the holistic view of the brand itself.”

The experience of the site was redesigned to create clearly defined spaces for content and ensure the platform was easily navigable. It uses a modular system to ensure functionality and simplicity. “We’ve balanced simplicity, consistency and modernity in a way that brings clarity and distinction to their output,” the agency adds. “It was important that the Academy’s brand retained a controlled level of expression in its output so as not to sacrifice clarity.” 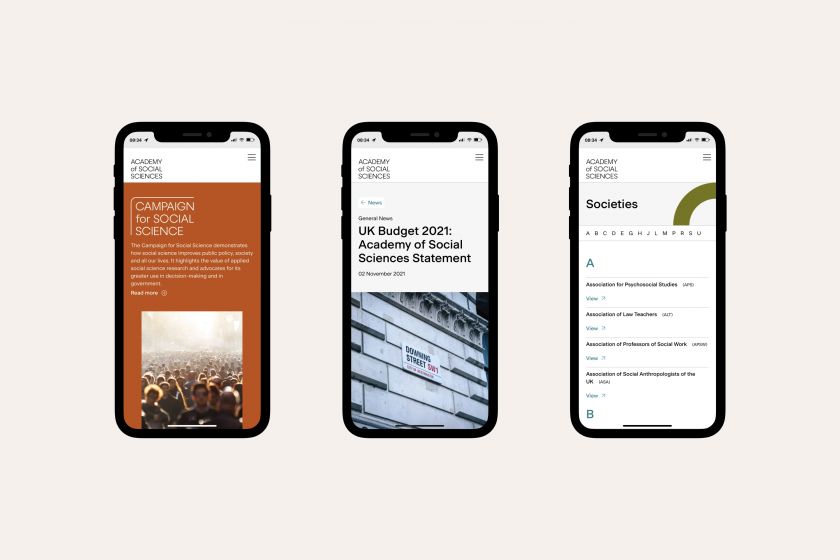