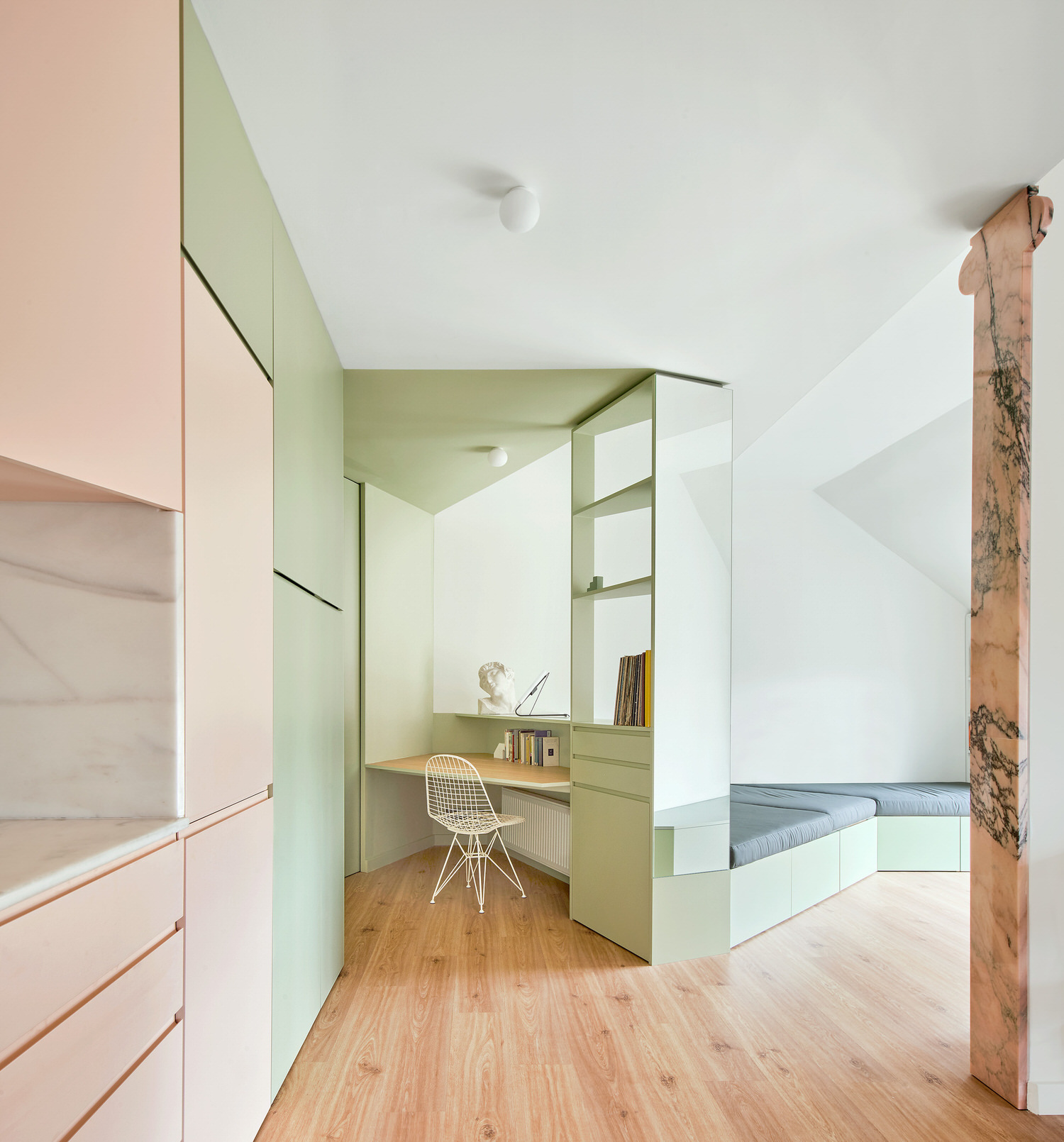 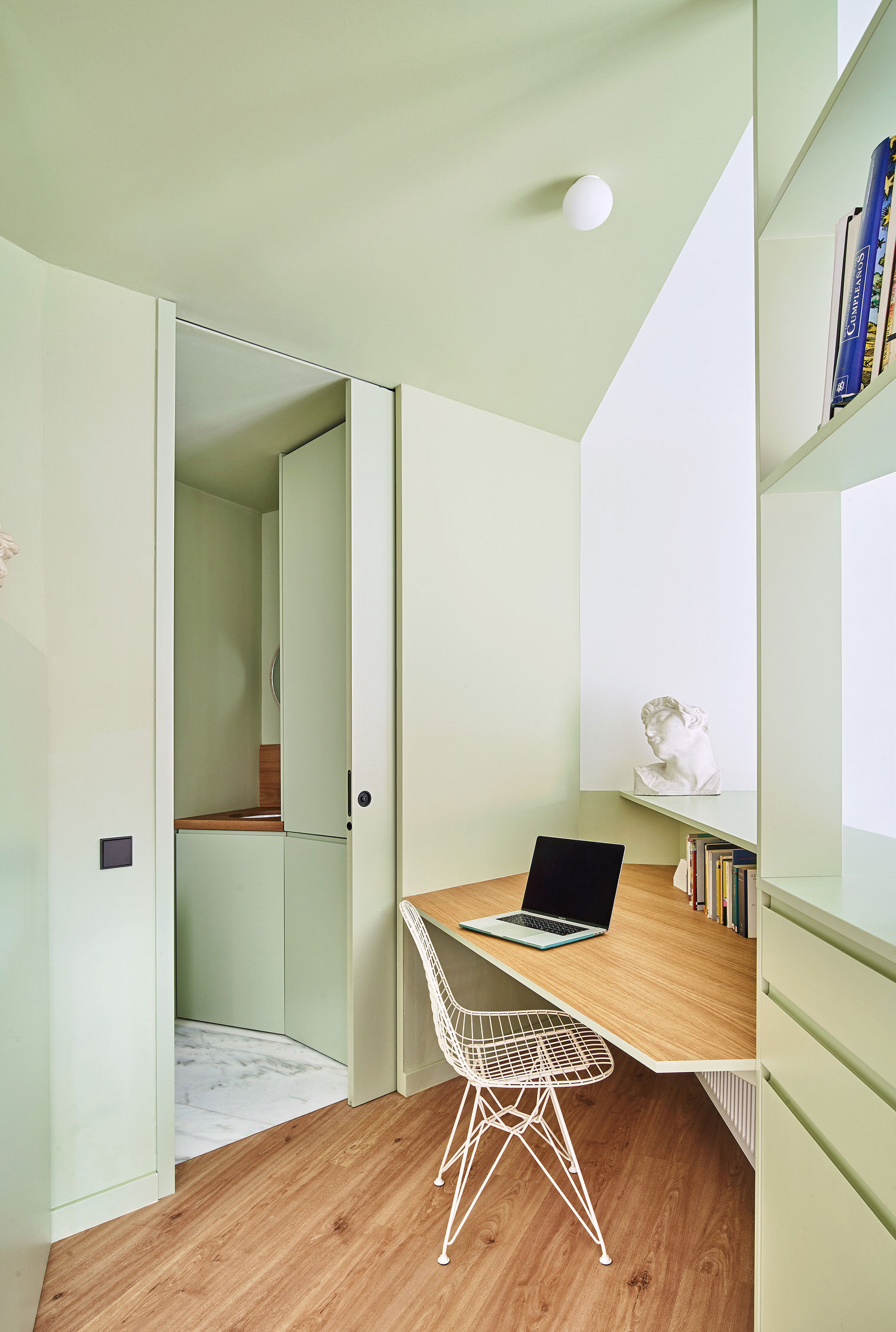 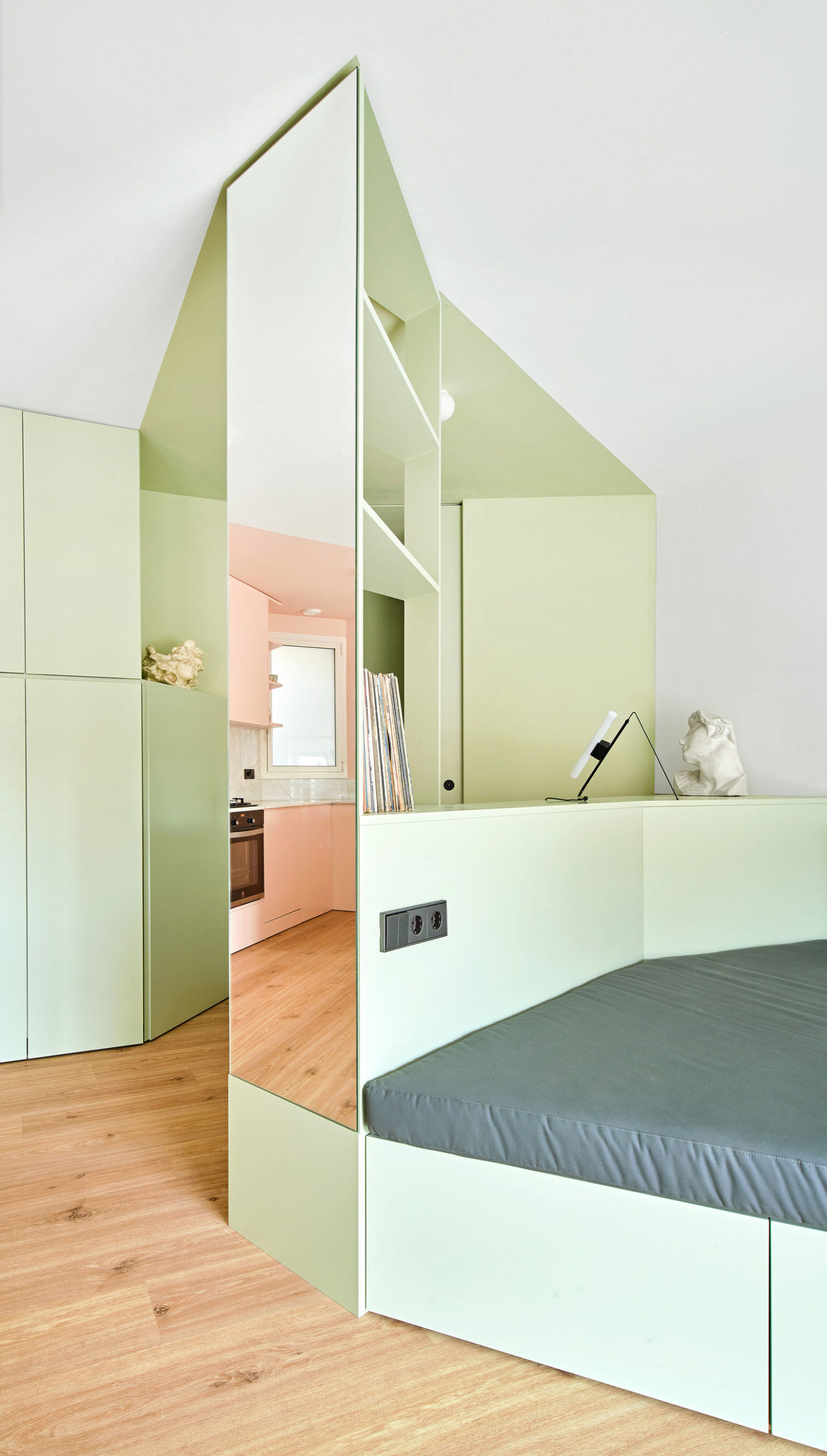 Providencia House in Barcelona by has been designed to be as flexible as possible – custom made geometric furniture allows the interior to unfold in an ambivalent and ambiguous way.

“Sofas that are beds turn into desks; beds that are wardrobes turn into bathtubs,” Mora and Ornaque said of their irreverent design approach. “As a representation of the fluidity of uses, the apartment, beyond the obligatory access door, only has one other door.” That would be the one that leads to the bathroom. The home, therefore, acts as a single living zone, free from the restrictions of strictly defined spaces. 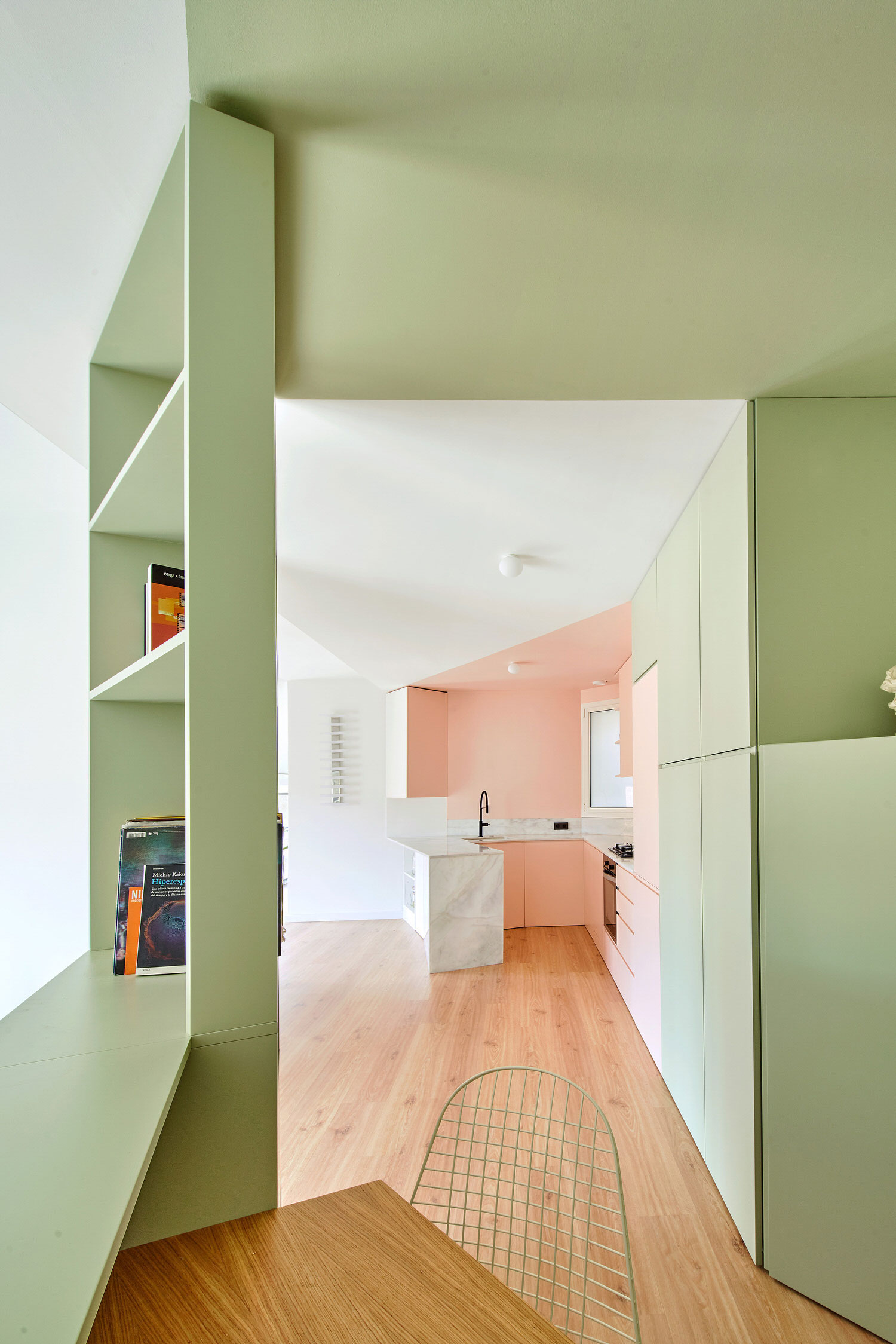 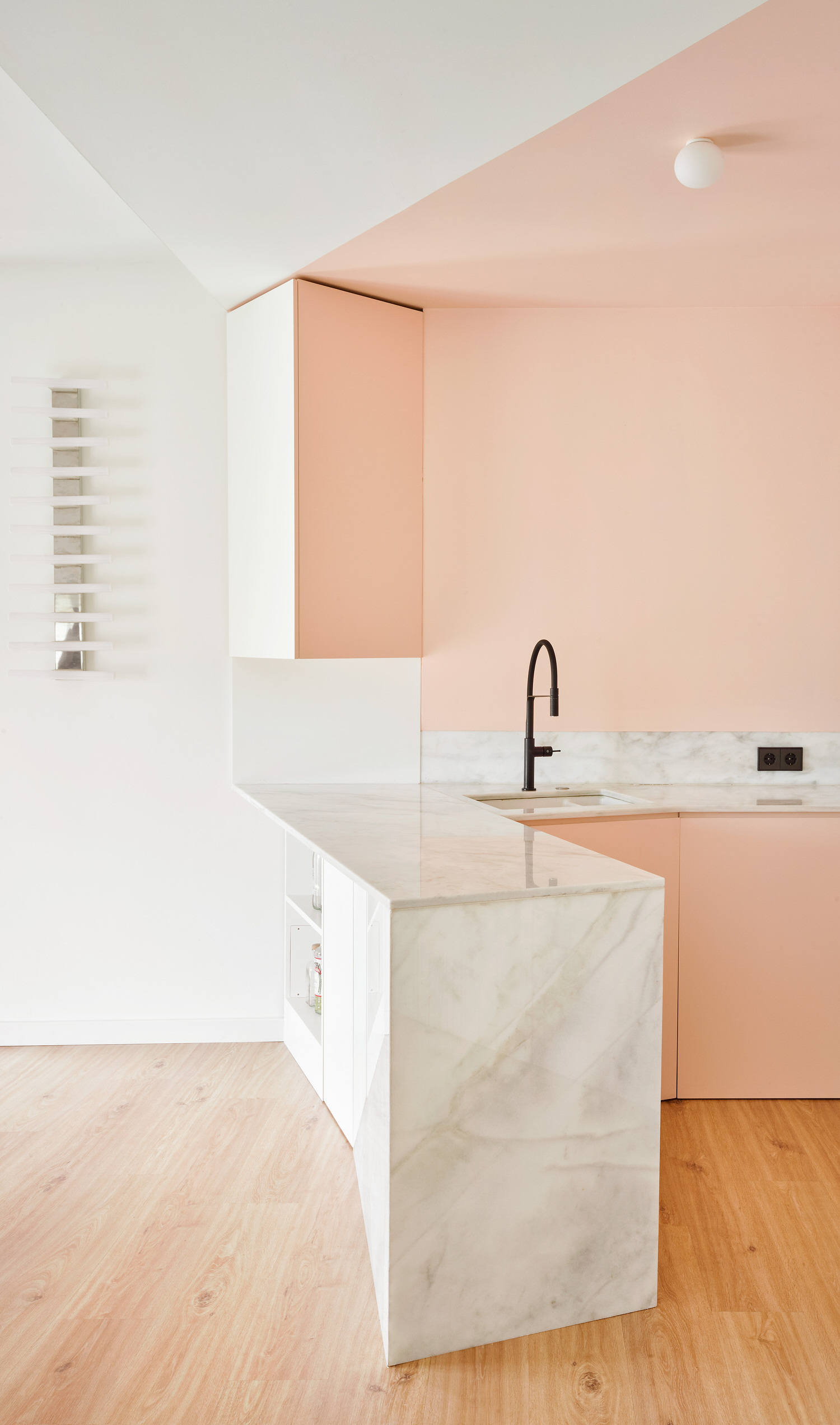 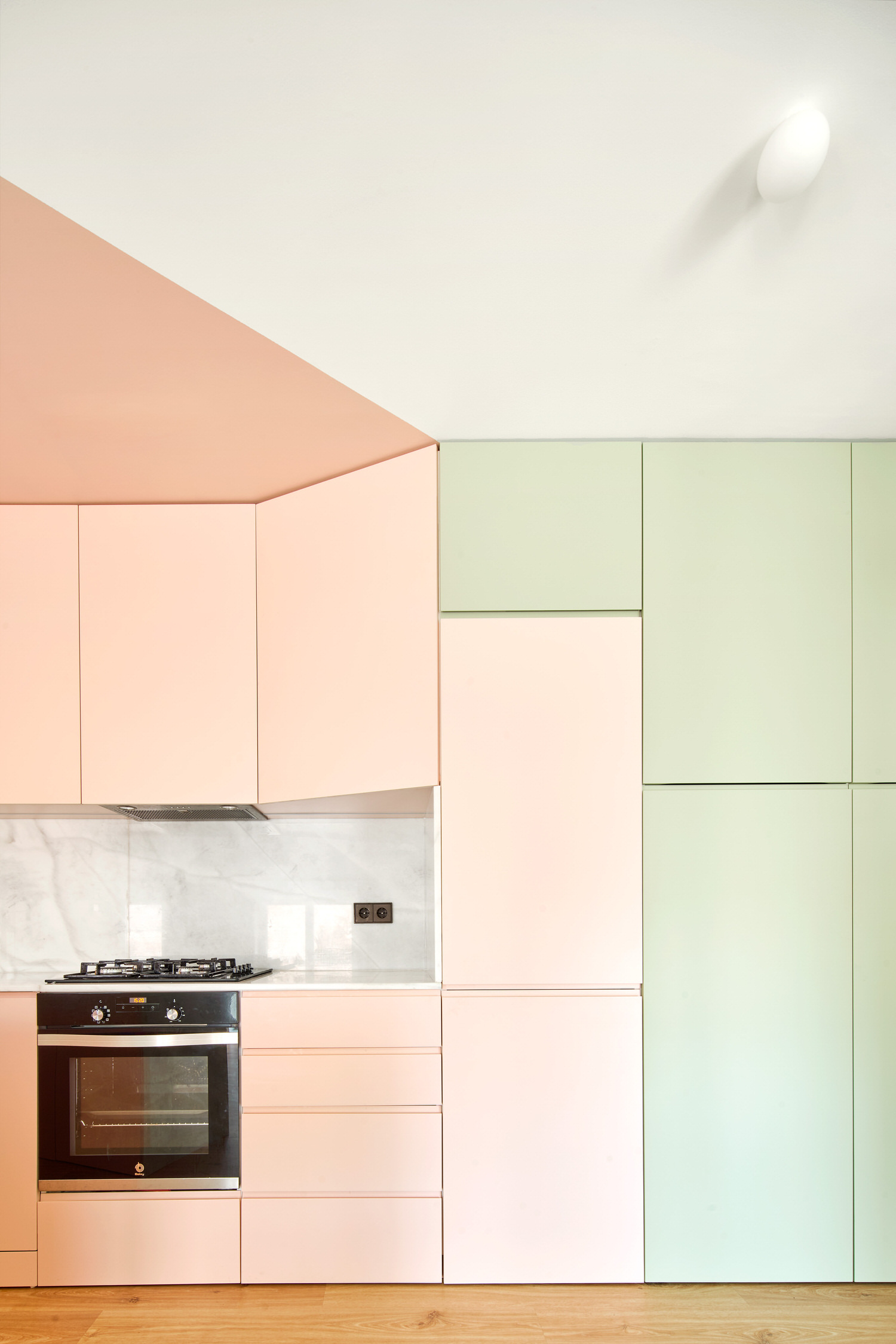 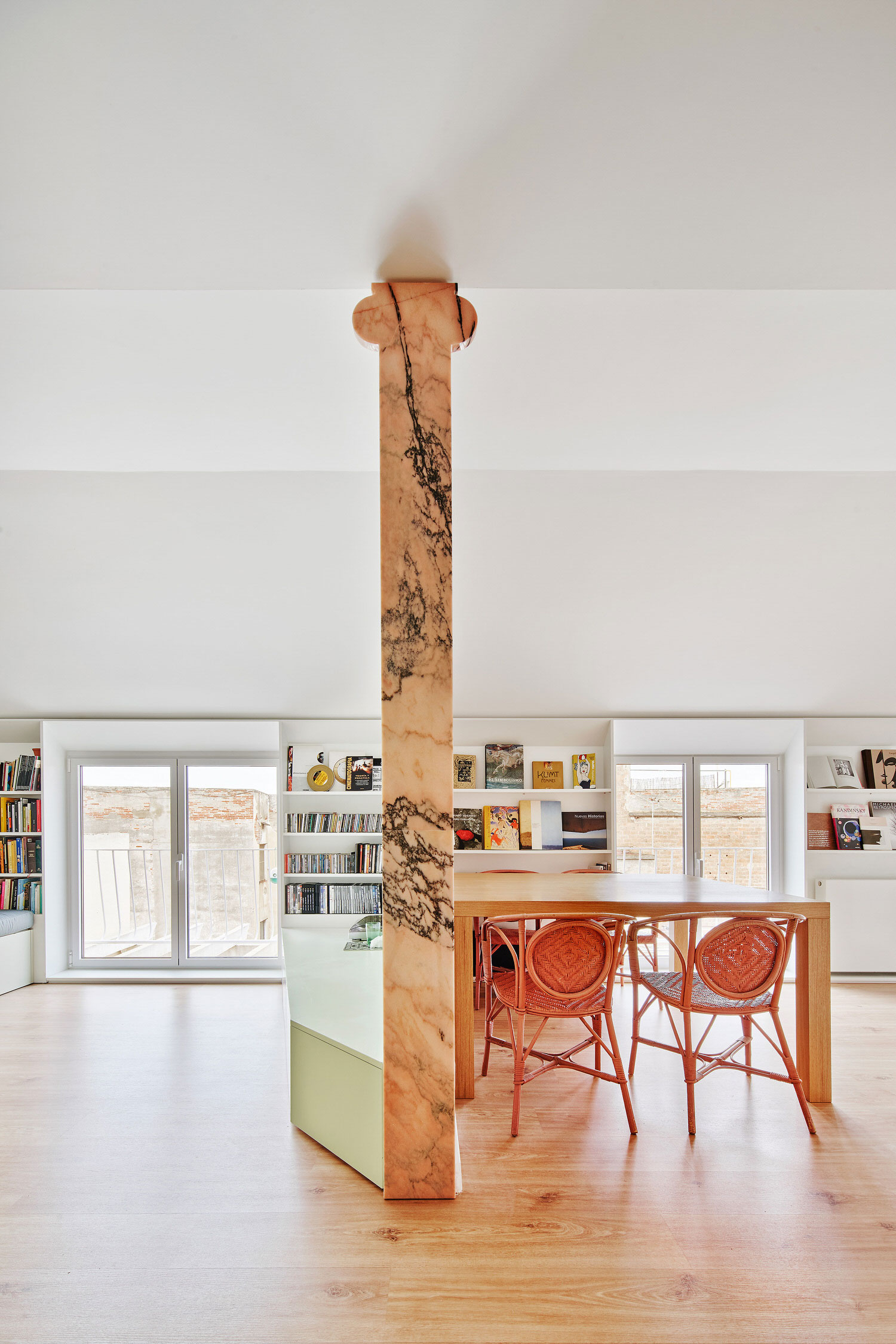 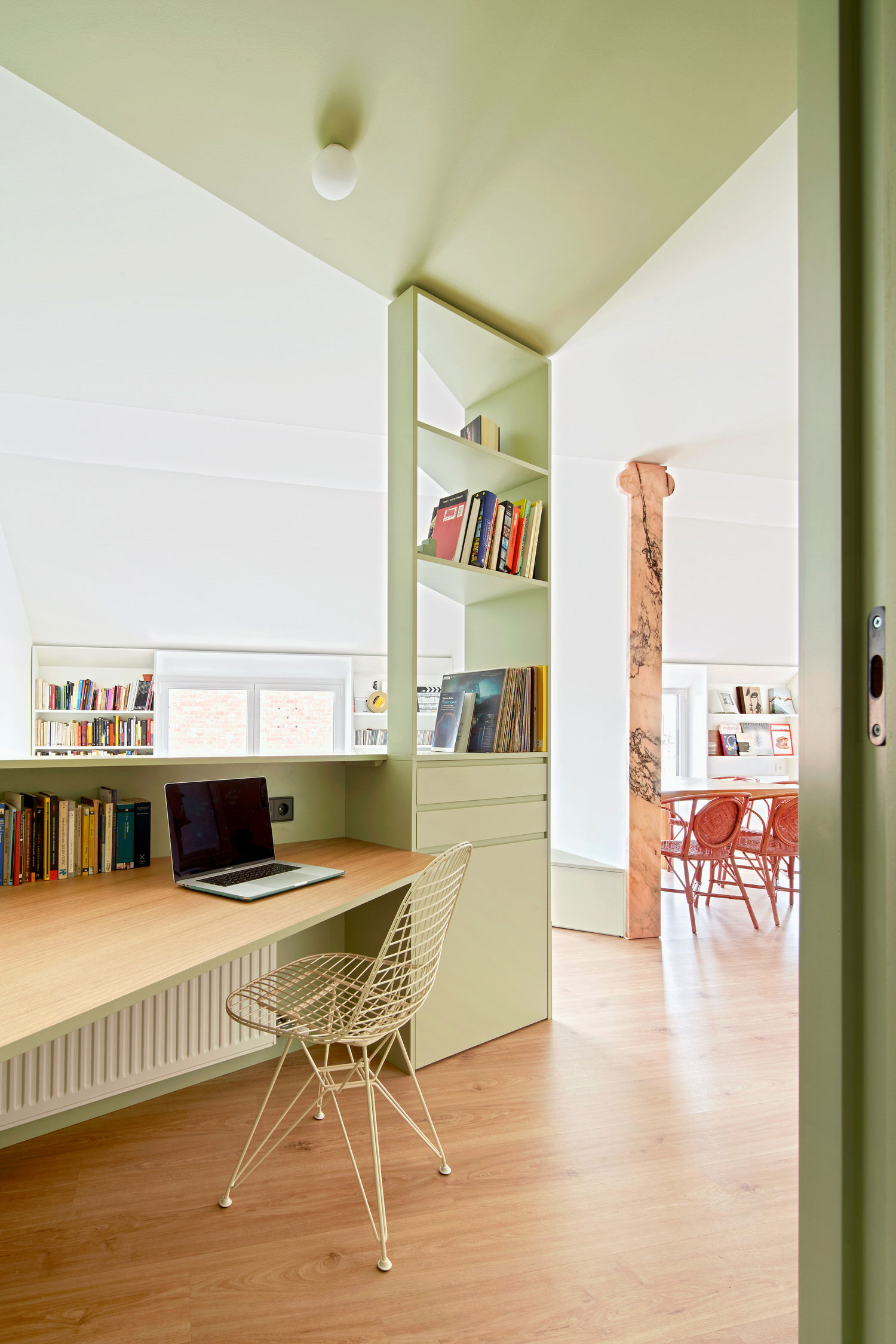 Providencia House sets out to reverse the distribution of typical domestic uses. All partitions have been demolished opening up the floor plan while any intense structural interventions have been avoided. A dramatic rethink of what defines space has resulted in a scheme that is defined by multiplicity.

A geometric maze of custom-made furniture traverses the open floor plan, allowing programs to overlap, intersect, and bleed into one another. The result is an energetic and highly functional living space that moulds to different requirements of the user. 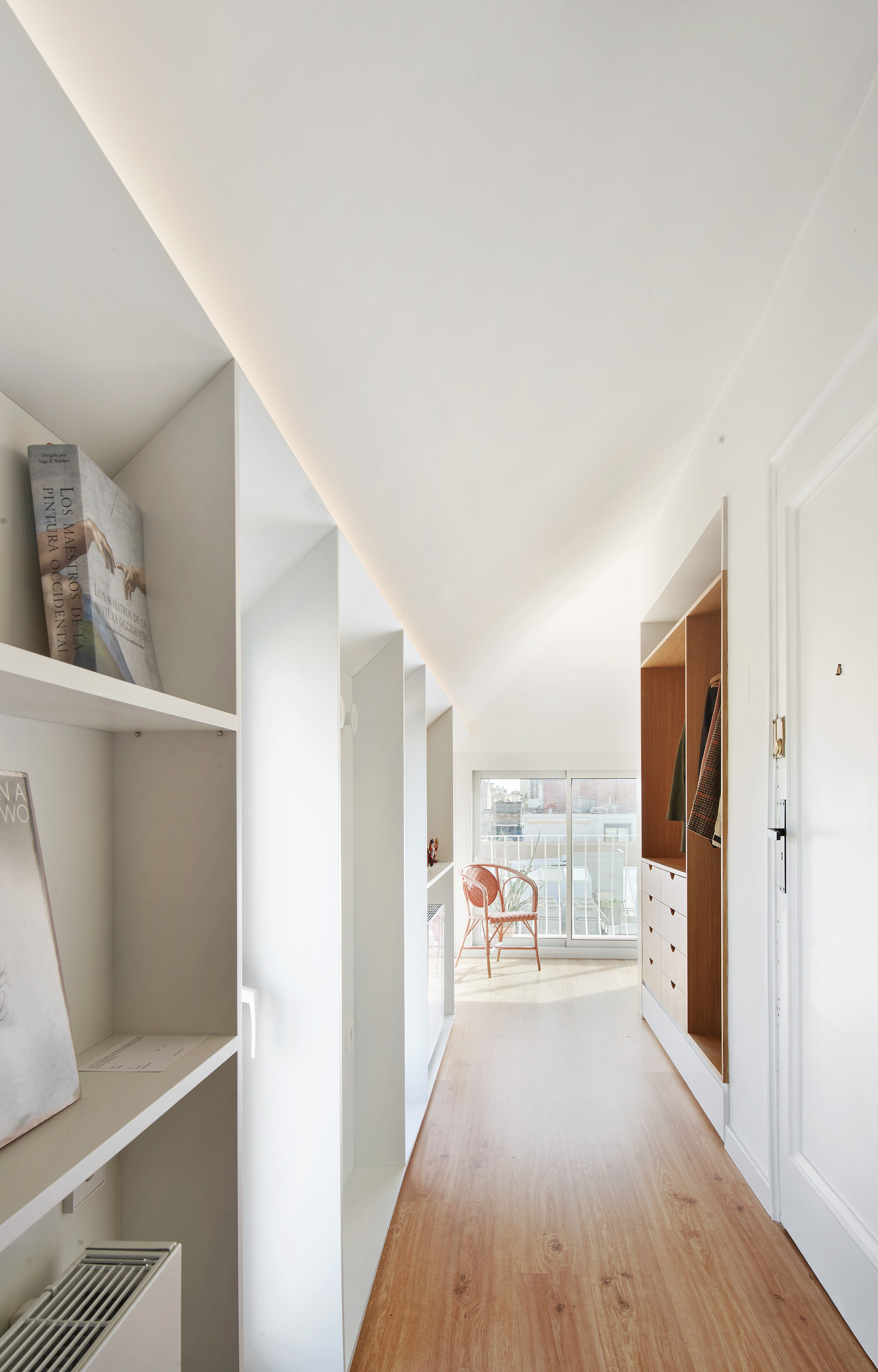 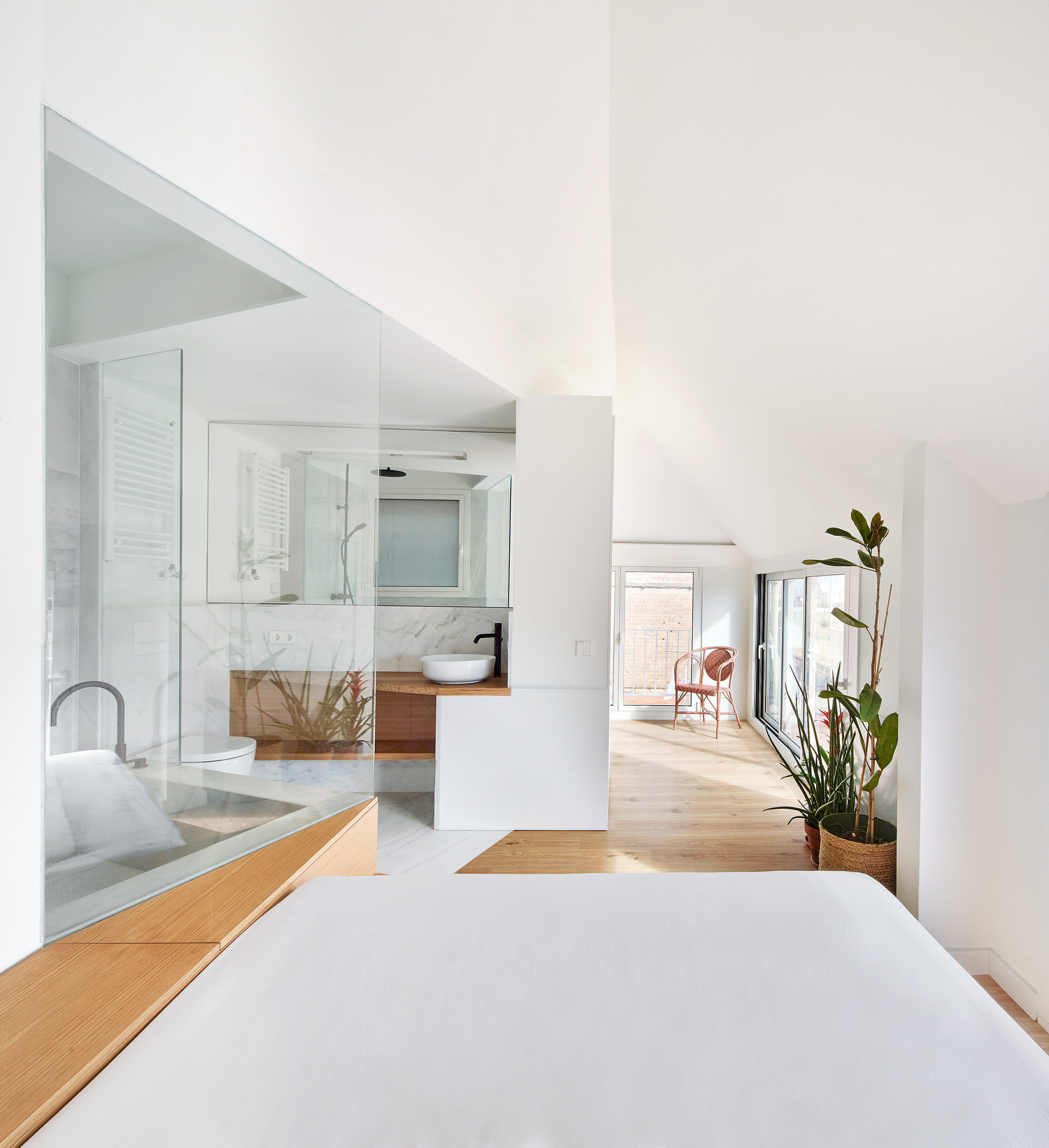 A labyrinth of cabinetry, open shelving, and desk spaces weaves across the interior volume in a pastel green shade before transitioning to a soft salmon tone in the kitchen. Light coloured marble benchtops are used throughout the kitchen and bathrooms, accompanied by timber joinery accents. Although the main elements feature plenty of colour, the interior somehow manages to feel restrained and simple with the colourful elements offset with plenty of white used in the ceilings and the rest of the walls. This balance creates a fun yet relaxing atmosphere that perfectly captures the personality of the occupants.

The Southern facing façade features large windows that channel sunlight deep into the building. Architects have lined the remaining wall with deep shelving, increasing the insulation of the façade while also bringing functionality to a previously unutilised space.