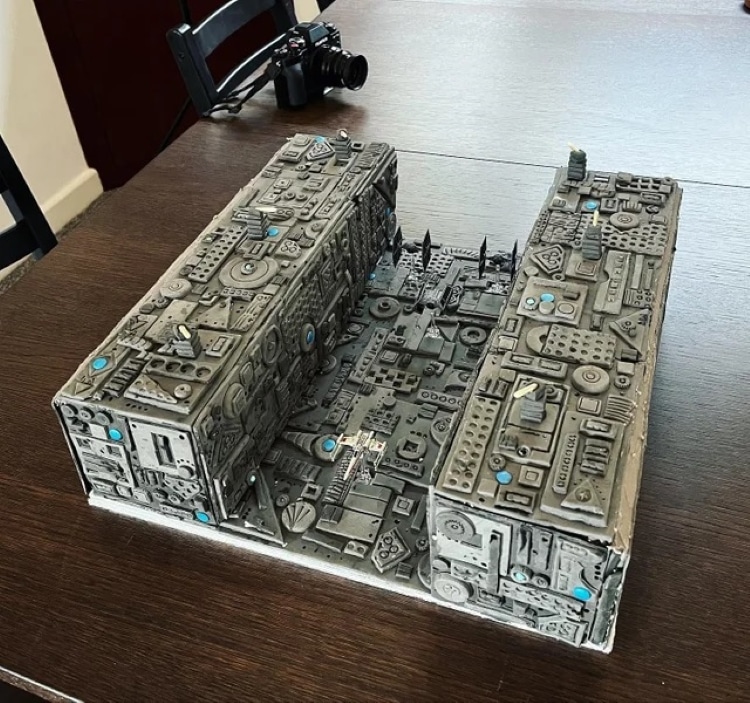 Bakers are no strangers to creating confections inspired by beloved TV and film characters. Star Wars characters and even aircrafts from the franchise have had their fair share of delectable design recreations, but one Redditor named  chose to go a slightly different route. She designed a birthday cake based on a specific portion of a ship that’s perhaps given less attention in the decorating world: the Death Star’s meridian trench.

In the thrilling conclusion of Star Wars: A New Hope (Episode IV), Luke Skywalker navigates the trench in his X-wing in order to fire a torpedo into the ship’s exhaust port, blowing up the Death Star. This scene inspired the LEGO Death Star Trench Run Diorama, which, in turn, was the basis for Rees’ cake.

The cake is entirely edible except for the little ships and their stands. Rees, who dedicated two days to work on the cake, created the decorations first, then baked and decorated the cake on the second day. Not only is the outside of the cake impressive, but it even offers flavor options—one side is carrot cake, and the other is Victoria sponge.

With what must’ve taken Jedi-like focus, Rees used a variety of creative techniques to shape the pieces. Some she cut and shaped with a knife. For others, she used real LEGO bricks as molds to shape and texture fondant and modeling icing.

Fellow Redditors were blown away by the detail of the cake, and asked in the comments if Rees decorated cakes professionally, to which she replied that it was a sort of generational hobby. “My mum always made cakes like this while I was growing up (despite not doing it professionally either,) so I just love doing it for fun.”

Redditor Evie Rees created a cake based on the Death Star’s meridian trench. 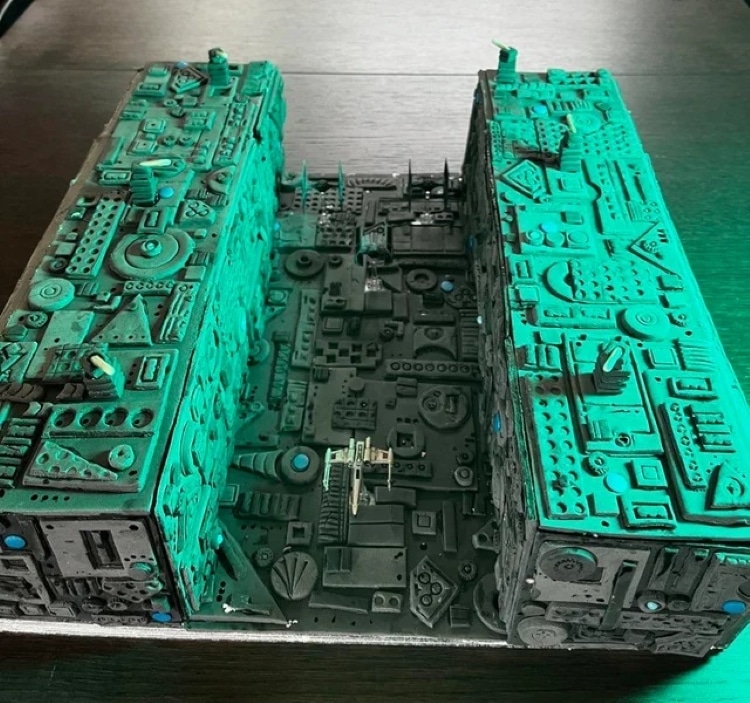 It took her two days to complete. 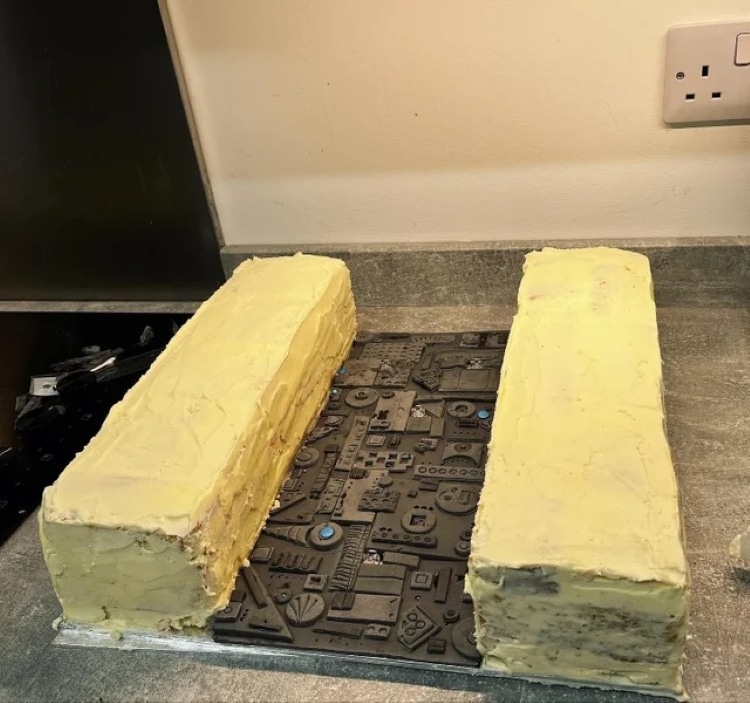 One day was spent shaping the pieces, and the other to bake and decorate the incredibly detailed cake. 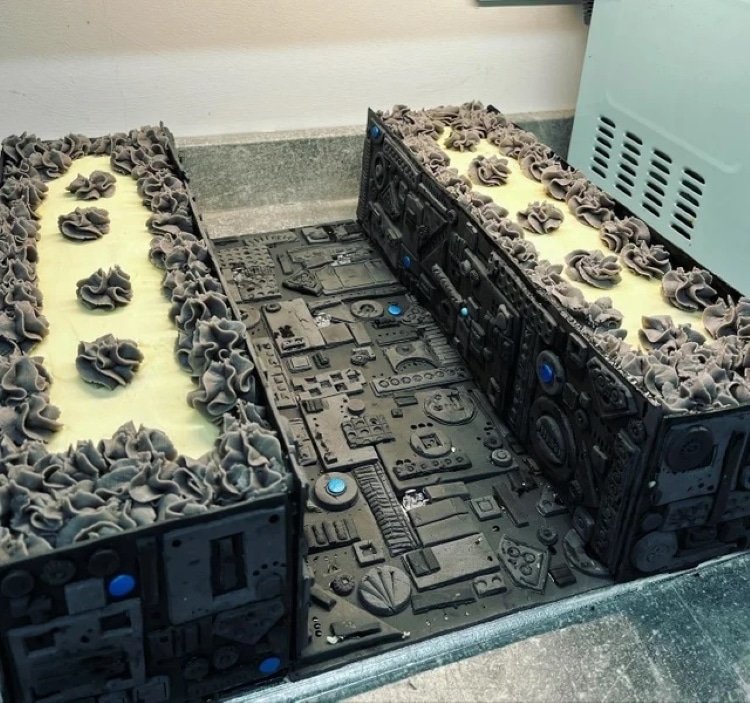 She used real LEGO bricks as molds to shape many of the pieces, which are made of both fondant and modeling icing. 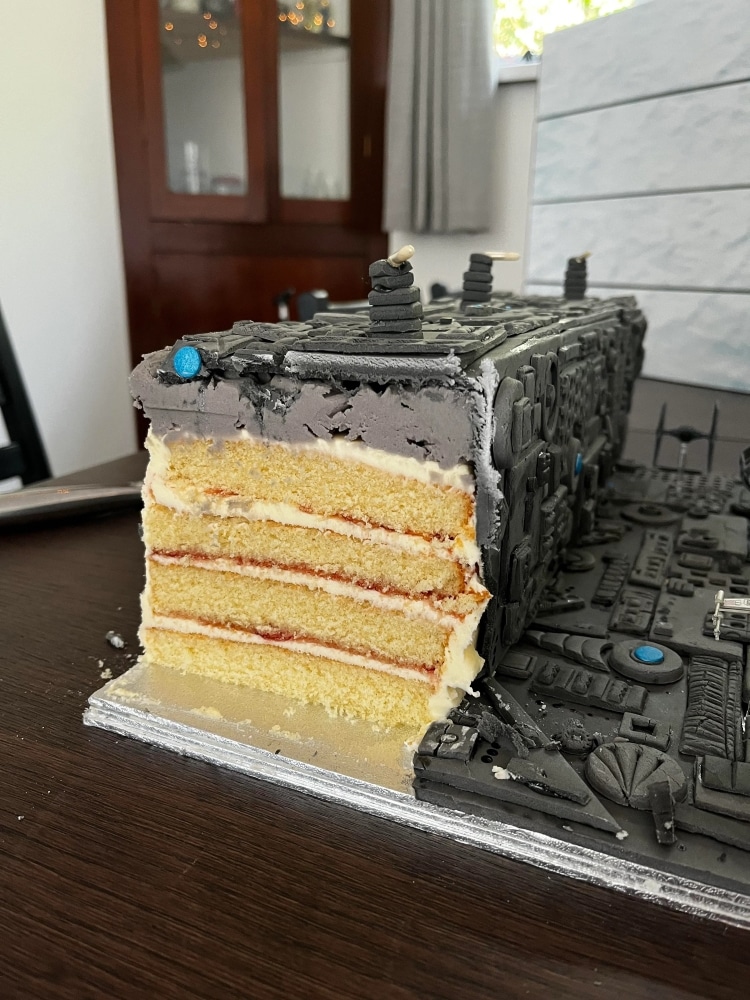 The entire thing is edible, except for the tiny spaceships and their stands. 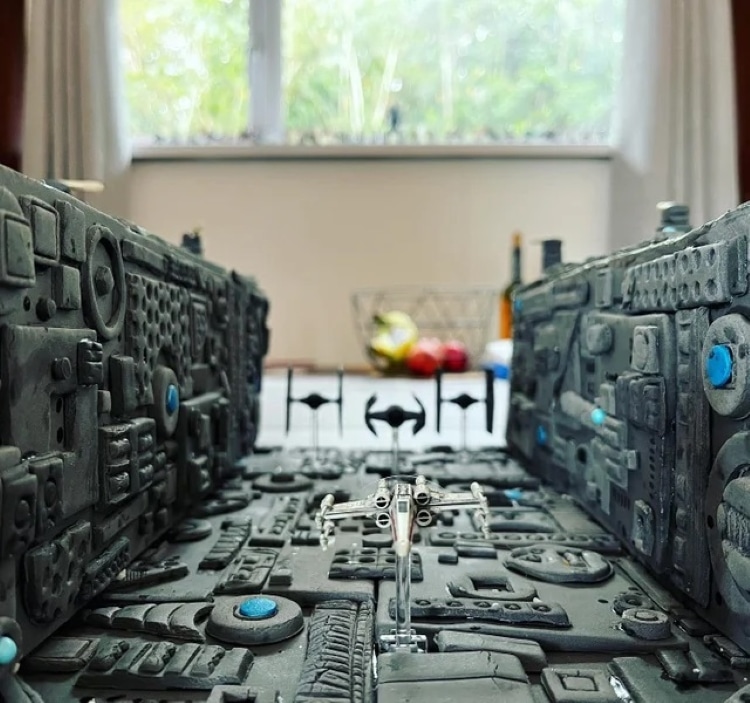 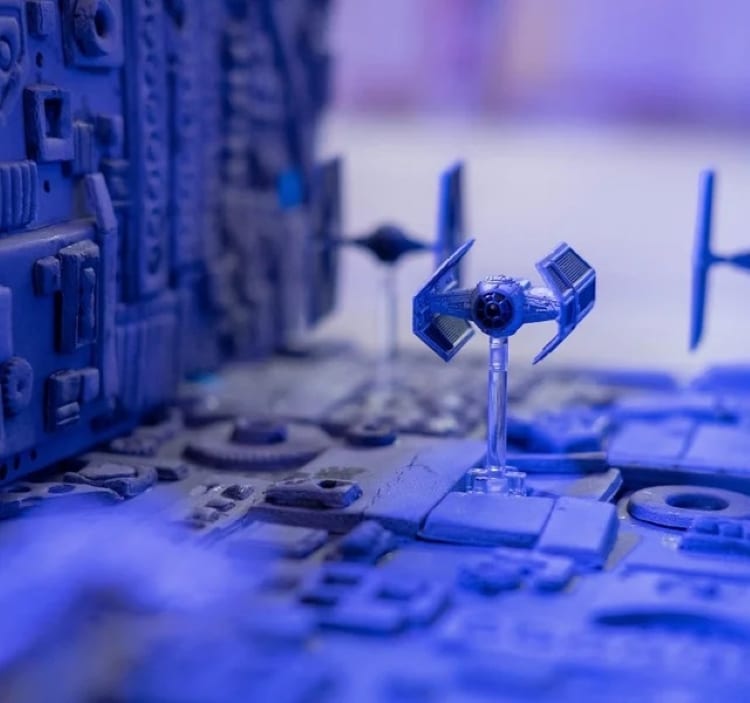 All images via Evie Rees.