Renaissance-Era Venetian Beads Found in Alaska Were There Before Columbus 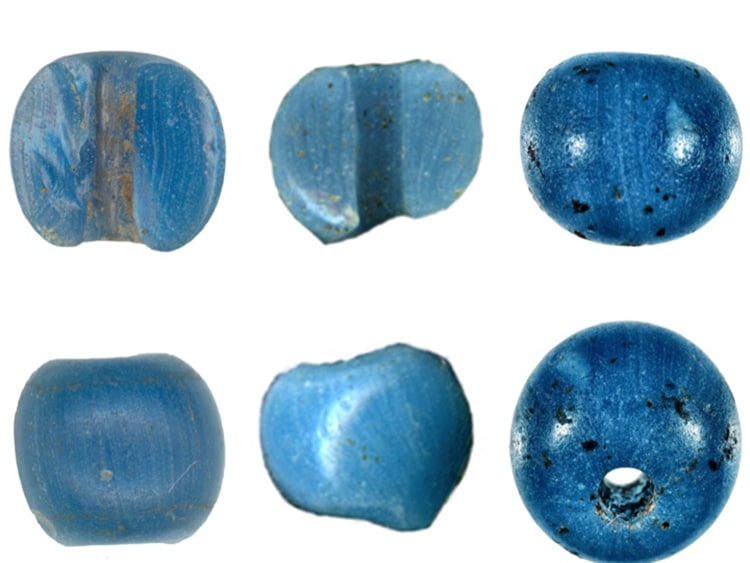 History is replete with problematic—and even factually incorrect—narratives. For example, Columbus did not discover America—if one can even “discover” lands where millions of people already lived. Columbus is not even thought to be the first European to land on the continent. Archeological evidence has shown existed in Newfoundland as early as 1000 CE. As history books move on from simplistic narratives of Europe discovering the Americas, new and exciting archeological finds attest to global networks of trade which pre-date Columbus’ arrival in 1492. A new published in the journal details the finding of Venetian glass beads from the mid-15th century at archeological sites in Alaska.

Authored by and Robin O. Mills, the paper reports that Venetian blue glass “trade beads” were found at three Late Prehistoric Eskimo sites within the Arctic Circle. were glass beads frequently used by European traders in the Atlantic world during the 16th to 18th centuries. Indigenous peoples in the Americas did not have the material glass, so the beads were considered valuable trade items. As the glass capital of Europe, many such beads were produced in Venice—known as Murano glass. While the researchers were excited to find the beads, their true meaning only became apparent after running scientific tests.

The beads were found among other items including copper jewelry. One item found in the cache of objects was twine made of an organic material that may be willow bark. This twine offered a unique opportunity. The researchers had heard of beads discovered at the sites decades earlier, but earlier scholars did not have the technology to date organic material with accuracy. The newly found twine was tested with accelerator mass spectrometry carbon-dating. Carbon-dating judges the age of an organic object by measuring the level of decay of the radioactive element carbon-14. The results of the tested twine were shocking: the material had probably wrapped up the jewelry sometime between 1440 and 1480. As Columbus did not arrive in the , this discovery indicated a pre-existing trade relationship connecting Europe and the Americas.

The beads are the only examples of their kind west of the Rocky Mountains. This fact and their early date suggested to researchers, according to the paper, that “the most likely route these beads traveled from Europe to northwestern Alaska is across Eurasia and over the Bering Strait.” In a from the University of Alaska Fairbanks, the likely path of the beads from Venice to Alaska is laid out.

Italian traders on the late-medieval Mediterranean frequently traded with late Byzantine and early Ottoman traders, who took European products eastward. From there, goods traveled both directions on the famous Silk Road—an ancient trade route between the Mediterranean and East Asia. The beads likely traveled by caravan towards China, eventually passing through traders to the people of what is now Chukotka Autonomous Okrug, a federal subject area of Russia. From here, the beads must have crossed the Bering Strait by boat—a journey of only a little more than 50 miles.

The journey of the Venetian glass beads from Venice to Alaska suggesting trade and travel across the Bering Strait—and between Europe and America—requires further study. The discovery also once again upends narratives of “discovering” an isolated American continent.

Researchers discovered Venetian glass beads in Alaska which date to the mid-15th century, decades before Columbus arrived in the Bahamas. 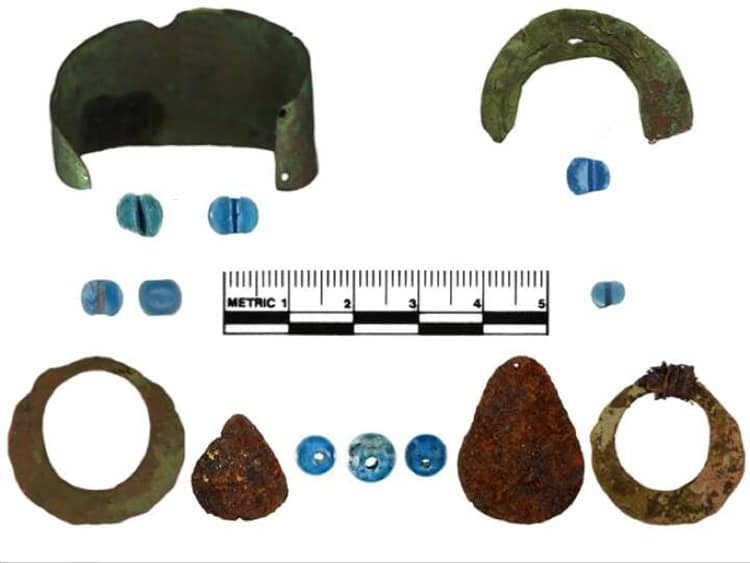 Copper jewelry found near some of the Venetian glass beads at Punyik Point. (Photo: )

The beads were dated using the carbon-dating of a piece of organic twine wrapped around some copper jewelry found with the beads.

Some of the routes considered part of the Silk Road network. (Photo: Kelvin Case via [])

The beads likely traveled along the Silk Road from Venice to what is now the far eastern corner of Russia, where they then were traded by ship across the Bering Strait. 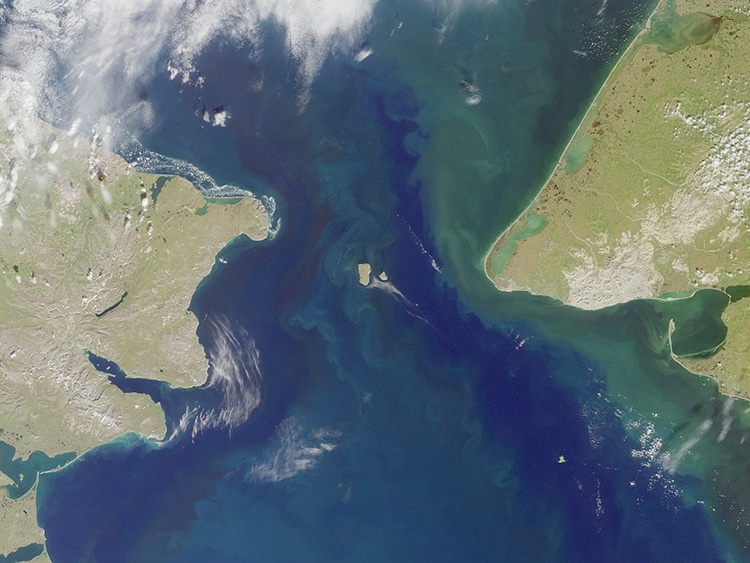