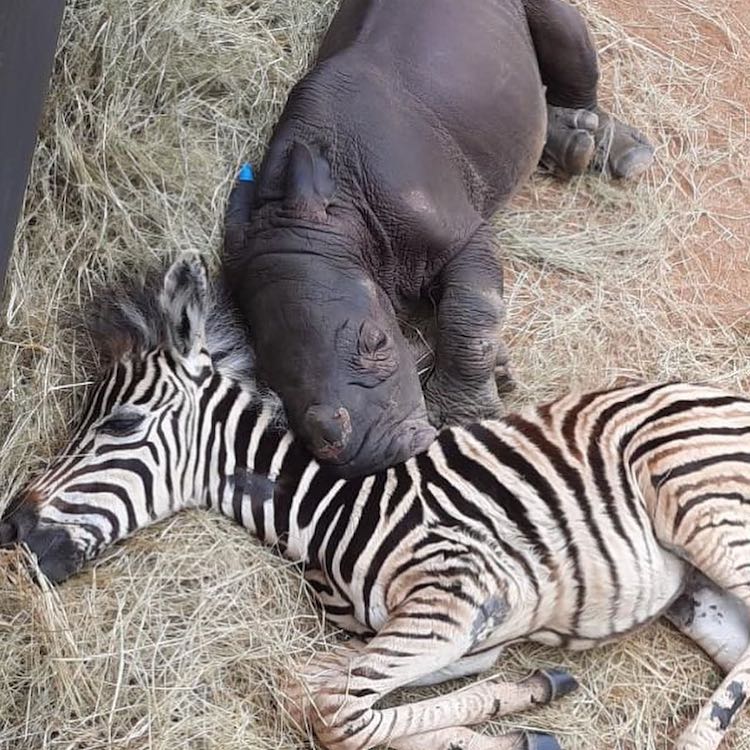 Baby animals can be incredibly open and loving, no matter what their species. And the adorable bond between two unlikely animal friends at the in South Africa serves as indisputable proof of that statement. Daisy, a rescued baby rhino who was found orphaned in the wild, came to the sanctuary in very critical condition. Her mother was nowhere to be seen—thought possibly to be a victim of poachers—when rangers found the baby rhino in with her umbilical cord still attached and fighting to survive. Luckily, when Daisy arrived at Care for Wild’s intensive care unit, Modjadji—a loving baby zebra—was ready and waiting to help nurse her back to health.

Modjajdi had been admitted to the ICU only weeks prior to Daisy, after being found on the reserve following heavy rainstorms. Estimated to be just a week old, the poor baby zebra was motionless and hardly breathing when they rescued her. But following her own recovery, Modjajdi became fast friends with Daisy when she arrived, and the affectionate zebra quickly declared herself to be the ailing baby rhino’s companion and protector. And over the subsequent weeks and months, the two adorable baby animals have formed an unshakable bond of friendship that has helped them both along their journey of healing.

“Modjadji is amazing company for Daisy and very affectionate towards her,” Rachael Pfeiffer, from the Care for Wild Rhino Sanctuary. “They cuddle together at night which gives Daisy comfort and security. She is a friend that can be with her 24/7 and this, in turn, helps prevent too much human contact with Daisy.”

Modjadji’s gentle and caring companionship is also crucial because Daisy is still too weak and vulnerable to be introduced to the other orphaned rhinos at the sanctuary. “It will take some time before she is strong enough to handle the other orphans,” Pfeiffer . “Closest in age to her is Aquazi, whom she met in the ICU, but he just wanted to play and was a bit too boisterous for her at this stage. This is why Modjadji is so important.”

Eventually, Daisy, Modjadji, and their other orphaned friends at the sanctuary will be released back into the wild after they have sufficiently recovered and matured. But the special relationship and bond that these two baby animals have created during their rehabilitation is something that will continue to endure.

To keep up with the journey of these two unlikely animal friends, find Care for Wild Rhino Sanctuary on or . And visit their to learn more about how you can get involved with their wildlife conservation efforts. 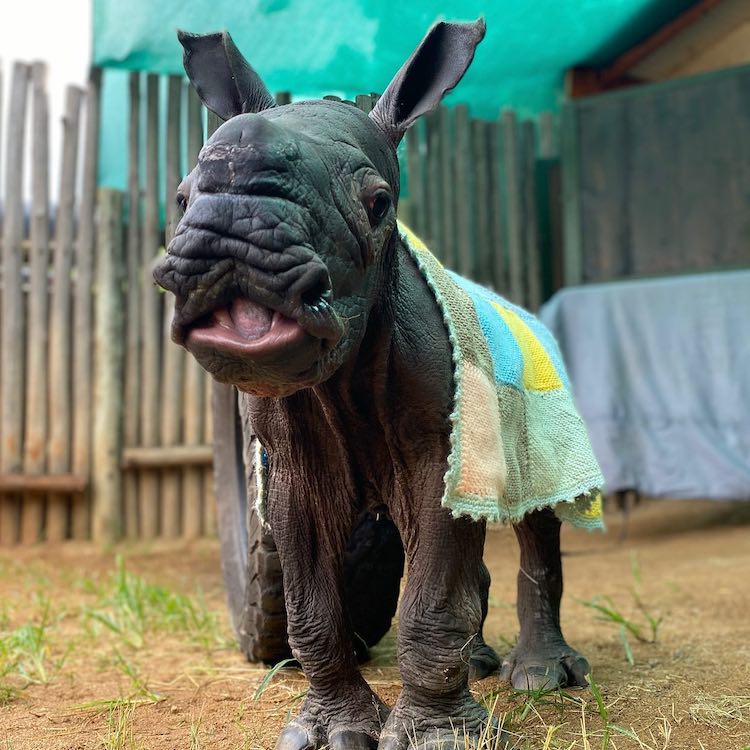 Orphaned and struggling to survive with her umbilical cord still attached, Daisy was quickly rushed to their ICU. 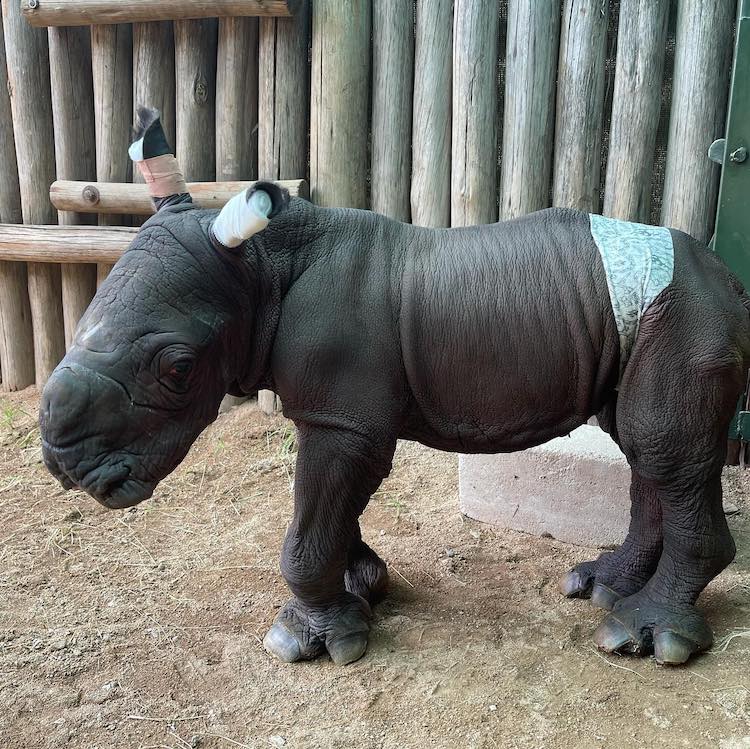 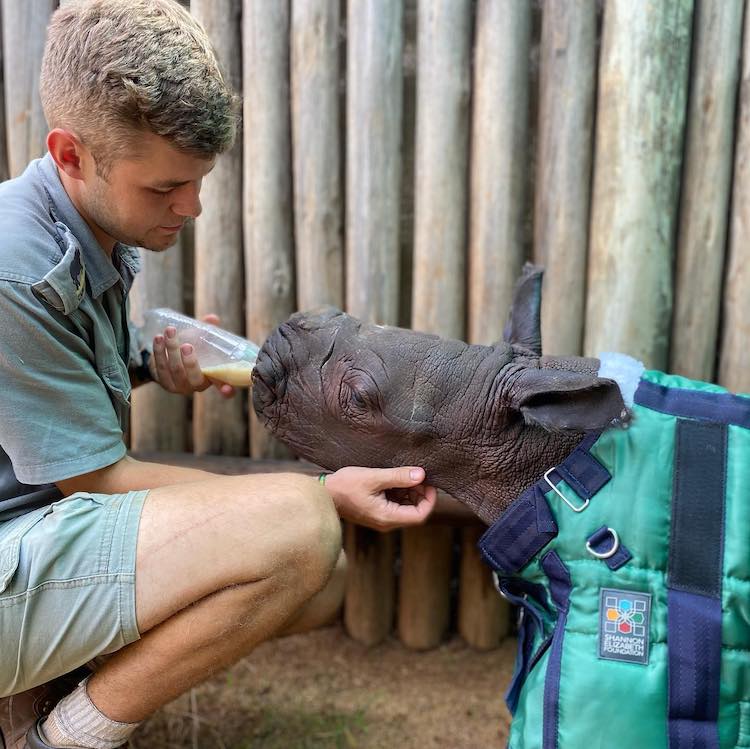 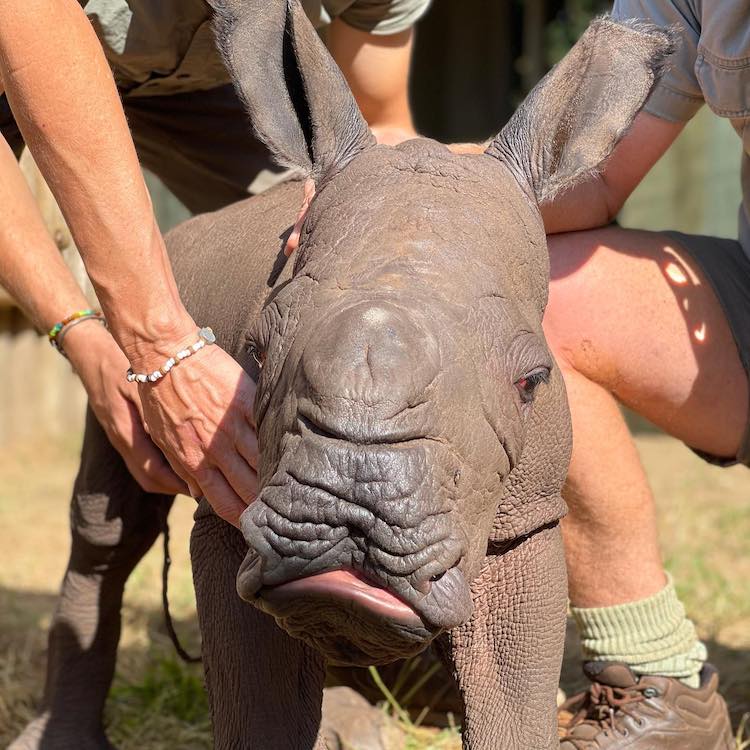 Luckily, an affectionate baby zebra named Modjadji was there, ready and waiting to help nurse Daisy back to health. 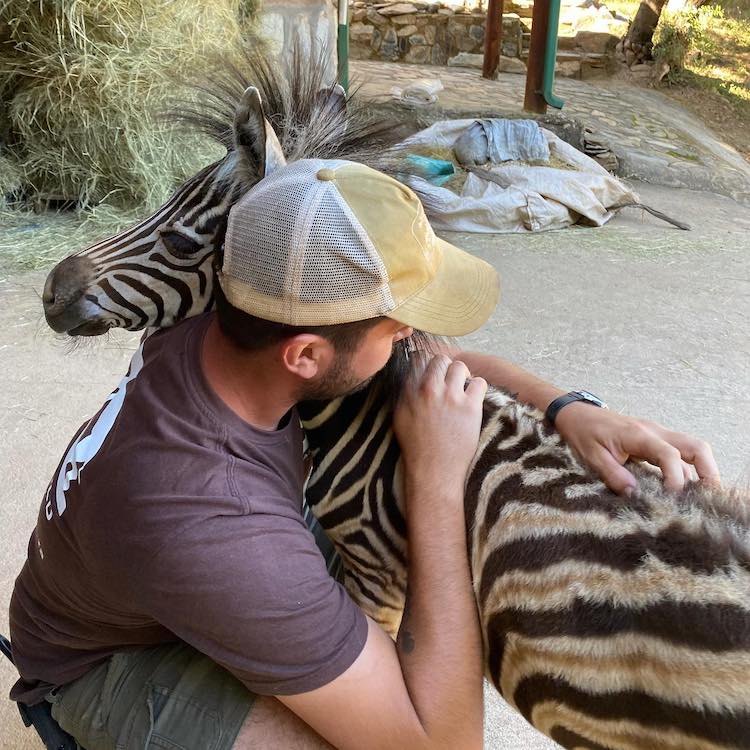 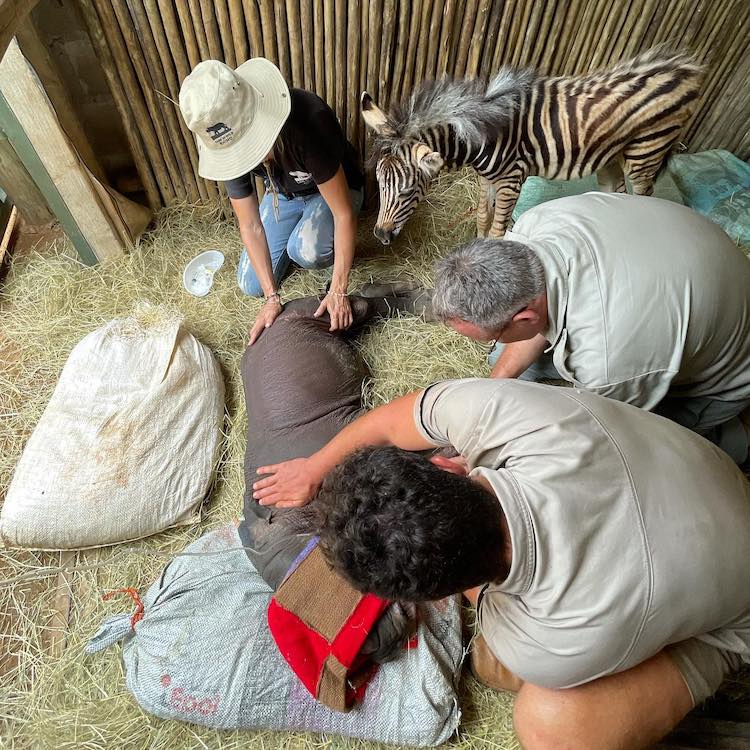 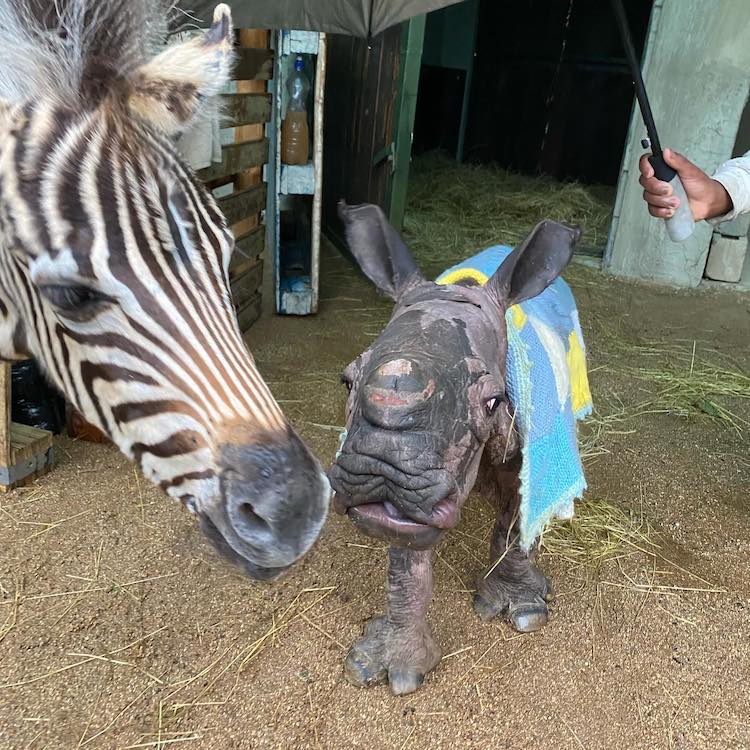 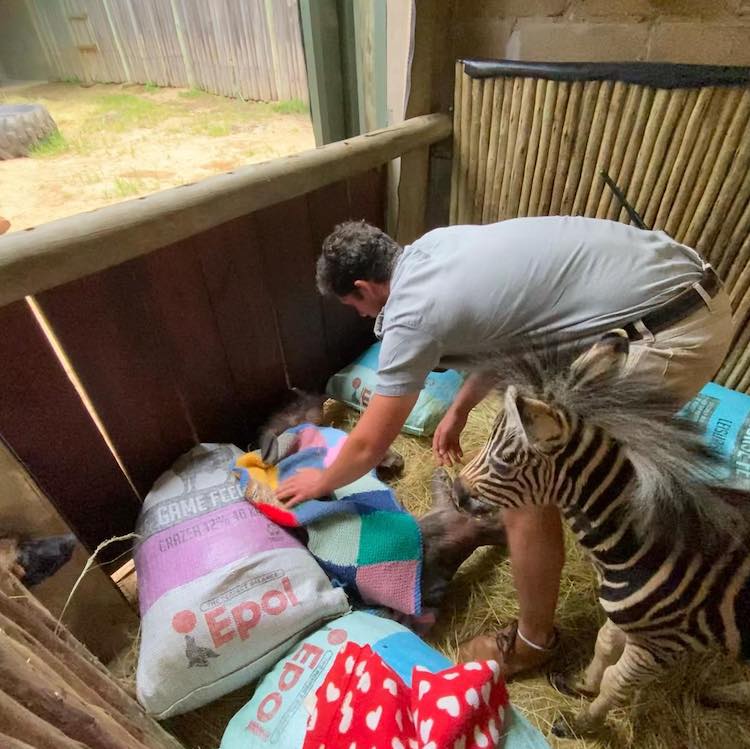 Over the months and weeks since Daisy’s arrival, the two rescued animals have become unexpected best friends. 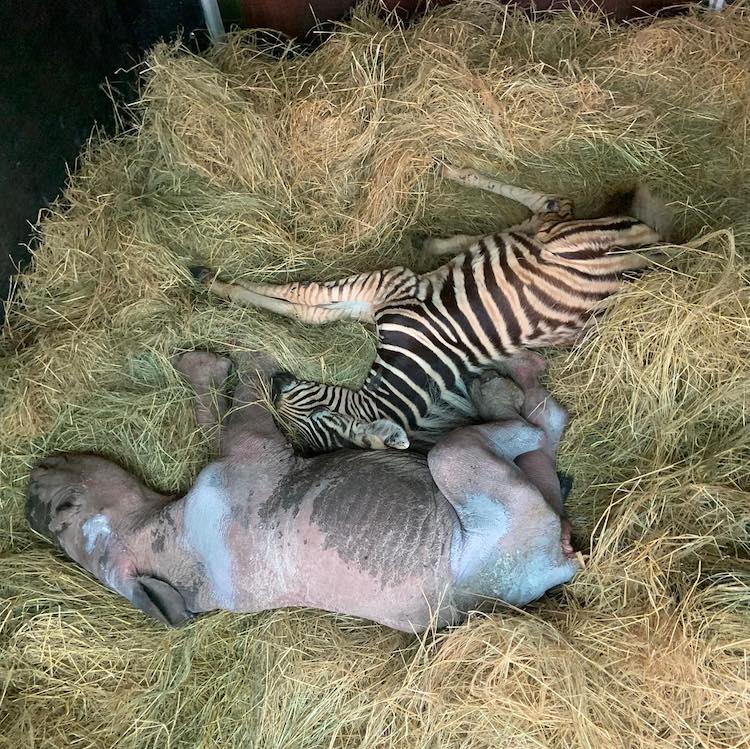 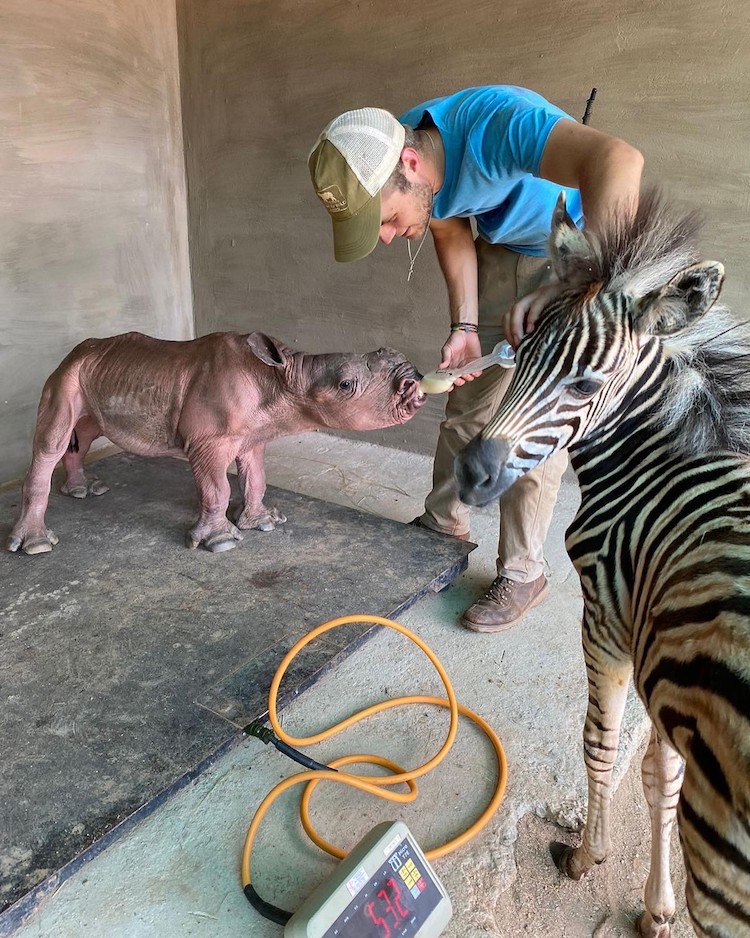 Their bond has helped them both through their rehabilitation. 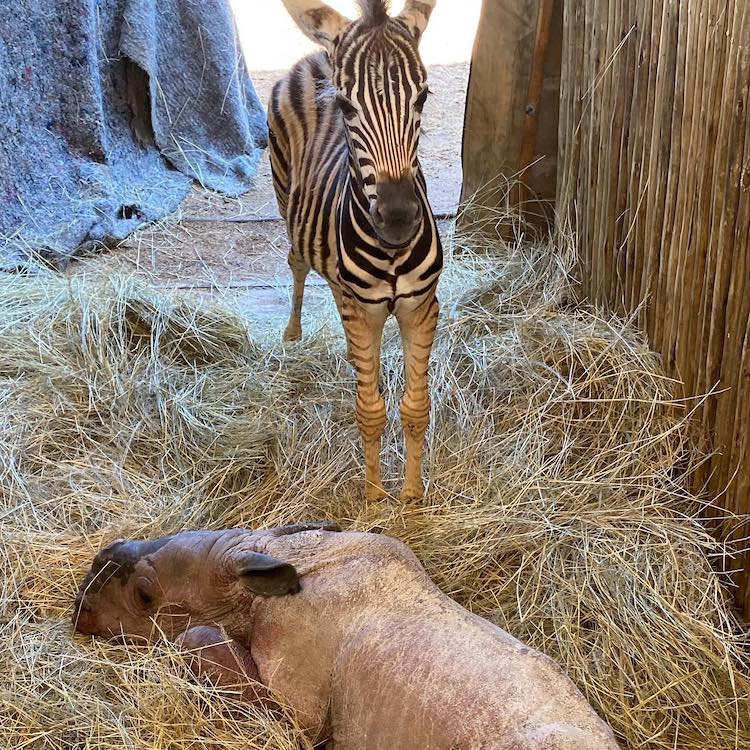 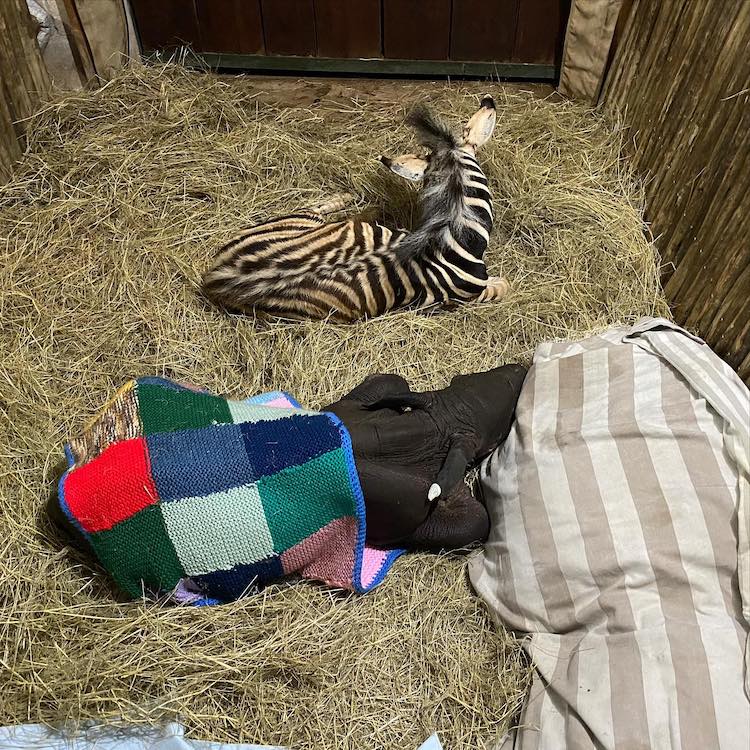 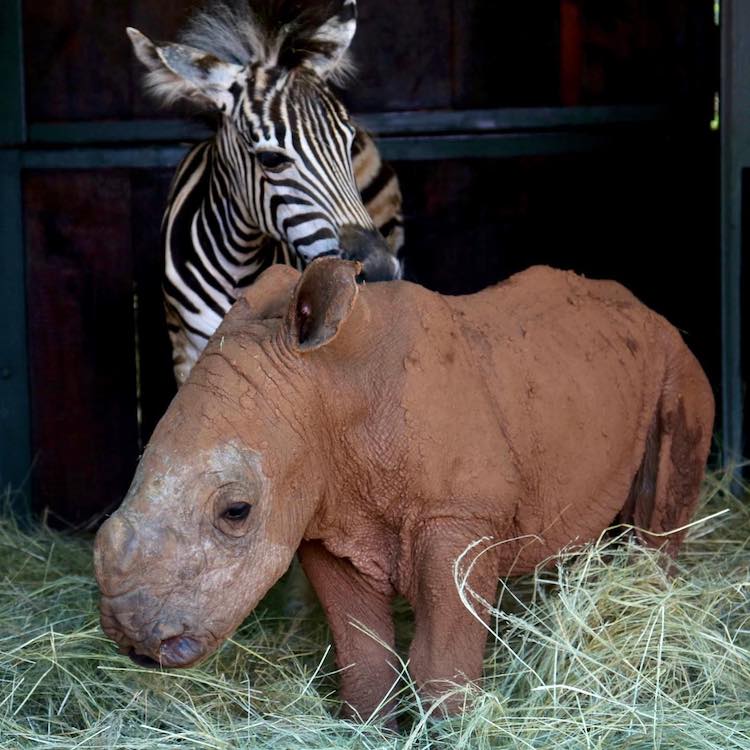 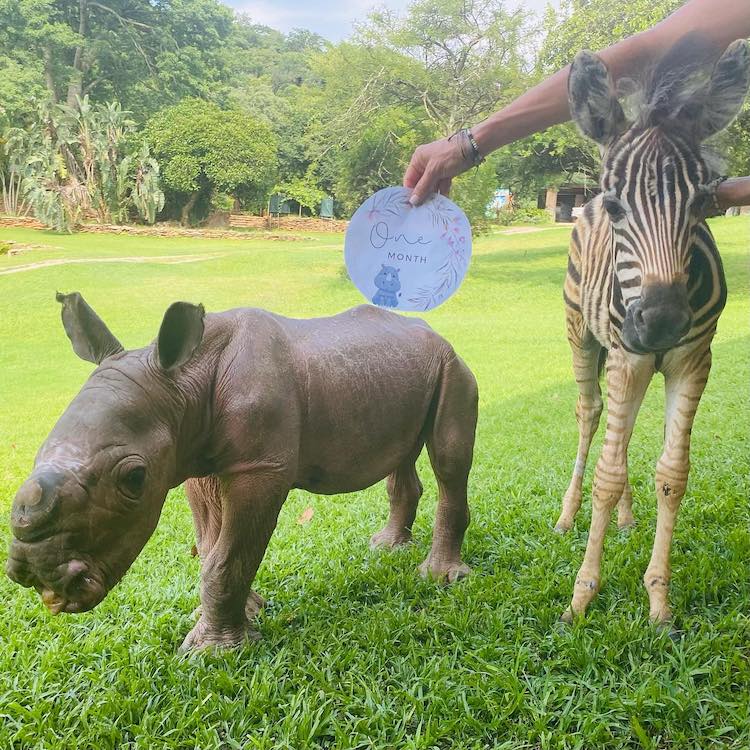 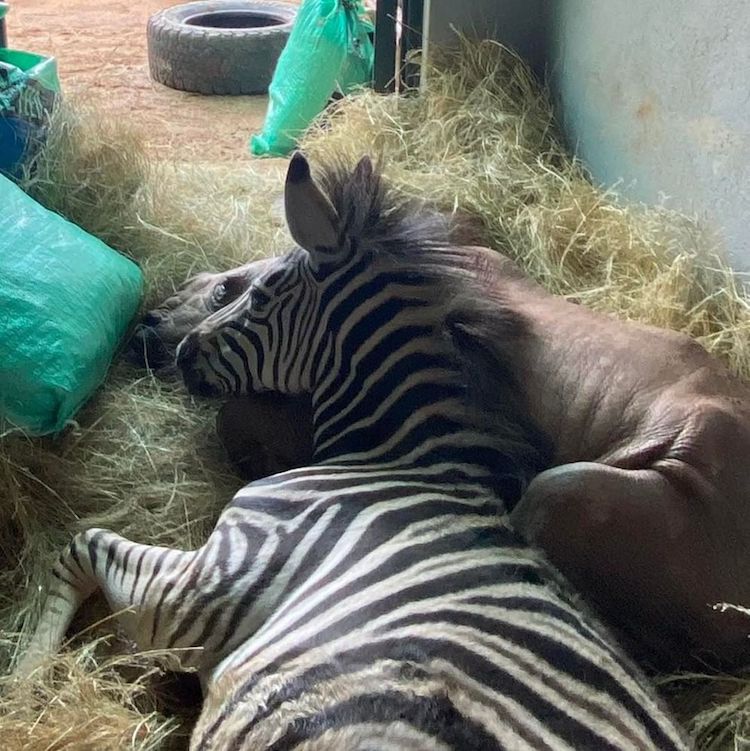 All images via Care for Wild Rhino Sanctuary.