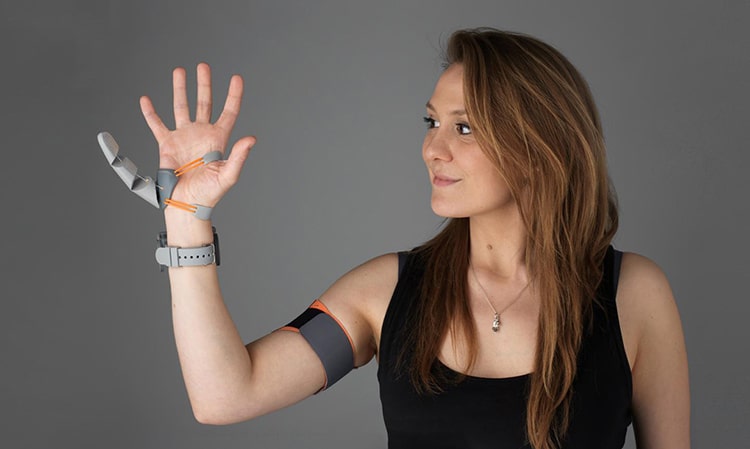 Many humans know that our two opposable thumbs are one of the things that distinguish our species from many others within the animal kingdom. If two thumbs are useful, what about a third? A team of researchers at University College London has recently published the of experimenting with a robotic third thumb in the journal Science Robotics. Using a “third thumb” created by designer Dani Clode, the team conducted the first proper investigation of high-tech body augmentation outside of a lab. They found that the human brain adapts surprisingly easily to an extra appendage.

The robotic third thumb designed by Clode is 3D-printable and controlled by a pressure pad beneath the sole of the wearer’s foot. The high tech finger is worn opposite the natural thumb, below the pinky finger. Clode’s design proved ideal for a team of neuroscientists to use to learn about how our human brains interact with augmentation devices. For the experiment, 20 subjects learned to use the new thumb in a five-day training period. Another 10 also took the training, but with an immobile prosthetic. The participants with the robotic thumb were also encouraged to practice using it at home for several hours a day.

The training addressed how to use the robotic thumb to perform tasks in concert with the other fingers. These tasks included picking up multiple balls or wine glasses with one hand. Distracted tasks were even attempted, such as building with blocks while doing math. In all these exercises of dexterity and coordination, the test subjects learned remarkably quickly. Clode reported in a , “Our study shows that people can quickly learn to control an augmentation device and use it for their benefit, without overthinking. We saw that while using the Third Thumb, people changed their natural hand movements, and they also reported that the robotic thumb felt like part of their own body.” 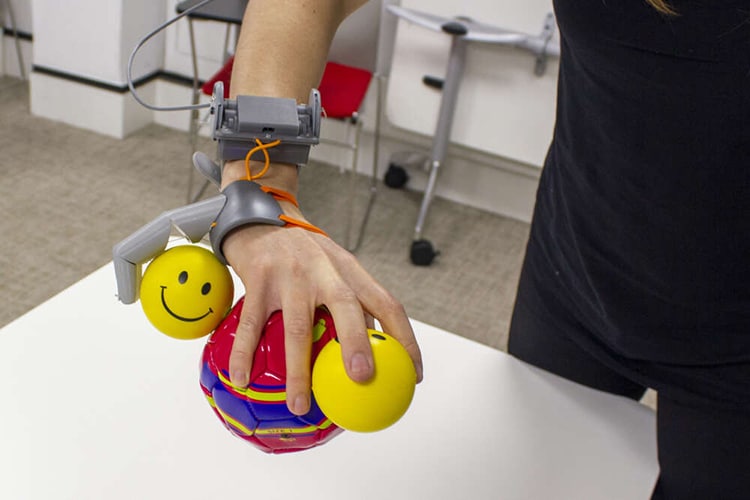 Using the “Third Thumb” to complete one of the training tasks, of holding multiple balls with one hand. (Photo: )

Aside from learning to use the thumb, the subjects were also subjected to an fMRI test to examine their brain’s adaptation to the robotic third thumb. The scans were performed without the robotic addition. However, the team found that on the relevant hand, the brain seemed to “view” the fingers as more alike than on a hand which had never held the helpful third-thumb. These changes in the sensorimotor cortex were subtle, the team reported. By about a week later, the differences had largely subsided in a second scan. While our brains seem to adapt quickly to robotic augmentation of our human body, these neural changes might require sustained use of the augmentation to be maintained.

These significant findings are exciting for both designers and neuroscientists. Clode first designed the Third Thumb as a project “seeking to reframe the way we view prosthetics, from replacing a lost function, to an extension of the human body.” The brain’s willing adaptation to the appendage signals important developments for prosthetic creation as well as body augmentation. First author of the study, Paulina Kieliba, commented, “The success of our study shows the value of neuroscientists working closely together with designers and engineers, to ensure that augmentation devices make the most of our brains’ ability to learn and adapt, while also ensuring that augmentation devices can be used safely.”

A team of designers and neuroscientists at University College London experimented with a robotic third thumb. Participants’ brains adapted quickly to the presence of another digit. 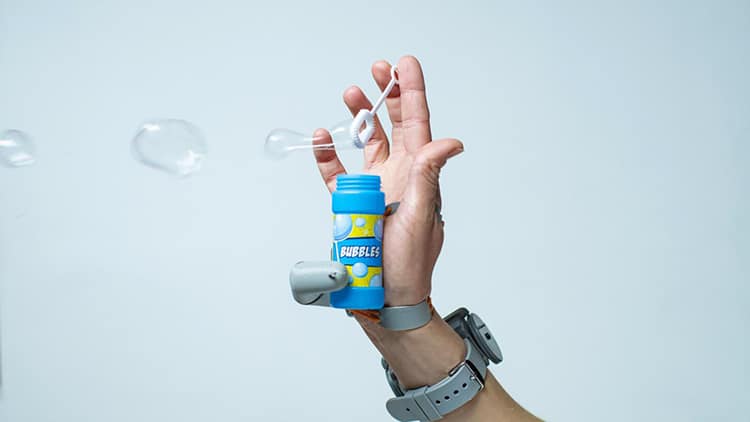