Fossilized human footprints belonging to some of the first humans in North America were found at White Sands National Park in New Mexico. (Photo: )

Ancient fossil footprints found at in New Mexico have recently been discovered to belong to some of the first humans in North America. First spotted by the park’s Resource Manager David Bustos, these ossified tracks give a fascinating window into life in the area thousands of years ago. and researchers from Bournemouth University, the National Park Service, the U.S. Geological Survey, Cornell University, and the University of Arizona led joint research to learn more about the origins of these markings. Data uncovered by the experts revealed the footprints to be about 21,000 to 23,000 years old—several thousands of years before humans were originally believed to have arrived on the continent.

“It’s the earliest unequivocal evidence for humans in the Americas,” Matthew Bennett, a professor of environmental and geographic sciences at Bournemouth University and the lead author of the study. “A footprint is a really good, unequivocal data point. That’s the importance of this site—we know they were there…There are multiple footprint layers spanning a significant amount of time, suggesting a sustained human presence in the area during the , as opposed to a single event.”

Though it is mostly desert now, the area used to be a verdant wetland at the time these impressions were made, populated by prehistoric animals such as , giant ground , dire wolves, and wild camels. People likely hunted there, and animal tracks can be found intermingled with those of their two-legged neighbors. The fossilized human footprints were originally formed in soft mud on the banks of what used to be a shallow lake, which now forms part of Alkali Flat at White Sands.

Utilizing seeds found embedded in the prints and in the layers of sediment above and below them, scientists used a process called radiocarbon dating to analyze and establish a timeline for when these markings occurred. “Our dates on the seeds are tightly clustered and maintain stratigraphic order above and below multiple footprint horizons,” Kathleen Springer of the U.S. Geological Survey, “this was a remarkable outcome.”

Further information from the study can be found in the journal , where the research was published.

Fossilized human footprints found at White Sands National Park in New Mexico were discovered to belong to some of the first humans in North America. 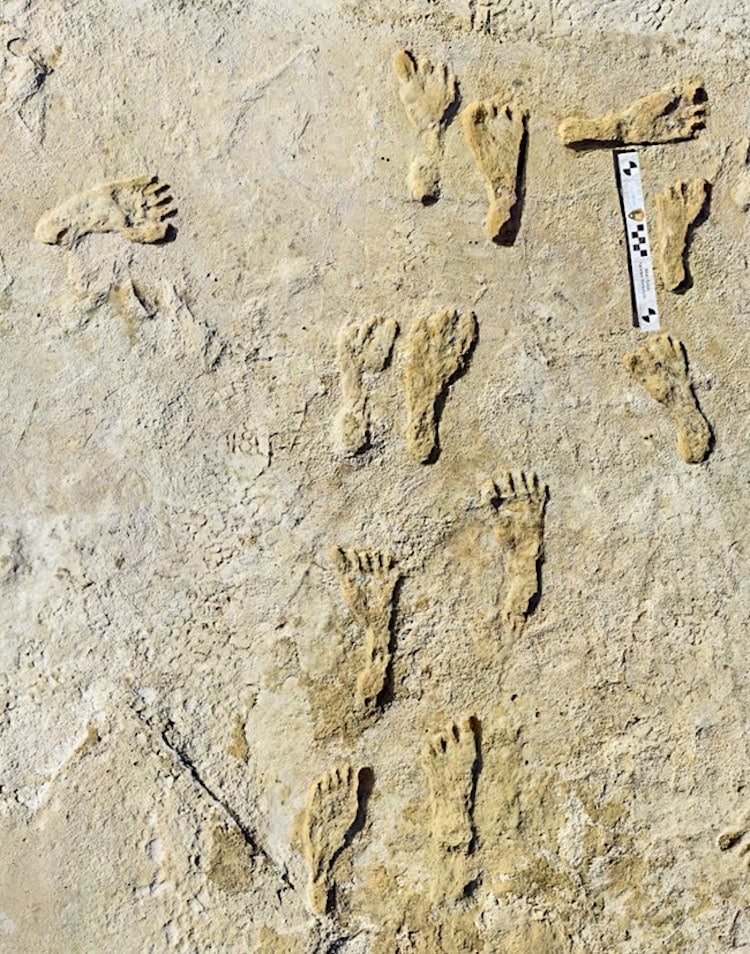 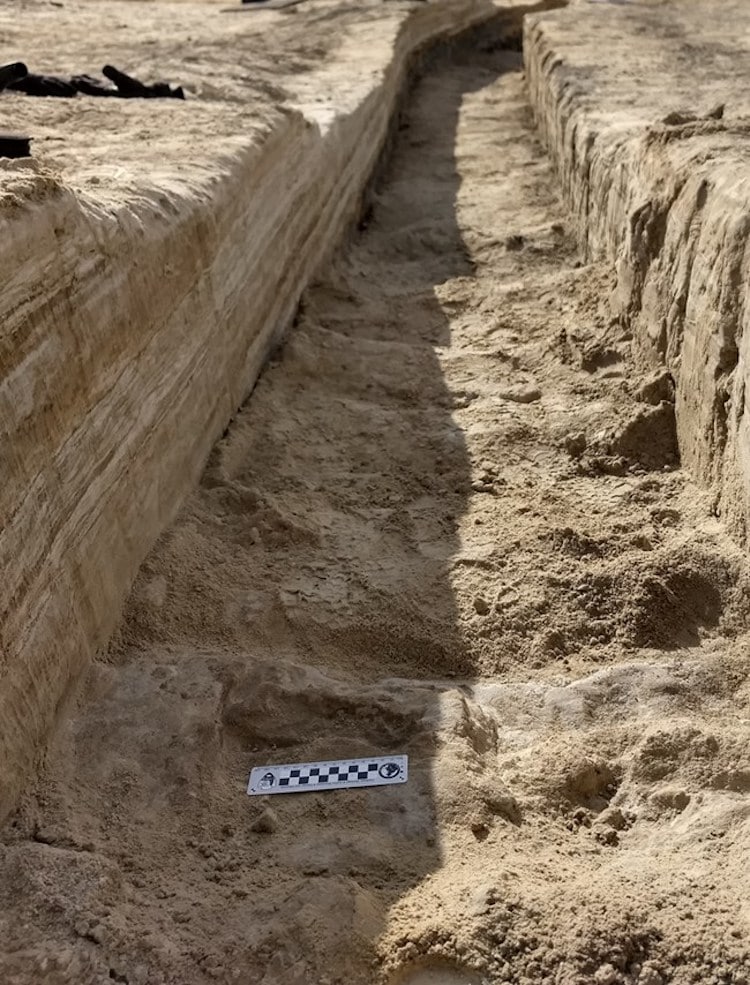 A trench dug into the brown gypsum soil on a lake playa in White Sands National Park reveals more human footprints below the surface. (Photo: )

Though it is mostly desert now, this is what the area would have been like at the time the markings were made. 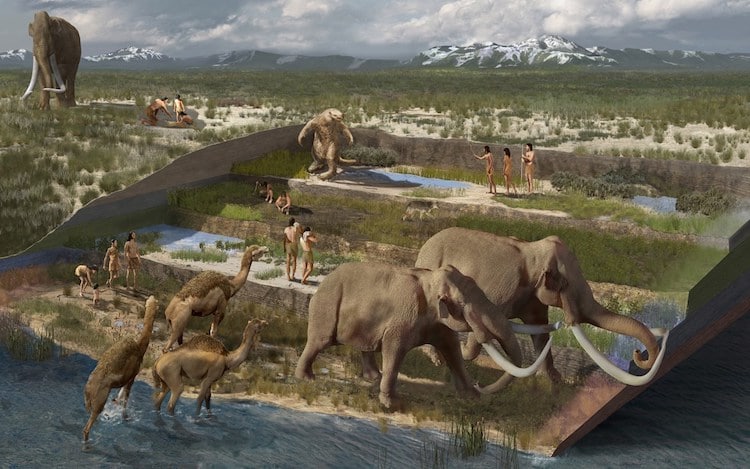 Showing the different “time periods” of the last ice age, and before the sand dunes formed, White Sands would have looked like a mix of grasslands and wetlands surrounding the great ancient Lake Otero. (Image: Karen Carr via )

Watch this video to learn more about the groundbreaking research: