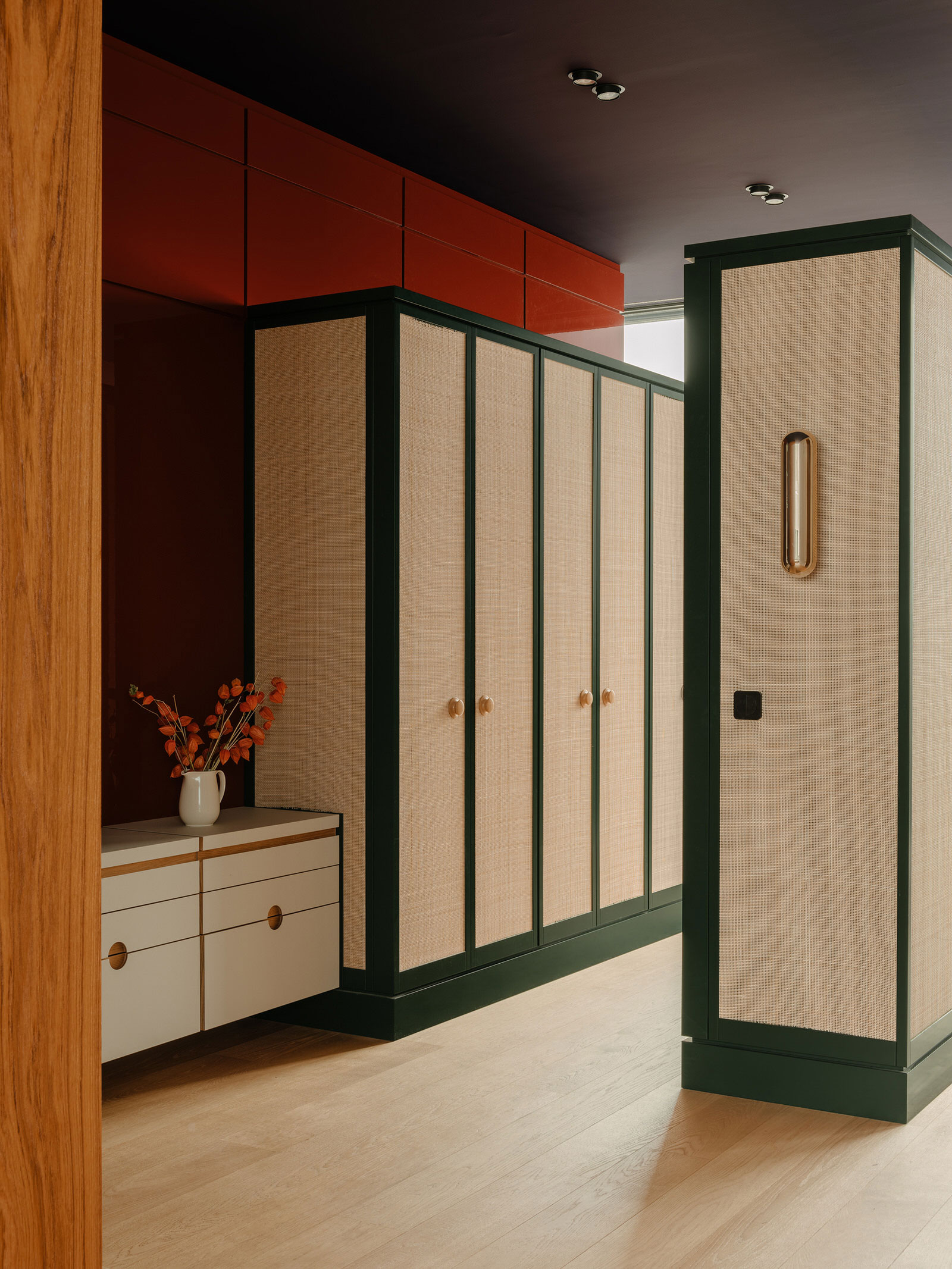 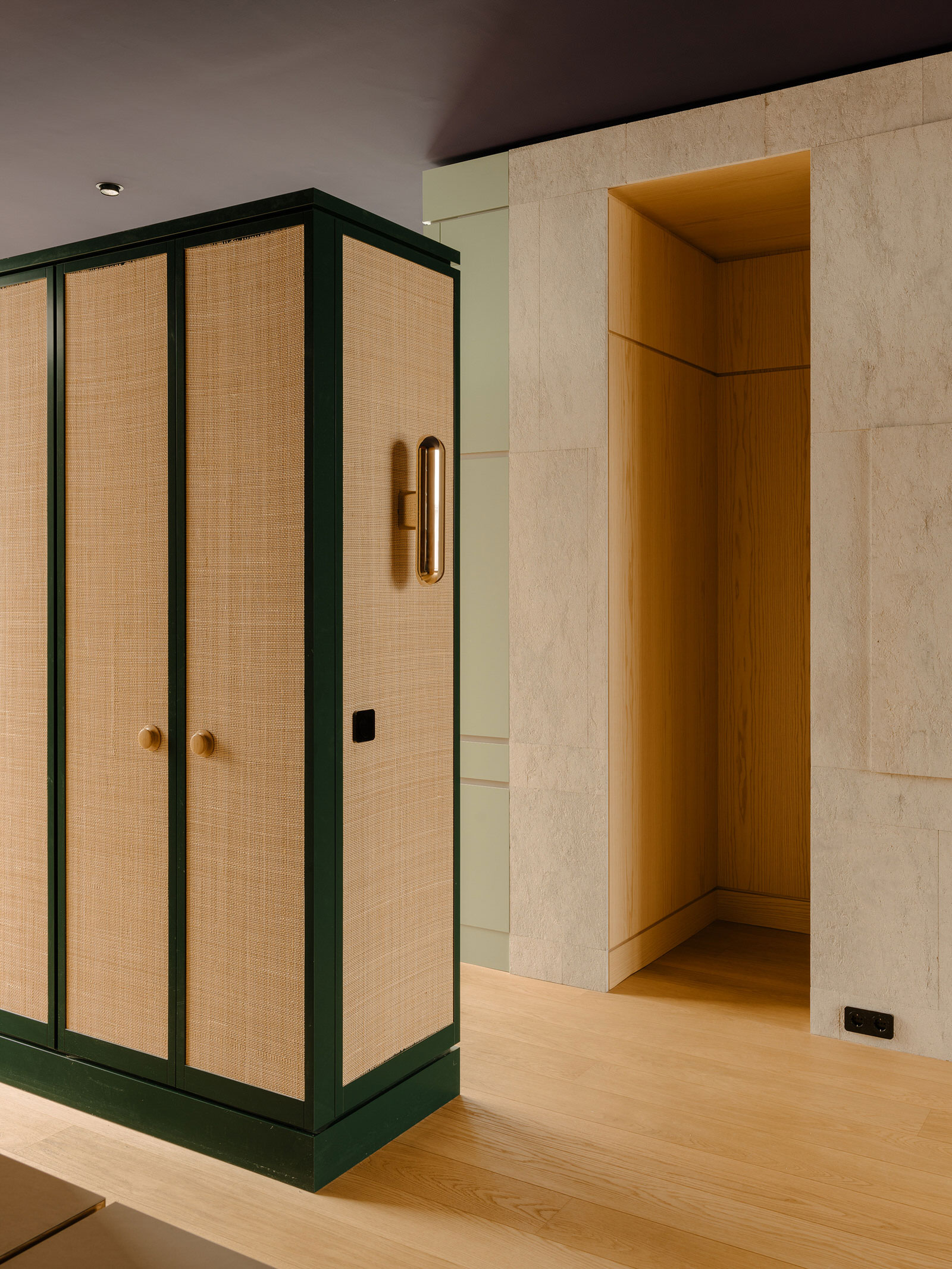 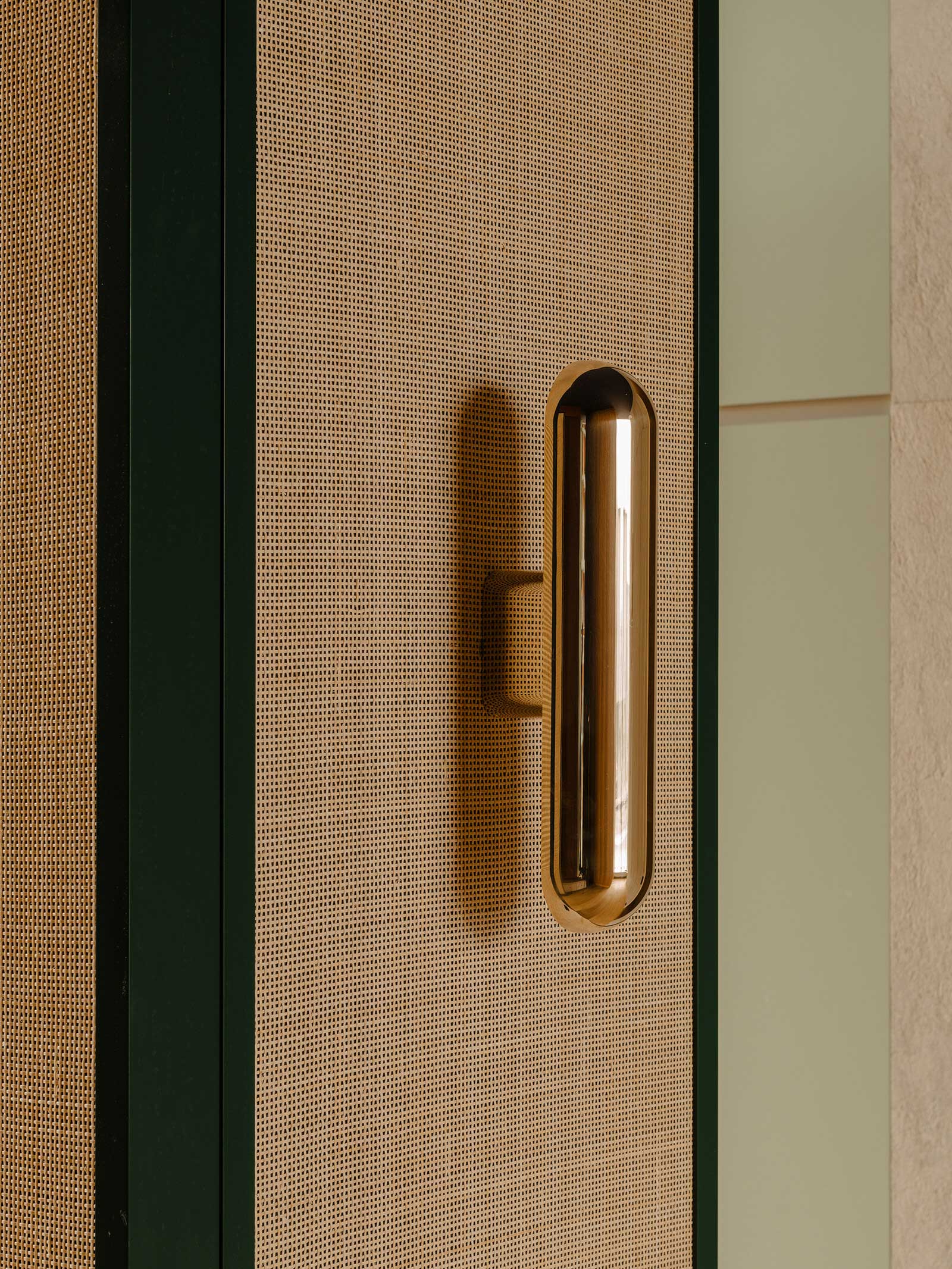 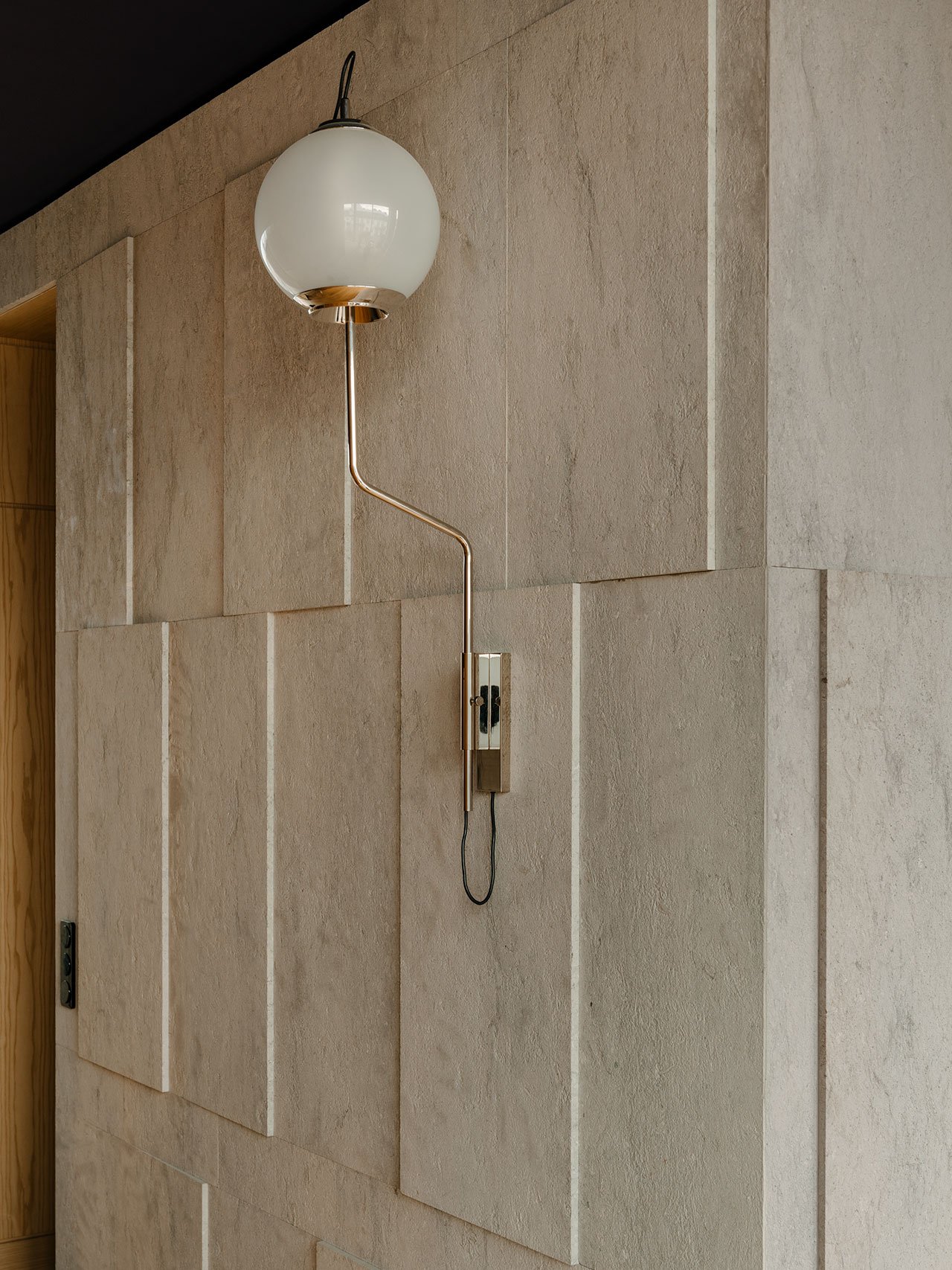 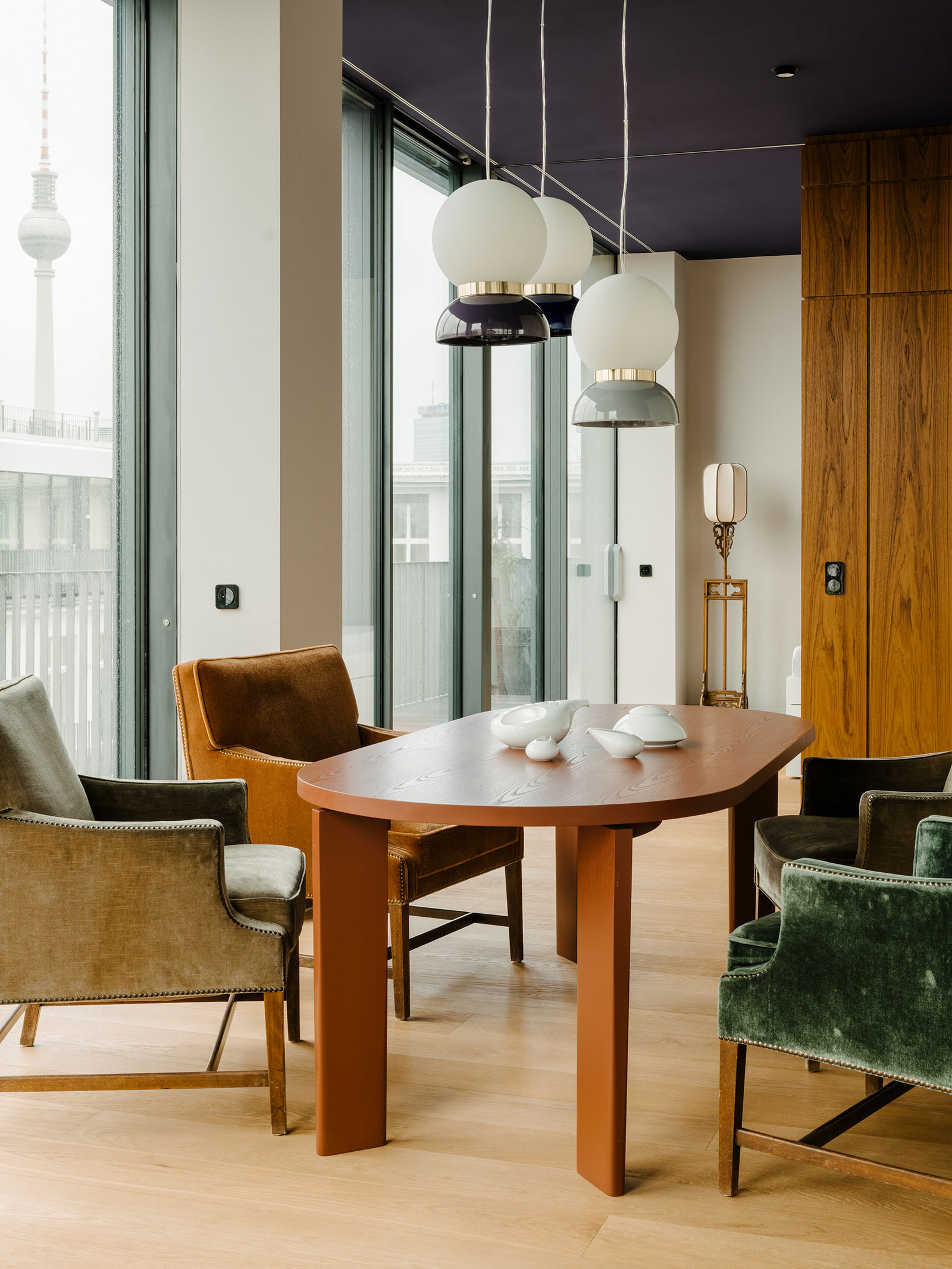 If you were to fly over the heart of , more specifically over the borough of Mitte, you’d spy a 1930s apartment entirely enveloped by glass. From the sky, “you’d see a large glass cube with three rooms distributed like little boxes,” says interior designer , who was luckily on earth when he took up the task of renovating the property.

For Gisbert, the project was a top-to-bottom job. “Only the glass shell remained,” he recalls. “Even the floor plan was completely revised.” So out went the original hallway and three bedrooms to make way for what Gisbert likes to call an “open village”, where only the master and guest bedrooms, and the guest bathroom, can be closed off. 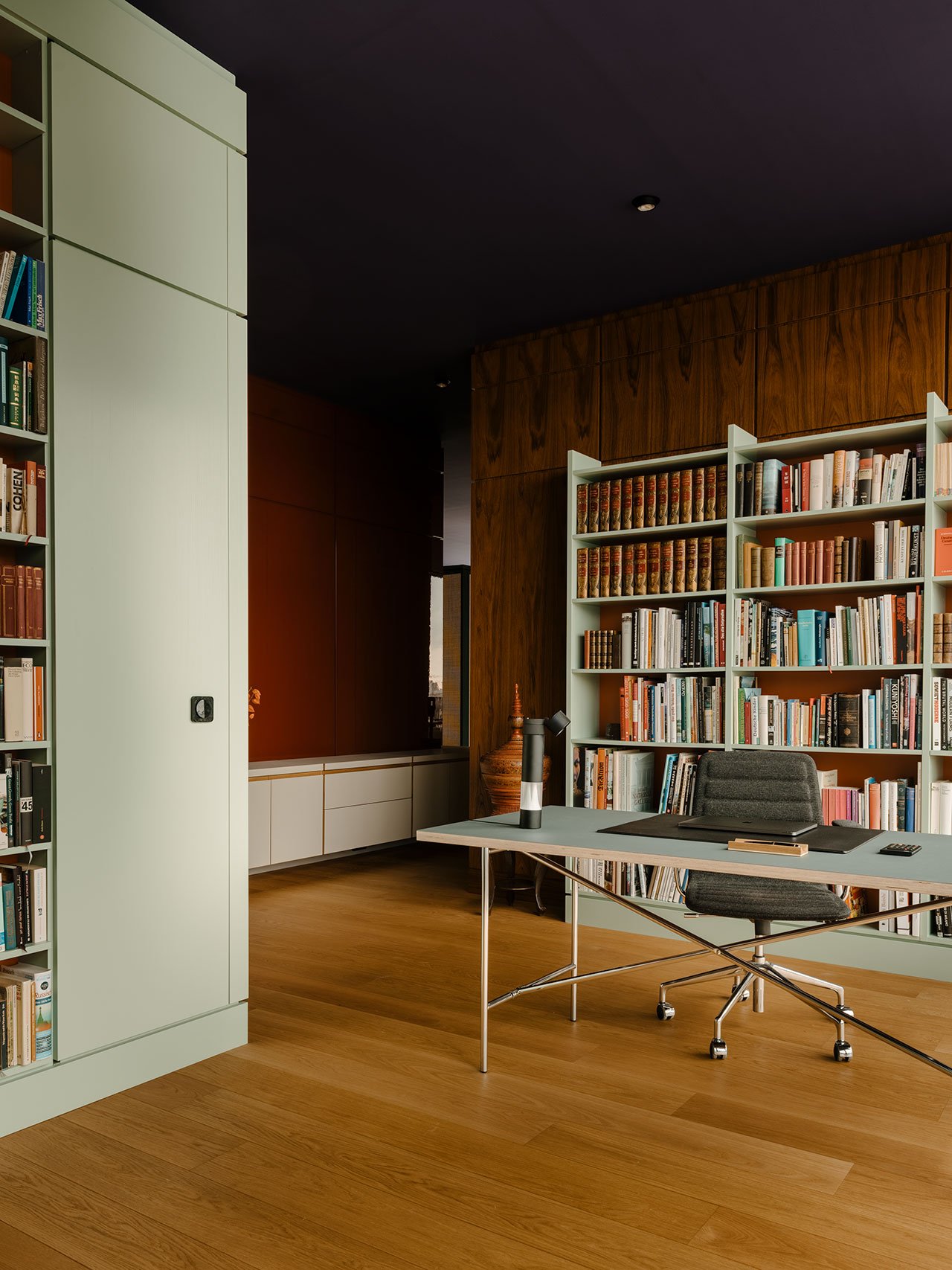 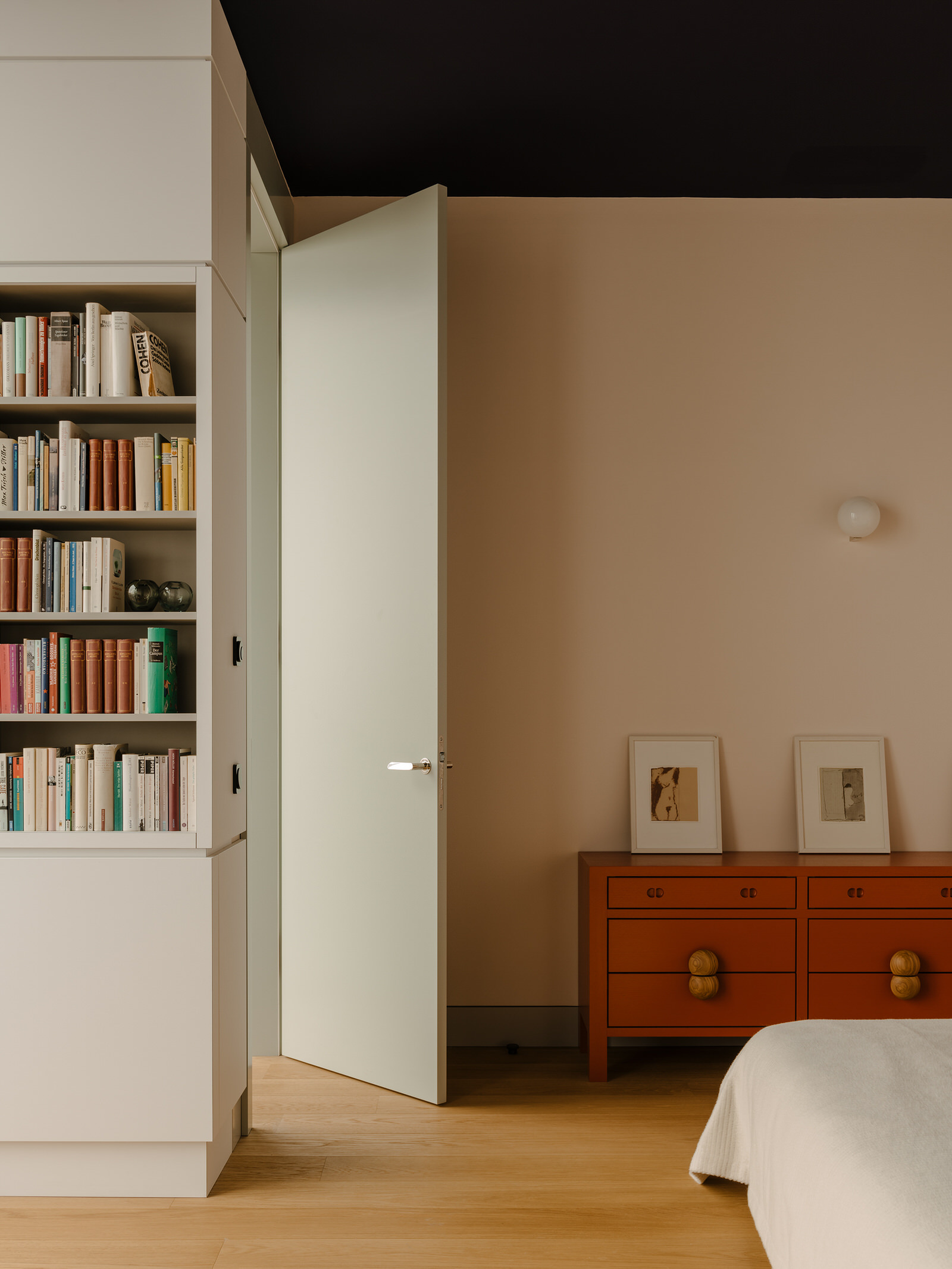 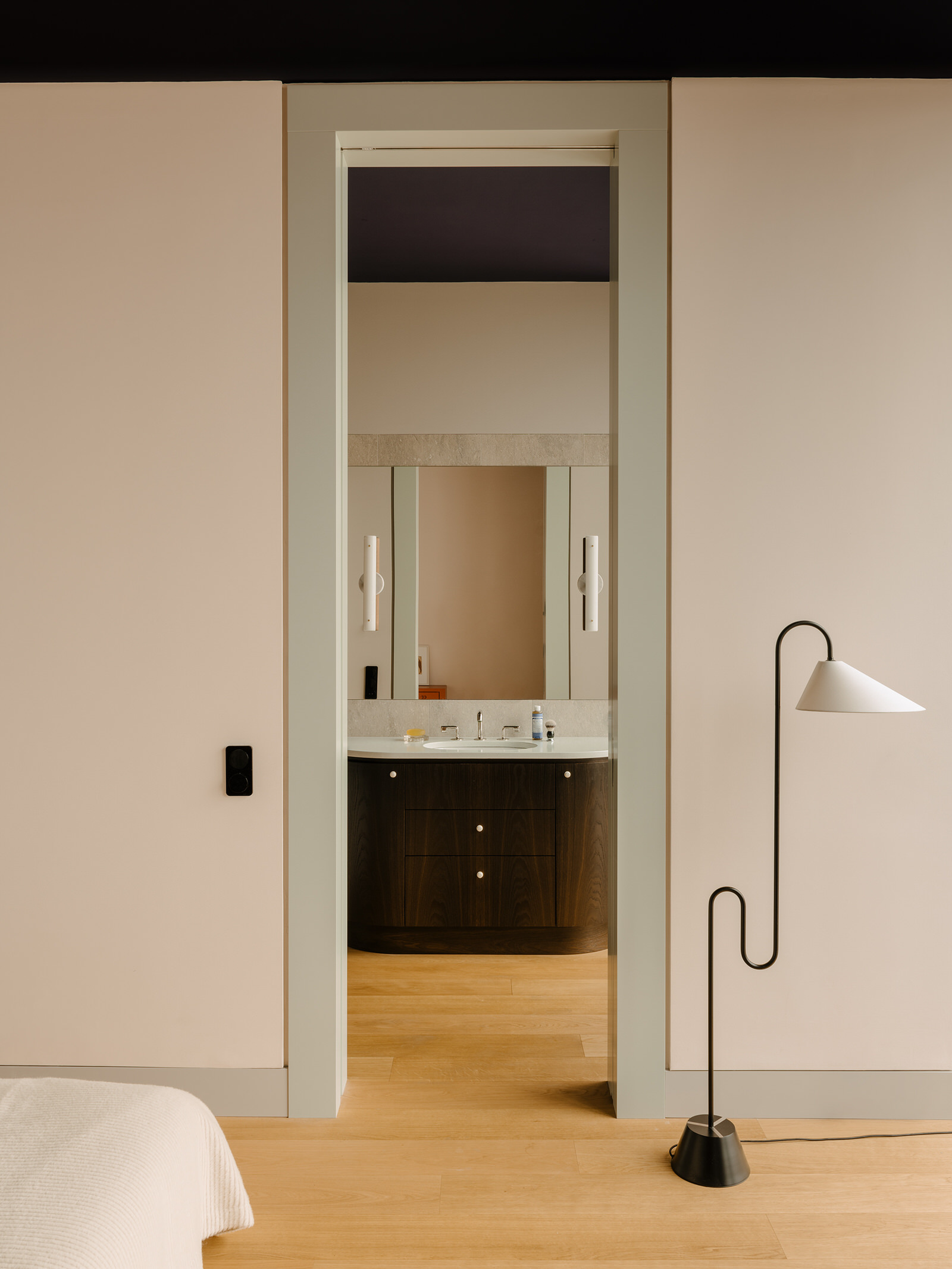 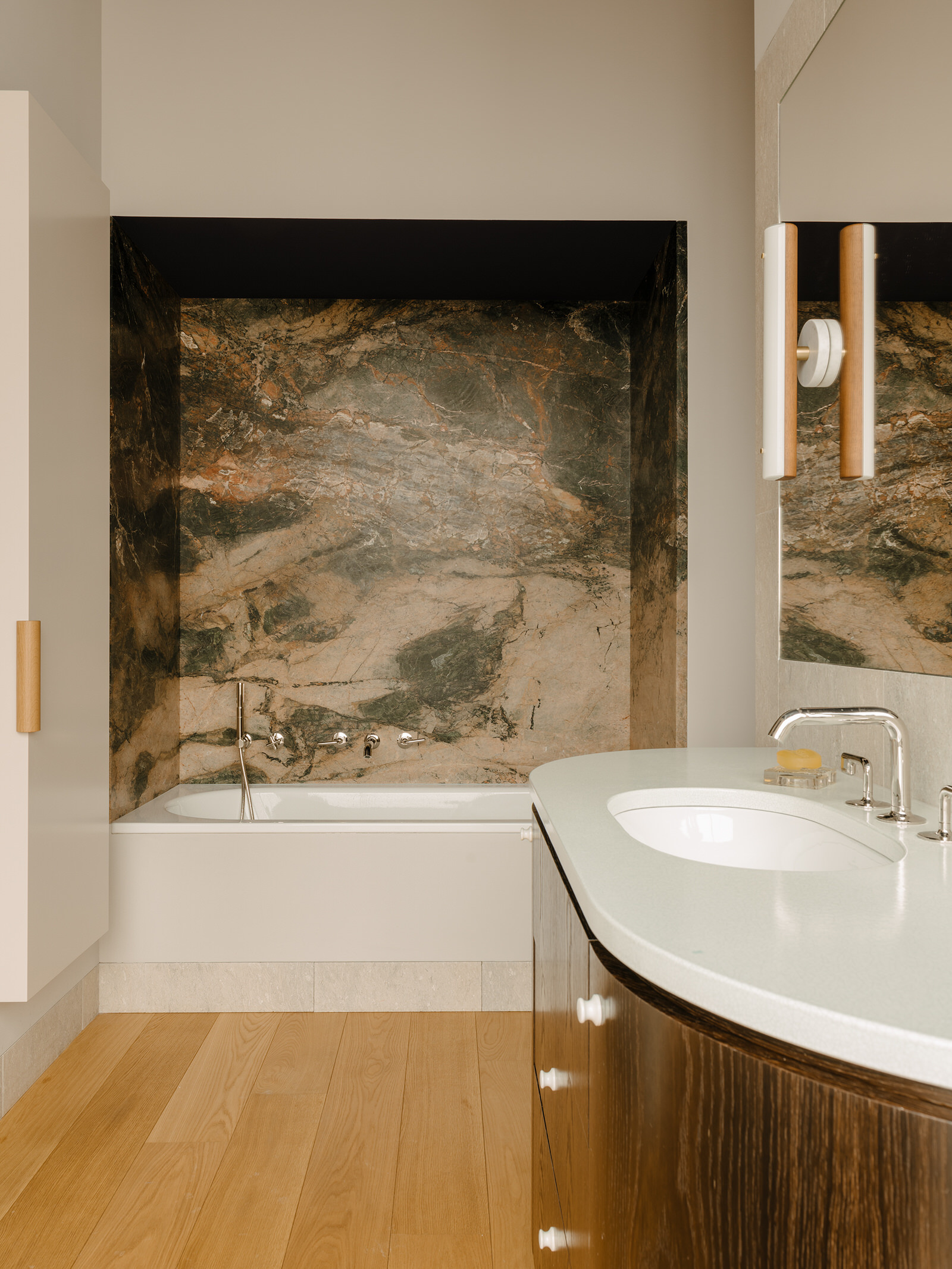 Despite the ’s sense of openness, each space is indescribably intimate, as if existing in a magical realm of its own. The foyer, for example, is enriched with Renaissance red lacquered wood that dazzles against the silk white linoleum surface of the sideboard. The office and the guest bedroom are bedecked in teak, while the living and dining areas bask between refreshing limestone relief walls. “The stone was chosen personally by our clients in quarries near Verona, during a trip to Italy. We then developed the relief together,” shares Gisbert.

The apartment has more than a few surprises: Violet ceilings appear here and there, a stainless steel ceiling crowns the living room, and perhaps most curious of all—a bespoke dining table, dubbed the Otto, with a beautifully designed underside. “The owner of the house often lies on the carpet listening to music. We didn’t want him looking at a technical construction,” chuckles Gisbert, who, in addition to the Otto, designed much of the other furniture—including the Ambassador chaise longue, the Louis pentagonal table, and the Juniorchair in the living room. 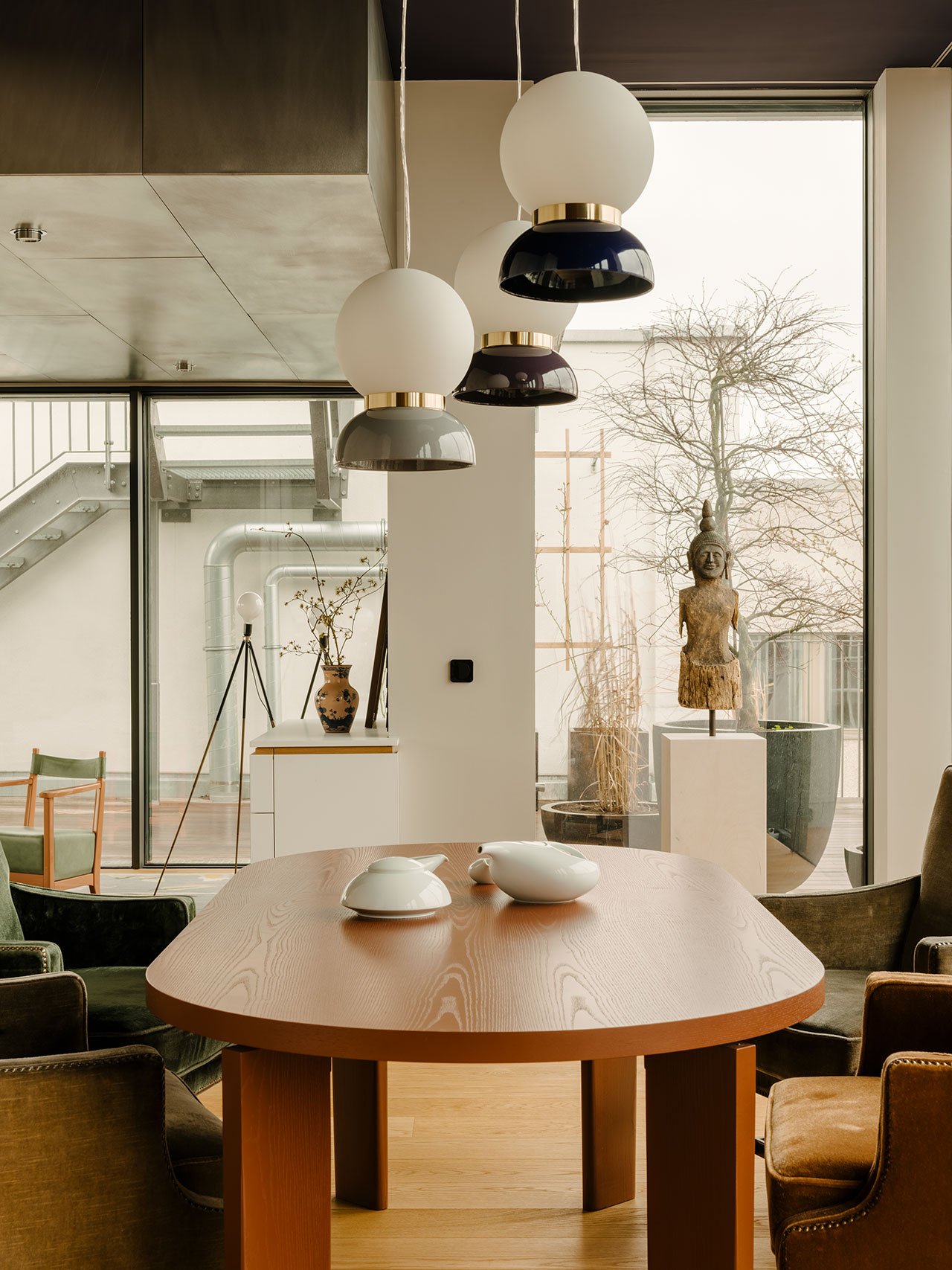 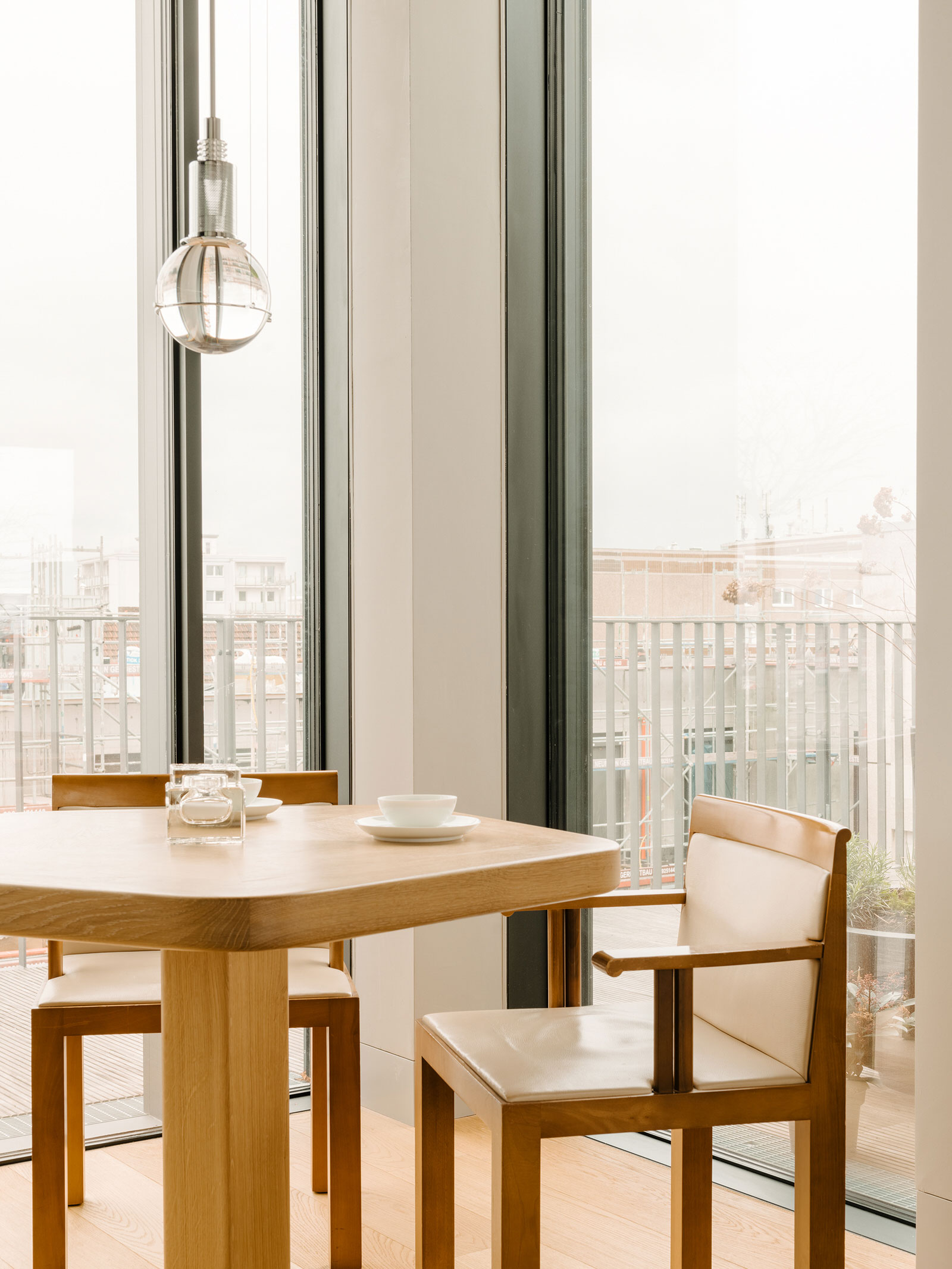 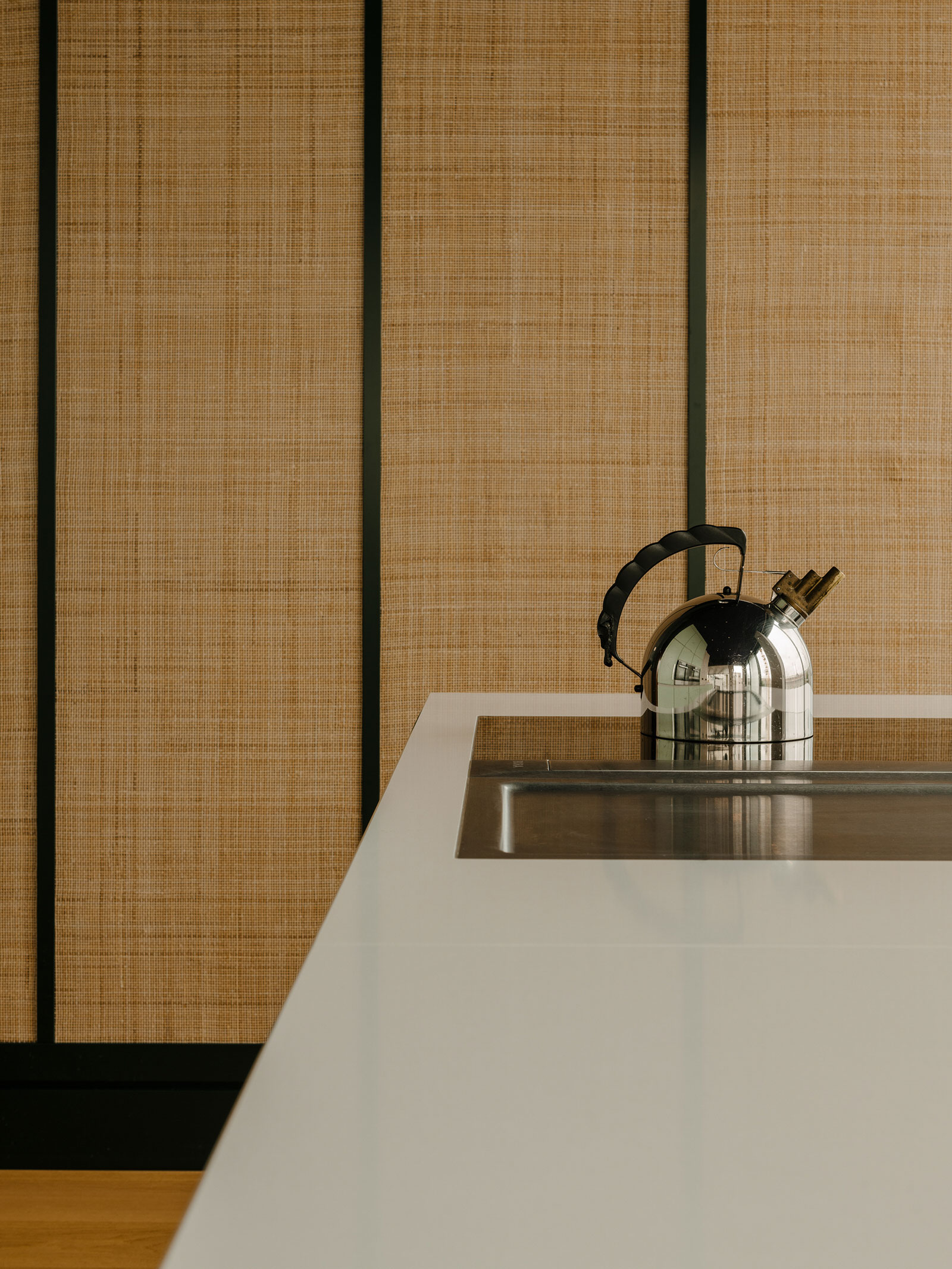 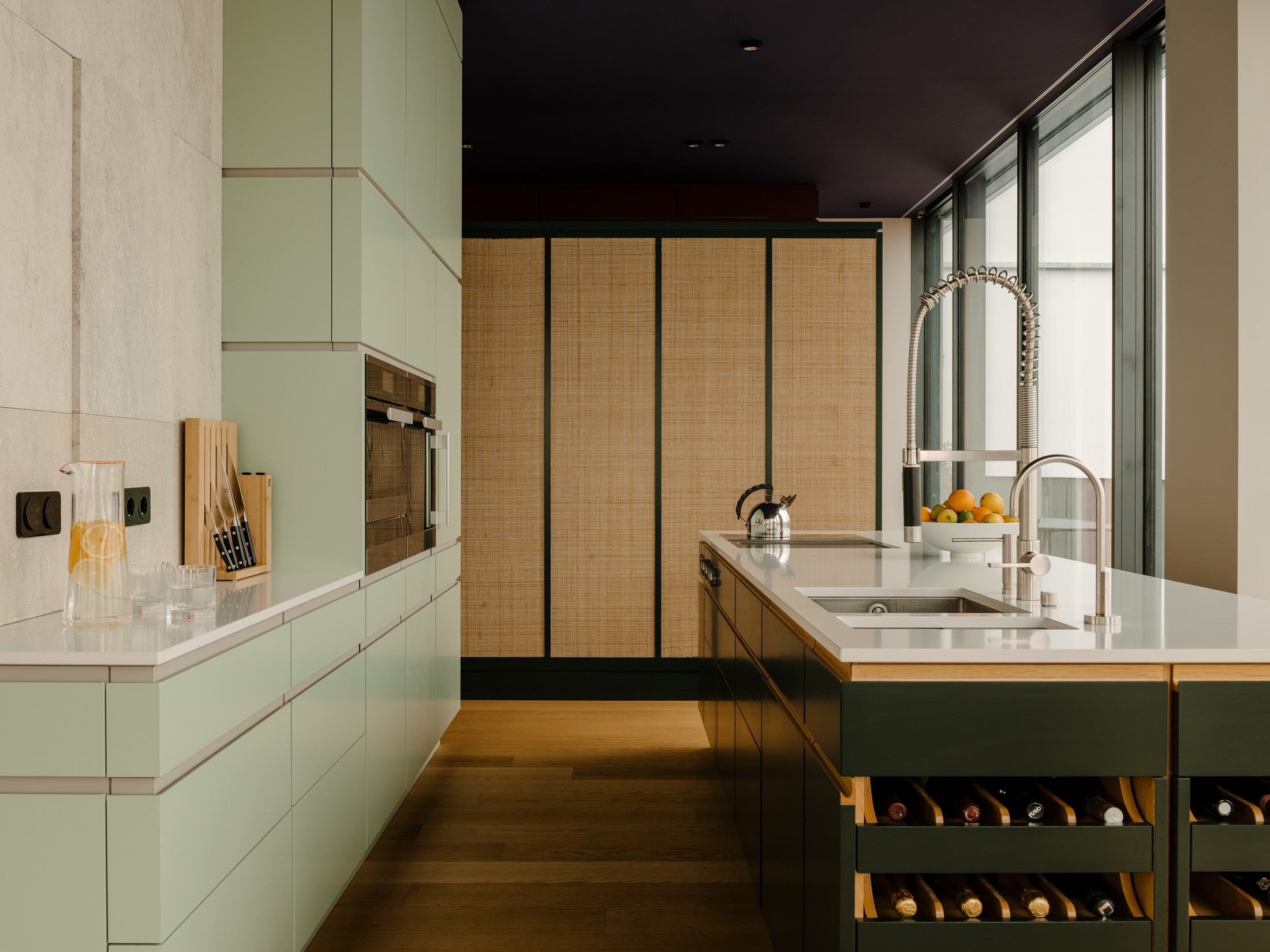 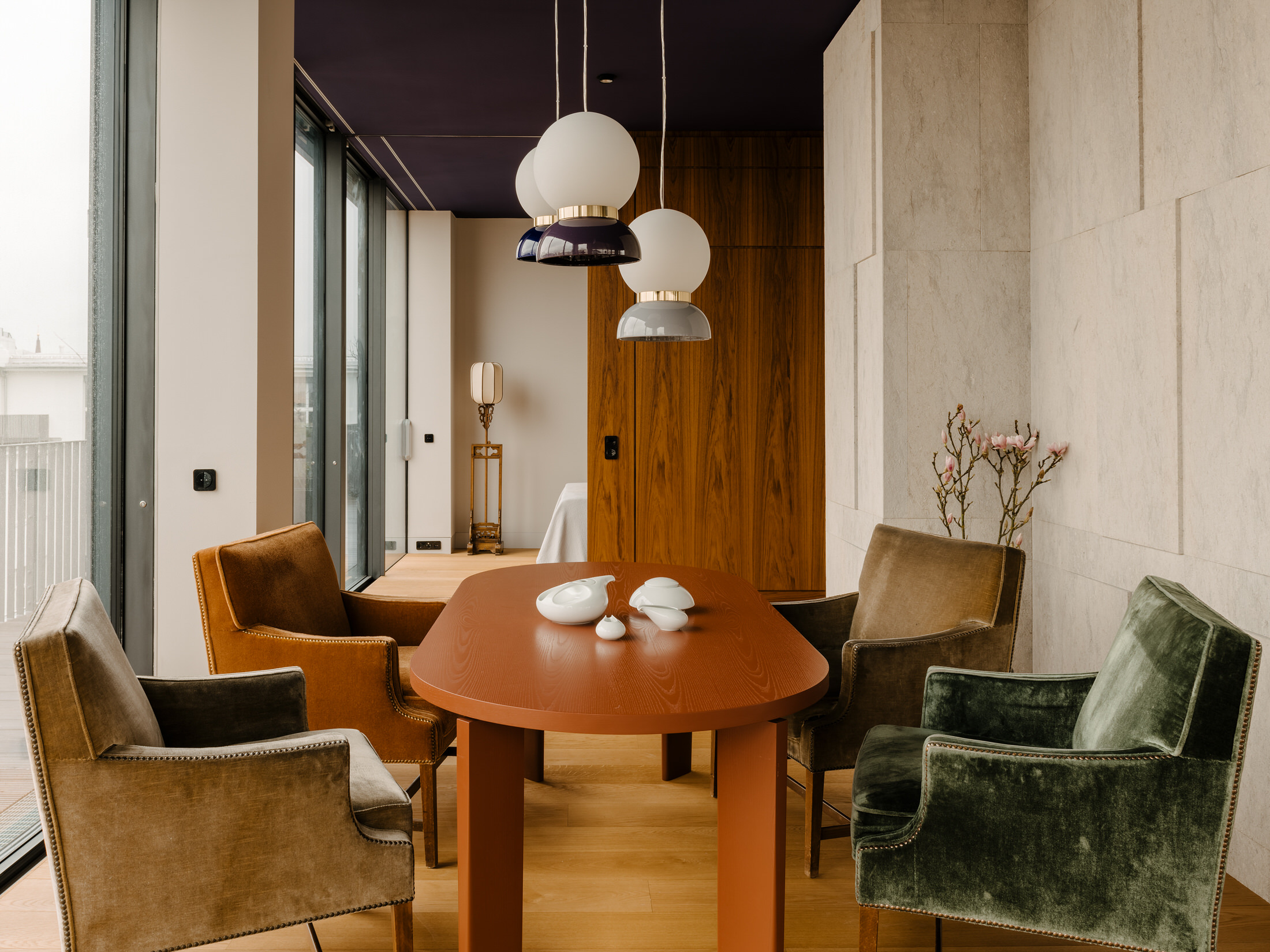 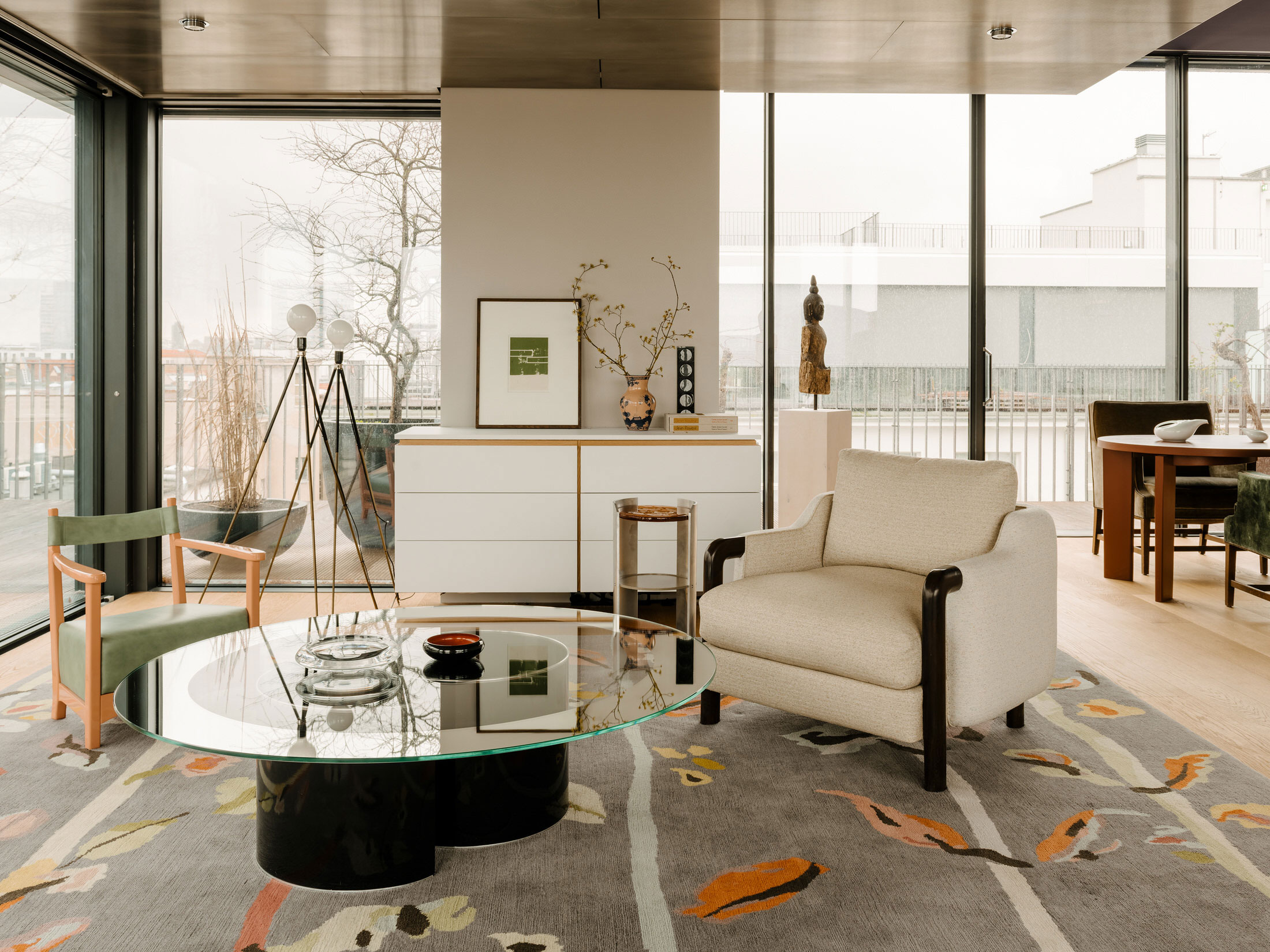 “[The Ambassador is perfect for reading and relaxing] because it narrows at one end, making it possible to select an almost personalised seat depth. The Juniorchair, meanwhile, was made by an armchair maker in Paris and covered with hand-woven fabric by Rruka from Brooklyn.”

The bathroom looks like it could have been fashioned out of a live volcano—the washbasin, a case in point. “It’s made of lava stone from Etna, with a craquelé glaze in dove-eggshell white,” Gisbert notes. The cabinet doors are even more striking, made of dark moor oak that broods against the surrounding lightness. But if there were a prize for the most dramatic, it would go to the bathtub niche that scintillates in South American marble. “We lowered the ceiling there so you can lie down and relax as if in an alcove,” concludes Gisbert.