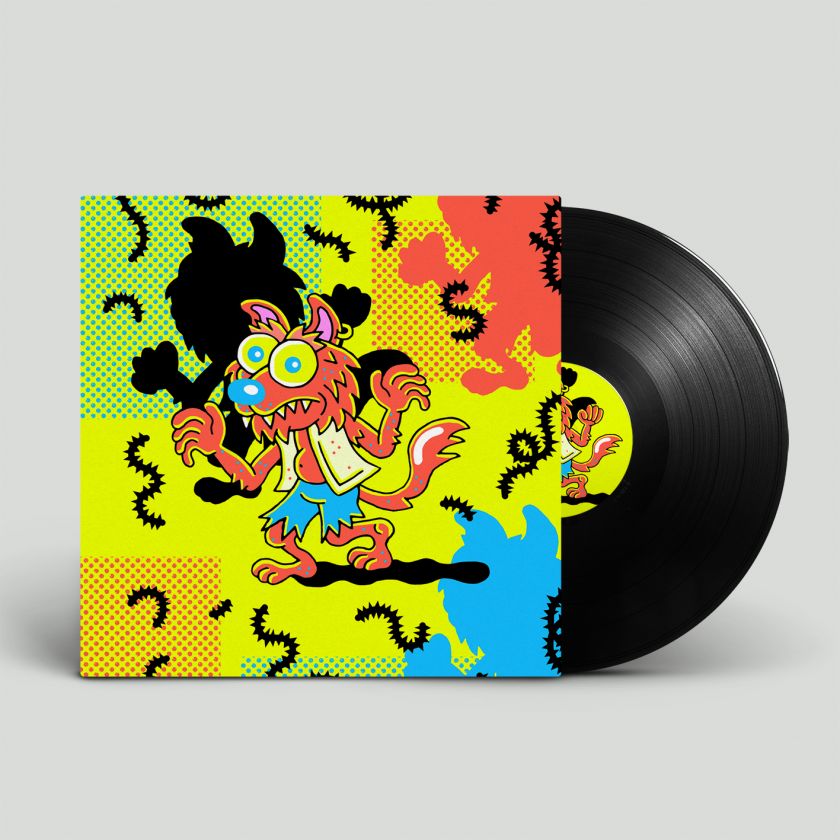 Before the NME shut up shop in print, its pages hosted a delightful comic strip named Slime Zone. Created by London illustrator for the legendary music mag, the series was a nu-rave world of Day-Glo worms and radioactive gallows humour.

“Slime Zone in NME was great for me, although it was tough to do something every week,” Sam tells us. “The discipline of it and creating new, published stuff every week made me into a better illustrator. I did it for two years and decided to call it quits at the perfect time, I did 101 strips and was almost burnt out on it!”

Since then, the creative and skater has done everything from installations to GIFs and even festival branding. Involved in these were sentient sausages, cartoon heroes, and, yes, a few of his wormy best friends.

“I was asked by Warner Brothers to design an interactive Scooby-Doo installation at the Grammy Museum in LA,” says Sam. “It was for a big takeover called ‘Get Animated’ where they’d asked several artists and designers to interpret some of their classic cartoon shows. There were The Jetsons, Animaniacs, Flintstones etc. and I was tasked with Scooby-Doo. I illustrated the floor, walls, lighting and a stage full of hand-painted instruments for the public to mess around with.” 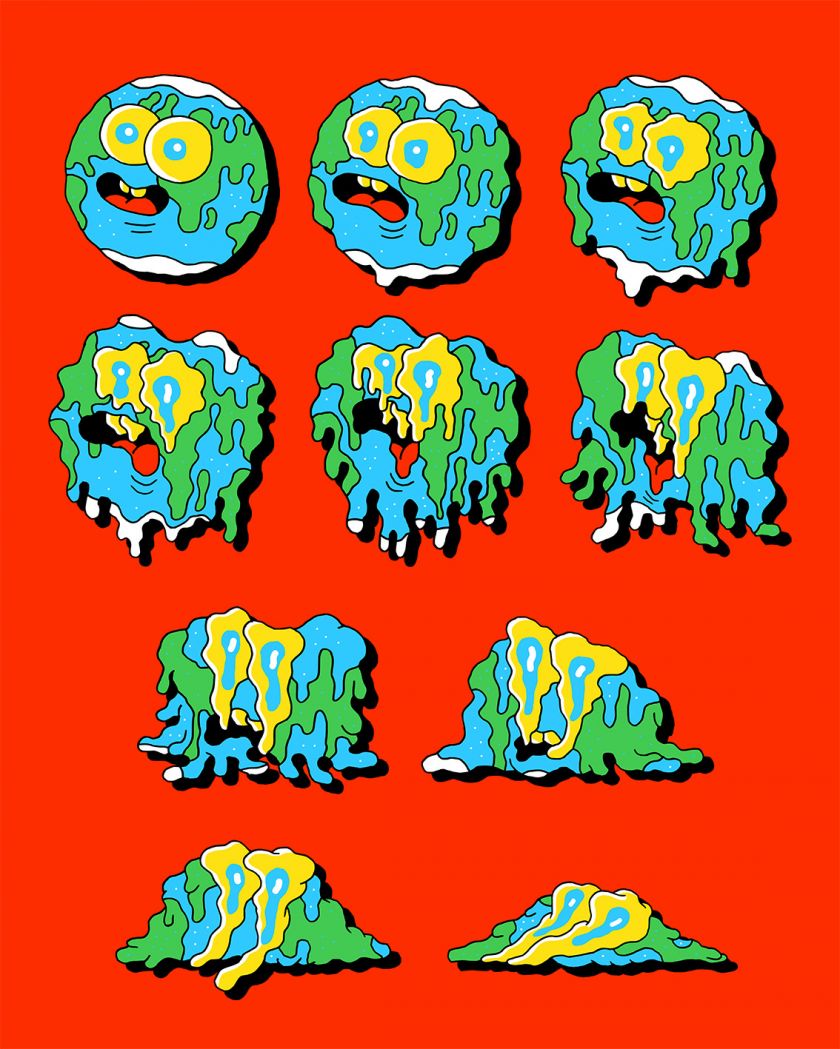 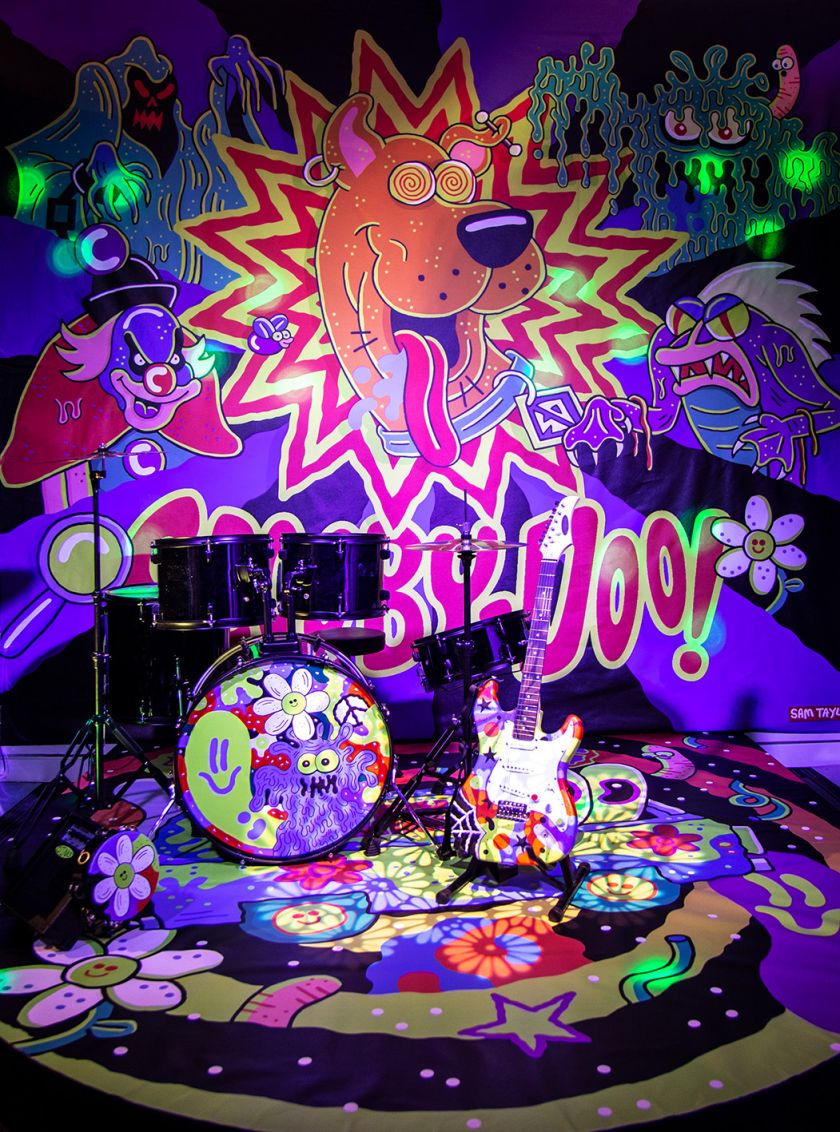 “When GIPHY was about to launch on Instagram, meanwhile, I was asked by them to pitch some ideas for GIFs that I’d like to make. I’d never been much of an animator, so it’s fun for me to play around with simple techniques for creating movement. Last year I did my most recent set, including a skateboarding spider, worms bursting out of a skull and the devil riding a pig. So far they’ve had almost 4 billion plays, and I get a pound per play! Nah, that’s a joke, but that would be good if GIPHY is reading this. Even 1p per play would be much appreciated.”

Hear you loud and clear, Sam. The creative has also been making tees for Nike, along with more kooky GIFs.

“The tees are for the Nike kids division; one is of a skateboarding alien grinding the swoosh, the others are flowery explosions, my versions of their Futura logo and the Just Do It typography. It was fun to do my version of such classic mainstream logos. One of my favourite things to do is take a recognisable visual and smush it up a bit.”

“I also animated a bunch of GIFs for Nike Berlin to celebrate the city. There are a running bratwurst, boxing swoosh and currywurst in the set and they were commissioned for Nike by Studio Yukiko. They let me have a lot of freedom.”

Sam has also been featured in the Thrasher Canvas section about skateboarders who make art, and he illustrated and art directed all of the visual output for American craft beer magazine and festival host, Hop Culture. 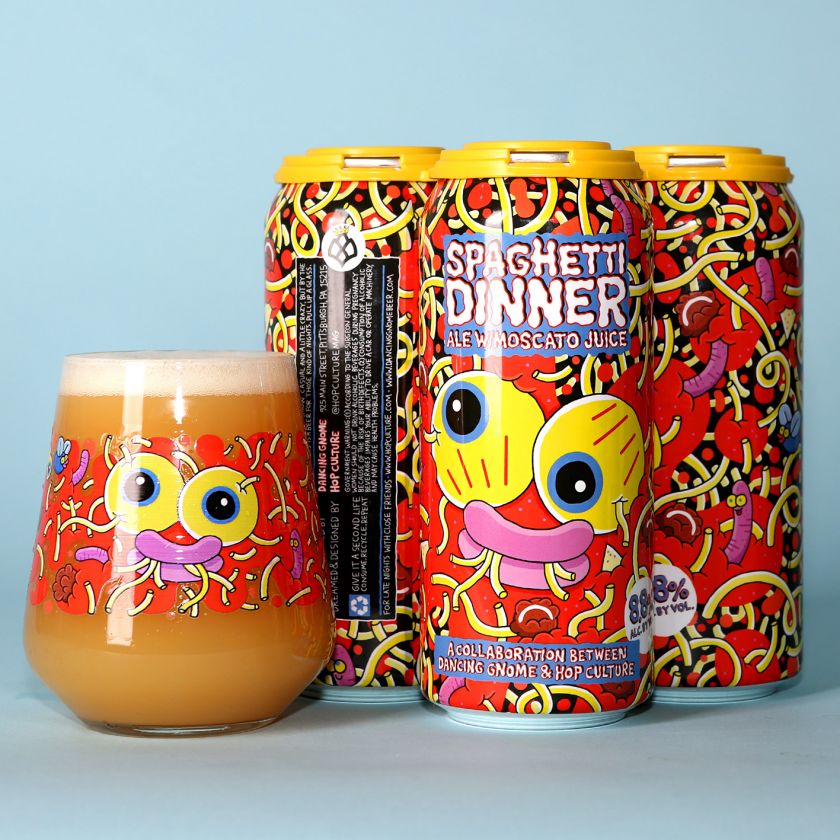 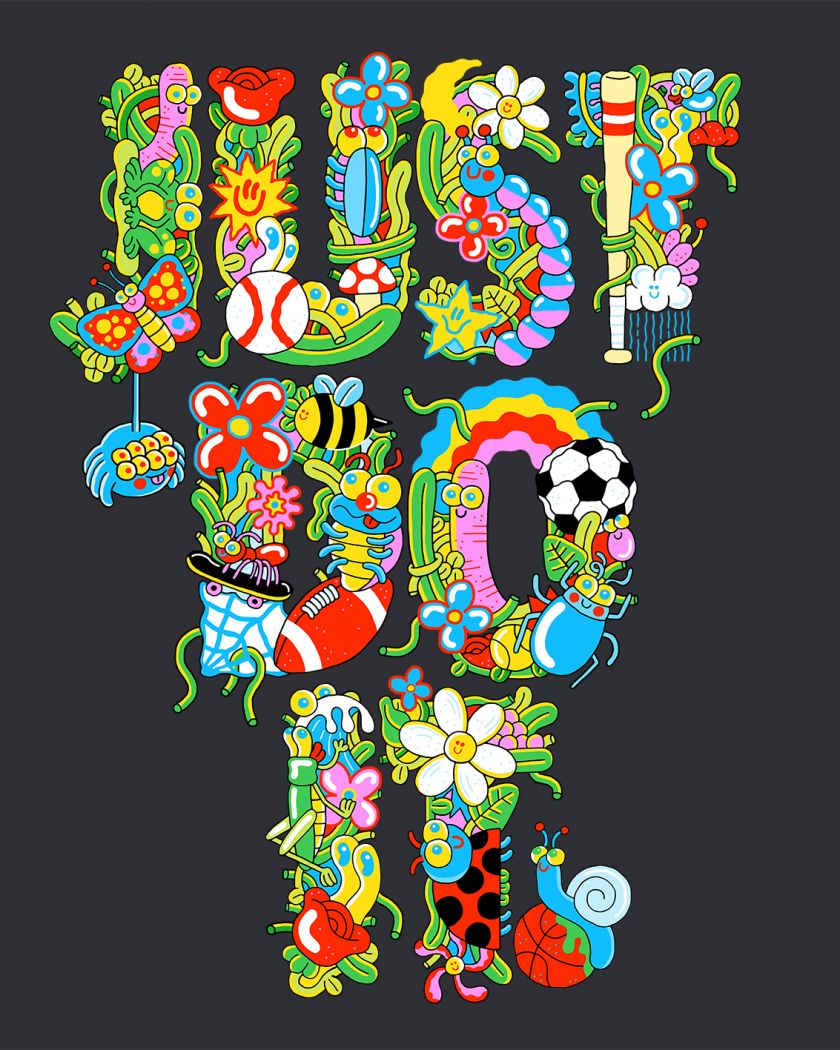 “This includes glassware, t-shirts, hats, merchandise of all sorts and marketing materials. Even during the pandemic in 2020, we did cool things like digital craft beer festival FML Festival. Coming in February 2021 we have another digital craft festival (The Saturday Morning Festival), and I’ve designed some plush toys for it, which is a first for me, so I’m stoked.”

Sam is probably most proud of an animated bumper he made for Thrasher. “I got the sound designed by a good friend of mine Ryan L West (Rival Consoles). It’s a sort of ’90s MTV style guitar rip, and the visuals are very drippy, sloshy, as a rainbow and the Thrasher text pulsates, and my little worm character pops out to say ‘hello’! As a lifelong skater, it’s a dream to have worked with Thrasher in any capacity.”

As you can see, the artist has a great way of putting his gnarly, almost ectoplasmic style into words. For Sam, he wants each of his creations, no matter how seemingly simple, to contain an exciting element.

“Whether it’s a colour combo you didn’t expect or a little character you don’t notice straight away, I want my work to give a little something extra to the viewer. I want it to work on first glance but also for people who take a little longer to look at it.”

“Everything I do is hand-drawn with black lines on paper, then scanned and coloured on the computer. Some of my time is taken up removing lines and moving bits around. I want my stuff to have an analogue feel to it and a digital sheen, like old cartoons that were coloured on acetate. I’ve tried using tablets, but I prefer the lines drawn by medieval techniques, such as Rotring pens.” 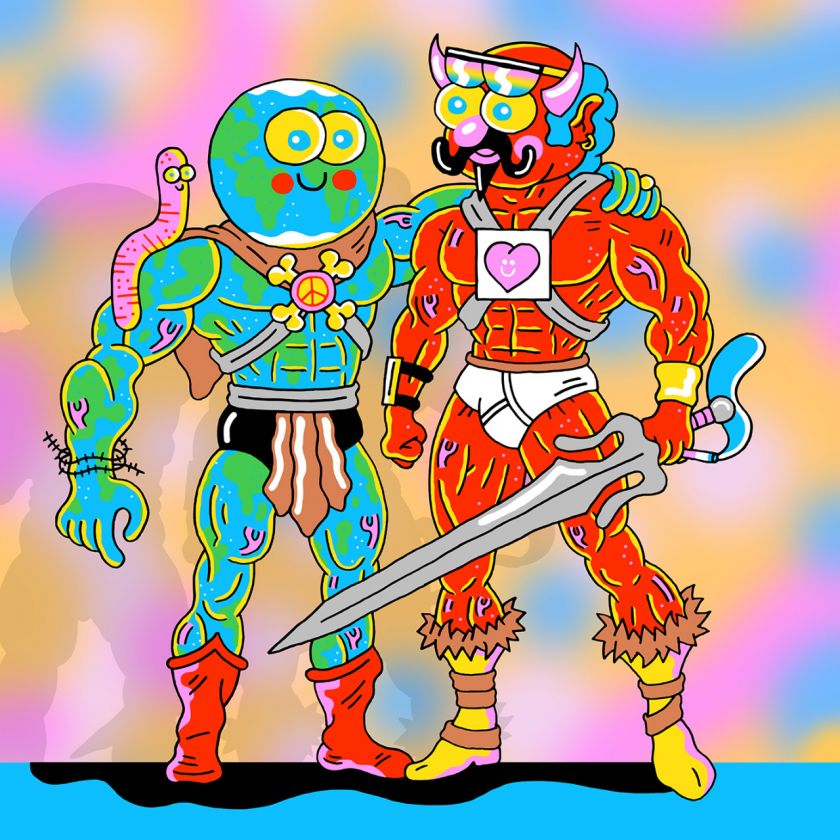 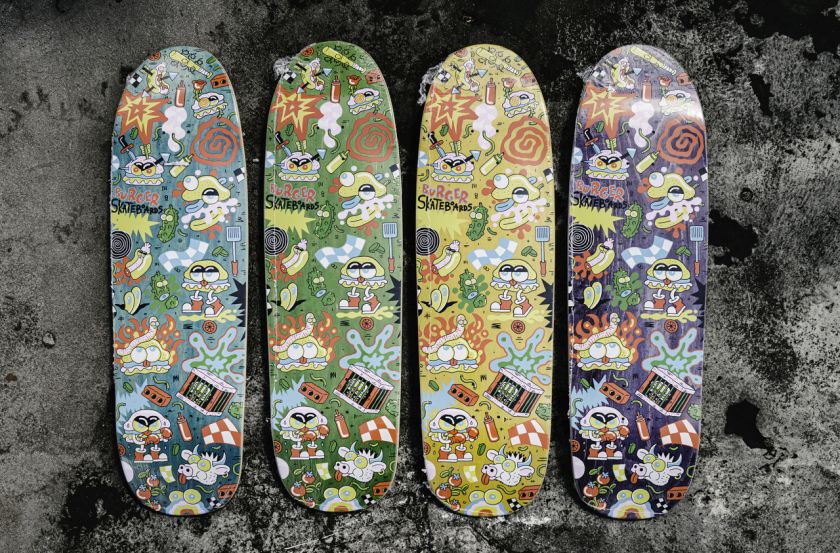 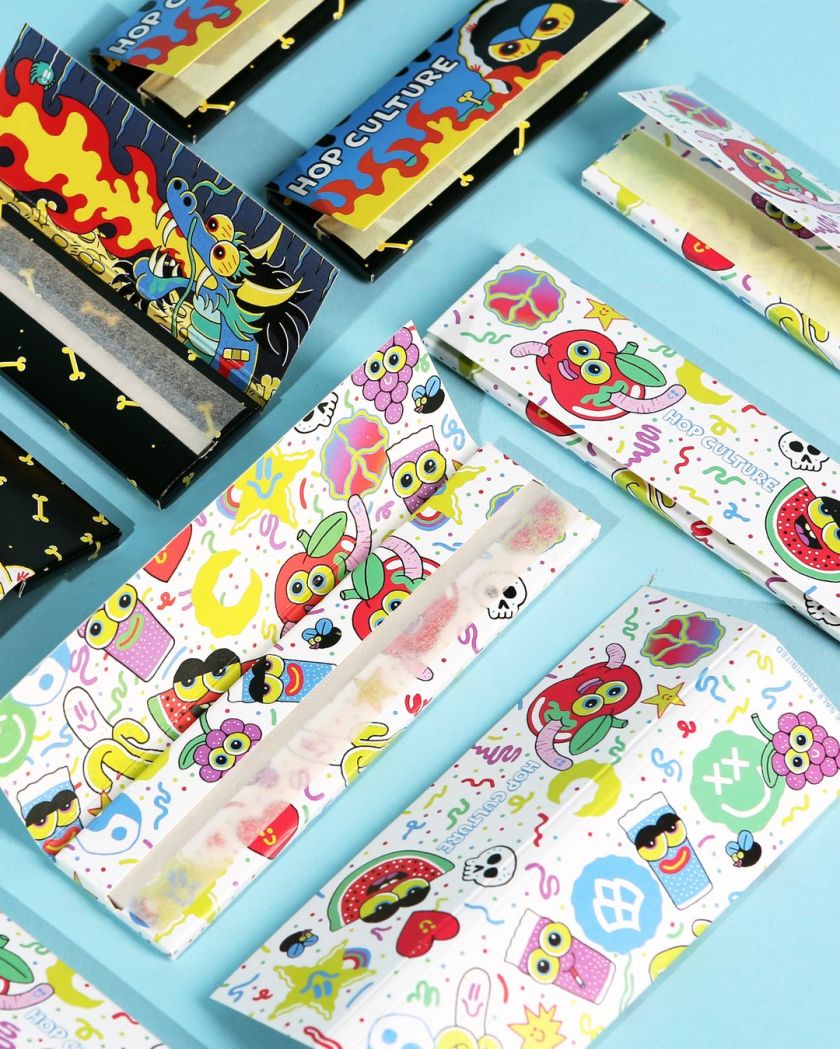 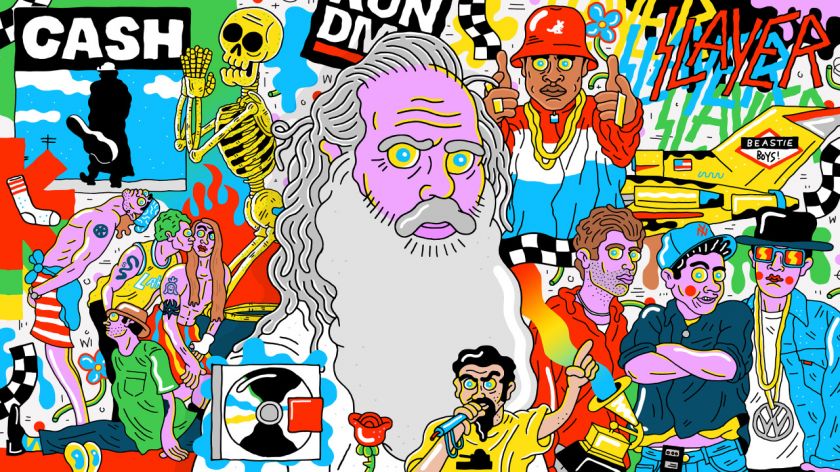 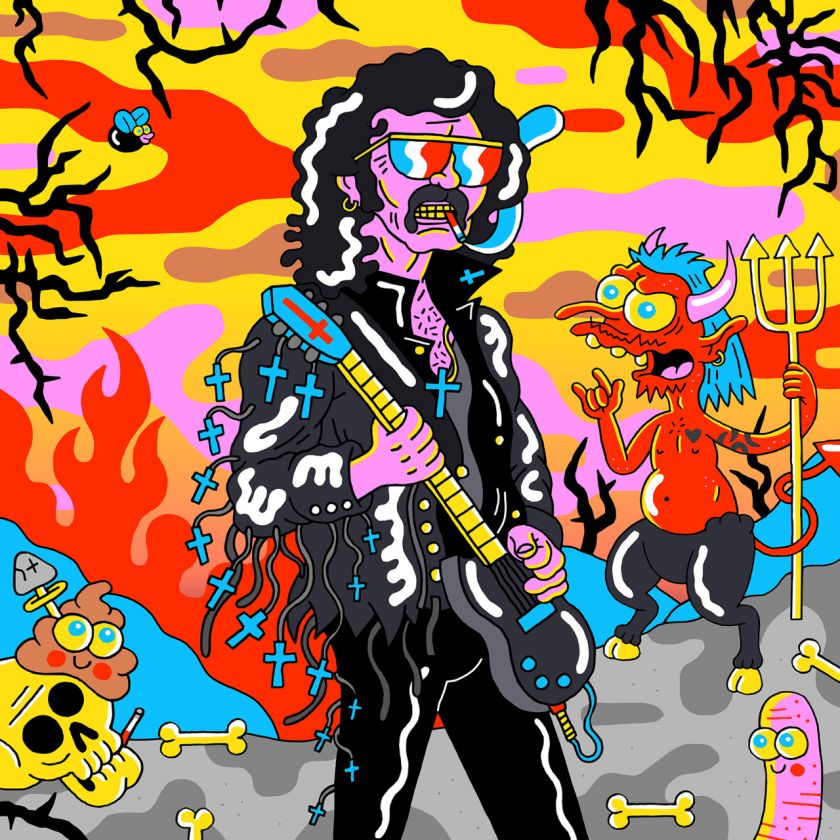 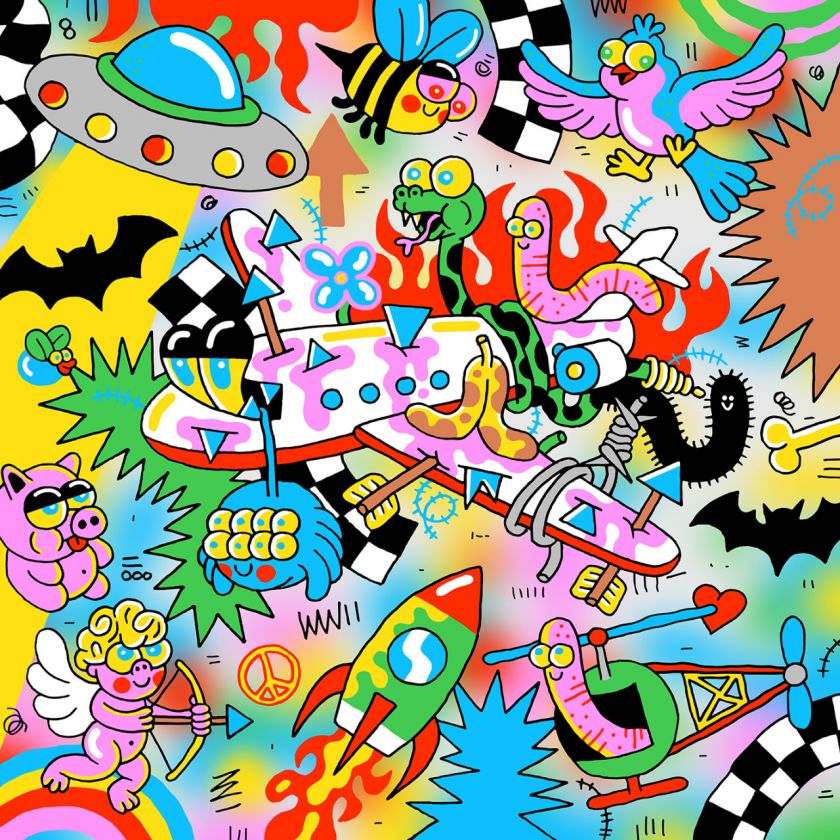