Scott Alario reveals the spellbinding process behind his unusual photography 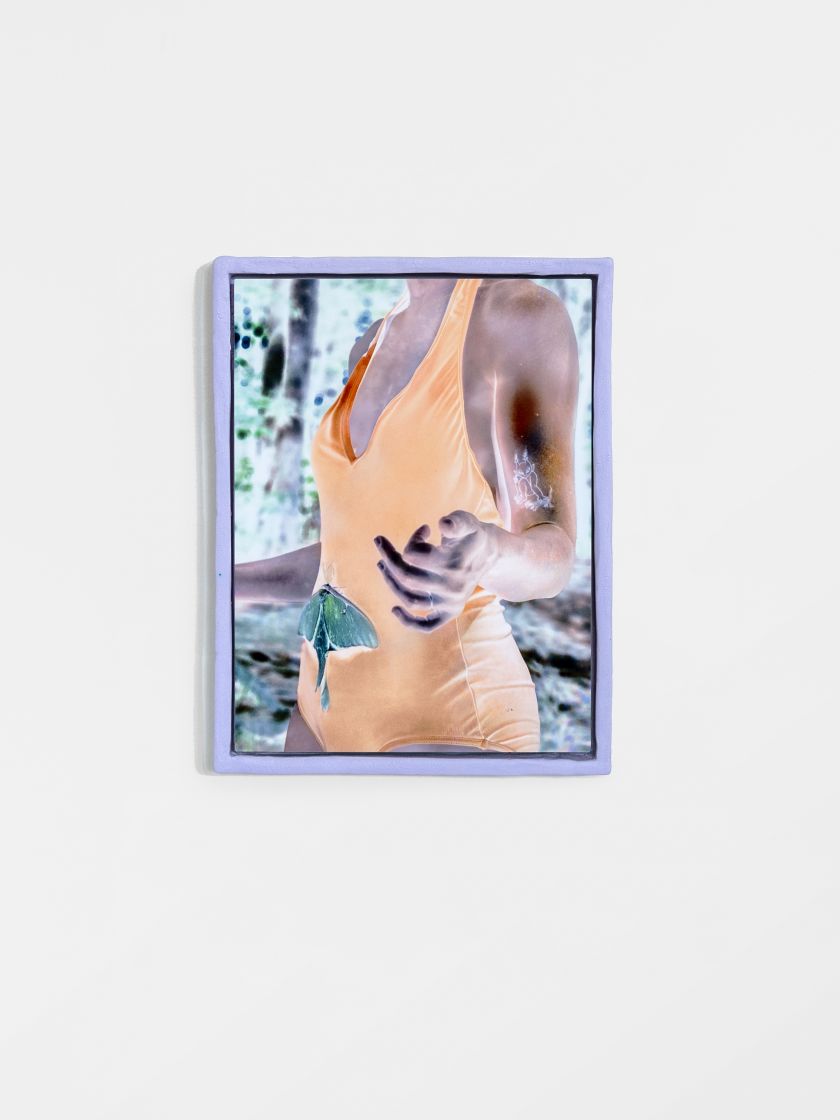 Textural, colourful and a little childish; there’s much to learn about the method behind the Rhode Island-based artist’s magical creations.

knew from an early age that he wanted to be surrounded by artists, “working, thinking, dreaming, arguing, all of it,” he says. As things turned out, Scott – who was born and based in Providence, Rhode Island – went to art college for undergrad and graduate studies, both in photography and contemporary art. It enabled him to think critically and fulfil his dreams of being amongst like-minded creatives. He now teaches, too, alongside his practice.

“I am a hungry sponge, finding inspiration all over,” he continues of his influences. His family, his partner and their two children are “so funny and alive and real and renewing” that they play a pivotal role in his creativity. In other places, it’s art history – to which he refers to himself as a “gluten” that takes a “little dip” from the well. Artists such as Sheida Solemani, Deana Lawson, Lieko Shiga, Justine Kurland, Graciela Iturbide, Nan Goldin, Claude Cahun, and Anne Brigman also play a part. 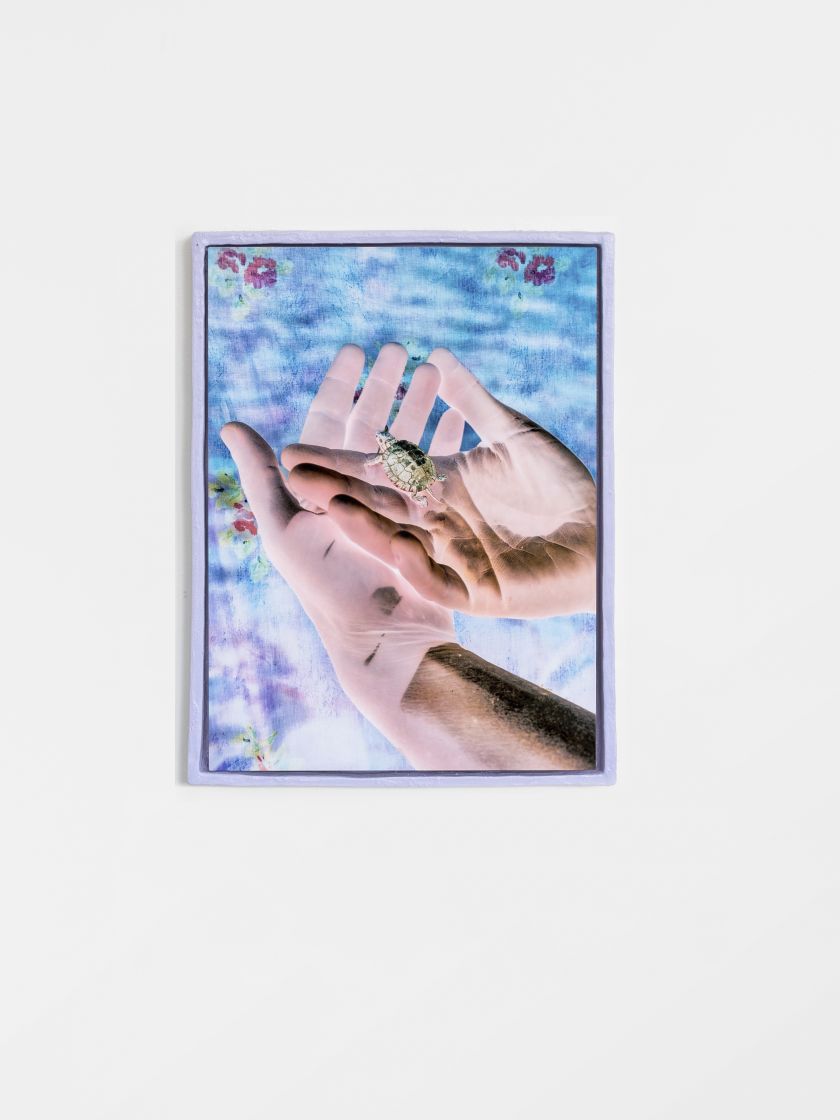 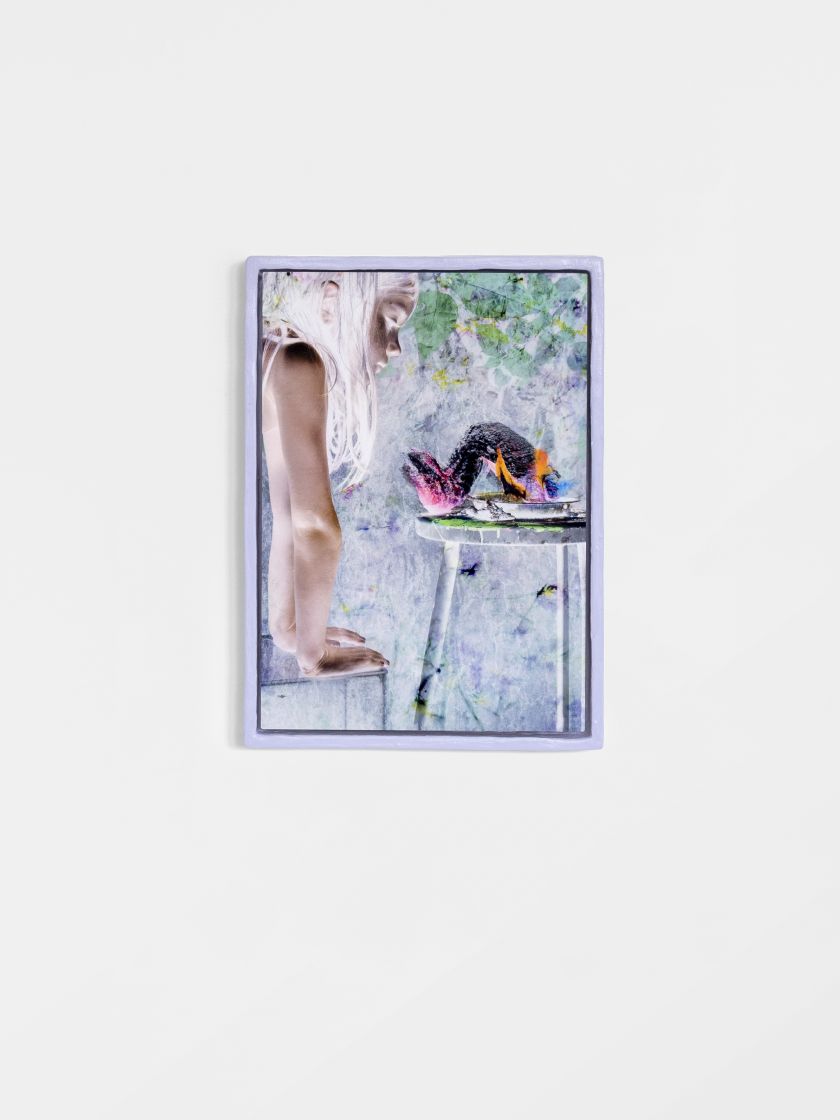 In Scott’s work, you’ll notice first the colour palettes. They’re vibrant, loud and heavily contrasted, uneasy to miss and captivatingly interesting. Then, you’ll probably start to question the medium. Not quite photographs and not quite paintings, Scott has this fascinating style that blurs the boundaries between disciplines. His recent work exemplifies this fact. And he’s created a series of photographs compiled from old pictures he had in his studio. “I knew I wanted to use these images,” he explains. “They were mostly shot at night on walks with my family members, close views, tight crossings, holding small crates, outside.”

Revealing his process, he says, “To simplify things, I started by converting the photographs to black and white and inverting them to negative (photography began during my studies as black and white negatives). I then took these ‘line drawings’ and added colour to them digitally, using a mouse or stylus and tablet, whatever I had. I then filled them in using colour from the original images, which wasn’t wholly discarded thanks to technology. Some of the works include multiple exposures.” 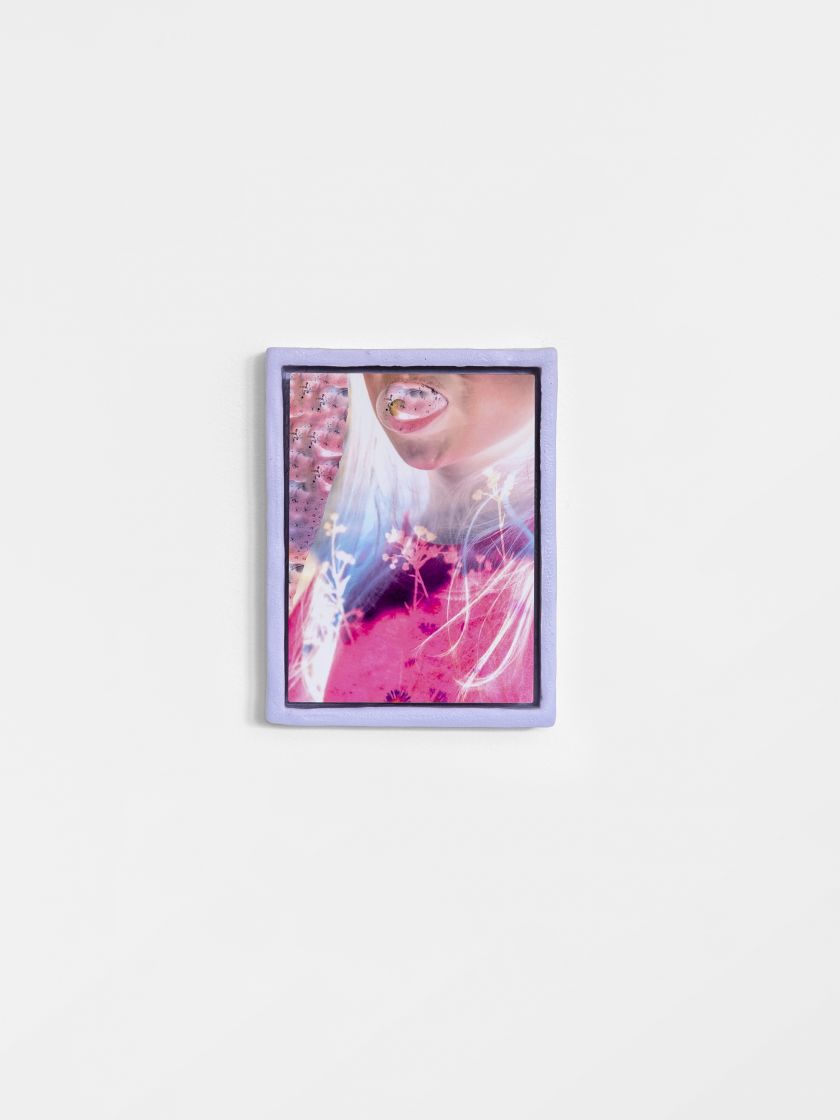 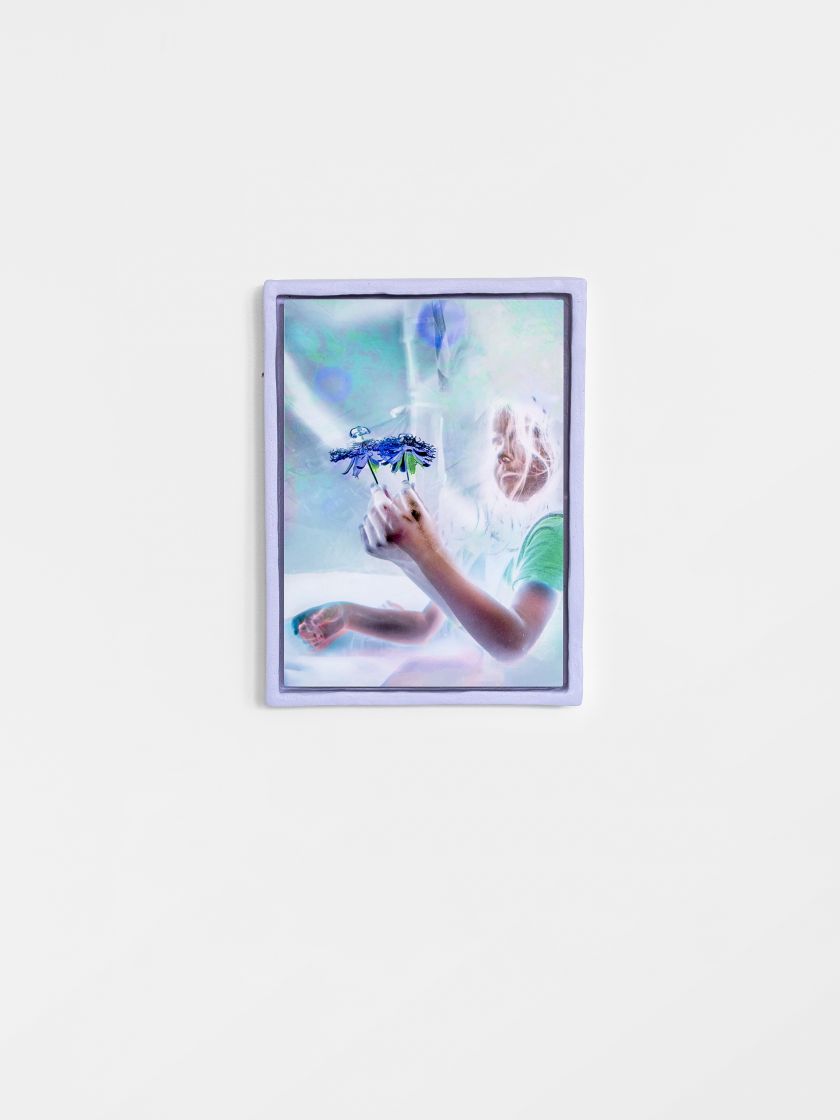 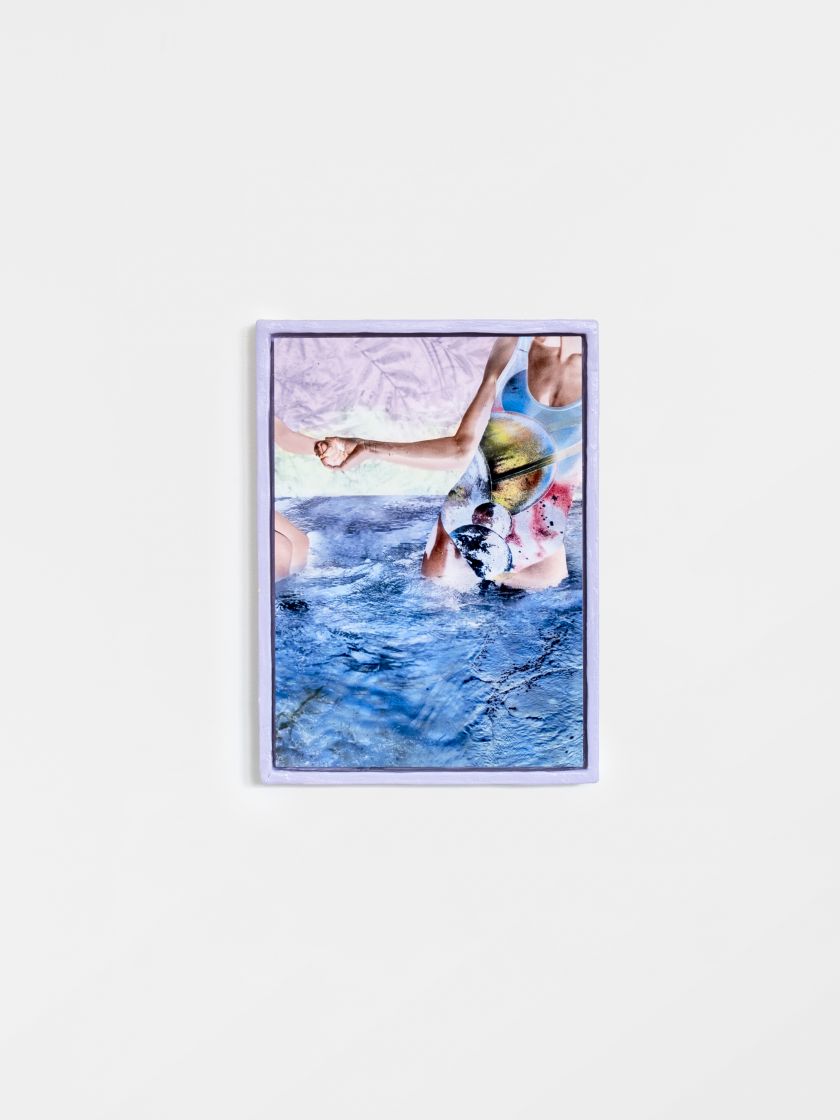 The result is spellbinding, almost fake and childish in its depiction of people and real-life scenes pulled from the everyday. In Mooni & Sugar Snake, Science Experiment, Scott captured a moment from last summer spent in his garden with his eight-year-old son, Noomi. He’s starting at a “snake” made from lighter fluid and sugar, set on fire in the sand. “Very fun, kinda dangerous,” says Scott. “I added colour and texture from another image of some leaves to activate an empty backdrop. I love the subtle colours of Mooni’s arms, hair, eyelashes, and the curving snake that’s a strange texture. It’s probably not very legible as an image, but hopefully, the colour, lines, and texture bring you in as you read the work.”

If these works are anything to go by, we’re excited to see where Scott’s art direction will take him next. With a solo album in the pipeline this year, perhaps we’ll see some announcements steering us in more ways than one.