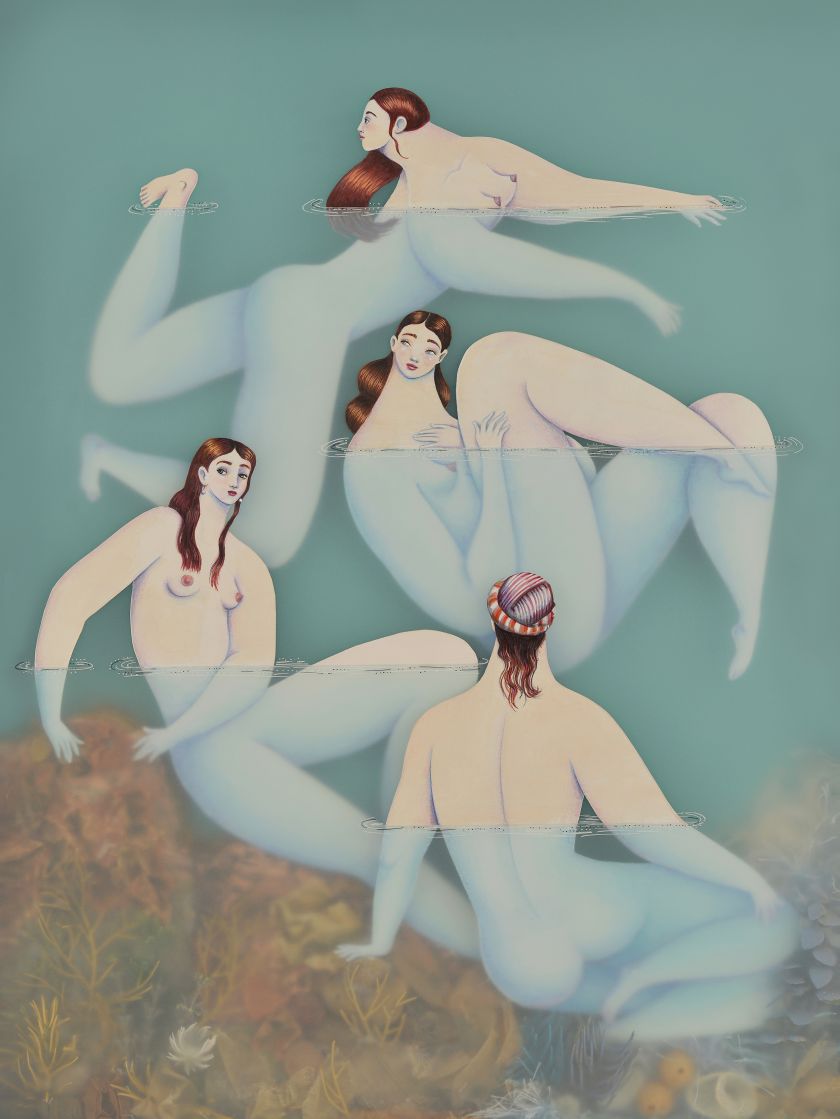 Catalonia-based artist and illustrator had an epiphany seven years ago. She realised that she was somehow silencing her inner world via her commissioned work, so she decided to overhaul her creative process to become the stunning artist we see today.

This moment of self-realisation is the latest step in Sonia’s evolution as an artist. Throughout the many years of her career, she has changed and transformed. But rather than being a process of trial and error, she sees this change as a crucial stage of growth that artists must go through. “It is a necessary, involuntary and unavoidable fact,” she tells Creative Boom. “My work and my life experiences have defined me as an illustrator and artist.”

These life experiences include starting as a freelance illustrator after obtaining a Fine Arts degree, before reinforcing her background with an illustration postgraduate in Barcelona. “It was an intense and instructive experience that changed my view about my profession and how to approach my career in the future,” she reveals. 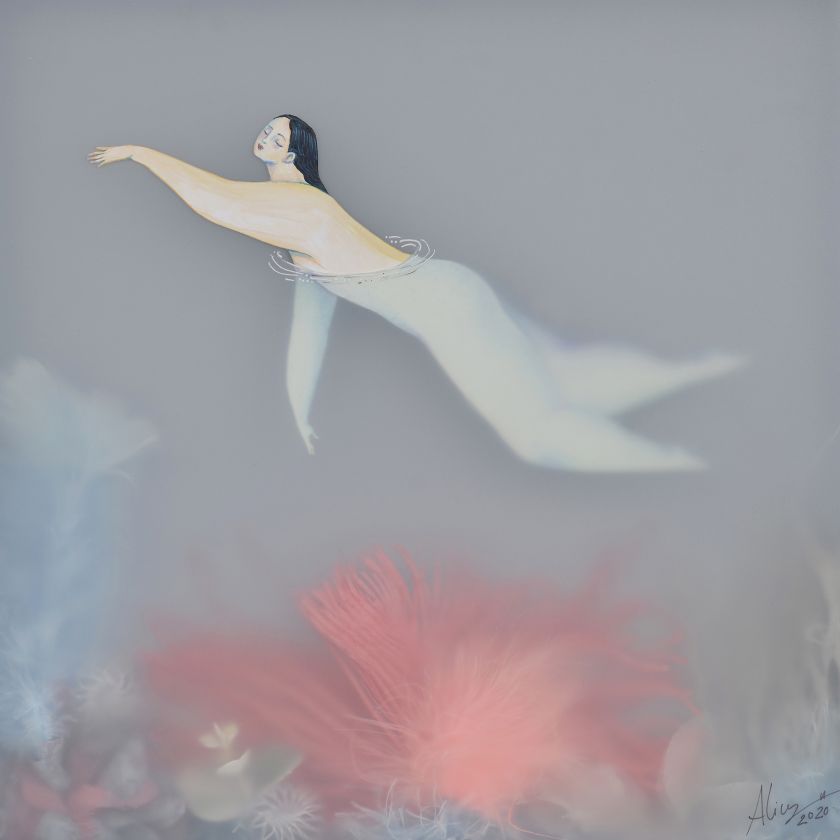 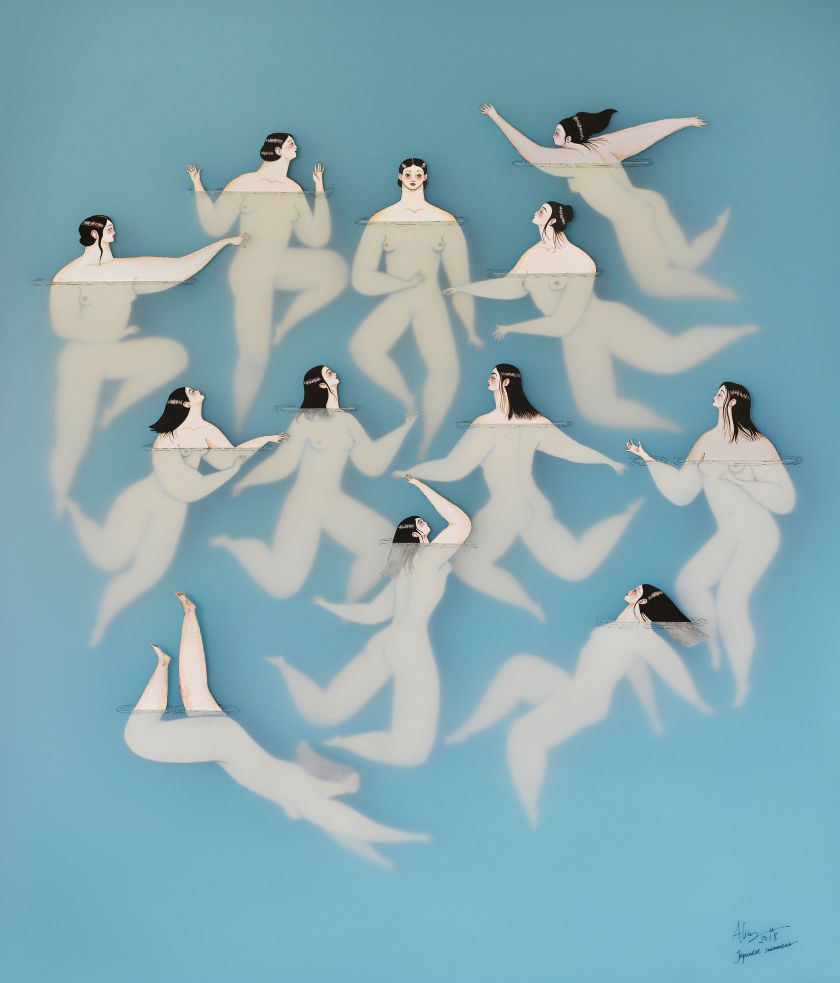 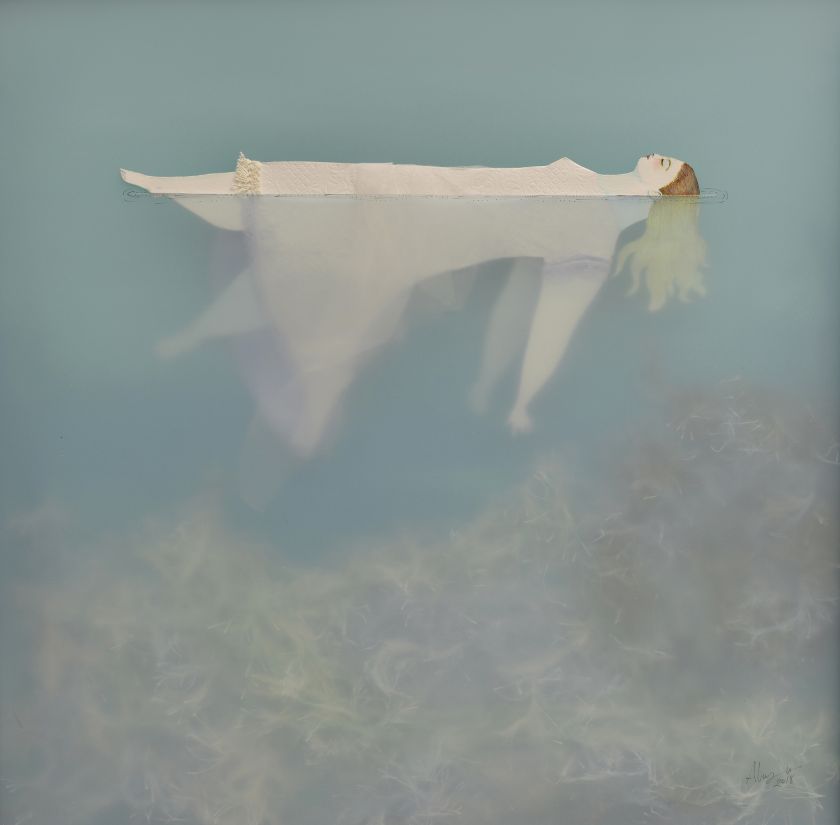 However, the realisation that commissioned projects were stifling her inner world sounds like the most crucial moment in her career so far. “It was an important turning point for me, the moment when I became truly aware of who I was and what I wanted to be in the future,” Sonia explains. “I decided that I needed to give more importance to my inner world, to give it a voice through my art. From that moment on, a true renewal in my processes, techniques and themes burst into my art and helped me to become the artist I am currently.”

Sonia’s renewal has manifested itself with a style inspired by the Surrealism and Romanticism movements. Her childhood interests in the likes of Goya and Picasso also play a significant part, as it was thanks to these Spanish master artists that Sonia first discovered “the power of art to express emotions and drama.”

These influences can clearly be seen in the predominantly female figures that populate Sonia’s art. Rather than remaining anatomically accurate to the human bodies we see in the real world, her women are reordered in a way that almost turns them into a piece of design. “I draw these female characters as voluminous, solid, deliberately disproportionate figures to convey emotions, going beyond a realistic representation to focus on their inner energy,” she adds.

“On the other hand, my interest in painting women connects with the feminine iconography of the Romantic era, like Ingres’ odalisques or John Everett Millais’ Ophelia, the Art Déco movement (Tamara de Lempicka) or Gustav Klimt.” 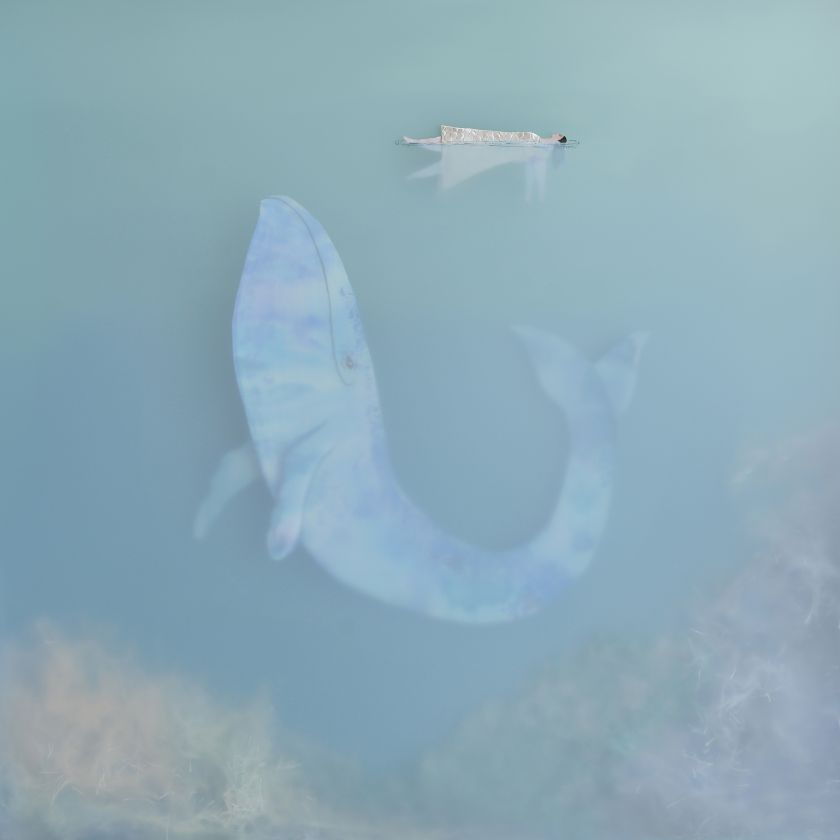 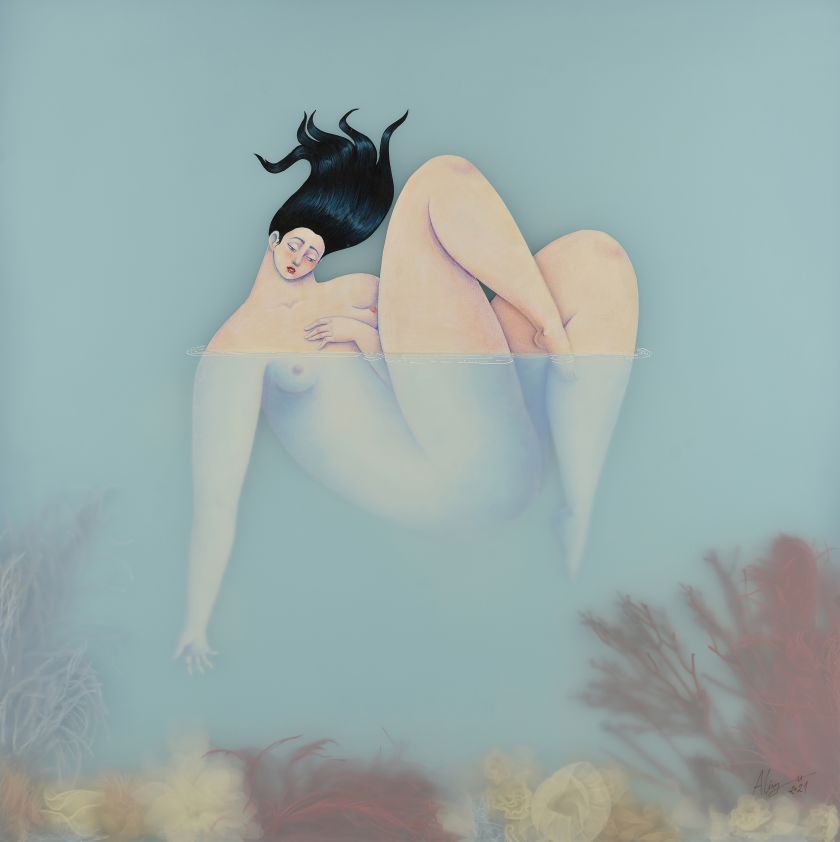 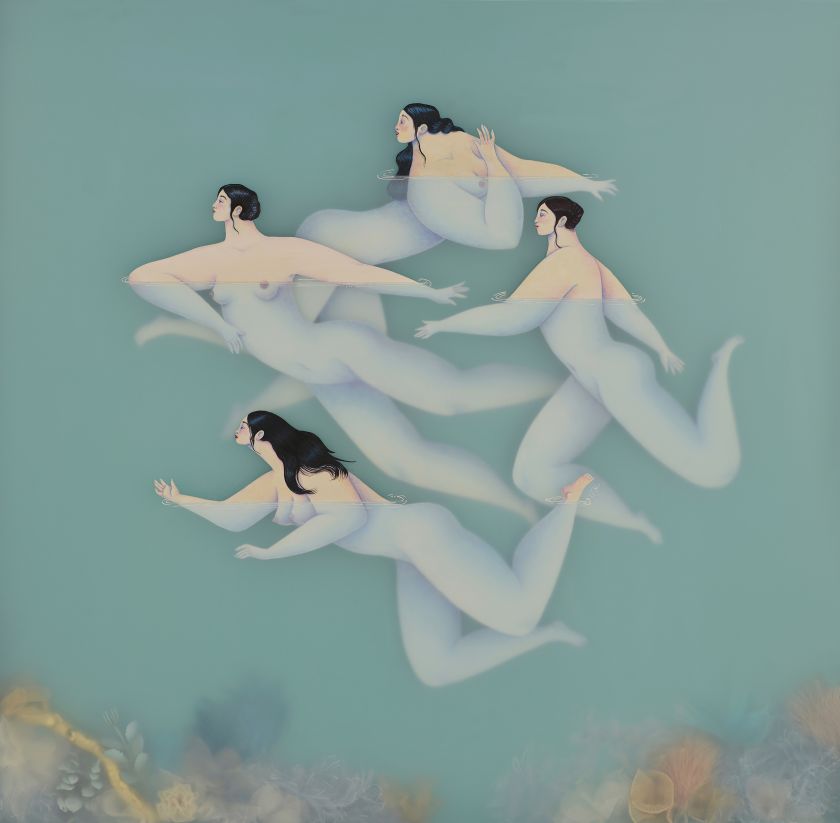 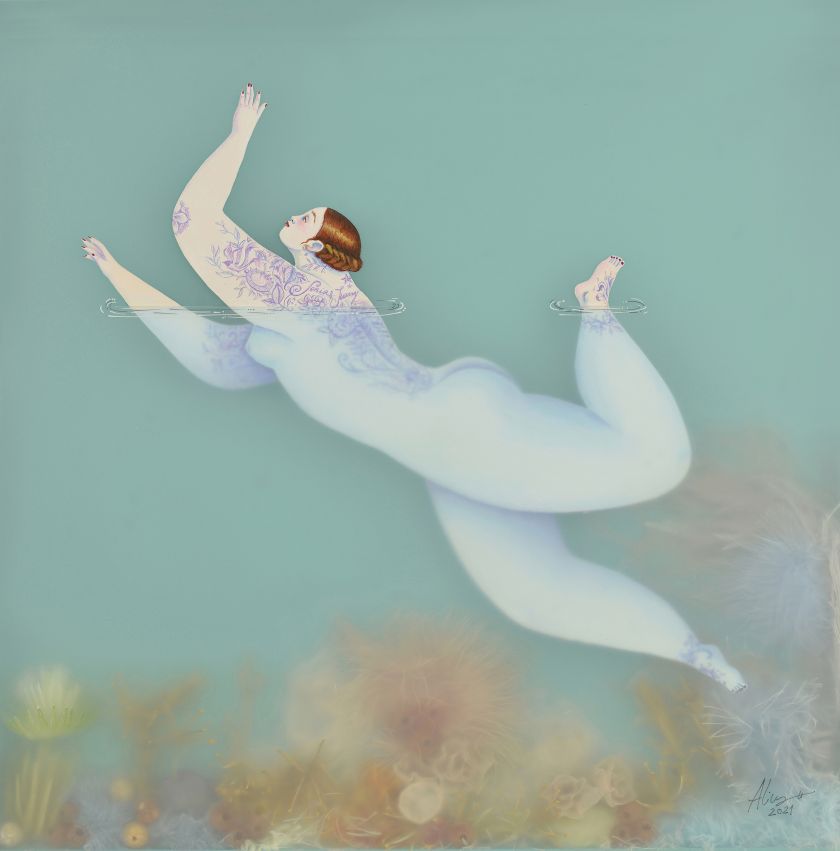 Sonia’s art is instantly recognisable thanks to its hazy textures, which elegantly communicate bodies floating in infinite bodies of water. Achieving this distinctive soft blur is a combination of surprising elements. “The main one is a treated plastic sheet, but there are other materials applied under that layer to get the whole sensation,” she reveals. “Paper, feathers or fabric are integrated in a way to create a three dimensional and ethereal illusion.”

And just as the Surrealists allowed their unconscious minds to explore and express themselves, Sonia relies on her dreams and nightmares to lead the way when it comes to settling on the subject matter. And while this might sound like a challenging prospect, she isn’t phased.

“On the contrary! Since I was a child, I’m used to addressing my thoughts and emotions on paper, so it’s something natural for me. Ideas are constantly coming, and this is a process that I really enjoy.” 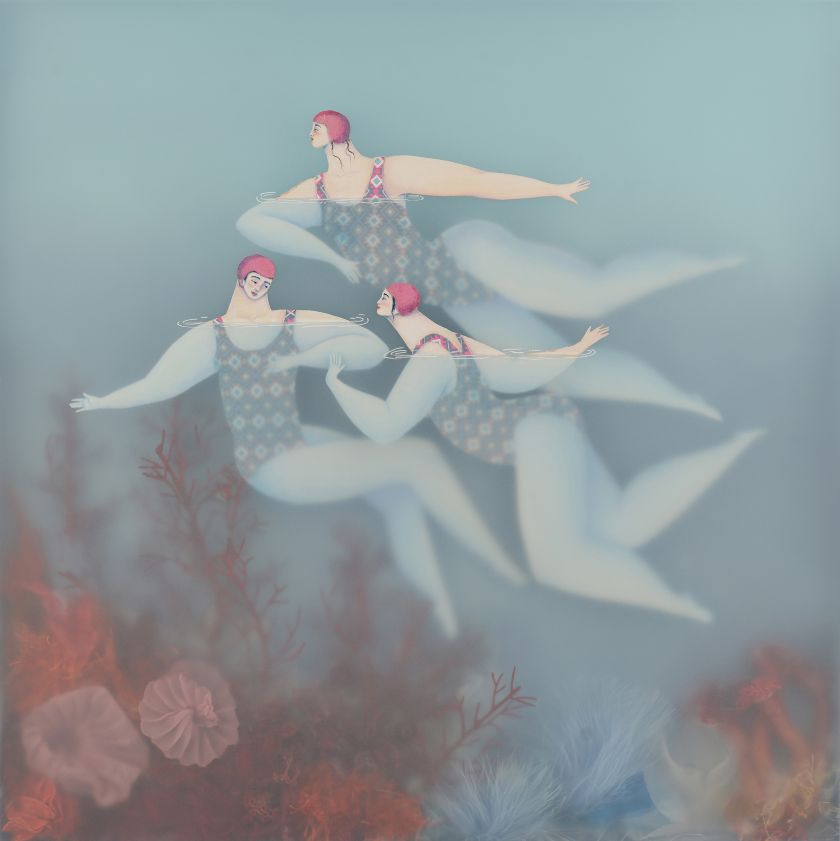 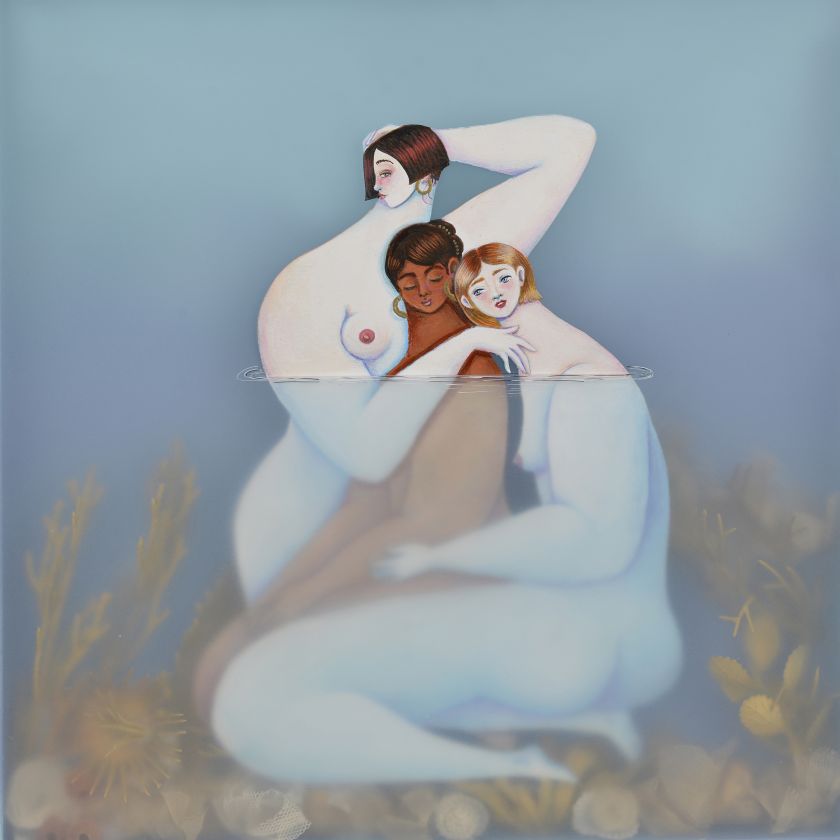 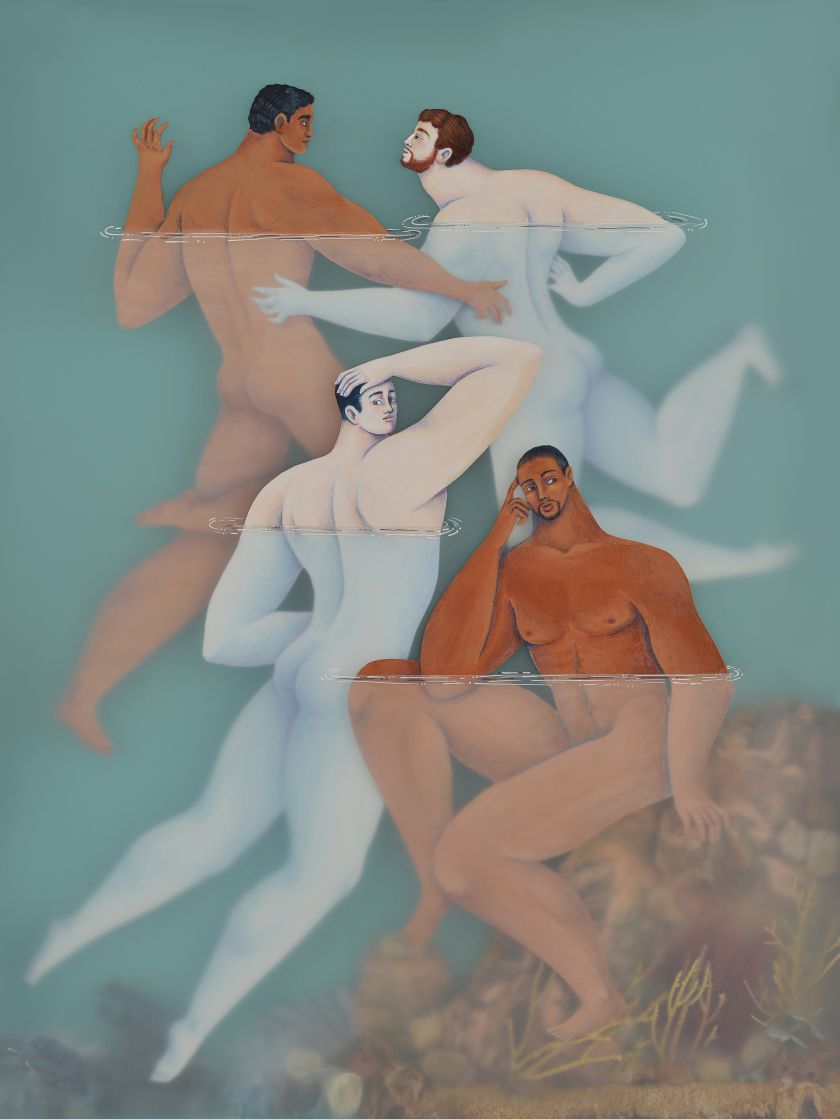