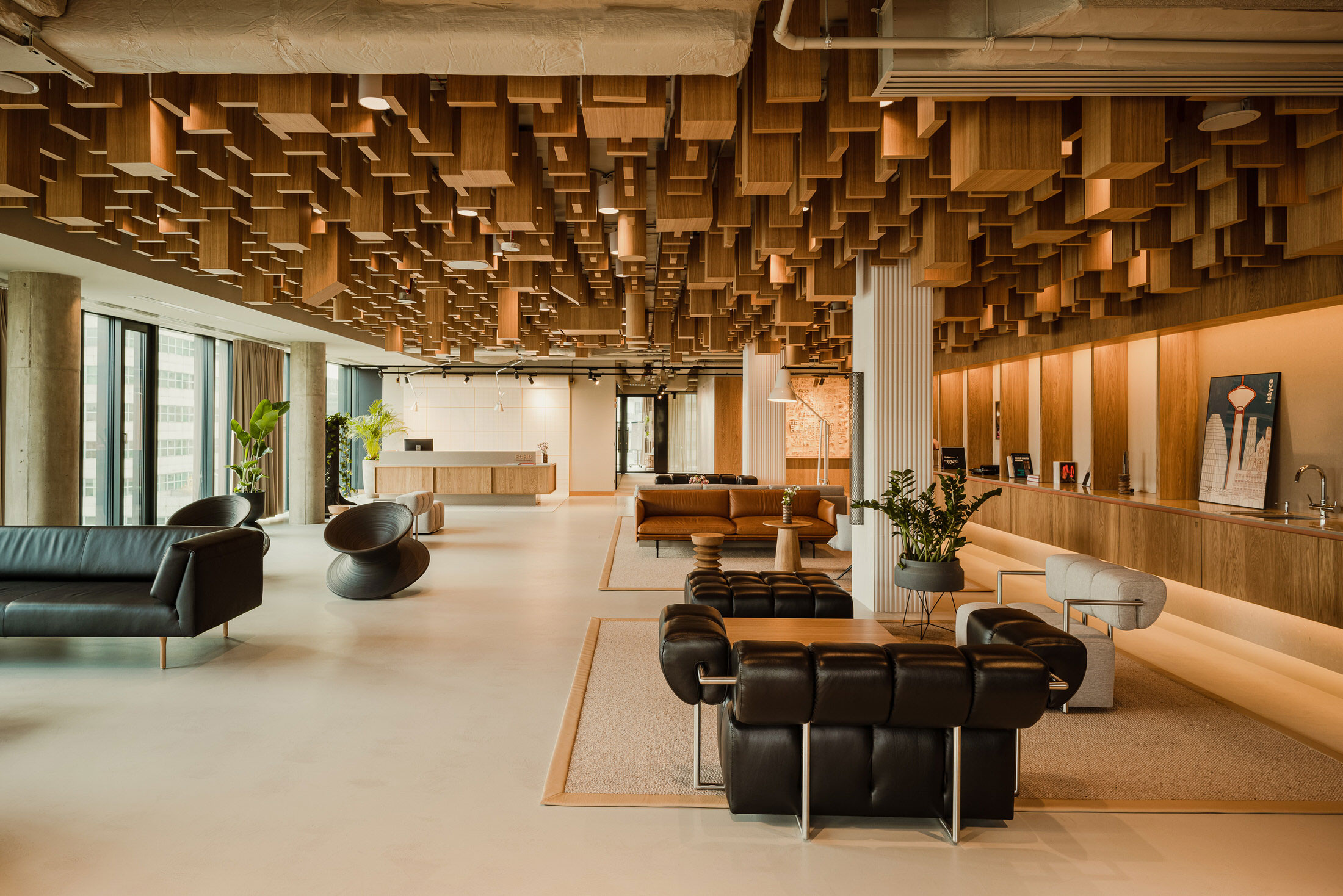 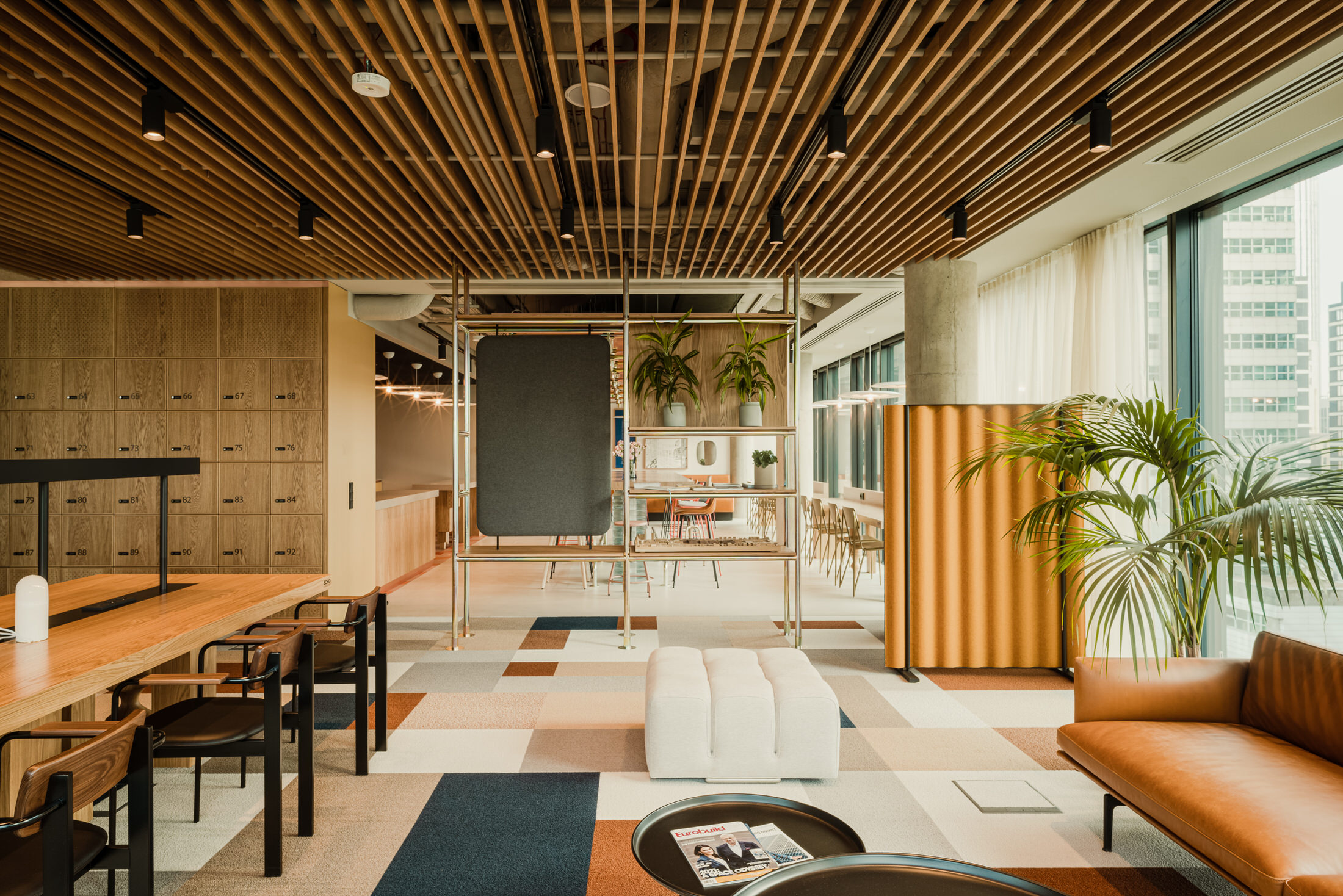 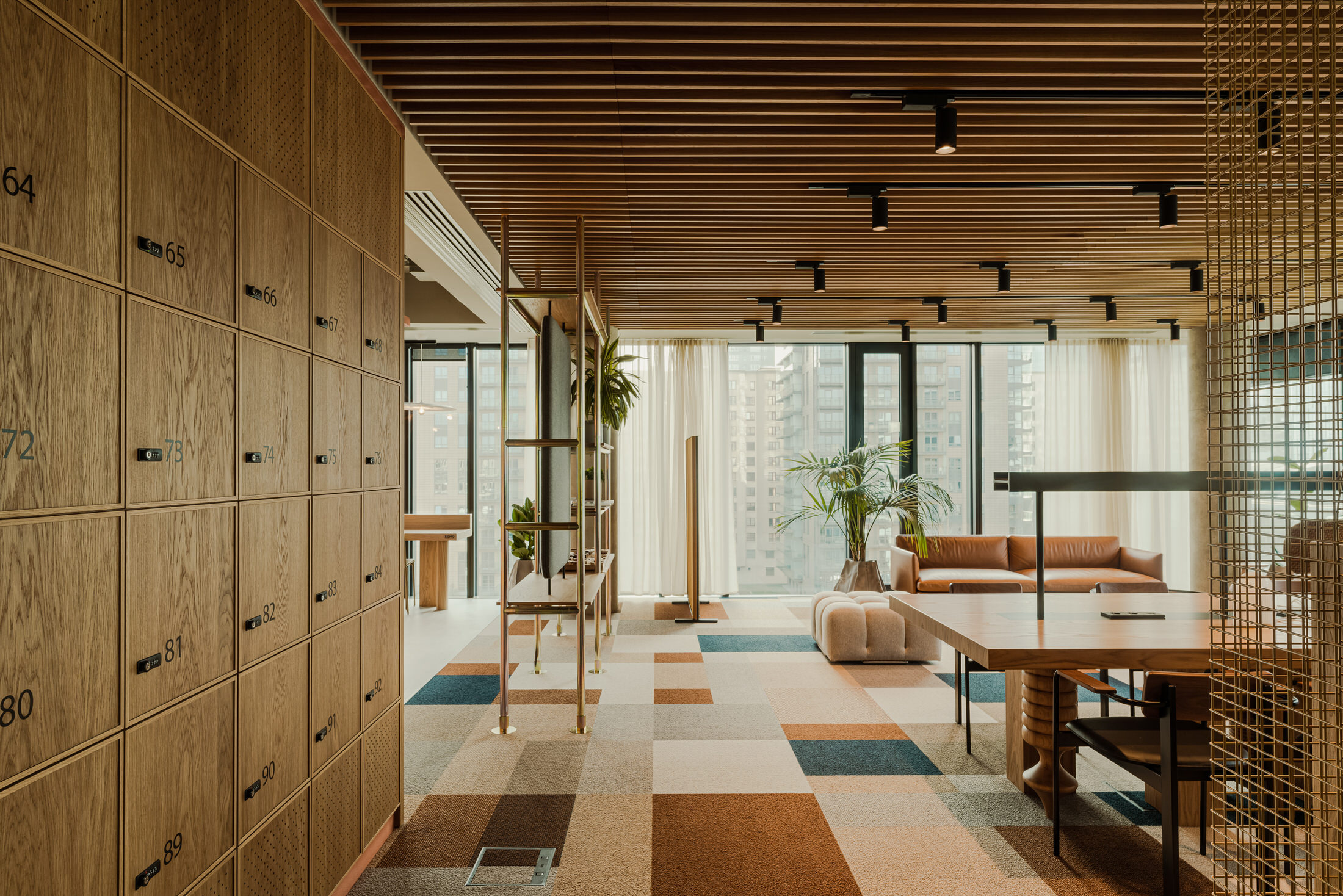 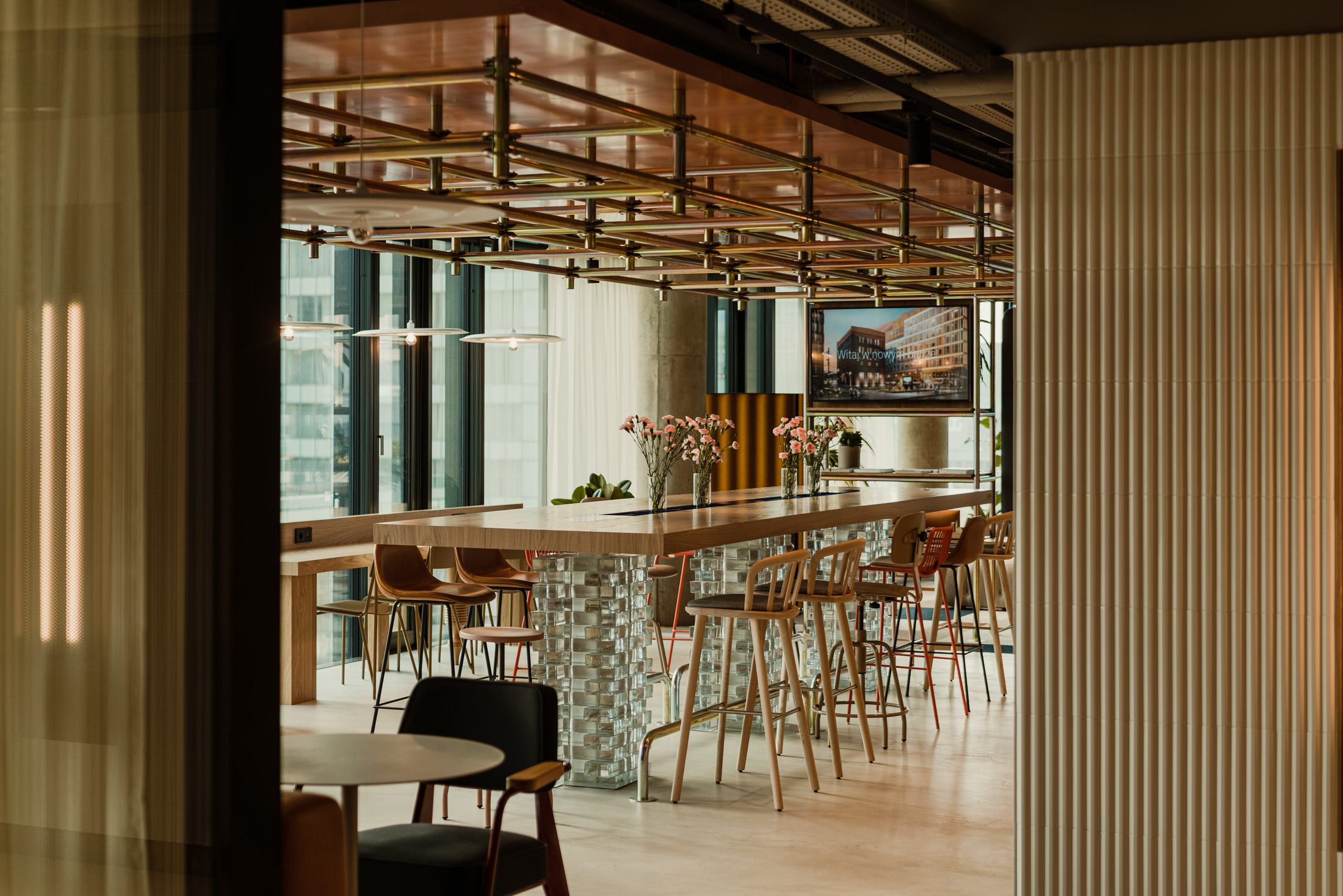 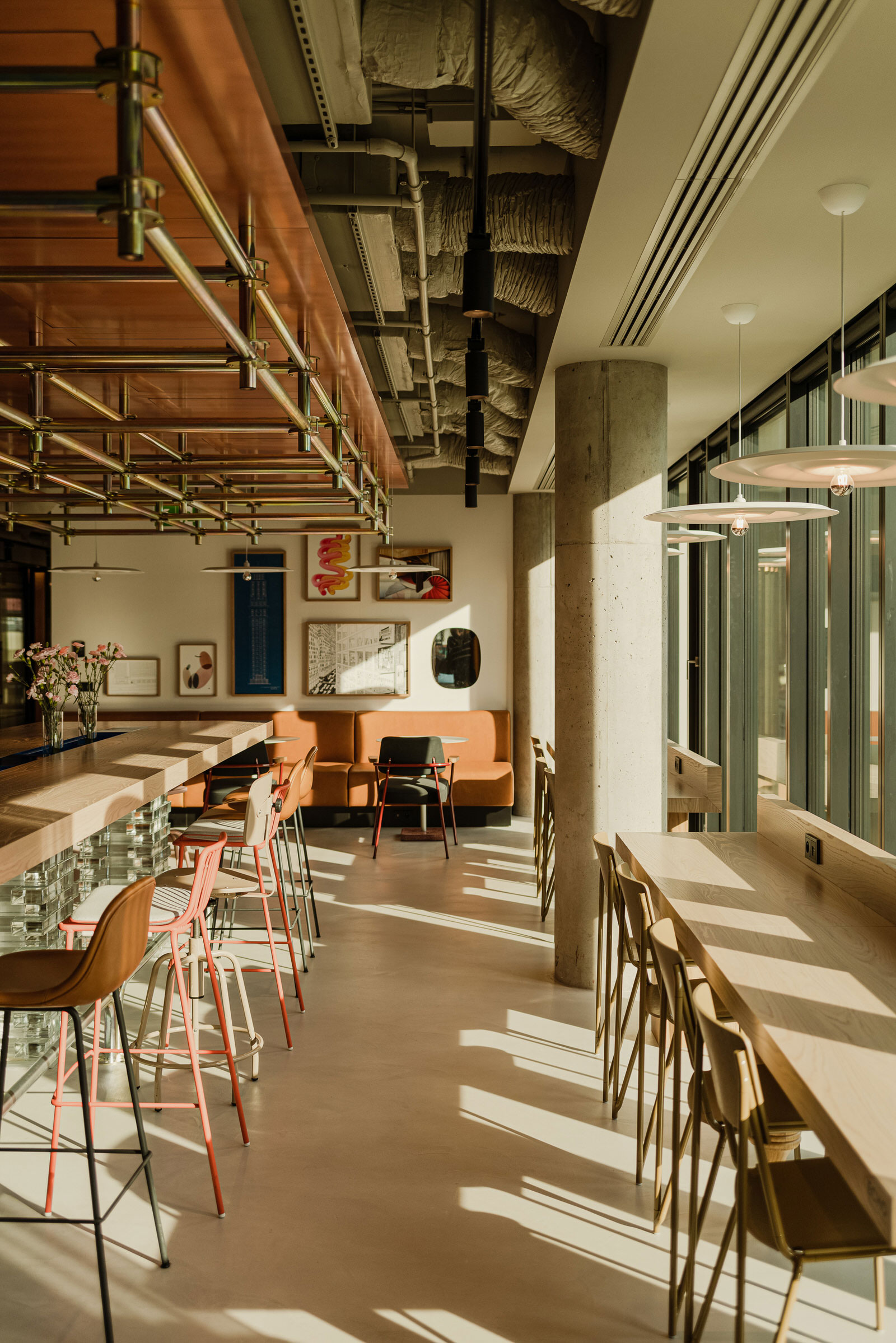 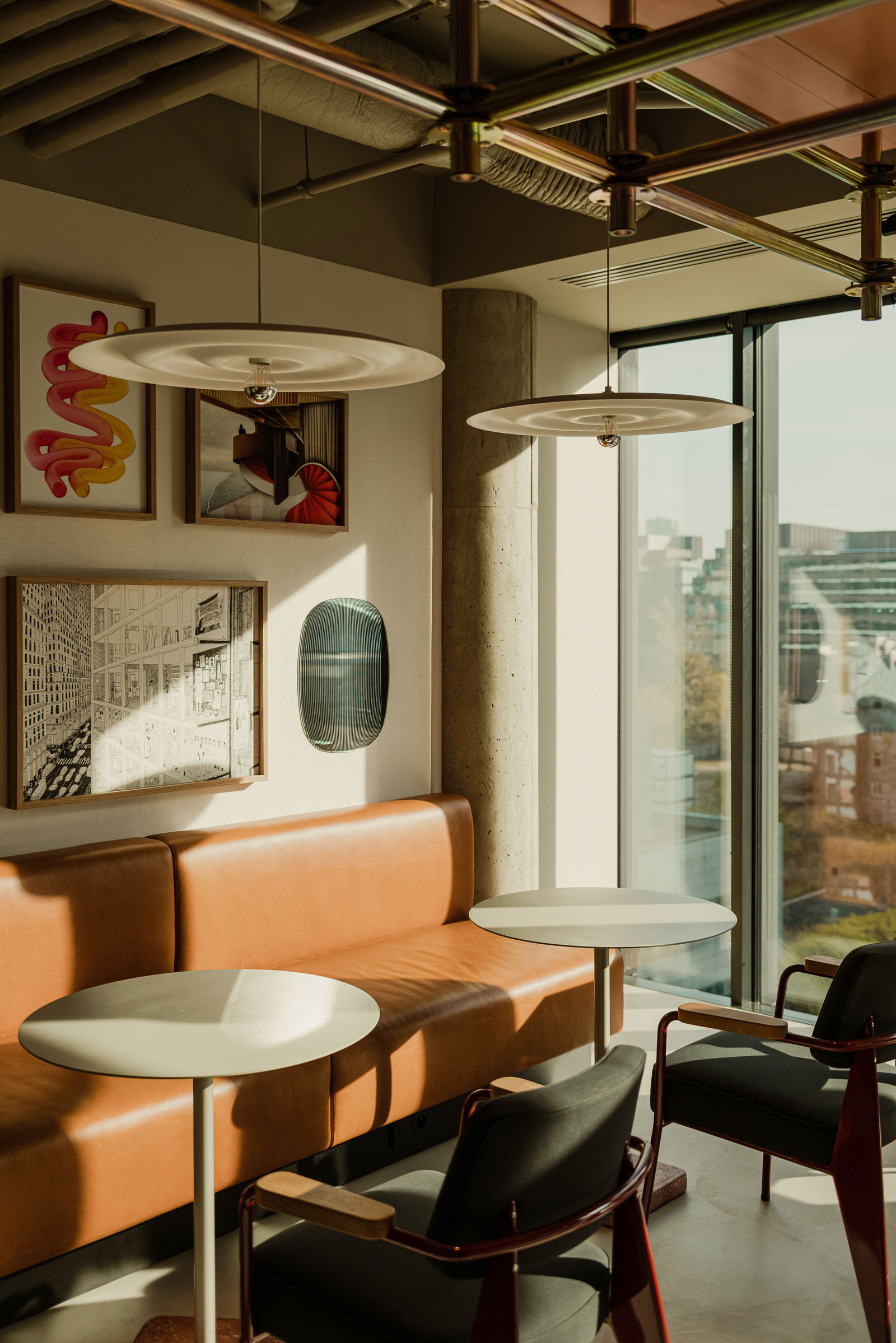 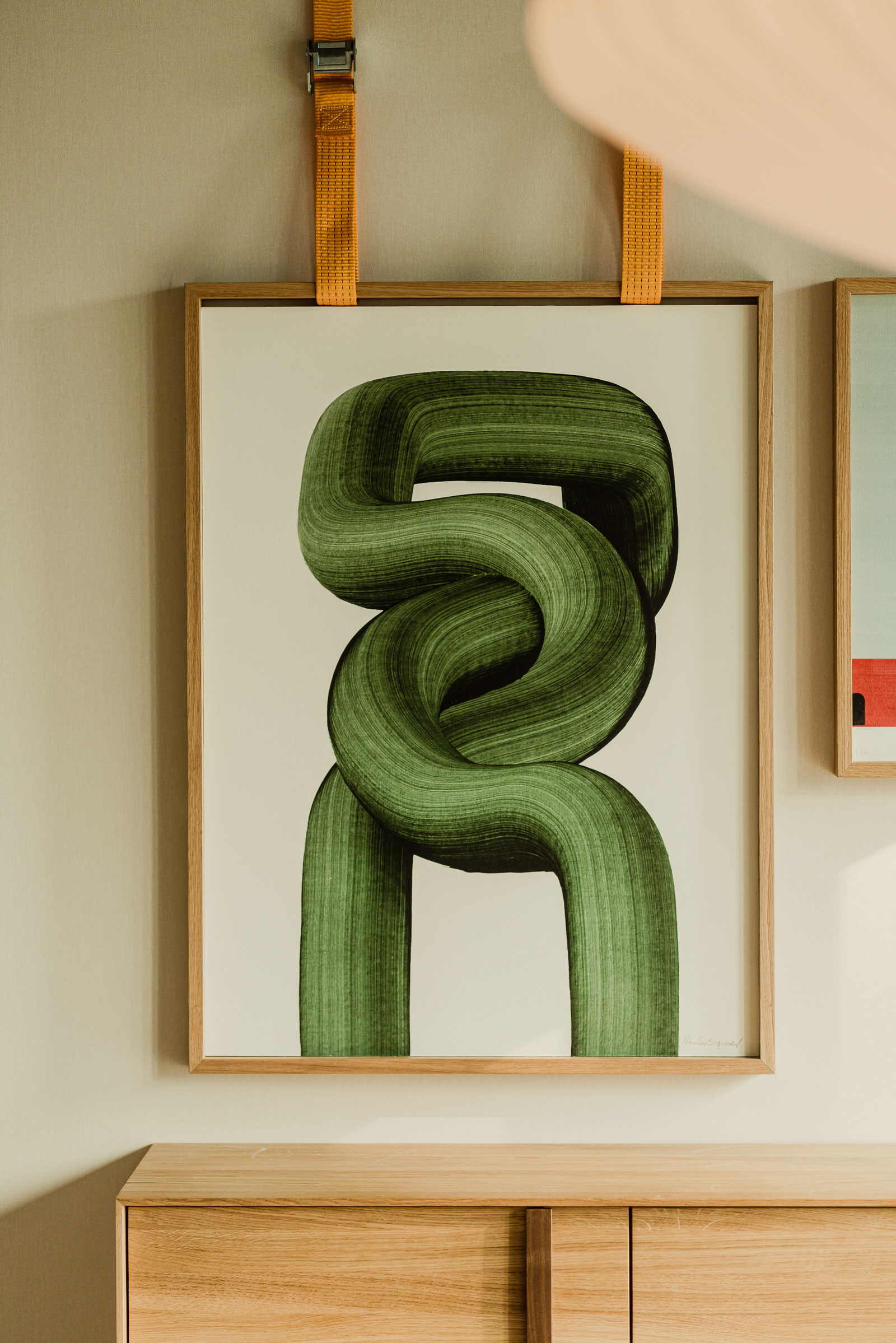 No, you’re not dreaming— but certainly wants you to feel that way. The experience-based practice has designed a tastefully surreal private office in , inspired by the film ‘Inception’. Conceived as the for the mega-developer company, Echo Investment, the project celebrates the unlimited possibilities of creation within the city.

As you enter the , wooden abstract building forms decorate the , referencing the iconic scene from ‘Inception’, in which the city turns upside down. The wooden blocks are also a mirror image of the huge model of Warsaw placed in the lobby, demonstrating how much the current landscape of the capital owes its shape to the buildings erected.

Spacious with panoramic views of the city, the interior has a warm colour palette awash with browns and beiges that are complemented by a dazzling array of noble materials such as wood, ceramics, metal and leather. The team also took some liberties with decorating, adding the Spun chairs by Magis to the lobby, a not-so-subtle allusion to the spinning top that appears in the film. 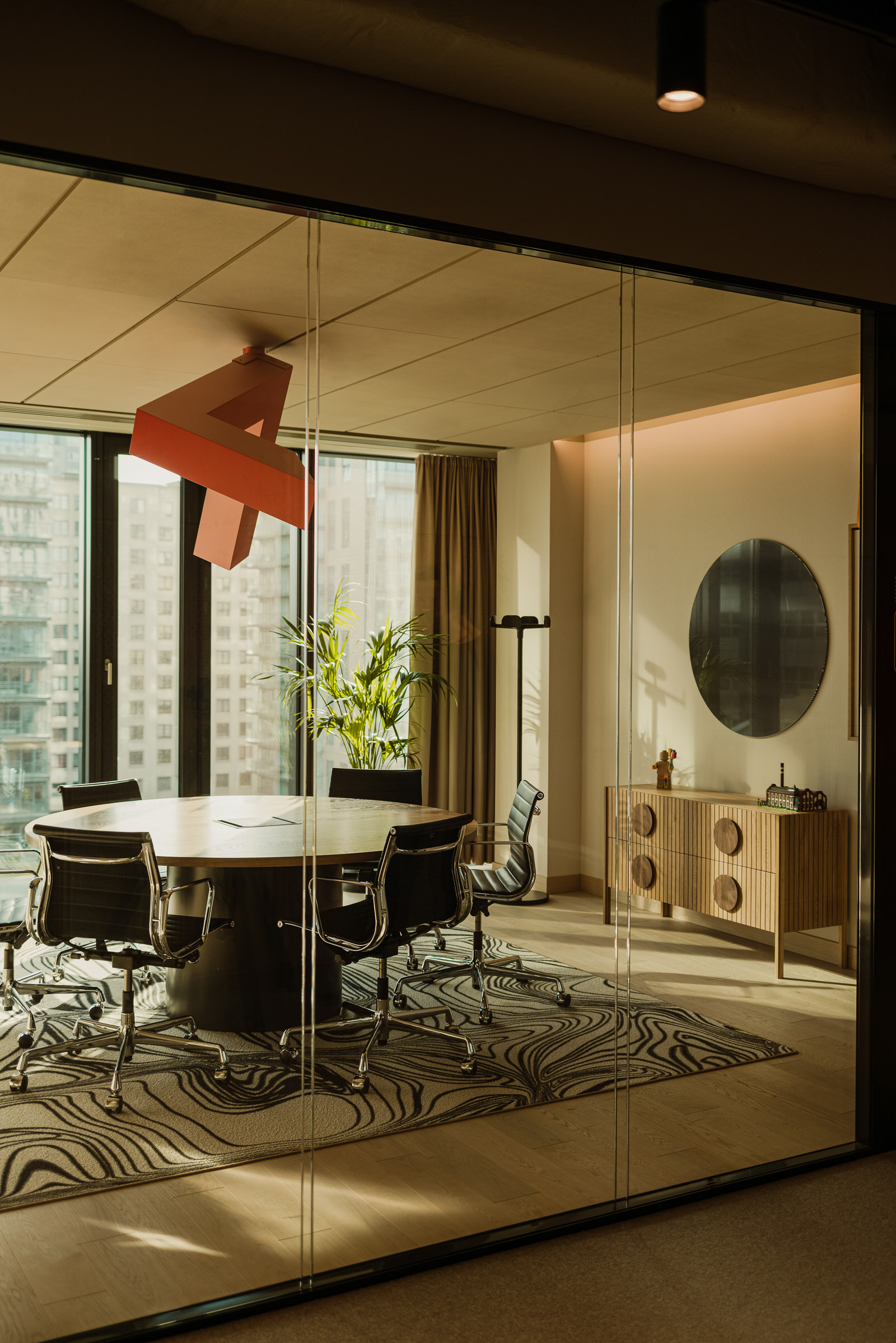 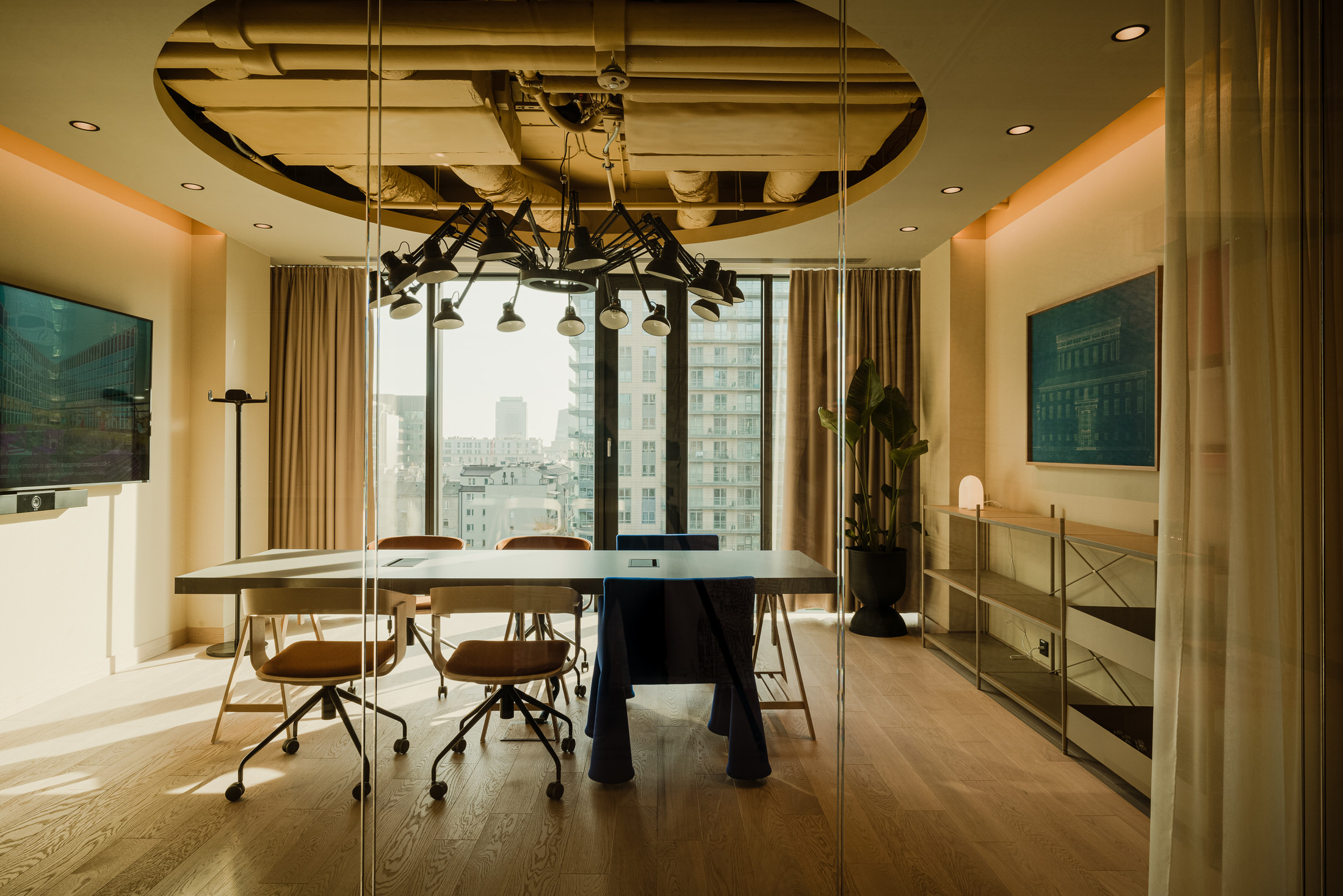 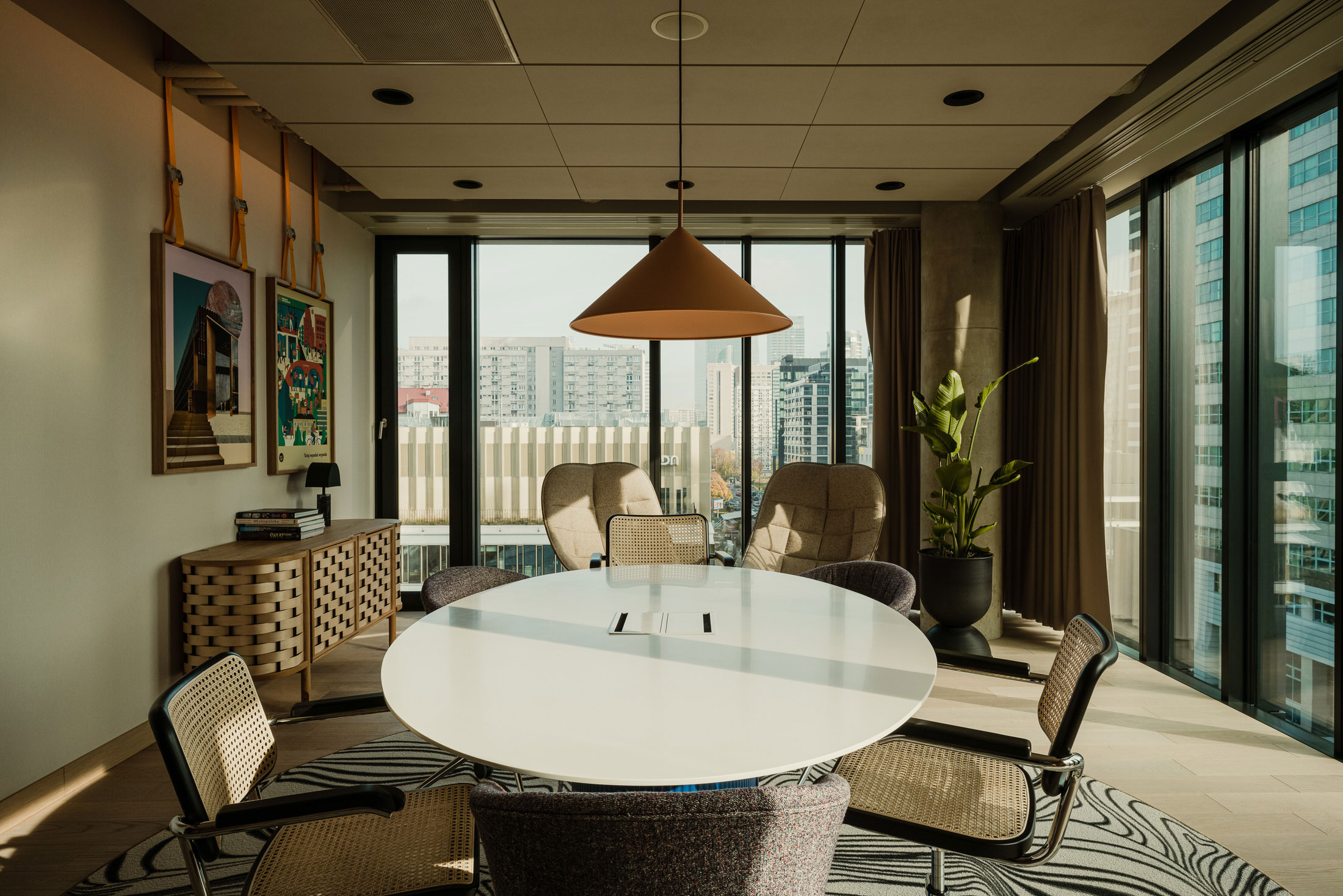 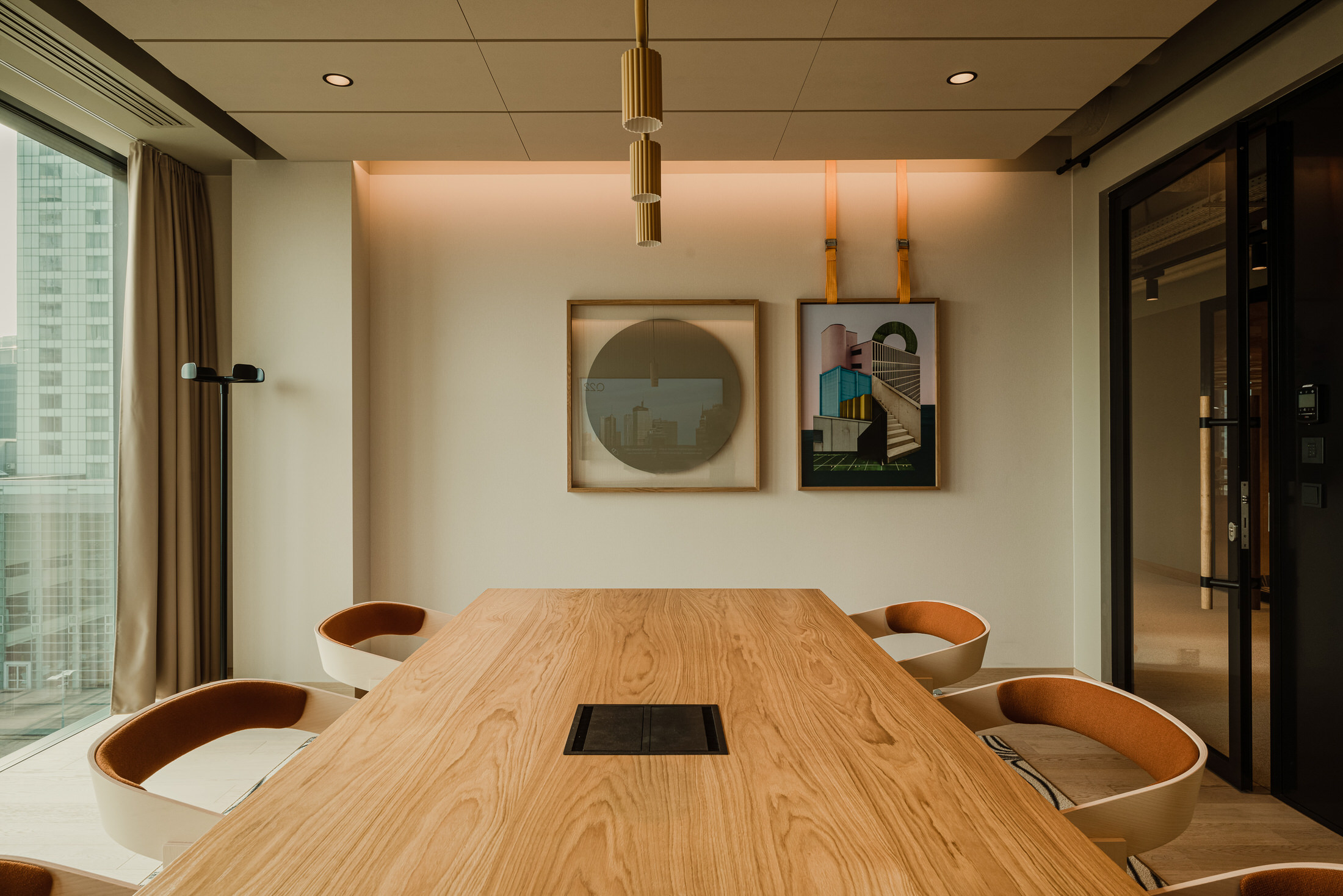 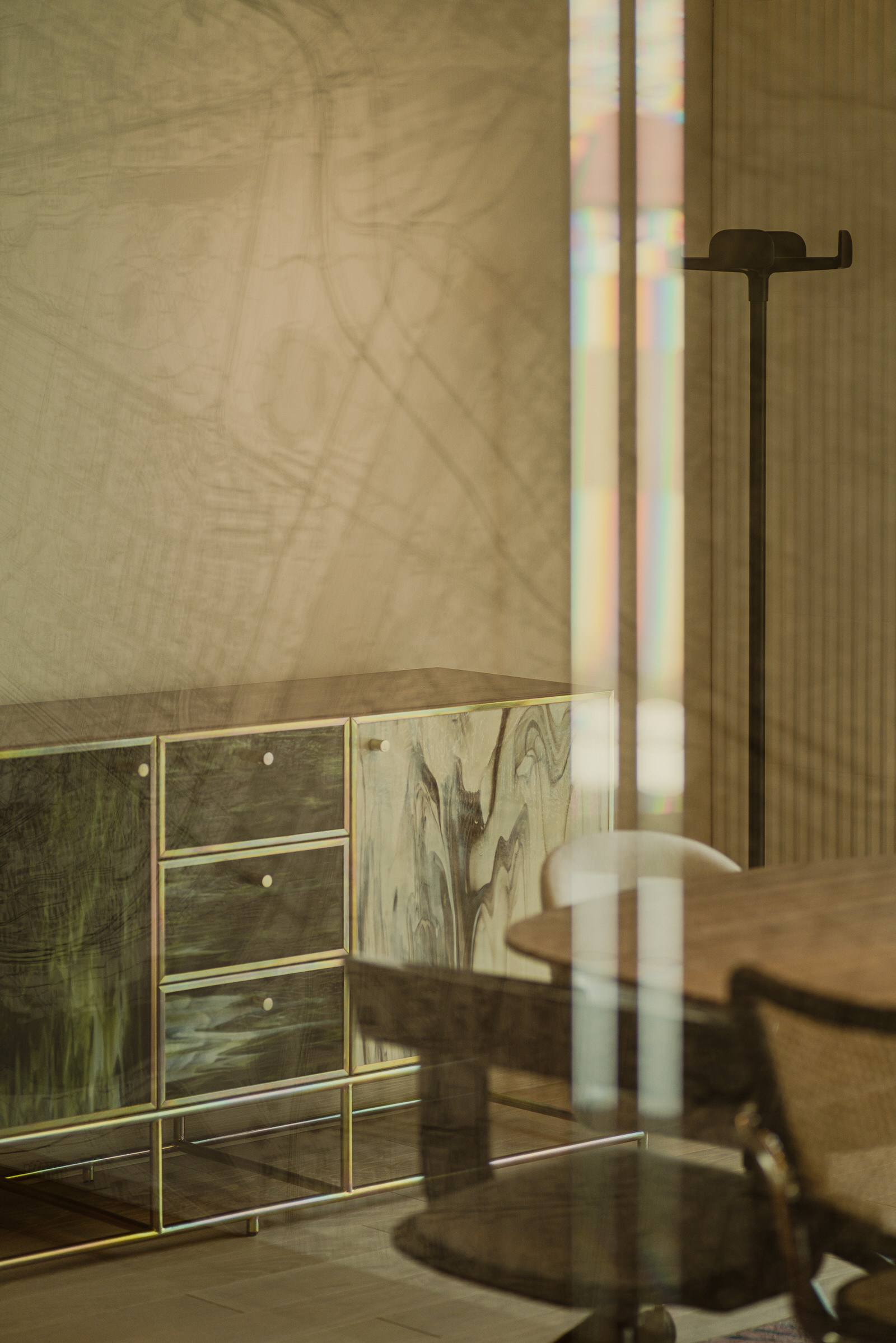 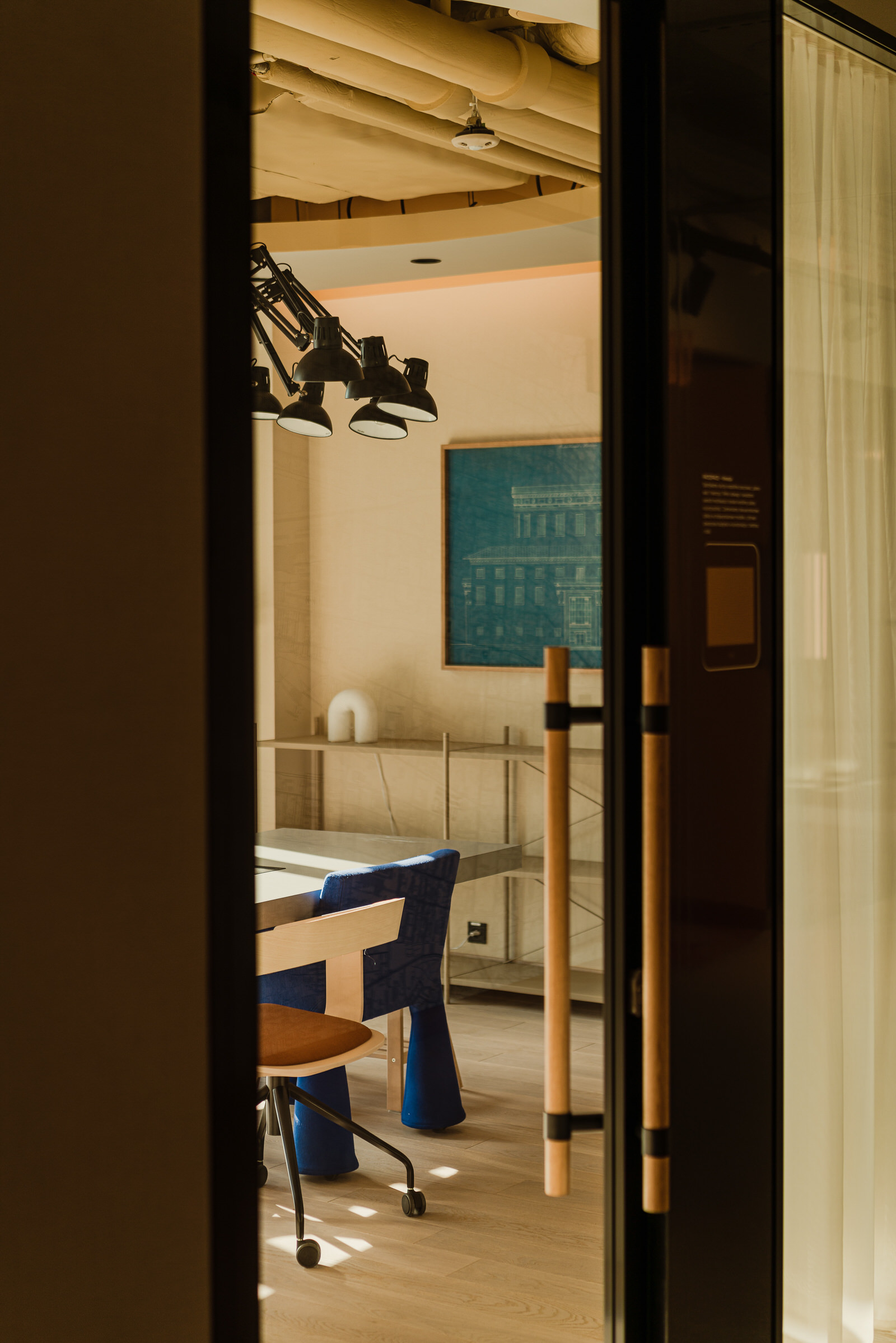 Like an architectural atelier, models and urban plans are found throughout the interior. The reception desk stands on an unfolded sheet of ‘graph paper’, illuminated by Artemide’s Tolomeo drawing lamps.

Located in the former Warsaw breweries, the design also pays homage to the site’s former life. Numerous copper details allude to the brewing vats. In addition to copper, original cast-iron poles from the demolition of the former brewery’s buildings have been refashioned into pot plants while the front door handles are an interpretation of the Warsaw Breweries logo. 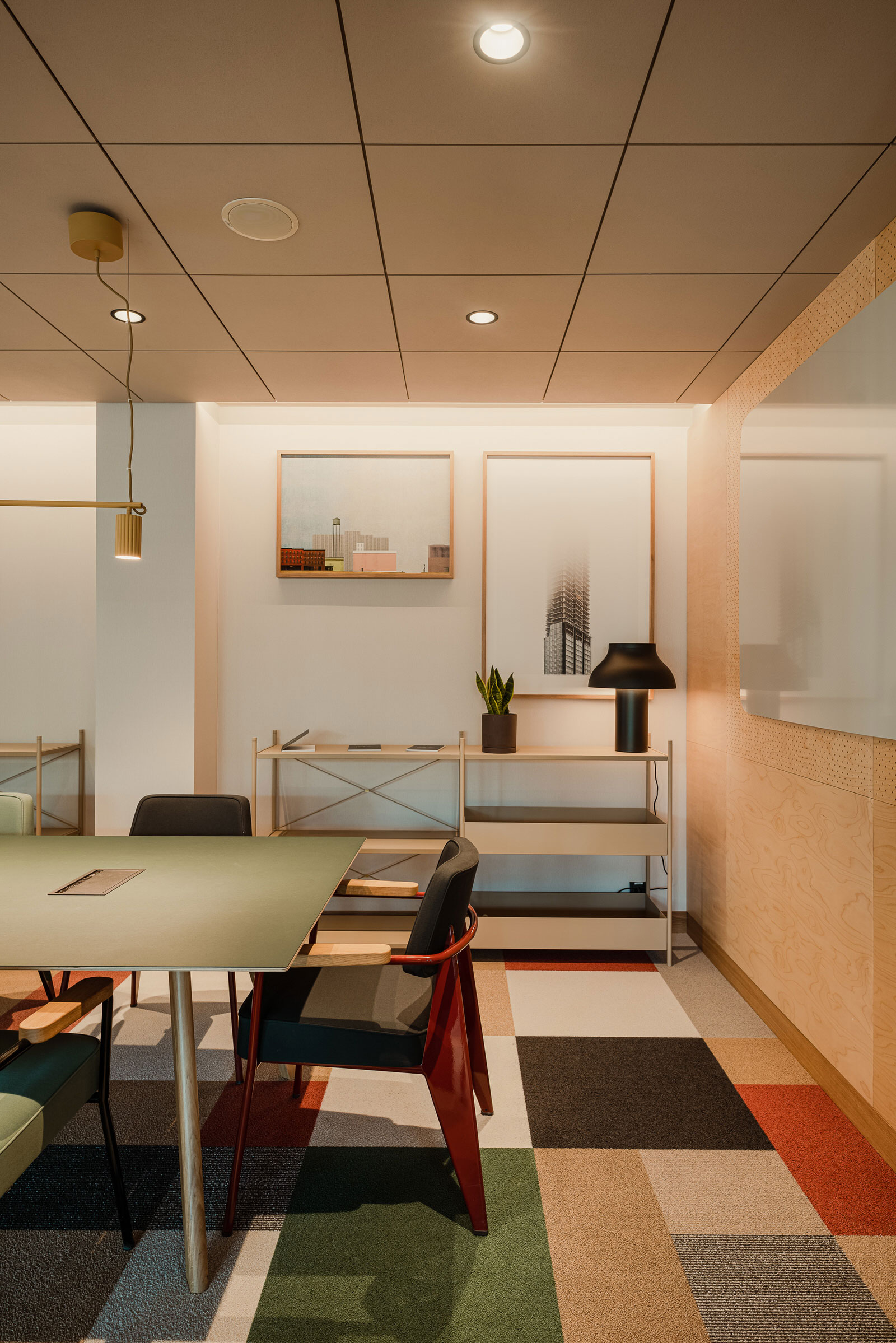 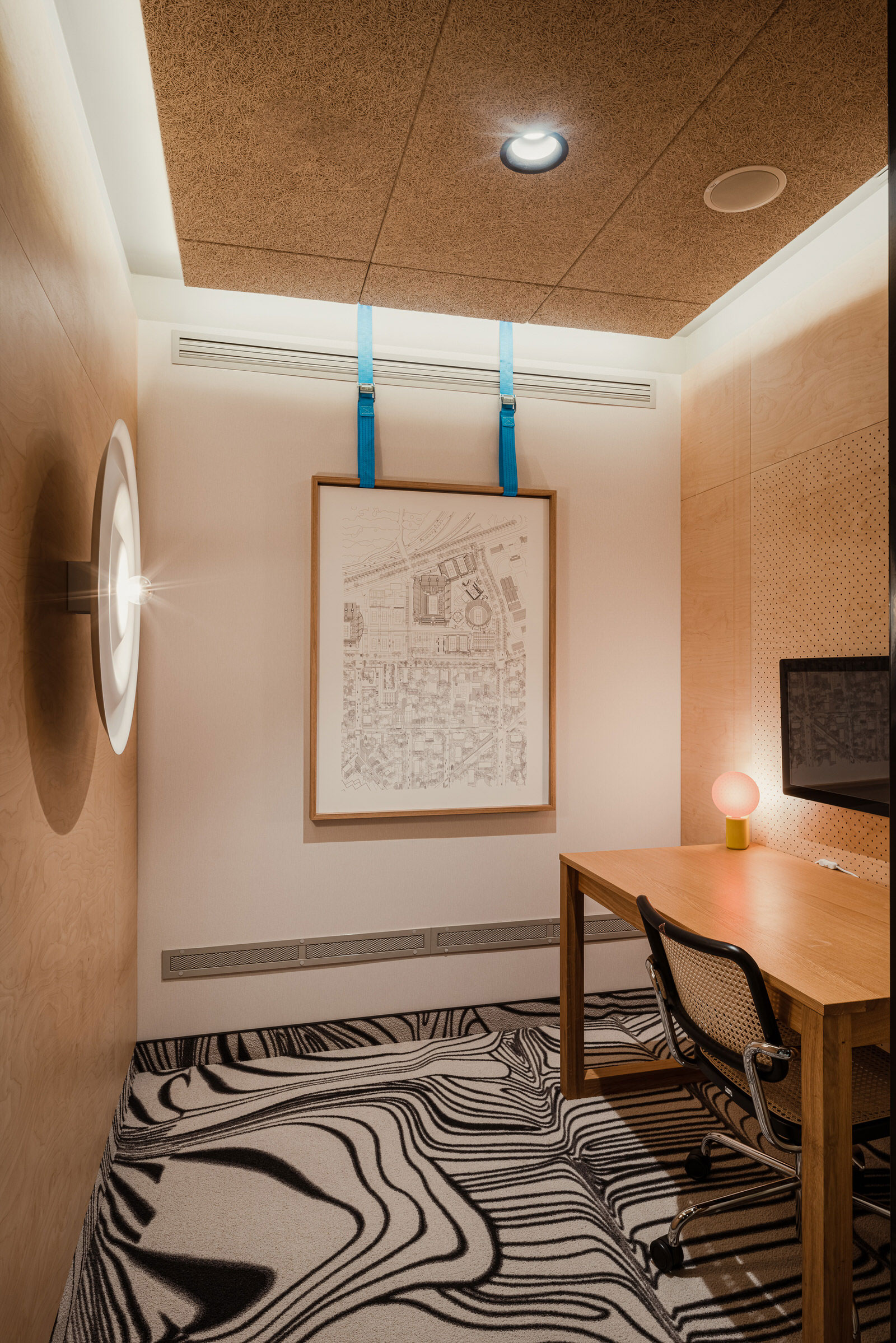 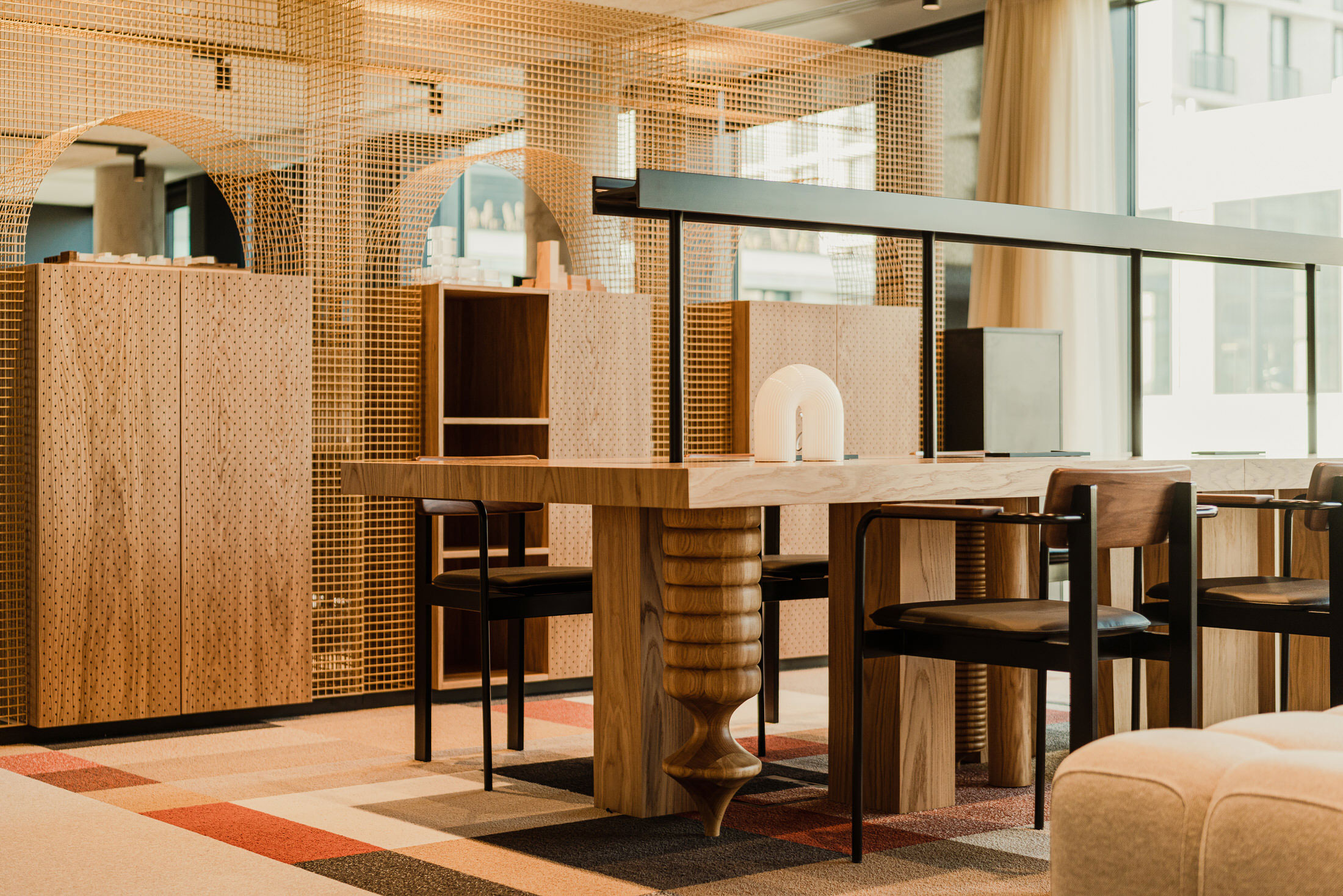 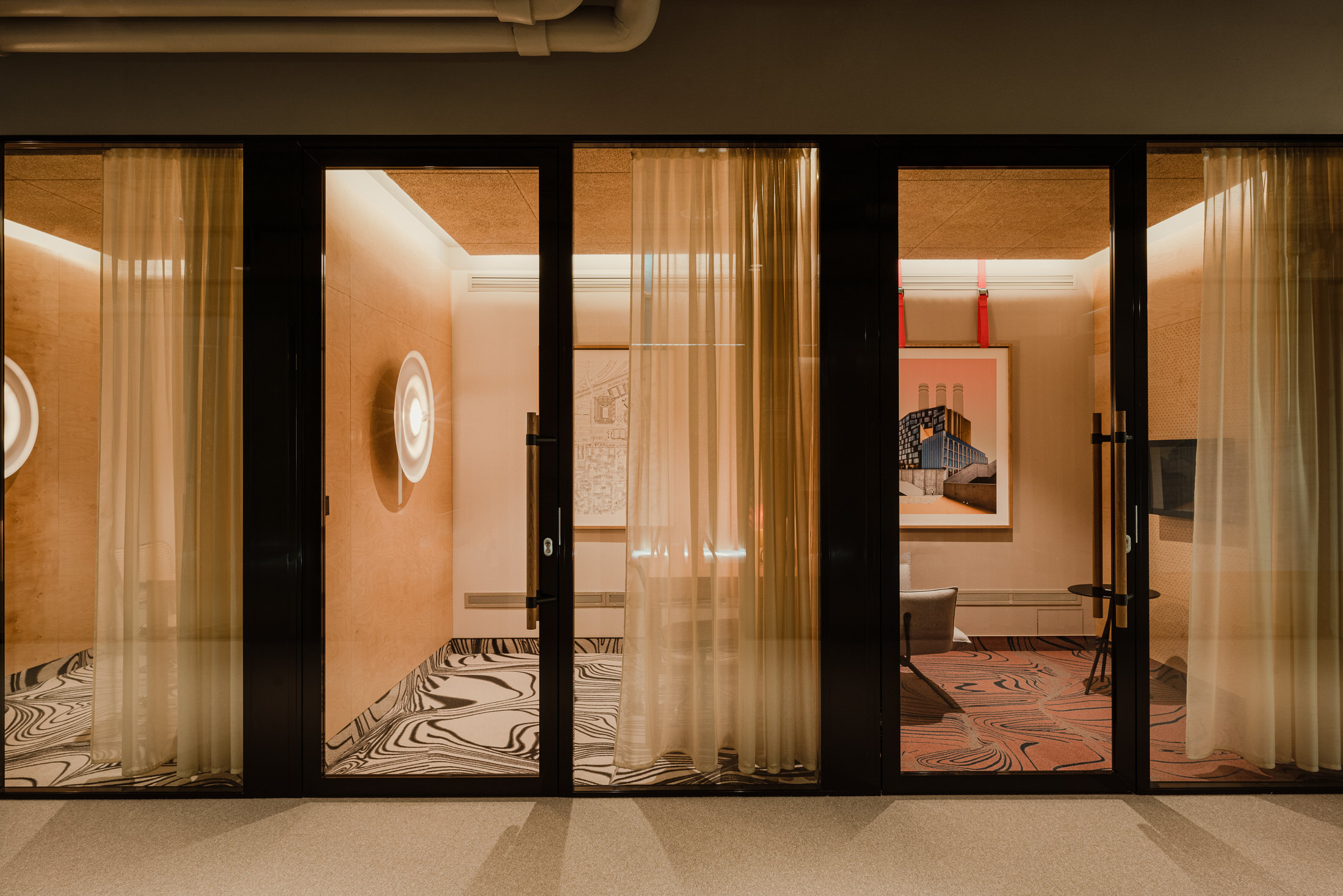 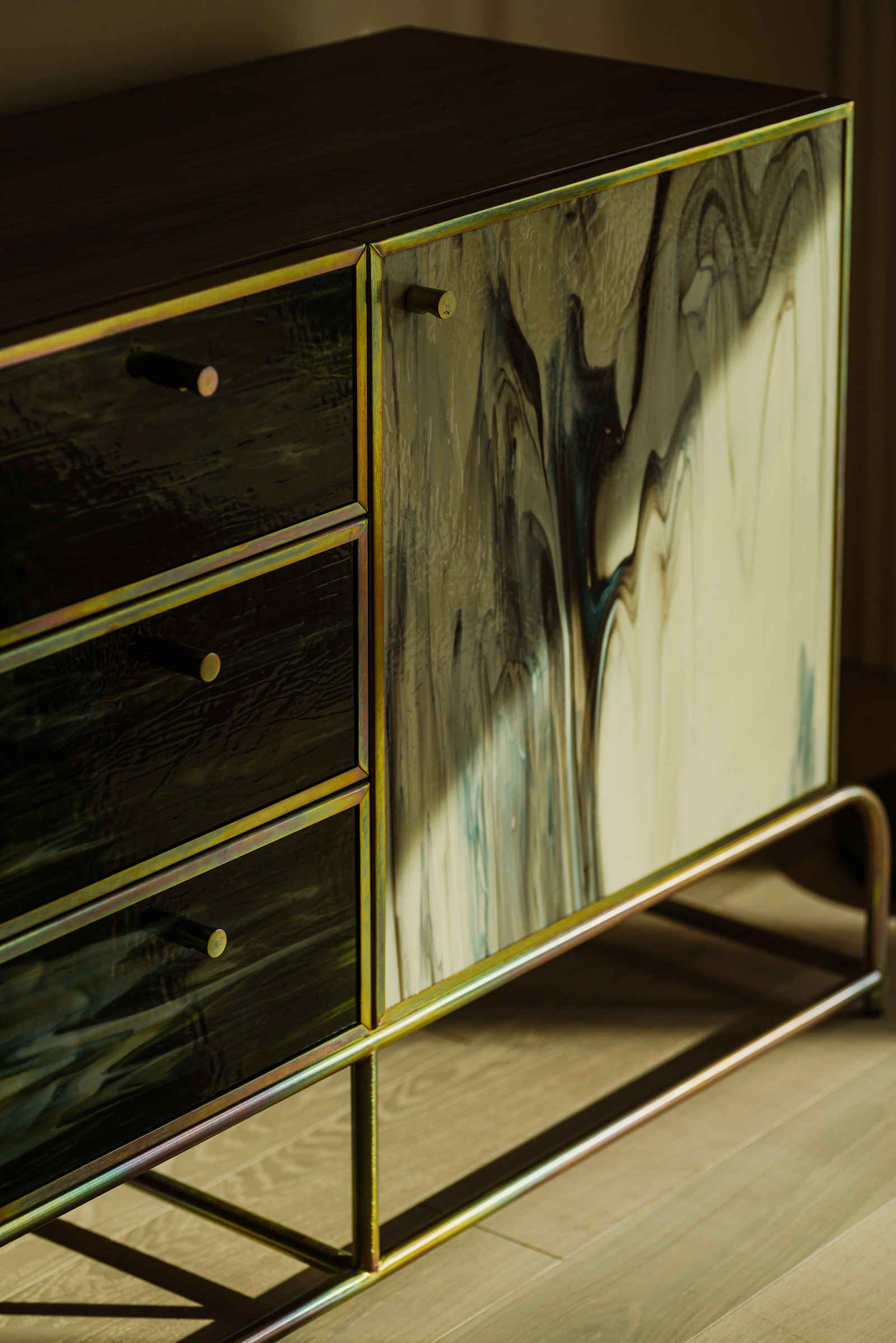 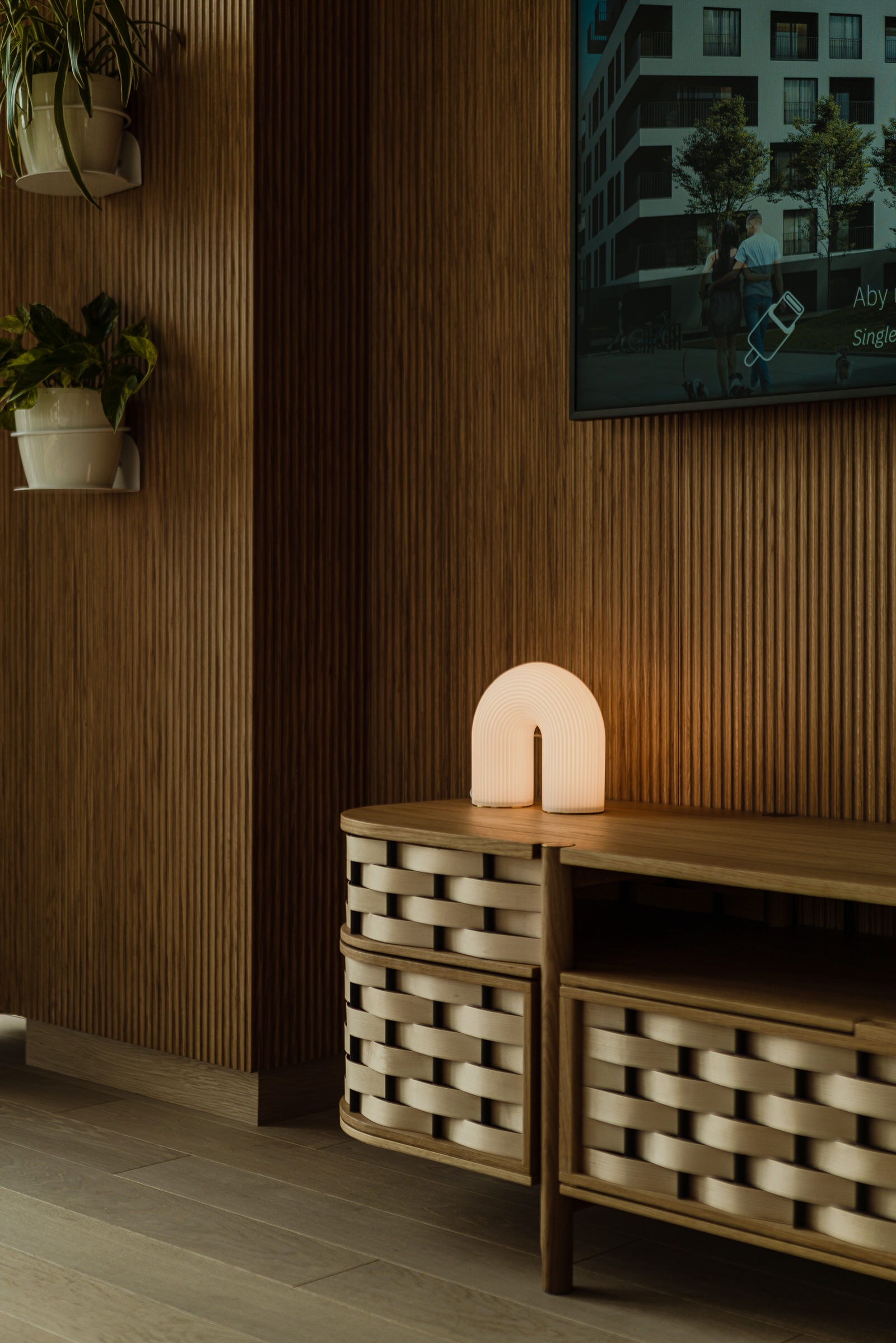 Each conference room recreates a different stage of sleep. Just as in dreams, surprising, impossible, non-existent things and events often appear suddenly, in each of the conference rooms there is at least one characteristic element from the border of waking and dreaming or the sphere of optical illusions. From a room with a copper lens that reverses the perspective, rooms with Penrose’s impossible triangle, an “architectural” room with a model of the same room inside, a room with 3D printing elements to an “origami” room with a ceiling in the form of scaled ‘expanded metal’ made of felt.

Art by Polish artists such as , and is seen throughout the office. Some of the graphics are an interpretation of the clients’ own buildings and were made especially for the needs of this office.