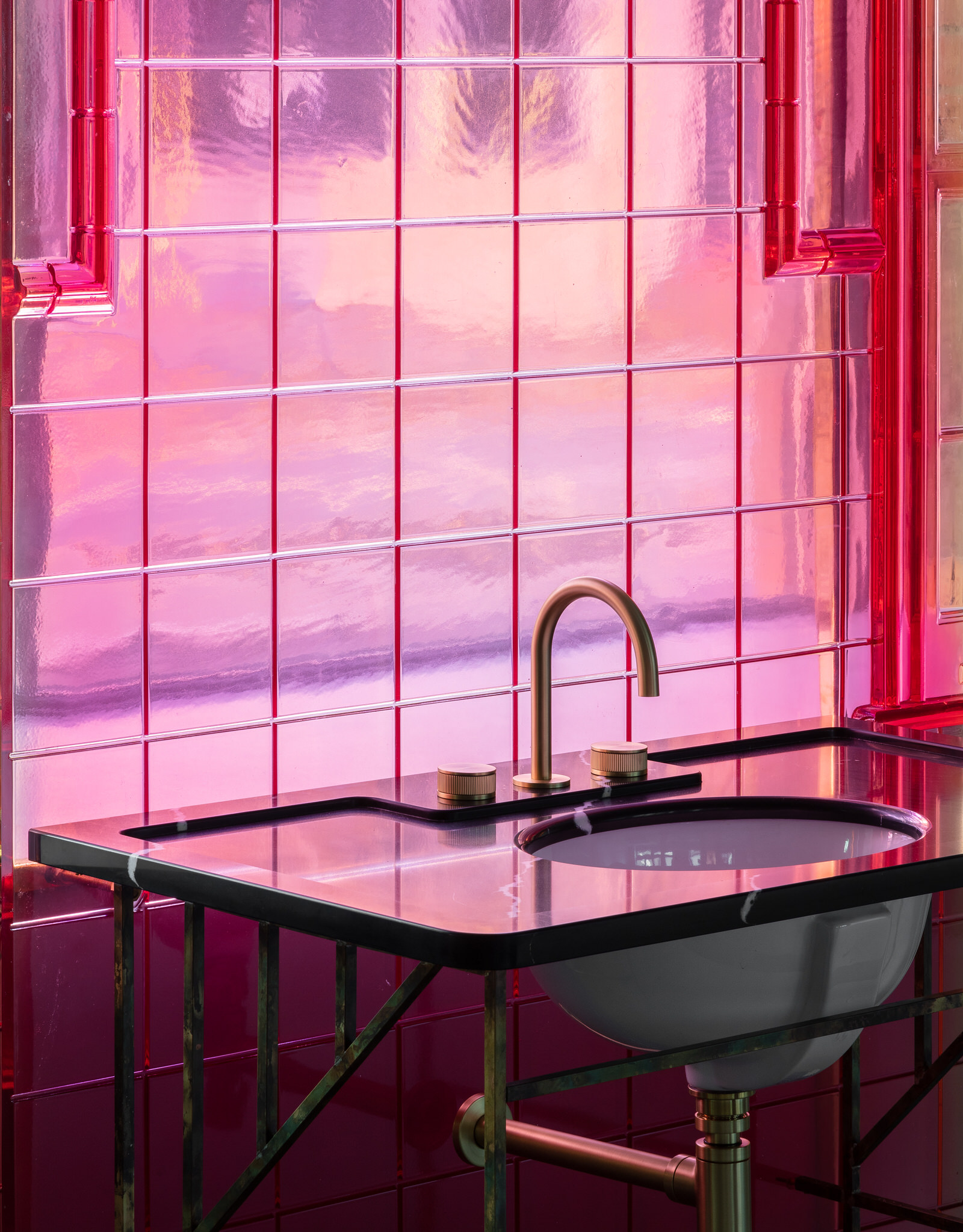 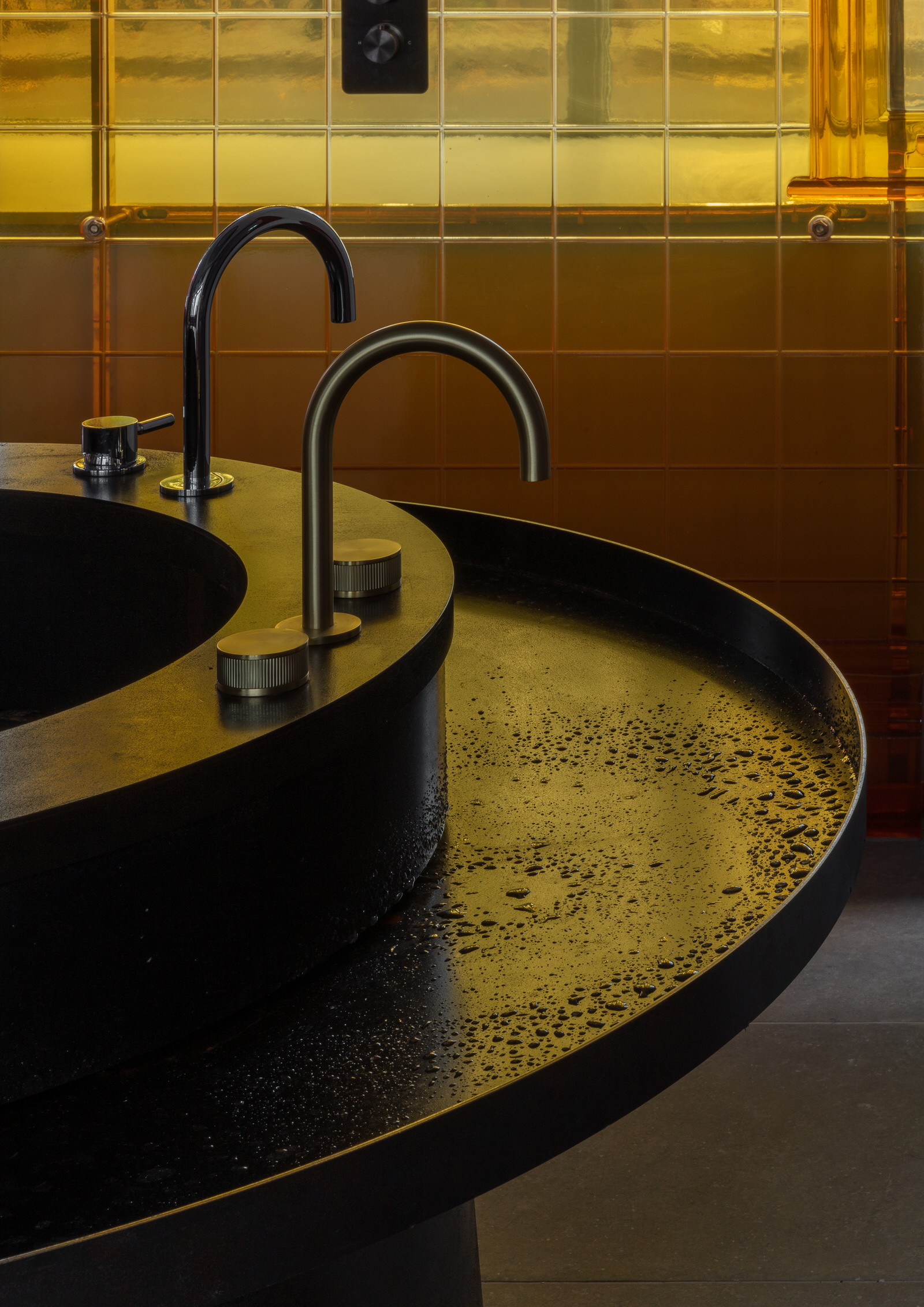 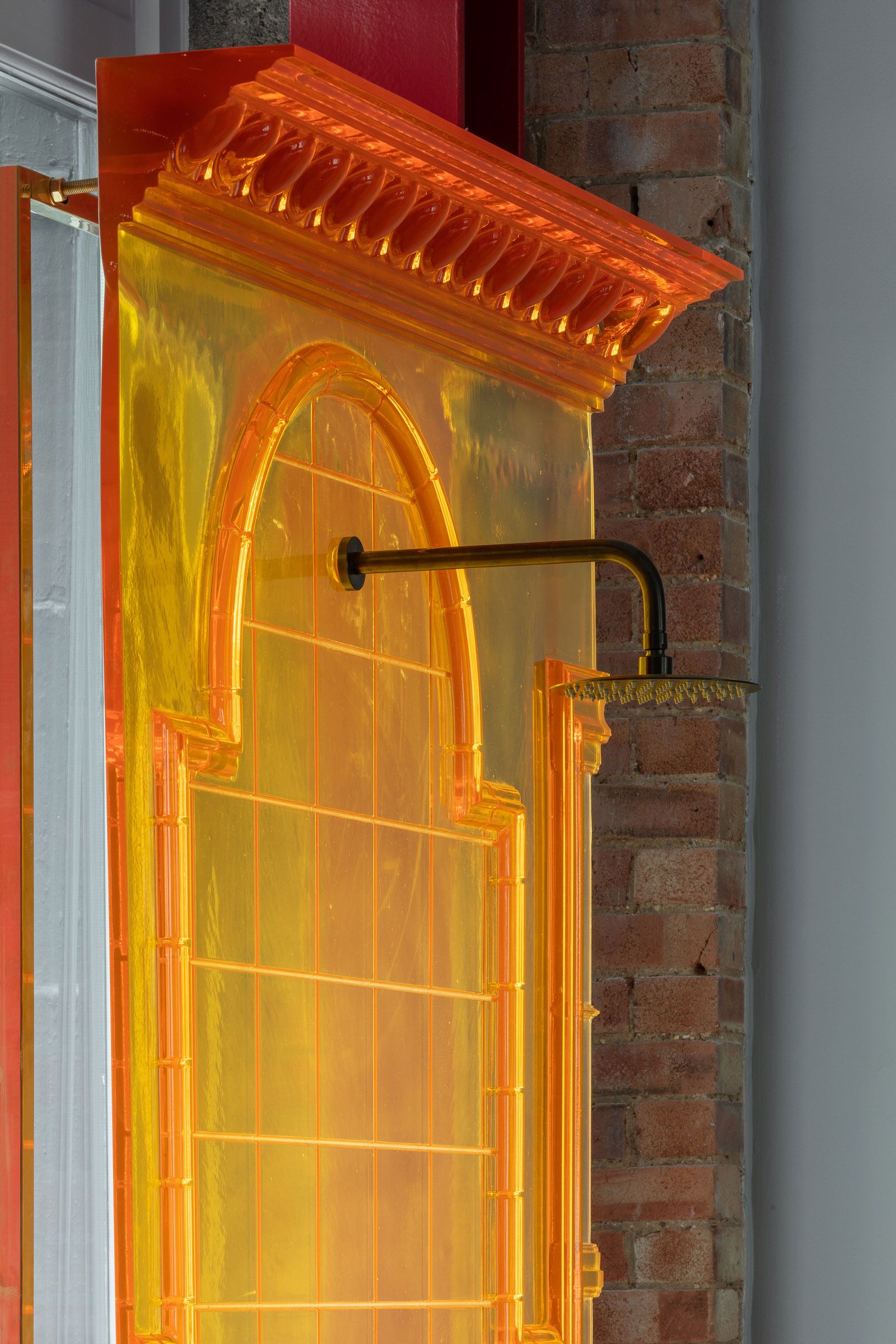 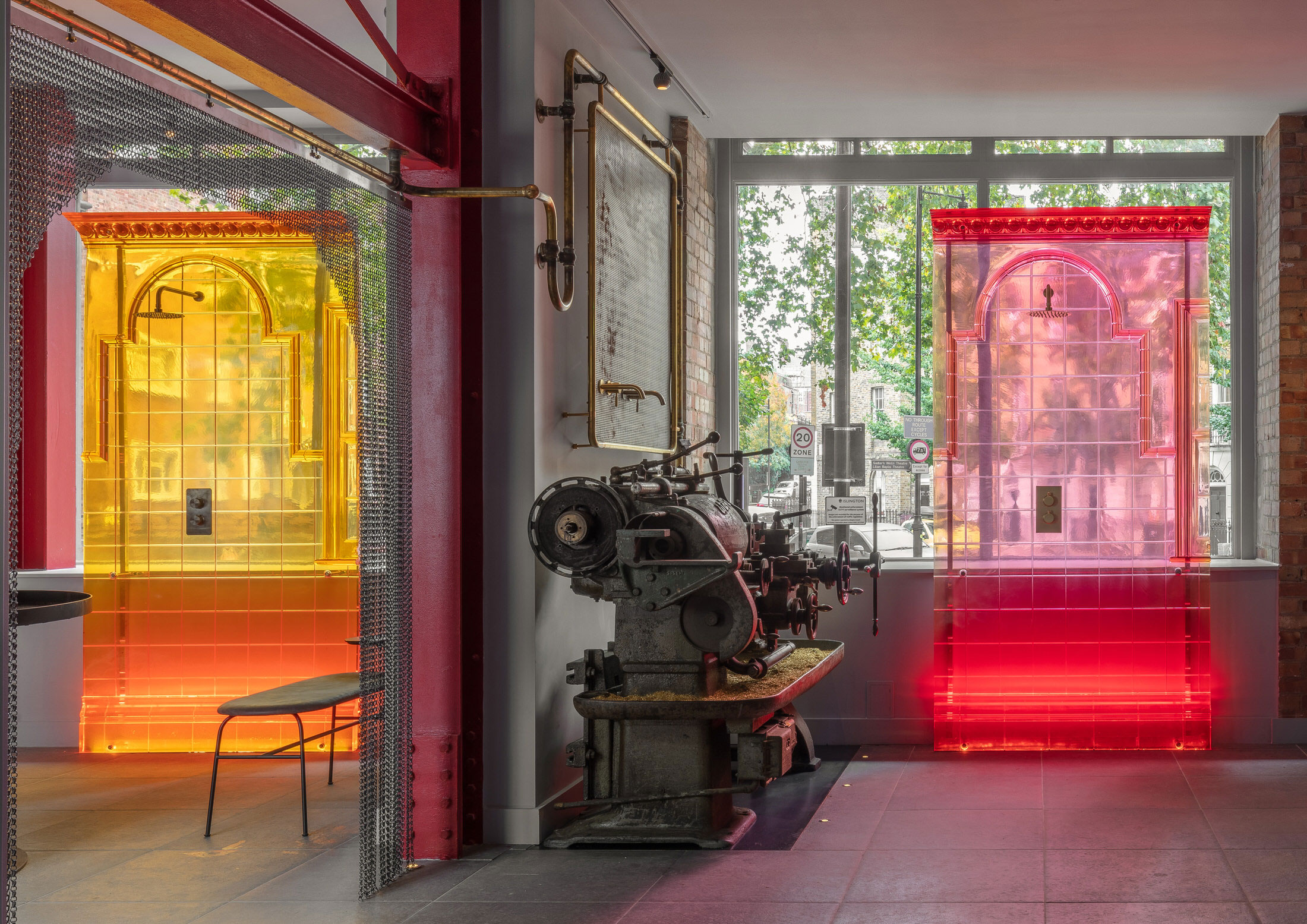 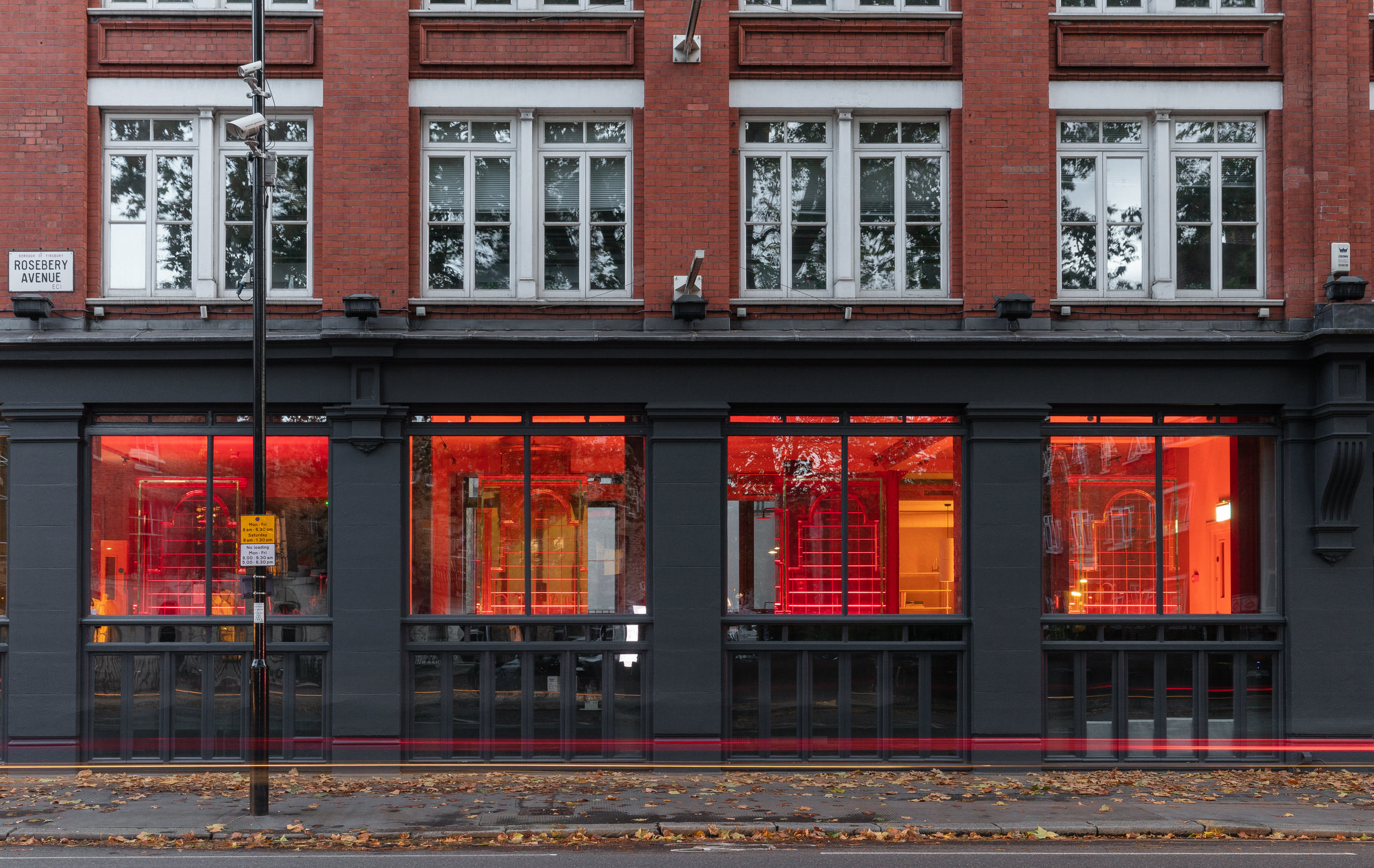 Inside ’s latest interior space, The Market Building, memories of “(towering) skylines of cities, the searing heat or the furnaces and engine rooms, and rough chiselled quarries” are captured in ghostly forms and silhouettes. This two-storey experience-led , commissioned by bathroom solutions , proudly evokes traces of the Industrial Revolution through the intersection of sensory experiences.

Located in ‘s Clarkenwell, Market Building’s concept was drawn from the origin of Coalbrook’s name—a village called Coalbrookdale that erected the world’s first iron bridge. Paying homage to the site’s significant role in the Industrial Revolution, Holloway Li introduced an industrial landscape reinterpreted through abstract and contemporary technology that one would deem as a steampunk fantasy.

Across the ground floor, the interior is finished in coats of off-white, with patches of exposed brick walls and restored structural beams retained for history. Scattered strategically are columns of chimney silhouettes in deep bronze, with each panel hosting timeless shower fixtures. Some silhouettes are reduced in size and transform into a top-hat like a basin for visitors to appreciate the tapware. 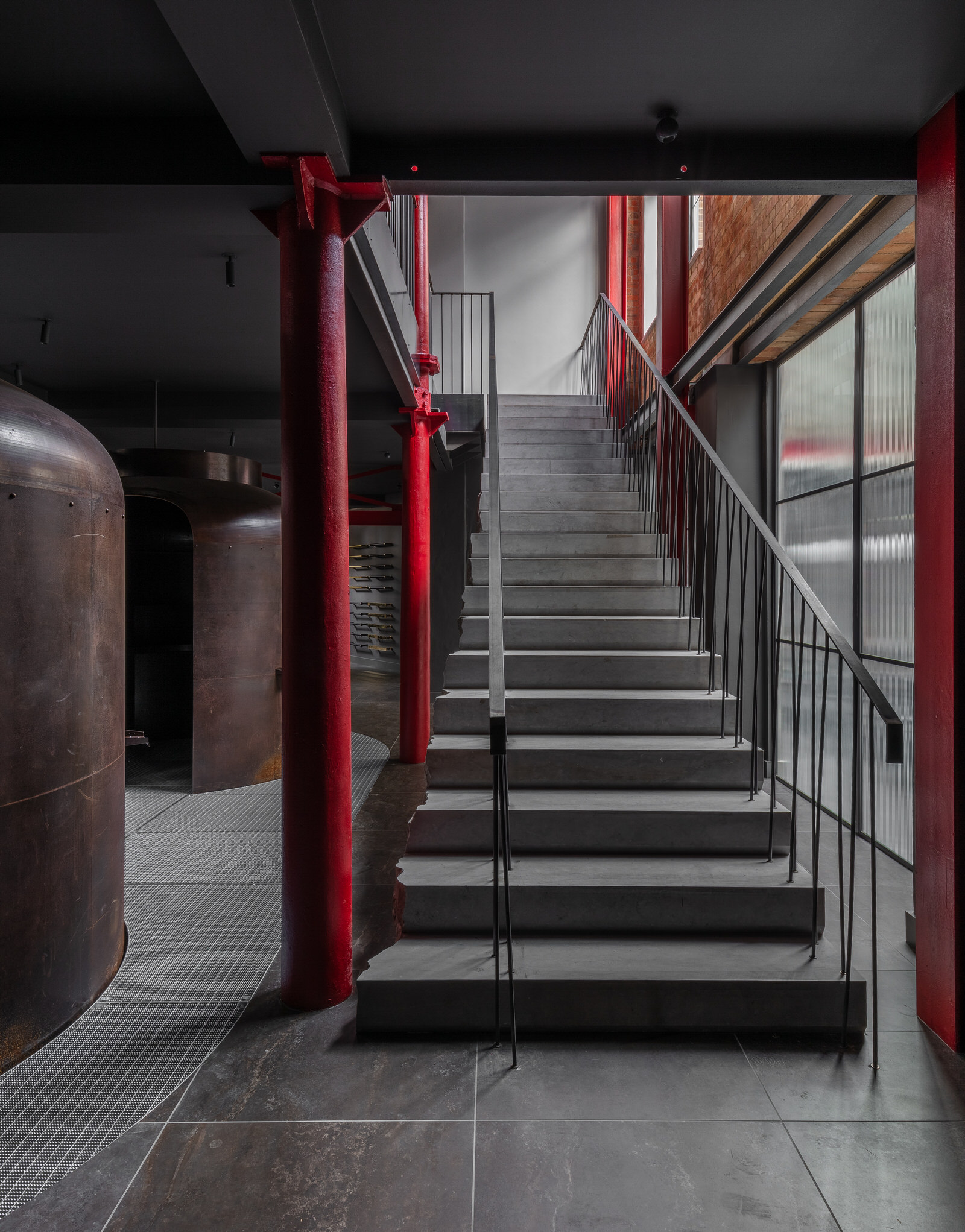 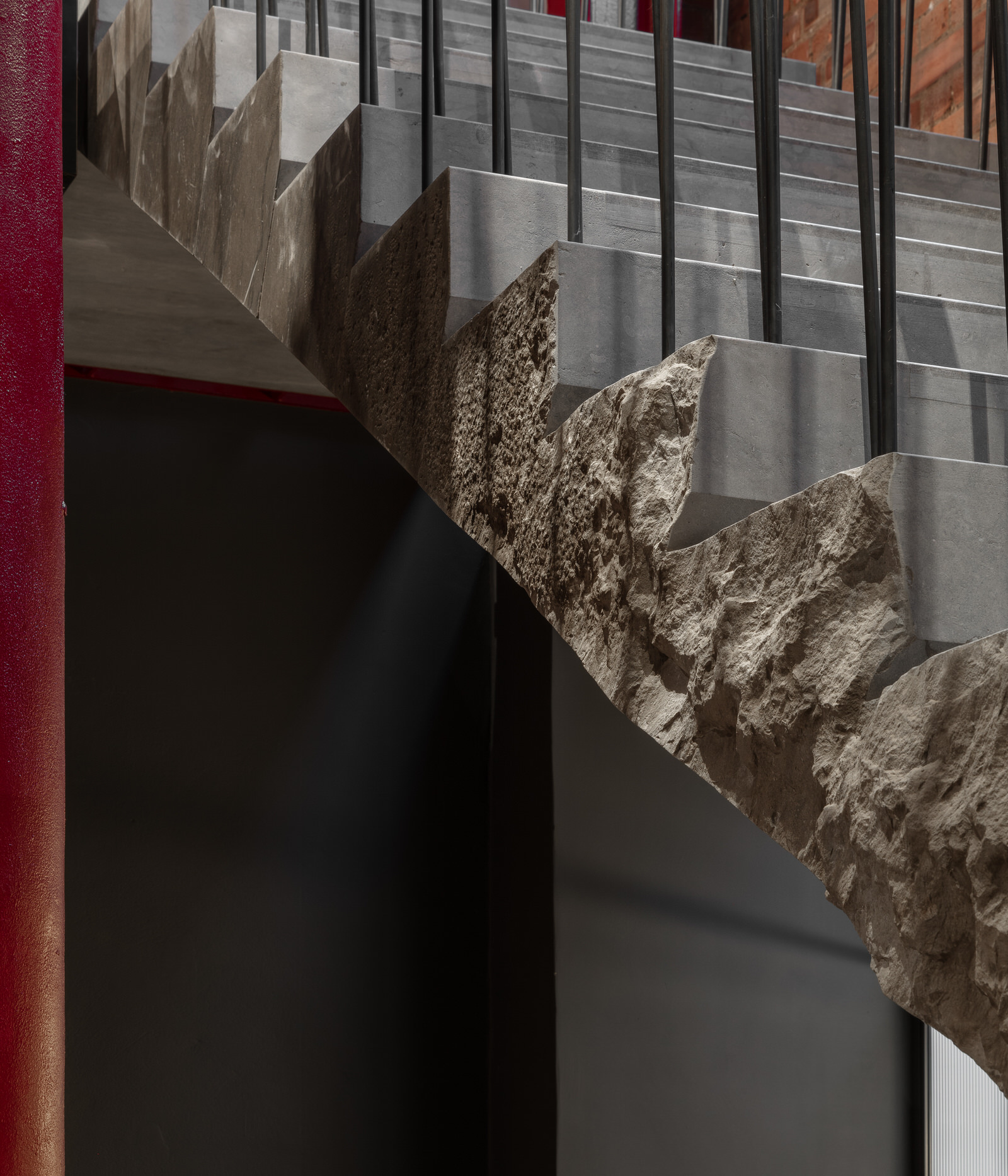 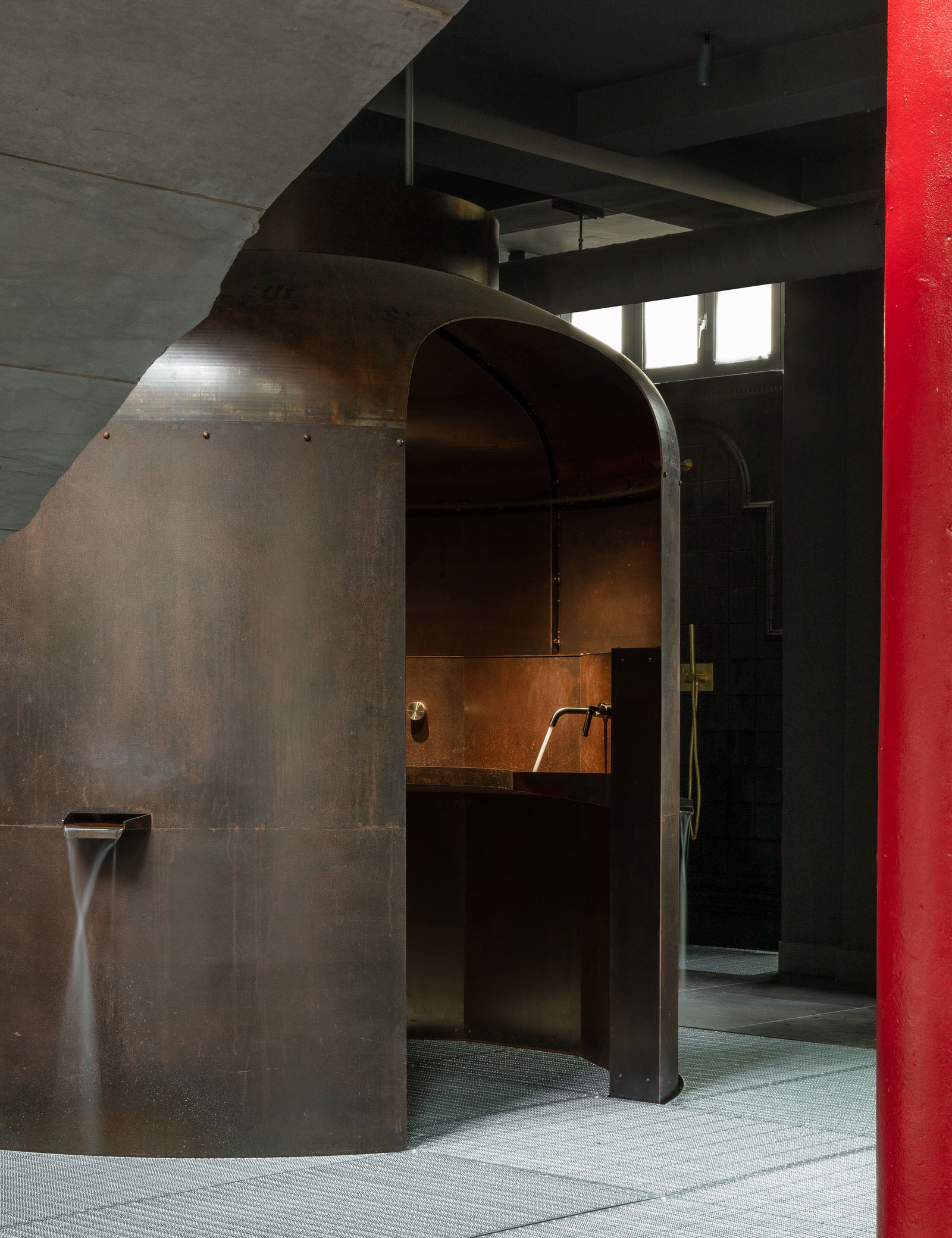 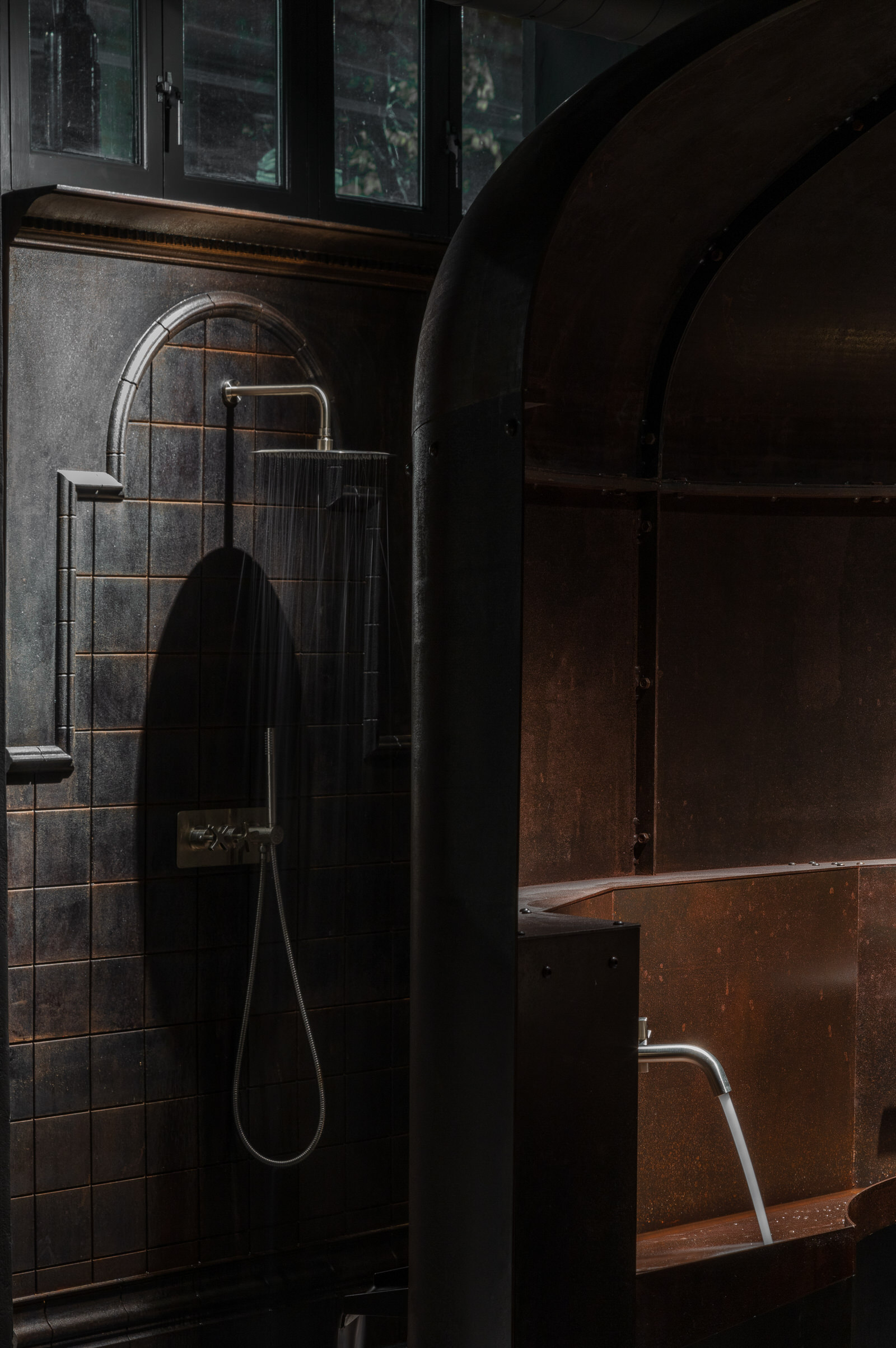 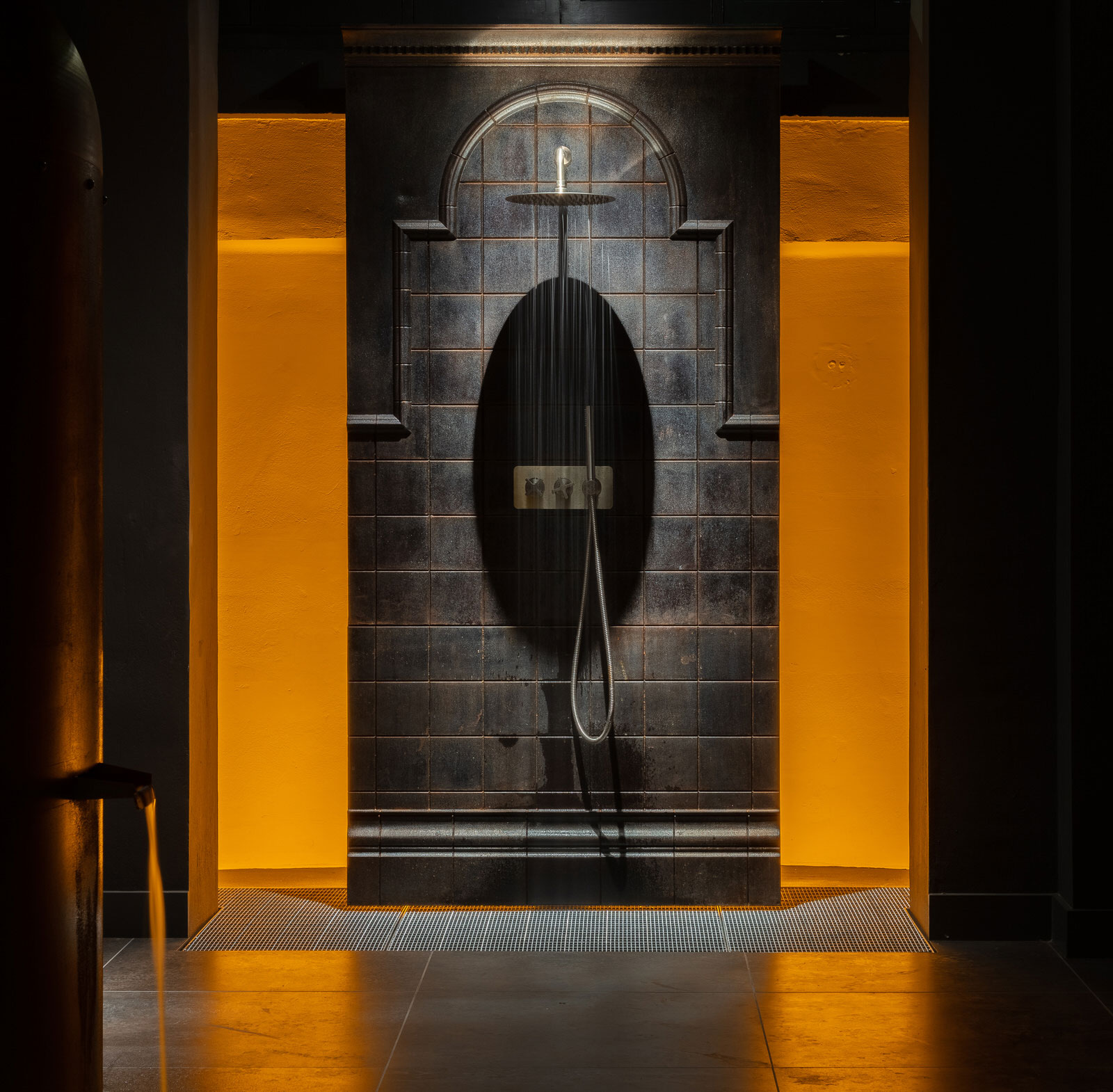 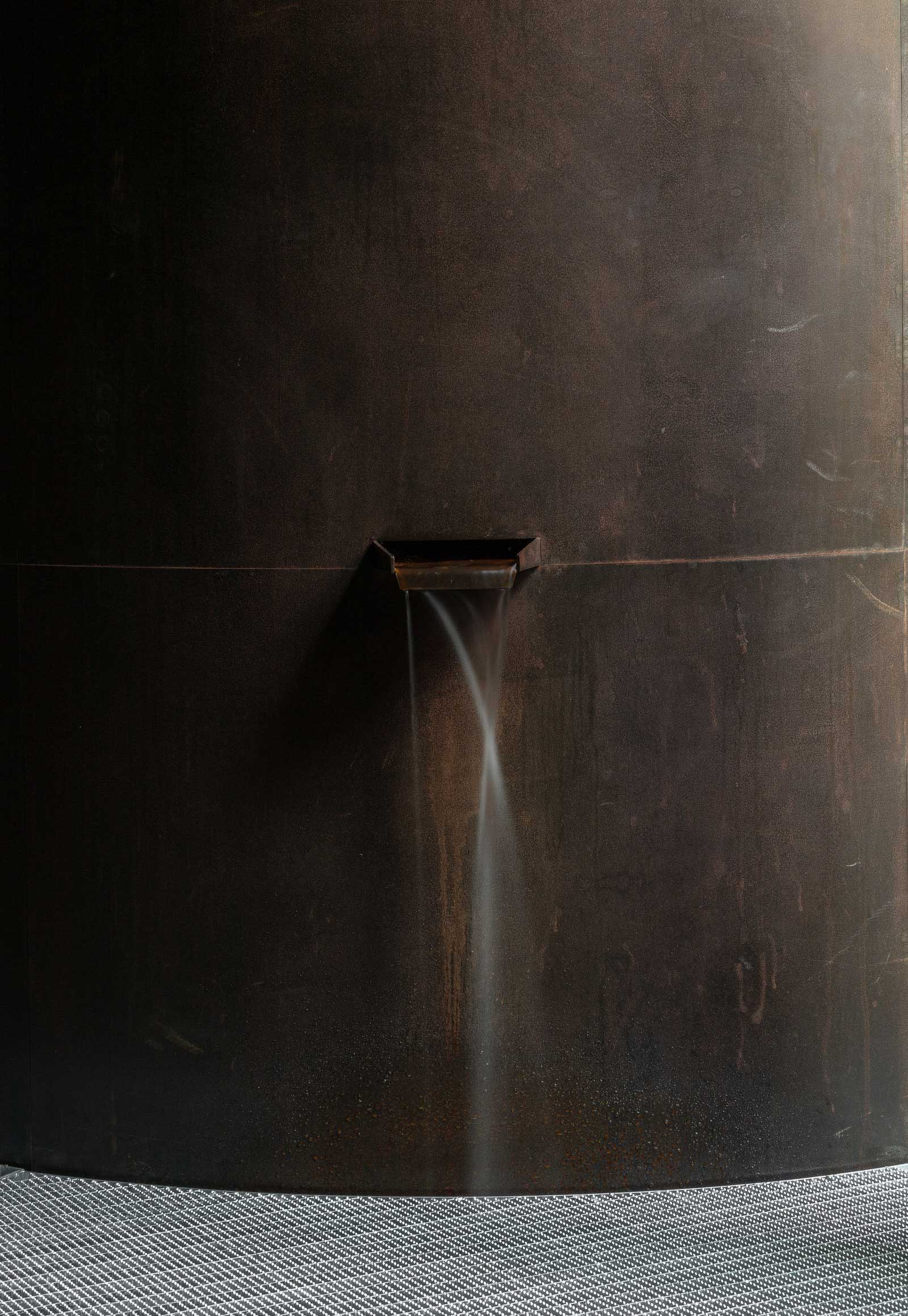 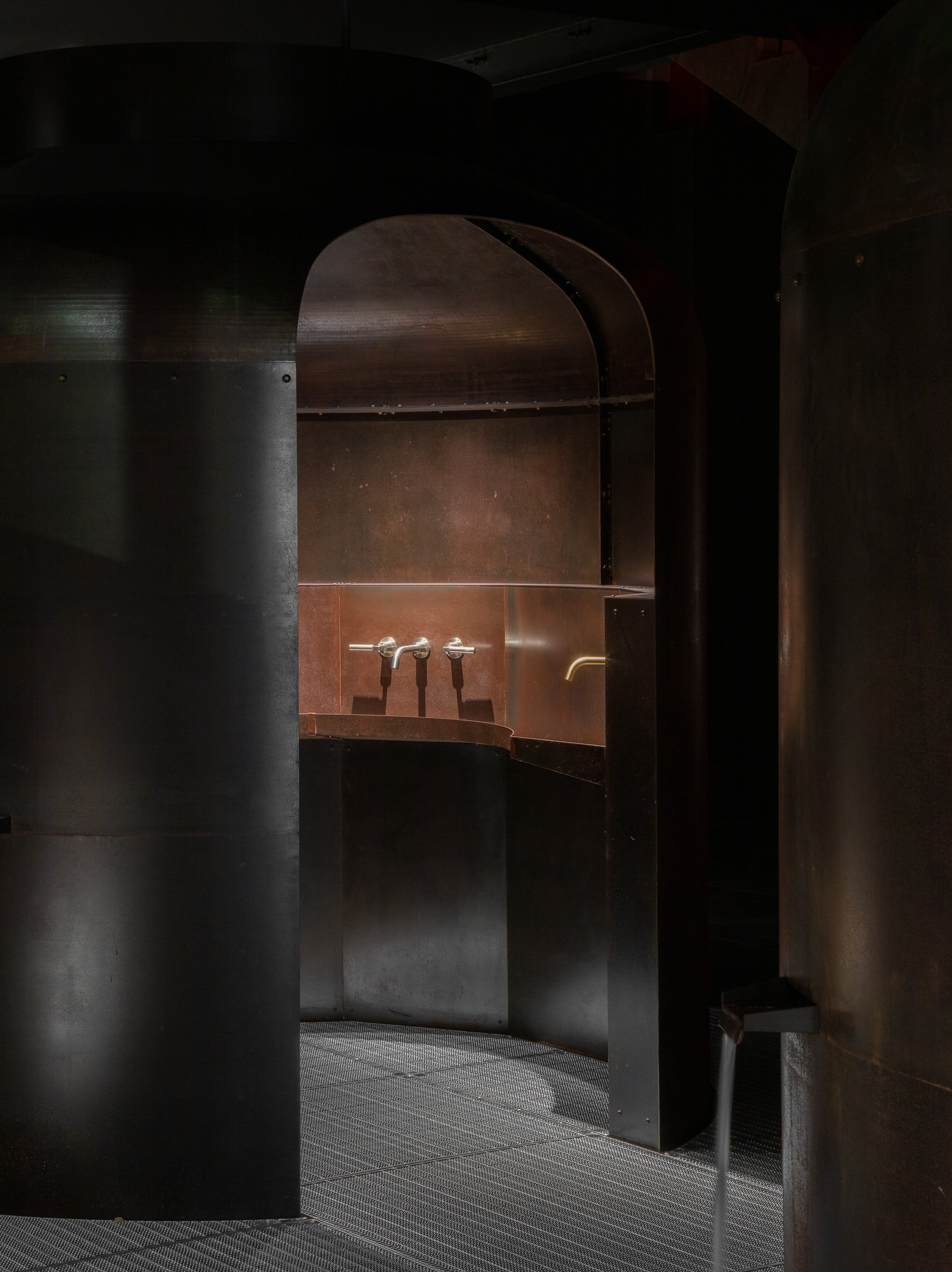 Street-facing windows are added with an extra glaze of cast  moulded in the form of Victorian Wall panels. The resin’s colour, a selection of red and amber tones, come together to cast a syrup-red glow on the street front—emitting the playful capturing of an active workshop. The choice of the translucent material dematerialises the would-be components that make up the wall, allowing the visitors to focus solely on the bathroom fixtures. Although, the capture does make one wonder whether they are the spirits of the dimly-lit solid (and tiled) wall panel that is found sitting in the basement.

The two levels are connected by a limestone staircase chiselled artfully on-site by a stonemason. Travelling downstairs reveals a sombre installation of two cylindrical boilers representing the designer’s reinterpretation of a subterranean engine room. The unmissable boilers’ internal lights are positioned to capture the fixtures in a poetic grace, while the concave of the chamber captures the echo of the rushing water pouring from the taps and external sides into the mesh flooring. There’s an embodiment of the grinding rush of the 1800s. 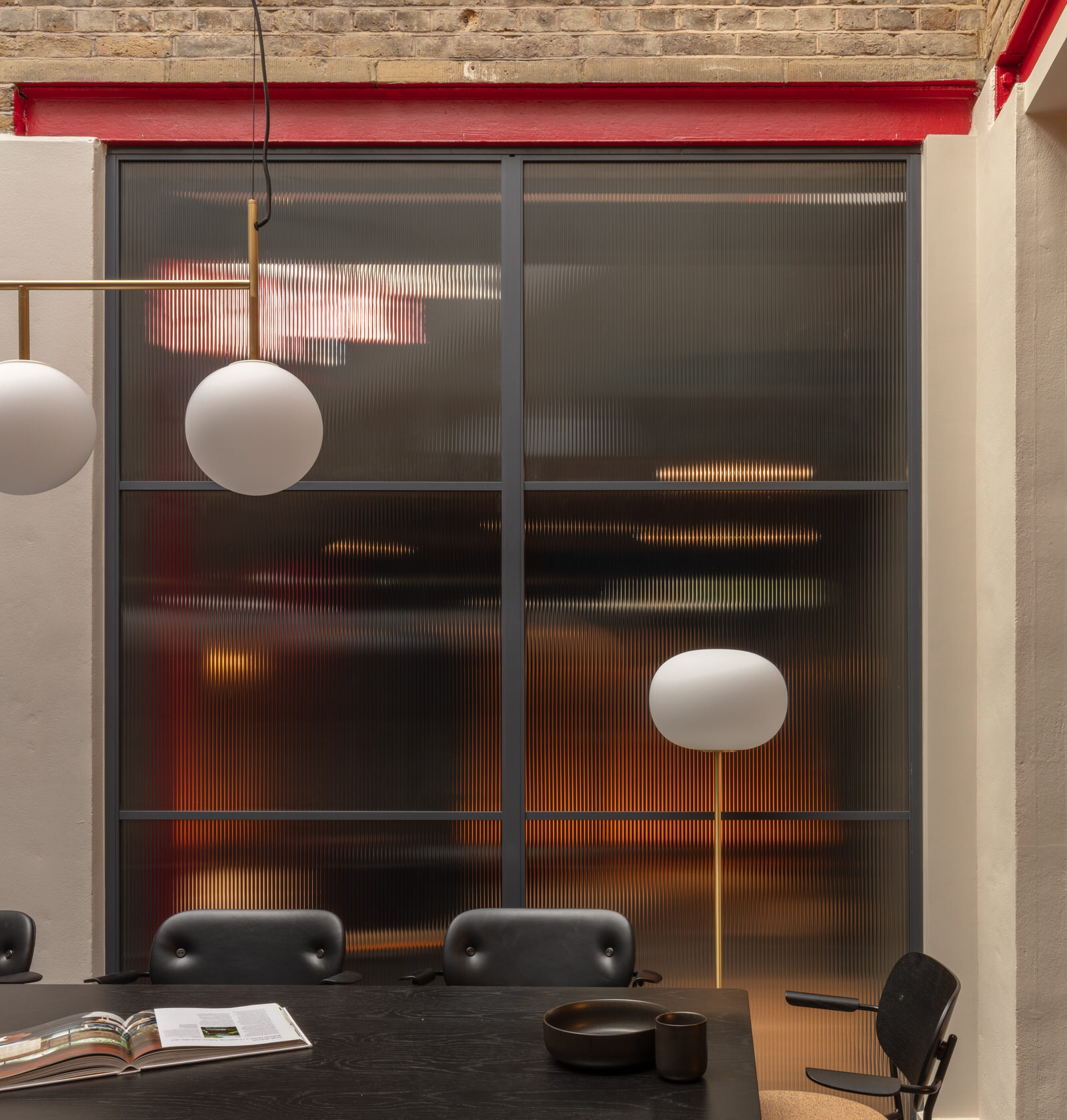 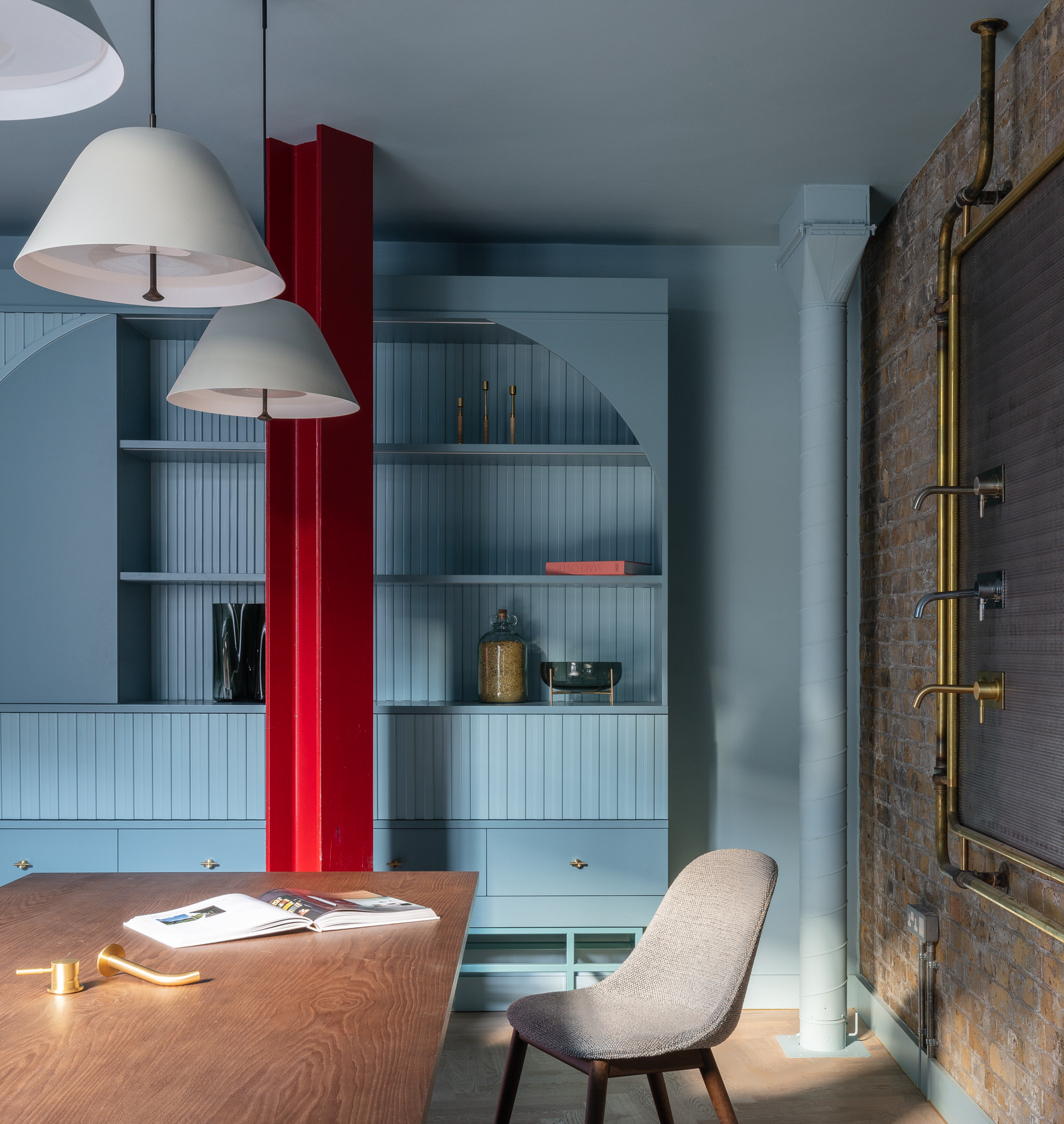 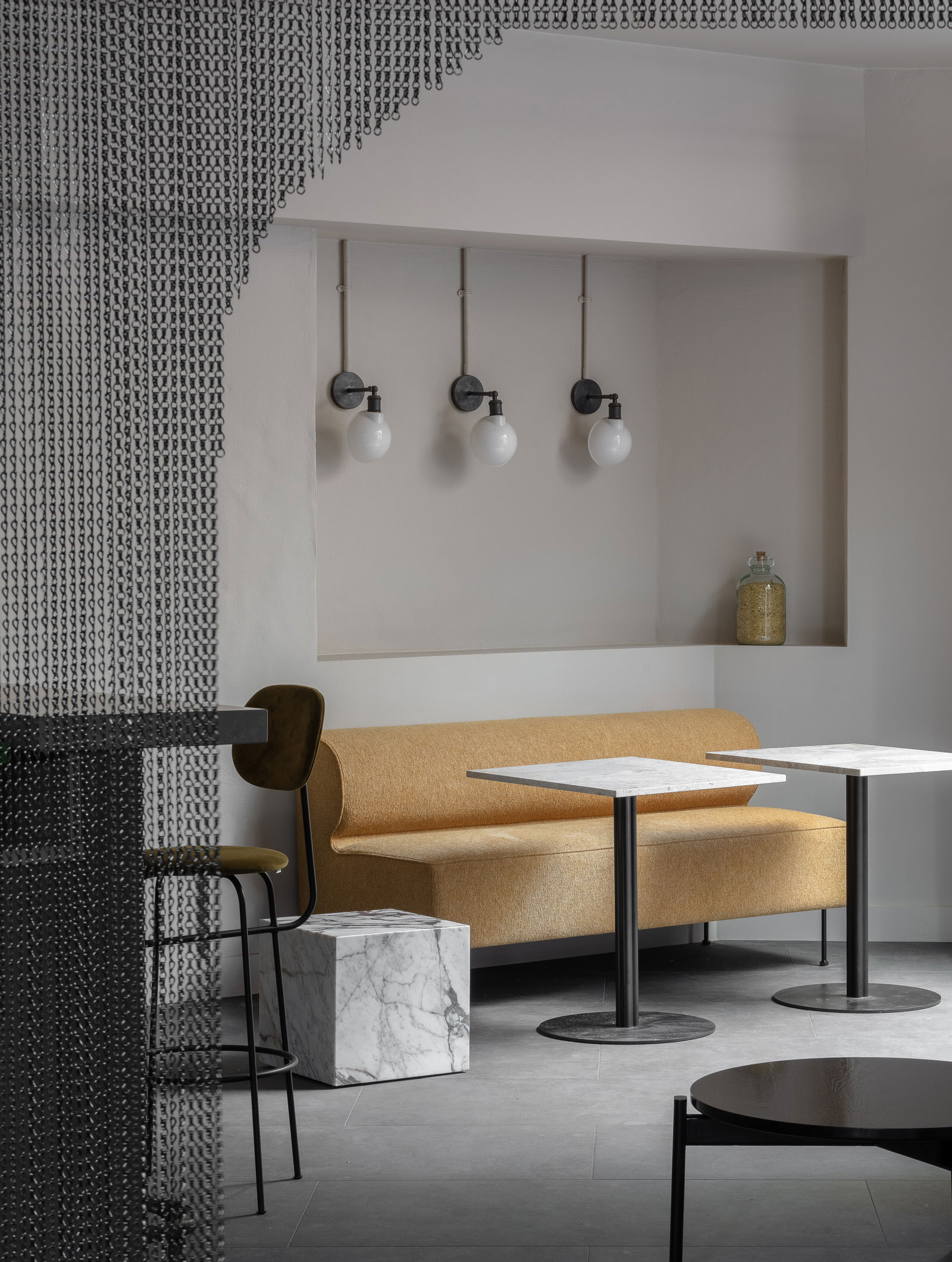 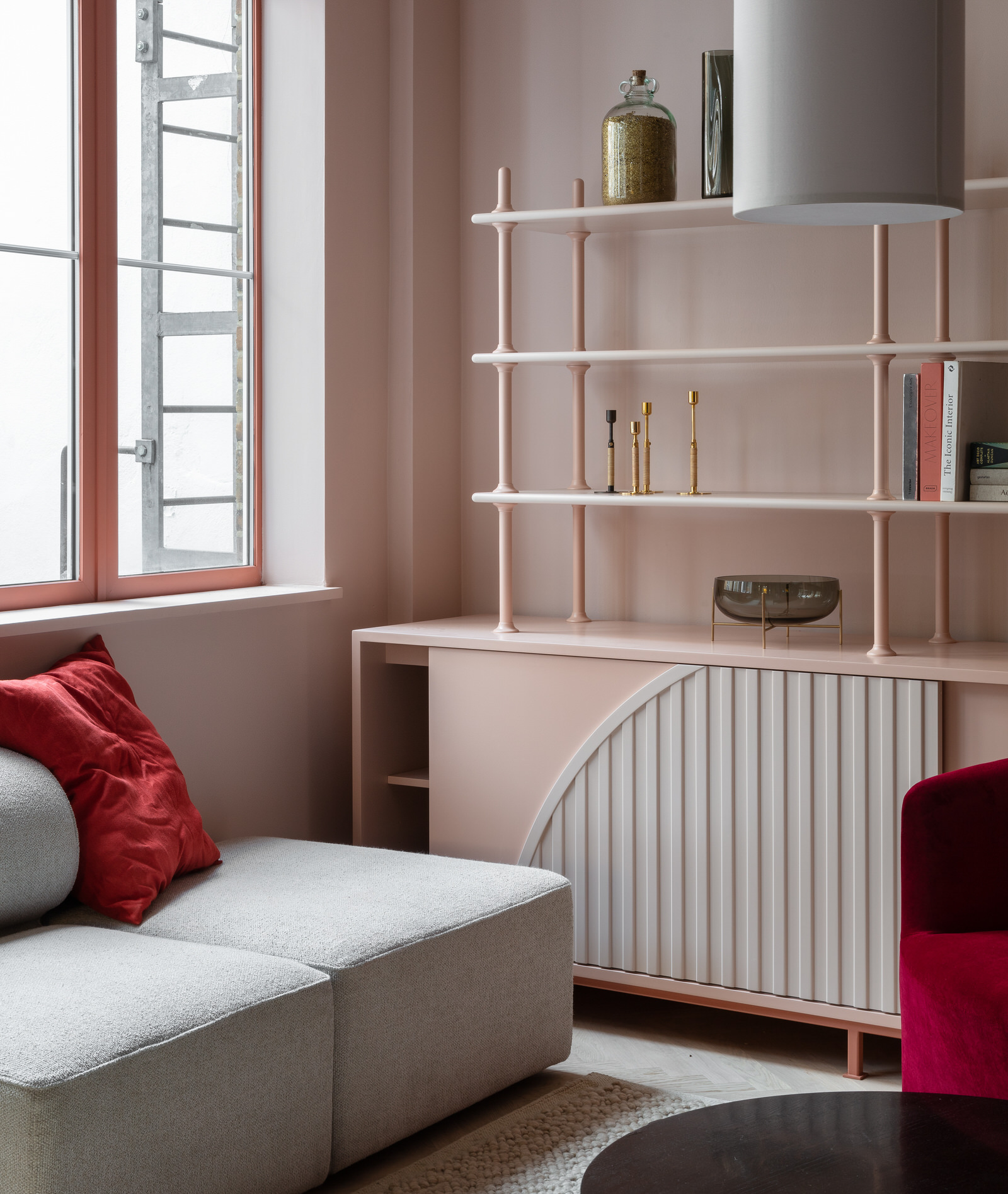 Aside from the , co-working spaces are introduced for focused discussions. These breakaway areas are used for product discussion between the clients and keen enquirers are immersed in pastel pinks and blues. Still, threads of brass subtly appear in the exposed pipework and furniture pieces throughout each room. And chainmail-like curtains that are hung above the chimney basins on the ground floor repeat themselves in the thresholds between the co-working spaces.

In a space that feels like the silver lining interwoven with imagination and lucid-dream-like reality, Holloway Li’s Market Building presents itself as an Industrial Wonderland. With whimsical tones to ignite a sensory experience that must be seen in person—it’s a showroom excellently disguised in the manner of an art installation.