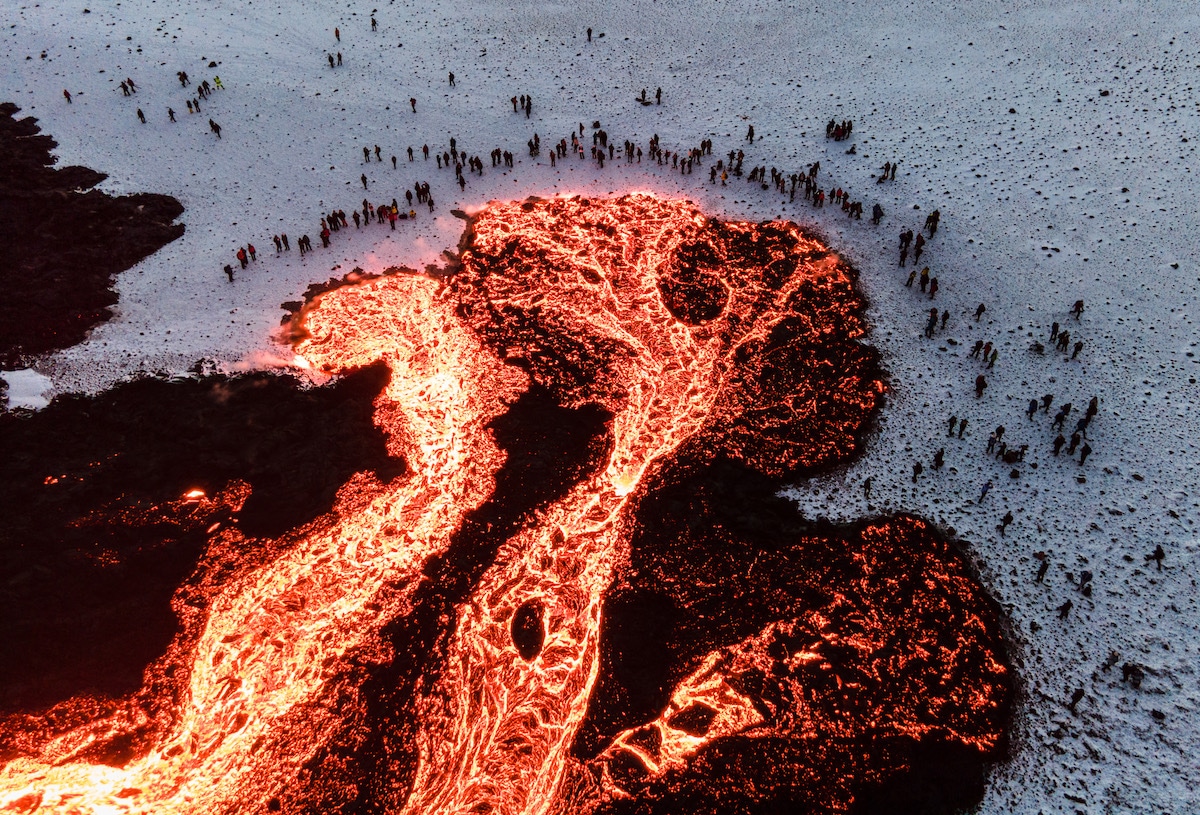 Arkansas-based storm chaser and photojournalist loves getting close to Mother Nature. So it made perfect sense that he would travel to see one of nature’s most incredible phenomenon—a volcanic eruption. And this eruption just happened to be in Iceland, where the Fagradalsfjall volcano has been active since March. Emfinger made the long journey to Iceland to document the event and came away with some breathtaking images.

Perhaps one of his most memorable photos is an aerial view showing a pool of lava spilling across the earth. At the perimeter stands a crowd of people, watching in awe. As the lava moved slowly, people, including Emfinger, were using its heat to warm themselves up in the snowy environment. “I’ve seen lots of comments on how everyone who was there close to the lava was absolutely crazy…but for nearly all of us who were there, it didn’t feel crazy,” Emfinger tells My Modern Met. “It was amazing and serene and simply unbelievable.”

Emfinger, who told us that he loves seeing “Mother Nature at her most angry which oftentimes also is when she is at her most beautiful,” took full advantage of his time in Iceland. This not only included taking photos of the slow-moving lava, but also photographing Fagradalsfjall as it bubbled and erupted. In addition to his still images, he recorded some spectacular video which he made into an epic 45-minute volcano supercut.

The photojournalist’s trip took place early in Fagradalsfjall’s eruption, but the volcano hasn’t slowed down. The eruption is ongoing, with lava still flowing from some fissures. Thankfully, the volcano doesn’t pose an imminent threat to people, as the surrounding location is largely uninhabited. But as long as Fagradalsfjall continues its activity, it’s sure to continue to attract adventurers. 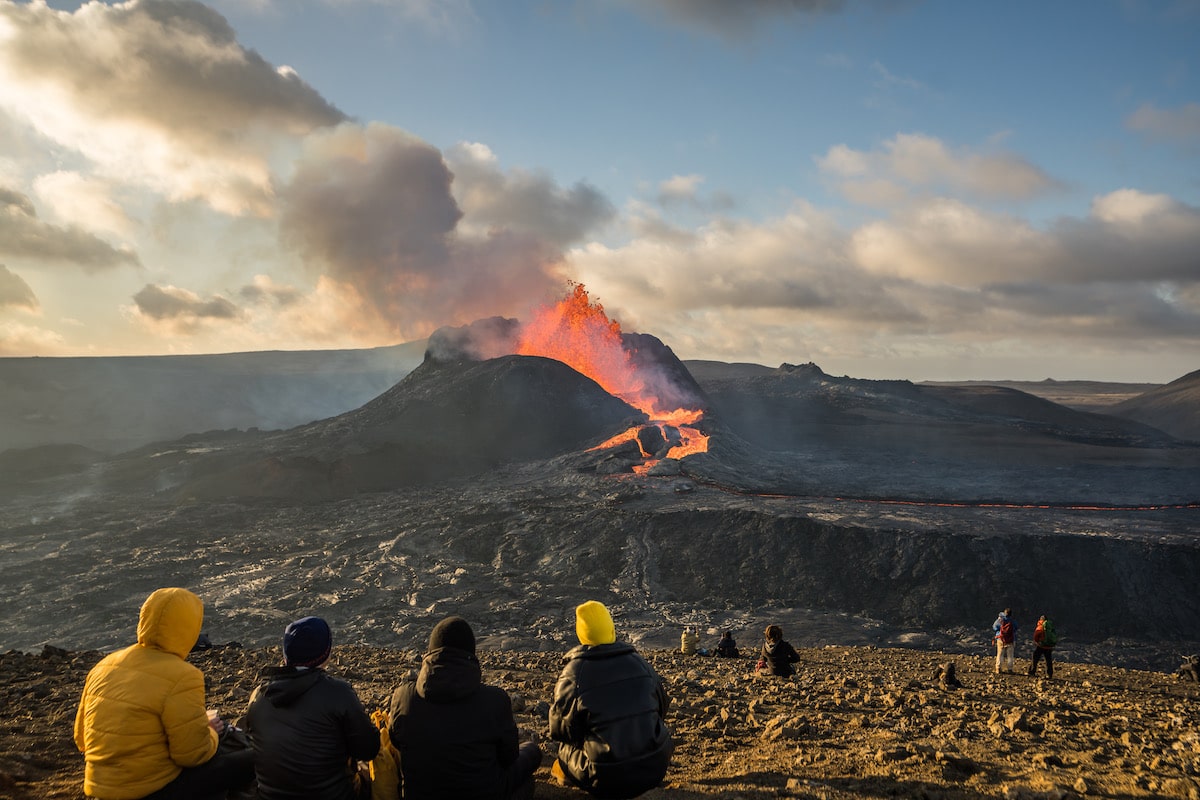 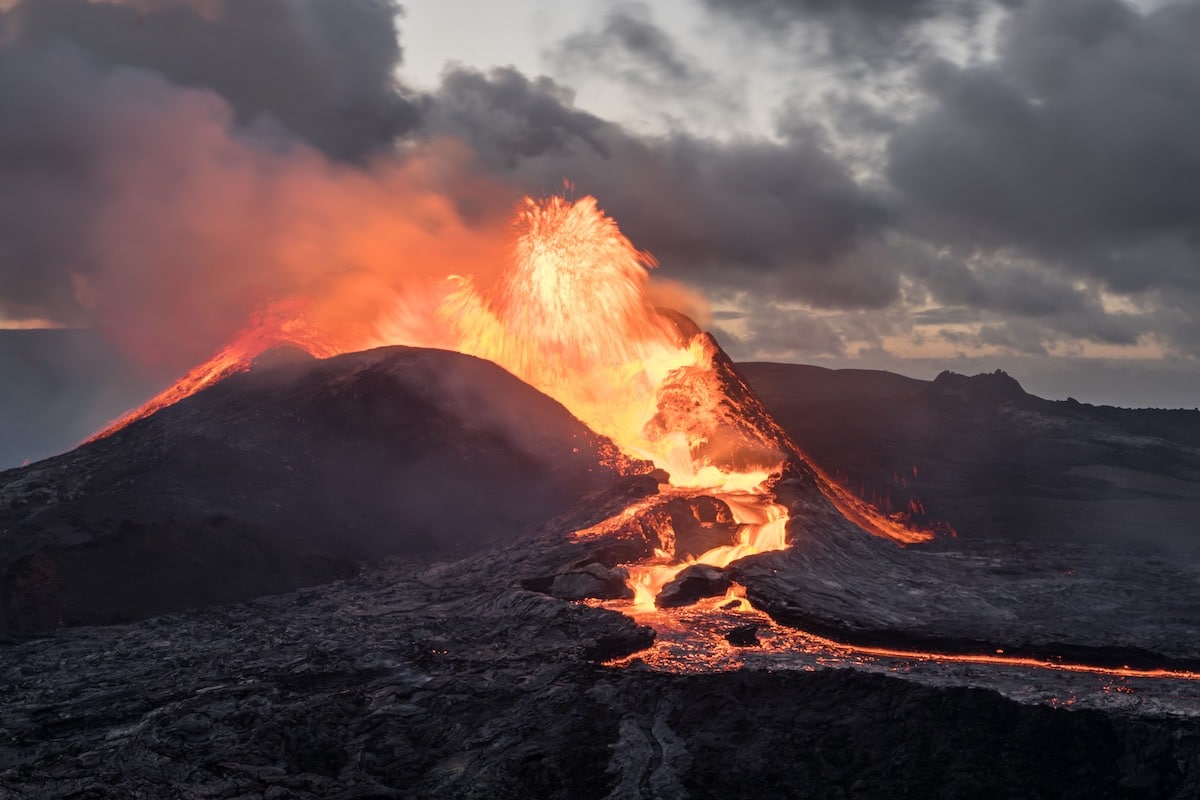 The photojournalist took incredible aerial photos of the crowds watching as lava slowly made its way across the snow. 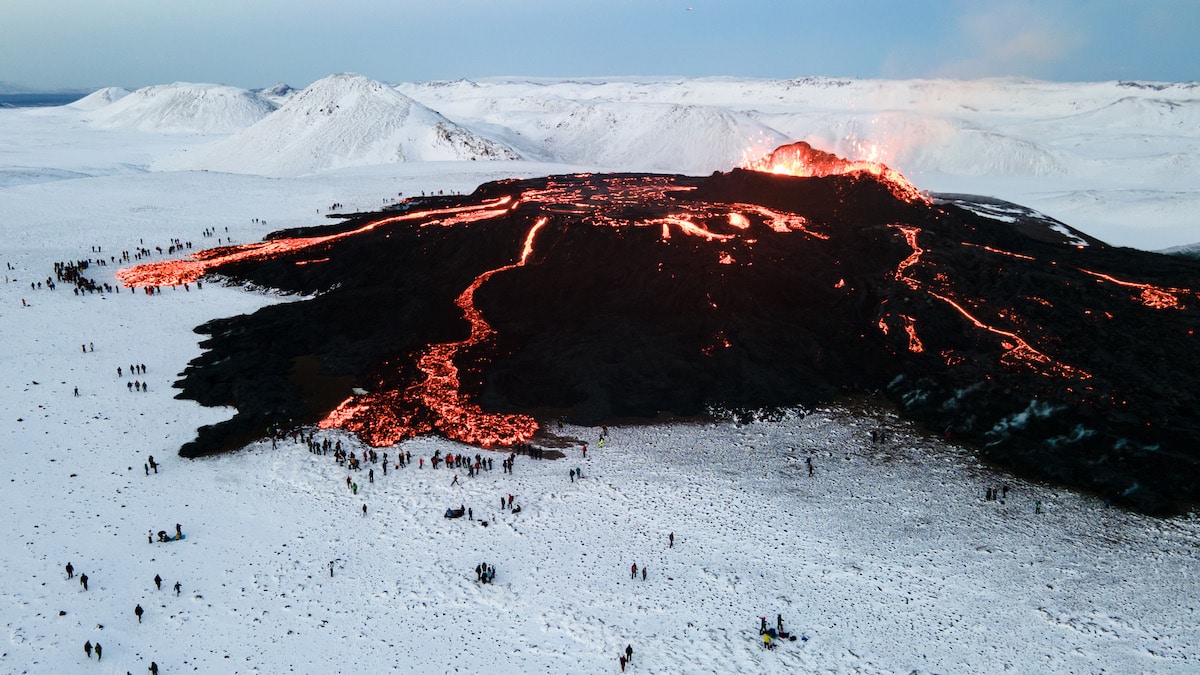 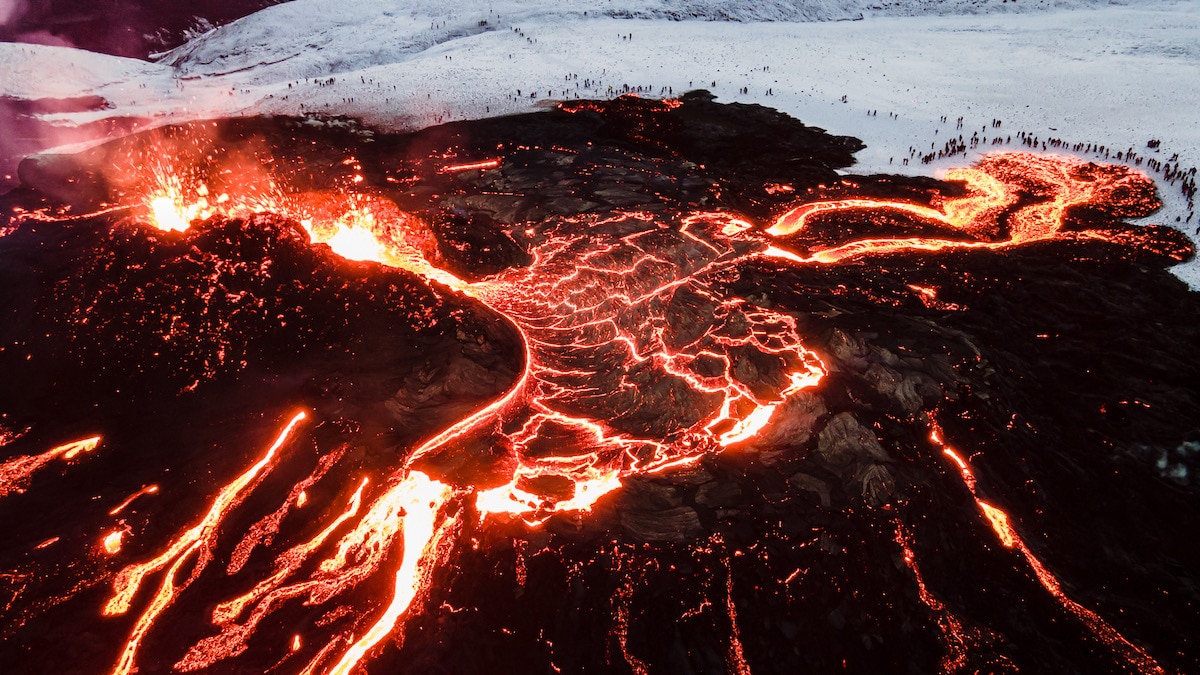 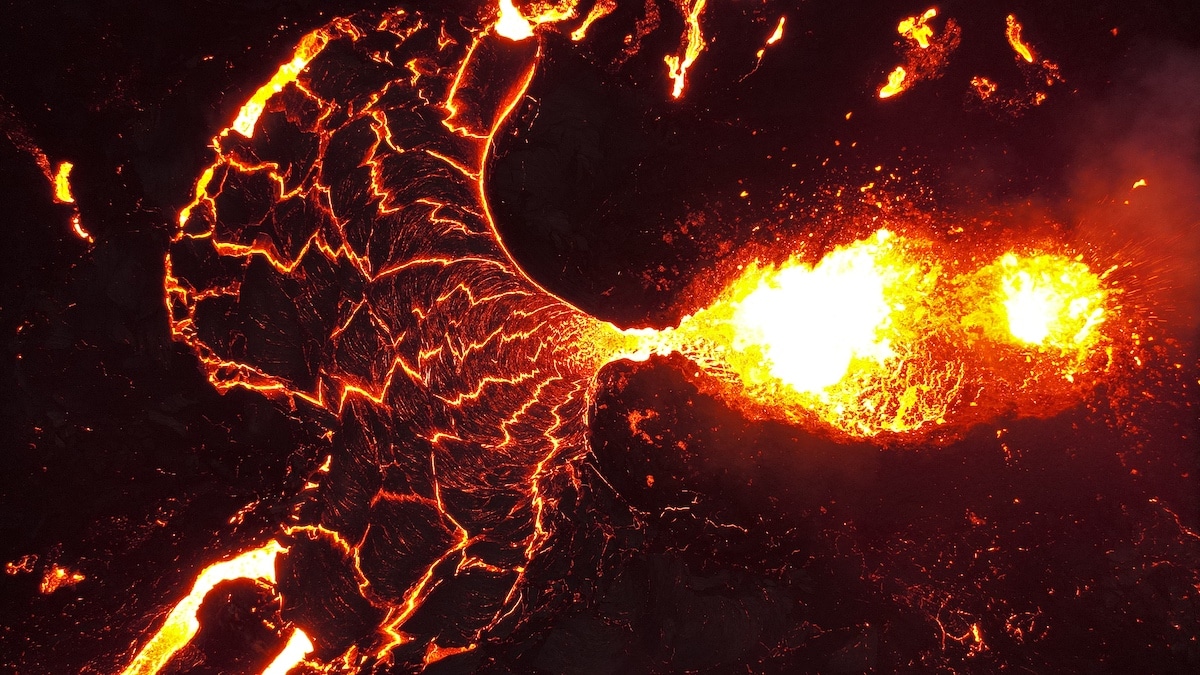 The volcano has been active since mid-March. 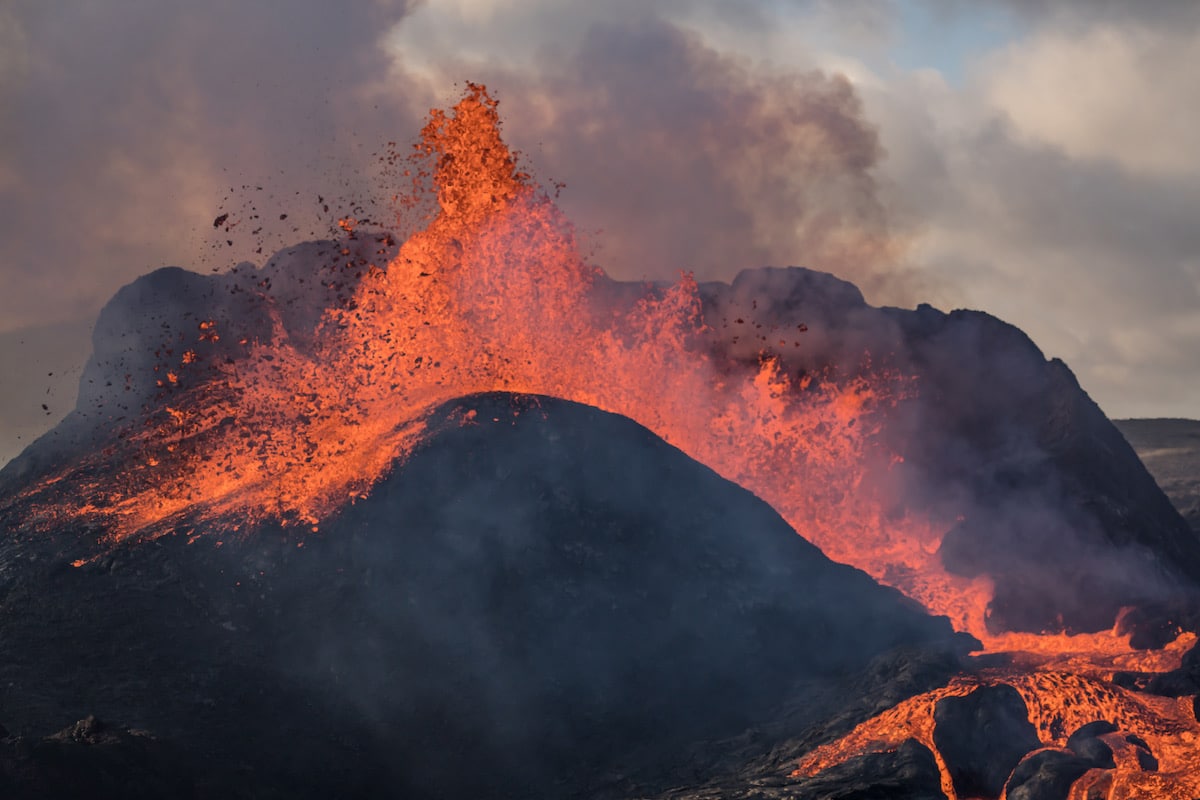 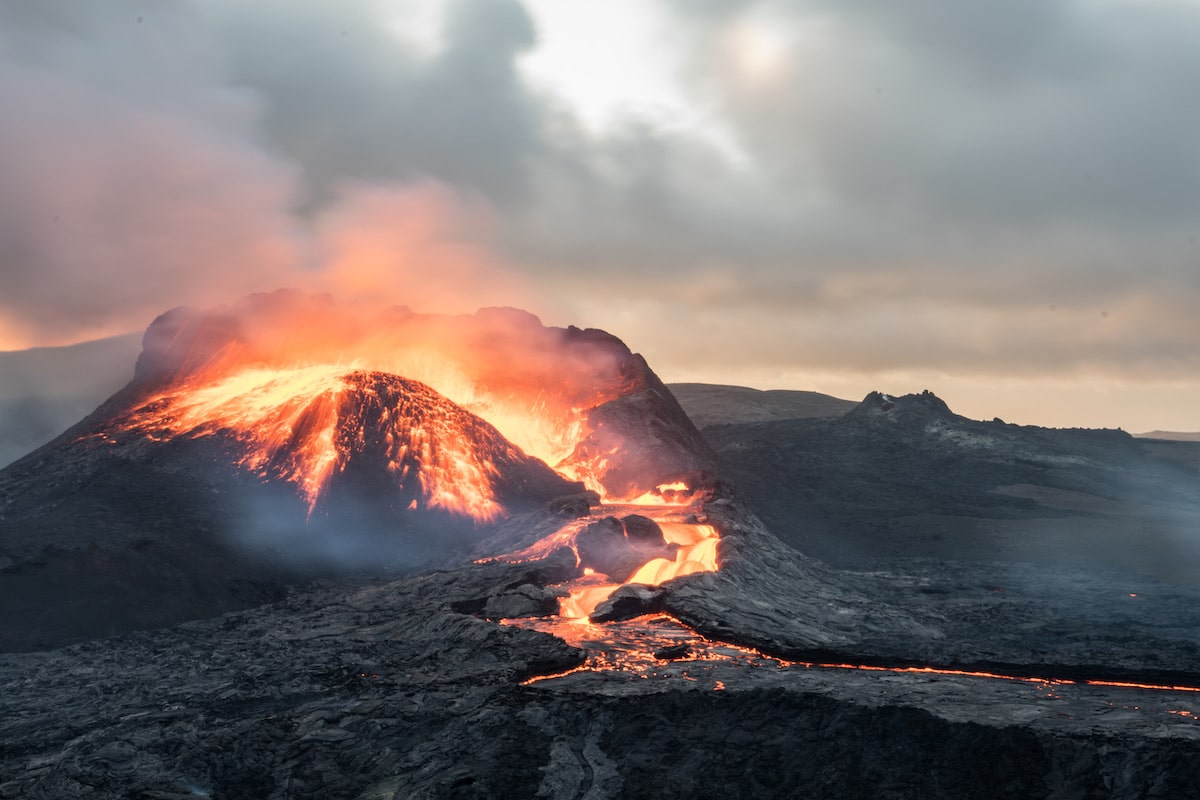 Its accessible location has made it a destination for locals and tourists. 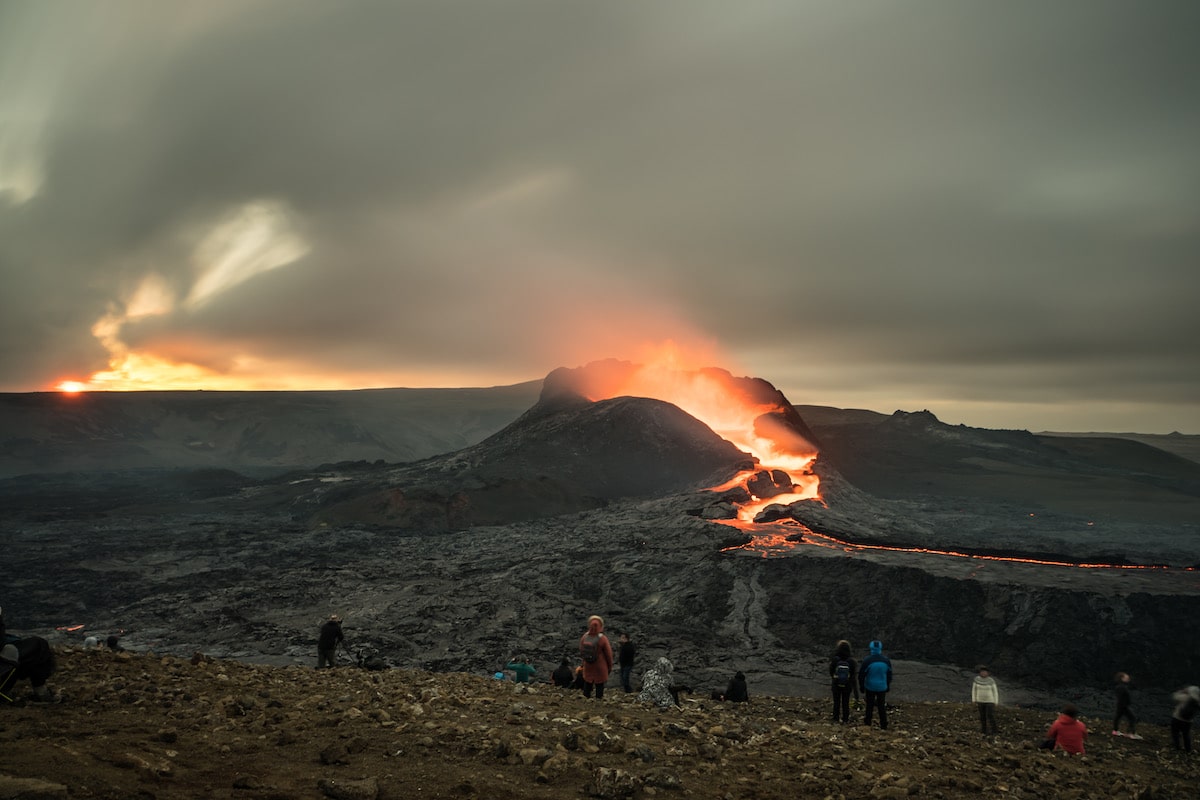