In the eyes of the artist , a parking block is more than just a concrete slab. To him, this elongated form is a french fry merely waiting to be realized. And much to the delight of passersby, he transforms this and other forgettable parts of the urban landscape into colorful characters and objects.

Tom Bob’s is all about finding the possibilities in a place—be it a manhole cover, pipes, or an array of hoses hanging on a wall. Each of these mundane elements has the makings of something spectacular. Tom Bob reveals their inner potential and, thanks to him, we finally see them for what they are: a pizza, a worm, and a swashbuckling pirate.

Delight is the central focus of the artist’s creations. “My goal is to transform street objects into fun whimsical characters,” Tom Bob tells My Modern Met, “creating the emotion of happiness and wonder.” This is evident not only in the colors that Tom Bob chooses but conceptually as well. When you see how he has noticed a blue pipe (that matches the wall, intending to be camouflaged) could make a great snout for an anteater, you can’t help but be amazed by his vision for a more playful and joyful world.

Scroll down for some of Tom Bob’s latest works. Then, follow him on to see what he’s working on next. 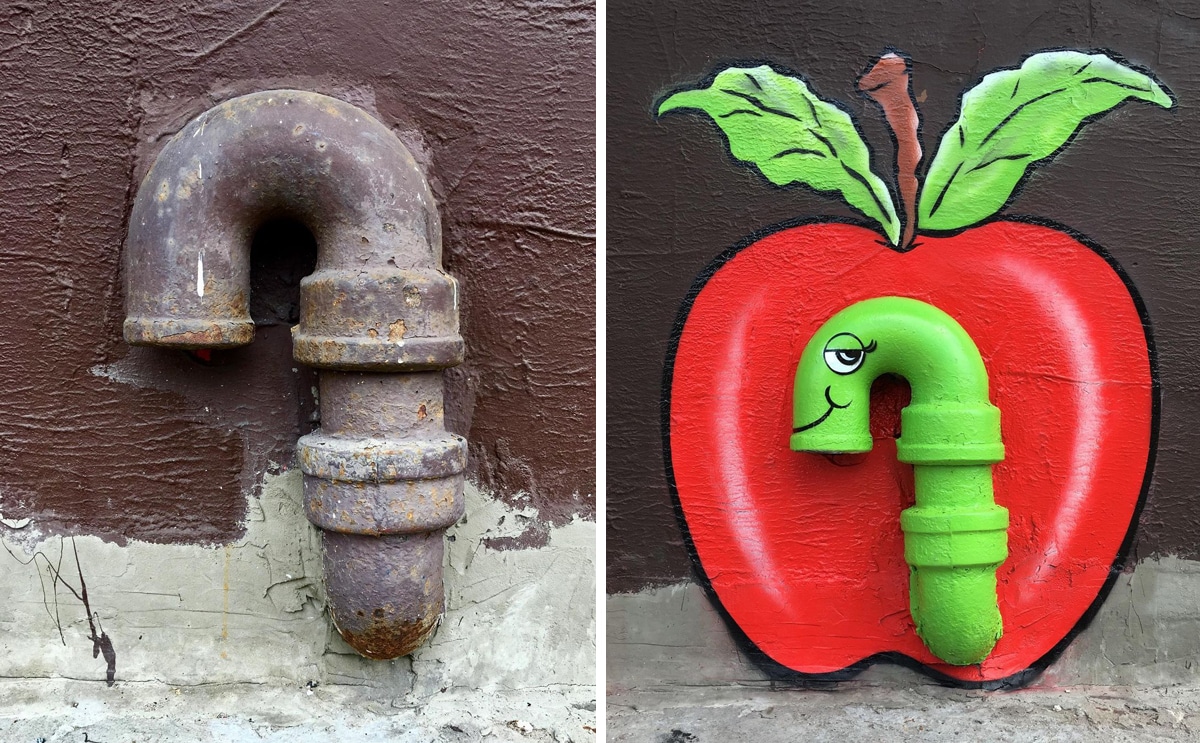 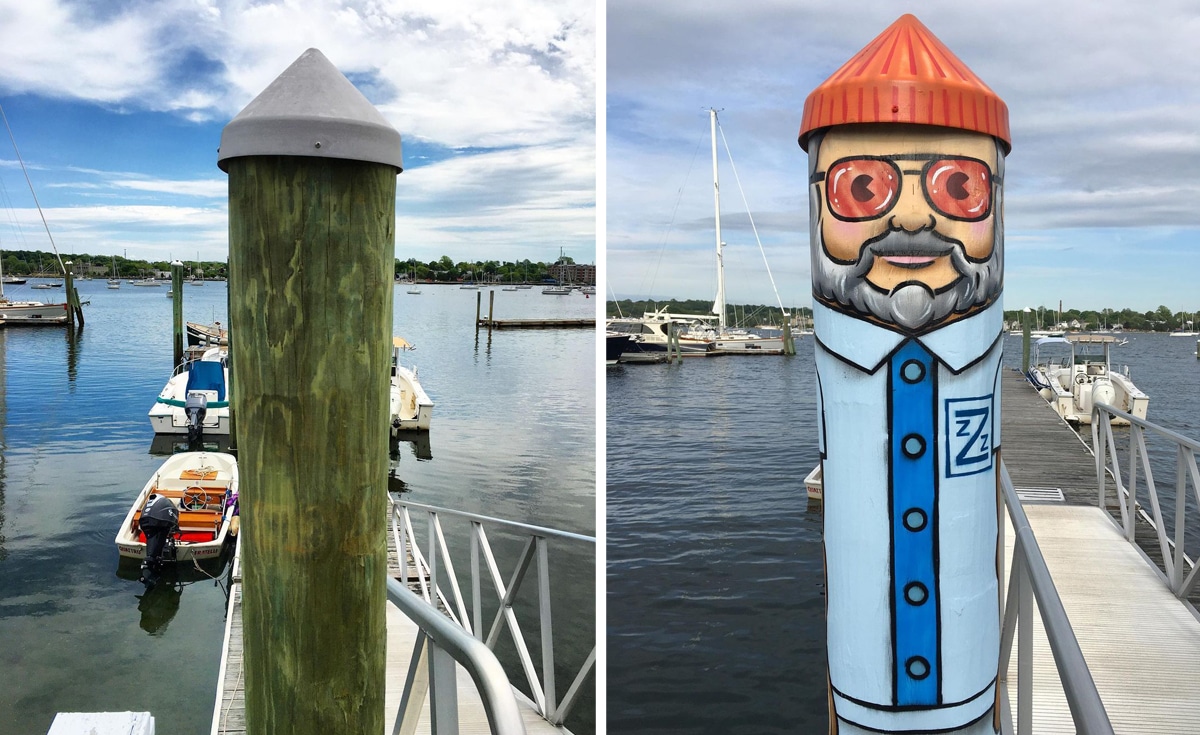 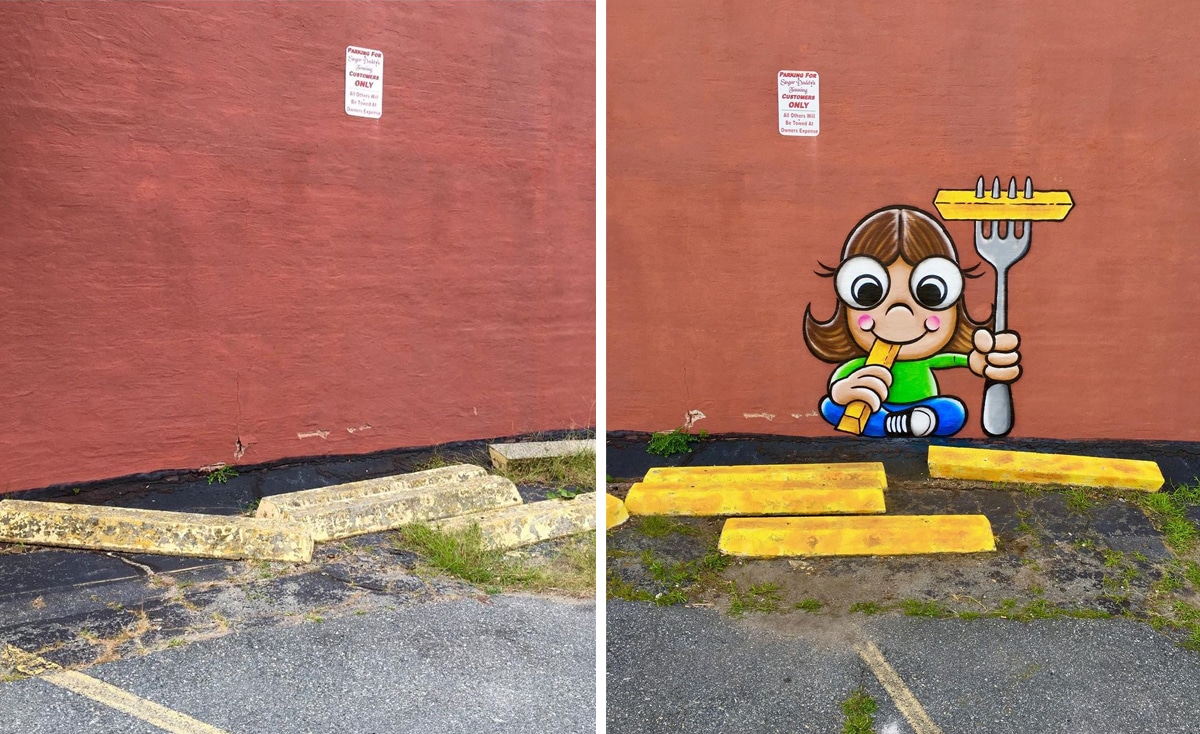 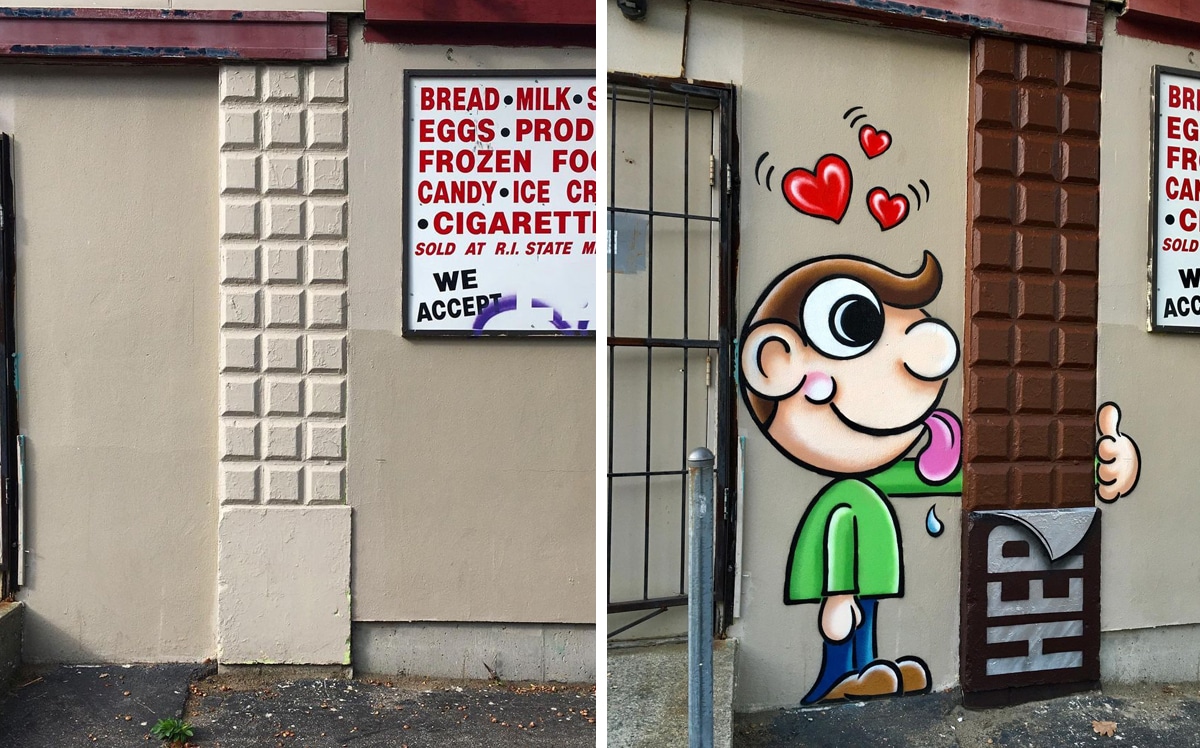 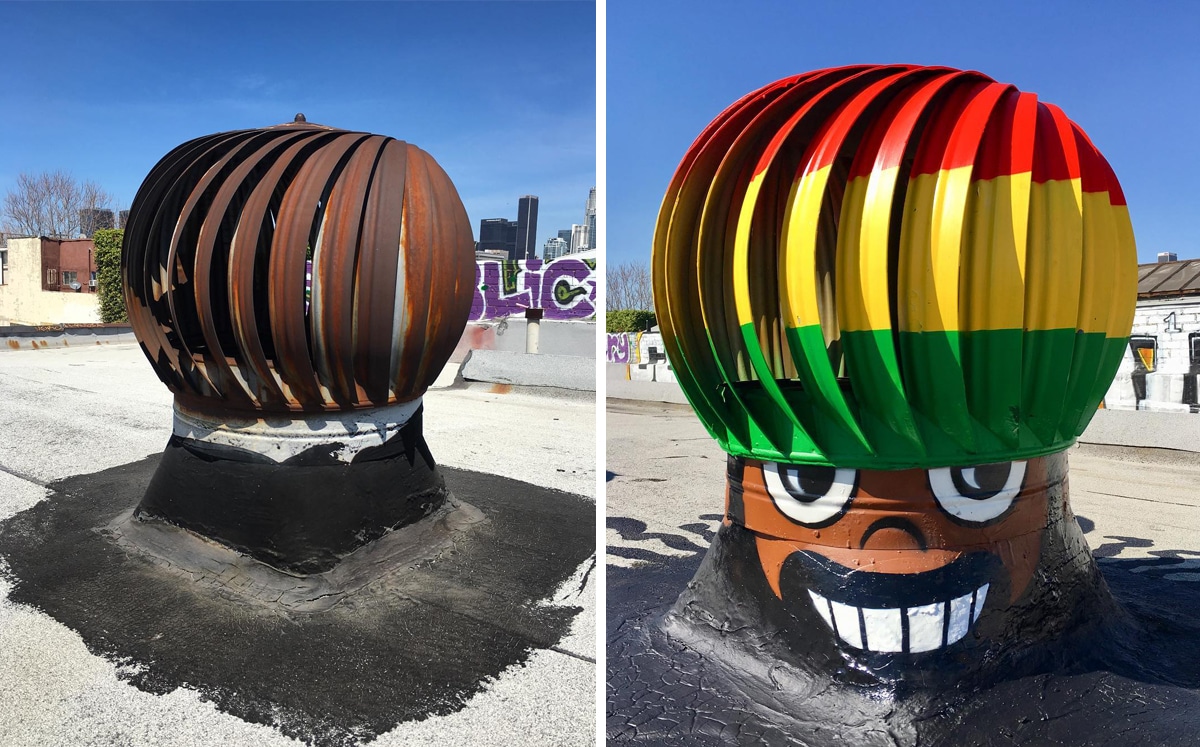 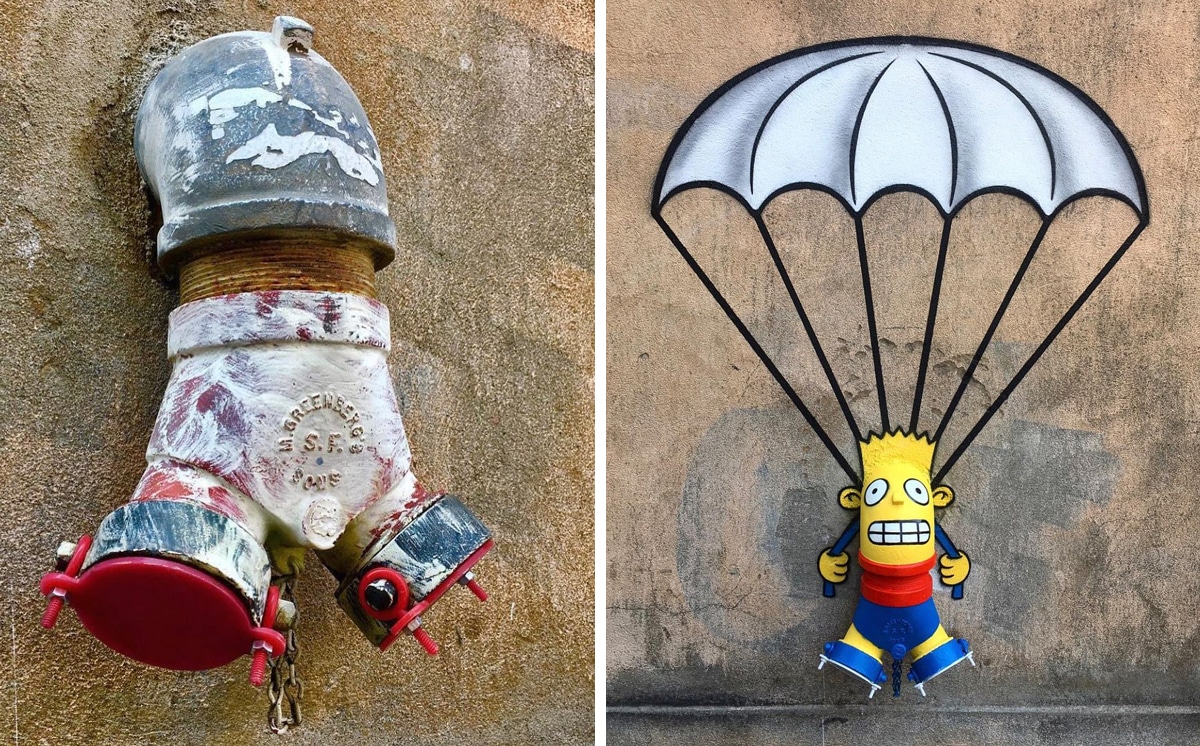 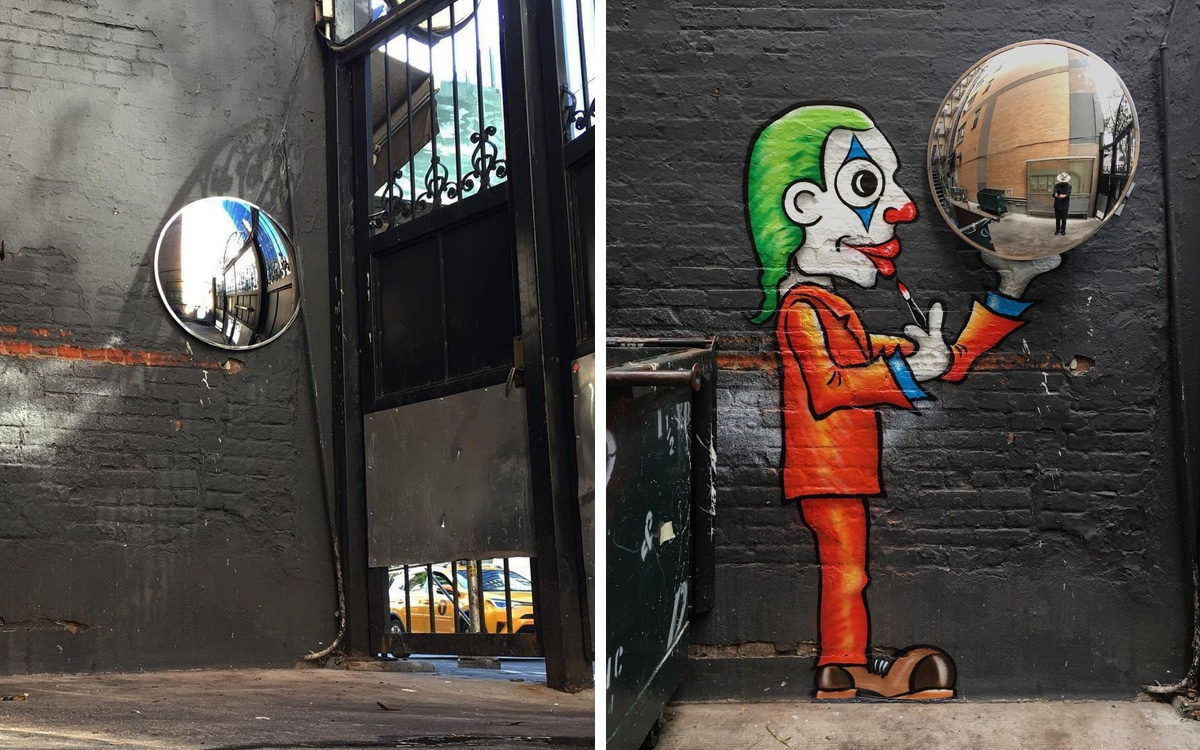 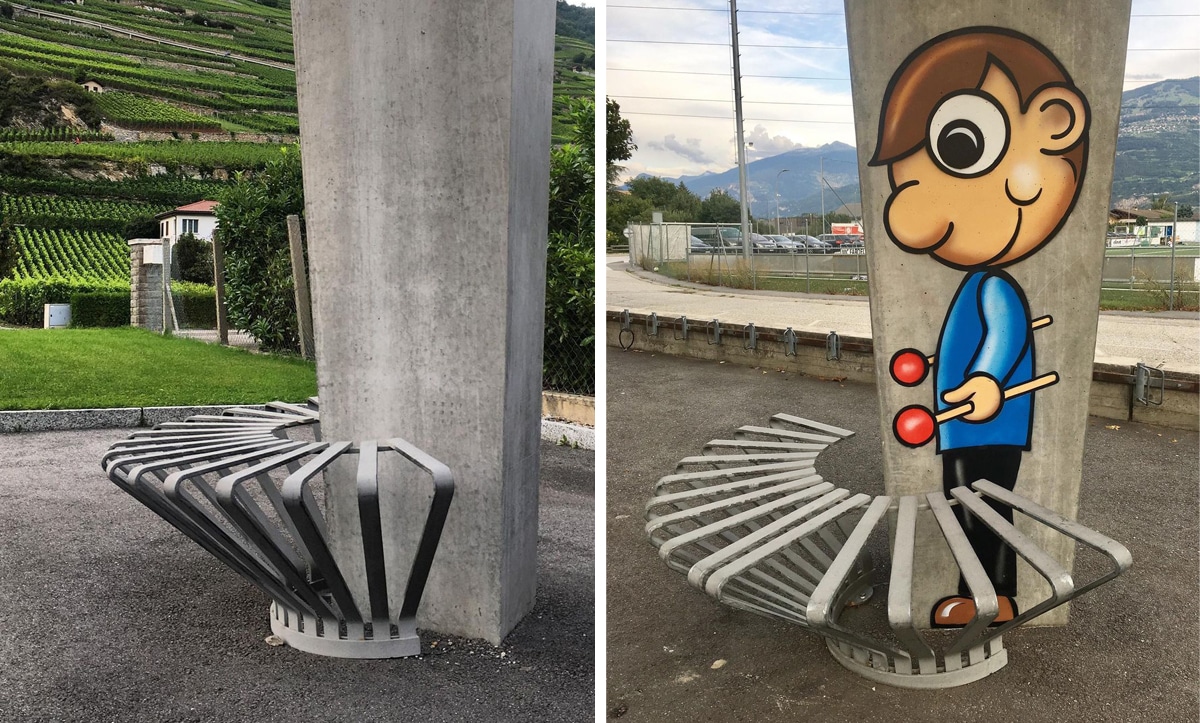 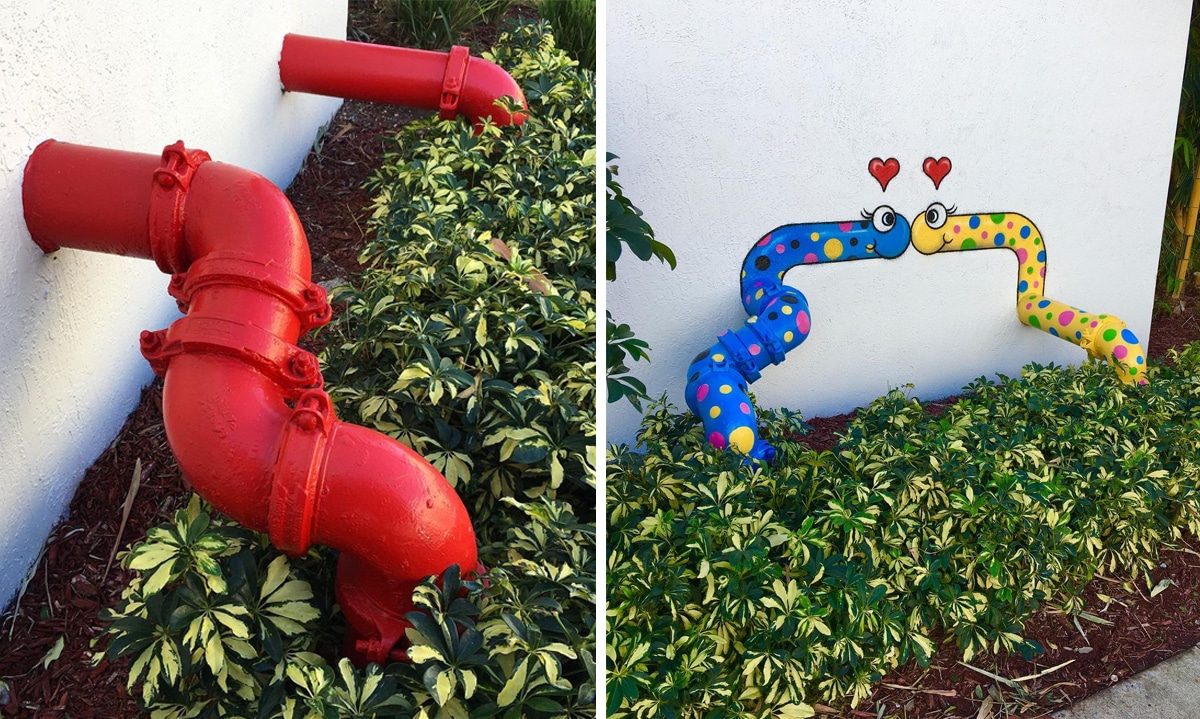 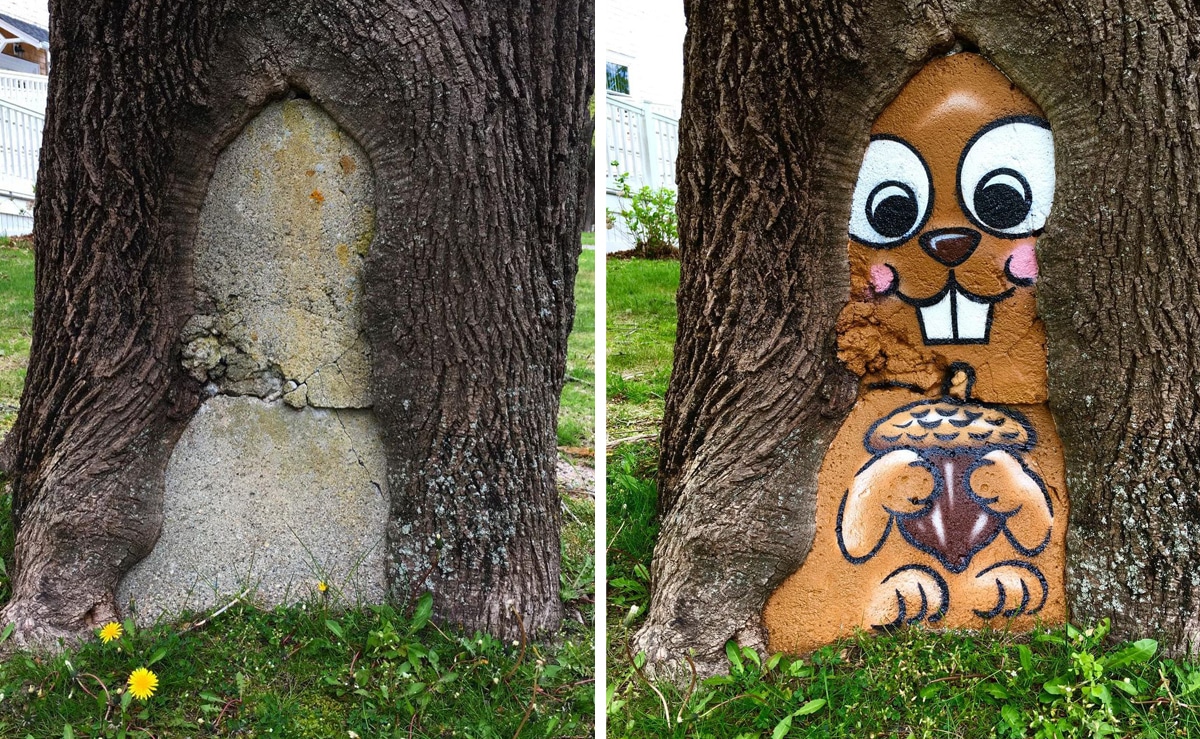 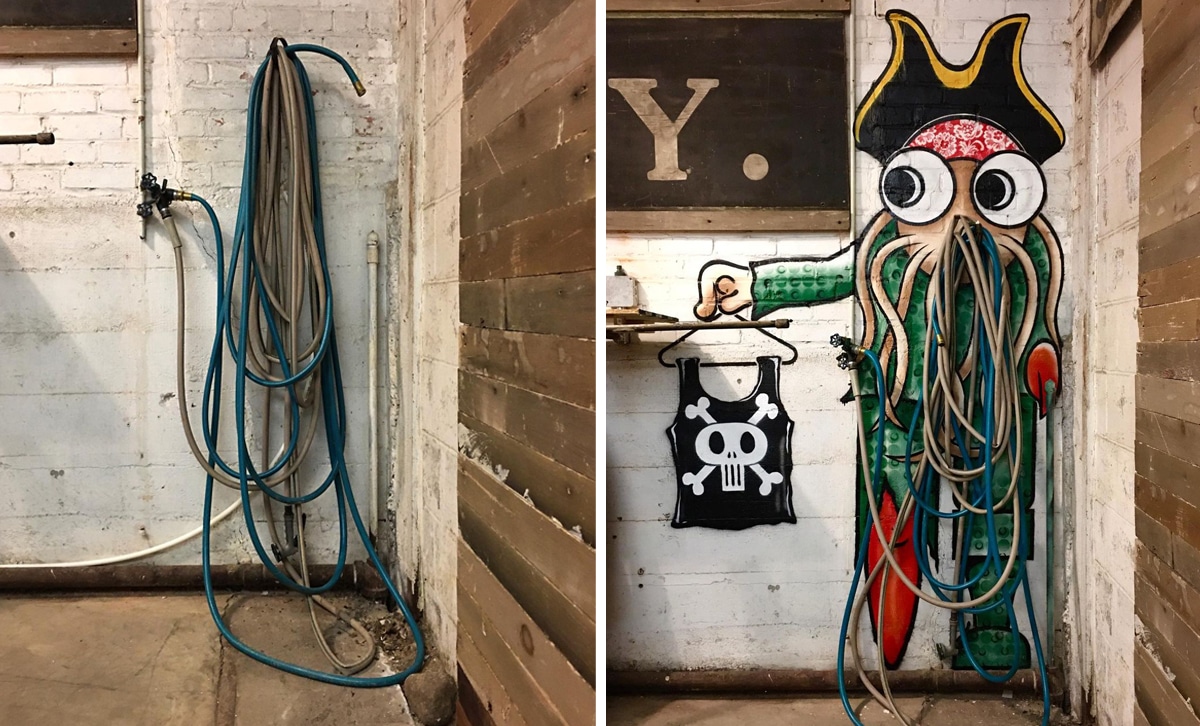