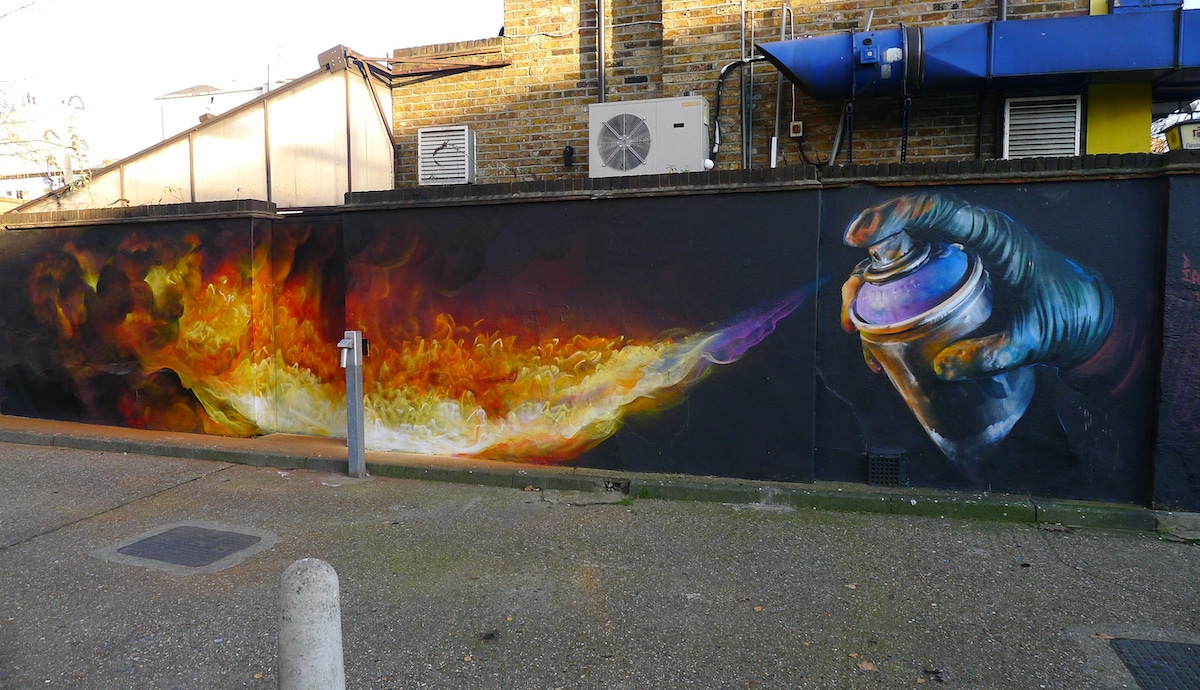 Back in 2014, when British street artist decided to paint something celebrating the power of graffiti, they never could have imagined the impact their work would have. The anonymous artist’s stunning image of a spray can shooting out flames has, in the years since it was painted, become a viral sensation multiple times over. Every few years, an image of the mural, with its expertly painted flames, makes the rounds online.

Located in the Camden area of London, the mural has become a favorite of photographers in the interim years. “Blows my mind so many people have seen it,” the artist tells My Modern Met. “It was mad when it first went up online. I got so many notifications it killed my phone battery. To this day, I’ll meet strangers when I’m out painting who’ll pull their phones out and show me their background and it’s that fire piece.”

It speaks to Irony’s skillful execution and full mastery of spray paint that they were able to render such a realistic image. As a gloved hand tilts the can toward the viewer, giving the piece depth, we see the purple paint as it transforms into glowing flames. For Irony, who is known for their photorealistic style, the flames were the easy part. Their natural, organic shape made them much easier to create than the hand and can itself.

Fire is a recurring theme in the artist’s work. Recently, Irony released a giclée print of , which shows an almost bionic arm holding a can as it shoots glowing green paint into the darkness. Another piece, painted for , sees the artist cleverly transforming an abandoned van into a lighter, complete with flames shooting out of the windshield.

This mural by British street artist Irony has continued to go viral since it was first painted in 2014. 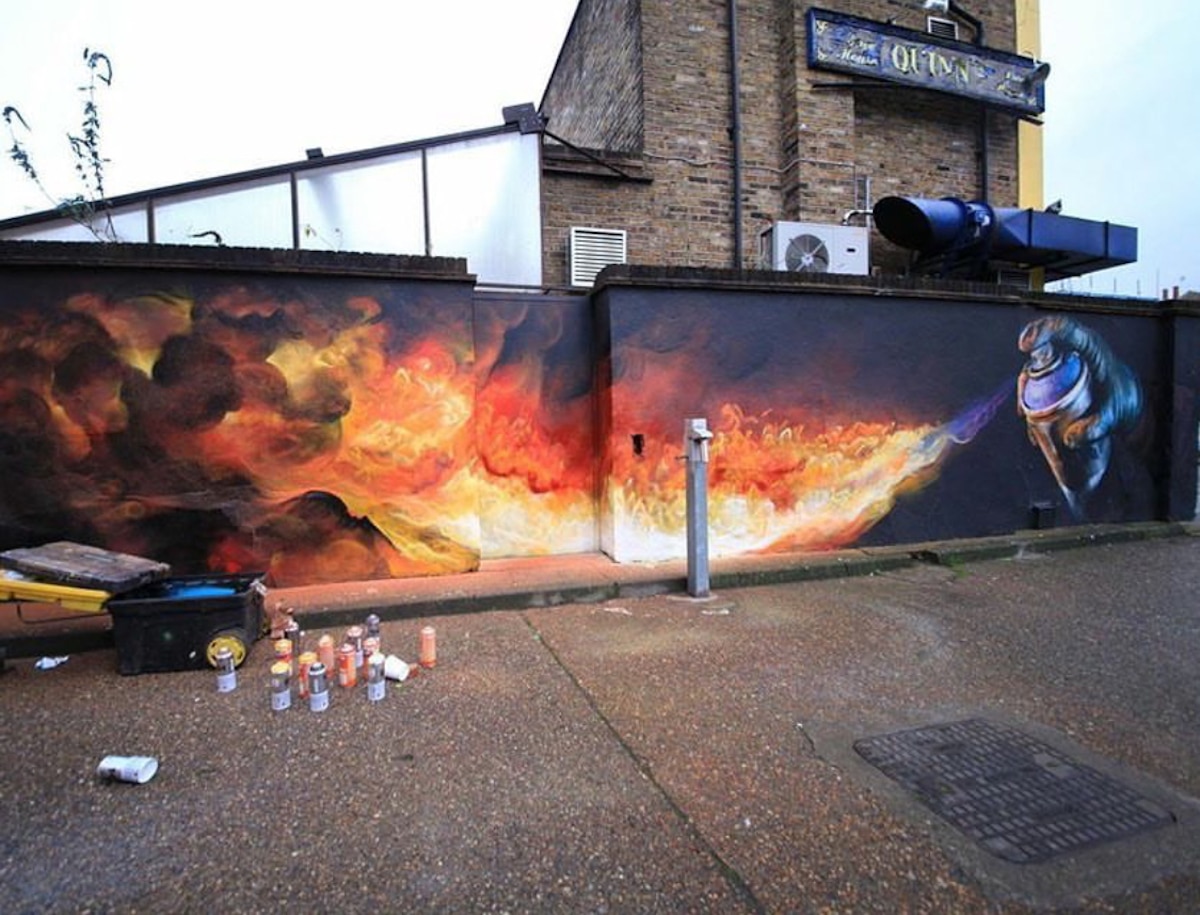 Flames are a recurring theme for the anonymous artist. 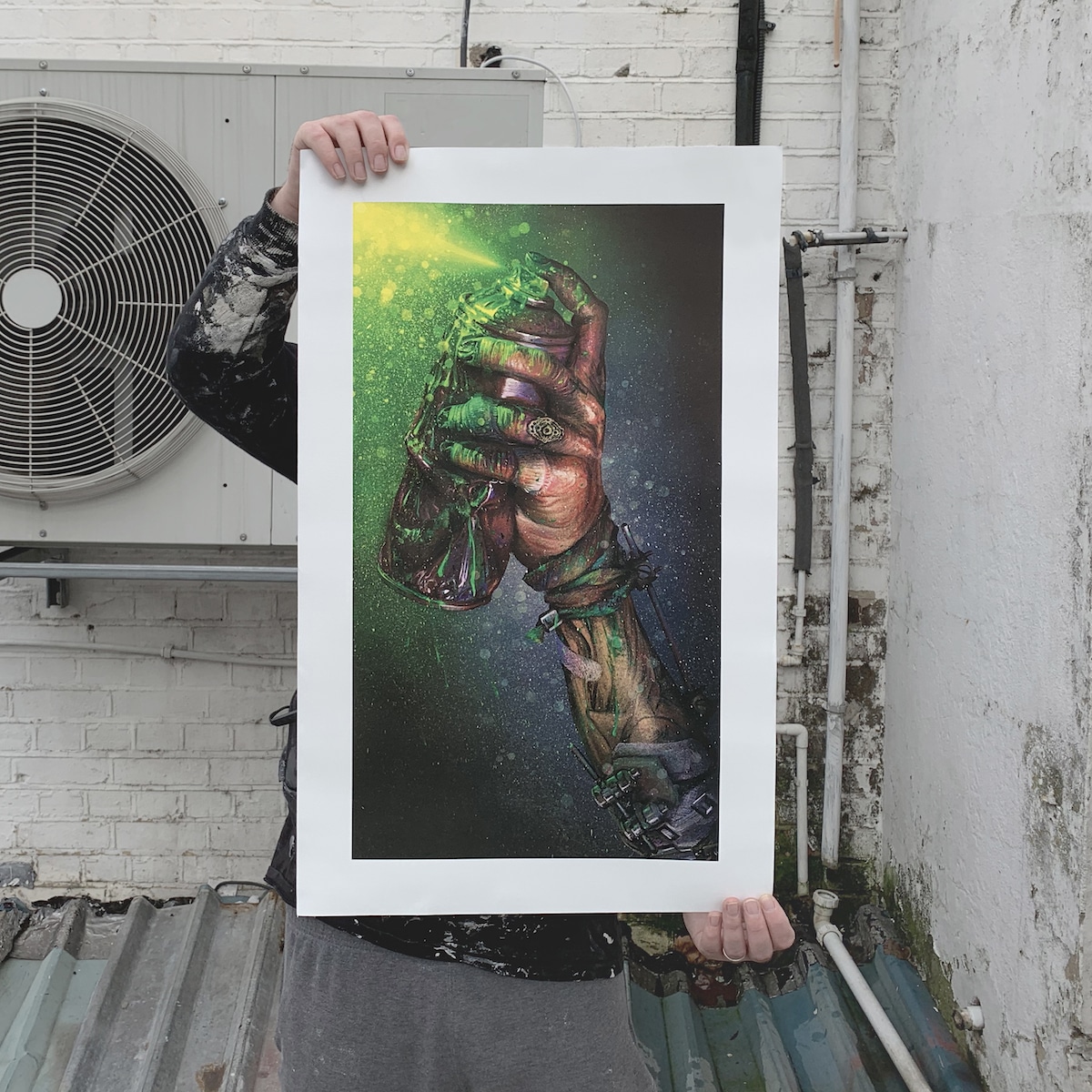 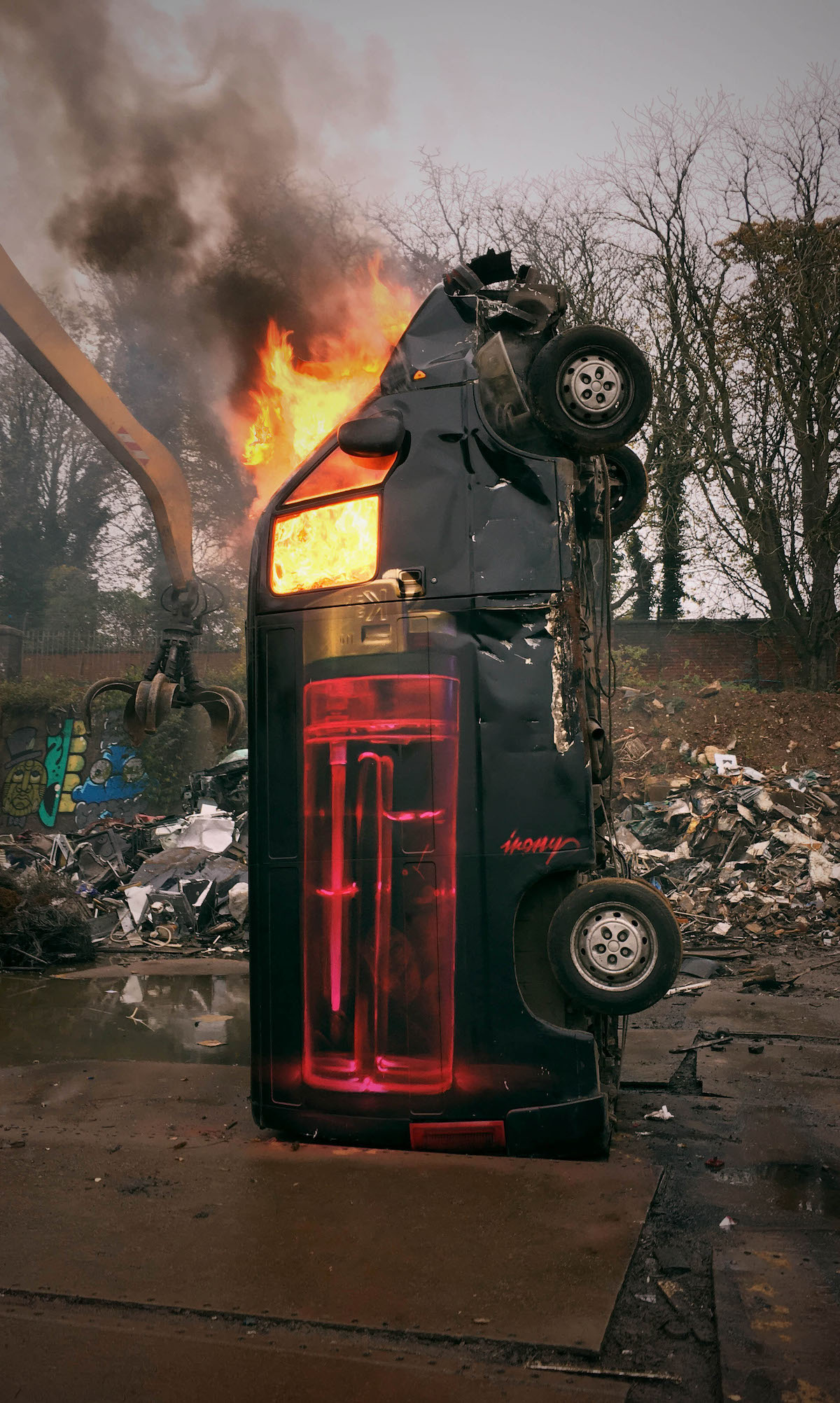 The artist, who often paints portraits, is known for their photorealistic style.

My Modern Met granted permission to feature photos by Irony.